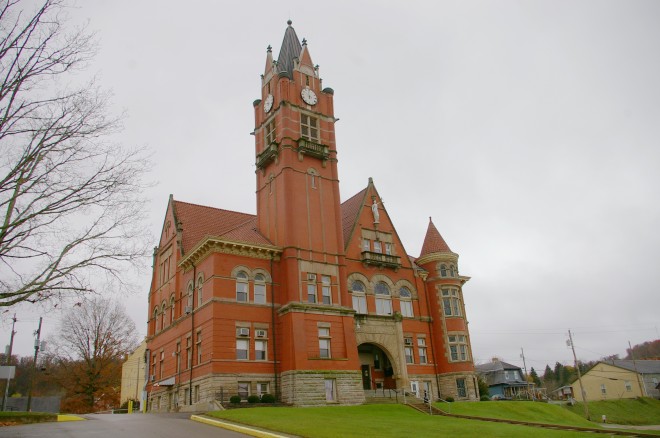 Doddridge County is named for Phillip Doddridge, who was a United States Congressman from Virginia.

Description:  The building faces northeast and is a three story red colored brick, stone and concrete structure. The building is located on spacious grounds in the center of West Union. The northeast front has a high central tower rising to a clock and steep roof. On the west side of the tower is the large stone arched entrance. The northwest corner has a round tower with conical roof. Above the entrance are three large arched windows and on the third story is a balcony with windows and a Statue of Justice below the gabled roof. The building features stone carvings by James Grant. In the interior, the major display of stained glass in the central portion of the building is seen in the arched heads of the tripartite window openings above the landing of the major stairway leading to the large second story courtroom. The rose hues of these windows (with touches of lavender and red) match the coloration of the veined, rose marble wainscoting. The octagonal courtroom is a large space whose principal ornamental features are classical in style. The front and sides of the room are centered with high Palladian-style recessed openings, the spandrels of which are adorned with roundels containing murals (on fabric) depicting patriotic themes. A large mural centered with a figure of “Justice” holding the scales of justice dominates the wall behind the dais and the bench. The cornice and classical-style wall recesses have not been impaired and the general ambience of the entire space, including the cast iron and wood seating, is turn-of-the-century. The building houses the County Circuit Court of the 3rd Judicial Circuit, County Magistrate Court and County Family Court. The building was renovated in 2017 by Marian & Richards of Pittsburg.

History:  The county was created in 1845 and West Union was selected as the county seat. The court first met in the home of Nathan Davis in 1845.  The first courthouse was a two story frame structure built in 1849. The courthouse was destroyed by fire on November 27, 1898. The second and present courthouse was constructed in 1899 to 1903. 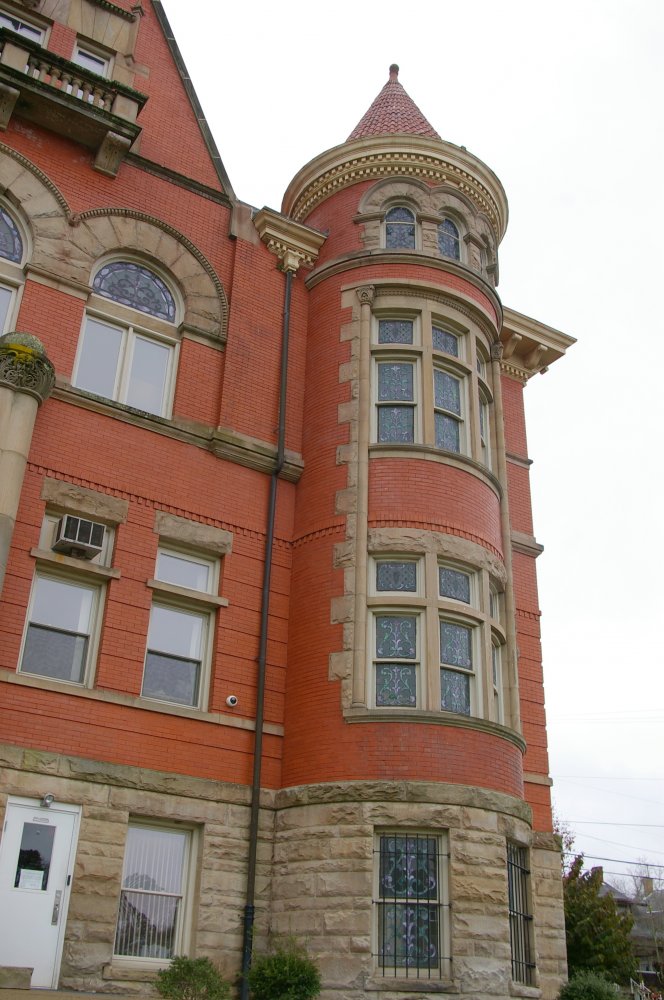 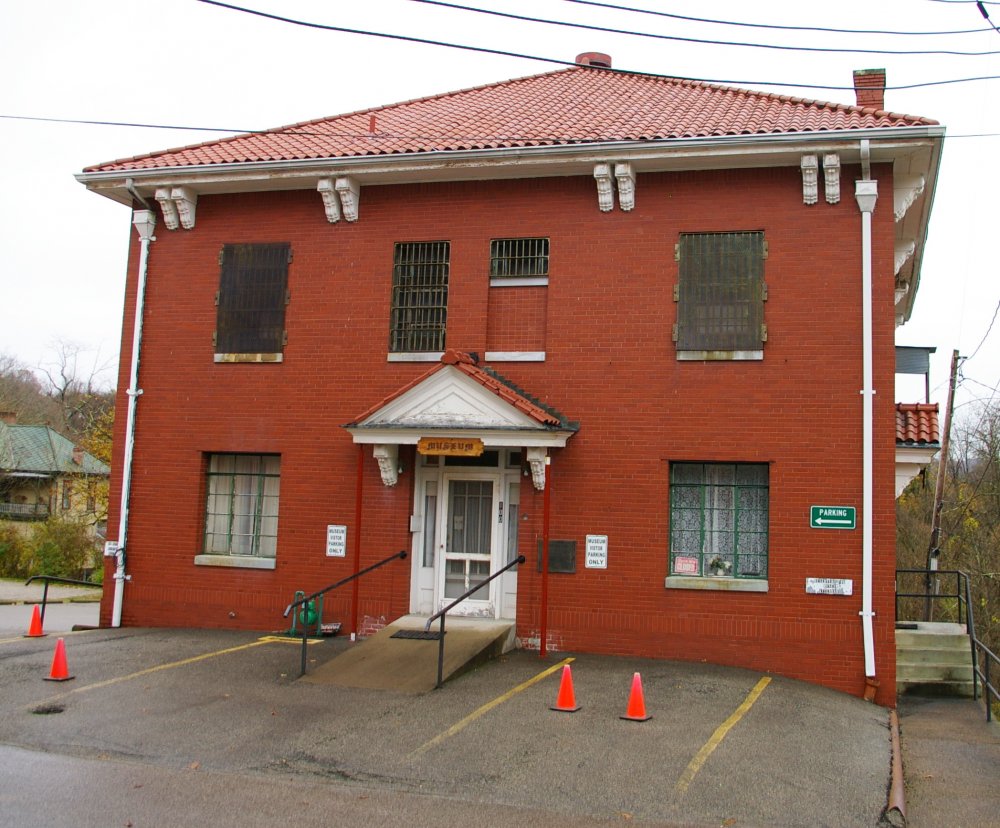