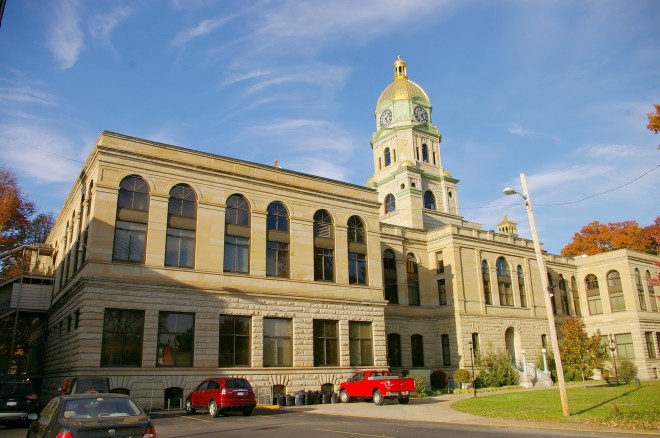 Cabell County is named for William H Cabell, who was a Governor of Virginia. 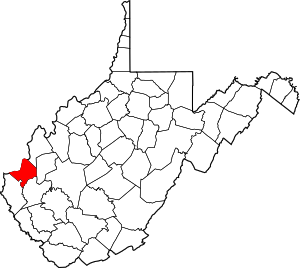 Architect:  Gunn and Curtis of Kansas City, Missouri and James Stewart of Huntington

Description:  The building faces north and is a two story sandstone and stone structure. The building has high arched windows on the second story and a projecting entrance on the south center. Two wide green colored cooper domes are above the east and west wings. In the center rises a high tired clock tower with gold colored dome.The building houses the County Circuit Court of the 6th Judicial Circuit, County Magistrate Court and County Family Court.

Note:  In 1923, construction was undertaken on the west wing. The contractor was awarded  King Lumber Company. On August 22, 1938, Frampton & Bowers, architects, were hired to prepare the plans for the new jail and for an east wing to the Courthouse. On December 28, 1938, the contract was awarded to Engstrom and Wynn of Wheeling, West Virginia. It was completed March 16, 1940. 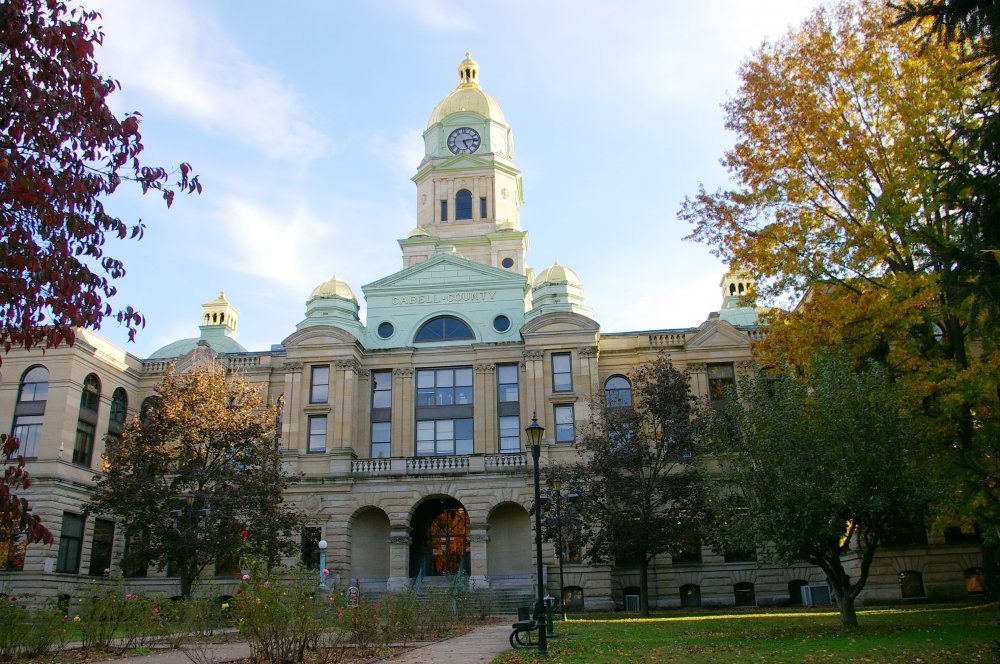 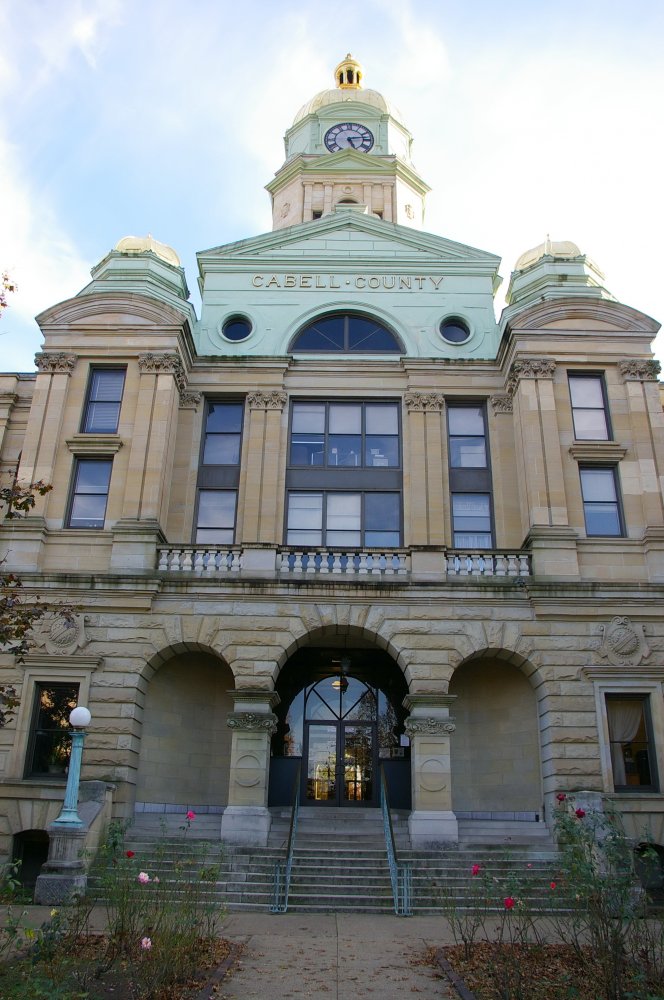 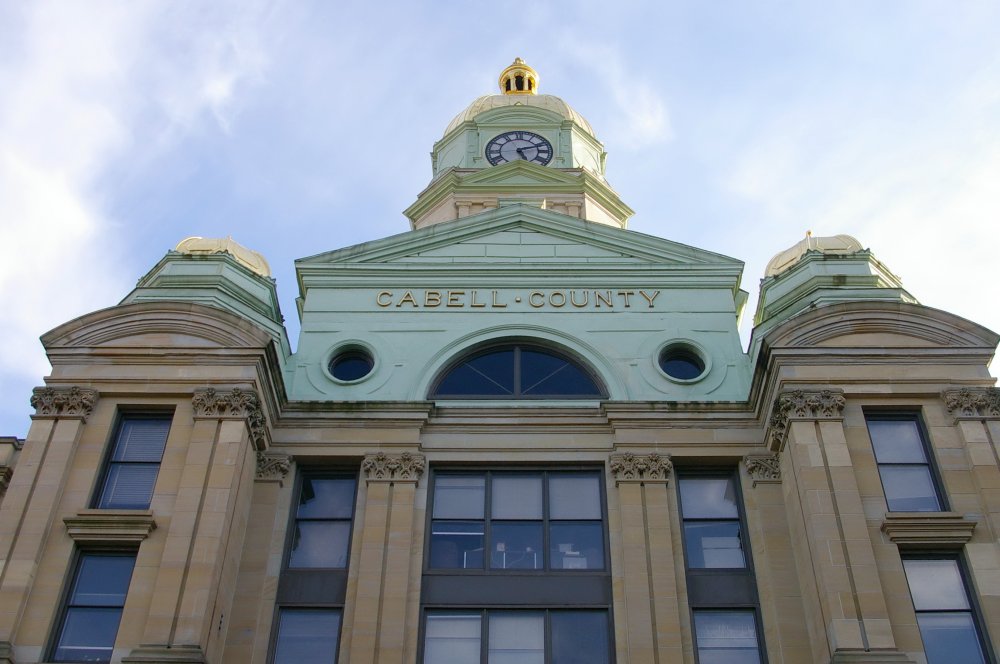 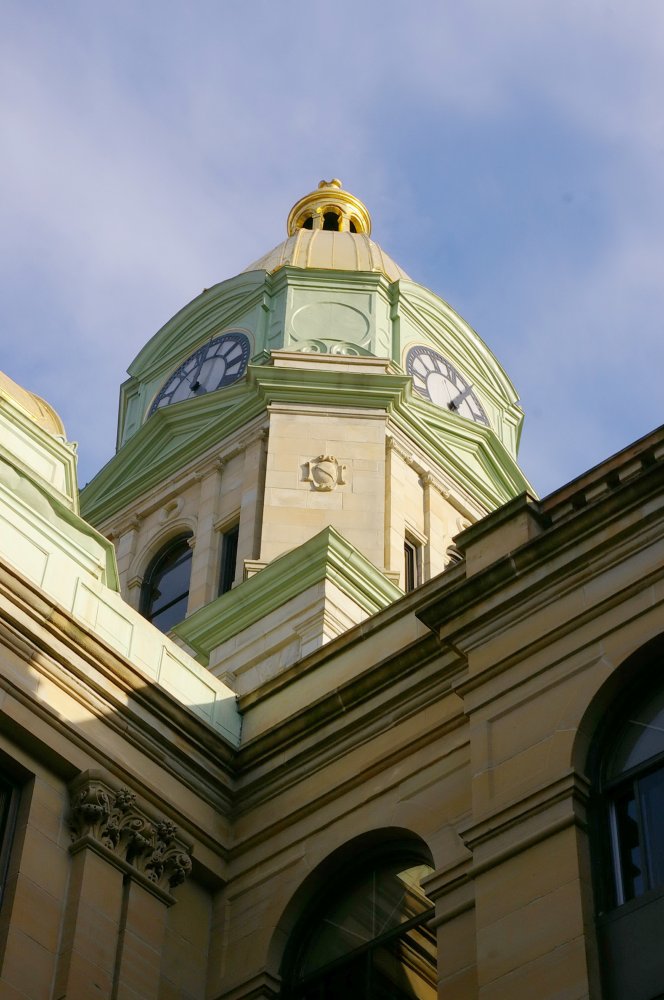 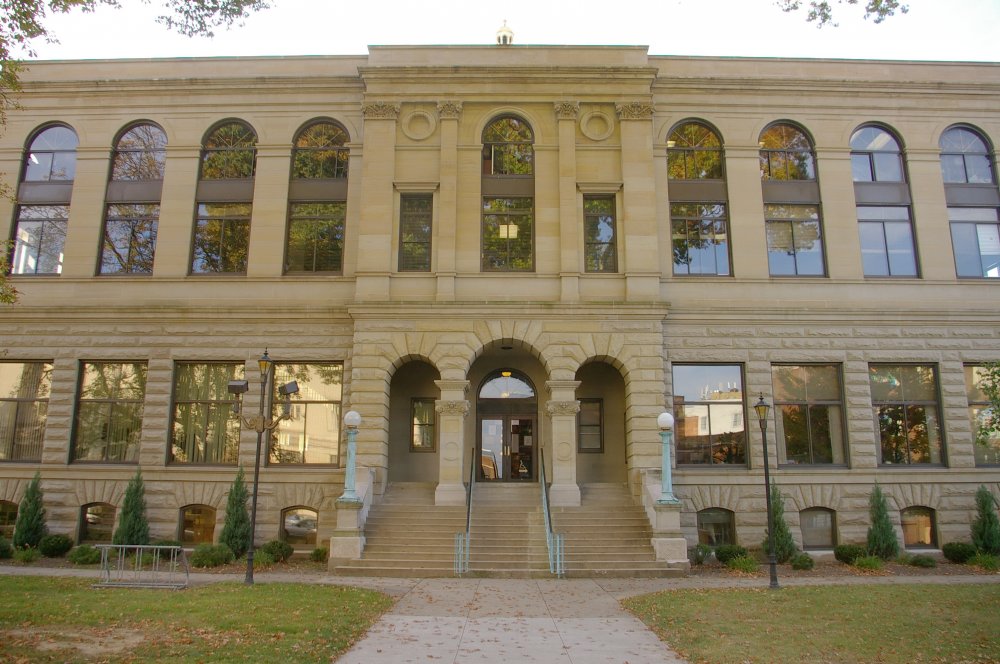 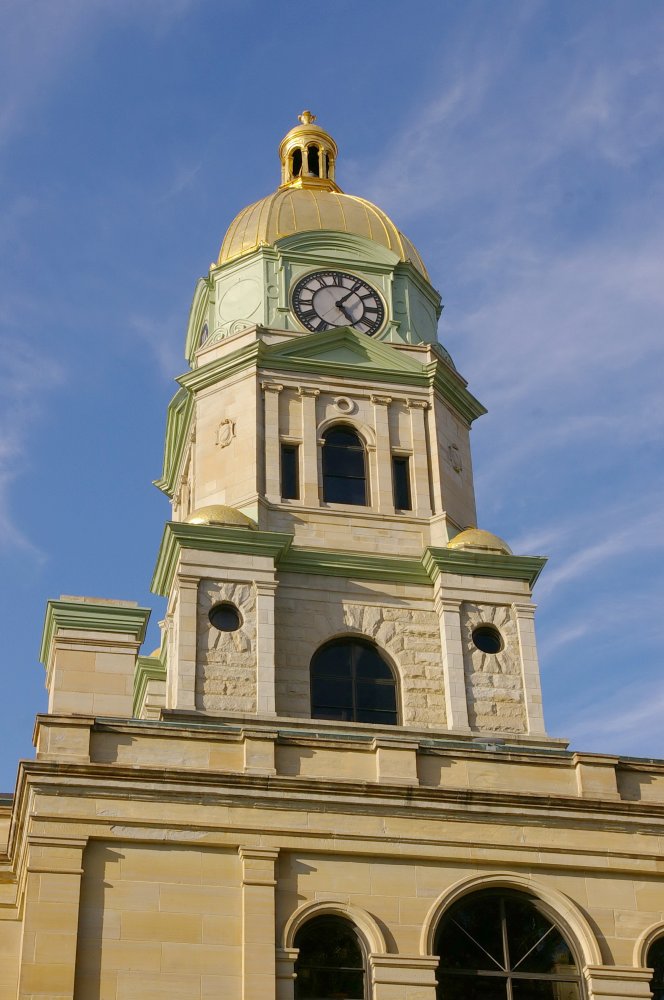 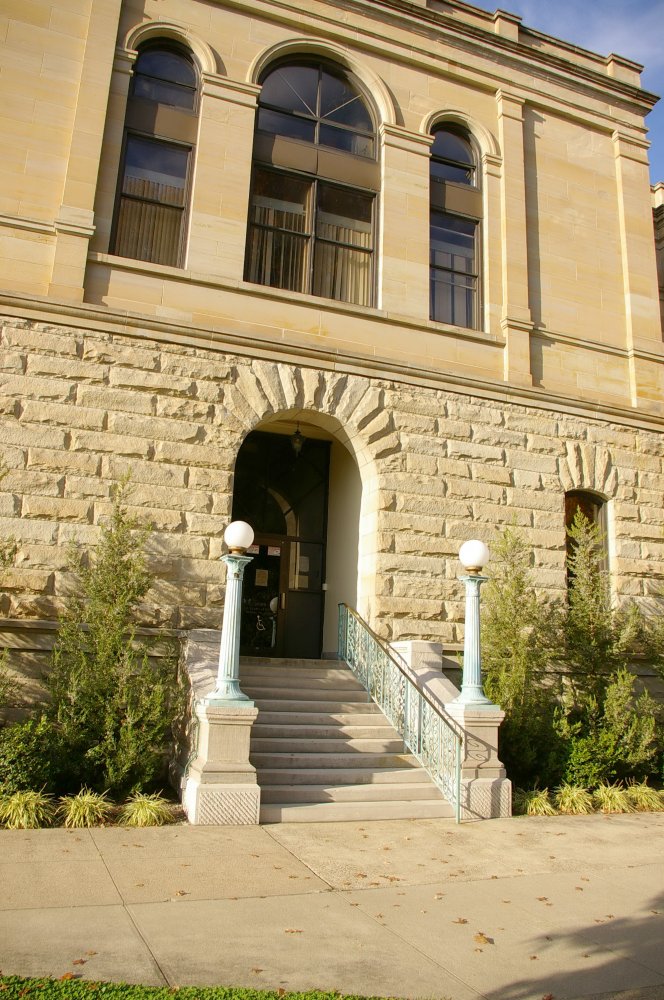 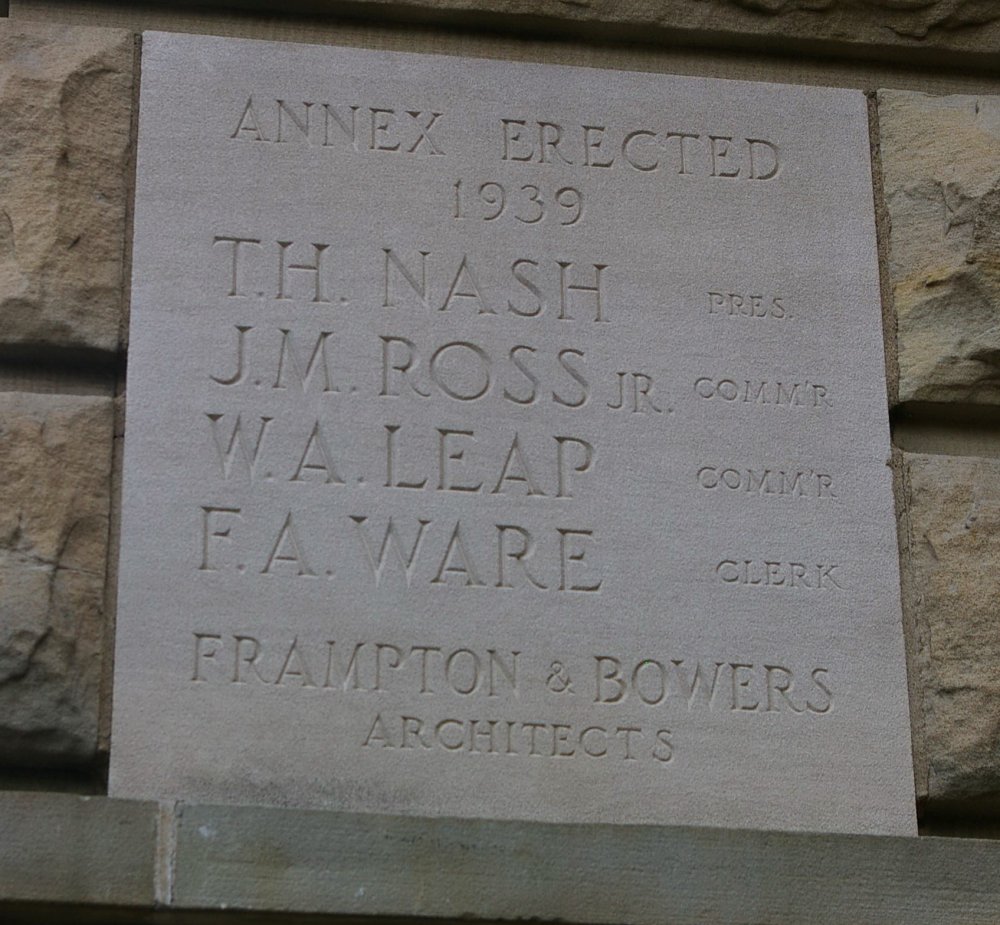 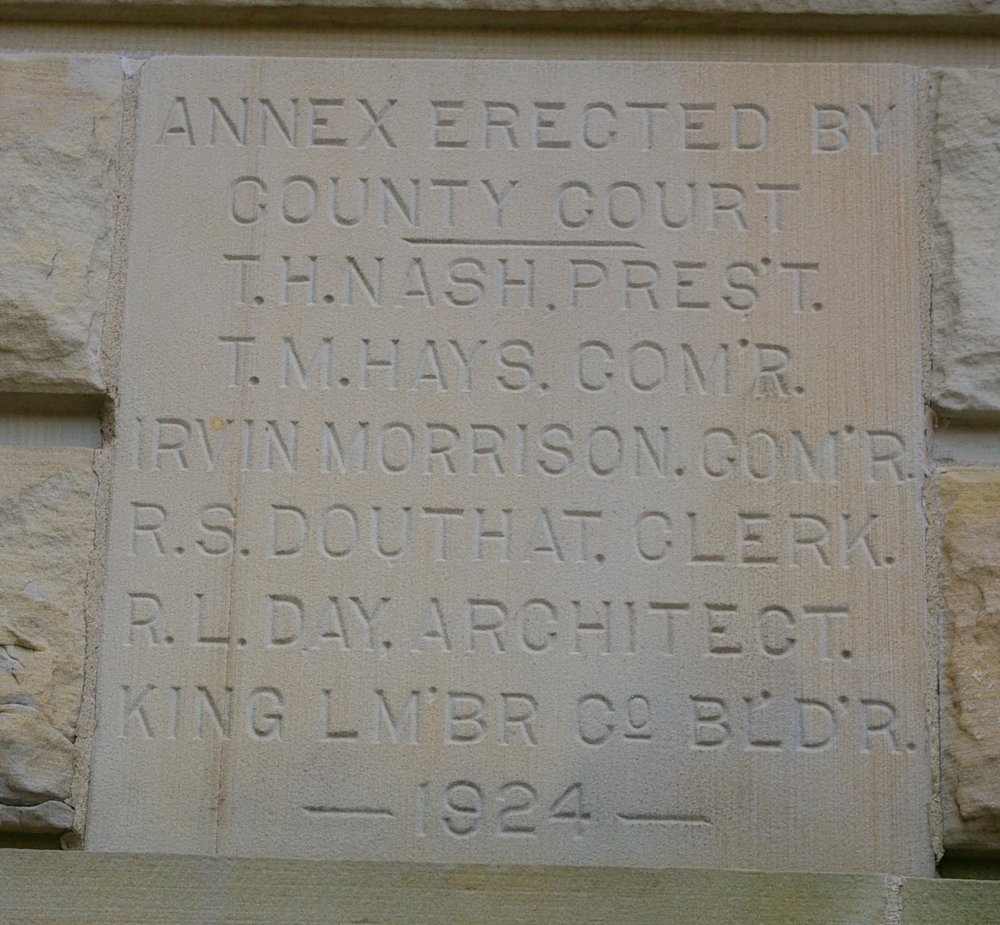