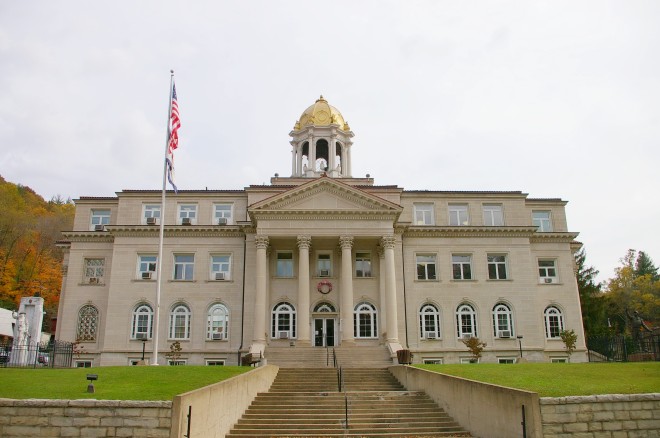 Boone County is named for Daniel Boone, who was a frontiersman. 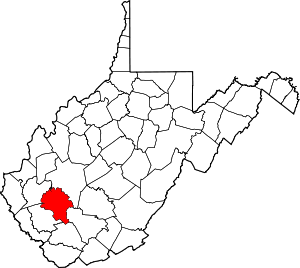 Description:  The building faces west and is a three story Indiana limestone and concrete structure. The building is located on landscaped grounds in the center of Madison. The west front has a large portico with four Corinthian columns rising to a pediment at the third story. A wide cornice runs below the third story. North and south sections project from the main building. On the center of the roof is a large open cupola with gold colored dome. The roof line is flat. In the interior, the courtroom is located on trhe second story and has a rear two-level seating area. There is a corresponding balcony above the bench. The fluted piers feature a hardwood frieze embellished with triglyphs. There is a large skylight occupying the center-most part of the nine large ceiling panels. The building houses the County Circuit Court of the 25th Judicial Circuit, County Magistrate Court and County Family Court. The building was renovated in 1877. 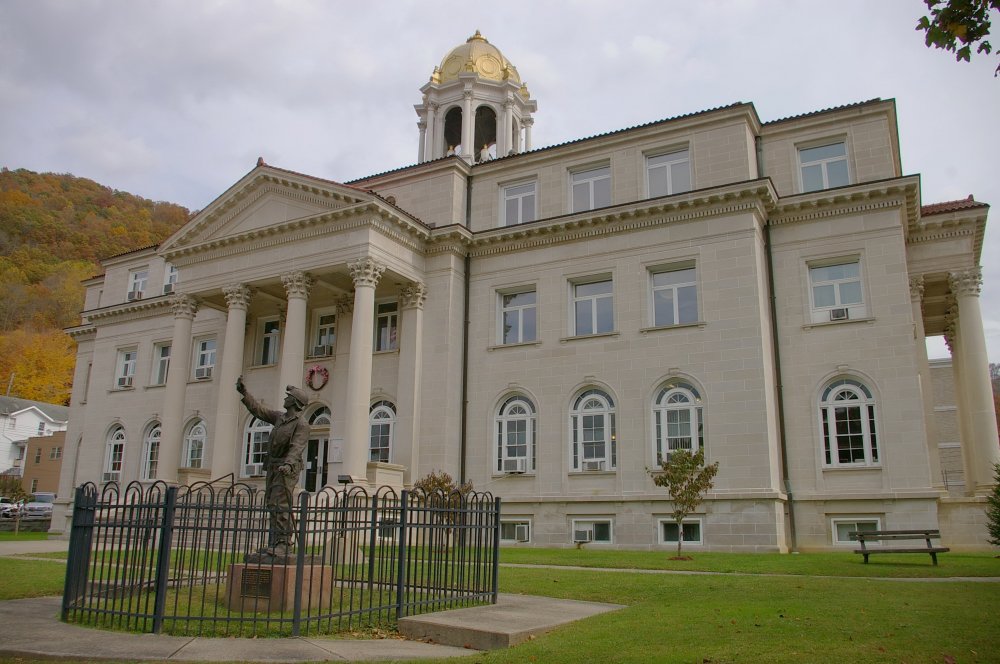 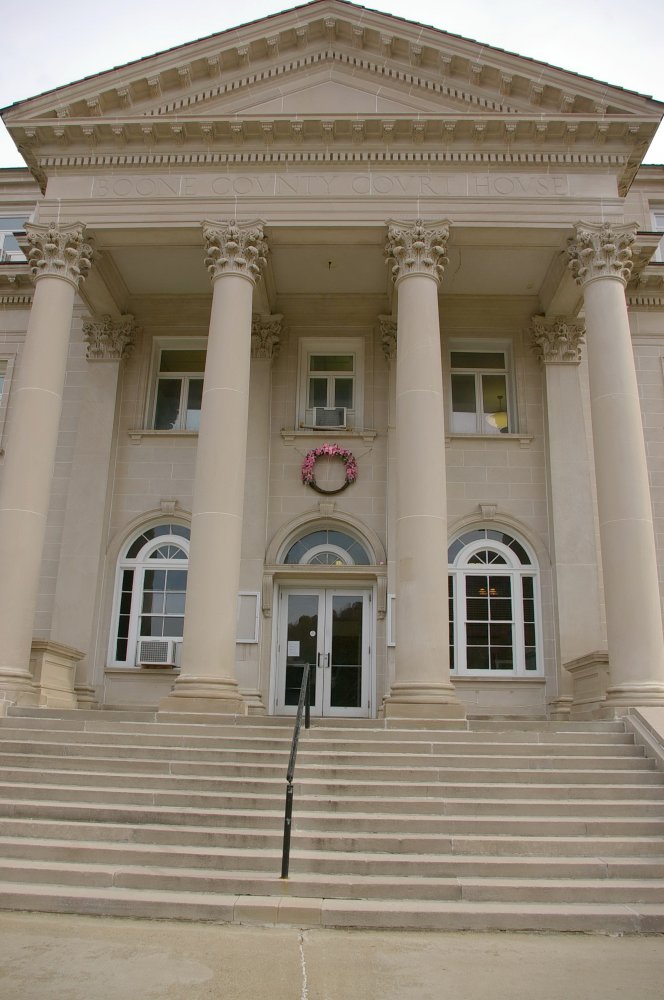 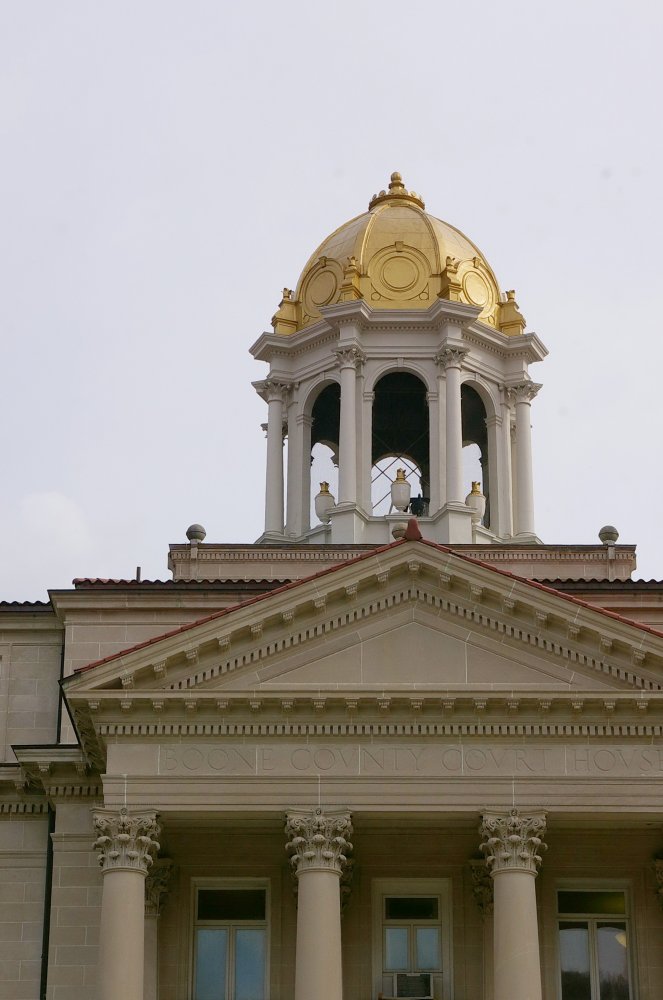 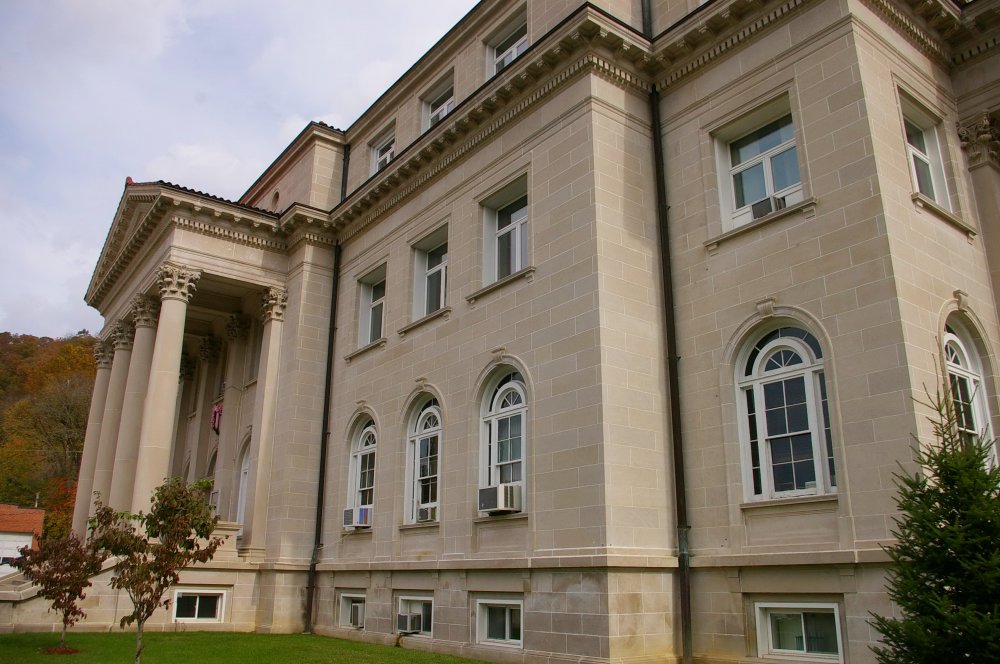