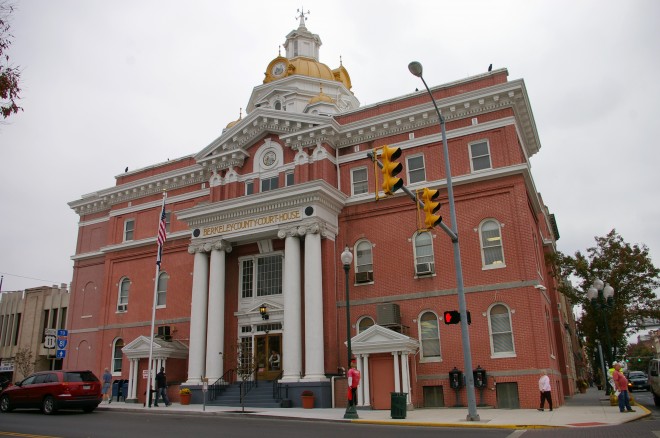 Berkeley County is named for Norborne Berkeley, who was a Royal Governor of Virginia. 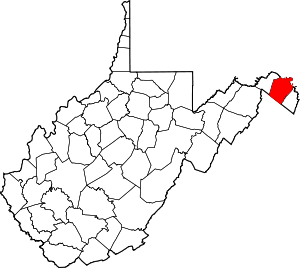 Description:  The building faces south and is a three story red colored brick and stone structure. The building is located in the center of Martinsburg. The south front has a central entrance flanked by double columns rising to a header at the top of the second story. Above is ornamentation with a projecting pediment at the roof line. On the first story are smaller double columns porticoes with pediments at the top of the first story. A wide cornice runs below the roof line. On the center of the roof is a large dome with gold colored roof and small cupola at the top. The windows on the first and second story are arched. The interior has pressed ceilings. The third story was added in 1880 to 1881 with George D Whitson as architect. The building was remodeled in 1908 to 1909. The architect was Frank Pierce Milburn of Washington DC. and the contractor was S A Westerhaver of Martinsburg. During construction, the superintendent architect was George D Whitson who had constructed a new roof for the building in 1880. The building was renovated in 2000. The architect was Profitt & Pryor and the contractor was W Harley Miller. 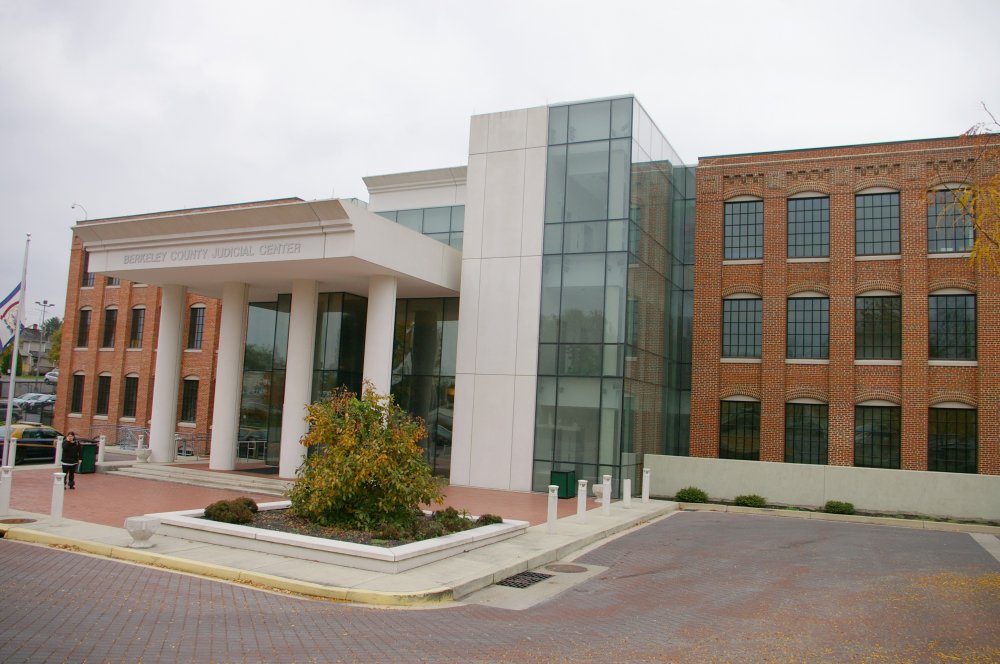 Description:  The building faces south and is a four story red colored brick, timber, concrete and glass structure. The building is located in the center of Martinsburg to the southwest of the courthouse. The building was completed in 1927 as a “U” shaped woolen mill. In 2004 to 2006, the building was remodeled. The south front has a large portico supported by four large columns. The entrance is recessed with glass panels rising to the second story. On the north side is a part stone and glass projection. The roof line is flat. The building houses the County Circuit Court of the 23rd Judicial Circuit, County Magistrate Court and County Family Court.

History:  The county was created in 1772 and Martinsburg was selected as the county seat. The court first met at the Red House owned by Adam Stephen in Morgan Springs. The first courthouse was built by William Brown in 1773 at a cost of 812 pounds. William Brown left the work and James McAllister completed the building in 1779. In 1854, the court met in the old Presbyterian Church on King Street until the second courthouse was constructed in 1855 to 1856 at a cost of $18,000. In 1908 to 1909, the courthouse was remodeled at a cost of $21,988. The County Judicial Center was completed in 2004 to 2006. 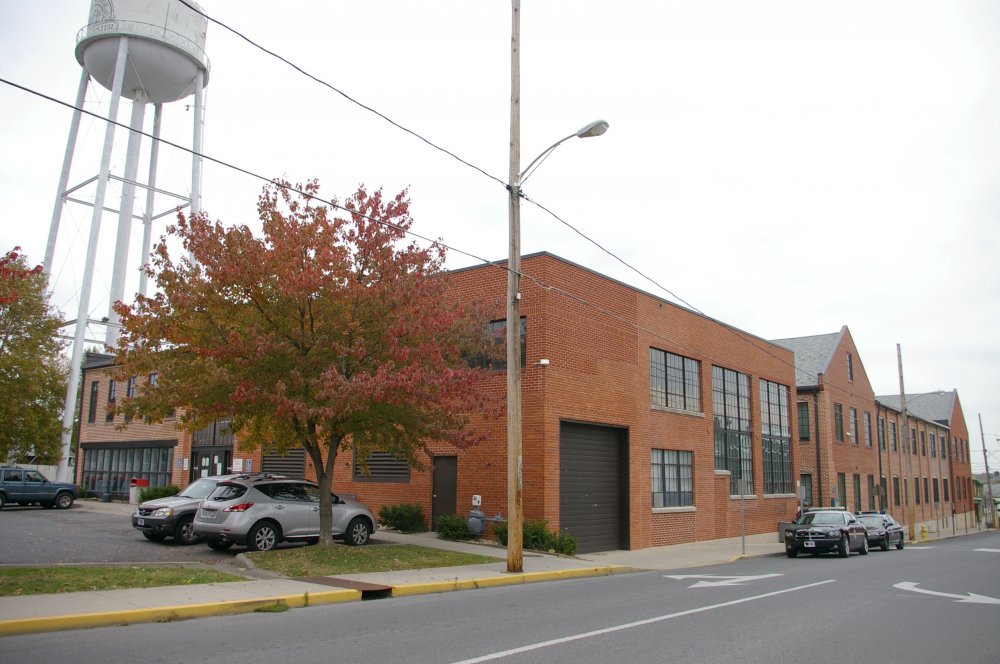 Description:  The buildings face south and are a complex of two and three story red colored red colored brick, timber, concrete and glass structures. The buildings are located in the center of Martinsburg to the southwest of the courthouse and on the north side of the County Judicial Center. The building is named as The Dunn Building and was originally the Dunn Woolen Mill Building. The complex consists of several structures with flat and hipped roofs. The buildings were remodeled in 2004 to 2005. There is a central interior atrium. The buildings previously housed the Blue Ridge Community College and now house the county administration. 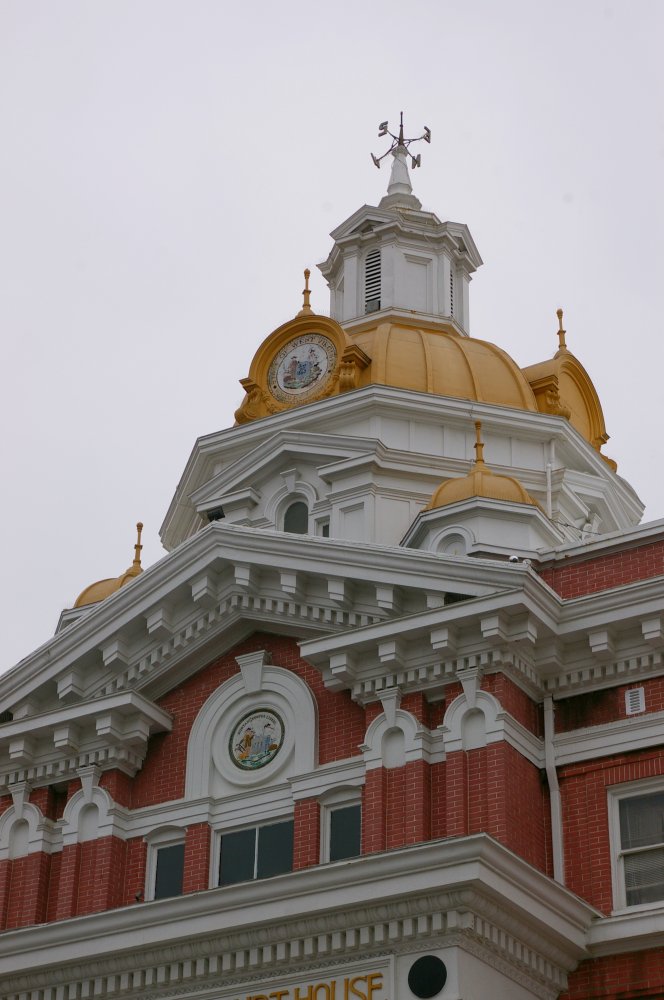 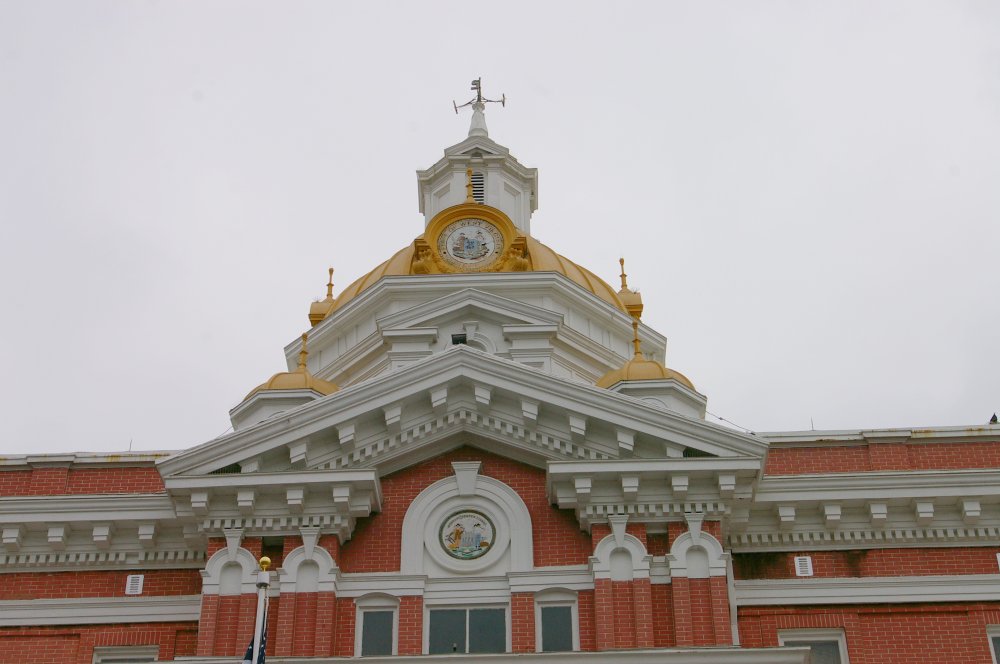 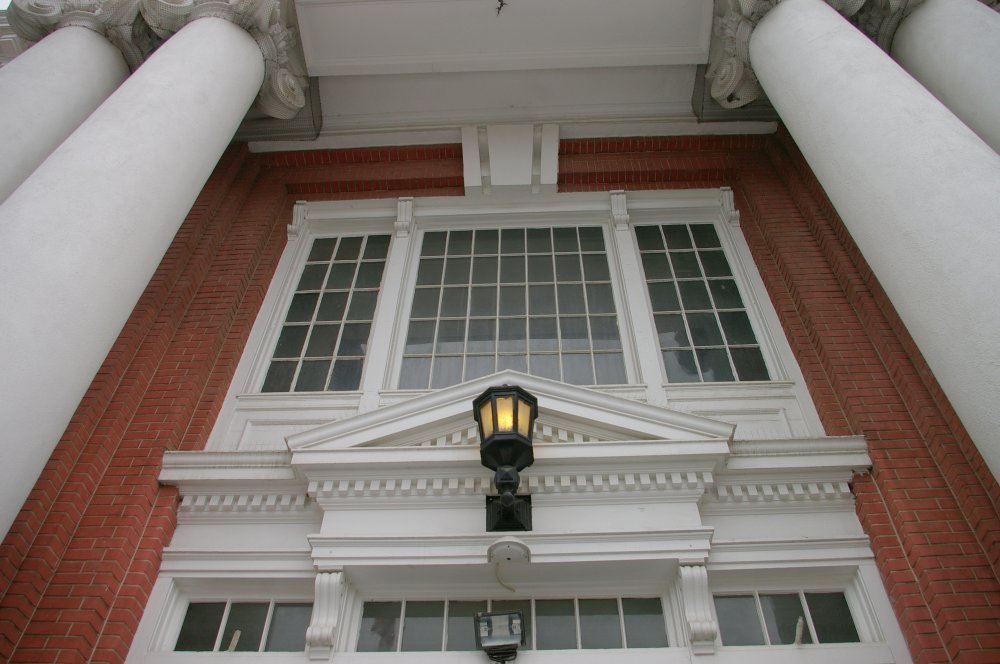 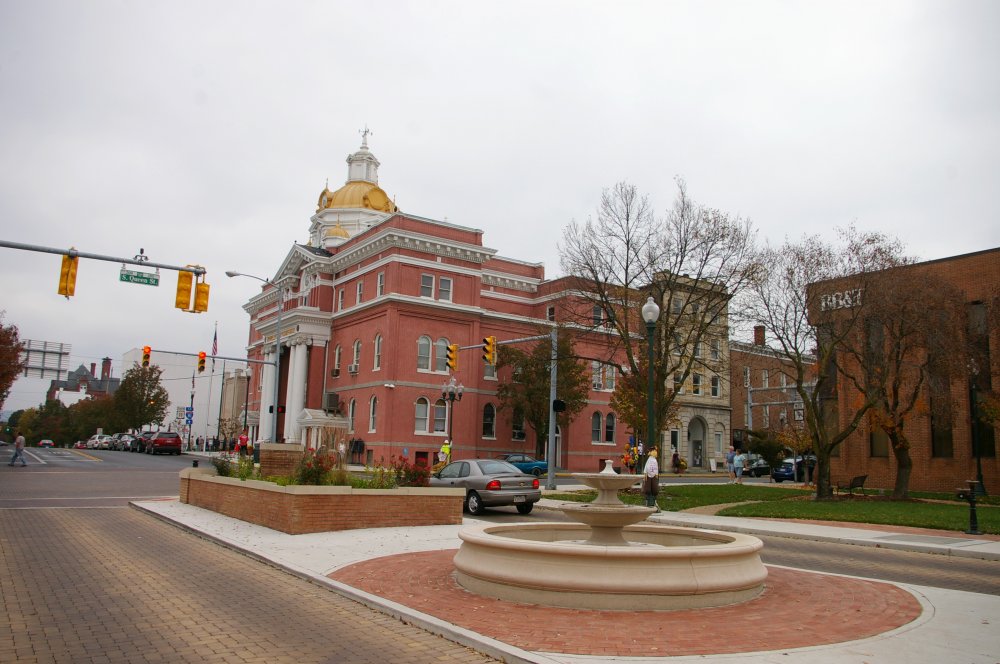