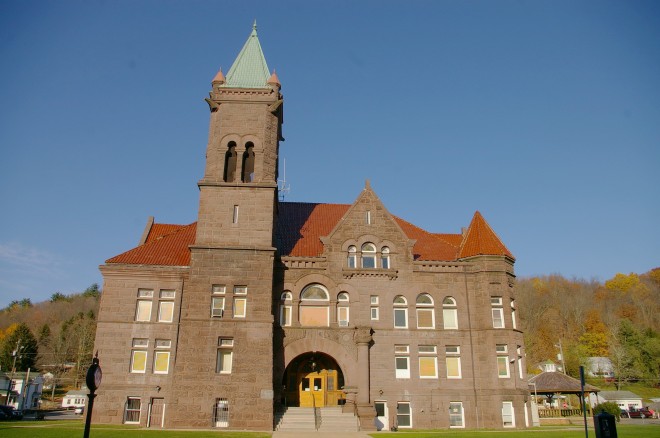 Barbour County is named for Phillip Pendleton Barbour, who was a Speaker of the United States House of Representatives.

Description:  The building faces southwest and is a three story brown colored stone and concrete structure. The building is located on landscaped grounds in the center of Philippi. The rectangular shaped building is constructed of Hummelstown brownstone, a high-quality, medium-grain, dense sandstone quarried near Hummelstown in Dauphin County, Pennsylvania. The southwest front has a central entrance with large projecting arch and recessed doorway. Above on the second story is a large arched window with smaller arched windows on either side. On the north side of the entrance is a four story tower with opening near the top and a steep green colored roof. A stringcourse below the cornice carries above the chamfered corners of the belfry superstructure four gargoyle-like projections. On the south side is a corner tower with steep red colored roof. The red colored roof is hipped with gables. In the interior, the major corridors feature tile-covered floors bordered with a Greek fret motif. Cast metal stair rails are also refinements of note. An octagon, the courtroom on the second story is a grand space. The judge’s dais faces the auditorium behind an arcaded rail and is flanked by smooth columns with enriched capitals. These paired columns are found at four opposite points in the courtroom. The building houses the County Circuit Court of the 19th Judicial Circuit and Family Court.

Note:  The County Magistrates Court is located on the northwest side of the courthouse at 47 Church Street and North Main Street.

History:  The county was created in 1843 and Philippi was selected as the county seat. The first courthouse was a wood-frame Greek Revival structure designed by William K Hall and built byJohn S Murdock, Amos Carroll and William Carroll in 1843 to 1844. The second and present courthouse was constructed in 1903 to 1905. 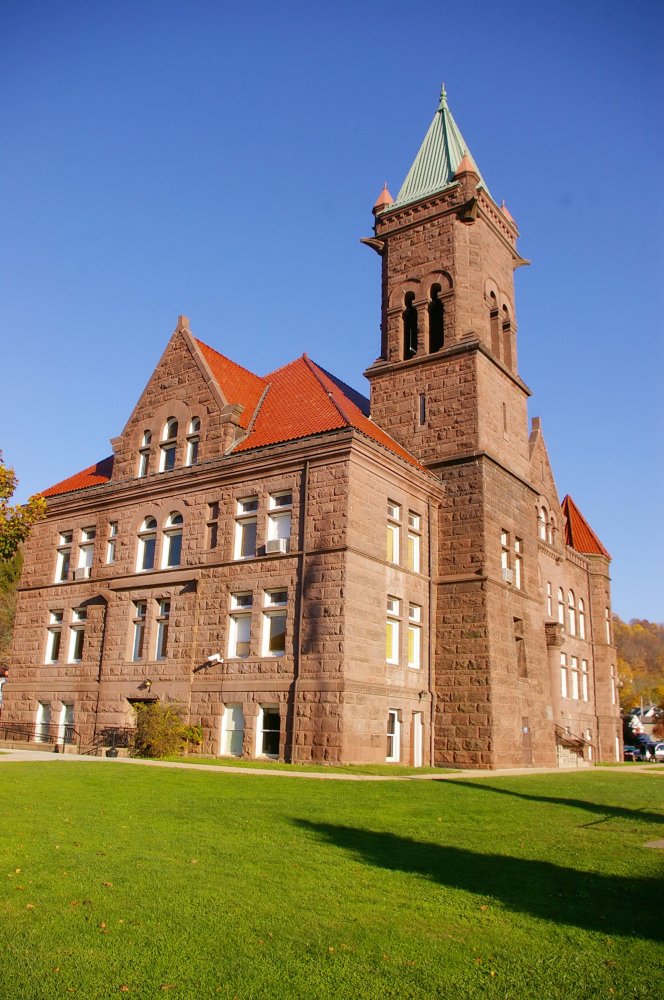 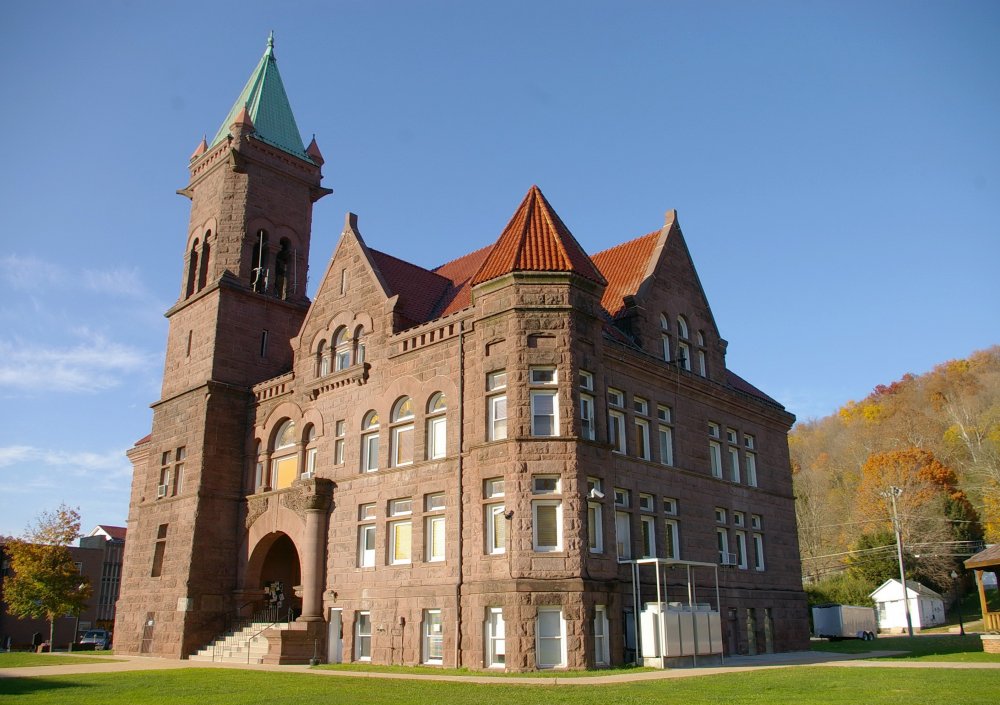 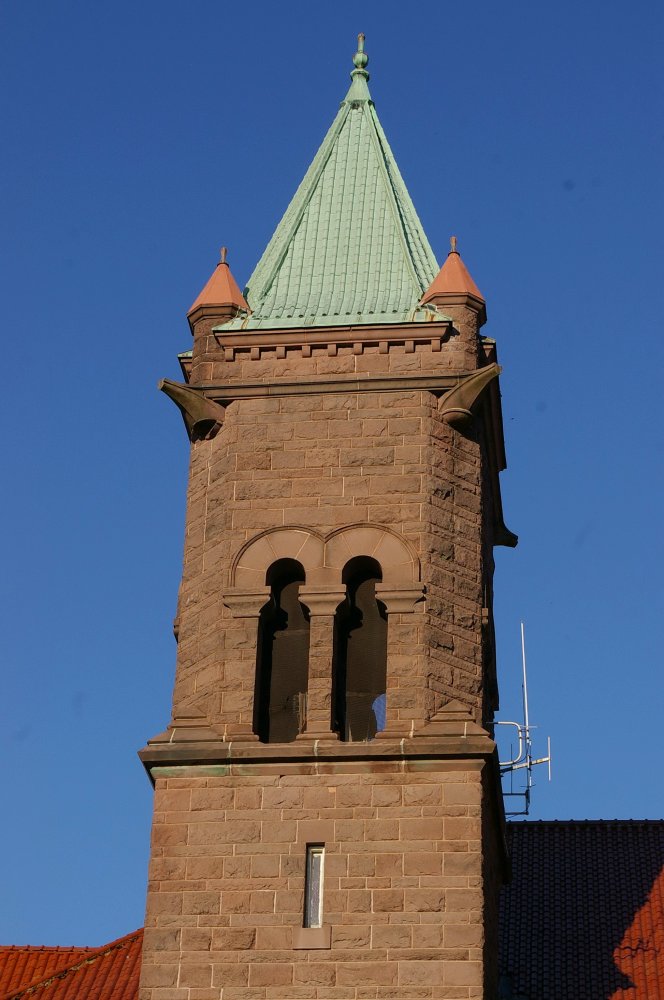 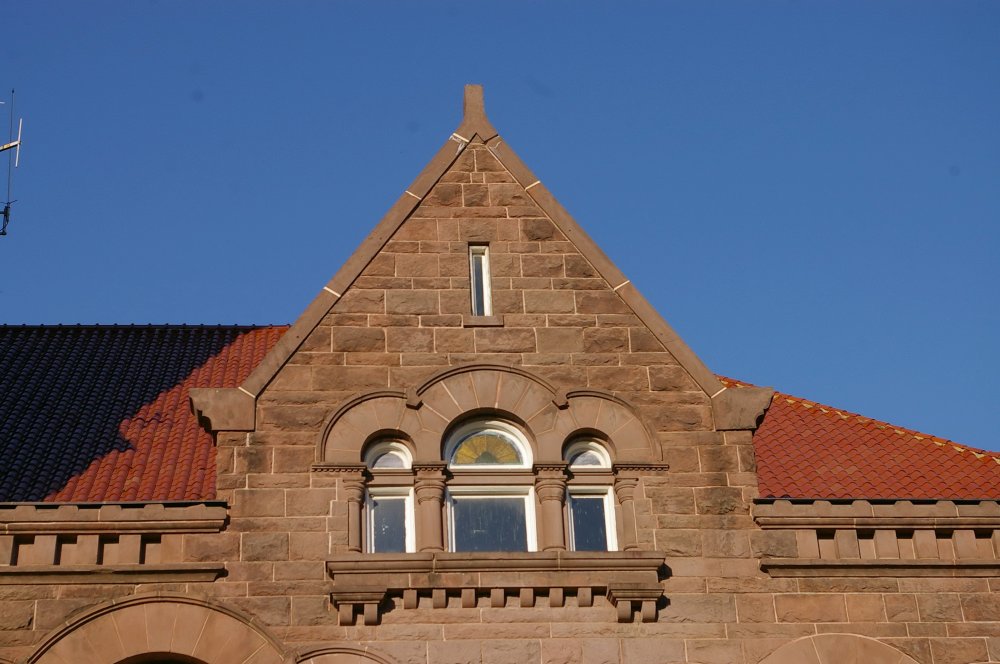 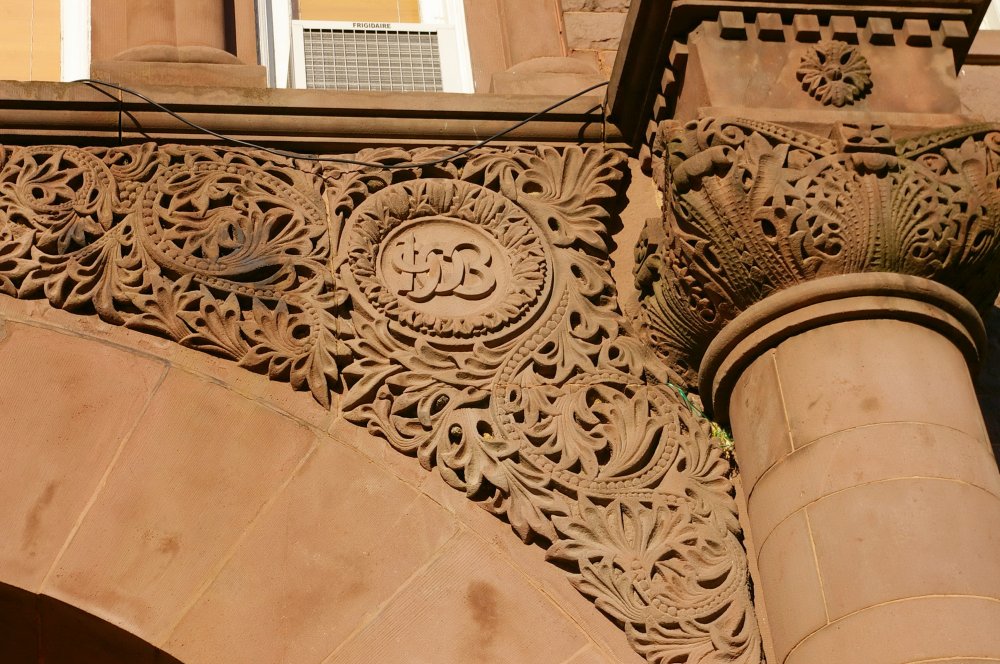 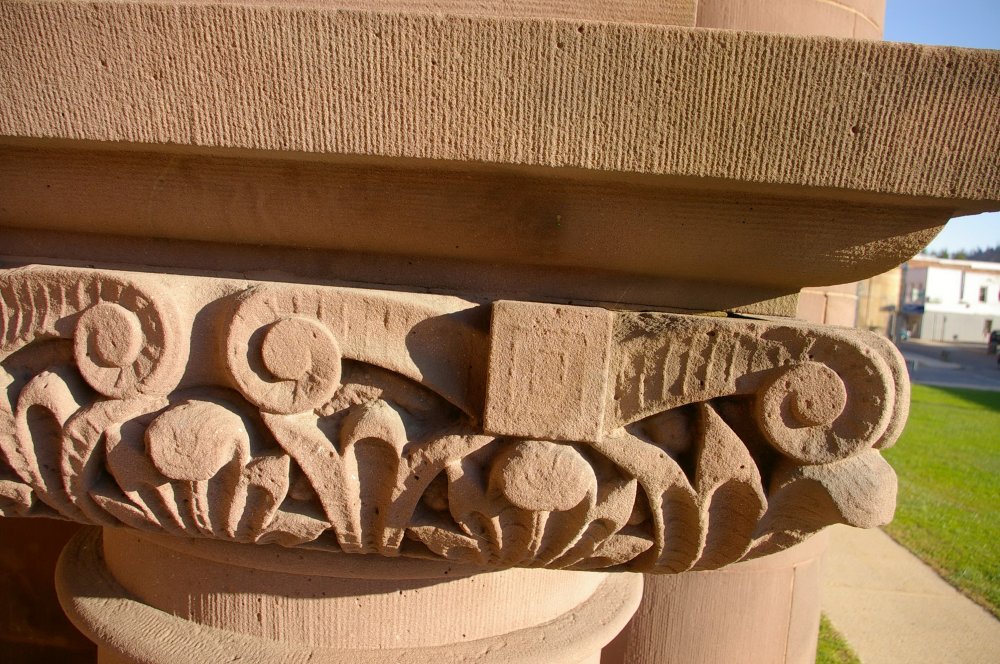 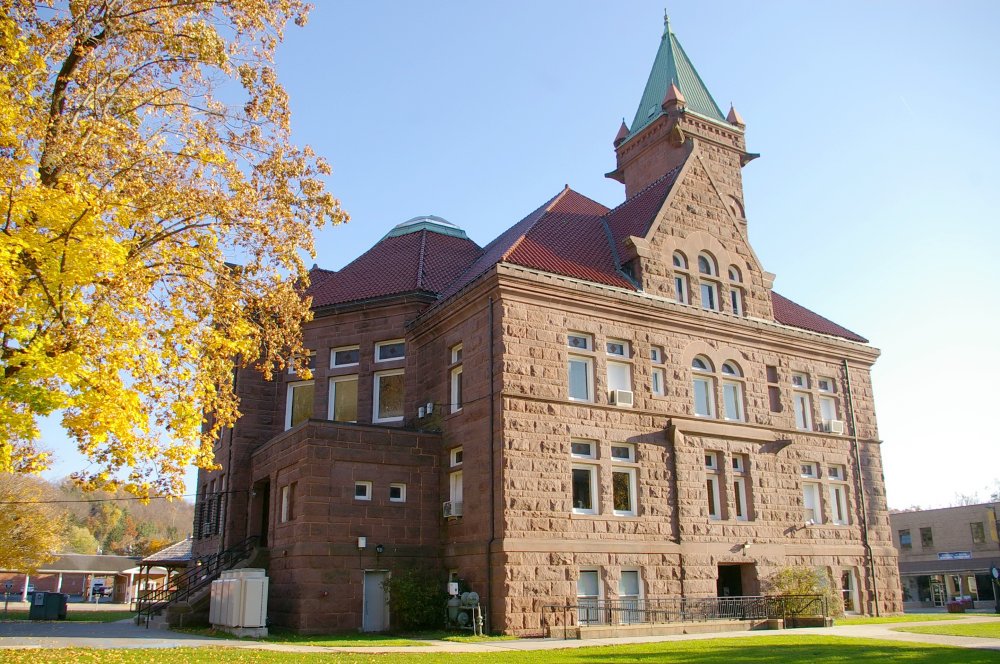 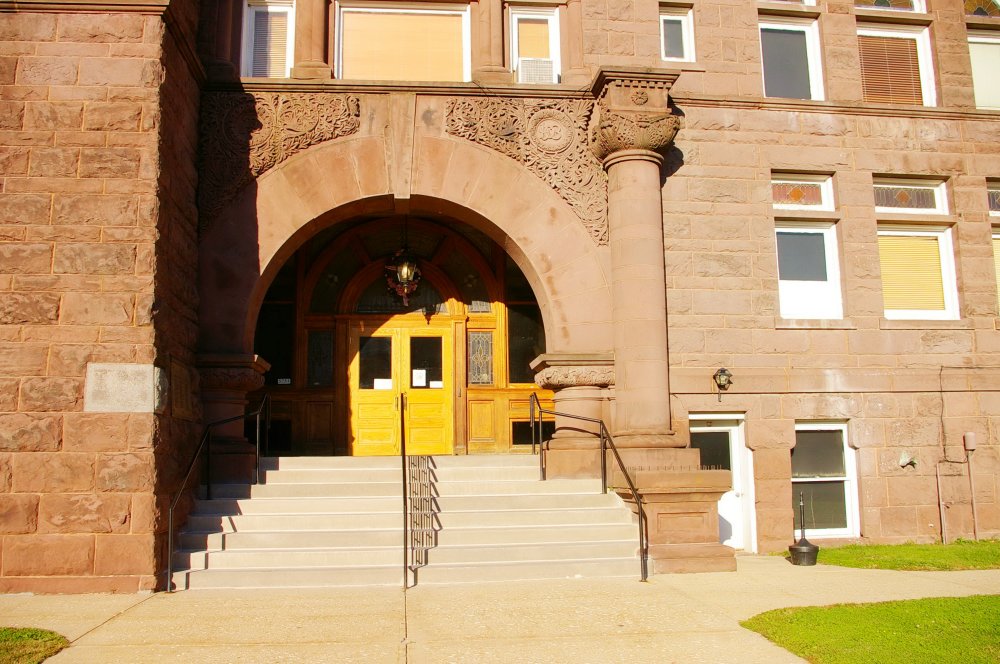 Magistrates Court located in building on the left