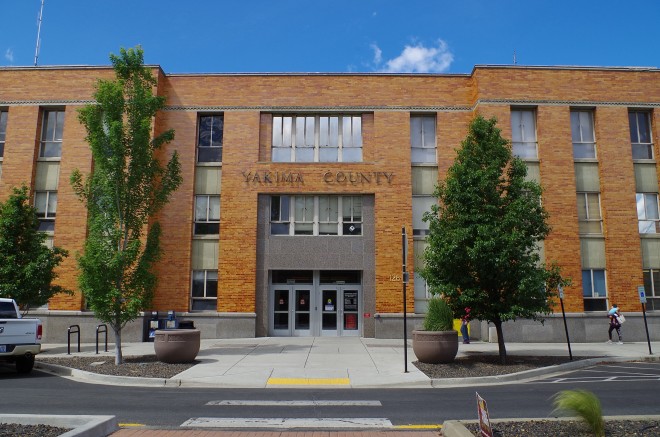 Yakima County is named for the Yakima Native American tribe and the word means “runaway” which is based on a native legend about a chief’s daughter from Moxie who fled from her home after breaking a tribal rule.

Description:  The building  faces  east and is a three story red-orange colored brick  and concrete structure. The building is located in the center of Yakima. The building has a gray colored stone base and vertical red colored brick dividers between the windows. The central entrance is recessed and the roof line is flat. The building was constructed on the east side of the 1907 courthouse as an addition and became the courthouse in 1964 when the old courthouse was demolished.. 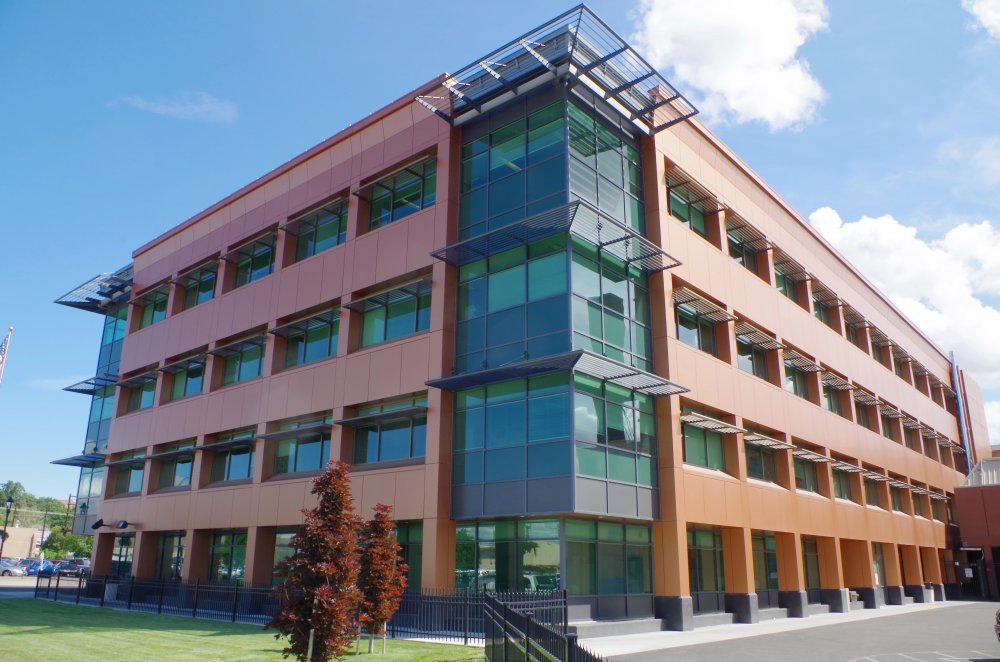 Description:  The building  faces north and is four story dark red colored brick, concrete and glass structure. The building is located in the center of Yakima and is connected to the courthouse on the east side.  The entrance is at the northwest corner with dark blue colored glass rising to the roof line. The horizontal windows are recessed. The roof line is flat. The building houses the courtrooms on the second and third stories. The building exterior was remodeled in 2011. The architect was Architects Rasmusen Triebelhorne of Seattle, 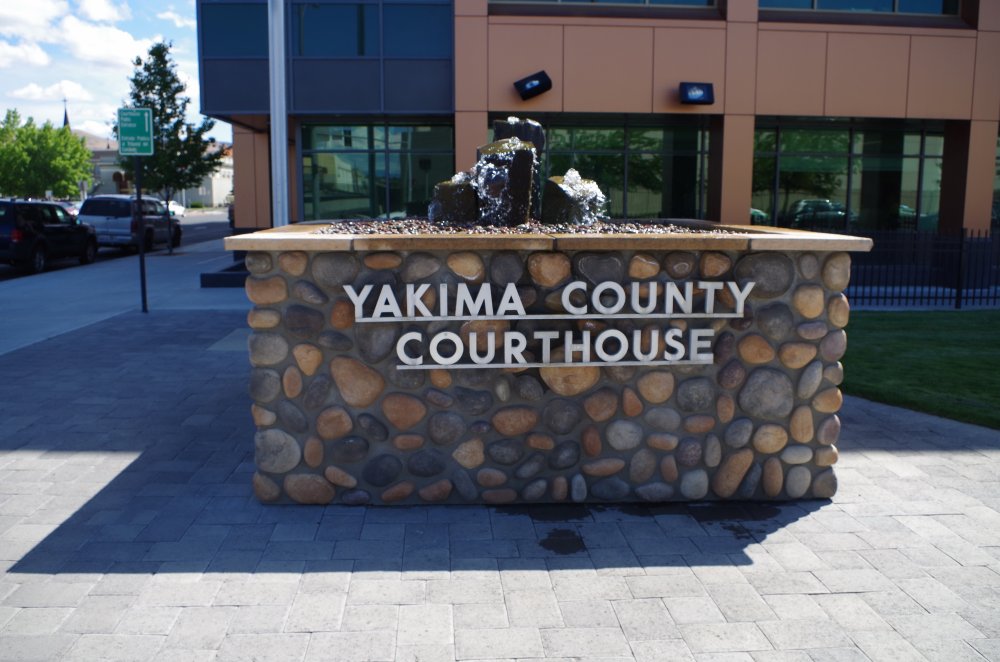 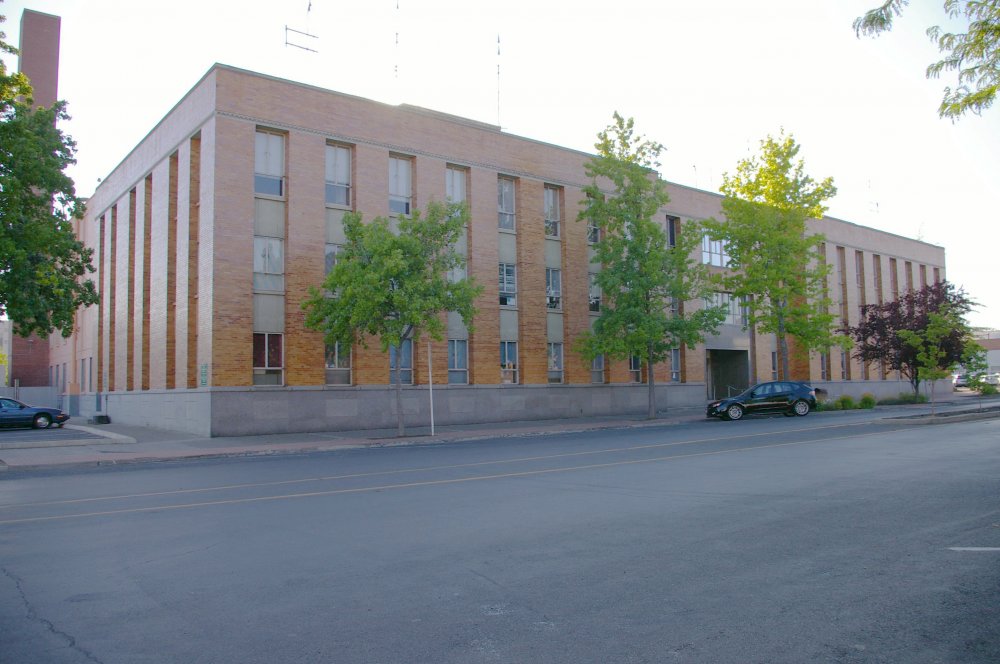 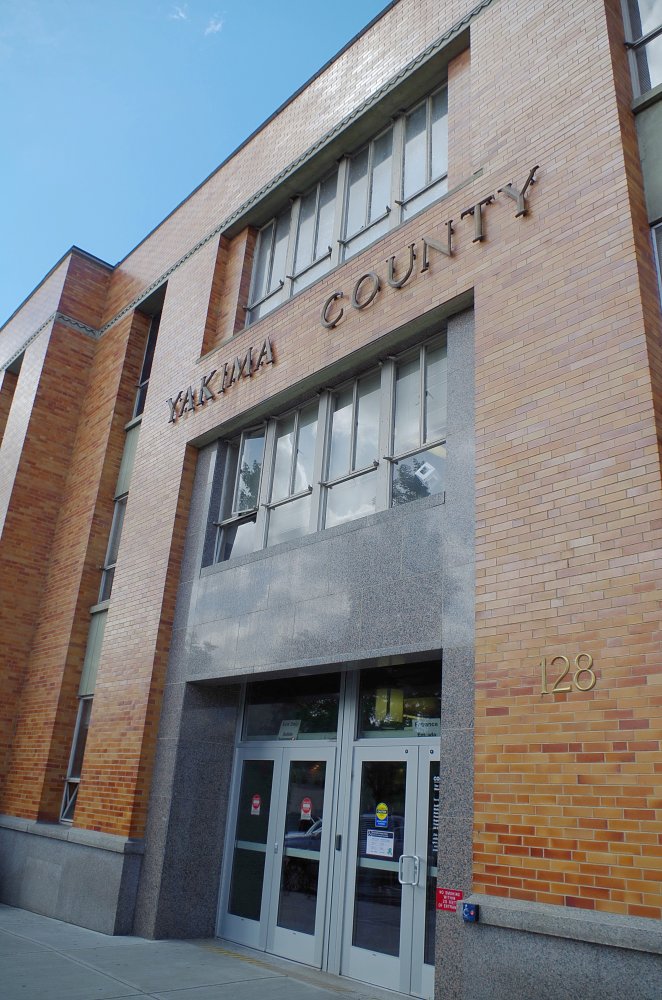 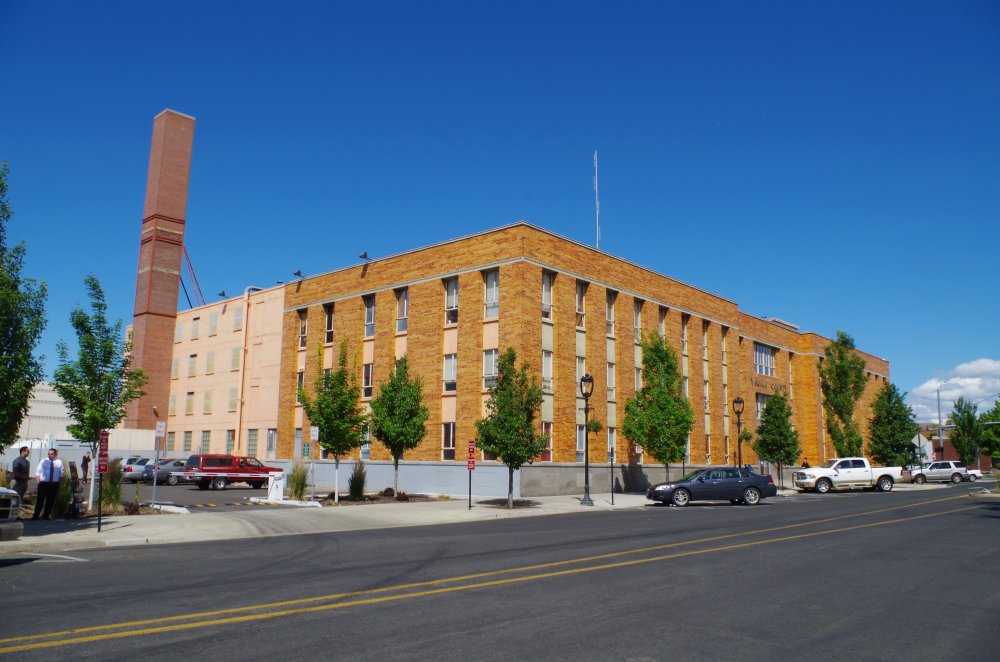 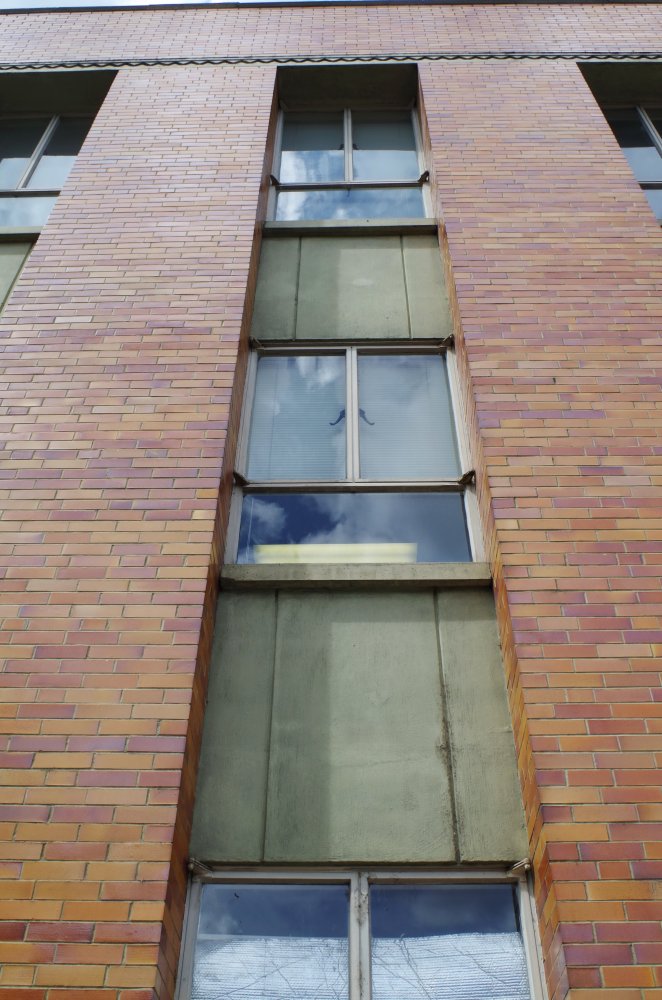 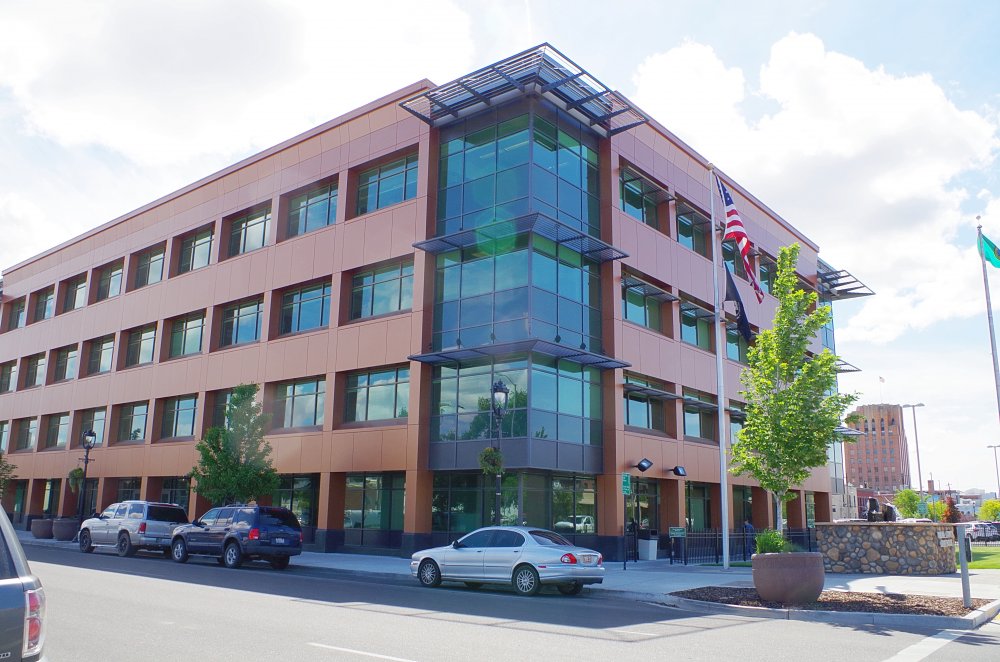 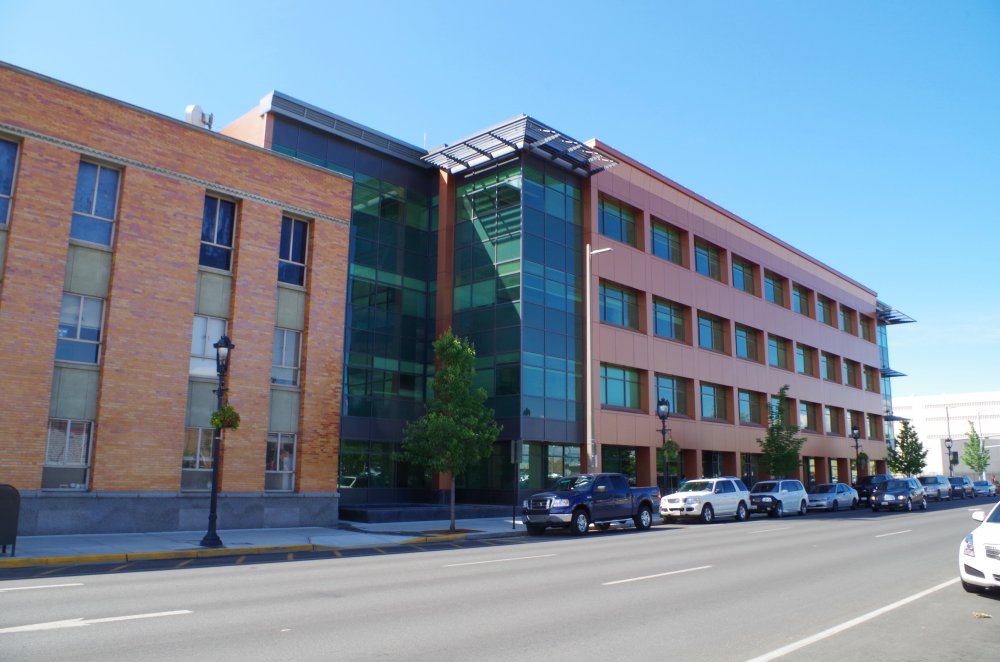 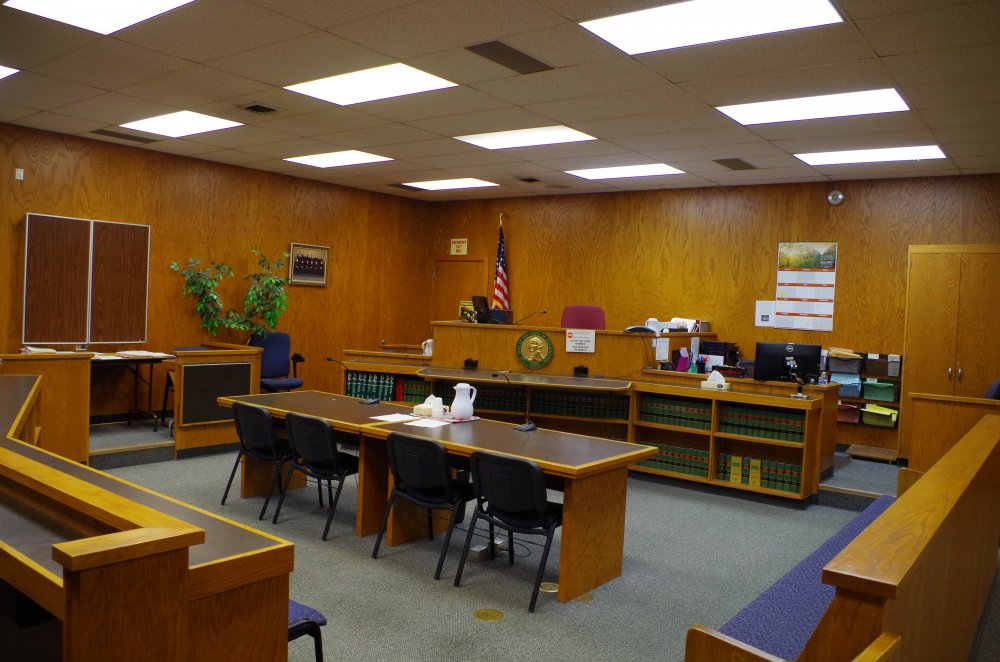 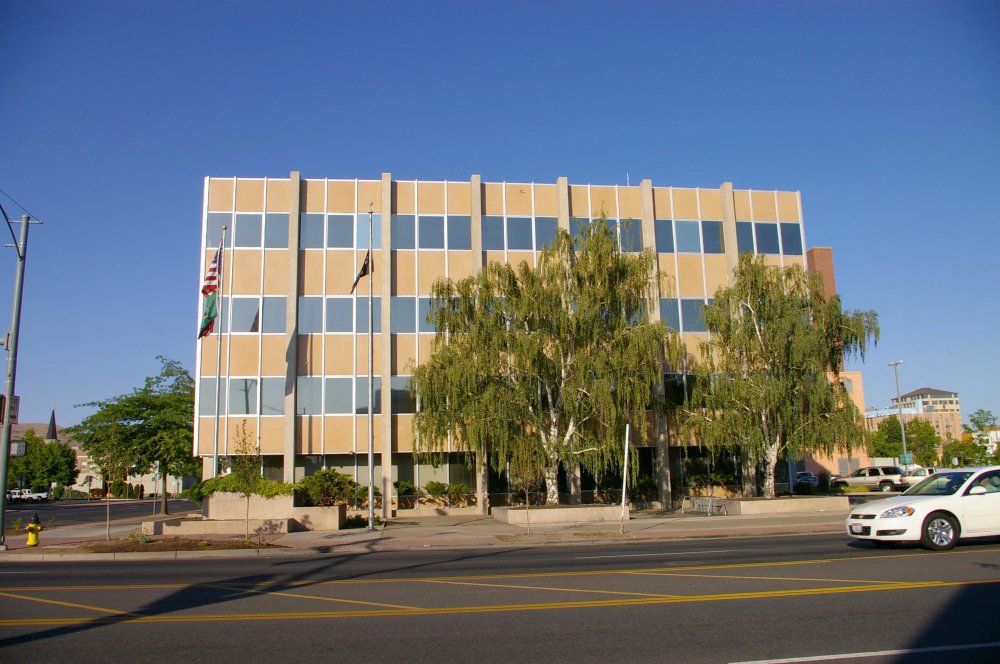 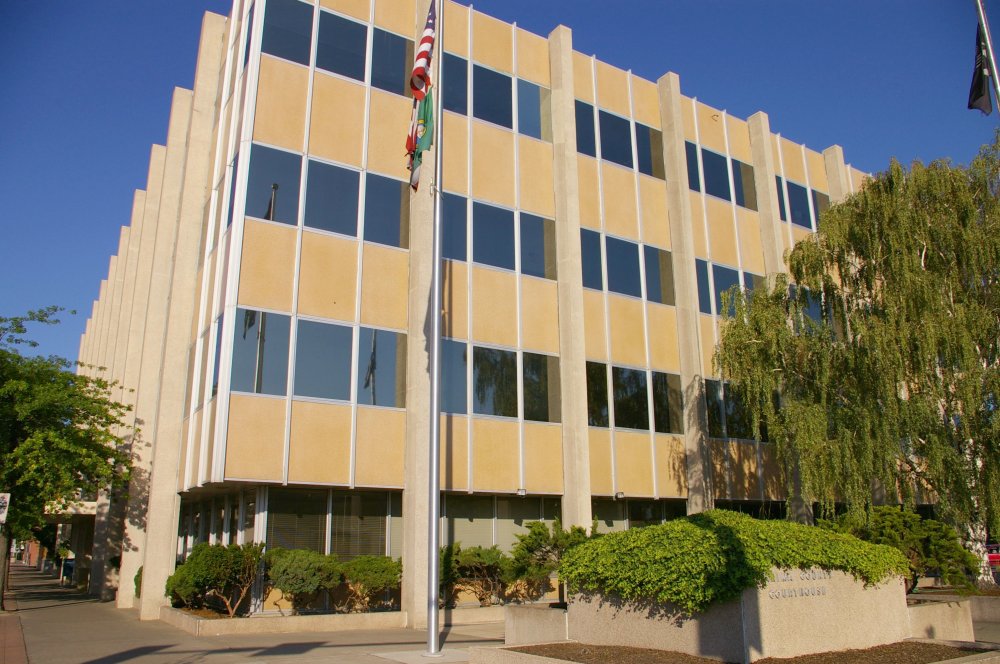 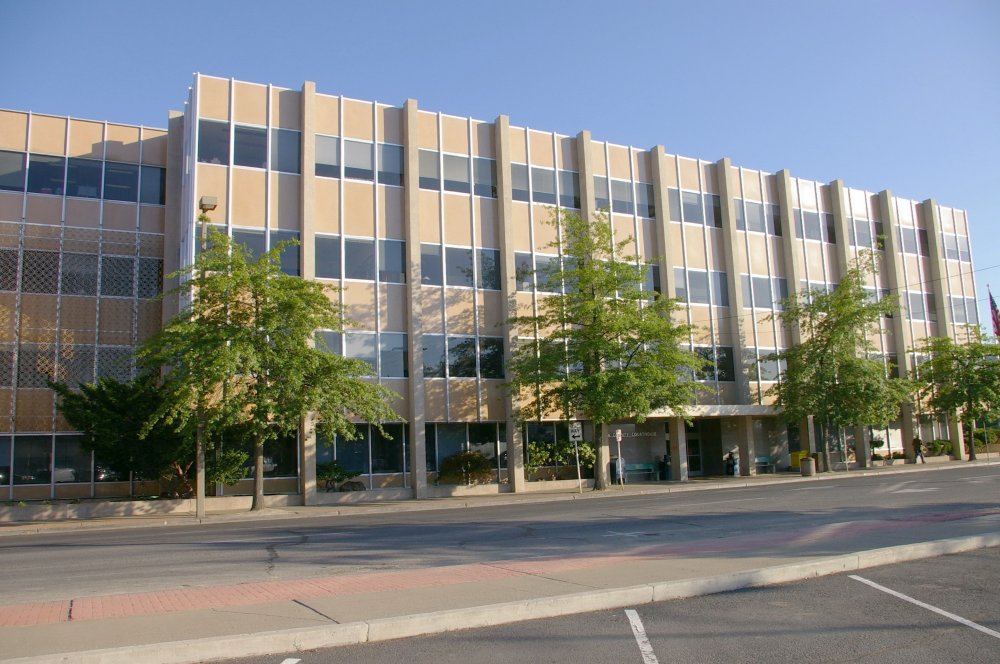