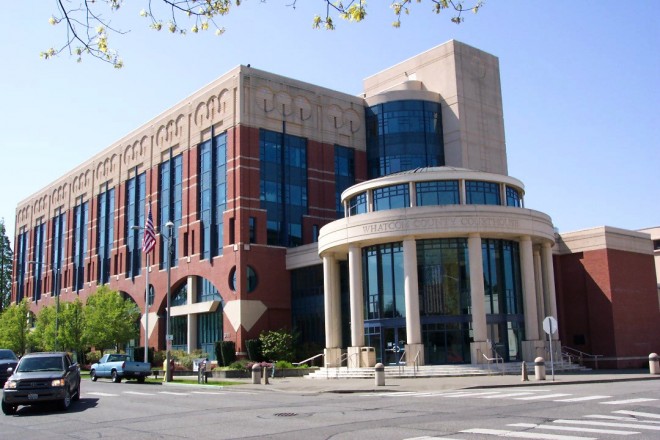 Whatcom County is named for Chief Whatcom of the Nooksack Native American tribe and the word means “noisy water”. 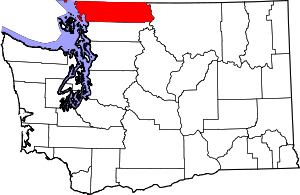 Description:  The building  faces north and is a seven story concrete and glass rectangular structure. The building is located in the center of Bellingham and has a three story circular entrance section on the northeast corner with columns supporting a circular header with round glass section on top. The main building is red colored brick with buff colored brick trim. The windows are vertical with blue panels between, There is a large atrium at the entrance rising two stories with skylight above. An addition was constructed in 1972. The original building was enlarged and modified from 1992 to 1993. The architect was  KMD Architects & Planners and the contractor was Strand Hunt Construction. The contractor for Phase I was Impero Construction Company.

Note:  The second courthouse was designed and built by W A Ritchie in 1889. In 1945, F Stanly Piper and John W Maloney were selected as architects for the third courthouse. In 1947 after legal action, the architects were requested to revise the plans and they failed to do so. Subsequently, in 1948, Galen W Bentley of Bellingham was retained as architect for the third courthouse and Chisholm & Eiford were hired as general contractor, F M Haskell Plumbing & Heating Company as mechanical and Hindman’s Home Electric Company as electrical. The old courthouse constructed in  1889 on Ellsworth Street was torn down in 1950 and the site is now a park. 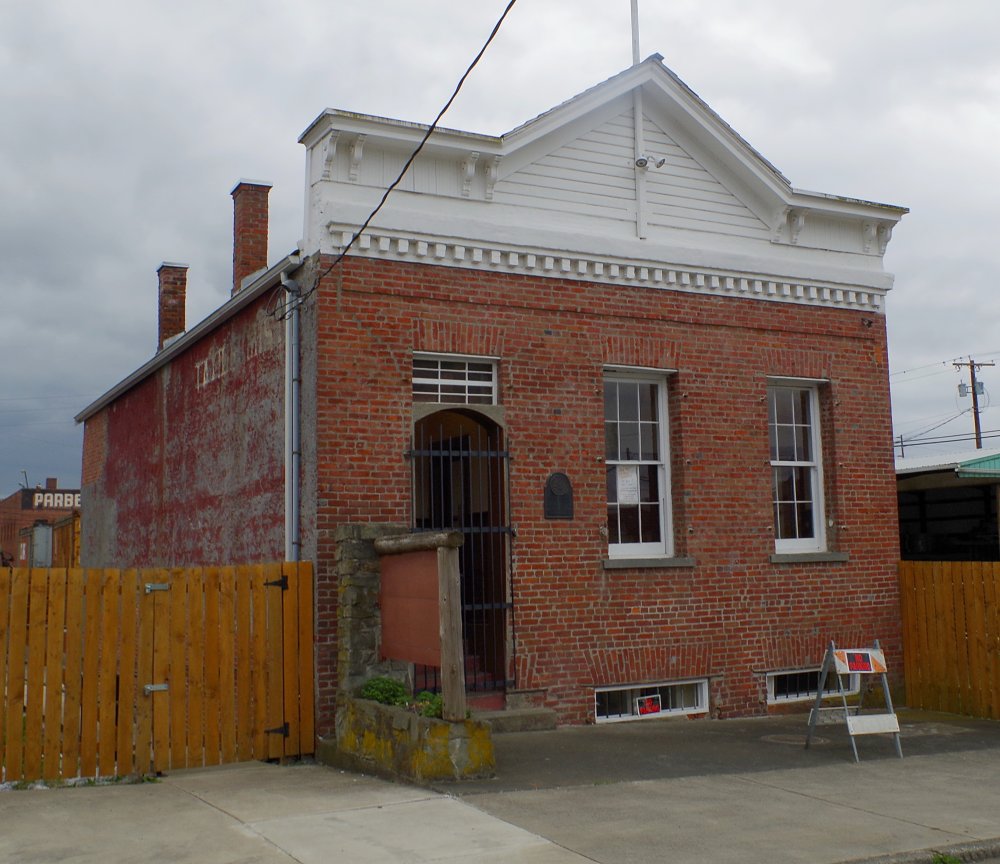 Description:  The building  faces northwest and is a one story red colored brick structure. The building is located on the west side of the center of Bellingham. The northwest front has an arched entrance along the east section. A white colored section rises above the hipped roof. The building served as the first courthouse from 1863 to 1888.

Note:  The cost of construction was $8,000. The building was the first brick courthouse built in the Washington Territory. 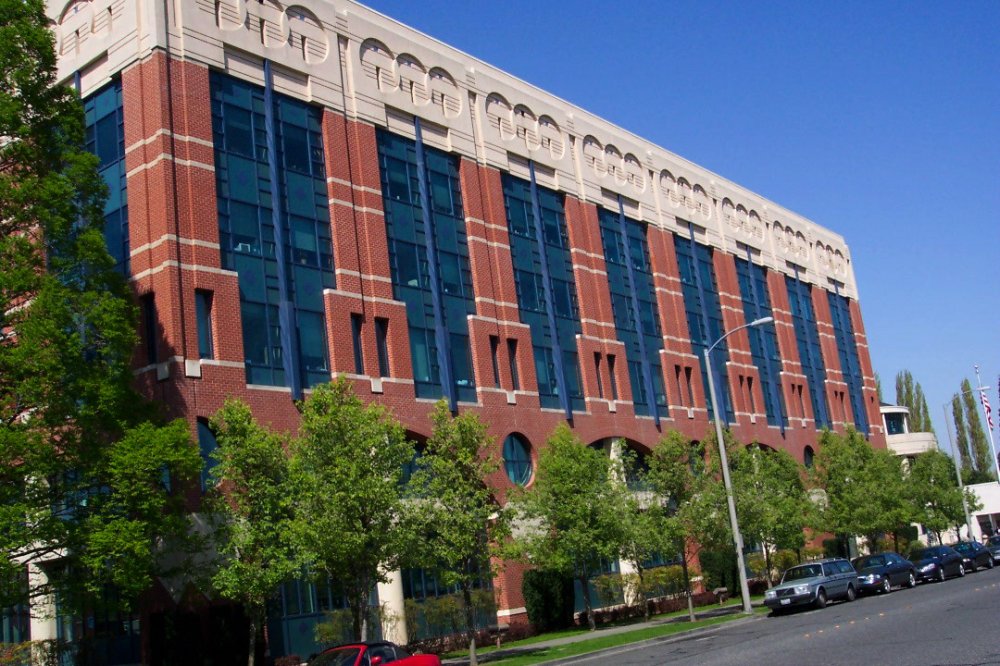 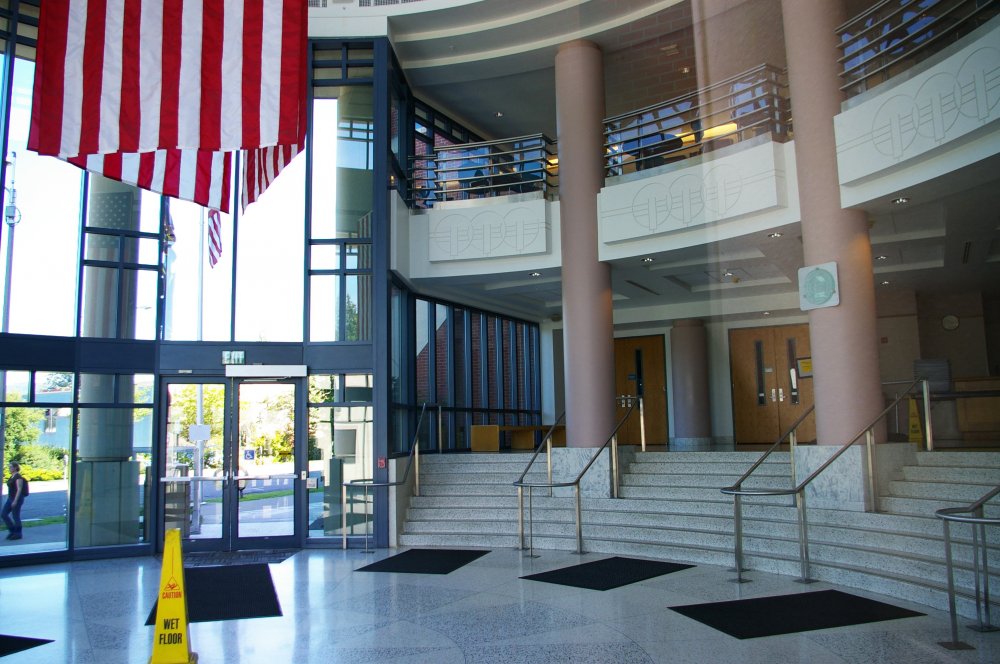 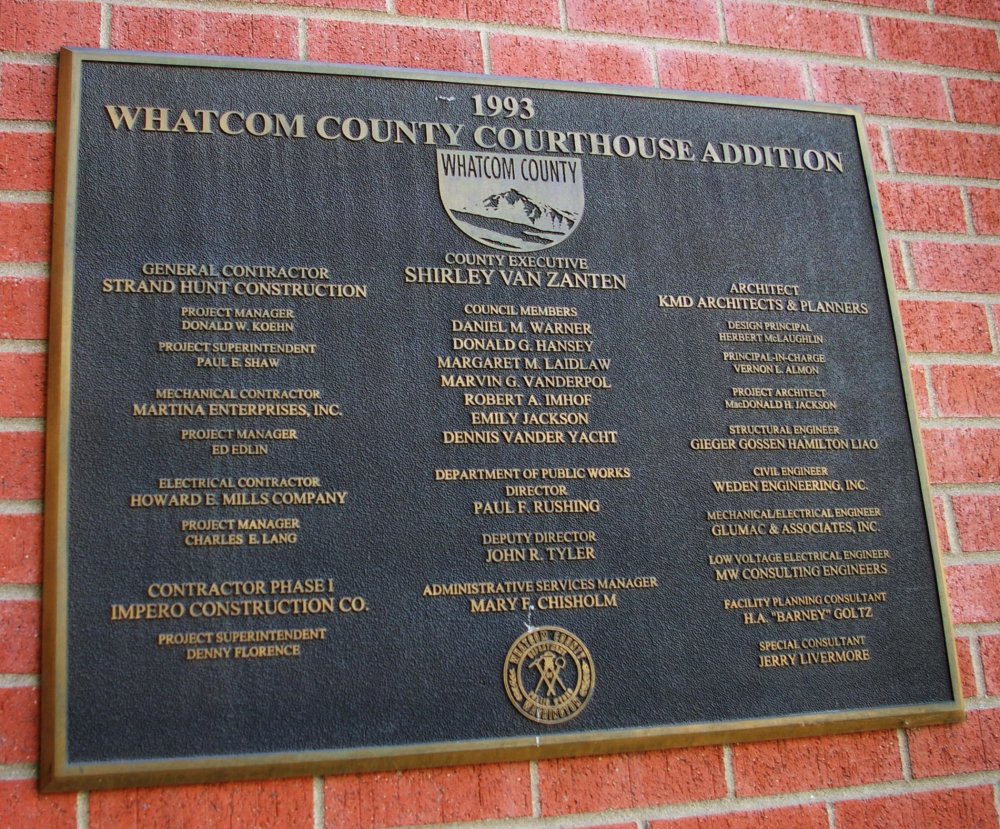 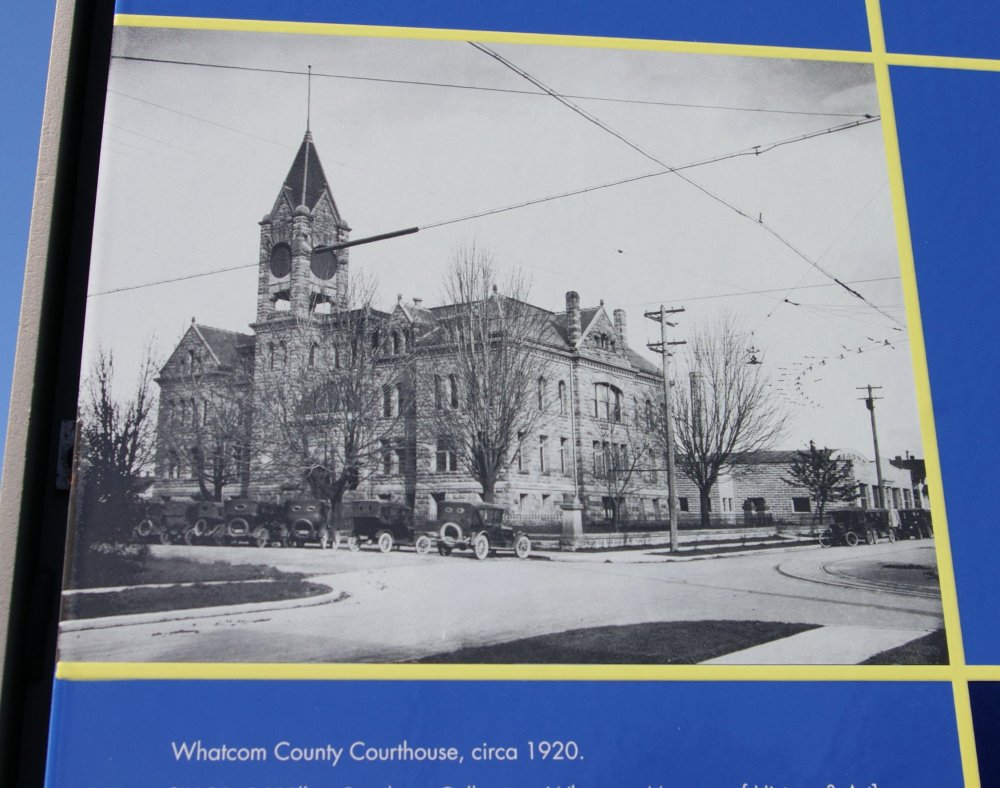 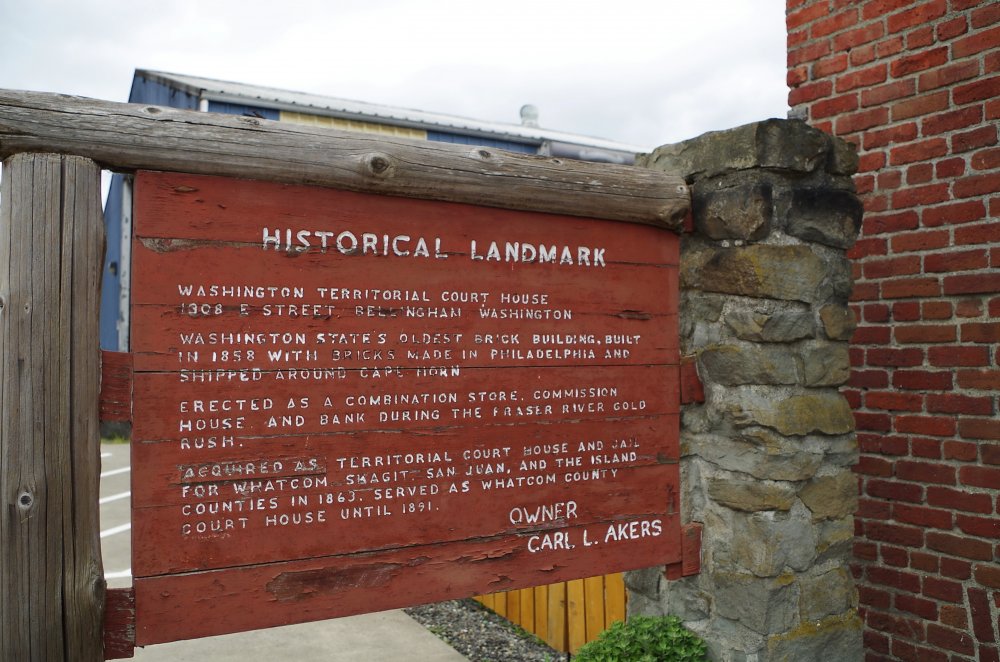 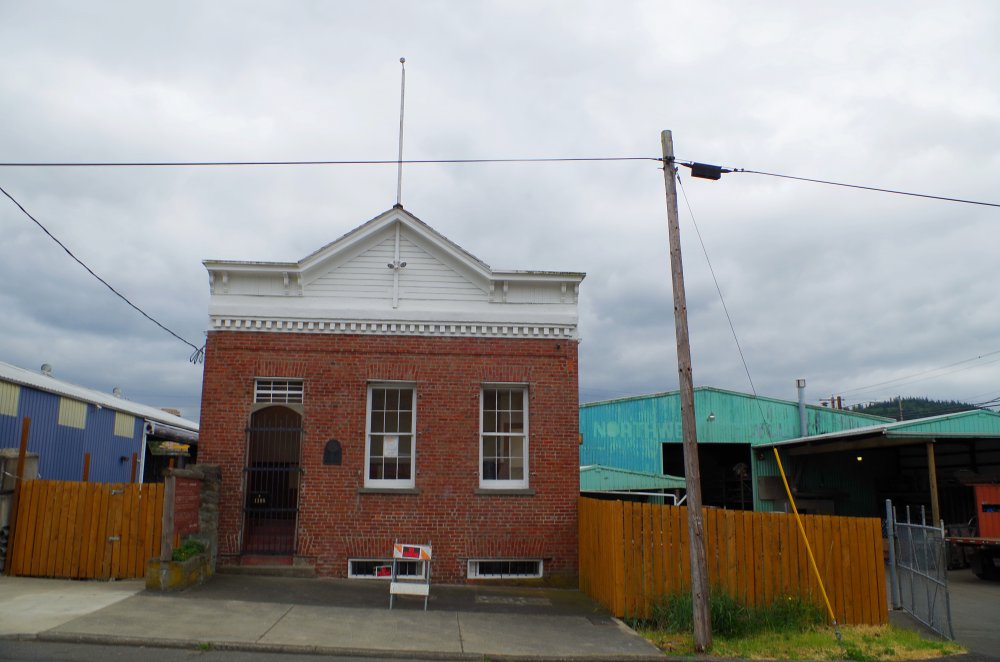