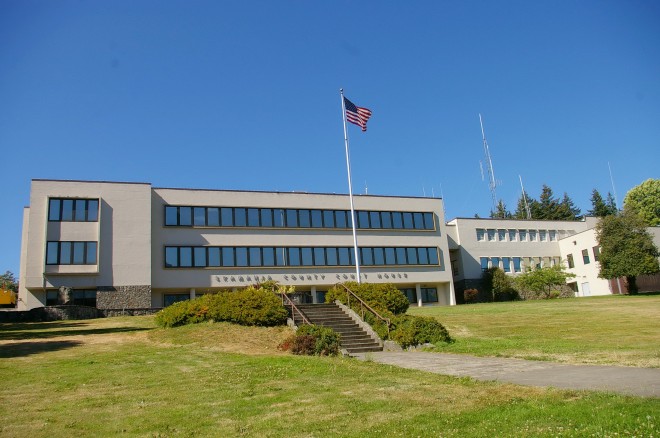 Description:  The building  faces southeast and is a three story concrete and glass structure. The southeast front has an entrance on the west. There are columns along the central and east part of the first story with recessed wall. The second and third stories has horizontal windows. The westerly section projects from the main building and has projecting windows on the second and third stories. The roof line is flat. 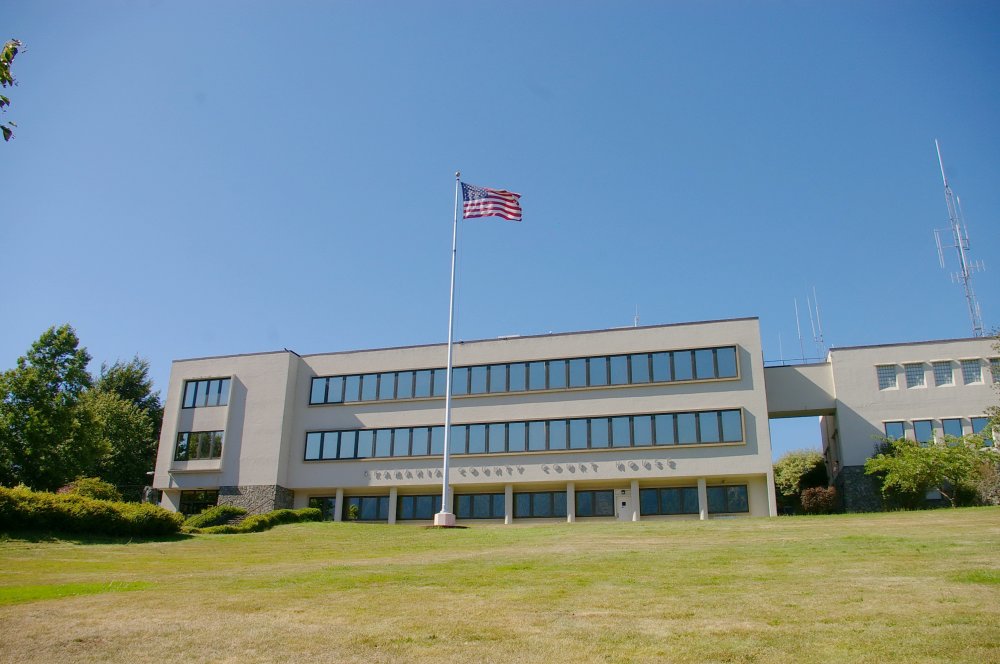 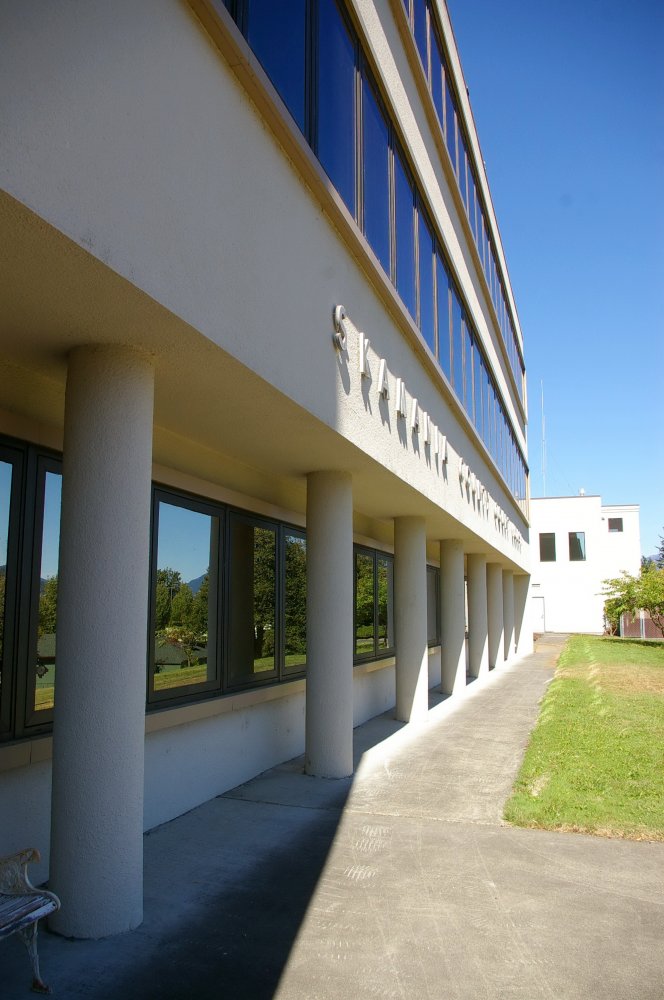 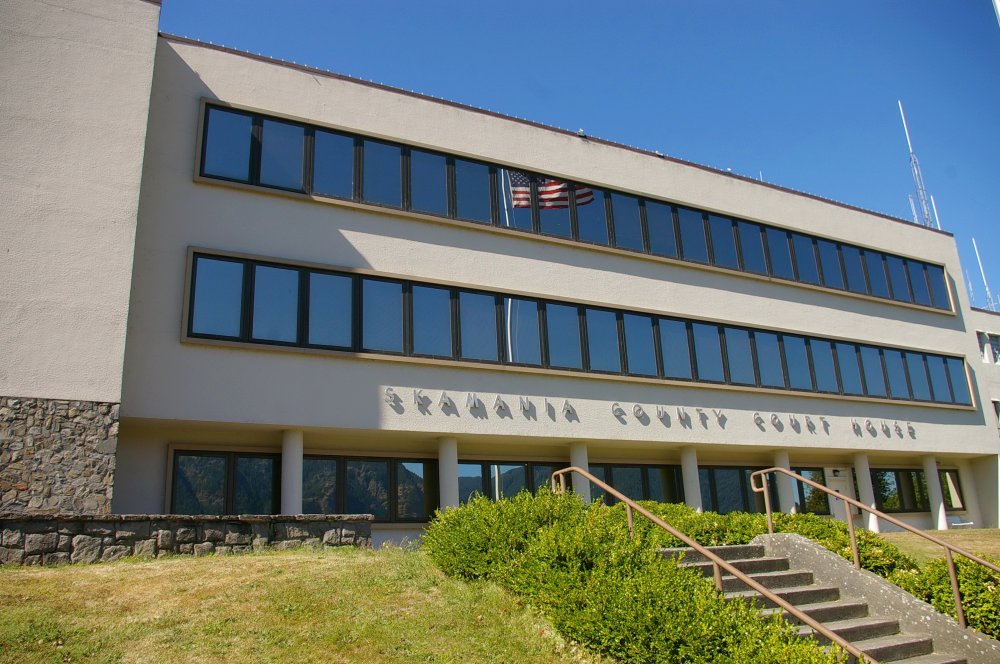