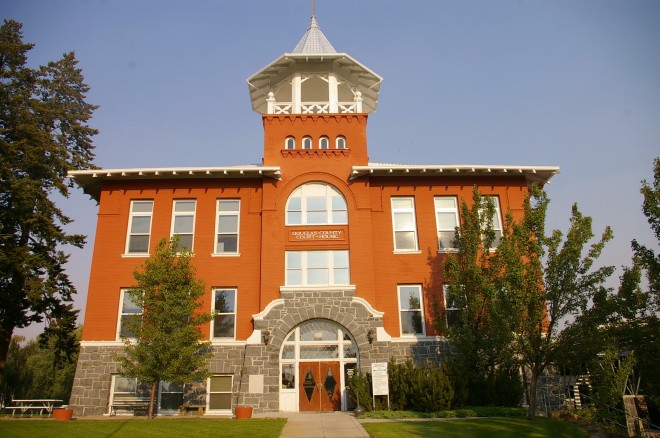 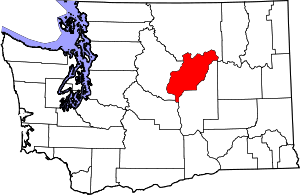 Description:  The building  faces west and is a three story stone and red colored brick and concrete structure. The building is located on landscaped grounds in the center of Waterville. The west front has a large stone arch at the central entrance and a stone facing on the first story. Above the entrance are three windows on the second story and an arched window on the third story. Above rises a square red colored brick tower with open top and conical roof. An addition on the east side was designed by L Solberg in 1950. On the south side is a new entrance which connects to the Courthouse Annex. 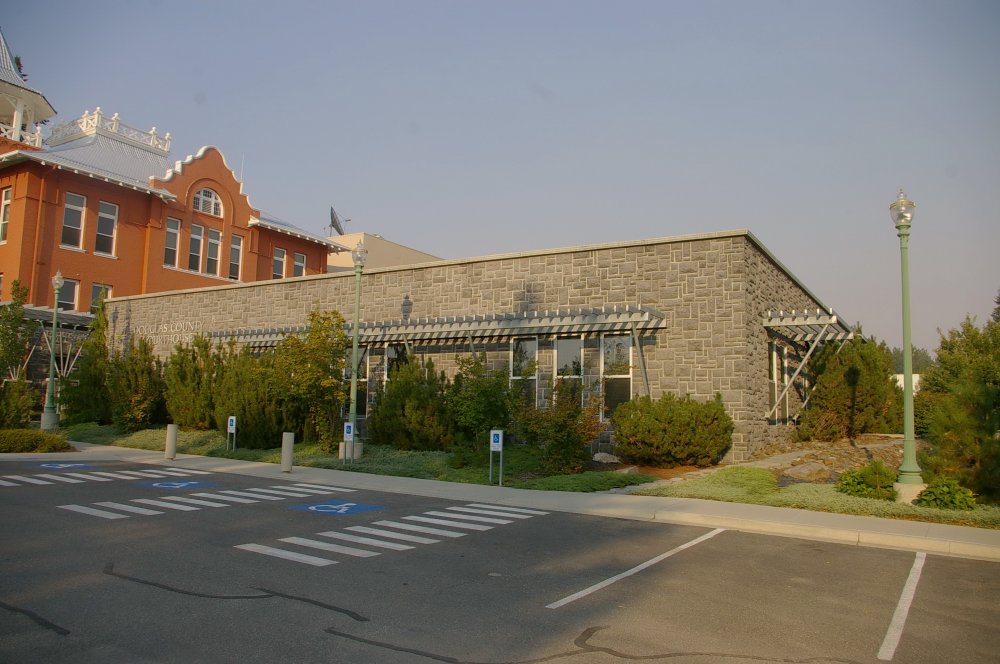 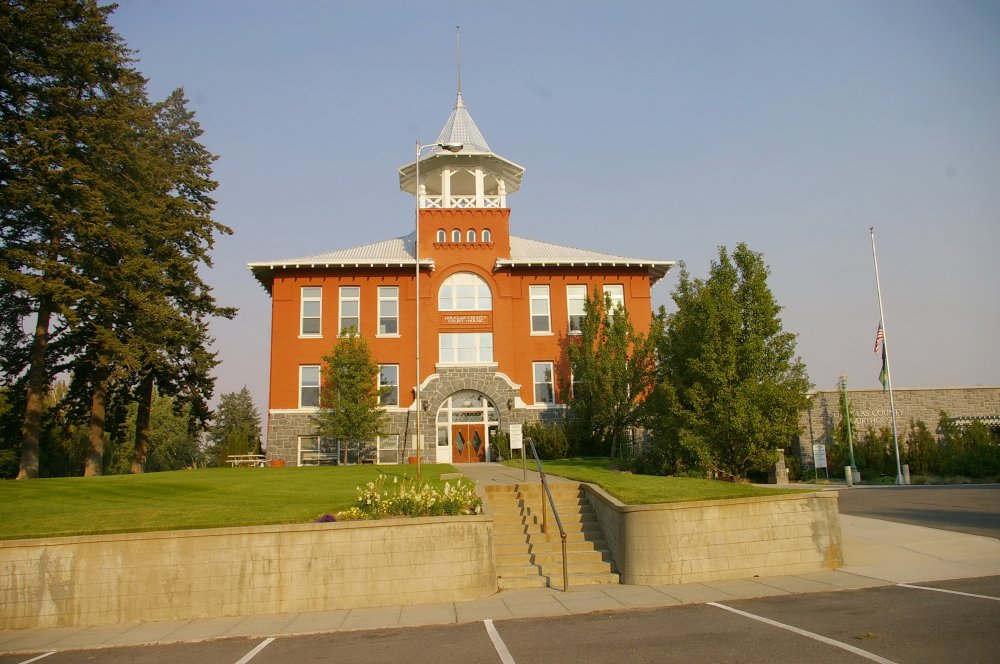 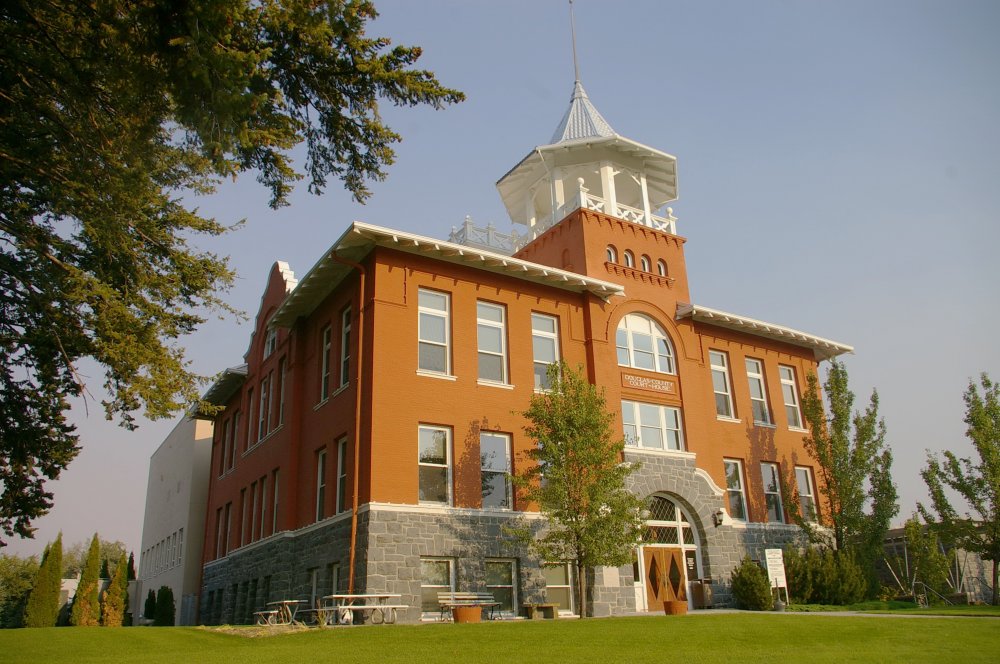 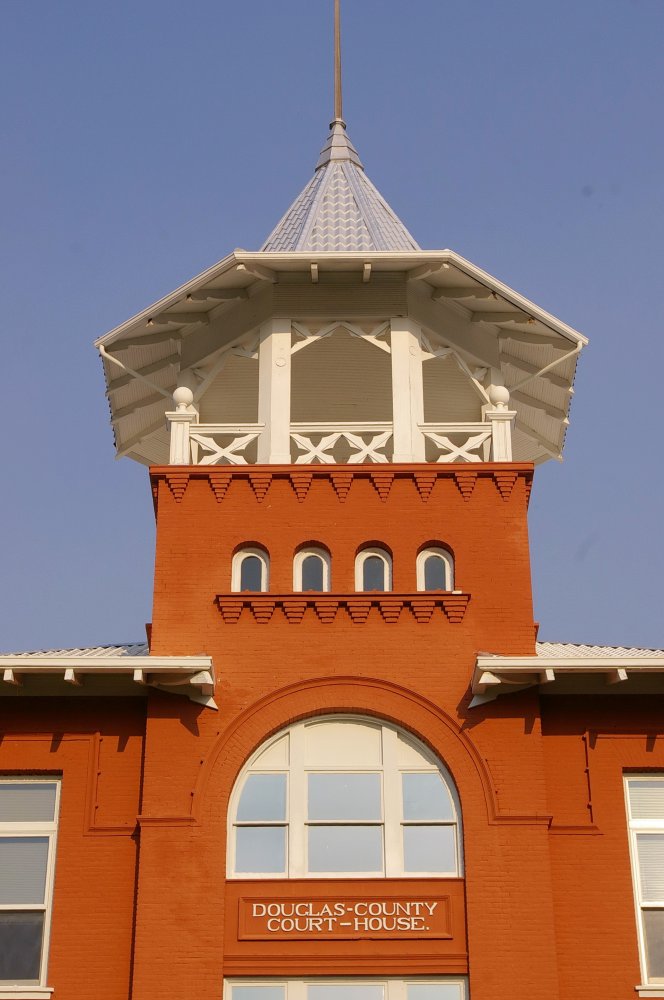 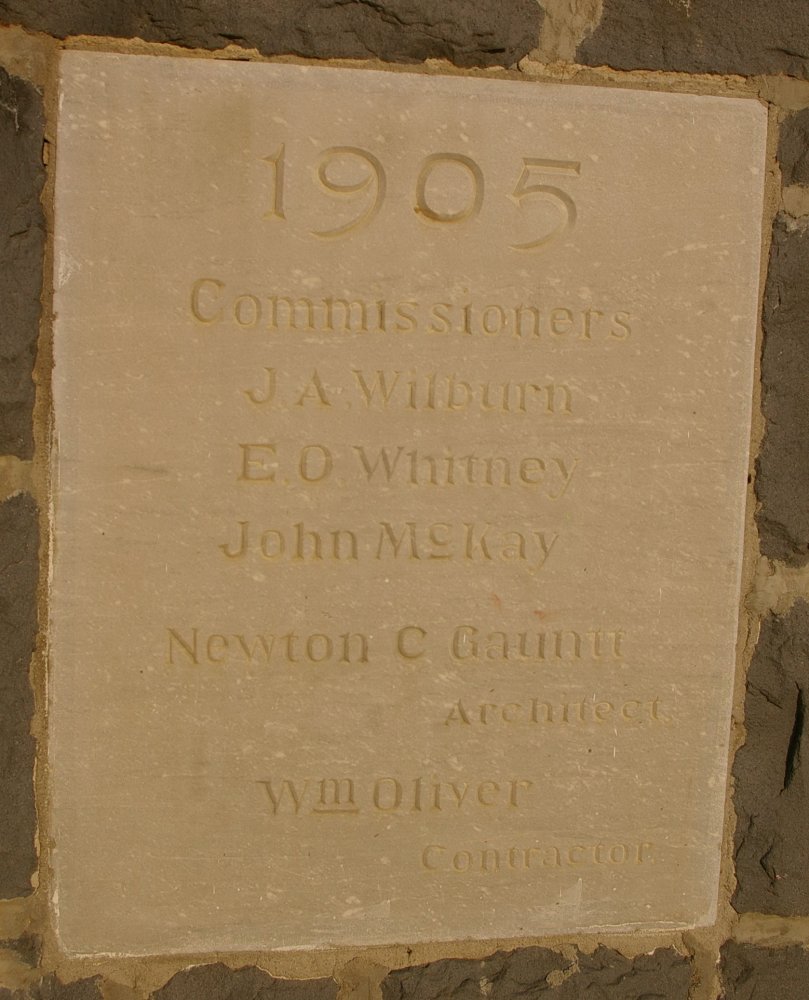 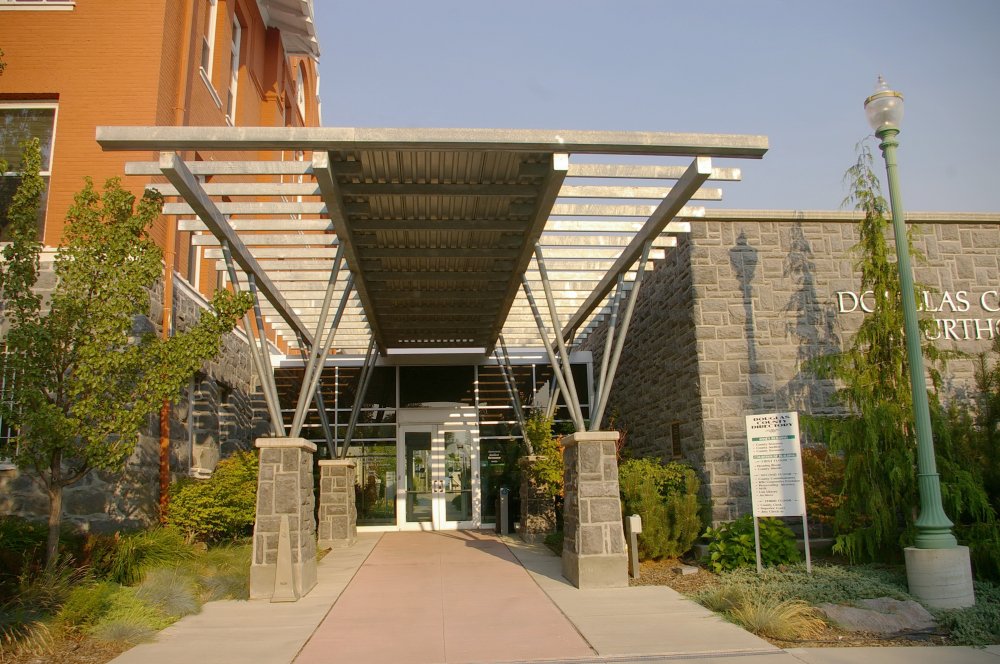 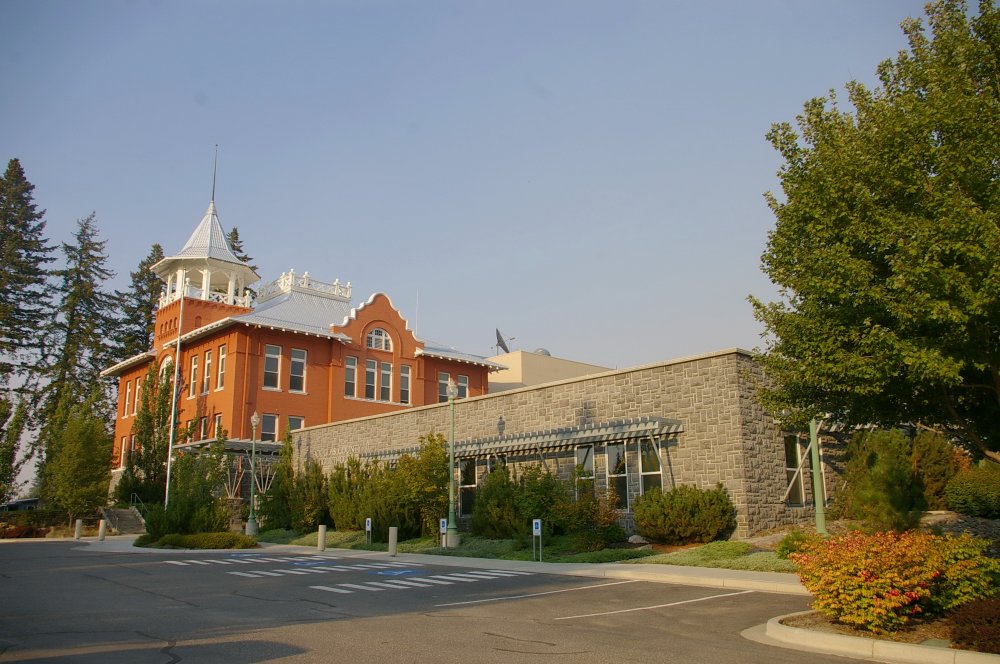 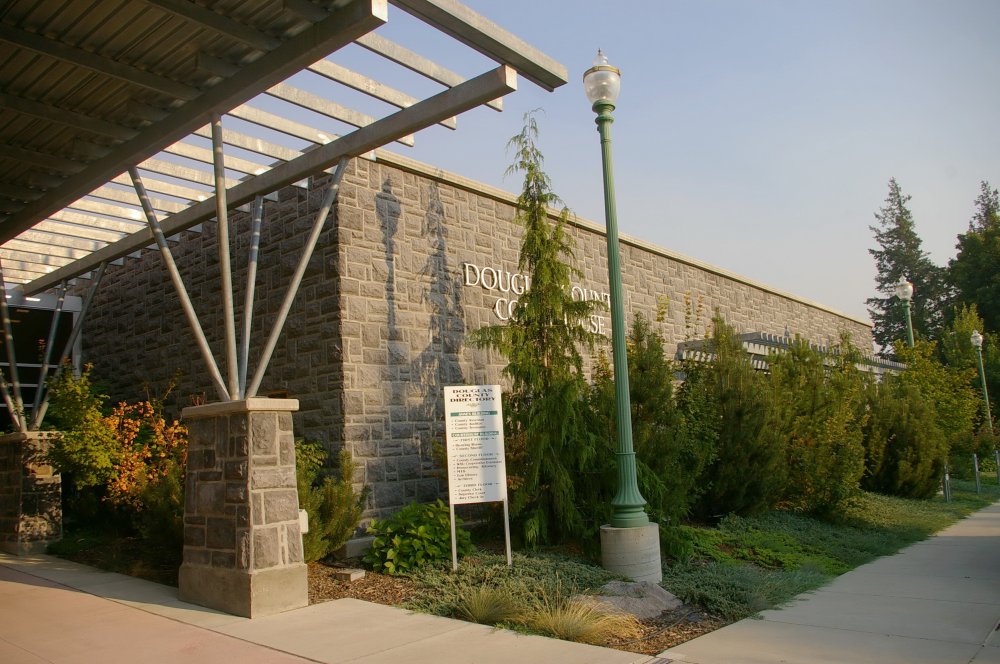 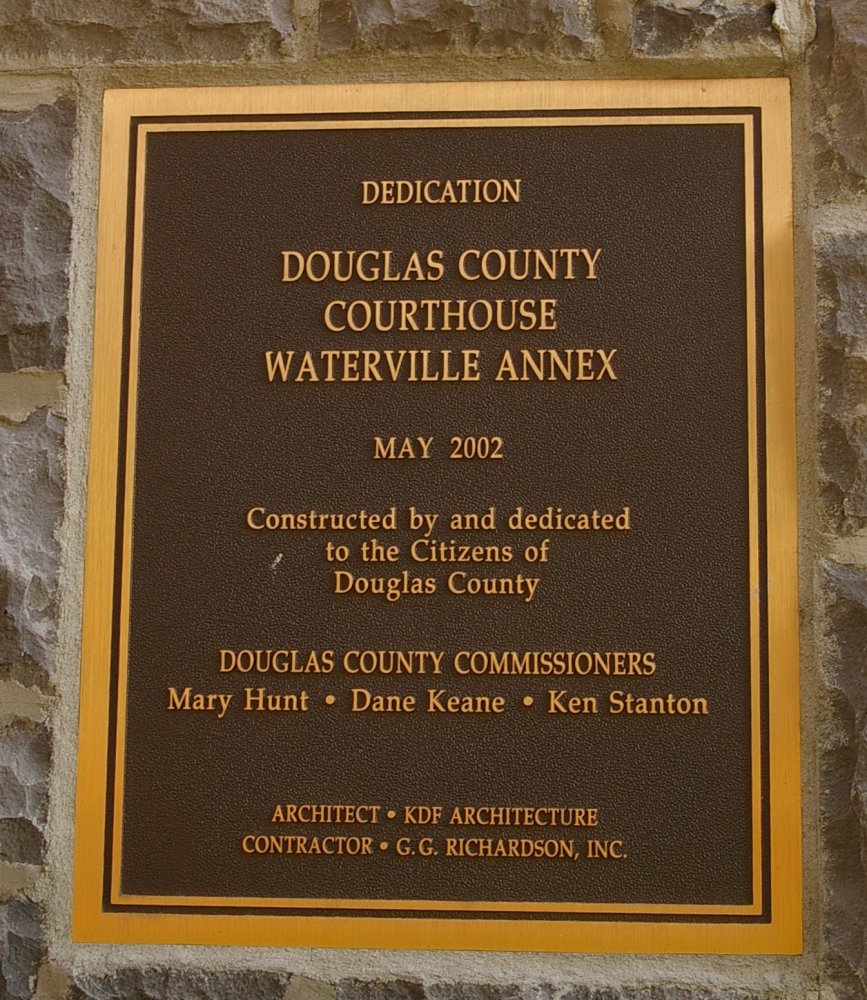