Cowlitz County is named for the Cowlitz Native American tribe.

Description:  The building  faces south and is a three story red colored brick, stone and concrete  structure. The building is located on landscapred grounds in the center of Kelso. The south front of the square shaped building has a small framed entrance at the center of the first story and above is a large window extending up to the third story. The building ascends a slope to the north. The roof line is flat. The building was enlarged in 1939. The architect was Ray V Weatherst and Arch N Torbitt and the contractor was George H Buckler Company. The building was renovated to become the Administartion Building from 1976 to 1979 when the Hall of Justice was completed. The architect was Noell, Edelmann / Sheldon, Eggleston, Sax Associate Consultants and the contractor was W G Clark Construction Company. 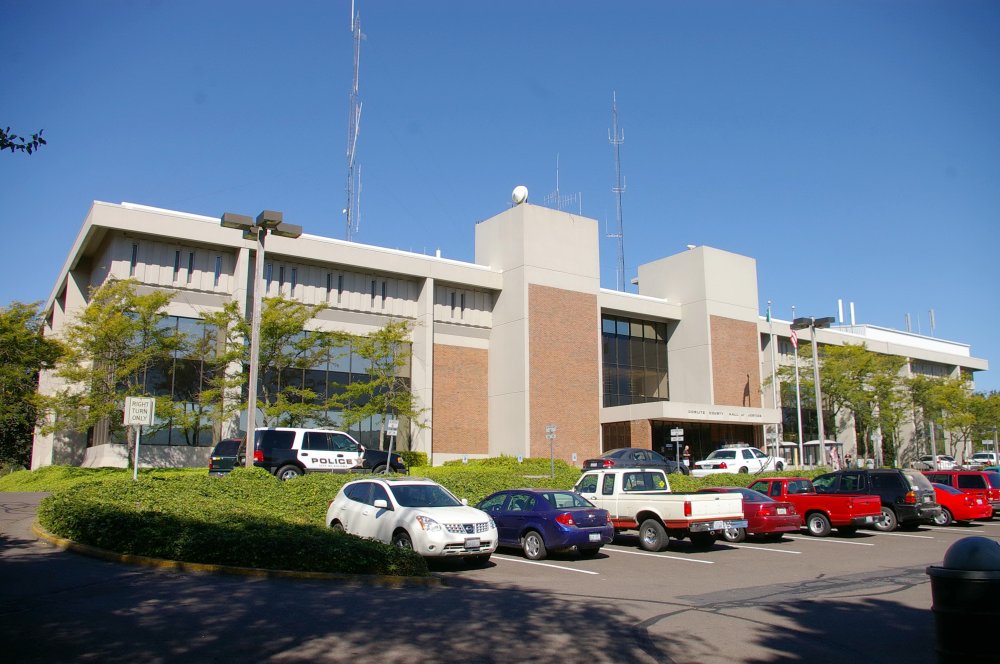 Description:  The building  faces east to the Cowlitz River and is a four story buff brick, glass and concrete structure. The building is located on landscaped grounds to the west of the center of Kelso. The east front has a central section with high square towers on either side of the recessed center. A large canopy extends from the building at the first story entrance. There are vertical concrete dividers along the north and south walls with the flat roof overhanging. An expansion of the jail was completed from 1984 to 1985. The architect was Crook, Shaw, Collins Architects and the contractor was J M Kelly. 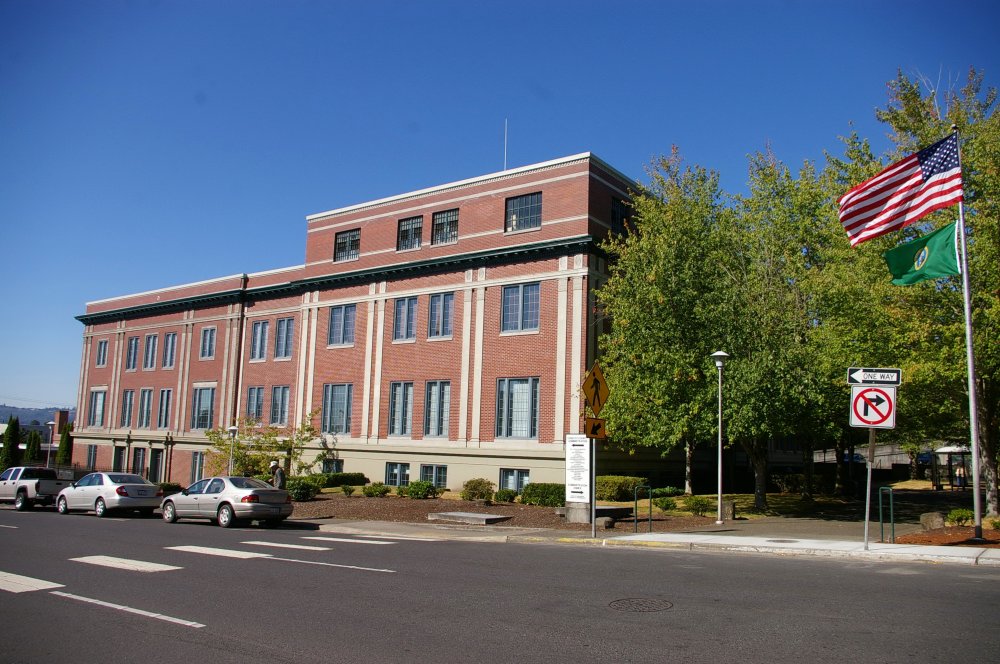 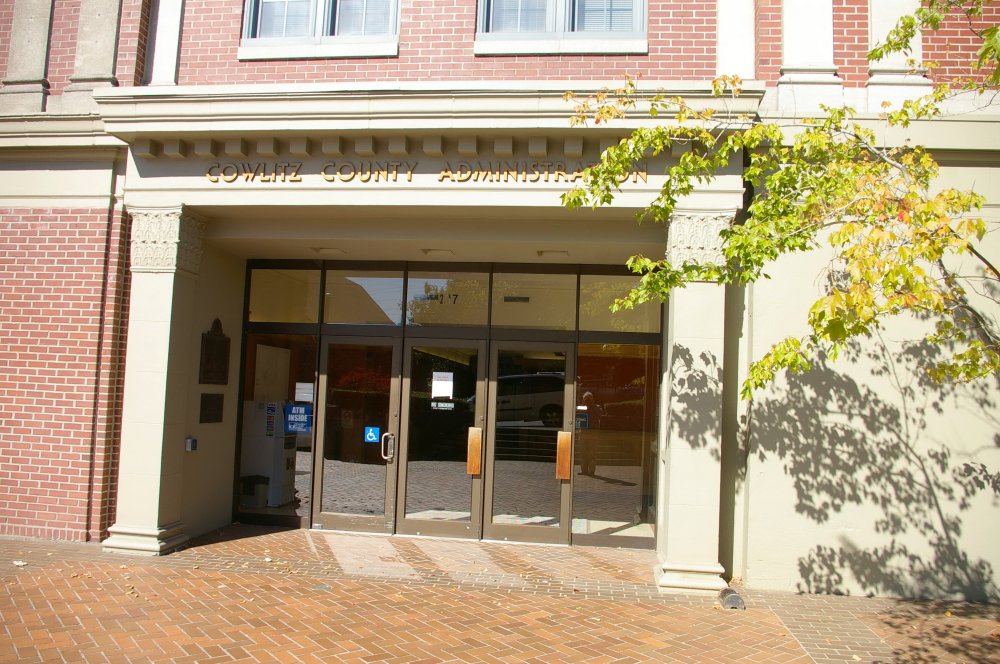 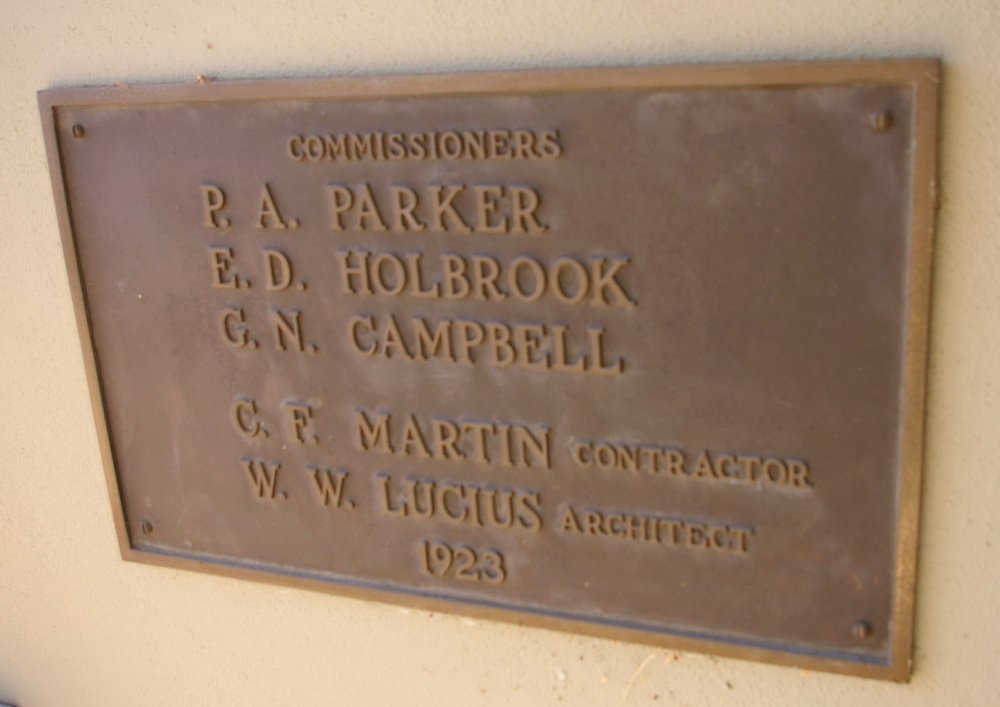 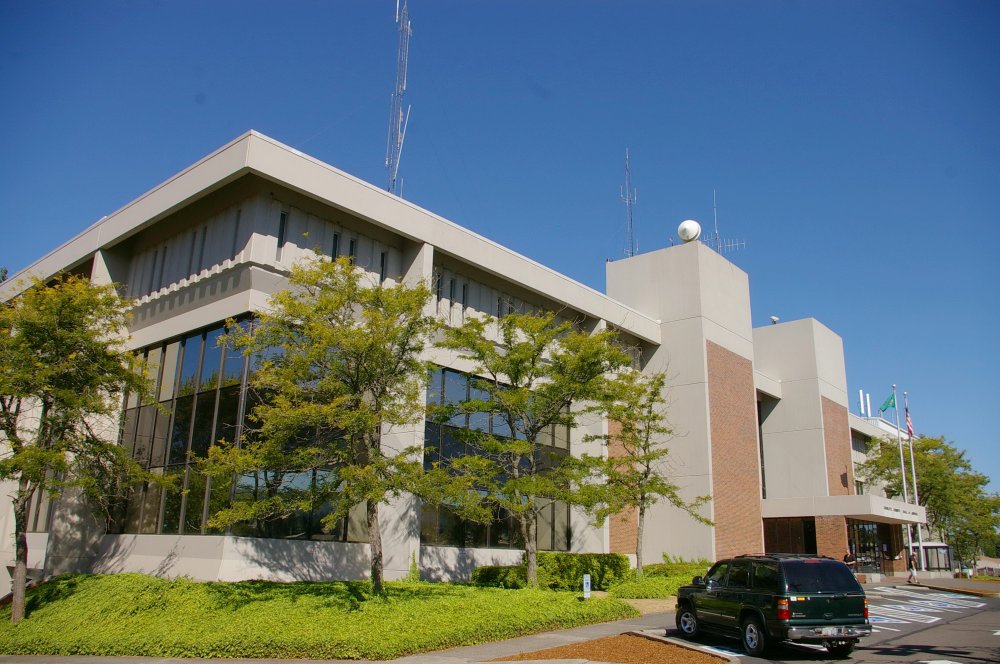 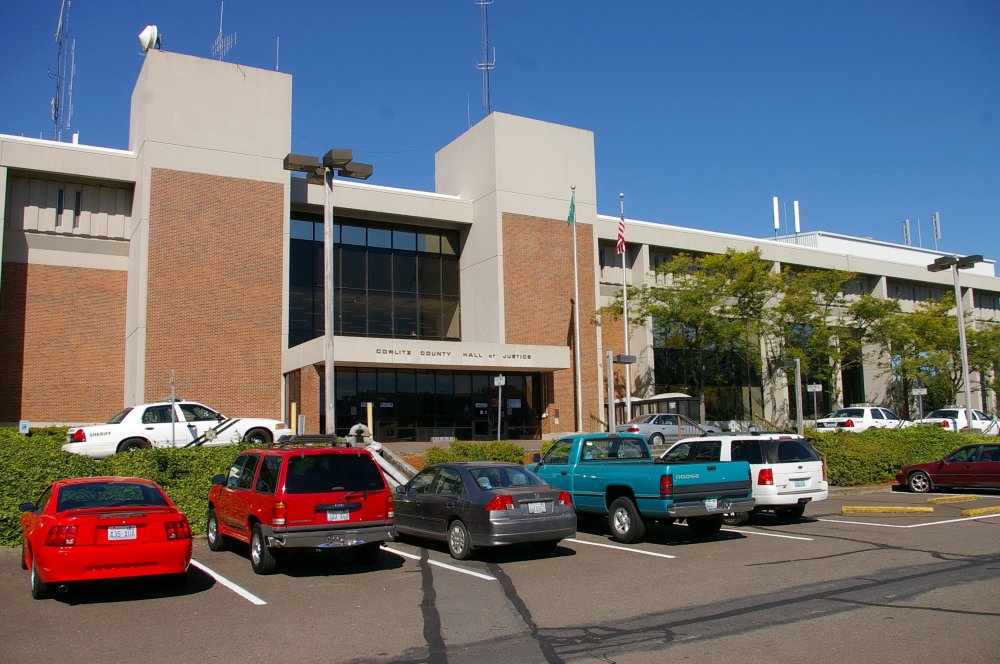 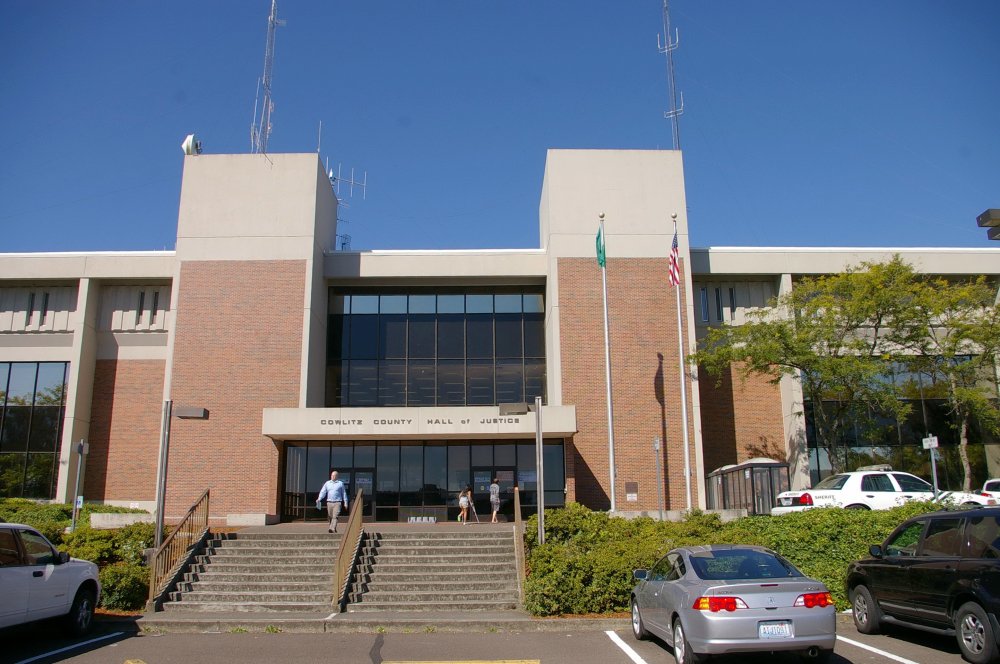 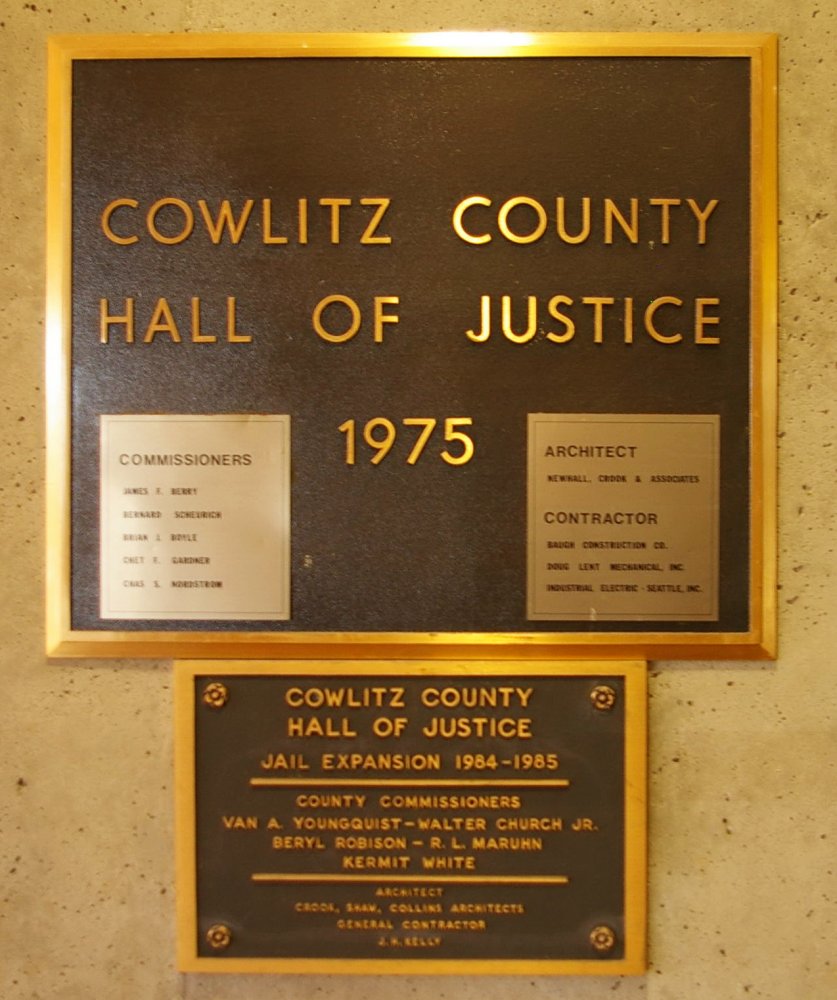