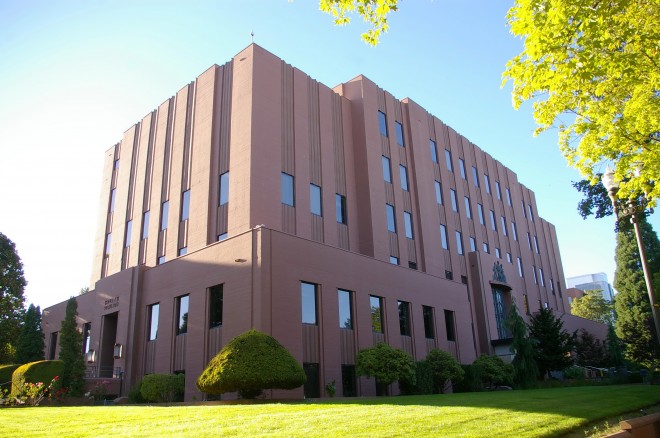 Clark County is named for William Clark, who was the co-captain of the Lewis and Clark Expedition. 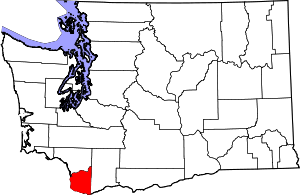 Description:  The building  faces east and is a six story pink colored stucco and concrete structure. The building is located on spacious landscaped grounds on the north side of the center of Vancouver. The building is constructed with reinforced concrete. The east front has a two story recessed section in the center with the main entrance on the first story. Above is a sculpture of the “voyageurs”. The building recesses in tiers. The roof line is flat. The building has fifteen courtrooms with the original two courtrooms on the fourth story. On the west side and connected by a sky bridge is the Clark County Corrections Center constructed from 1982 to 1983. The architect was Nelson, Walla, Dolle & Company of Vancouver and Henningson, Durham & Richardson of Dallas, Texas and the contractor was Gilnett Construction Company of Longview. 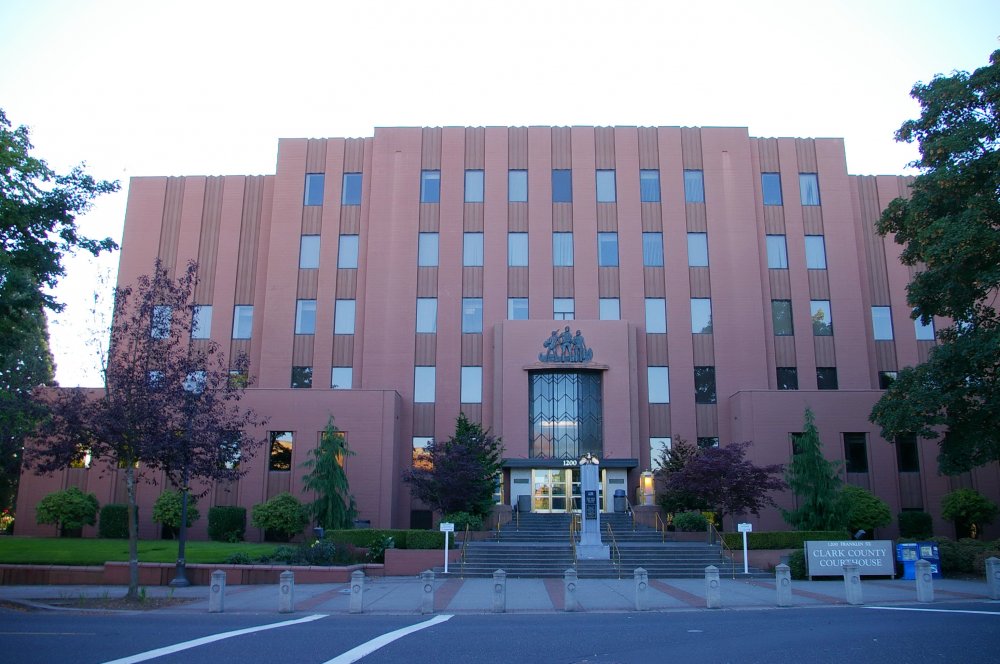 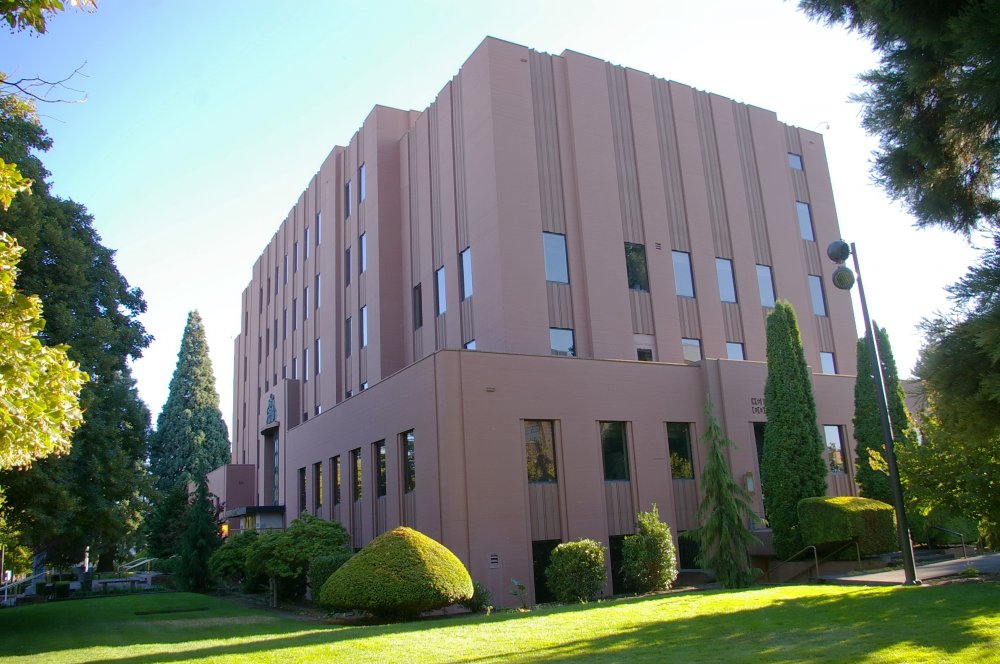 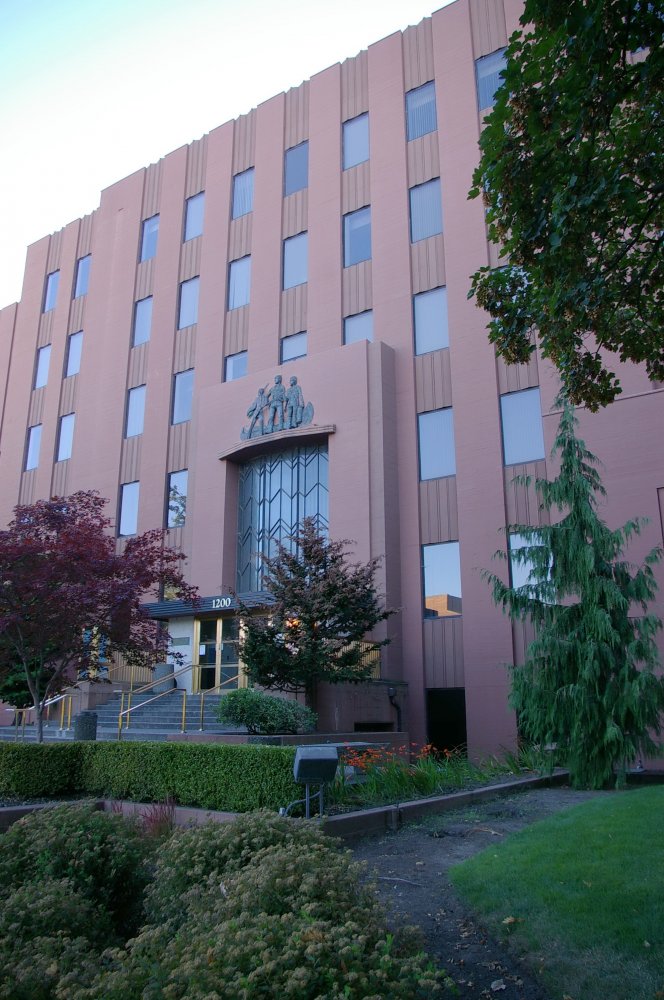 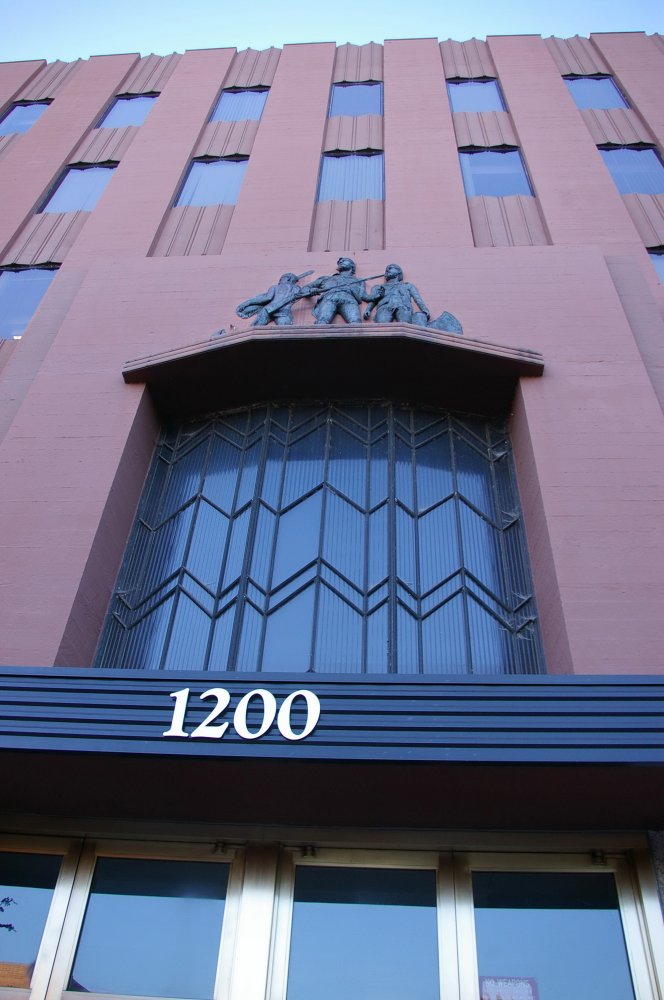 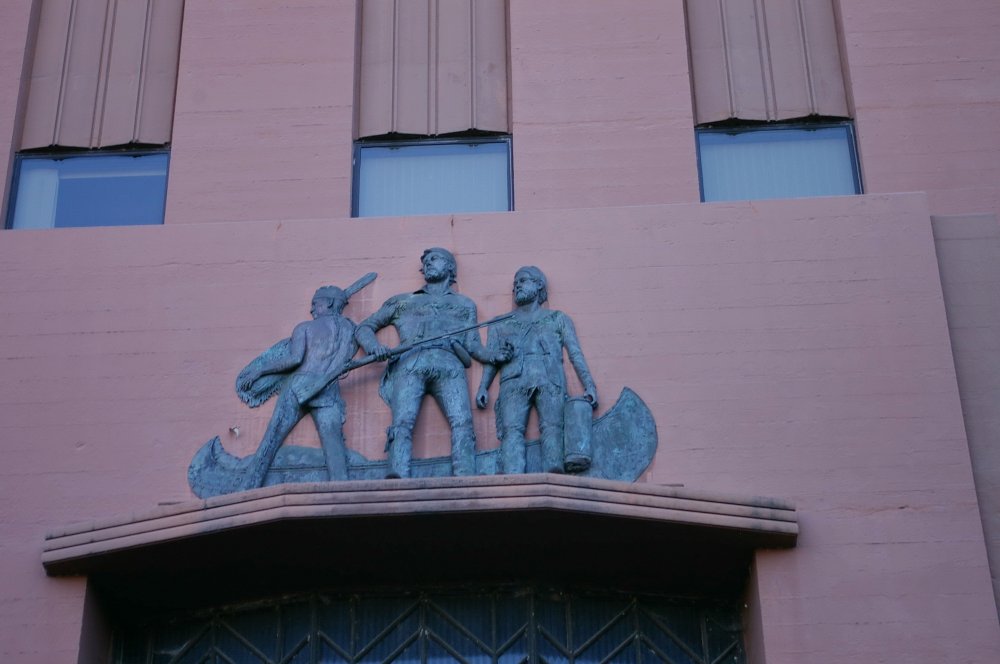 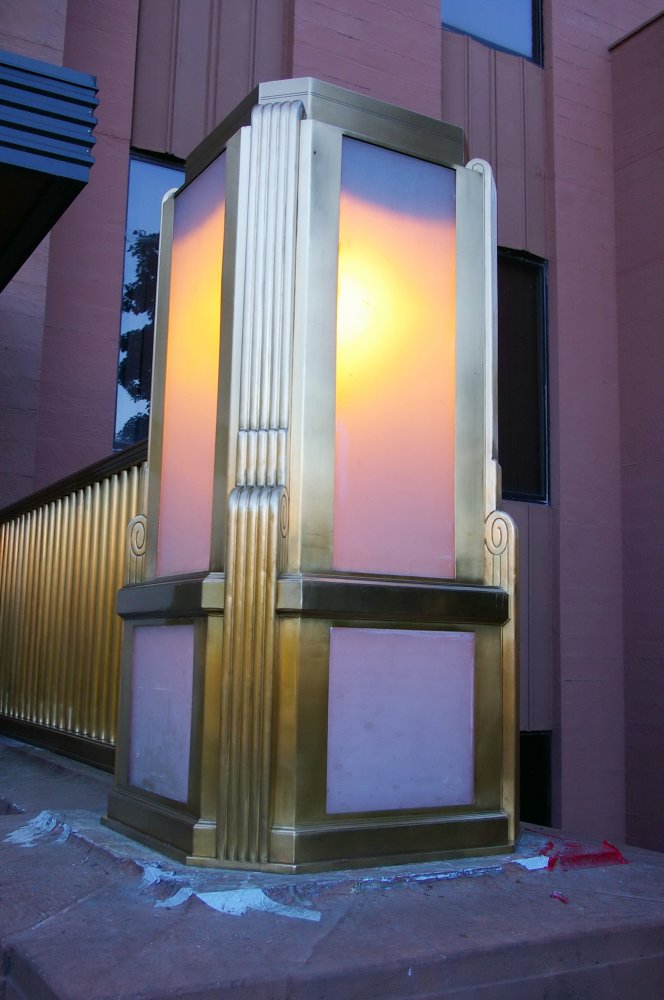