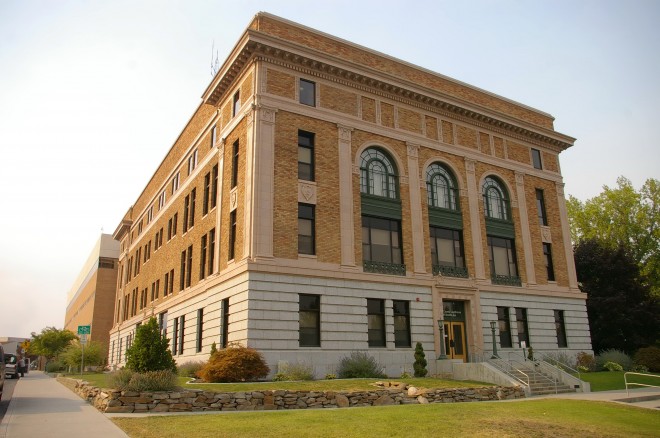 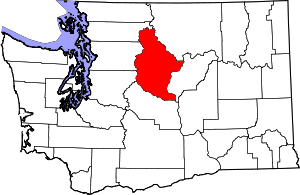 Description:  The building  faces northeast and is a four story buff colored brick, stone and concrete structure. The building is located on landscaped grounds in the center of Wenatchee. The rectangular shaped building has a horizontal stone first story and sits on the side of a gentle rise. The northeast front has a central entrance and is framed with stone. The third story windows are arched. The roof line is flat On the northwest side is the County Law and Justice Facility. 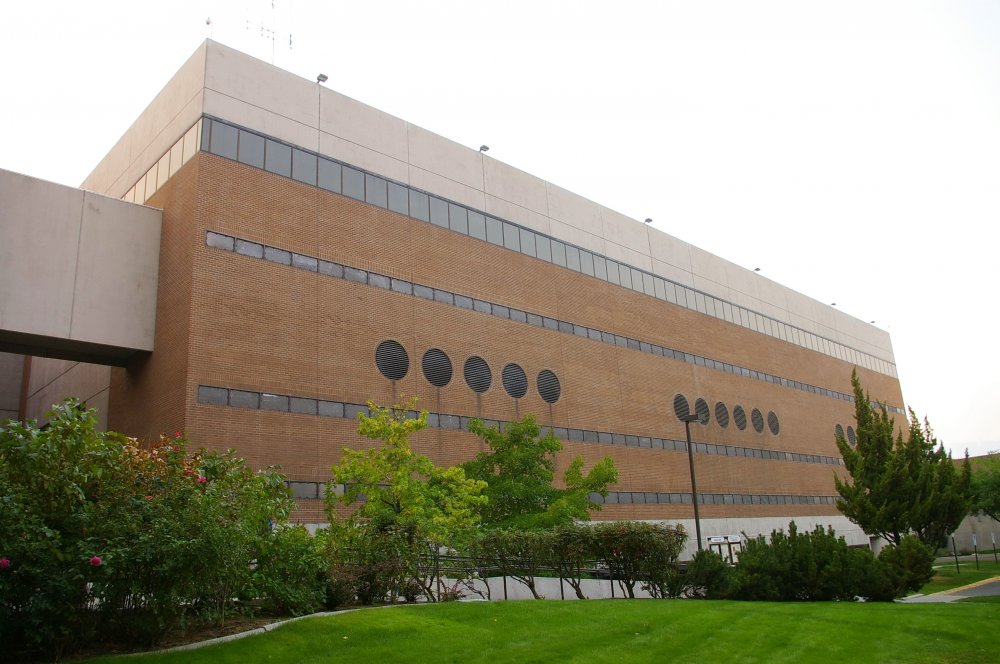 Description:  The building  faces southeast and is a six story rectangular shaped buff brick and concrete structure. The building is located on landscaped grounds in the center of Wenatchee and is connected to the courthouse on the southeast side. There are narrow horizontal windows. There is a wide horizontal band of concrete running below the flat roof line.

History:  The county was created in 1899 and Wenatchee was selected as the county seat. The first courthouse was the vacant brick Clark Hotel built by the Wenatchee Development Company in 1893 at the corner of Wenatchee Avenue and Kittitas Street. The second and present courthouse was constructed in 1923 to 1924. The County Law and Justice Facility was construcred in 1981 to 1983. 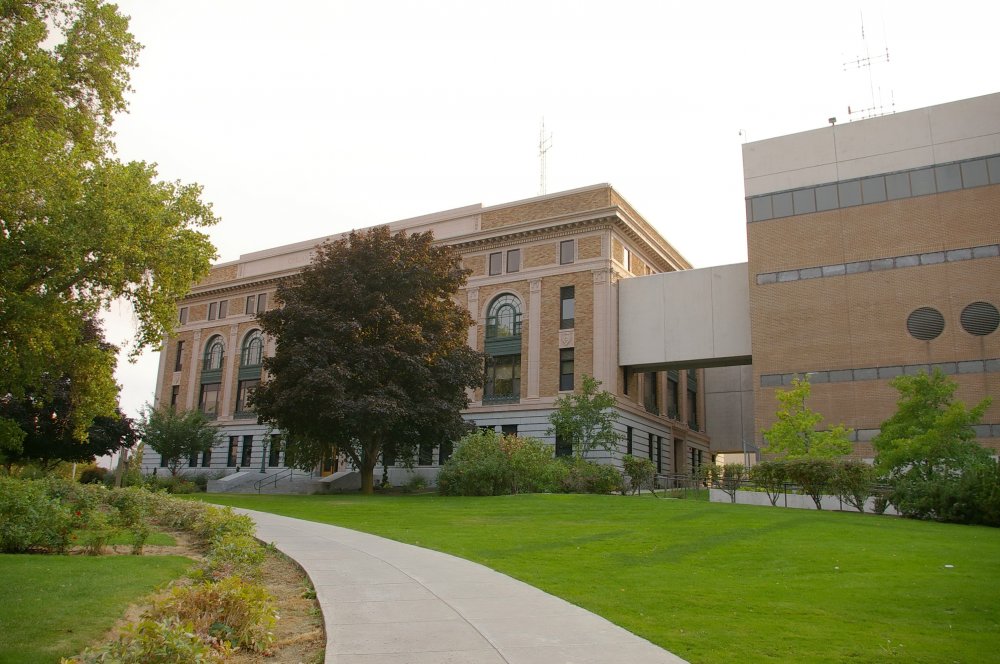 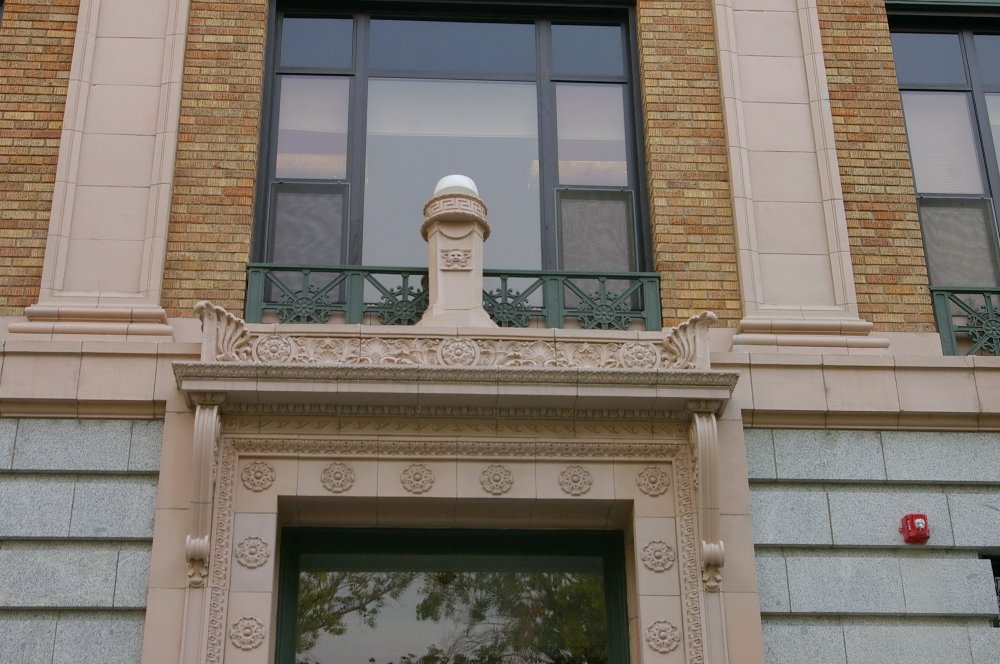 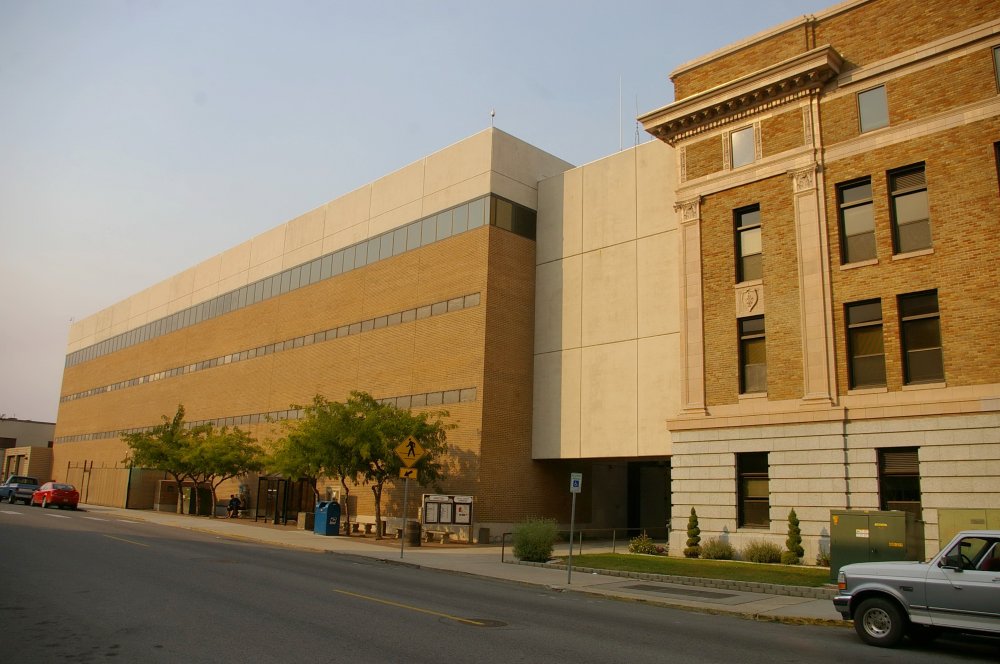