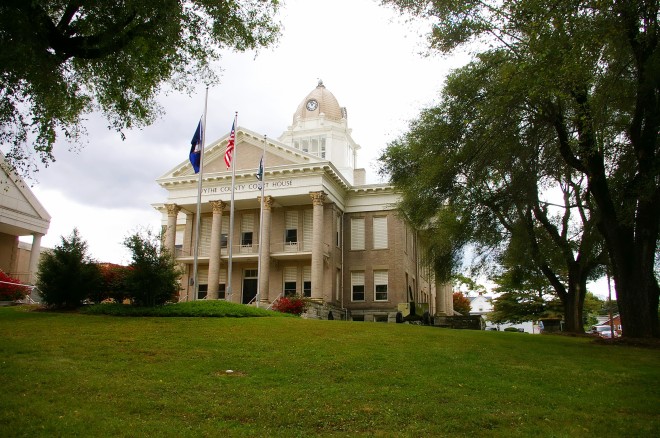 Wythe County is named for George Wythe, who was the first Virginian to sign the Declaration of Independence.

Description:  The building faces northeast and is a two story buff colored brick and concrete structure. The building sits on a low hill which descends on the north side in the center of Wytheville. The northeast front has a projecting center section with a large portico with four Corinthian columns rising to a wide pediment at the roof line. There is a wide balcony on the second story. On the center of the roof is a large eight-sided dome with clock and gold colored roof at the top. The interior features a center lobby with patterned ceilings, heavy scroll brackets at the intersection of passageways, and staircases with turned balusters and decorative square newels. The building is used for county offices. 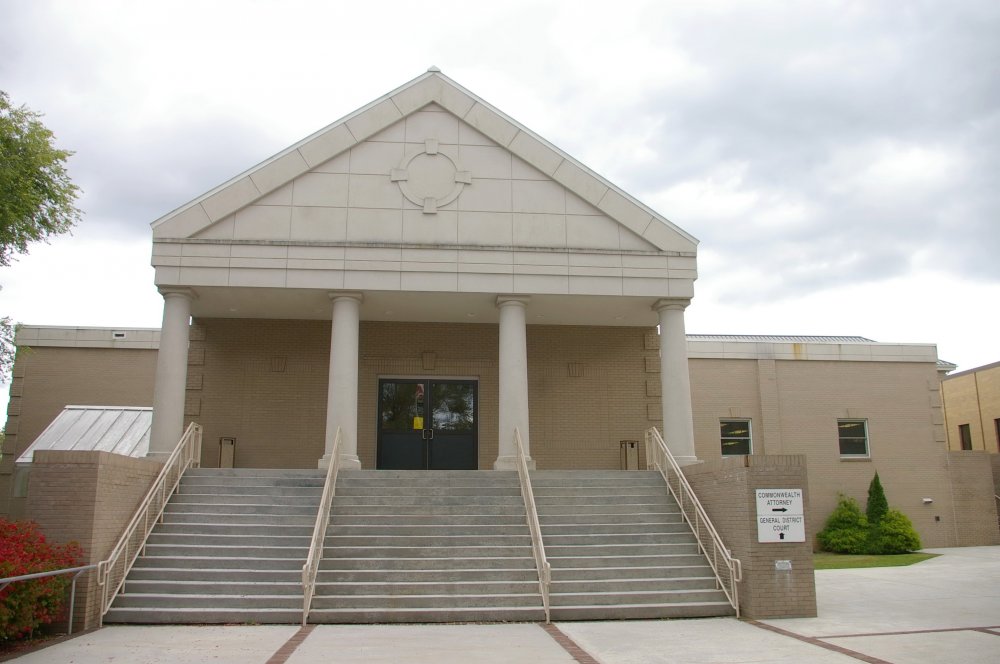 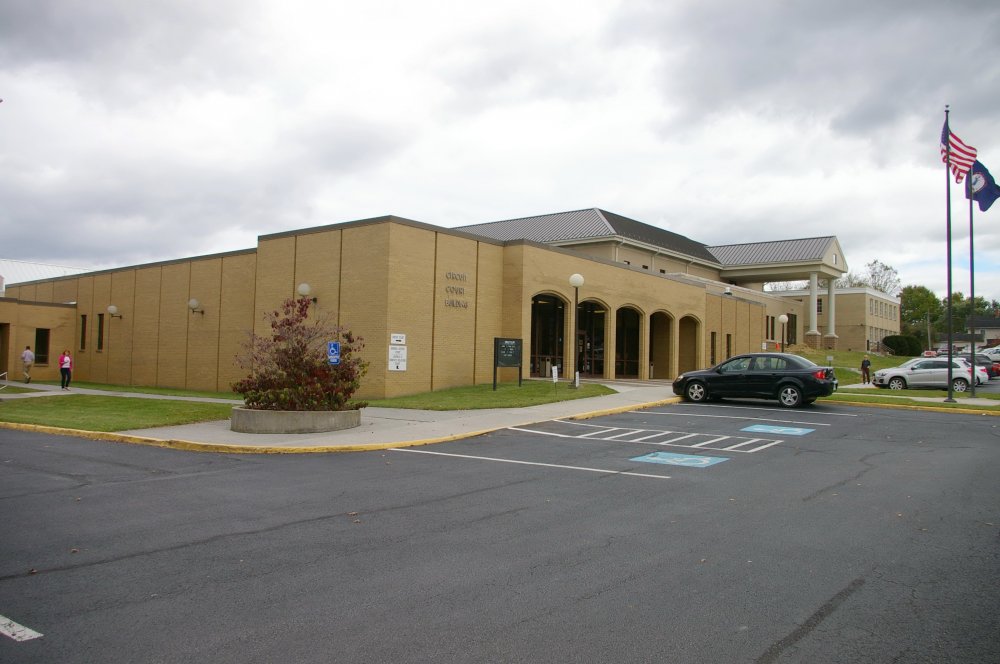 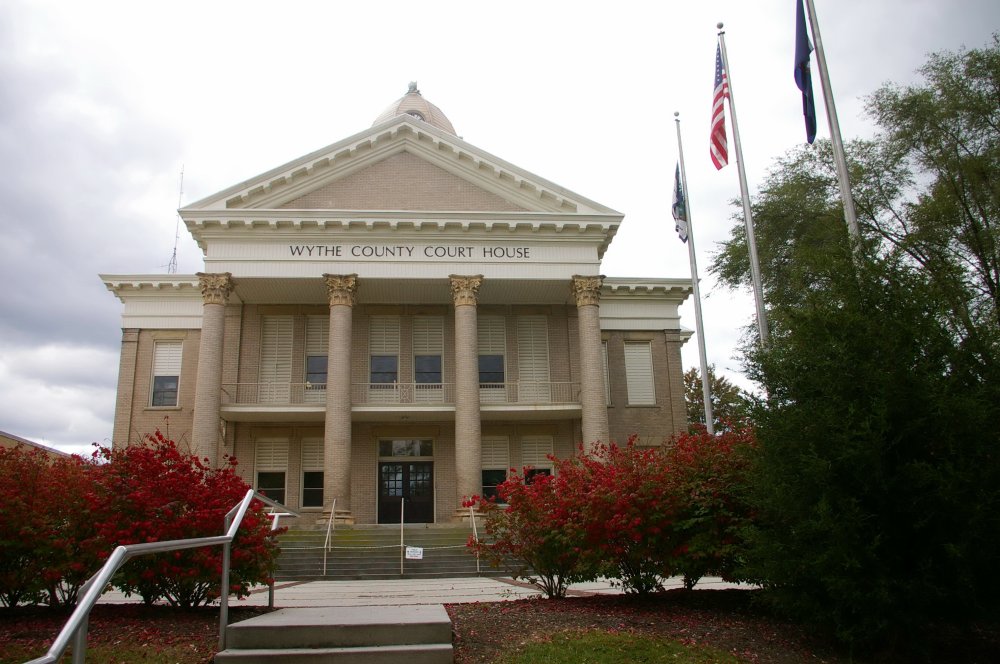 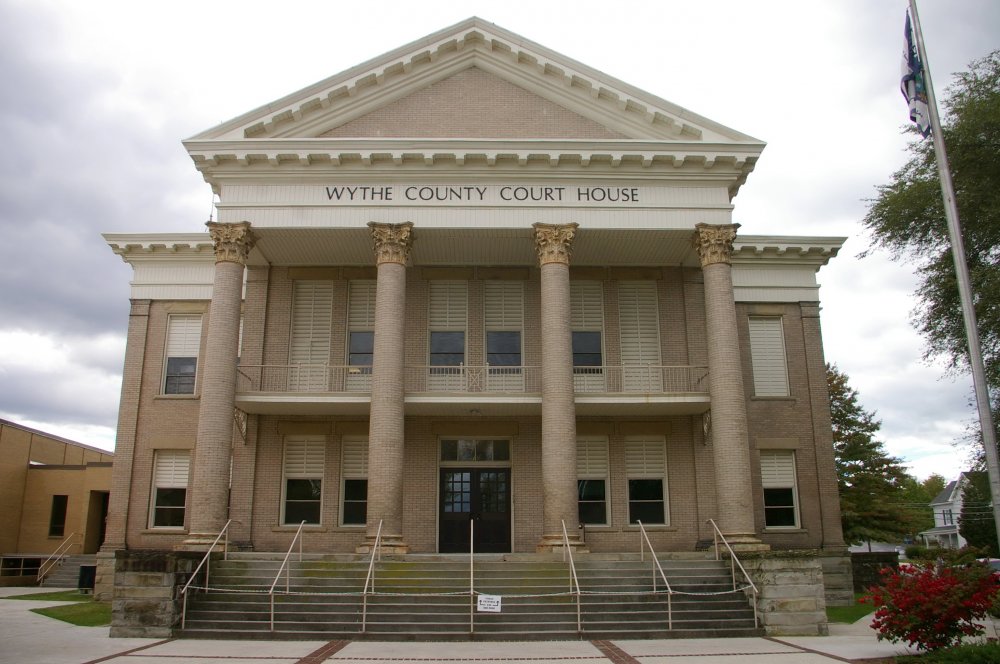 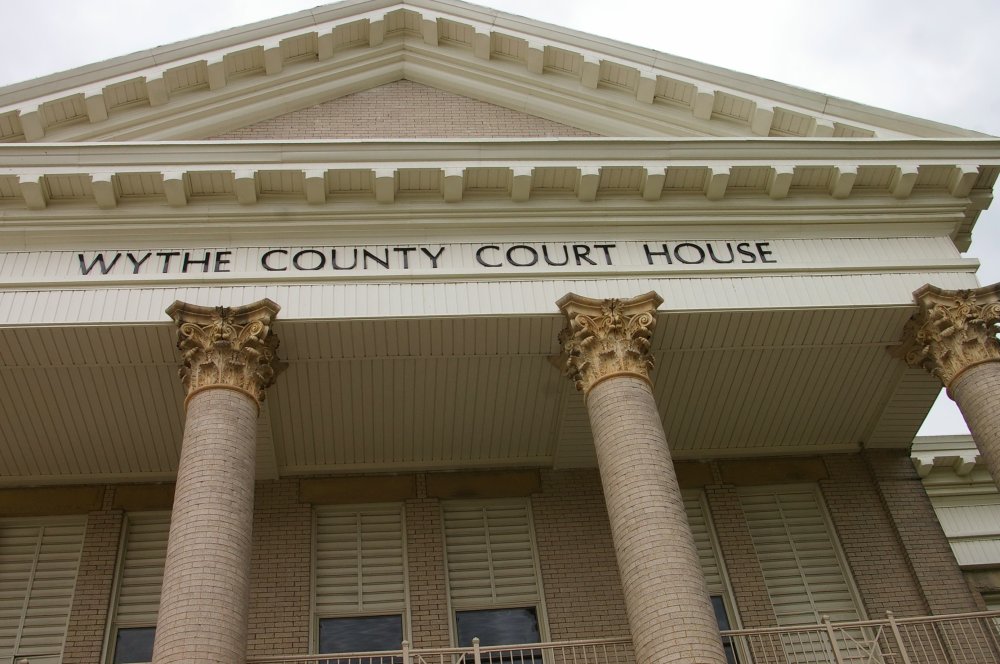 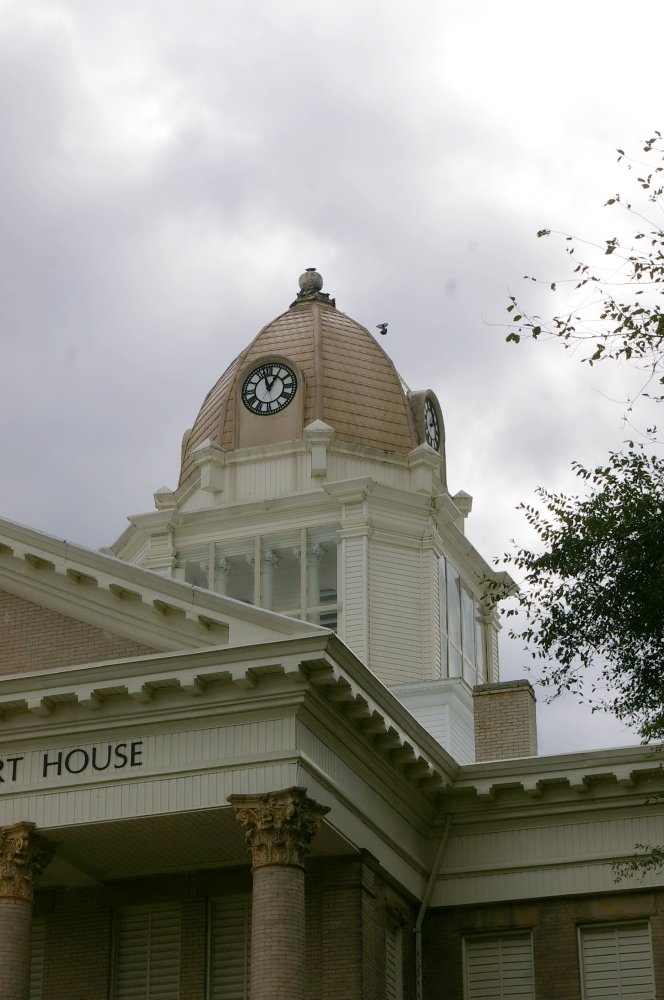 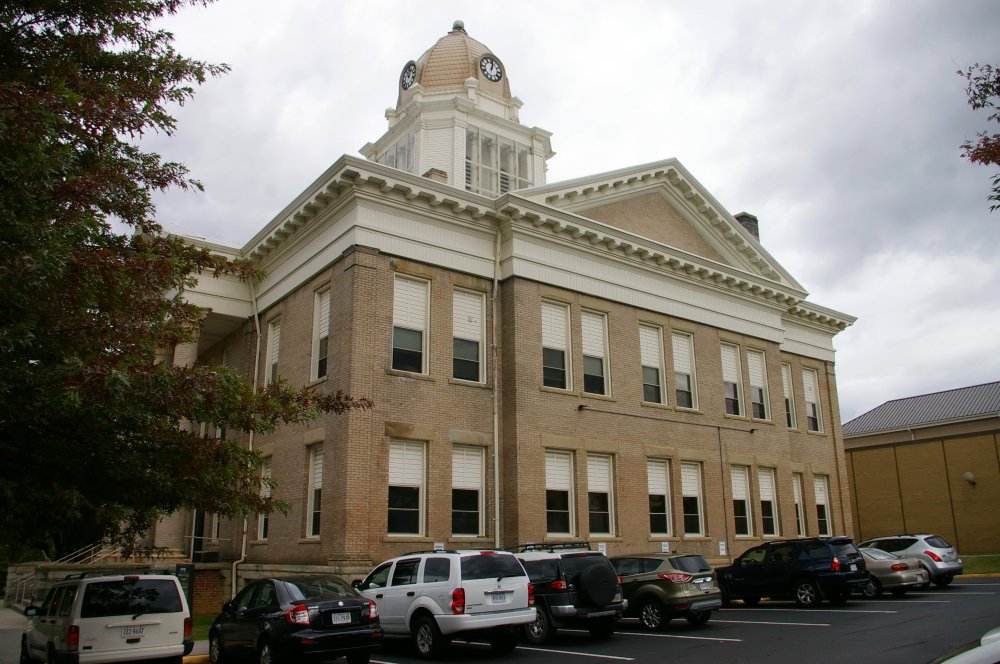 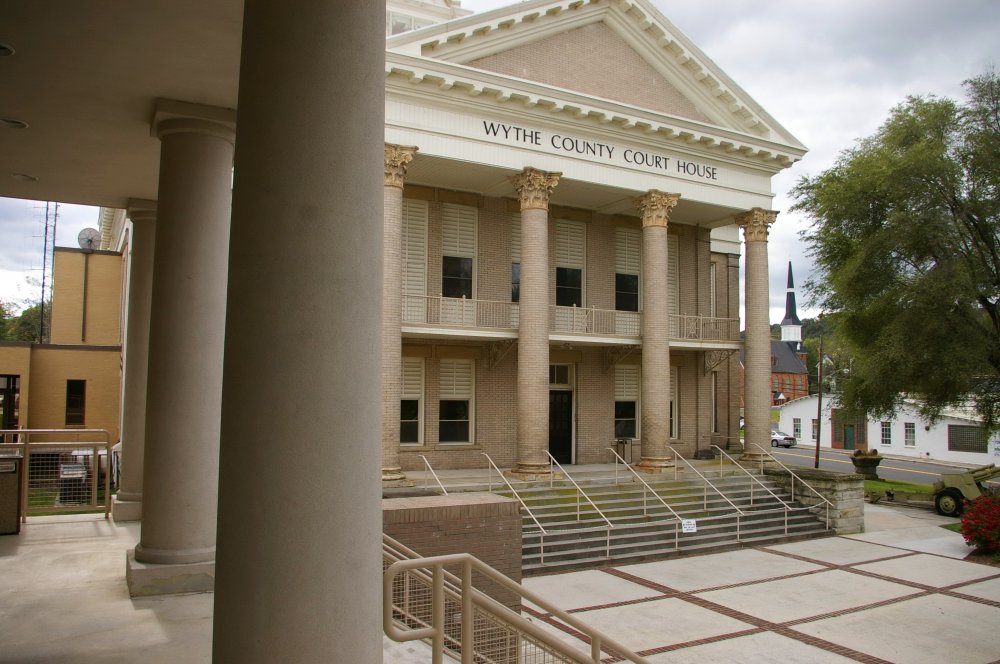 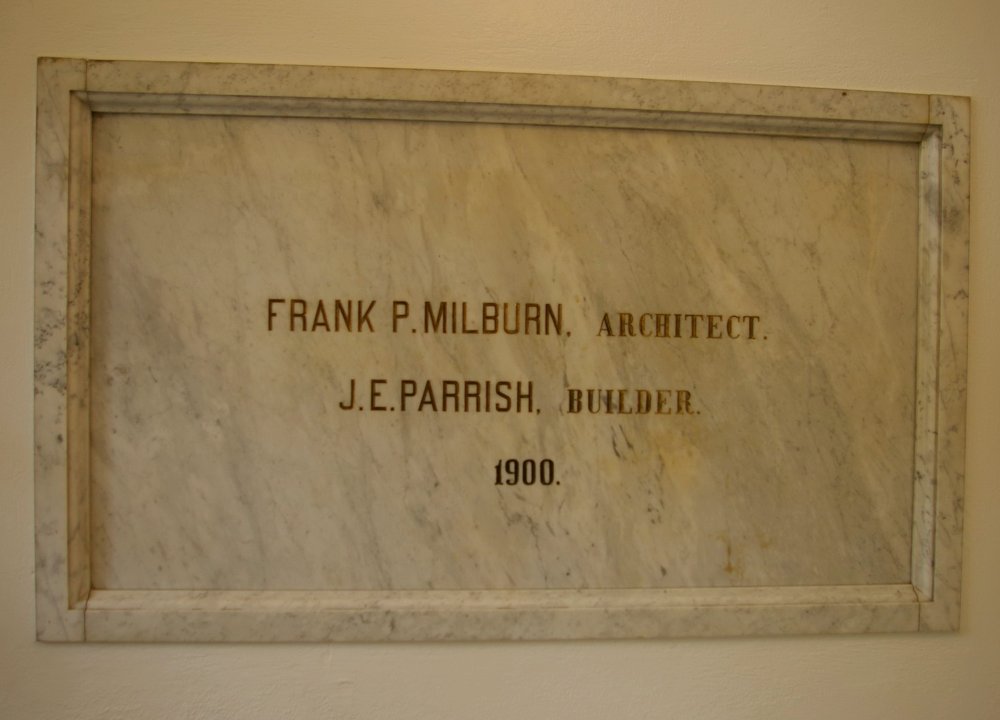 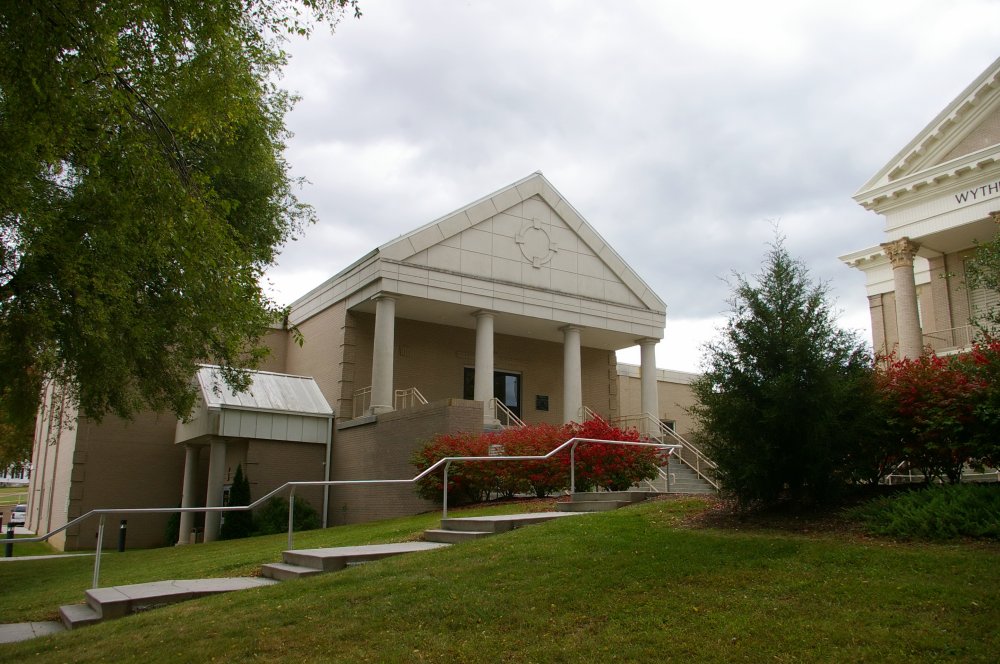