Description:  The building faces southeast and is a two story colored red brick and wood structure. The building is located on landscaped grounds in the center of Abingdon. The southeast front has a large porch with four large white colored Doric columns rising to the roof line. An Italianate cornice follows the flat roof line. The recessed central entrance is framed with white colored wood. On the roof is a tiered square white colored cupola. On the northwest and southwest sides is a new addition constructed in 1954. The building was renovated in 1987. The architect was Dewberry & Davis and the contractor was Harold Kistner Construction Company.

Note:  Of special note is the Tiffany stained glass window above the courthouse entrance. It was dedicated on July 4, 1919, to honor those who served in World War I. 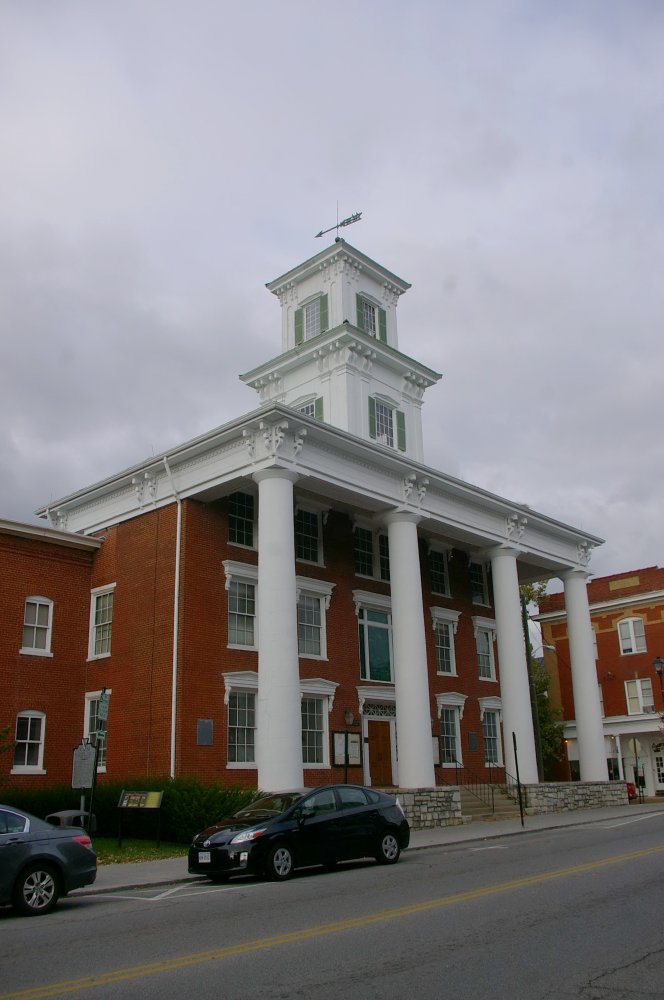 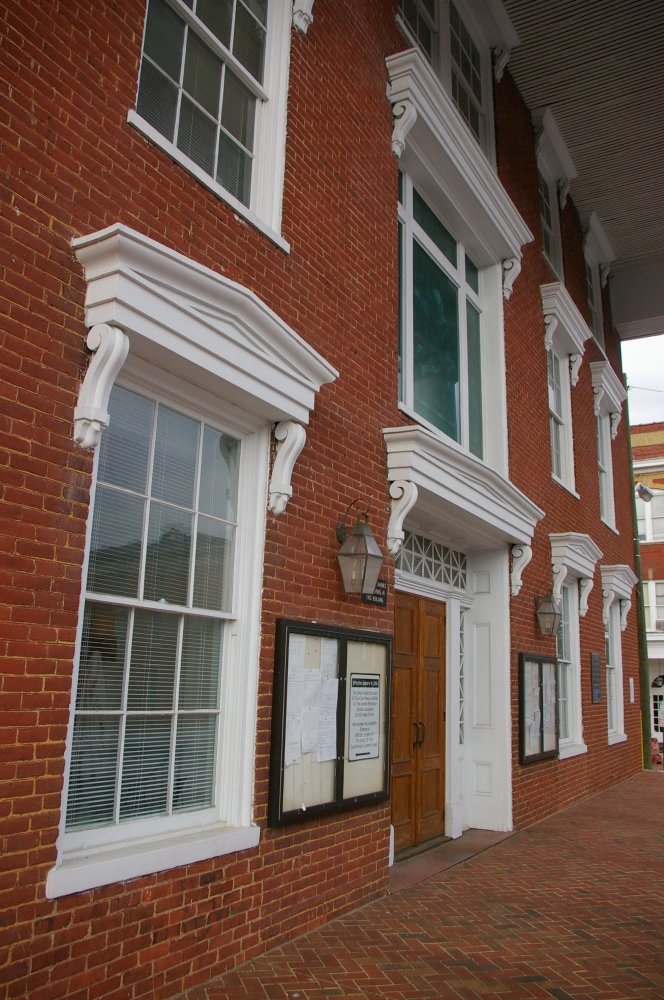 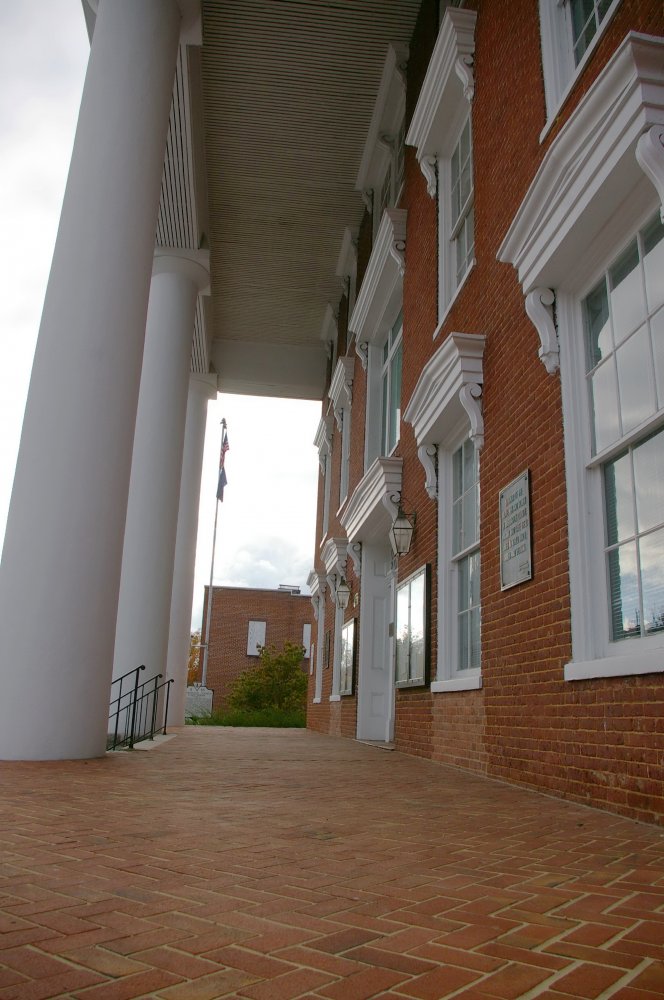 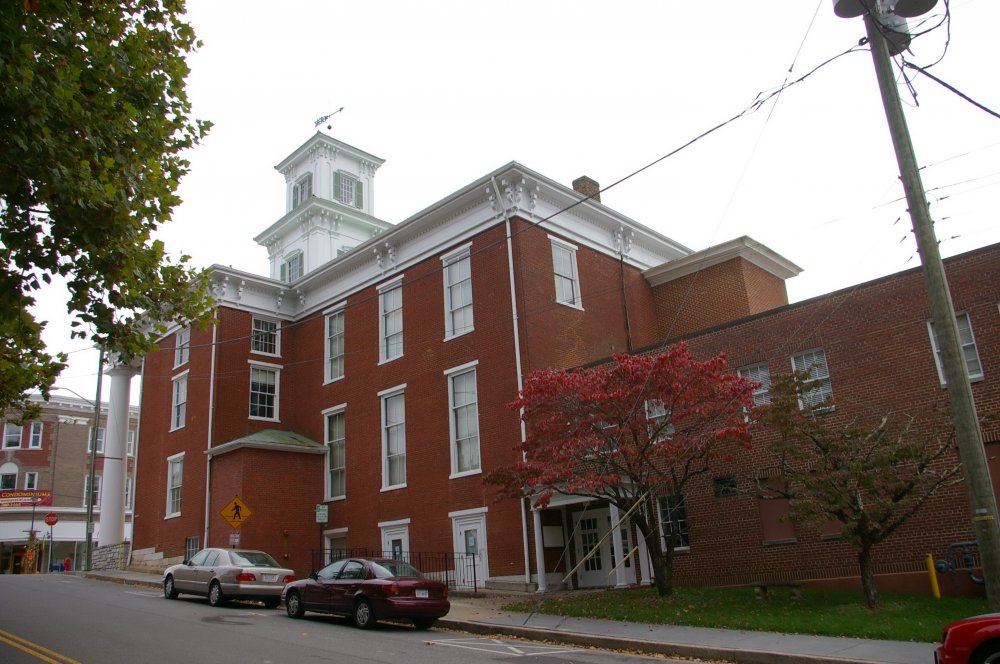 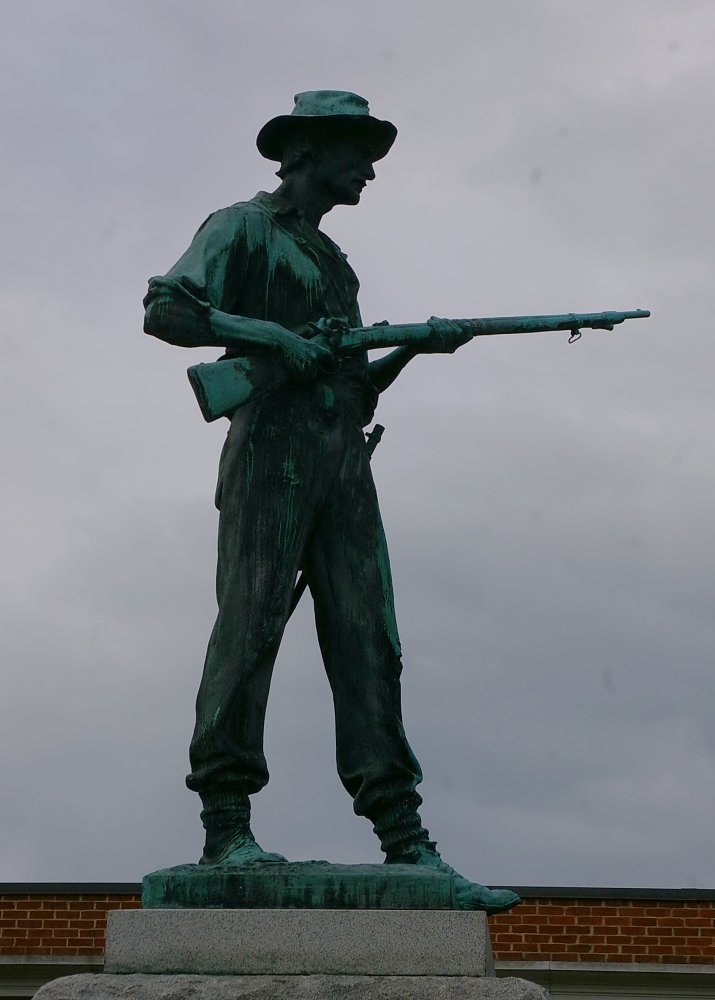 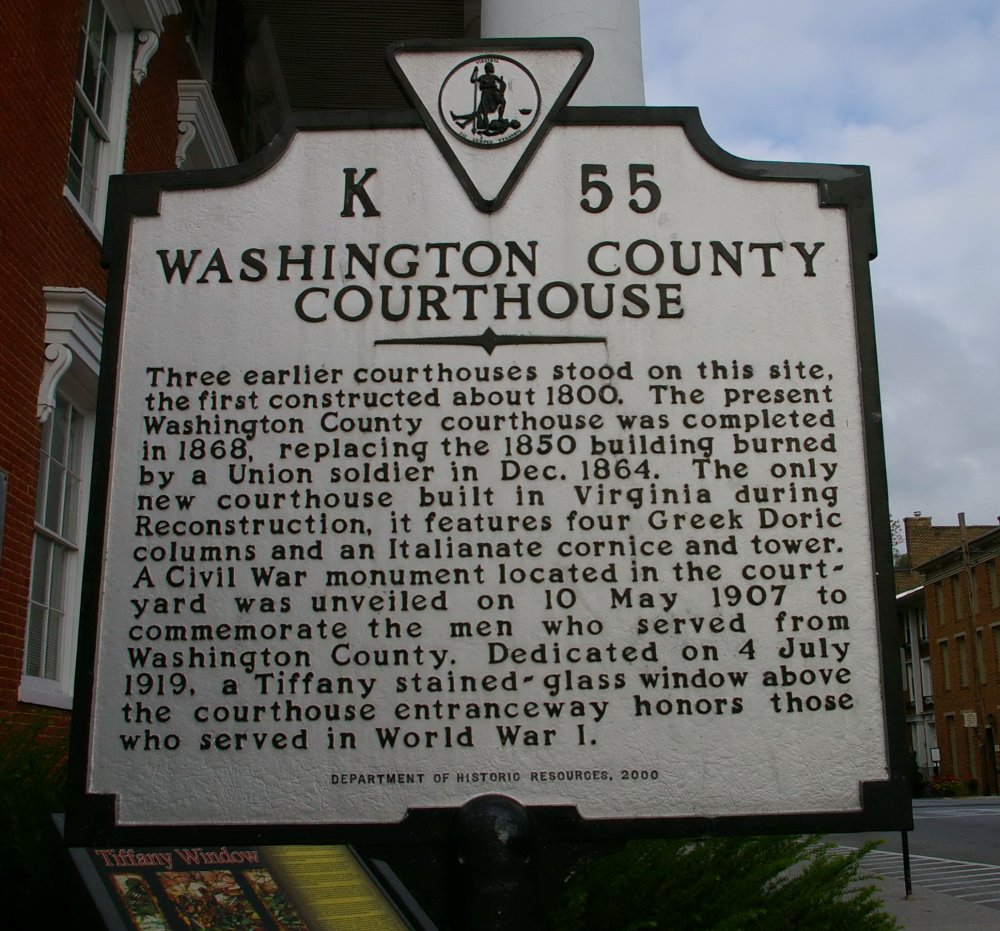