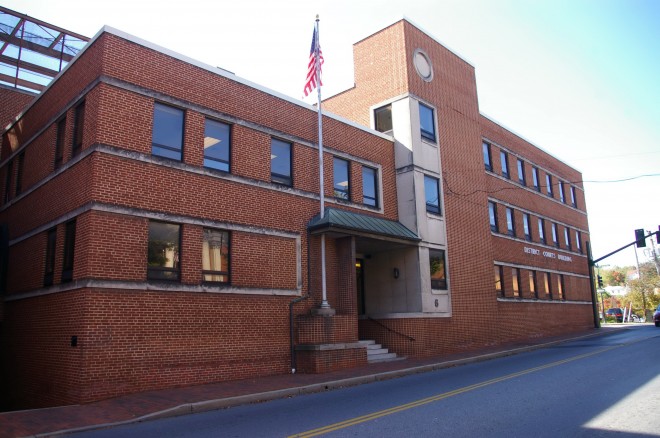 Description:  The building faces south and is a three story red colored brick and concrete structure. The building is located in the center of Staunton.  The building has a raised basement with central stone framed entrance. There are horizontal stone belts. The roof is hipped. The building was originally built as an opera house Grange Hall and was converted in the 1878 to serve as the City Hall. A new façade was constructed in 1929 to 1930. The architect was Sam Collins. In 1993, the building was converted into a courthouse and dB Associates of Charlottesville was the architect. The building is named as the Cochran Justice Center and the Circuit Court and General District Court of the 25th Judicial Circuit.

The Juvenile and Domuestic Relations Court is housed in the Augusta County District Courts Building.

History:  The Independent City was created in 1870. The first and present courthouse was constructed in 1869 to 1870. In 1993, the building was converted entirely to a courthouse. 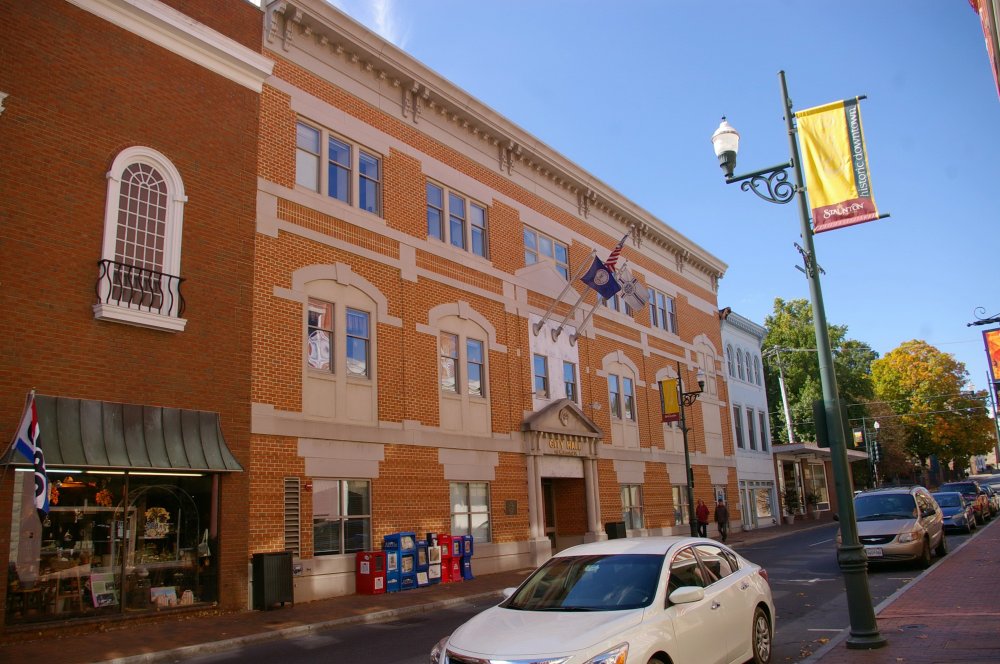