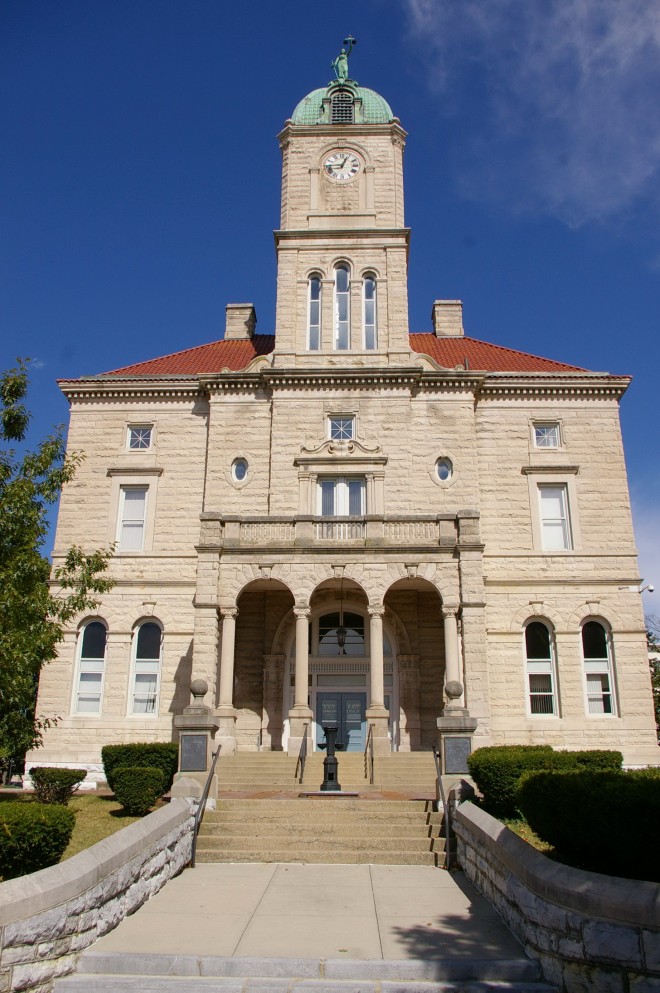 Rockingham is named for the Charles Watson-Wentworth, 2nd Marquess of Rockingham, who was a Prime Minister of Great Britain.

Description:  The building faces south and is a three story buff colored rough cut stone structure. The building is located on the landscaped grounds of Courthouse Square in the center of Harrisonburg. The south front has a one story stone porch with three arches and one arch on each side. The second story has a balcony with square stone tower rising to five stories with clock and green colored dome and statue of Justice at the top. The hipped roof is red colored. The building was renovated in 1931. The architect was C H Hinnant of Lynchburg and the contractor was Harrisonburg Building & Supply Company. The building was further renovated in 1993 to 1994. The architect was The Mosely-McClintock Group and the contractor was Nielsen Construction Company, Inc. 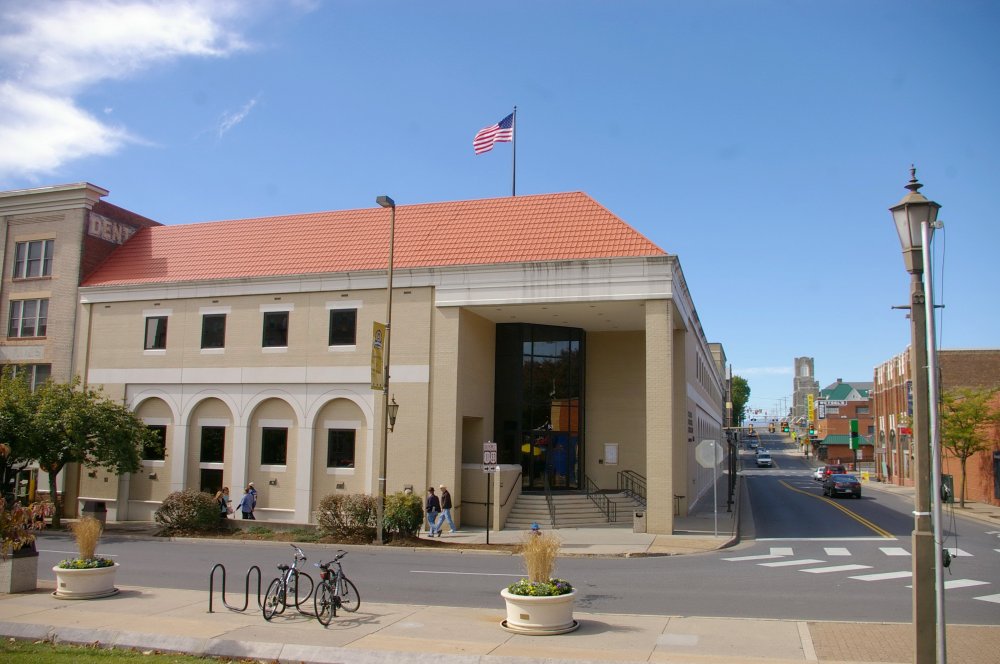 Description:  The building faces northeast and is a two story buff colored stucco and concrete structure. The building is located in the center of Harrisonburg on the west side of the courthouse. The main entrance is located on the northeast corner with a recessed porch supported by one tall pillar. Along the east and north sides are arches on the first story, The windows are small. The red colored roof is hipped. The building houses the District Court and is located across from the courthouse along Courthouse Square.

History:  The first courthouse in 1778 was a log building located on the estate of Daniel Smith at Smithland about two miles northeast of Harrisonburg. The second courthouse was built by Robert Campbell on the Courthouse Square 1n 1779 to 1780 and during the construction, the court met at the stone house of Thomas Harrison. The courthouse was damaged and the court met at the home of Andrew Shanklin. The third courthouse was a two story stone structure built by Brewer Reeves on the Courthouse Square in 1791. The fourth courthouse was built on the Courthouse Square in 1833 to 1834. Philip Armentrout did the foundation work. Jacob and William Newman laid the brick, and Adam Lushbaugh, of Staunton, did the woodwork. James Payne plastered the interior and N Sprinkle & Brothers did the painting. Strother Effinger and Daniel Piper installed the tin roof, while William Reherd performed the iron work throughout. Harrisonburg gun maker John Crummey, with assistance from George S. Logan, made the ball and fish weathervane for the brick courthouse. In 1873, the court moved to the Old Federal Building. The fifth courthouse was constructed in 1874 by Holmes and Rust of Charles Town, West Virginia at a cost of $11,450. The sixth and present courthouse building was constructed in 1896 to 1897 at a cost of $96,826.24. The County Justice Center was constructed in 1991 to 1993. 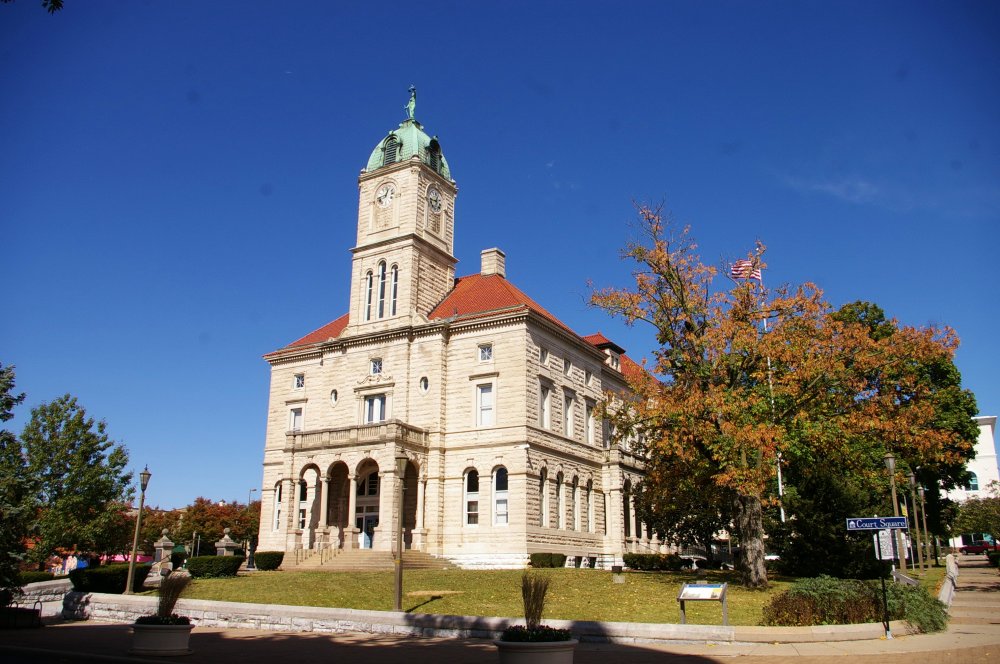 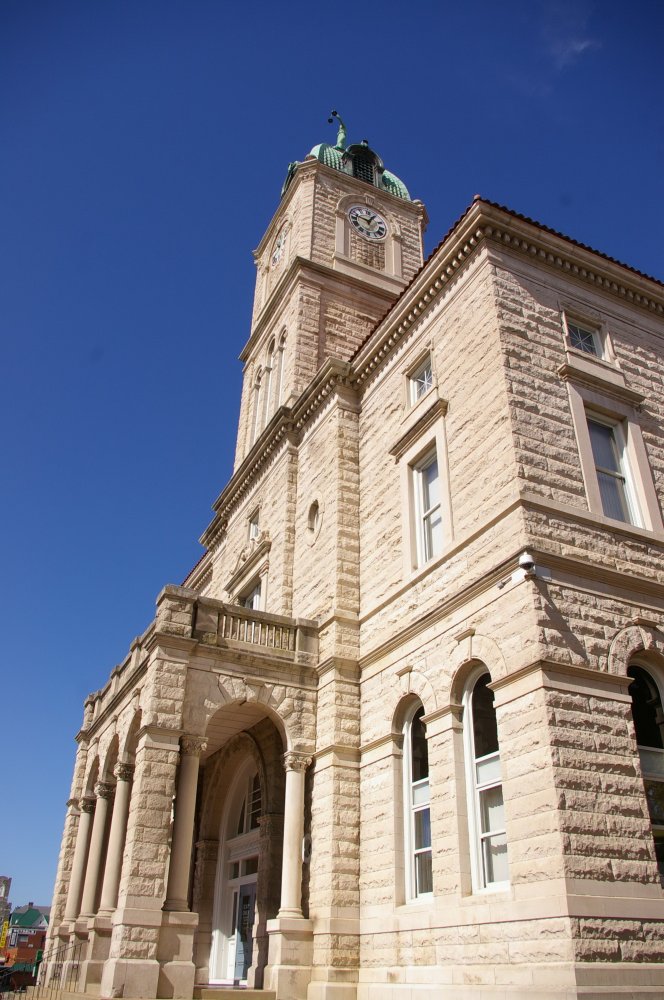 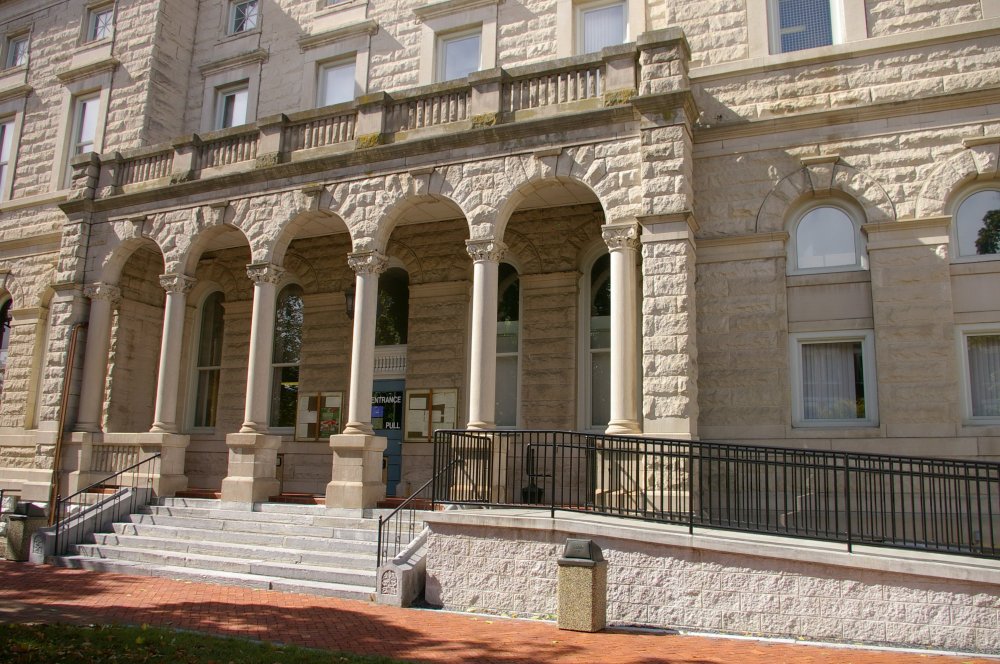 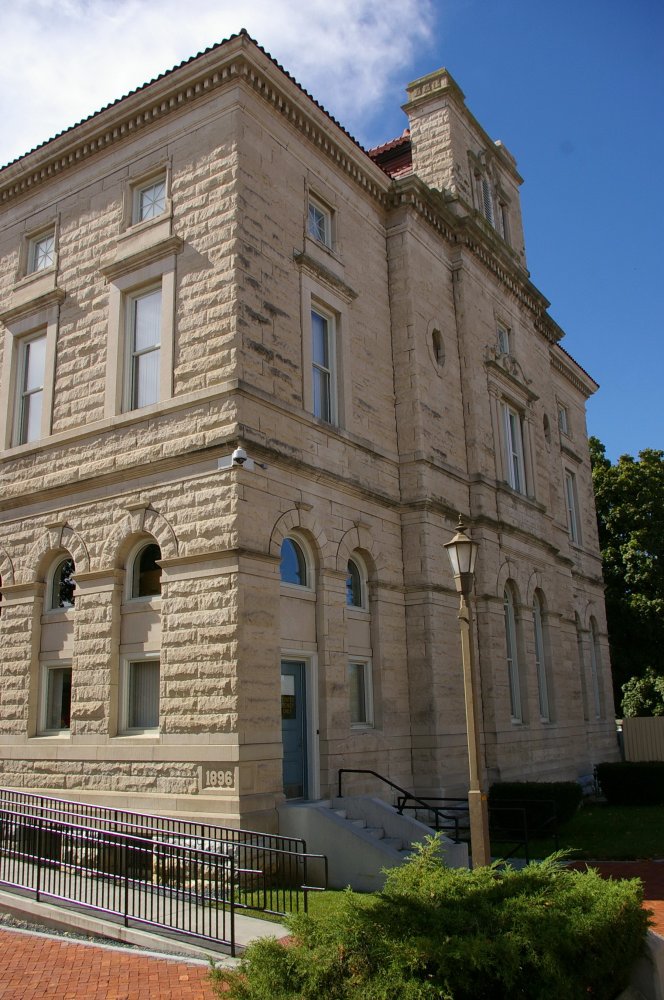 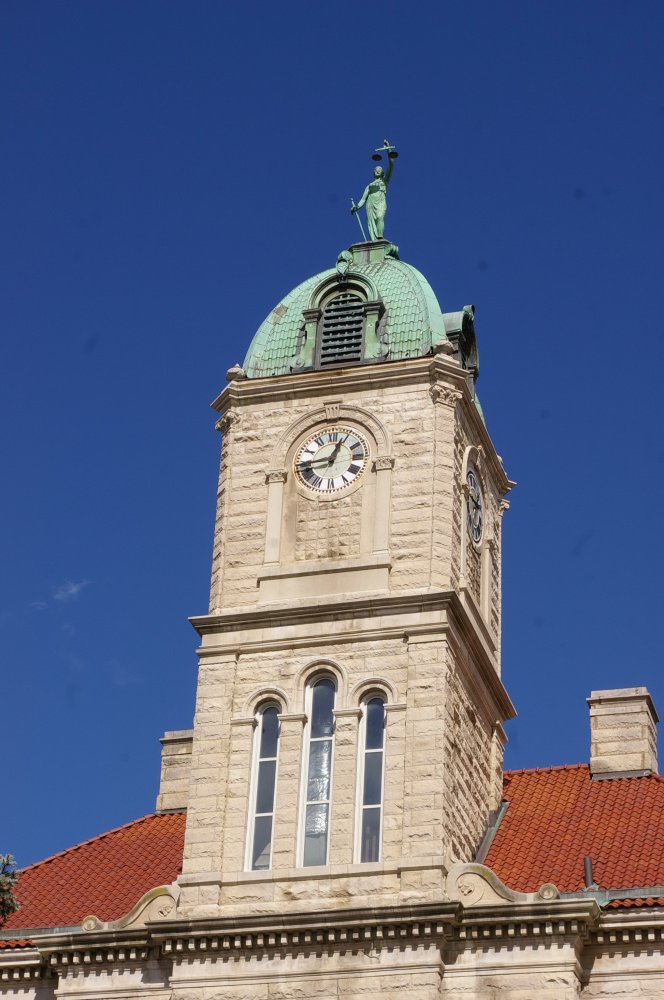 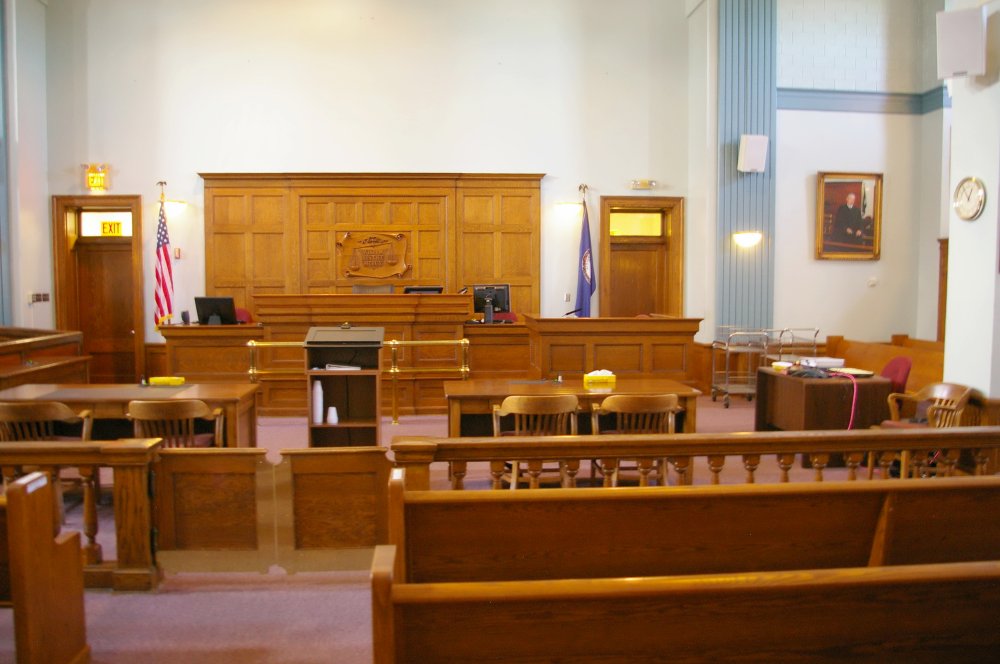 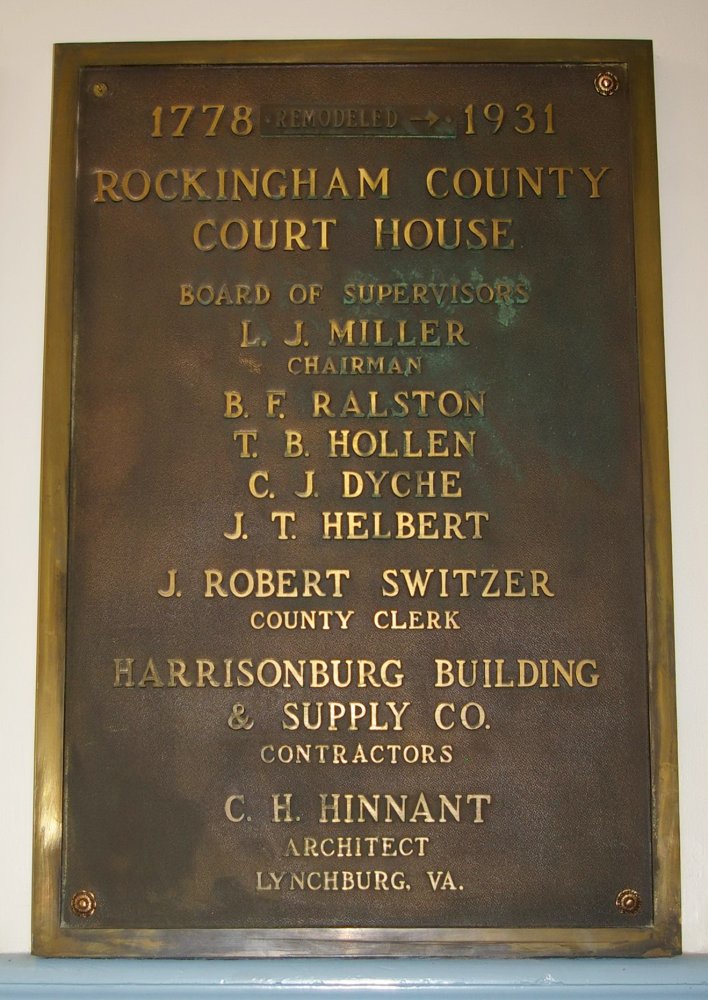