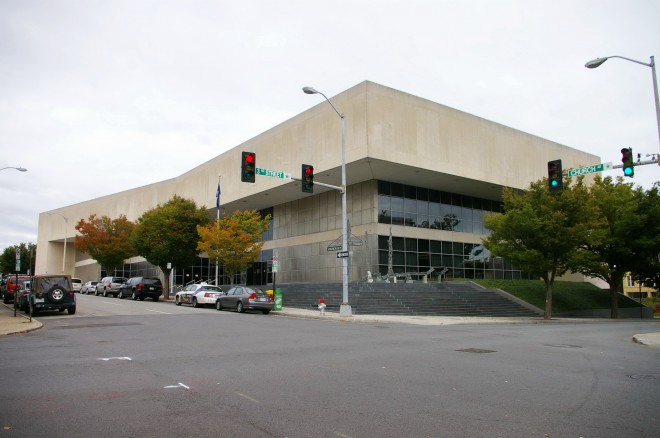 Description:  The building faces south and is a three story concrete and glass style structure. The south front has a large recessed glass wall which runs along the east side. A horizontal concrete band runs between the first and second stories. A wide horizontal concrete sections runs below the flat roof line. 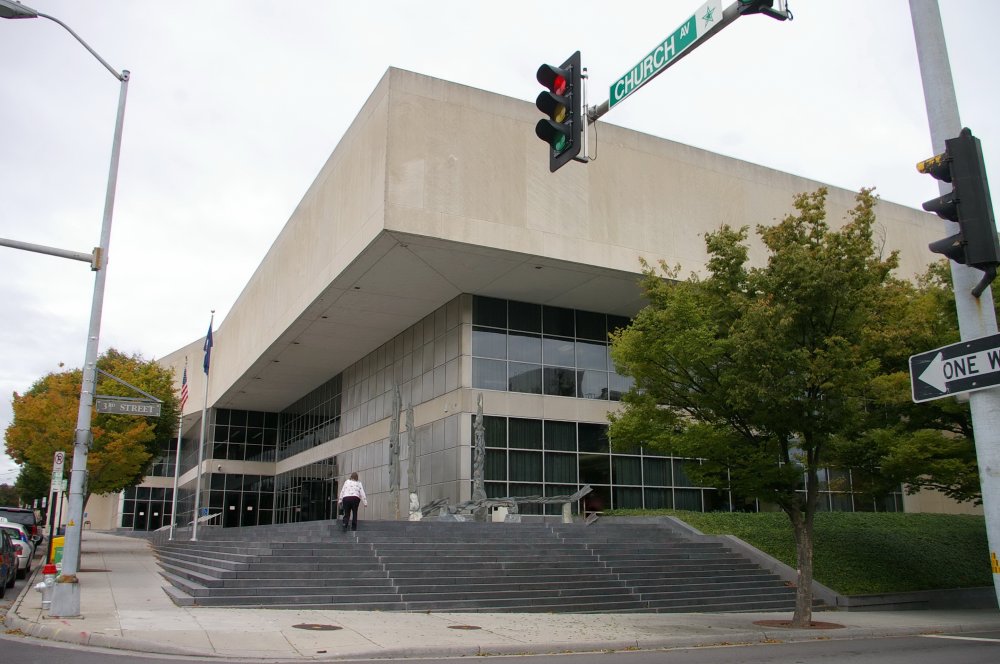 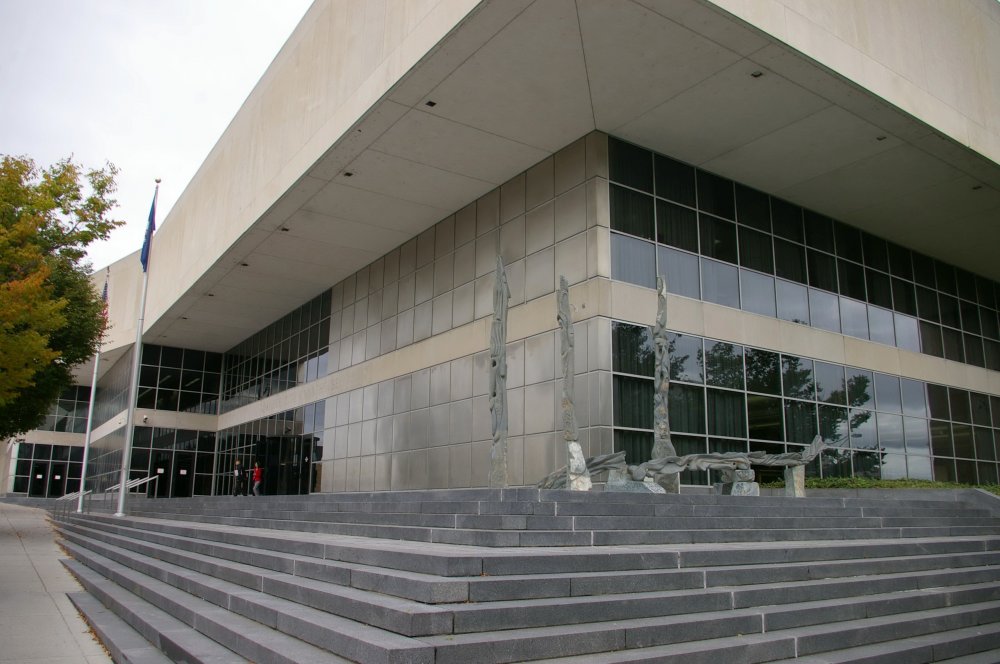 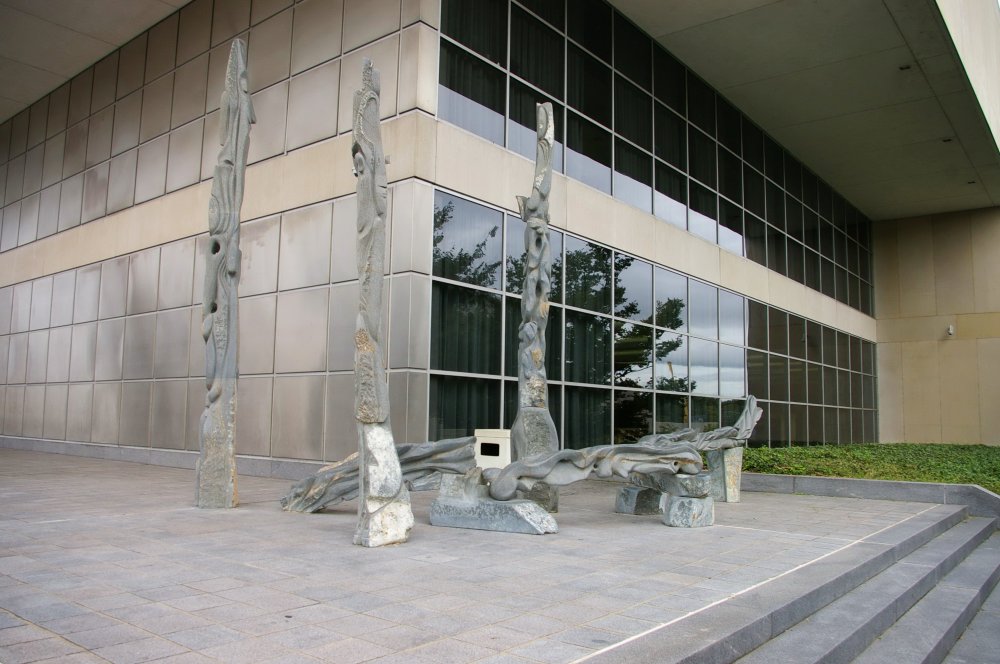 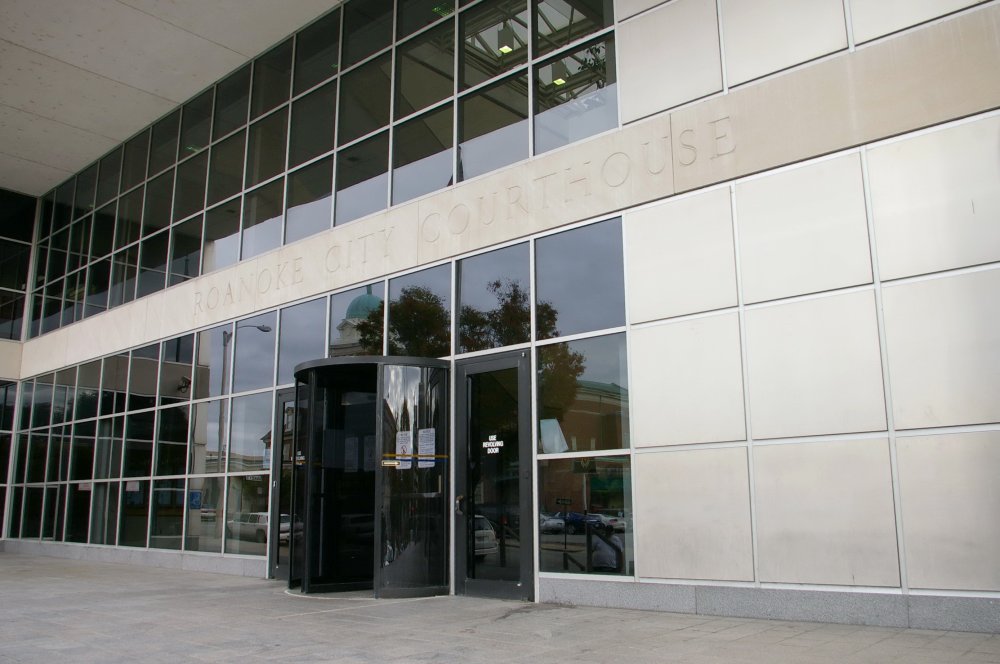 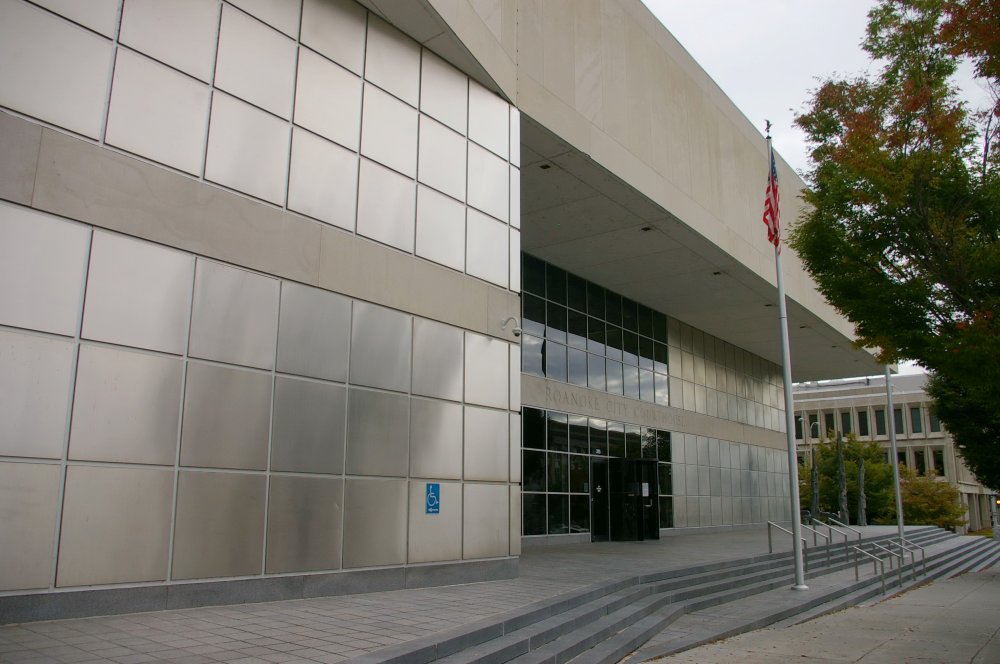 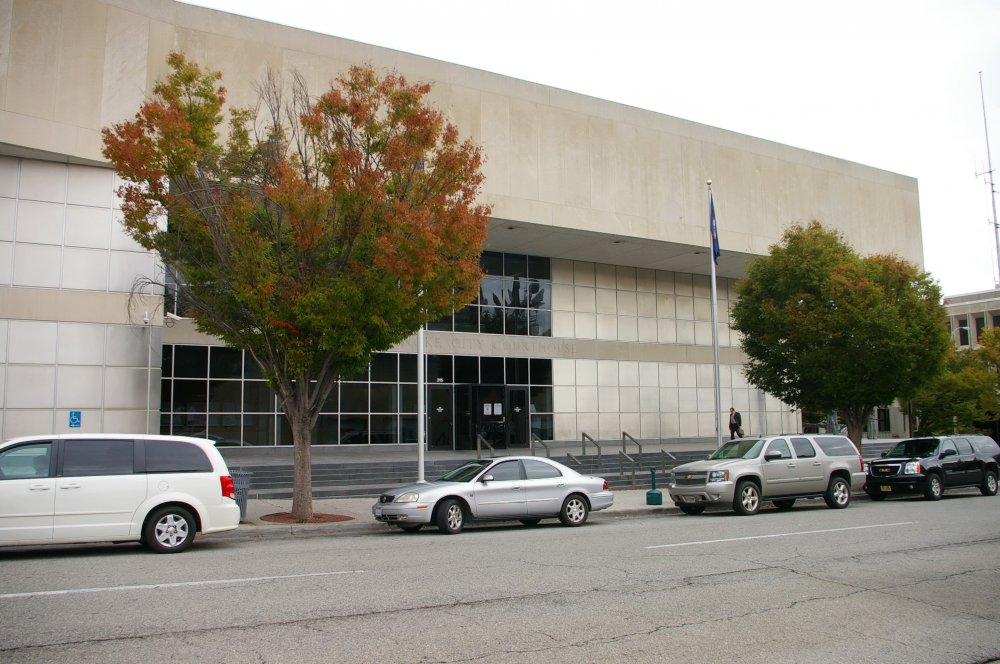 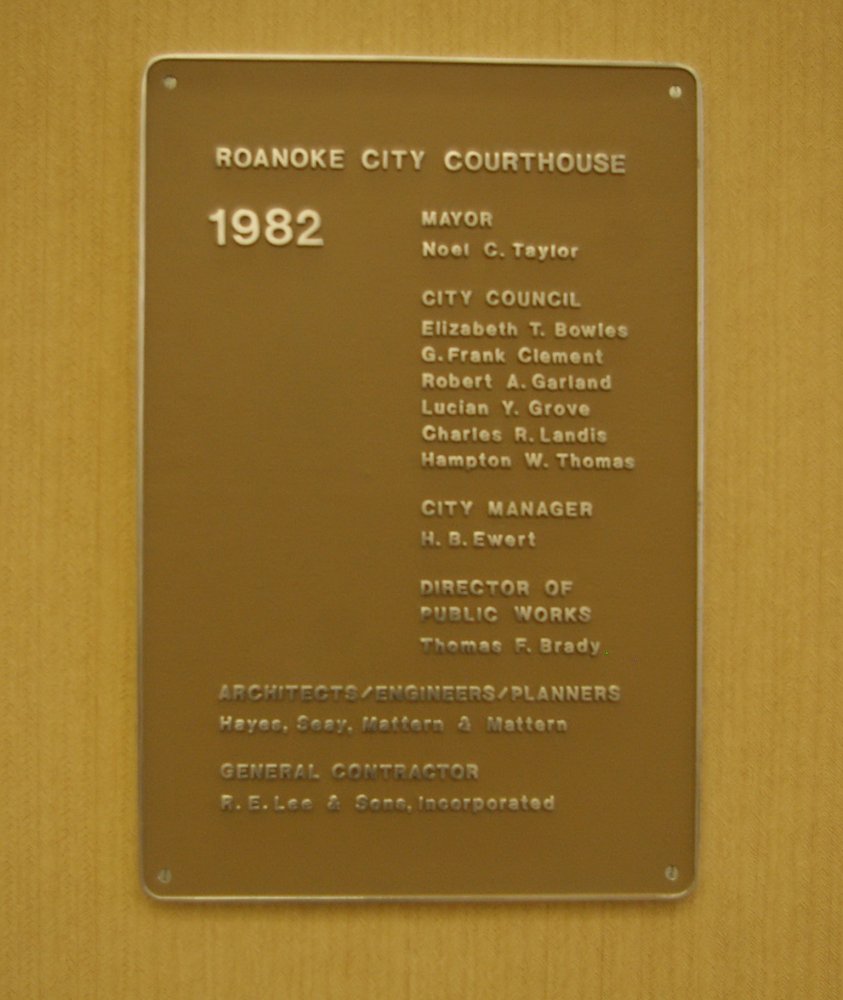