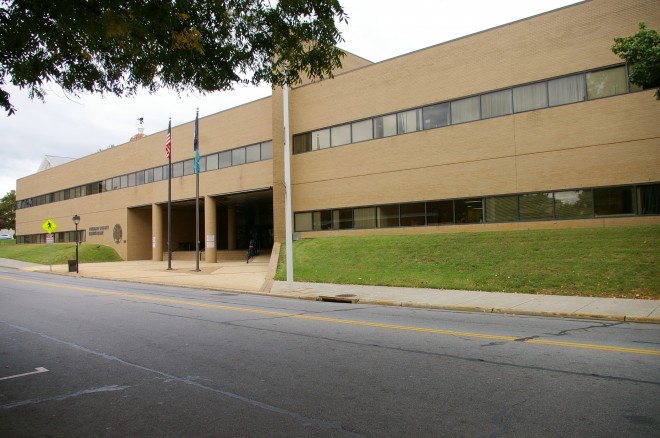 Description:  The building faces south and is a two story bluff colored brick, glass concrete style structure. The building is located on landscaped grounds in the center of Salem. The east front has a central recessed entrance with two pillars. The entrance area extends west with a open passage extending north. The widows are horizontal. The roof line is flat. The building houses the County Circuit Court, County General District Court and Count Juvenile and Domestic Relations Court. Of the 23rd Judicial Circuit. 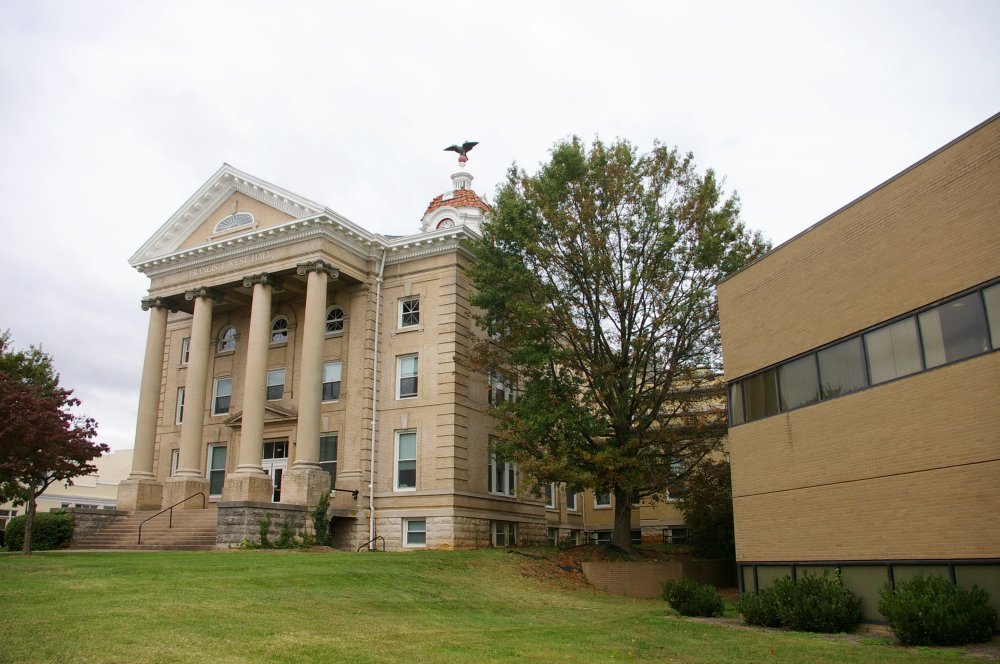 Description:  The building faces south and is a three story yellow colored brick and concrete structure. The rectangular shaped building is located on landscaped grounds in the center of Salem on the west side of the courthouse. The south front has a large portico with four tall Ionic columns rising to a pediment at the roof life.  The recessed entrance has a small pediment above. On the center of the roof is a square white colored cupola with red colored dome and eagle at the top. In the interior, the former courtroom was located on the second story. In 1949 to 1949, a two story yellow colored brick addition was constructed on the north side. The building ceased to serve as the courthouse in 1984 and was renamed as the Francis T West Hall, a part of the adjacent Roanoke College.

See: The courthouse is similar to the 1909 Franklin County courthouse also designed by Harvey H Huggins. 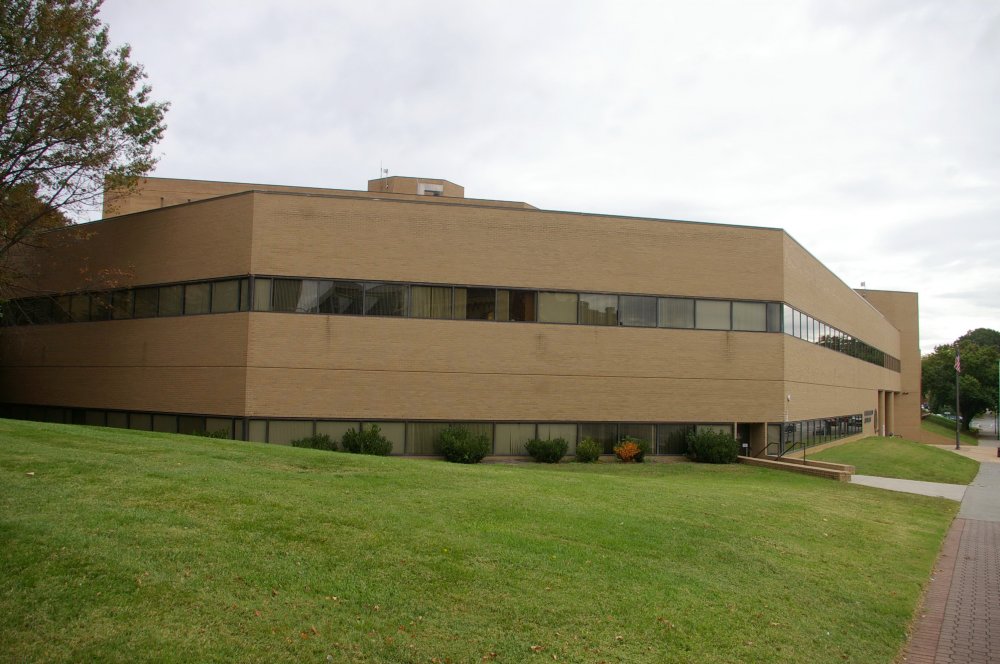 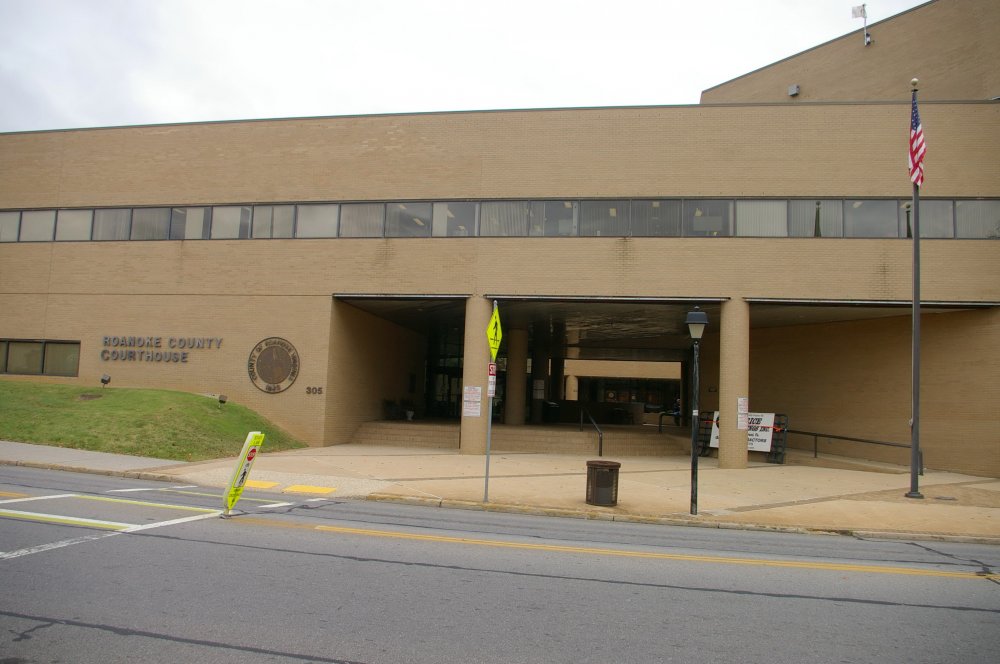 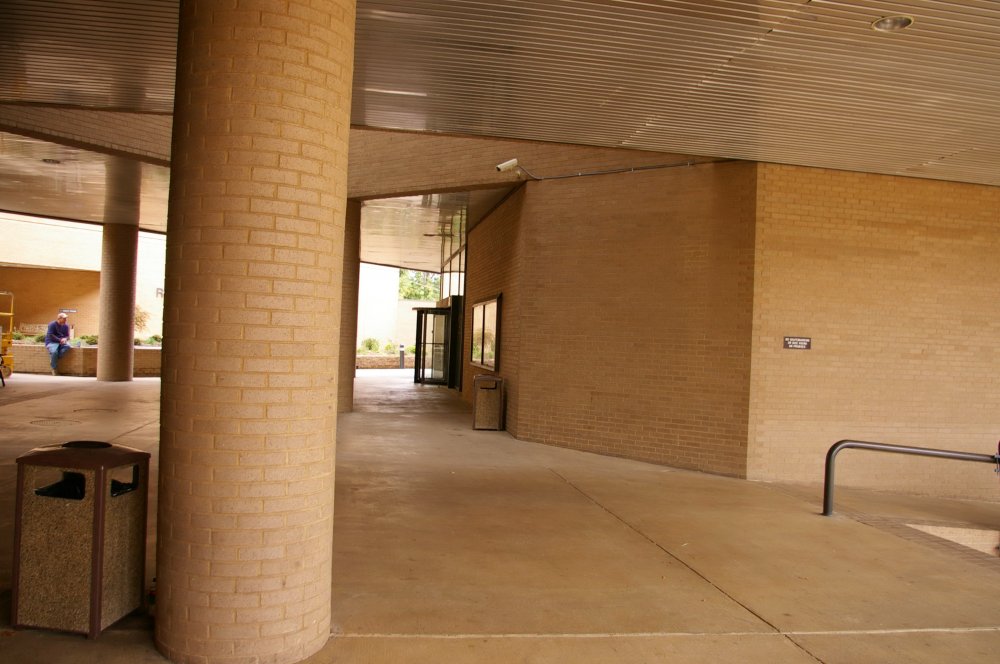 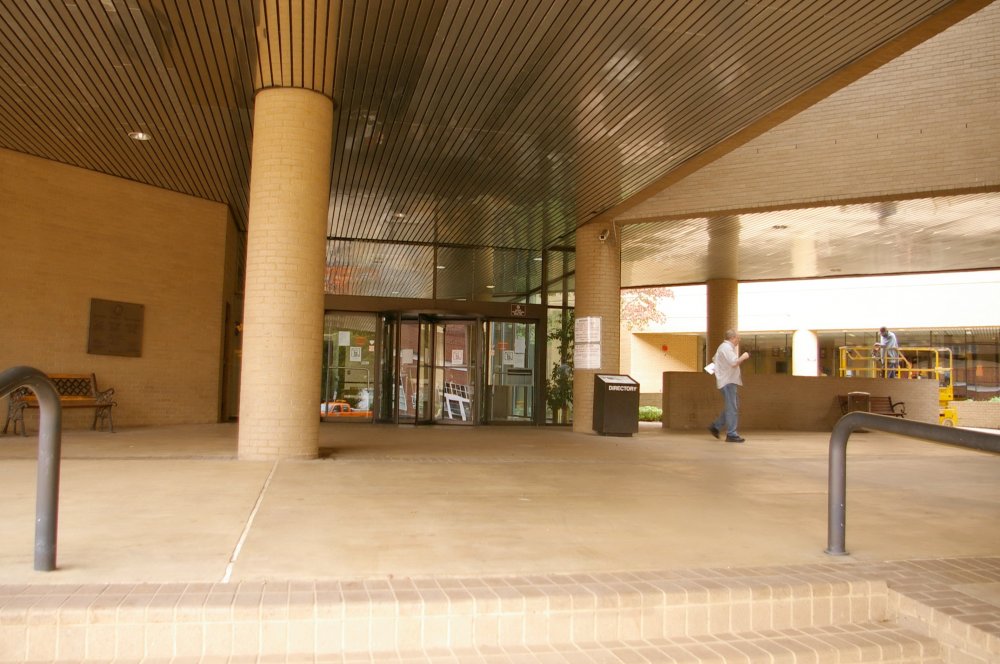 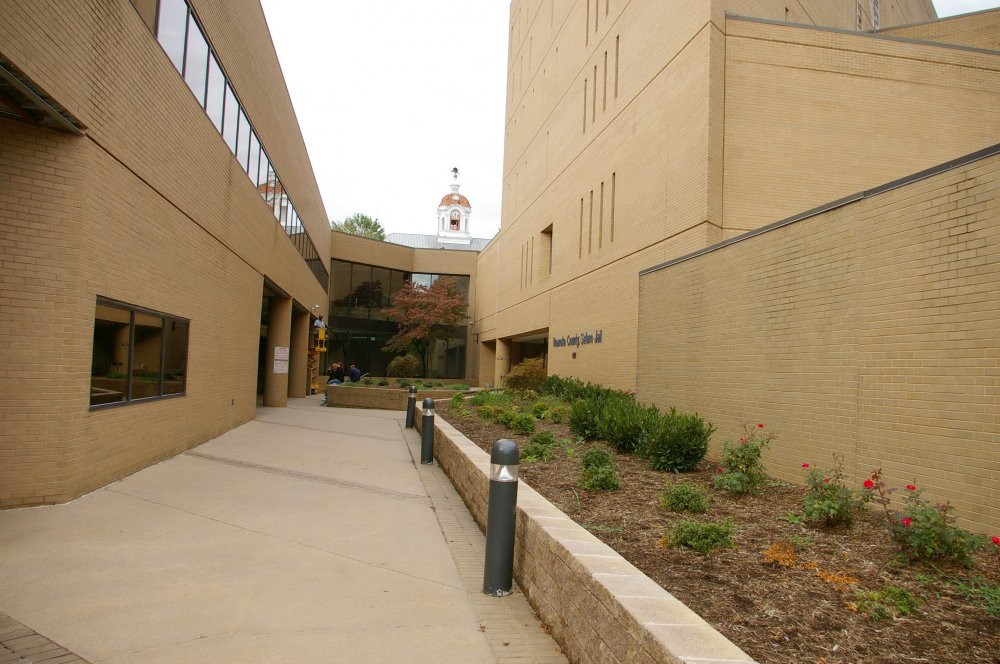 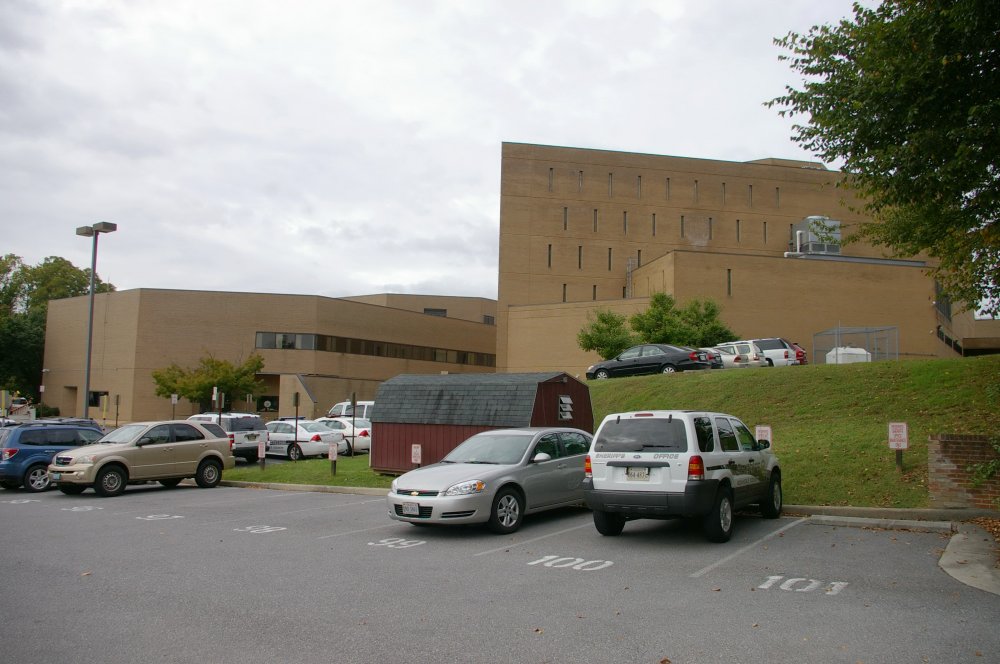 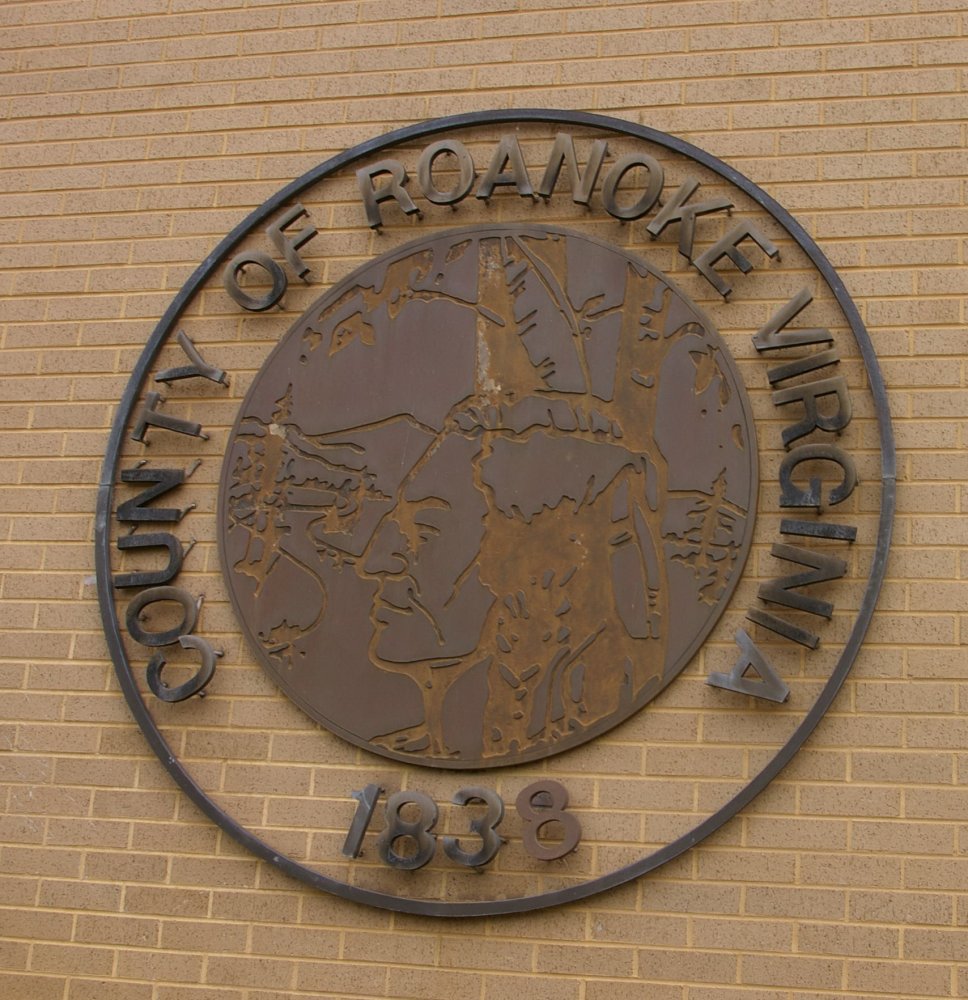 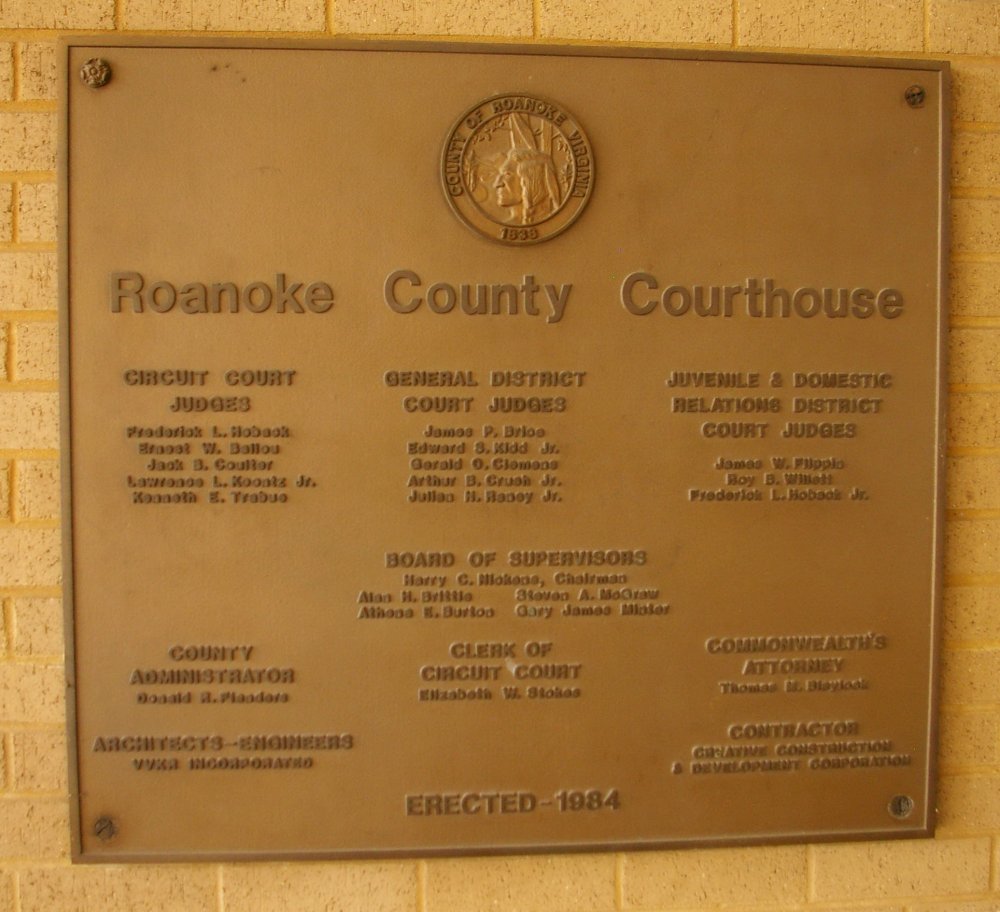 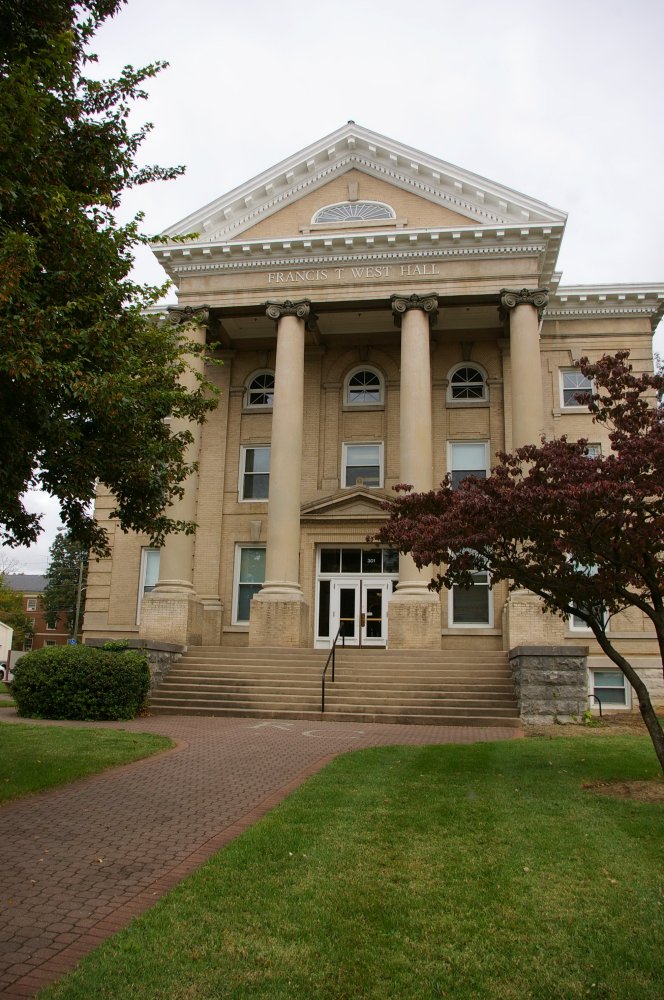 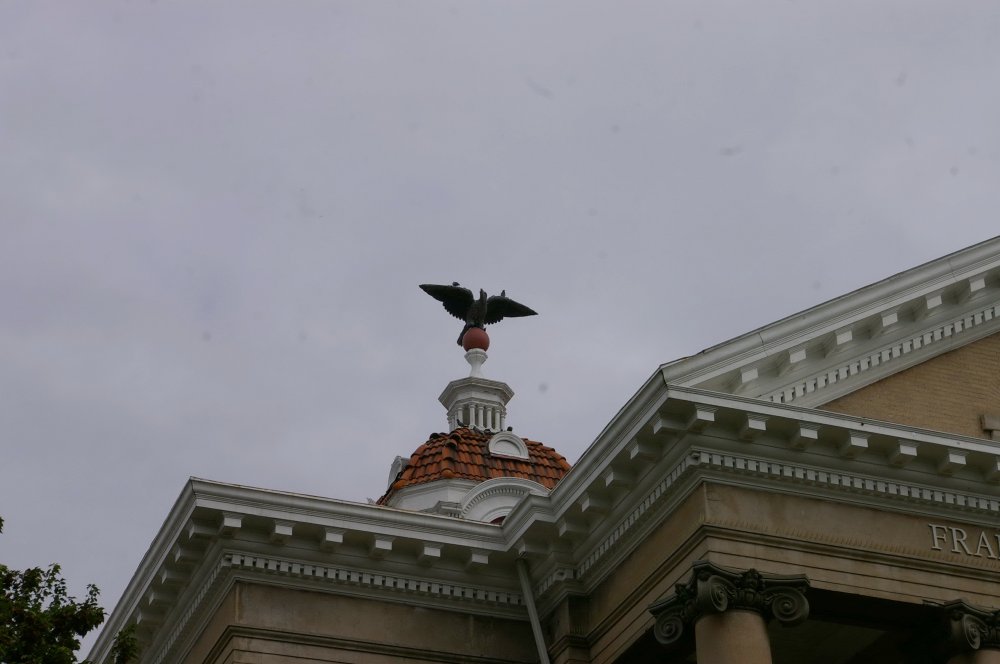 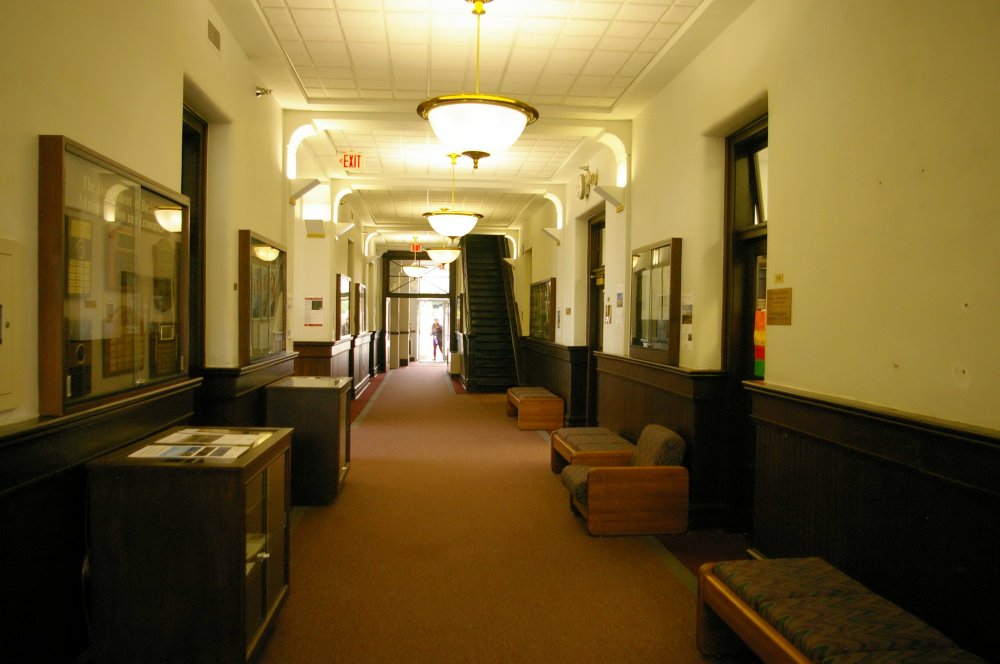