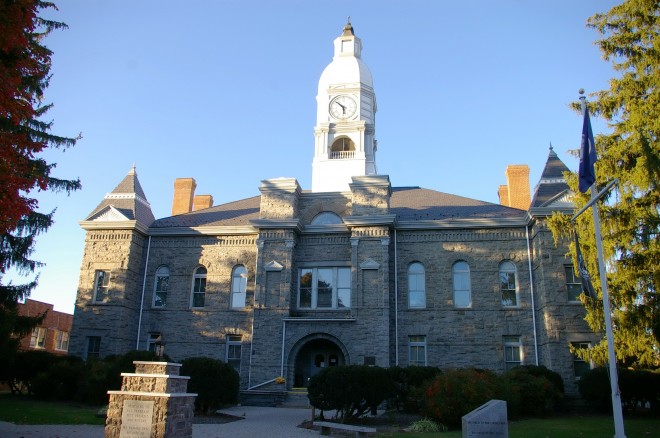 Pulaski County is named for Casimir Pulaski, who was a Polish patriot who helped train the American army during the Revolutionary War.

Description:  The building faces south and is a two story stone structure. The building is located on landscaped grounds in the center of Pulaski and is constructed of Peak Creek Sandstone and limestone. The south front has a large arched stone entrance on the first story. This was constructed to serve as the entrance to the Pulaski County exhibit at the Jamestown Exposition in 1907. There is a triple window on the second story. On either side of the arch, rise stone pillars which extend above the roof line. The corners of the building have square stone towers with steep roofs. The second story has narrow arched windows. On the center of the roof is a high white cupola with clock and white dome at the top. The clock and the belfry were added in 1911. On the north side is a modern addition constructed in 1992 to 1995.

Note:  On December 29, 1989 the Pulaski County Courthouse burned again with only the stone walls left standing. Many Pulaski County citizens were devastated by this fire. As in 1883 with the Newbern Courthouse burning, the issue of moving the county seat was again brought up. However, after much discussion and debate, the citizens voted by referendum to finance rebuilding the courthouse in the Town of Pulaski.

History:  The first courthouse was erected in Newbern after 1839. The County Jail was built in 1848 and is still standing. The courthouse burned in 1892 and the court moved into Rock House. The county seat was moved to Pulaski in 1893. The second and present courthouse was constructed in 1895 to 1896. 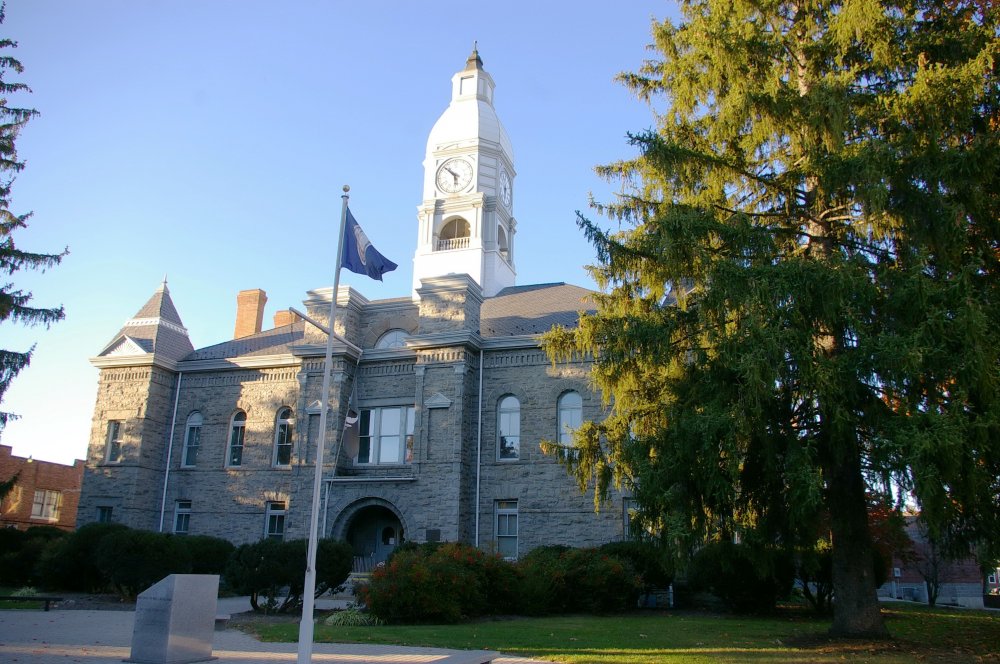 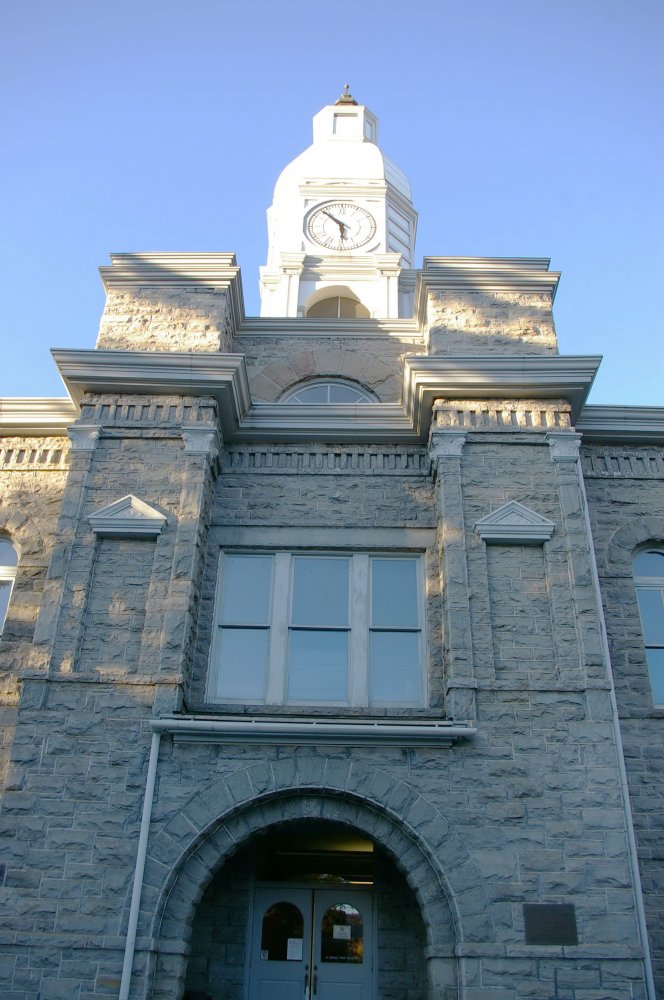 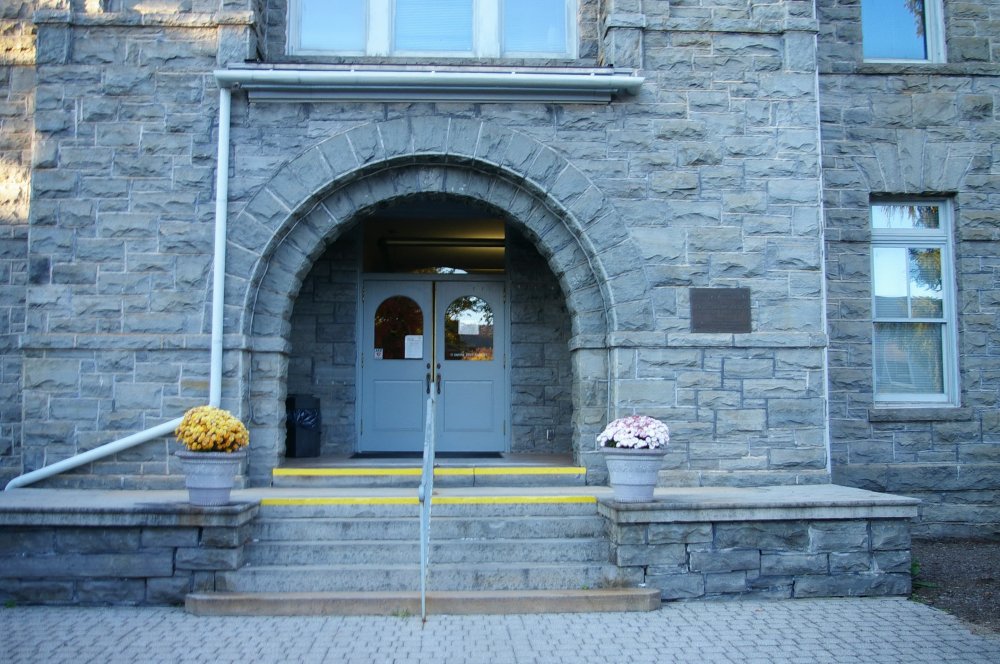 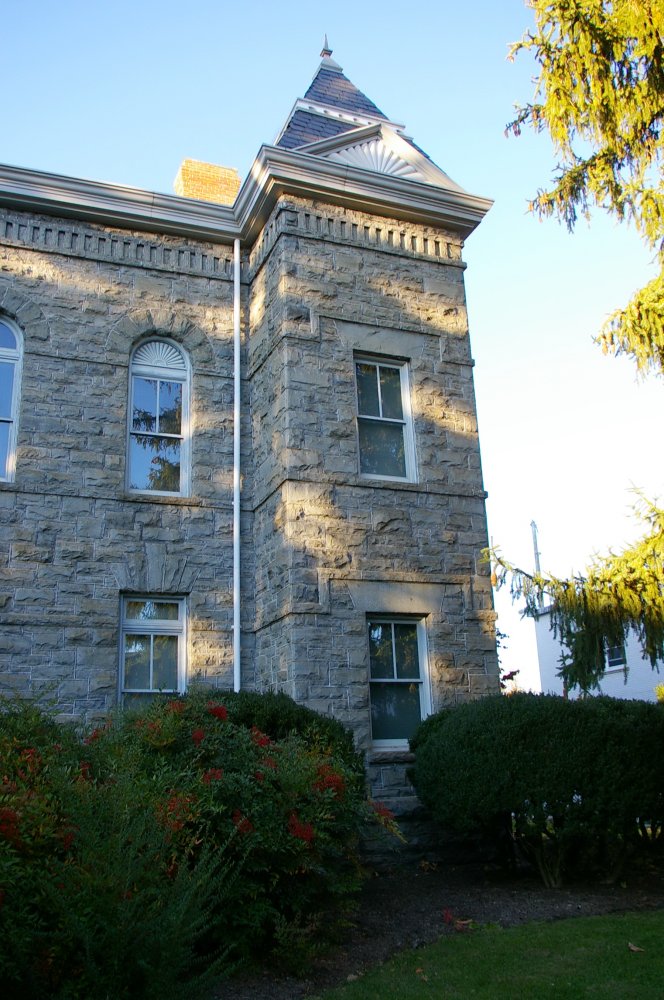 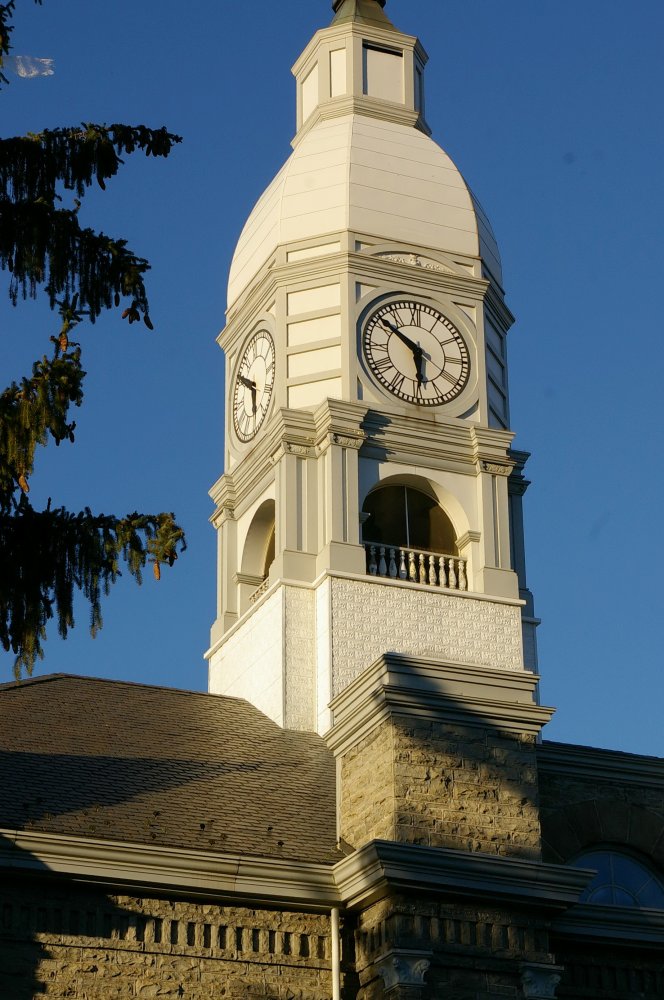 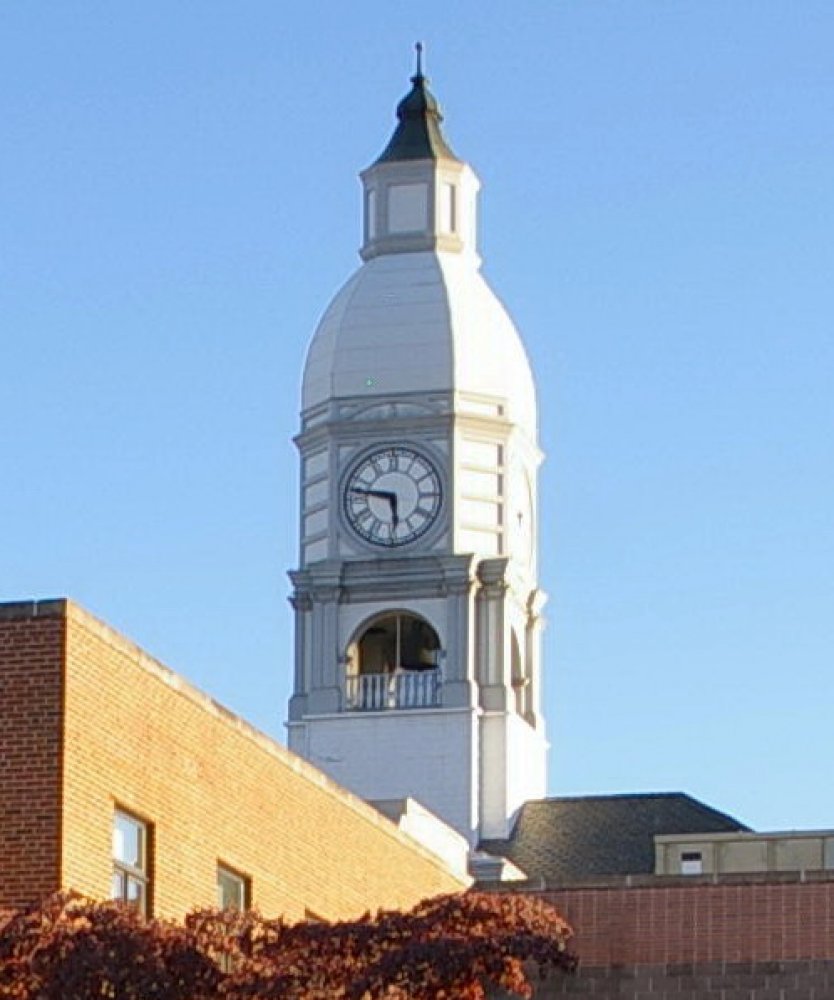 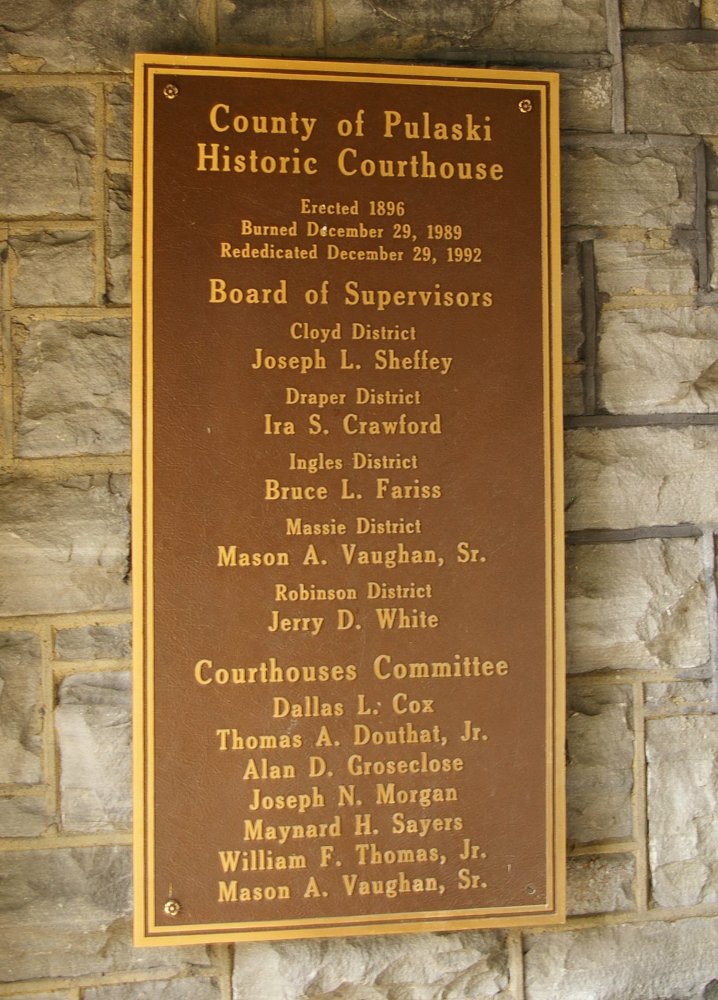 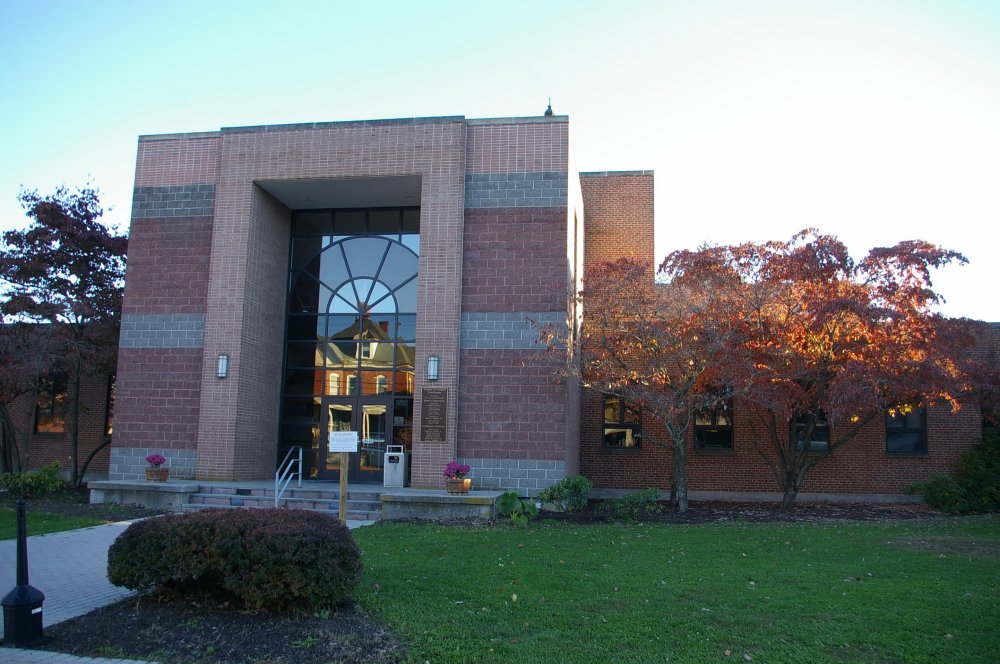 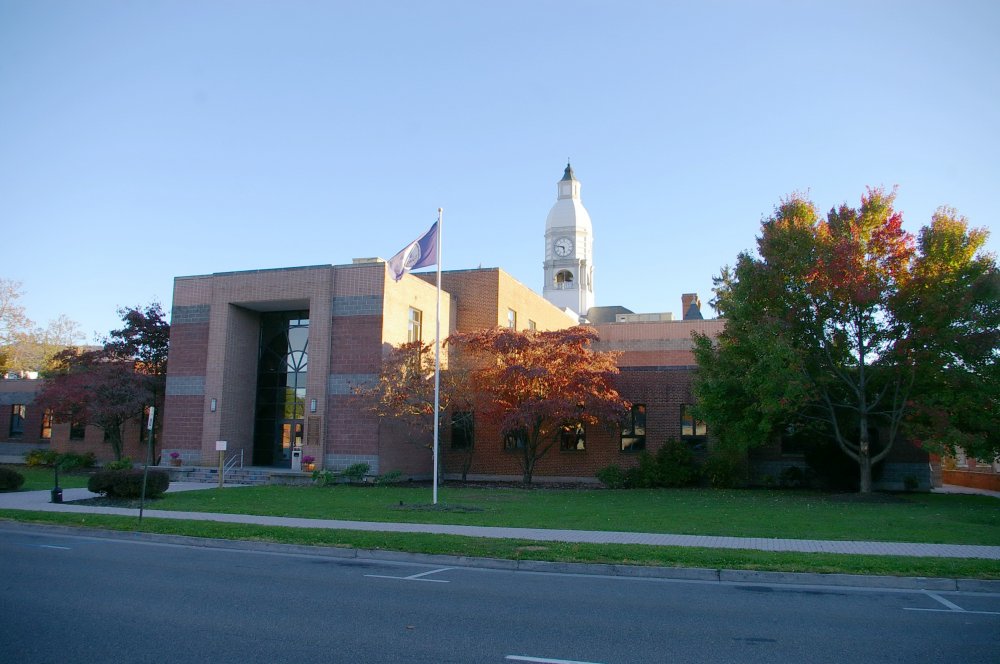 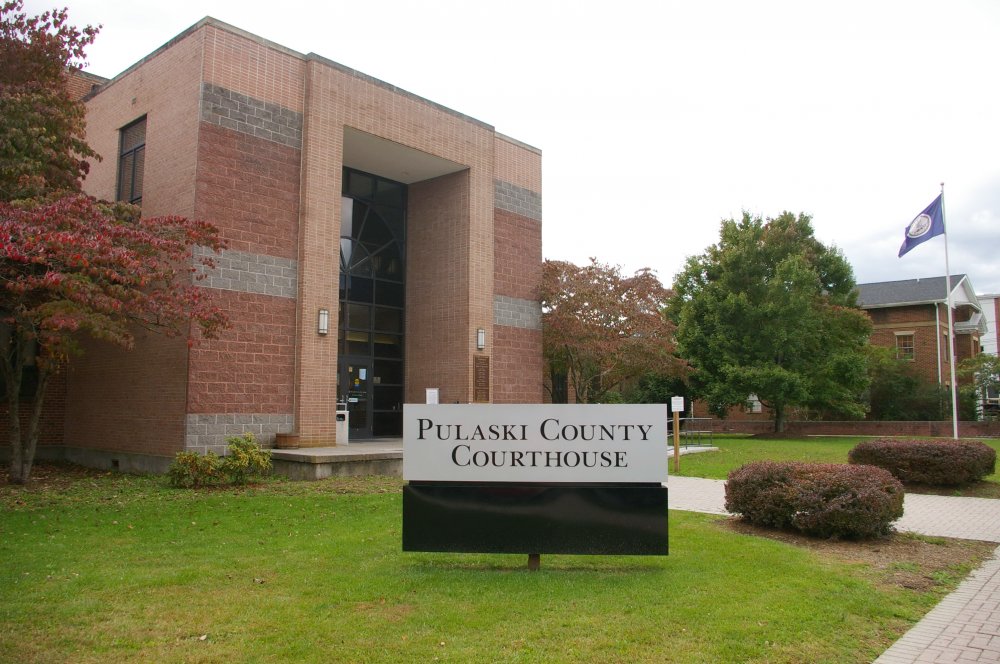 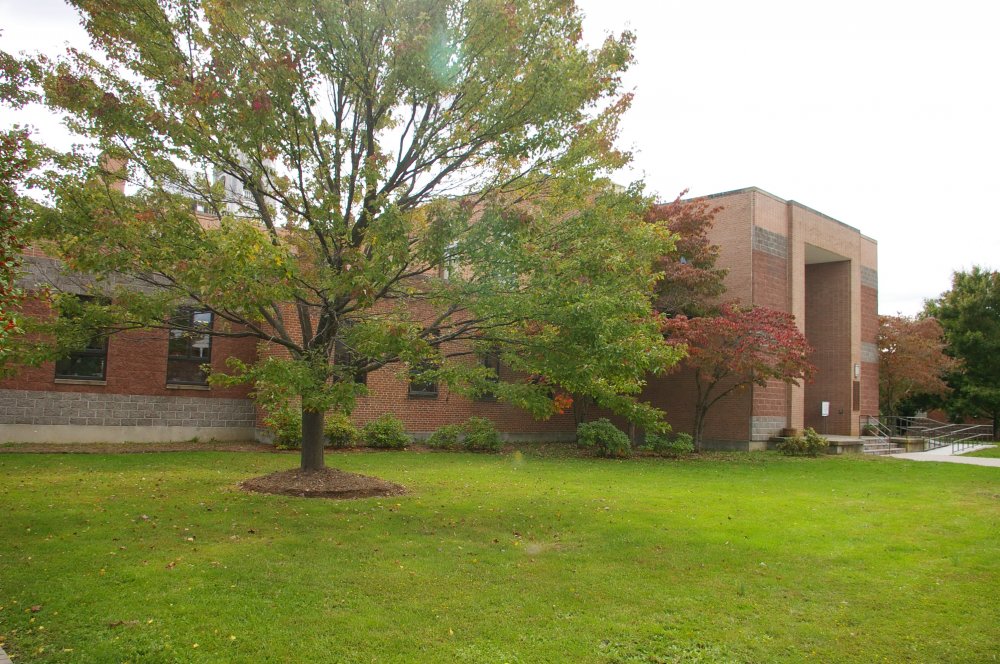 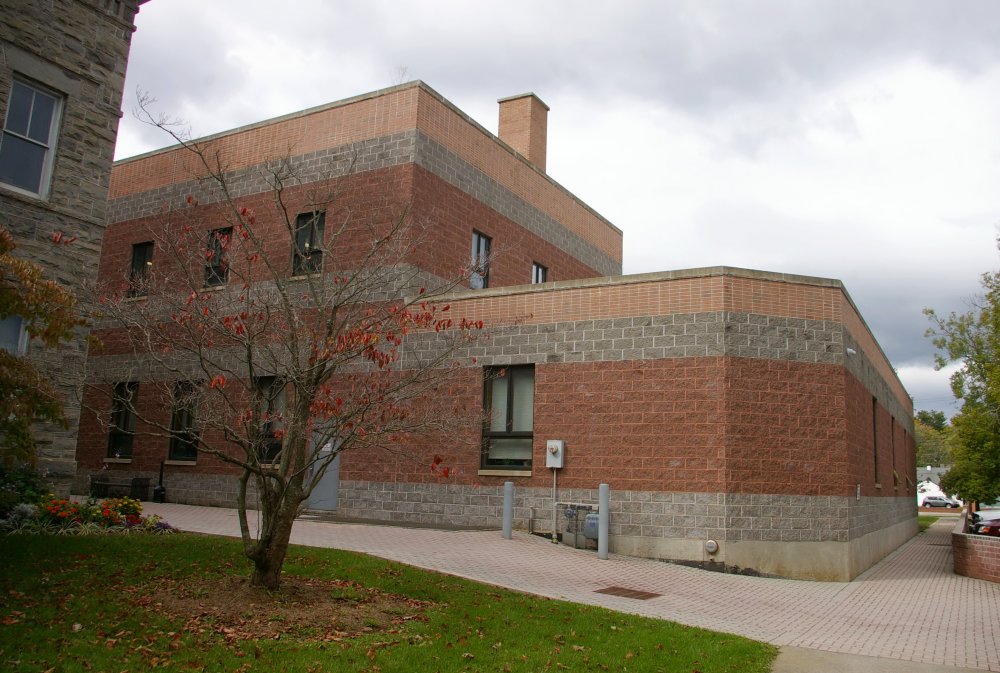 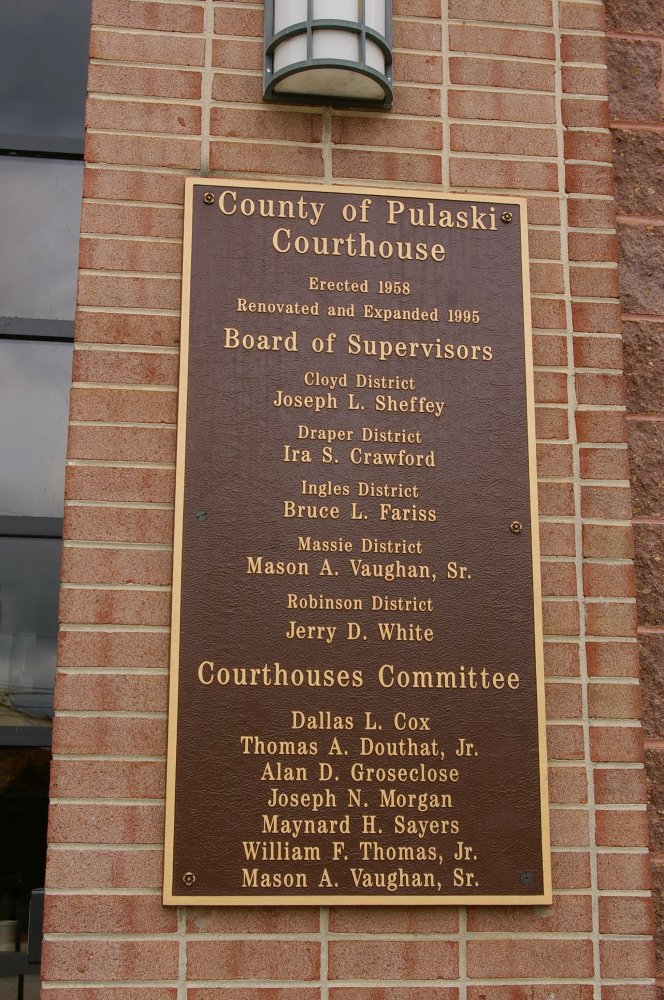