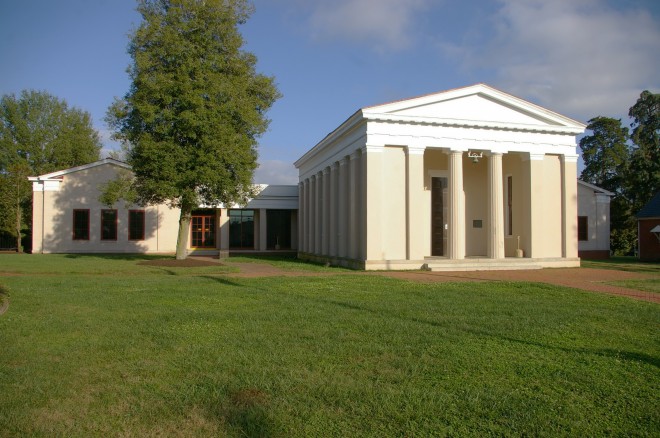 Powhatan is named for the Powhatan Native American tribe.

Description:  The building faces west and is a two story cream colored stucco structure. The building is located on spacious landscaped grounds in the center of Powhatan. The original building is rectangular with the west front having a recessed porch with two columns and pediment at the roof line. On the east side is the new one story addition. With large glass windows. The building was remodeled in 1992. The architect was Browne, Eickman, Dalgleish, Gilpin & Paxton

History:  The first courthouse in 1777 was the Mosby Tavern built in 1740. The tavern served as the courthouse until the second courthouse was built by John Cox in Scottsville ( Powhatan ) in 1783 to 1786. The third and present courthouse was constructed in 1848 to 1849. 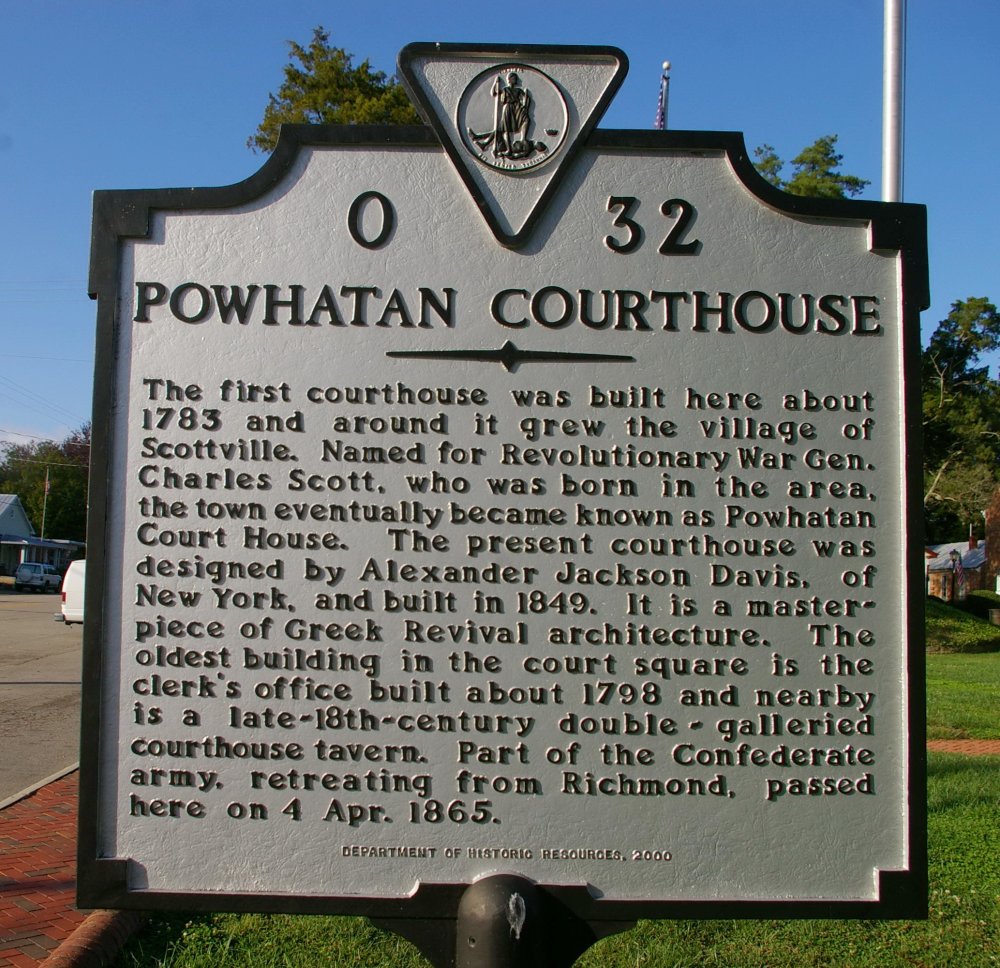 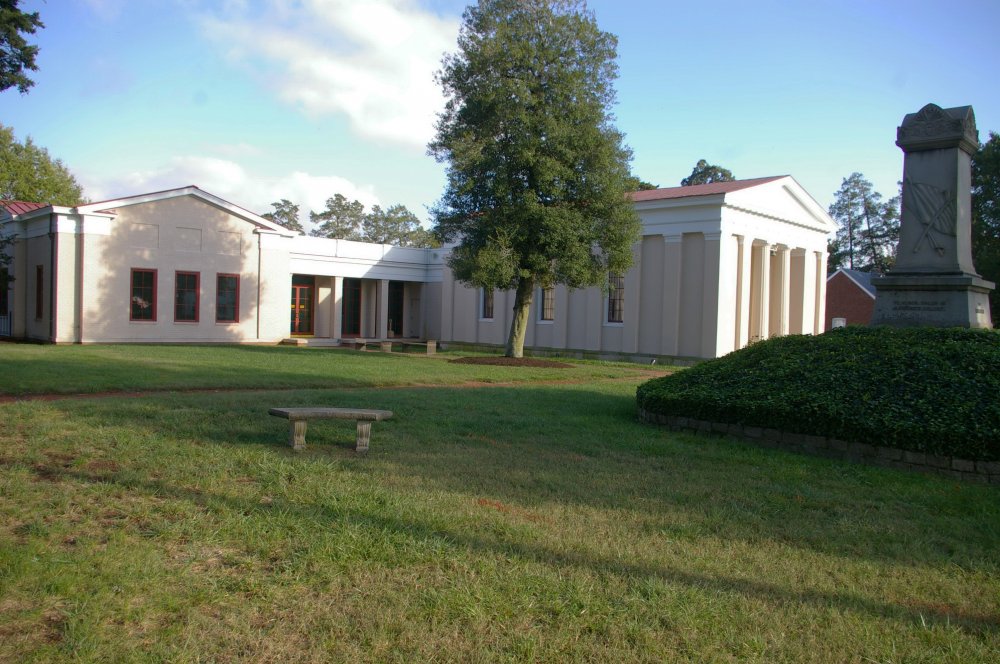 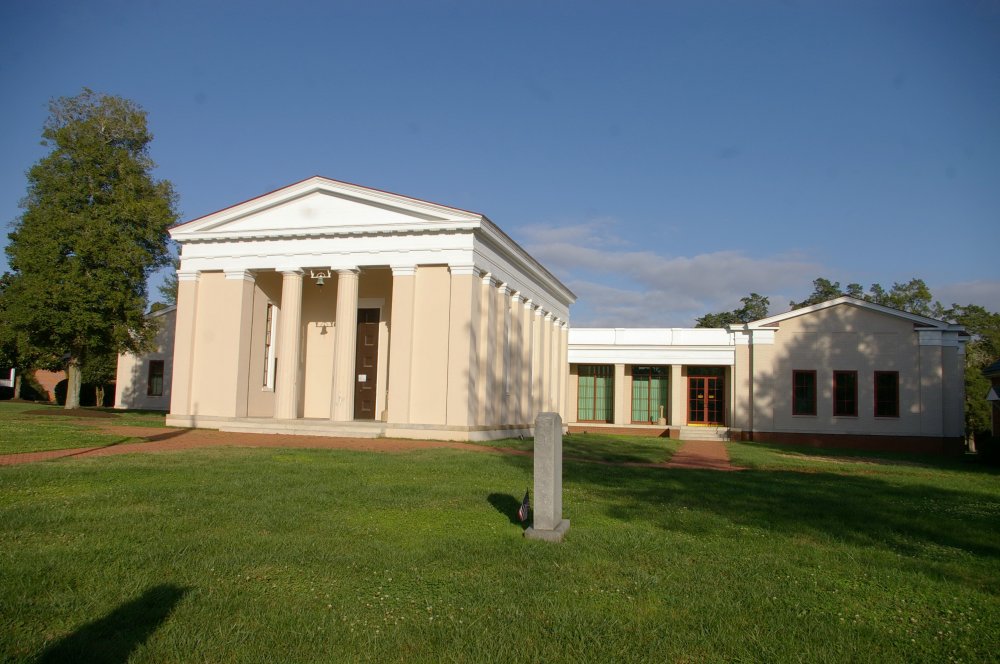 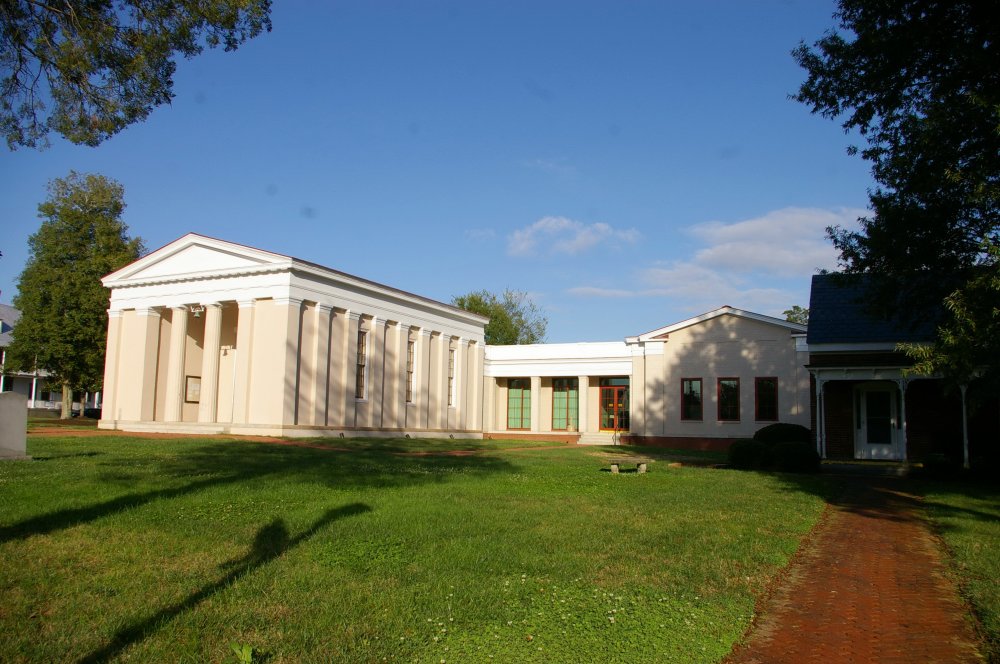 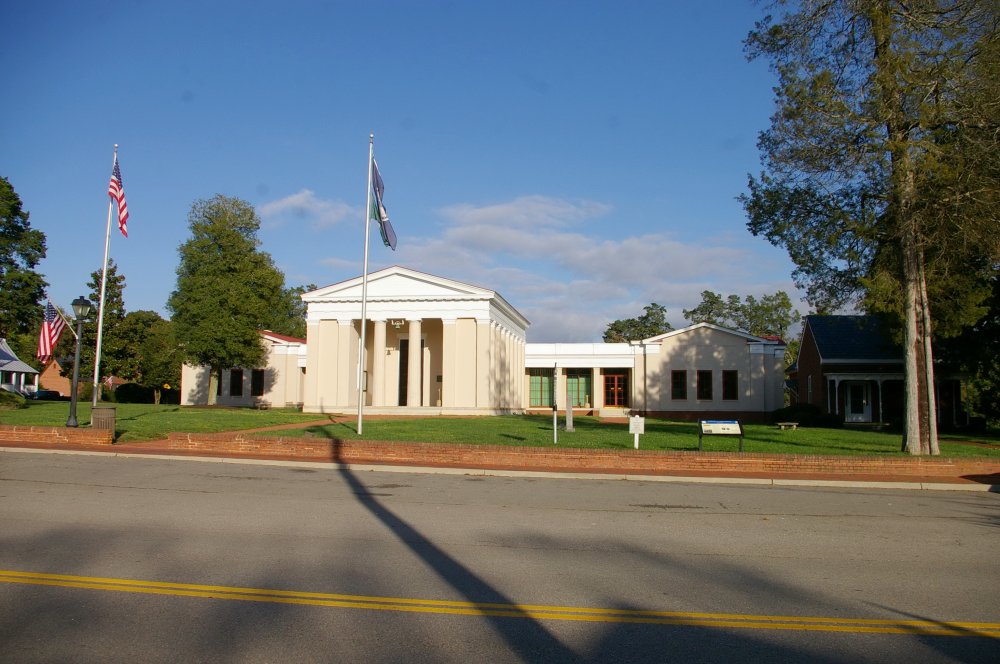 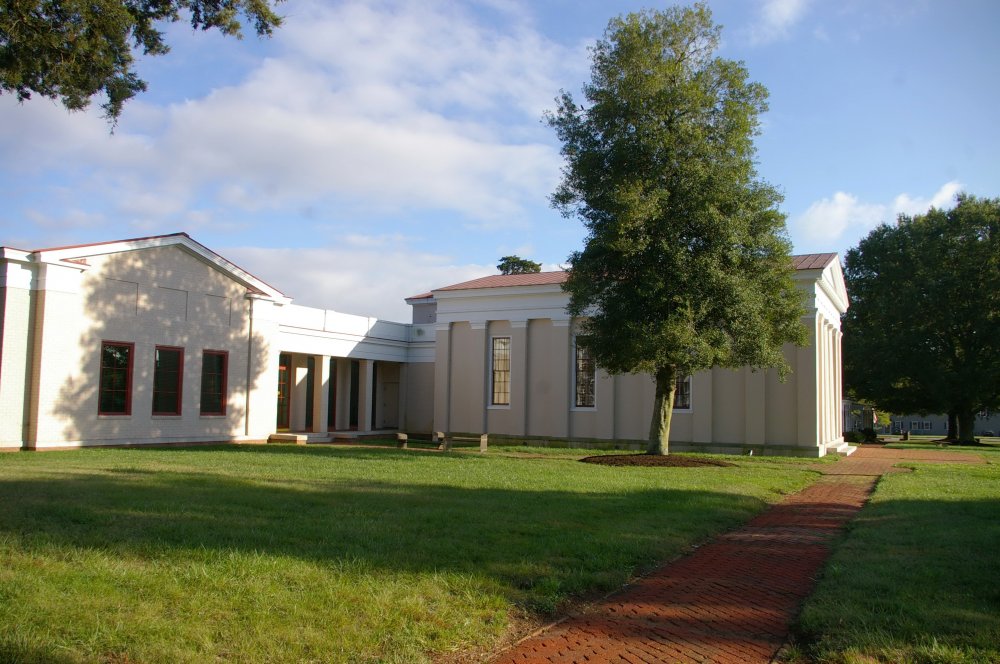 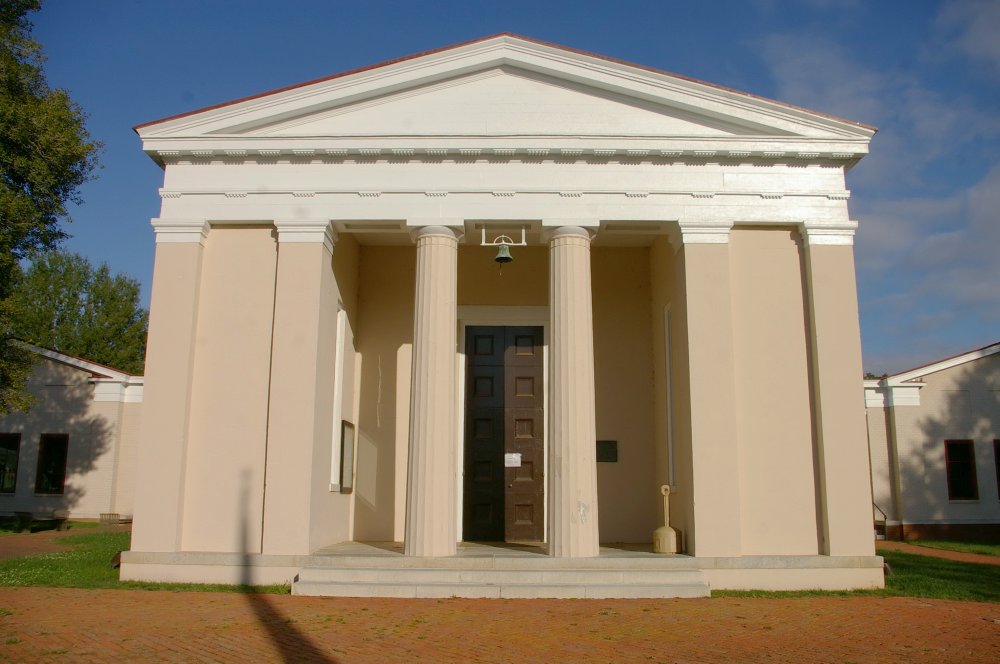 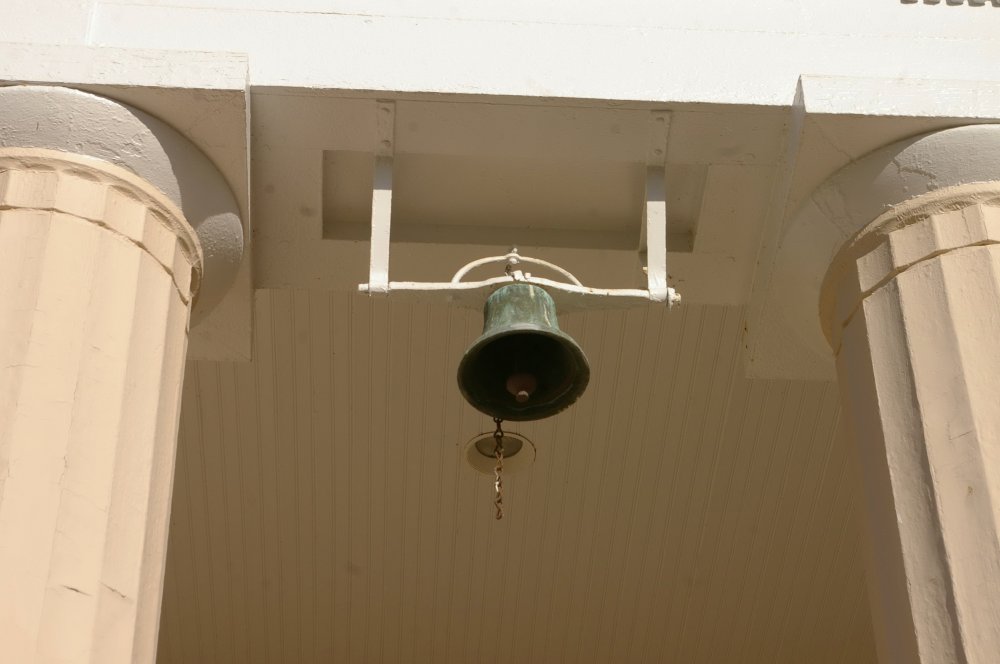 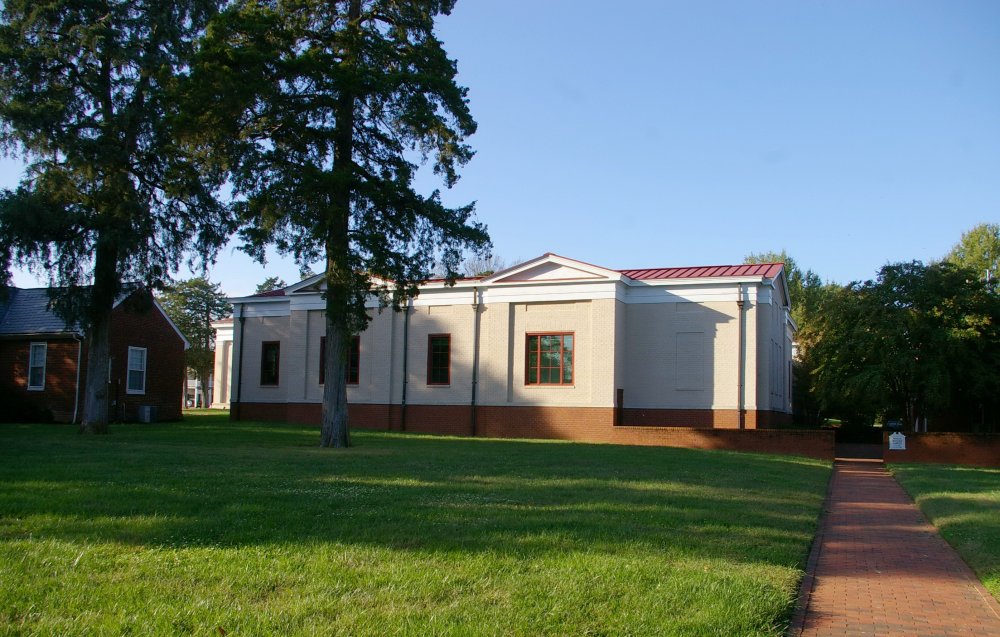 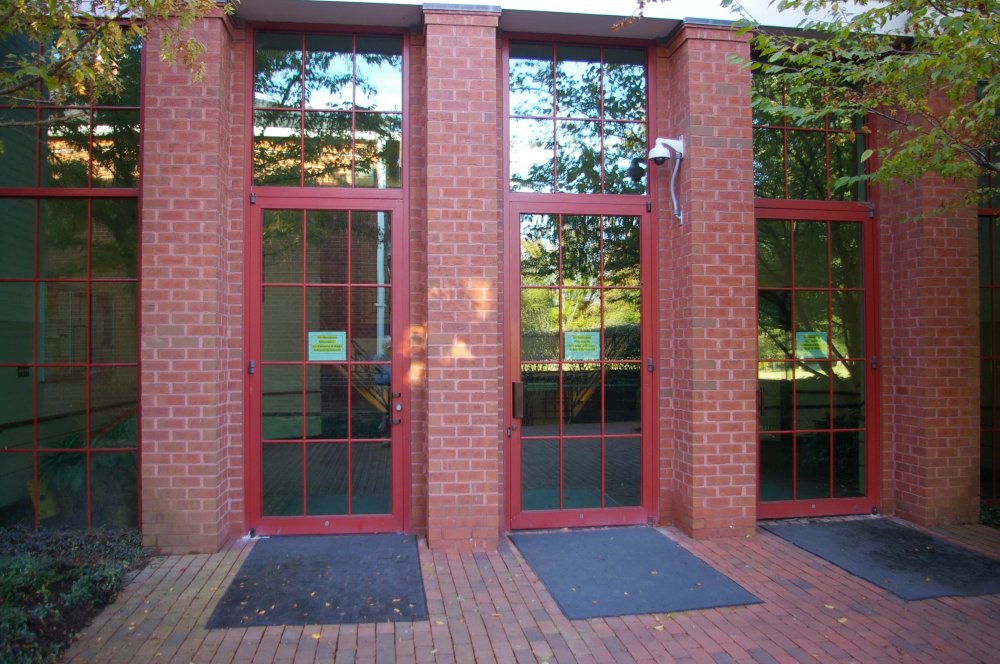 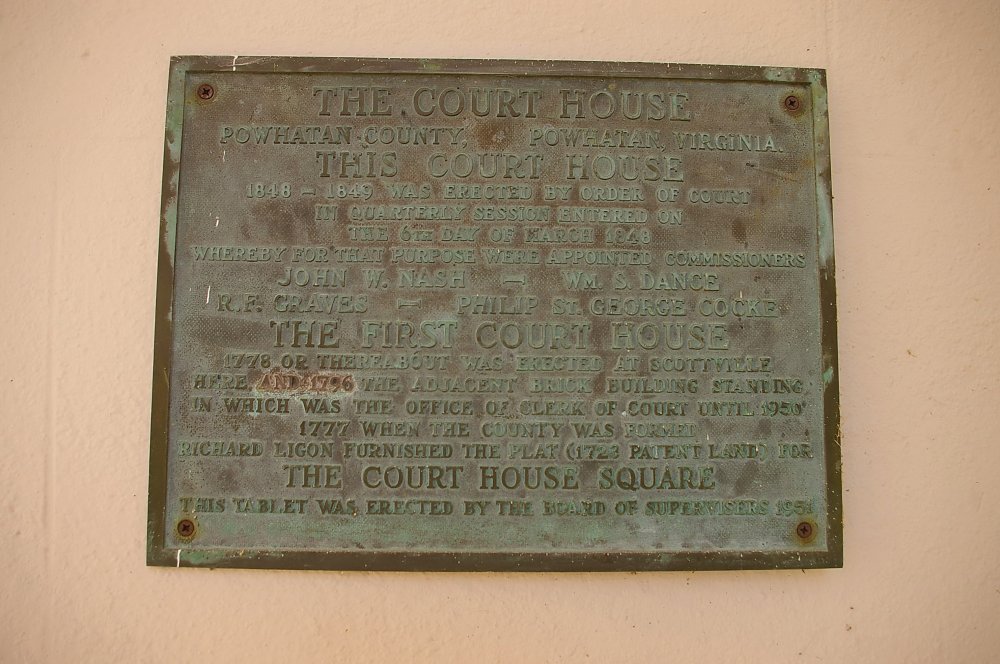