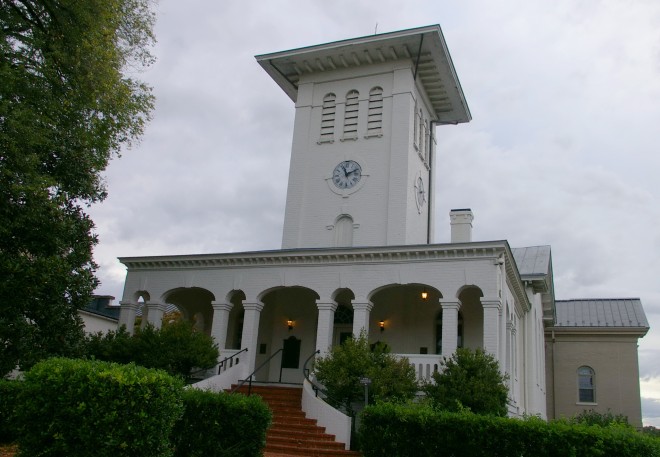 Orange County is named for William III of England, who was from the House of Orange.

Description:  The building faces south and is a one and a half story white colored brick and wood structure. The south front facade features a three-part arcade consisting of a semi-elliptical arch flanked by small semicircular arches. Above the arcade is a three stage tower consisting of the main entrance as the first stage; a clock, installed within existing round windows in 1949, as the second stage; and arched openings with louvres covered by a shallow hip roof and topped by a finial complete the tower. The building was remodeled in 1949. Next to the building are the Clerk’s Office ( 1894 ) and the old Jail ( 1891 ). On the north side is the new courthouse. 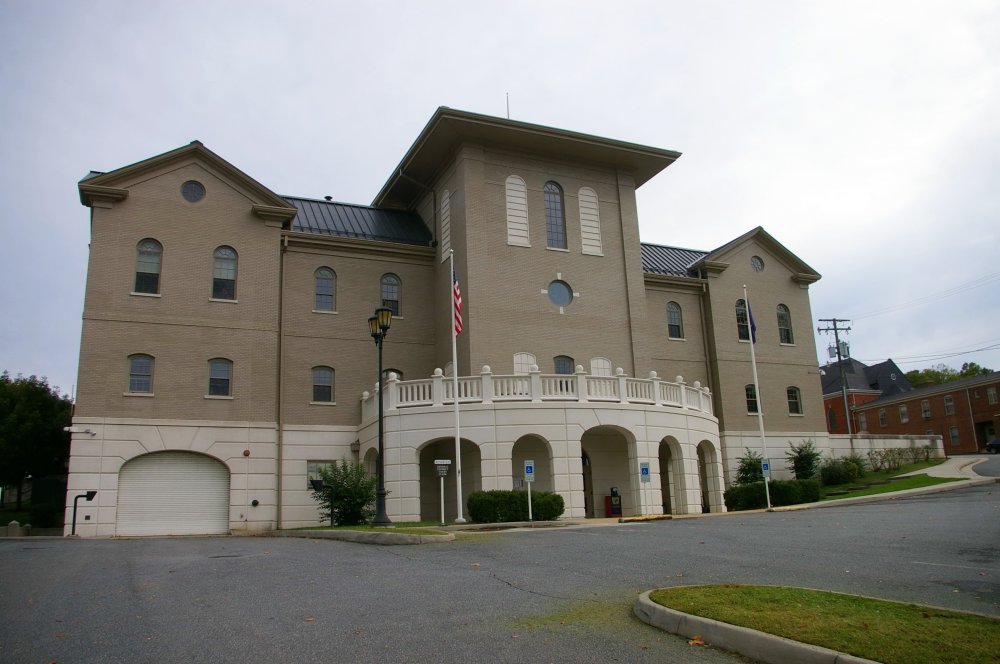 Description:  The building faces north and is a three story concrete structure. The north front has a semi circular arcade on the first story with recessed entrance. A projecting central tower rises to the roof line. The east and west wing project slightly from the main building and rise to peaks. The roof is hipped.. 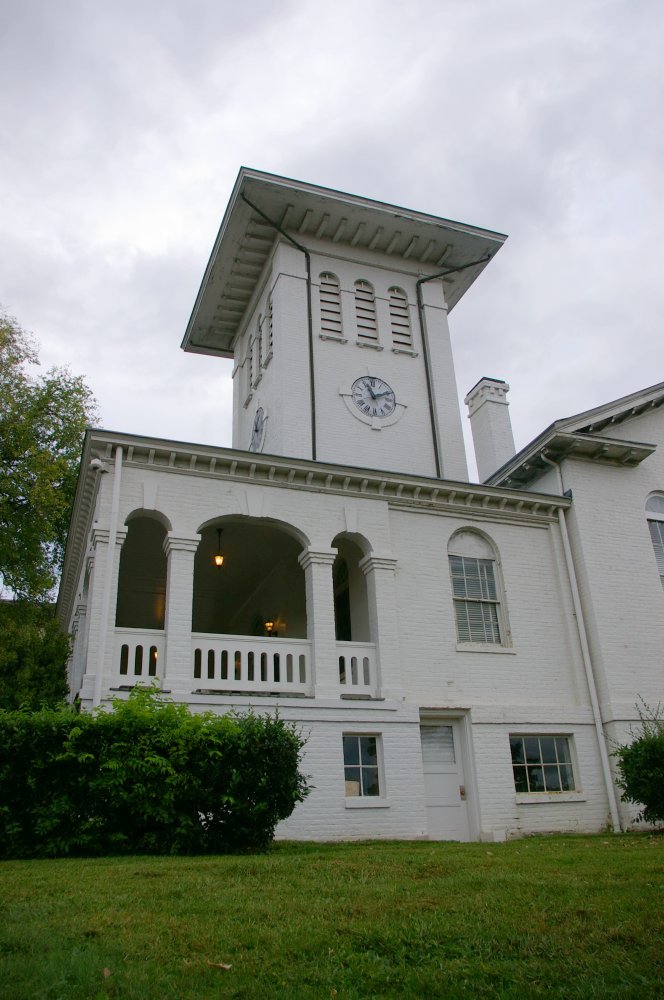 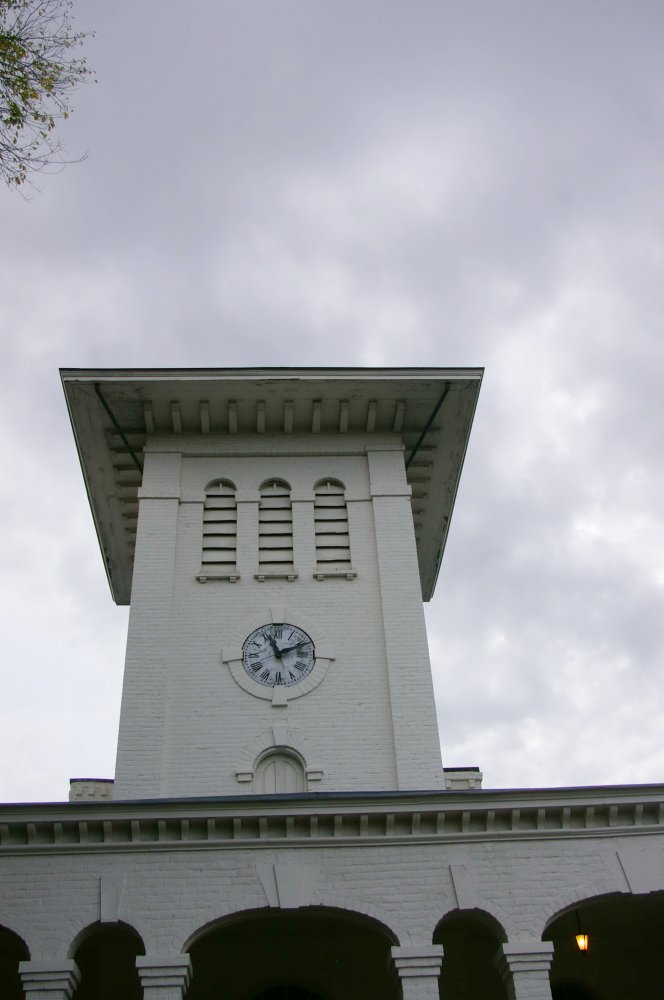 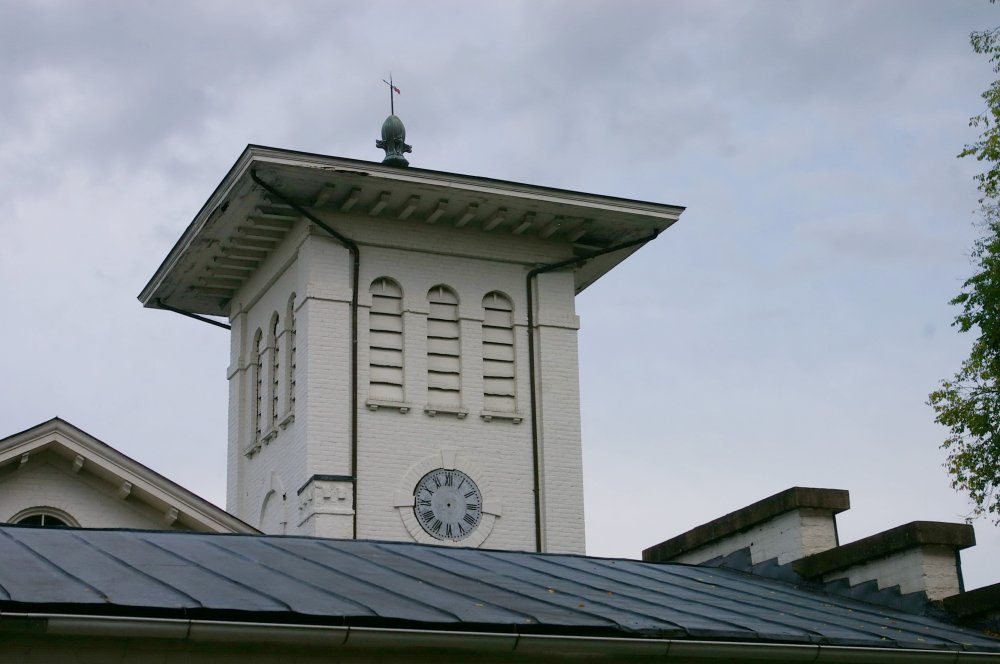 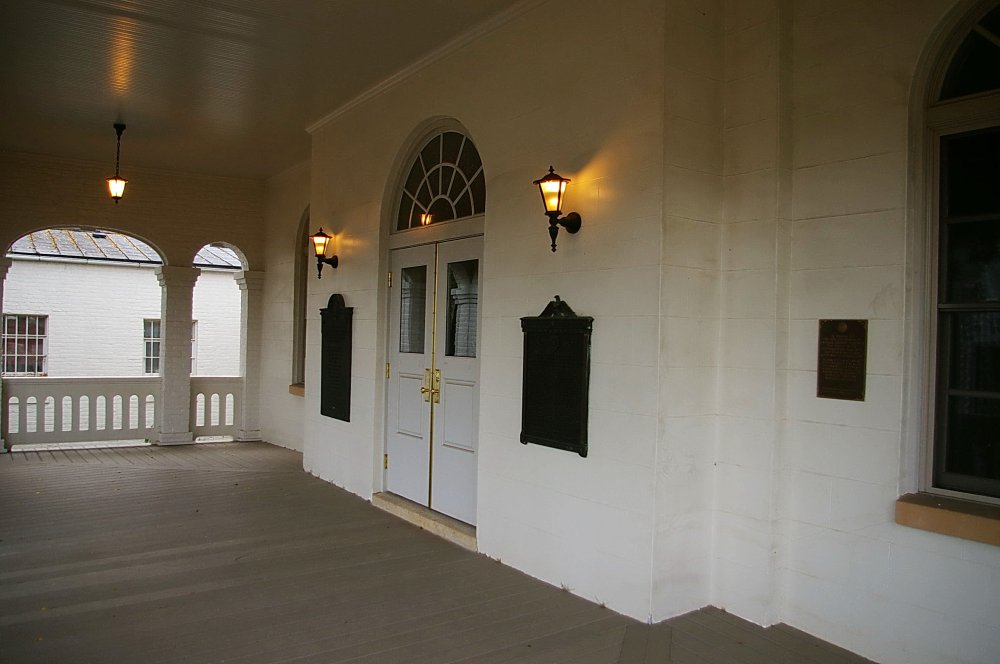 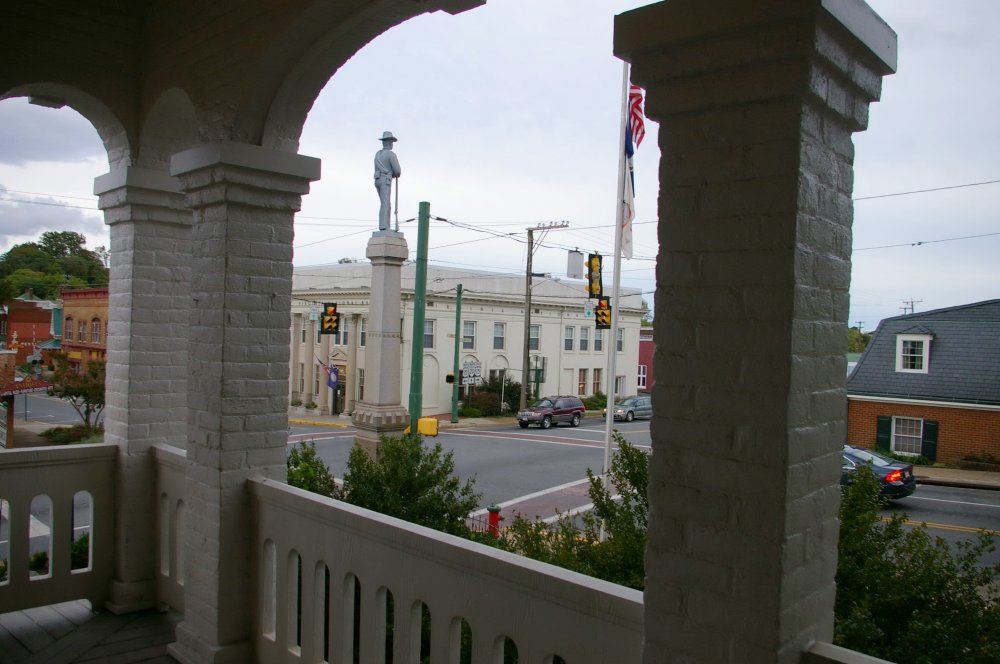 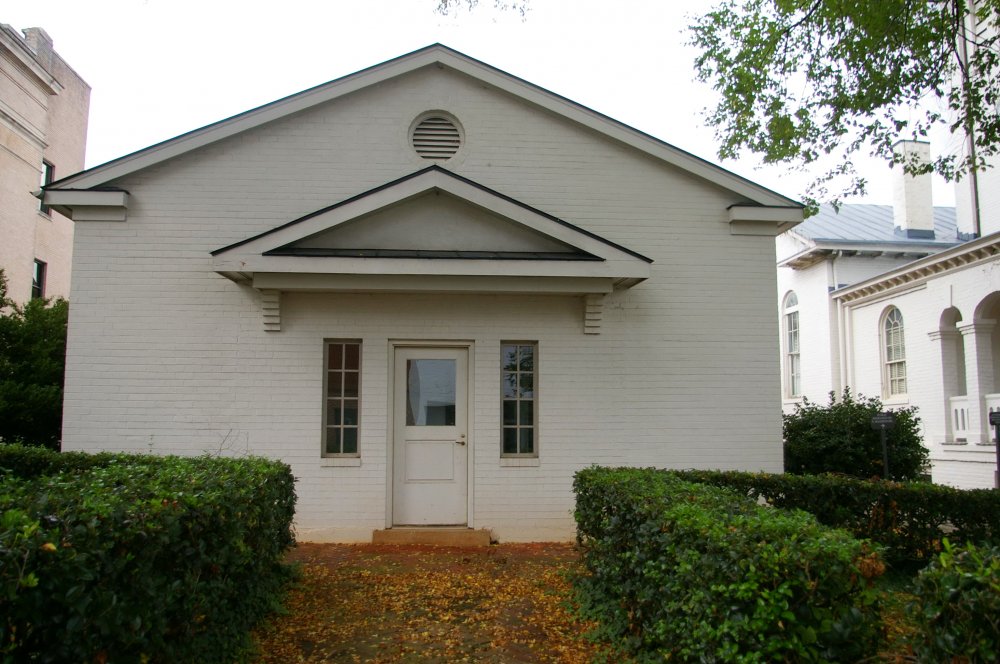 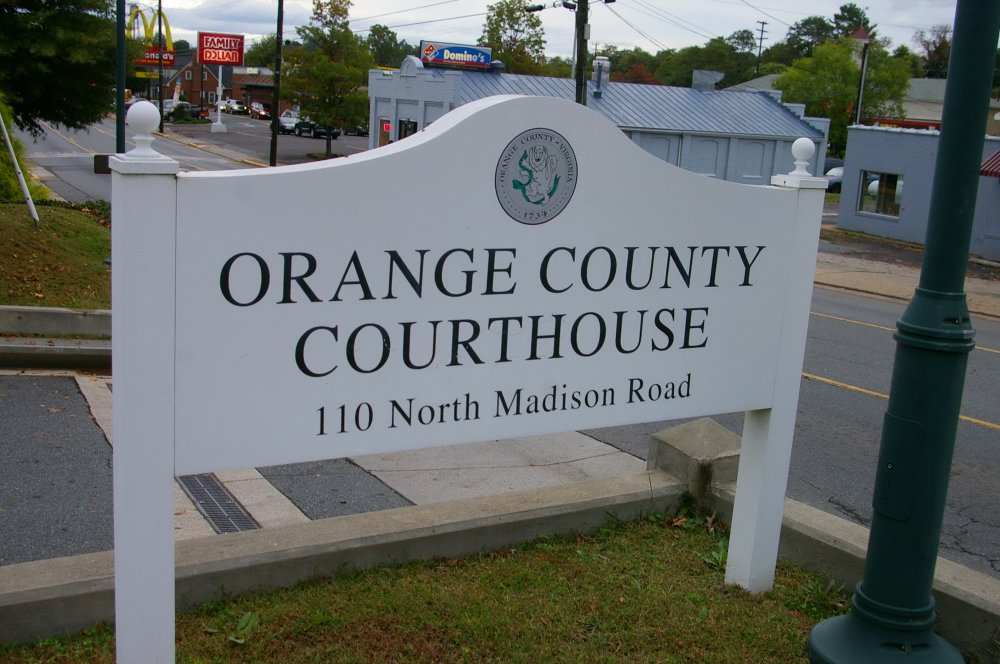 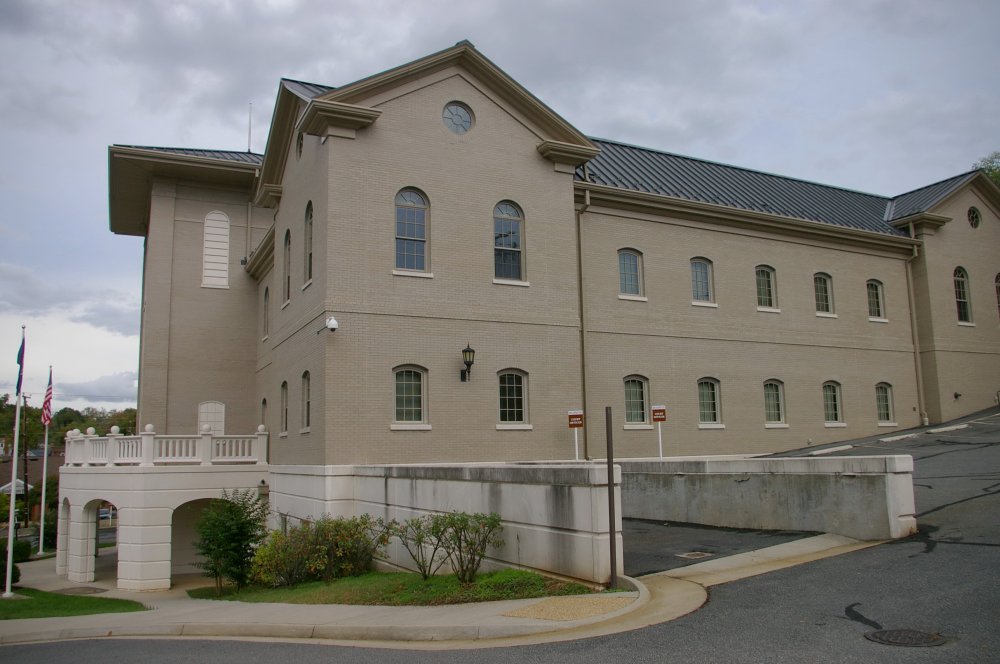 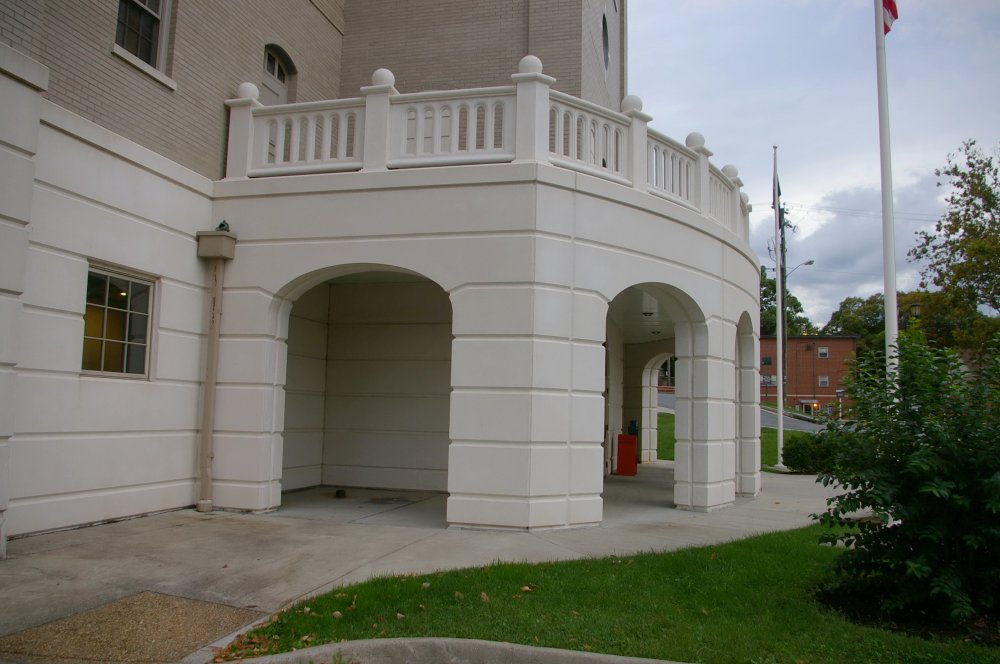 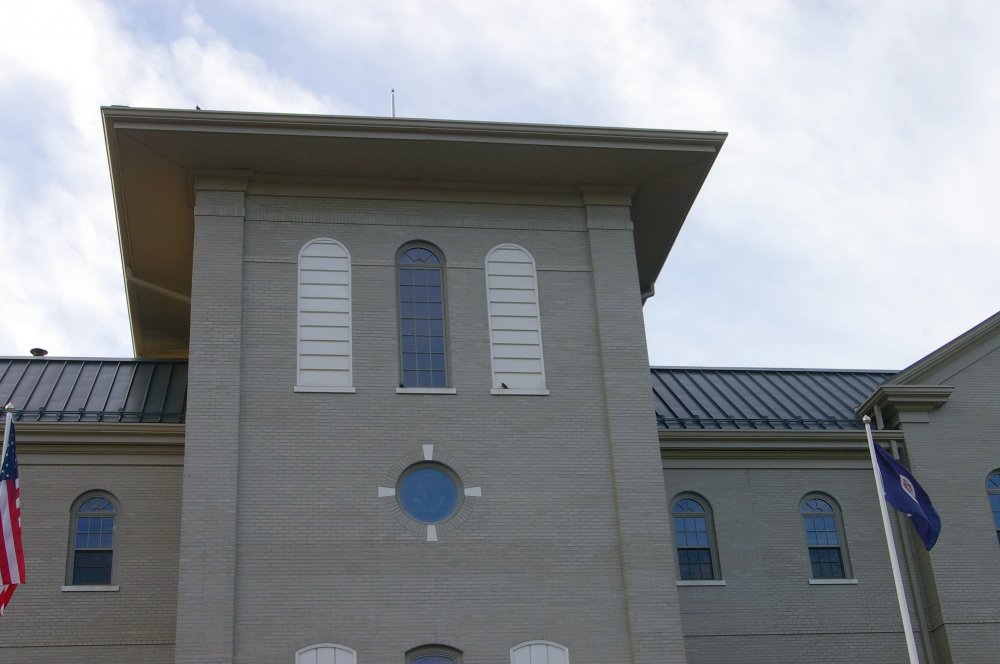