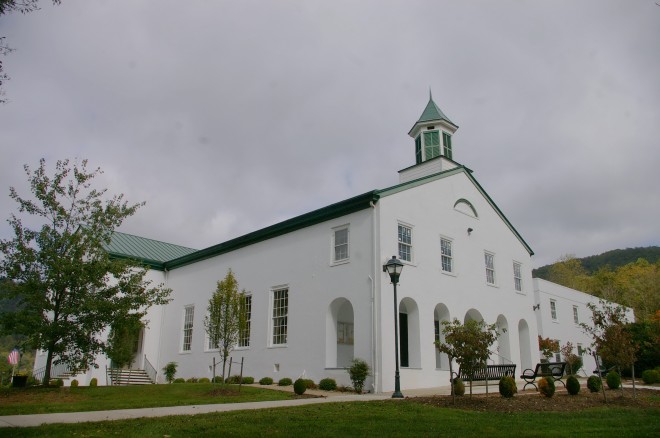 Nelson County is named for Thomas Nelson, who was a governor of Virginia and a signer of the Declaration of Independence.

Description:  The building faces south and is a two story white colored stuccoed brick structure. The rectangular shaped building is located on landscaped grounds in the center of Lovington with the new courthouse on the north side. The south front has five arches on the first story with a recessed entrance. On the north side are east and west wings with arches. On the hipped roof is an octagonal wood cupola with steep green colored roof. In the interior is a large courtroom with a spectator gallery at the rear with two small stairs against the exterior walls. The gallery is supported by four elongated Tuscan columns and is fronted by a balustrade with molded handrail and turned balusters.  Four similar but larger columns support the ceiling. There are two additions: one of ten feet attached to the rear of the original structure and the other is a large lateral wing across the rear of the first addition. Both of these additions were constructed in 1940. The building was remodeled in 1968. In 2015 to 2016, the building was renovated. The architect was Jim Vernon of Architectural Partners and the contractor was Jamerson-Lewis Construction. 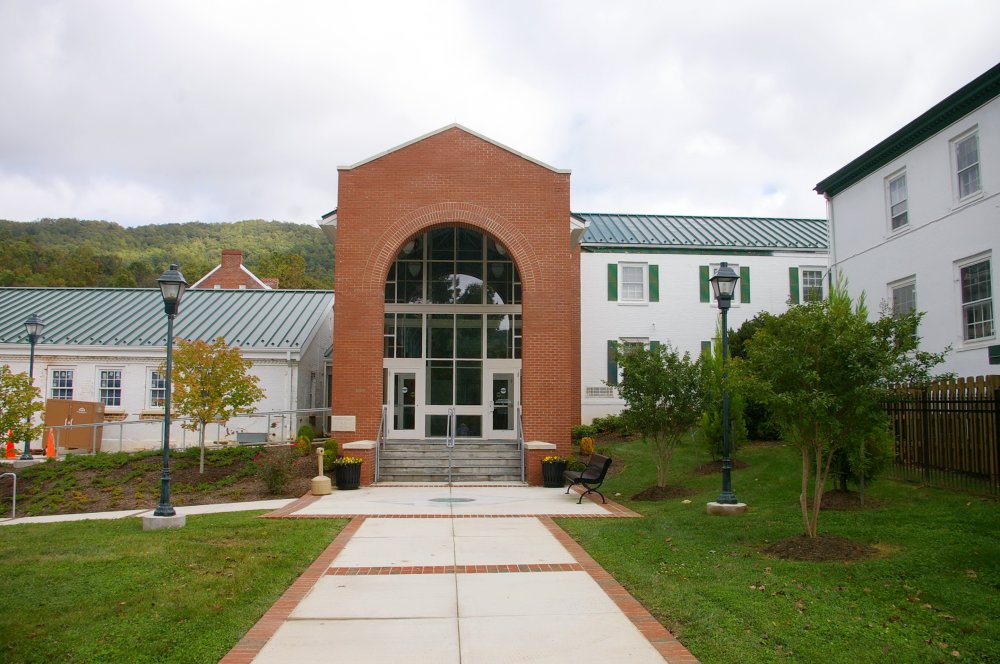 Description:  The building faces west and is a two story red and white colored brick, glass and concrete structure. The building is located on the north side of the old courthouse in the center of Lovington. The west front has a large brick arch with recessed glass entrance. The building extends east and south with hipped green colored roof. The building houses the County Circuit Court, County General District Court and County Juvenile and Domestic Relations Court of the 24th Judicial Circuit. 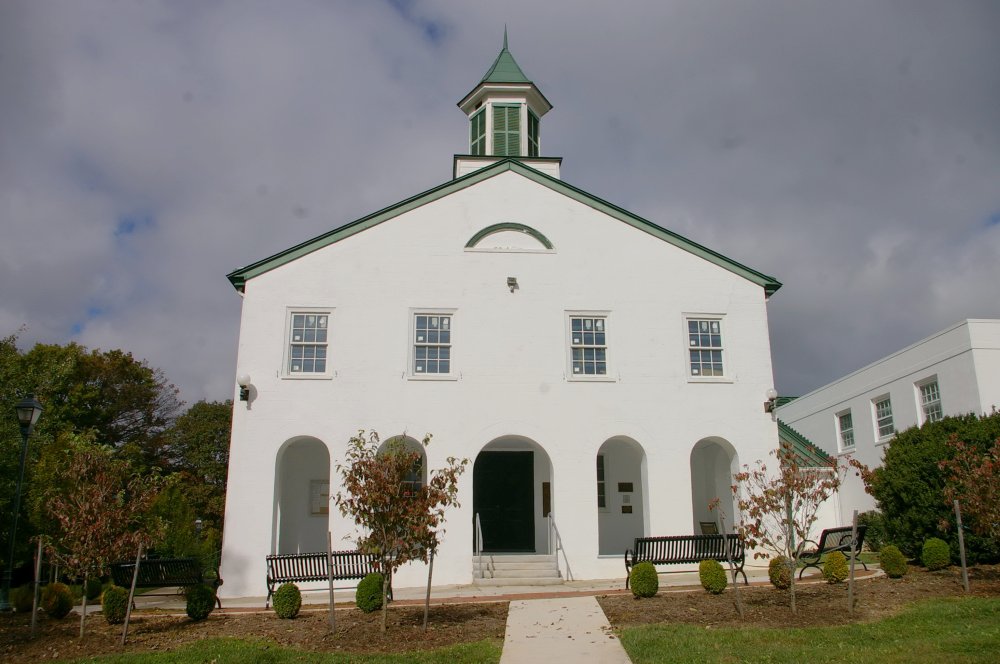 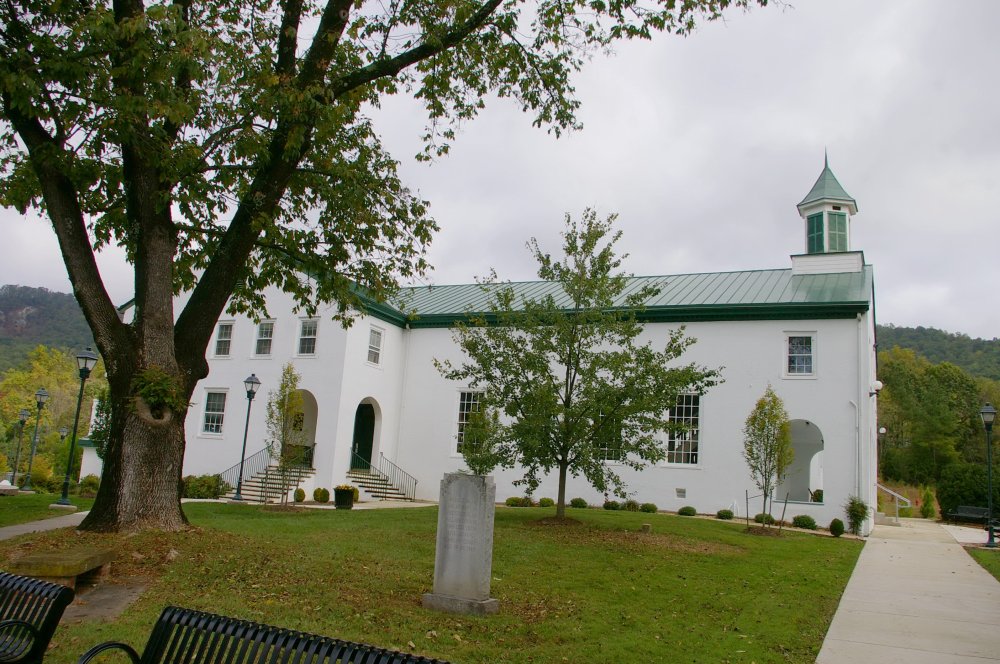 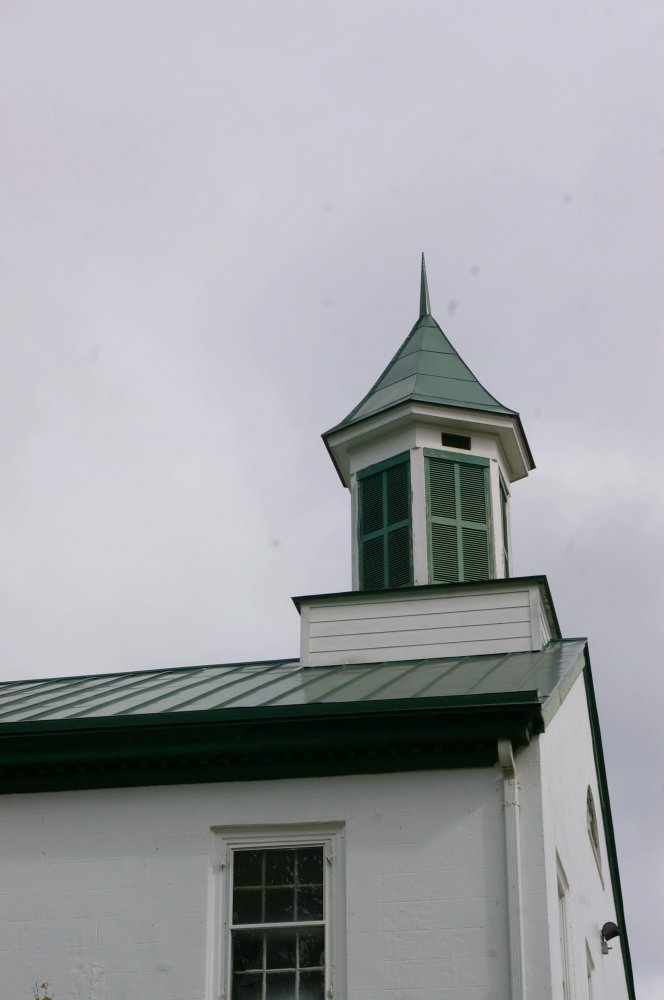 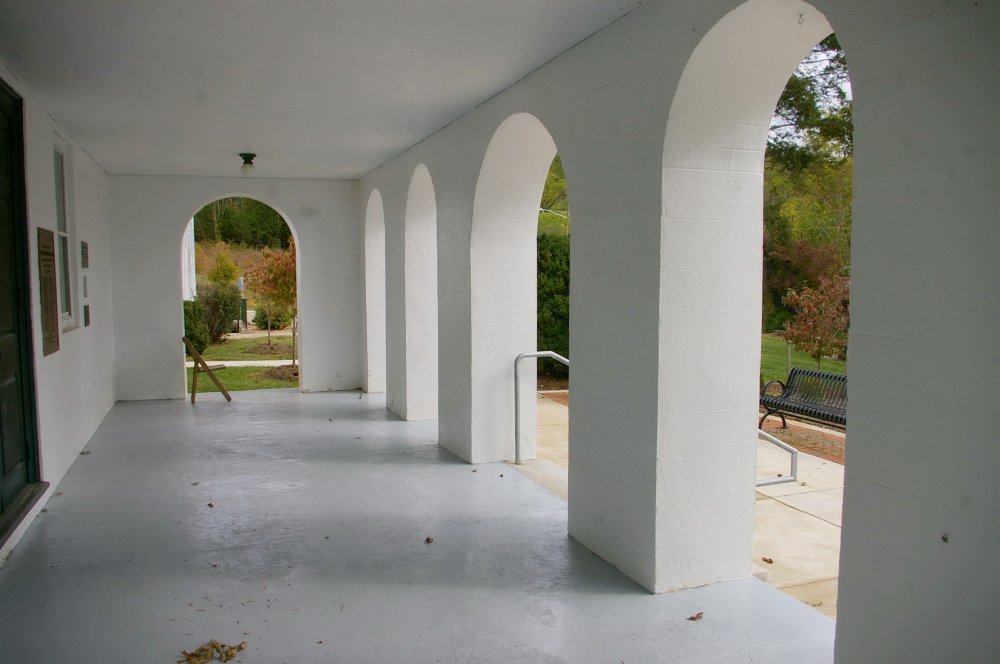 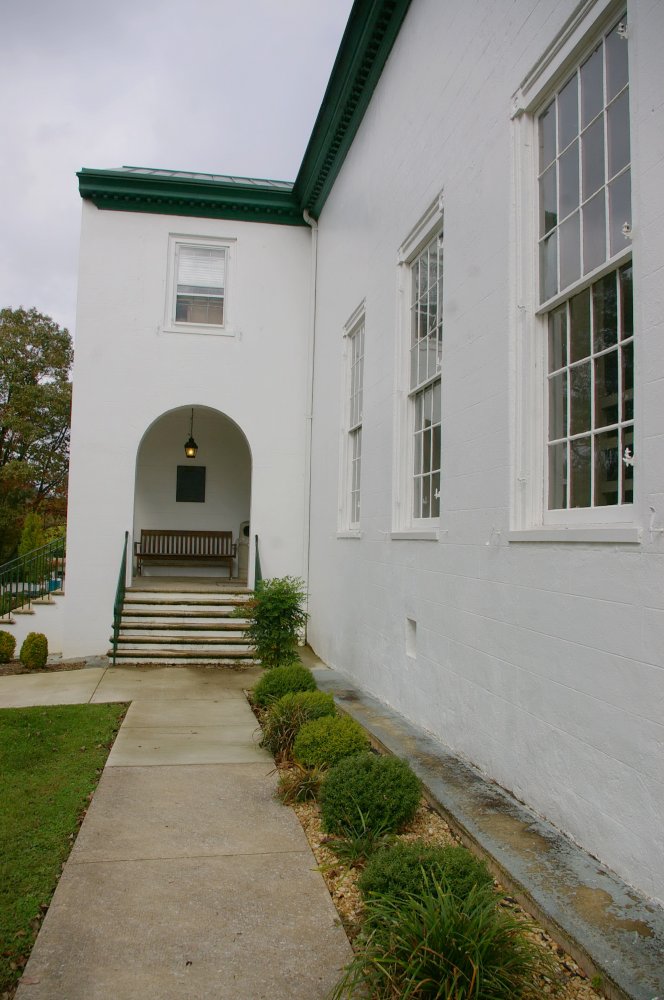 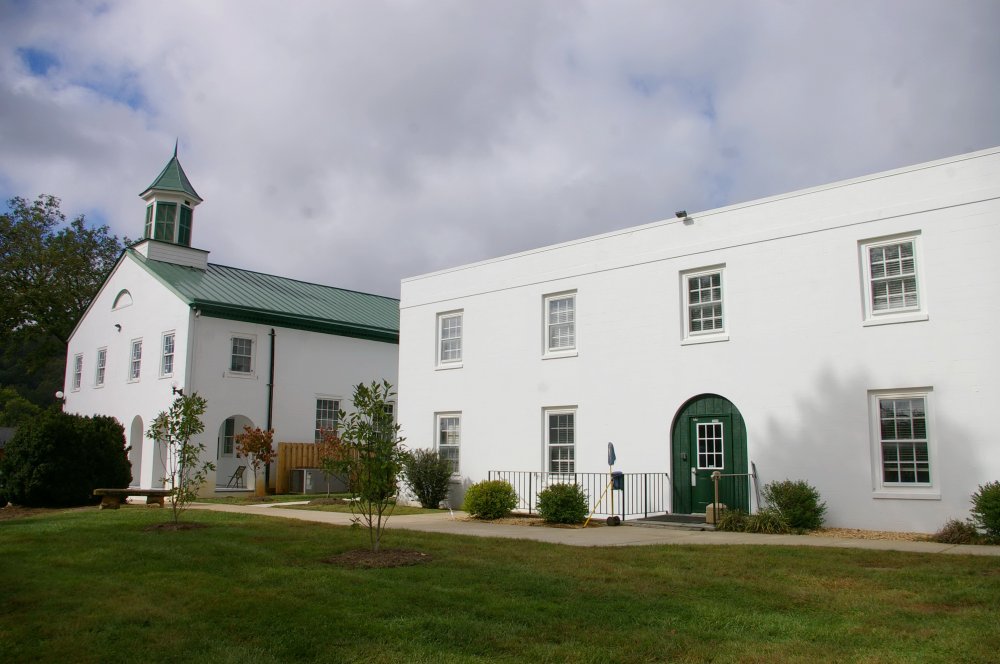 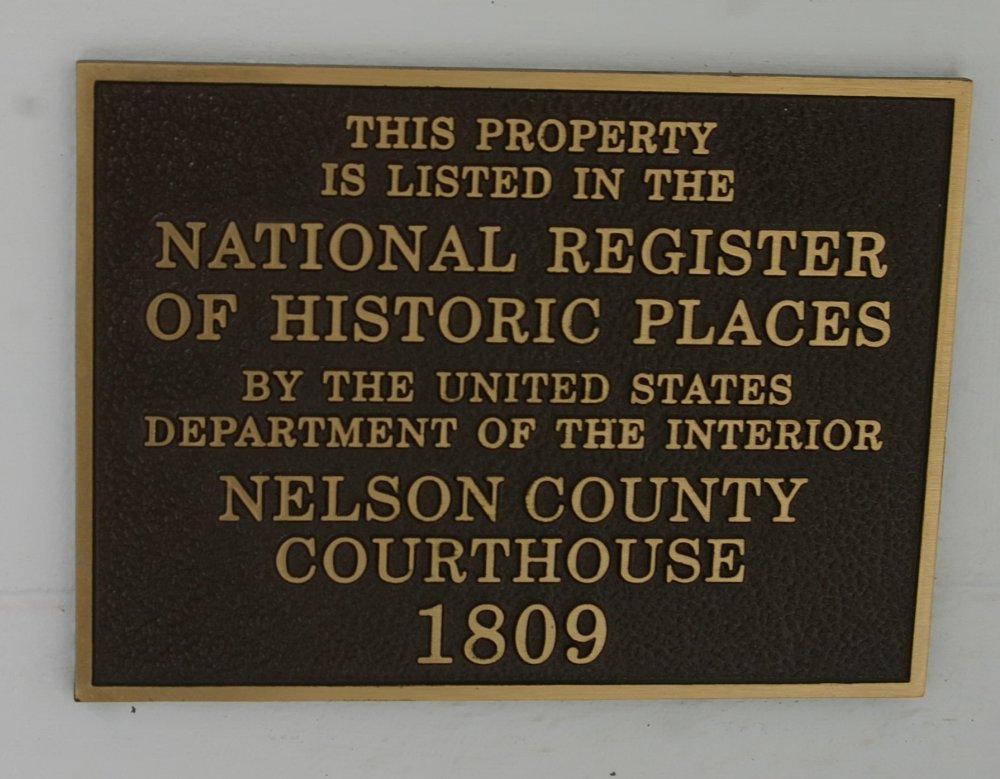 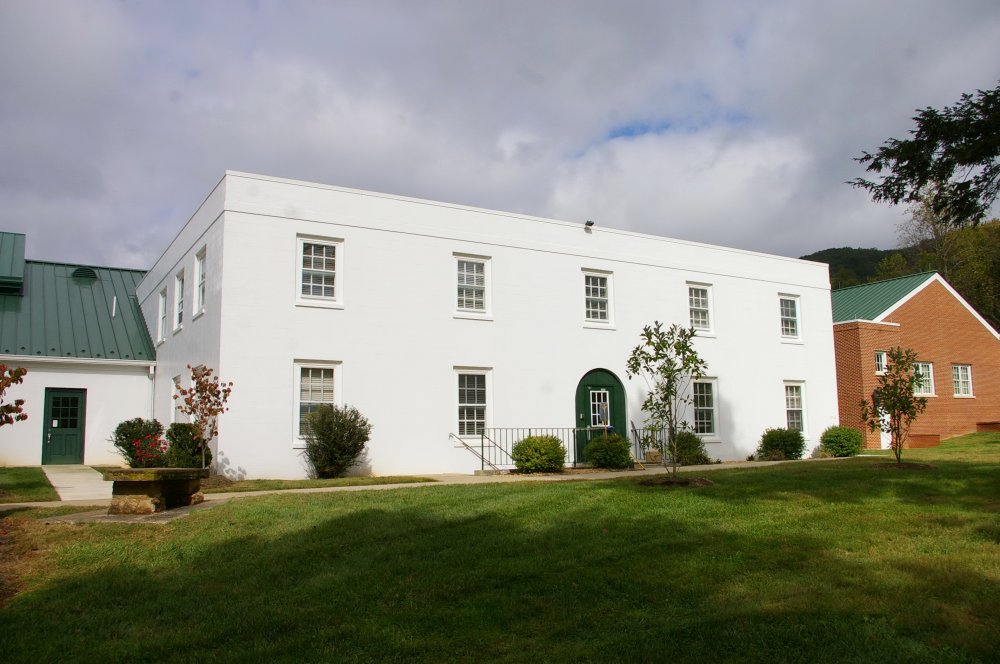 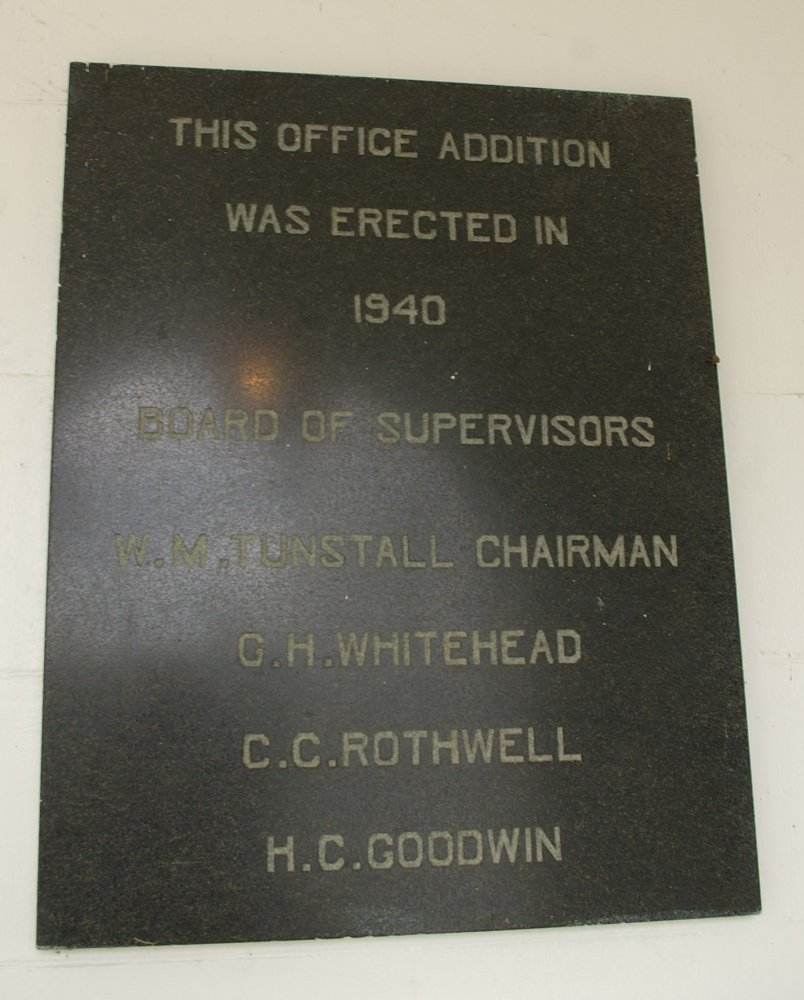 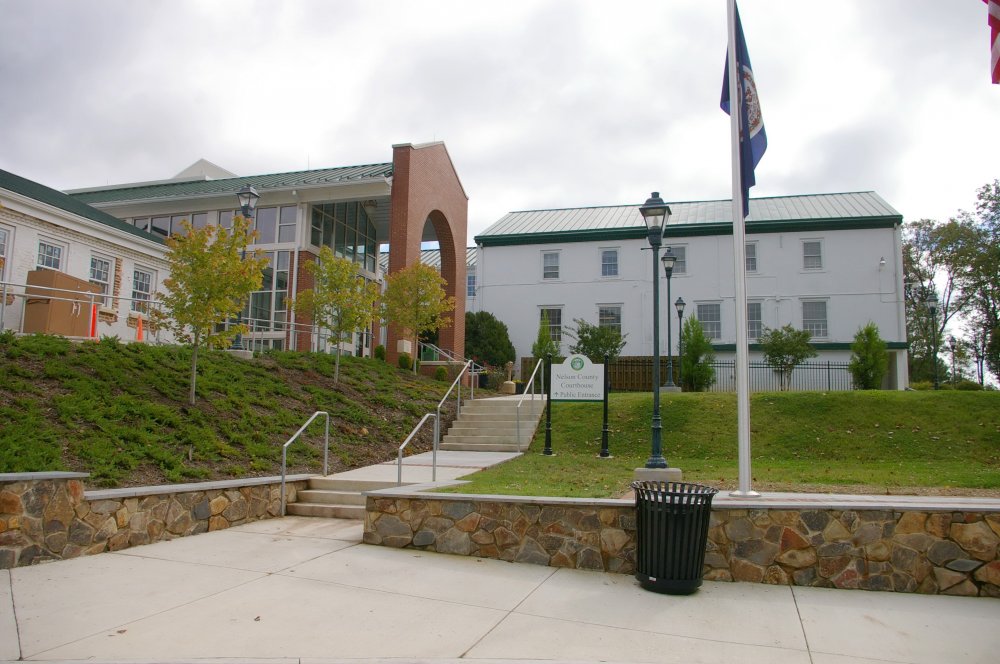 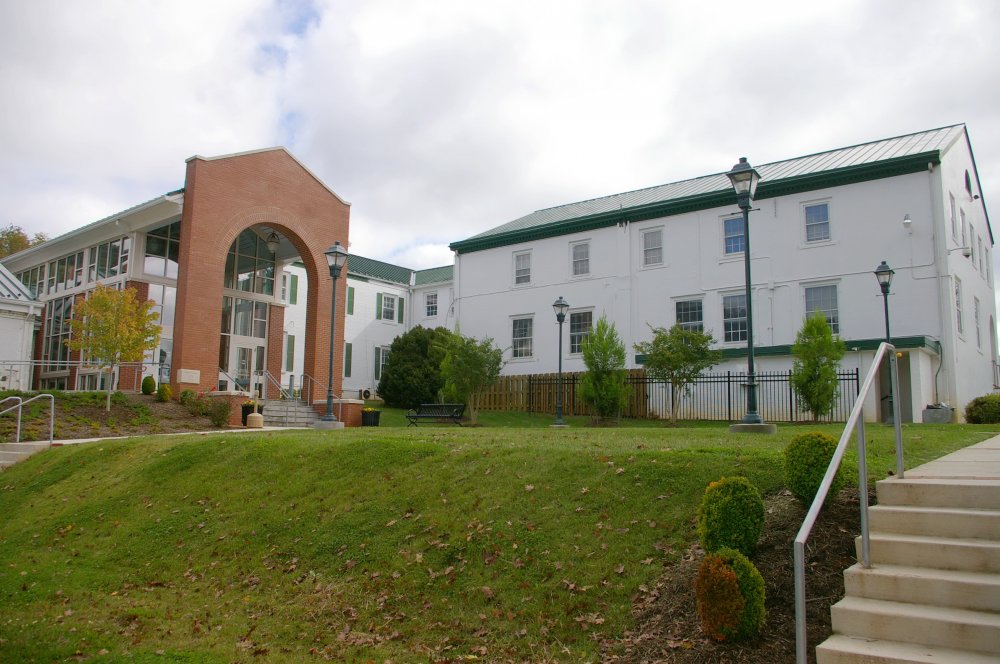 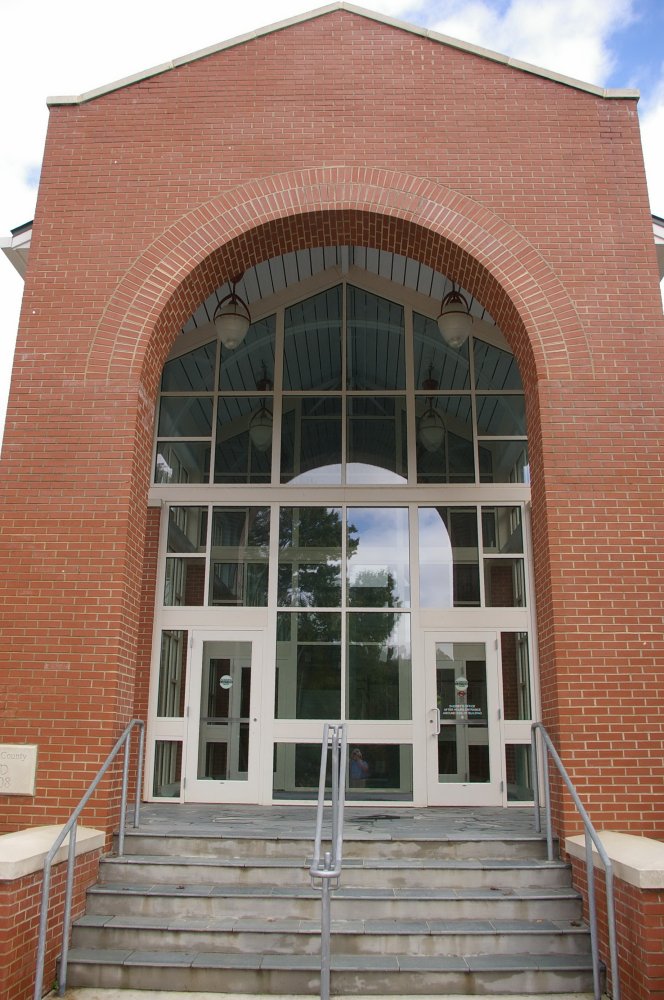 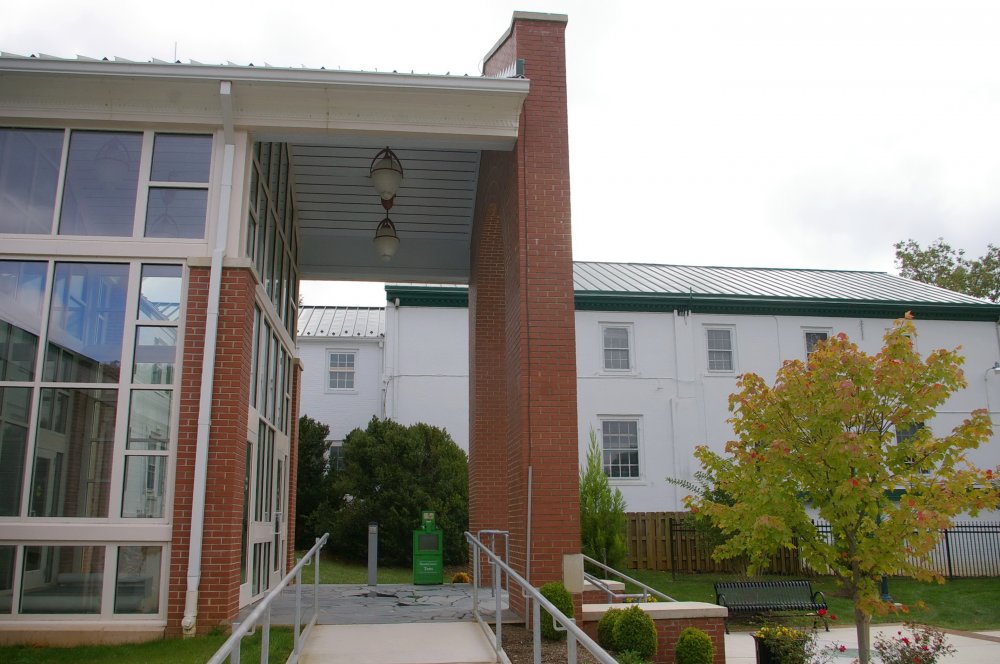 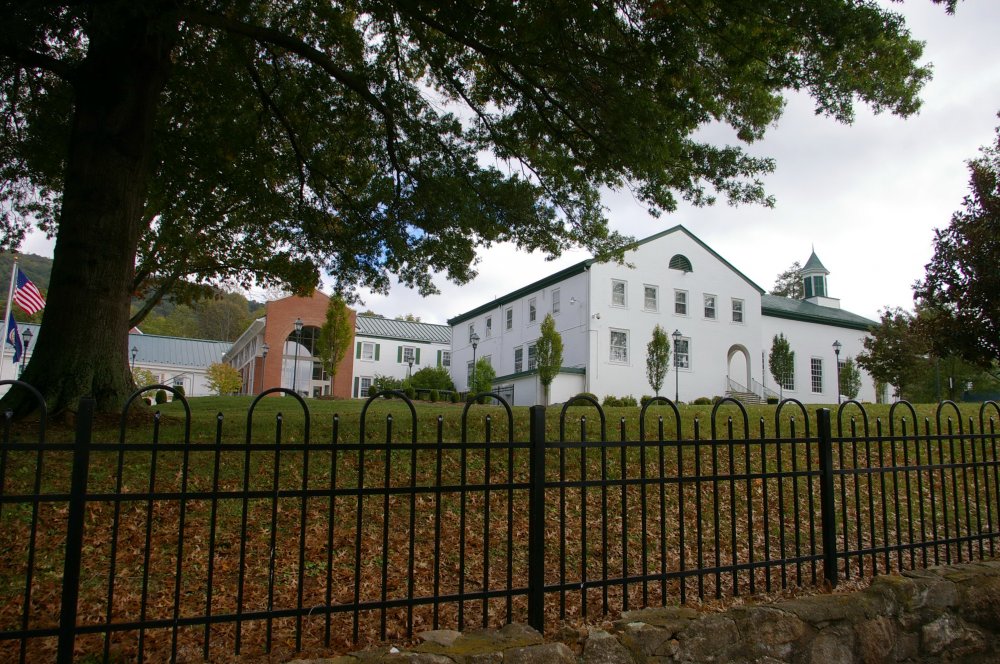