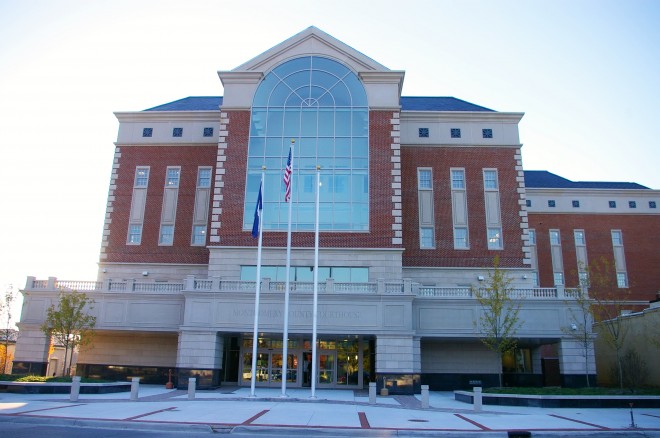 Description:  The building faces northwest and is a four story dark red colored brick, concrete and glass structure. The building is located on landscaped grounds in the center of Christiansburg. The west front has a projecting center section with a recessed central entrance. There are four large pillars supporting a balcony on the second story. On the second story is a large glass section with a large arched glass section rising to a peaked roof. The main building has vertical windows with concrete panels between. A wide band runs below the hipped roof. There is stone trim at the corners. The building houses the County Circuit Court, County General District Court and County Juvenile and Domestic Relations Court of the 27th Judicial Circuit. 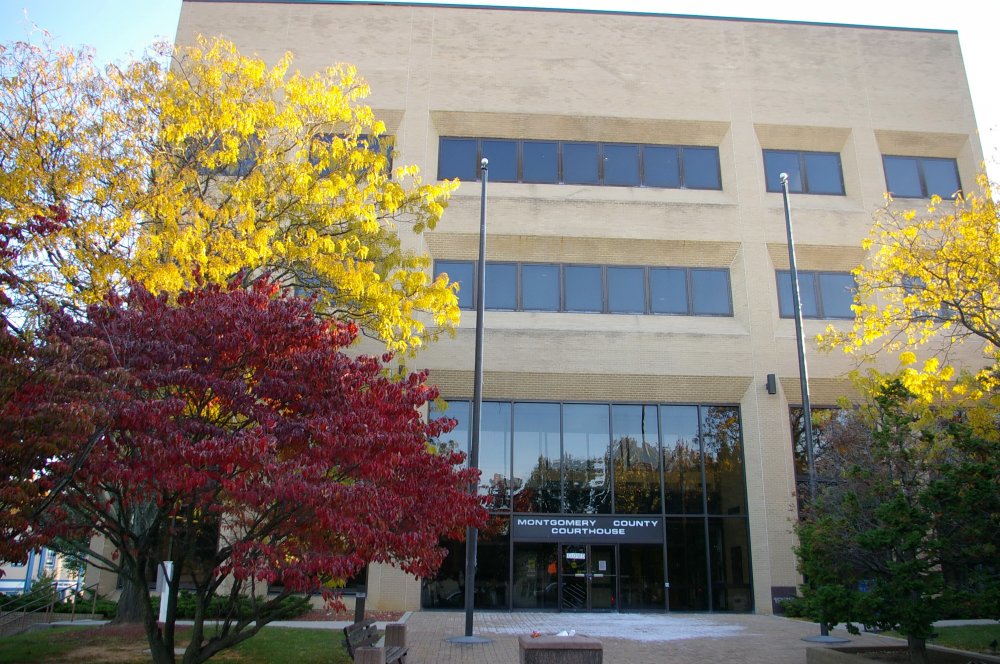 Description:  The building faces south and is a four story buff colored brick, concrete and glass structure. The building is located on the landscaped grounds of the Courthouse Square in the center of Christiansburg. The south front has a large glass section at the central entrance. The upper stories have horizontal windows. The roof line is flat. The building is now an office building. On the grounds is the eagle from the 1909 County Courthouse.

Note:  The eagle from the 1909 courthouse cupola was saved and placed on the Courthouse Square. There is a similar eagle on the old Roanoke County Courthouse which was also designed by Huggins & Bates. 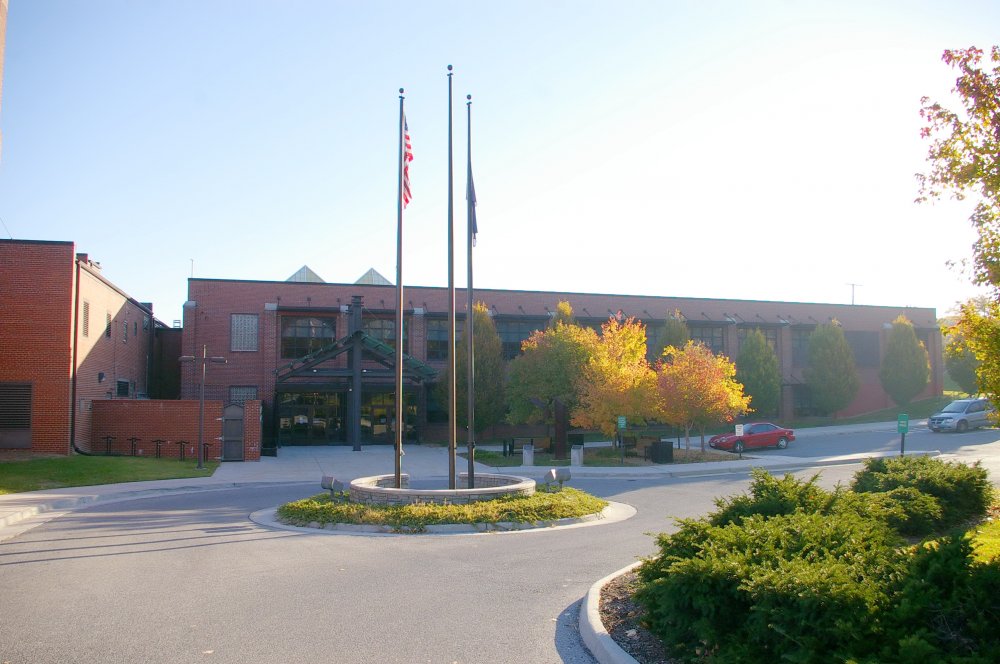 Description:  The building faces west and is a two story red colored brick, steel and concrete former industrial building. The building is located in the center of Christiansburg and was converted into office space. The interior has an open atrium rising two stories to roof skylights. 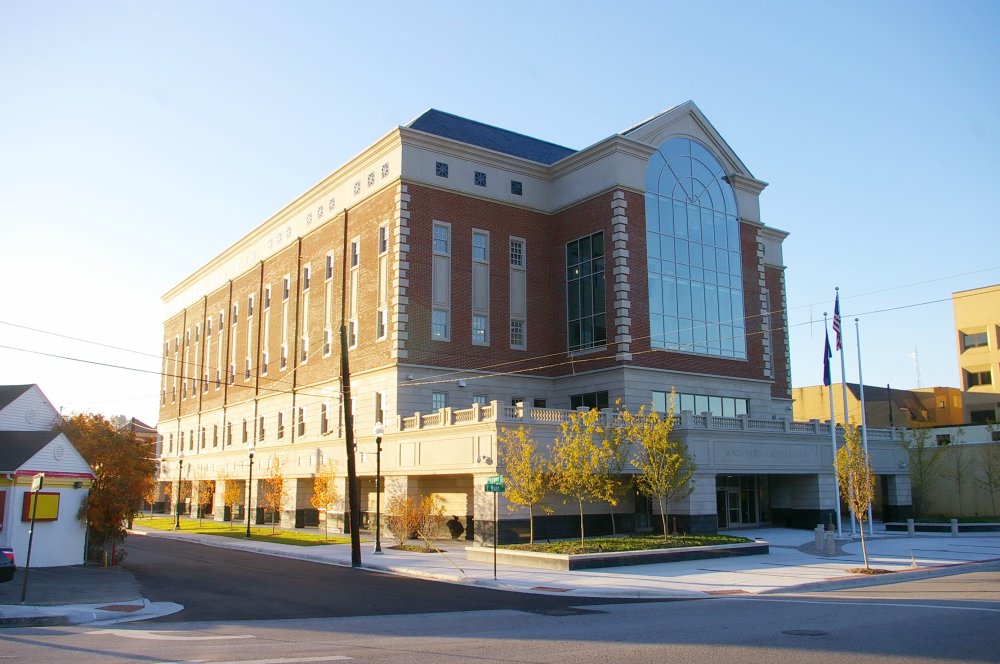 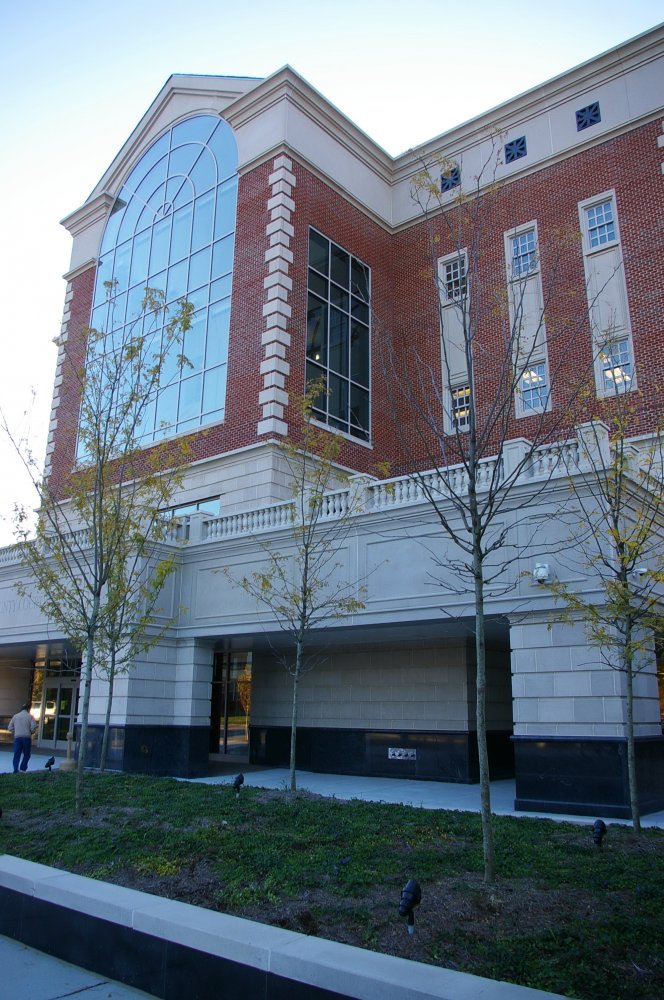 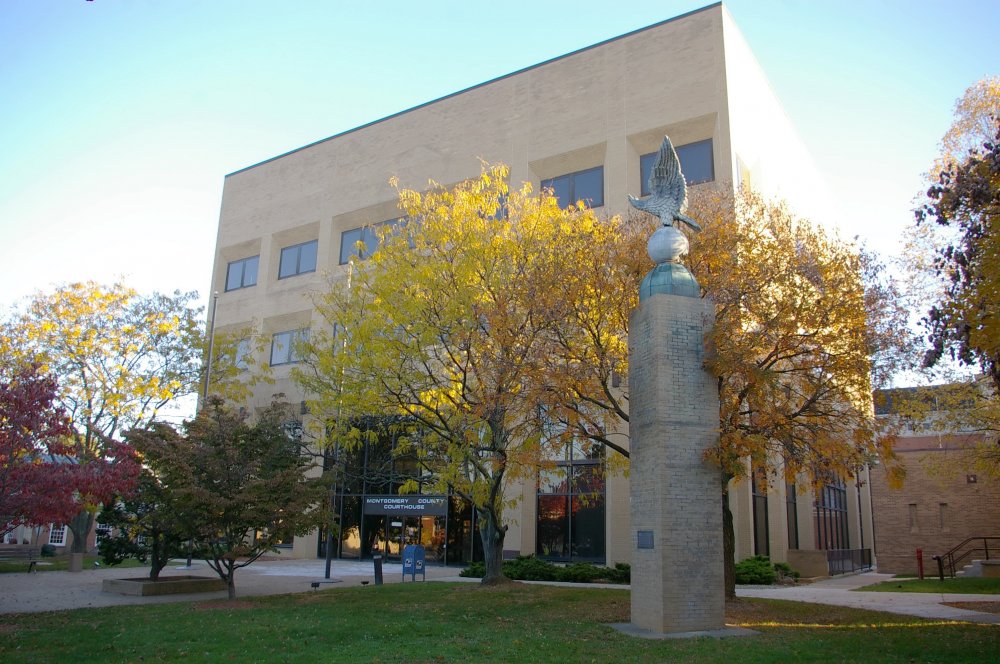 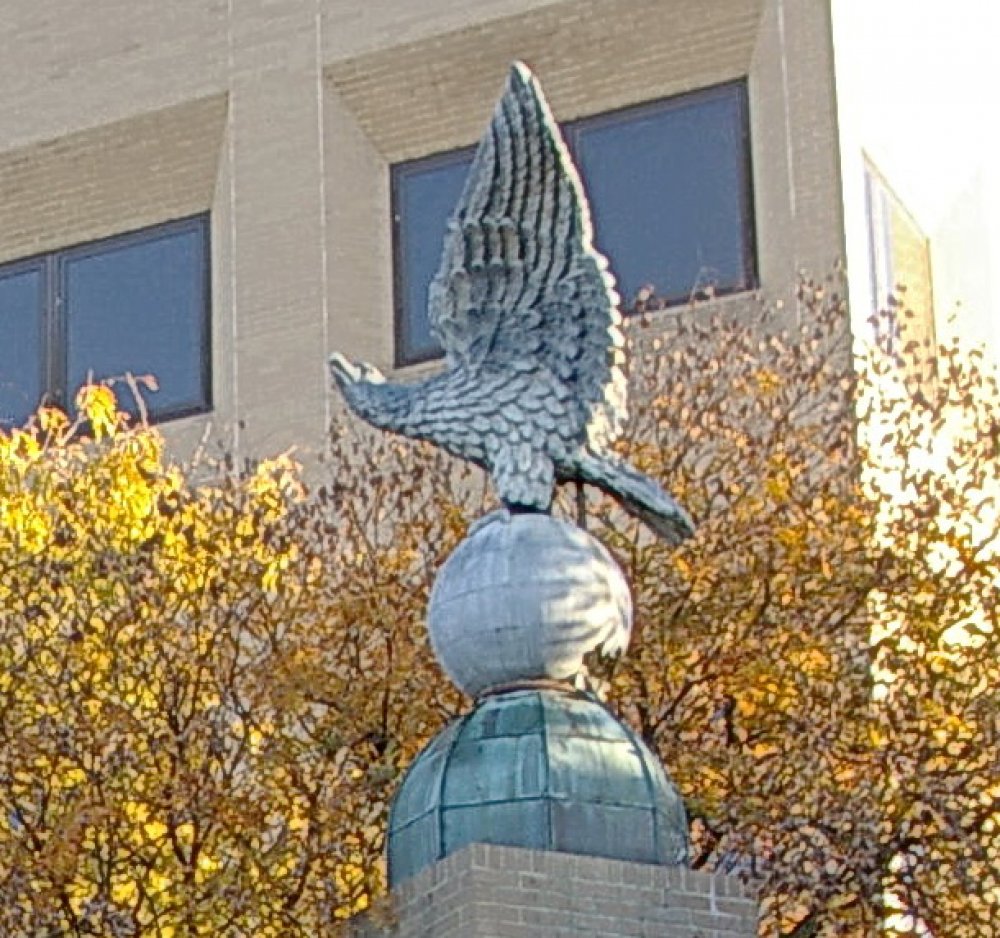 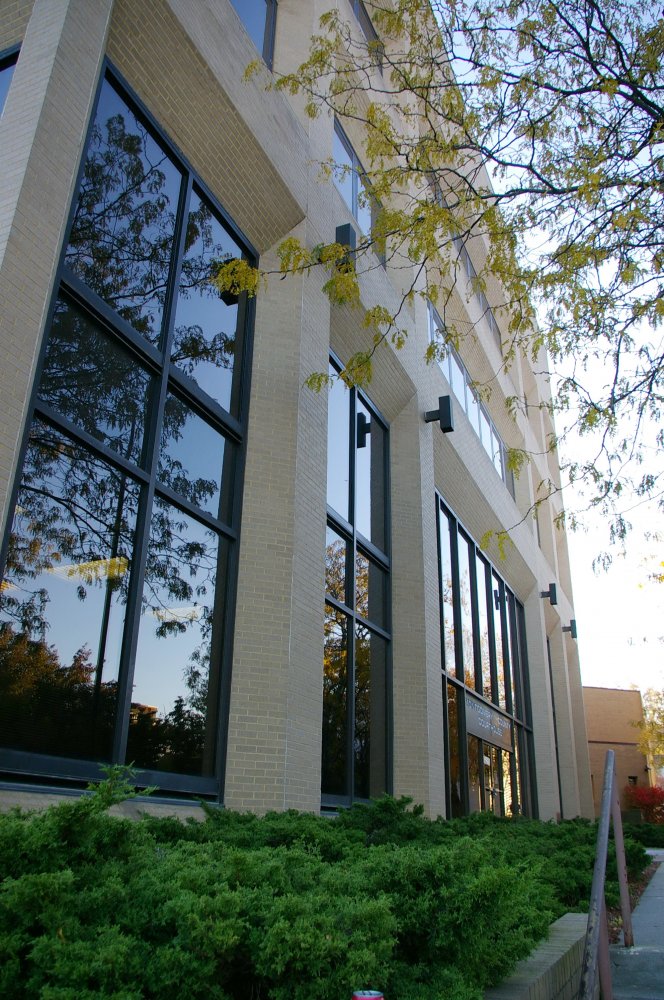 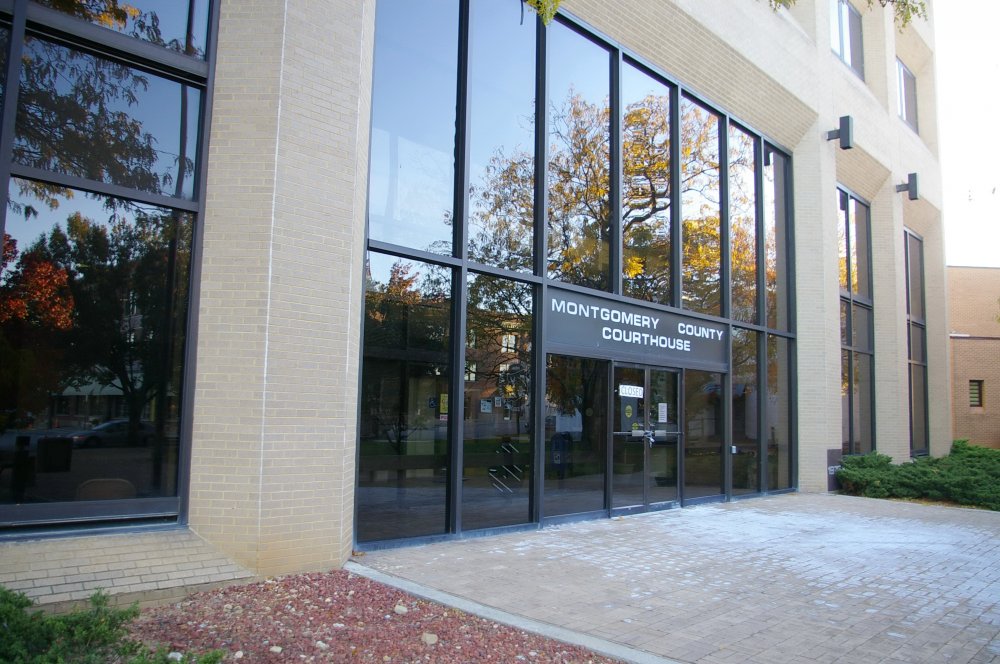 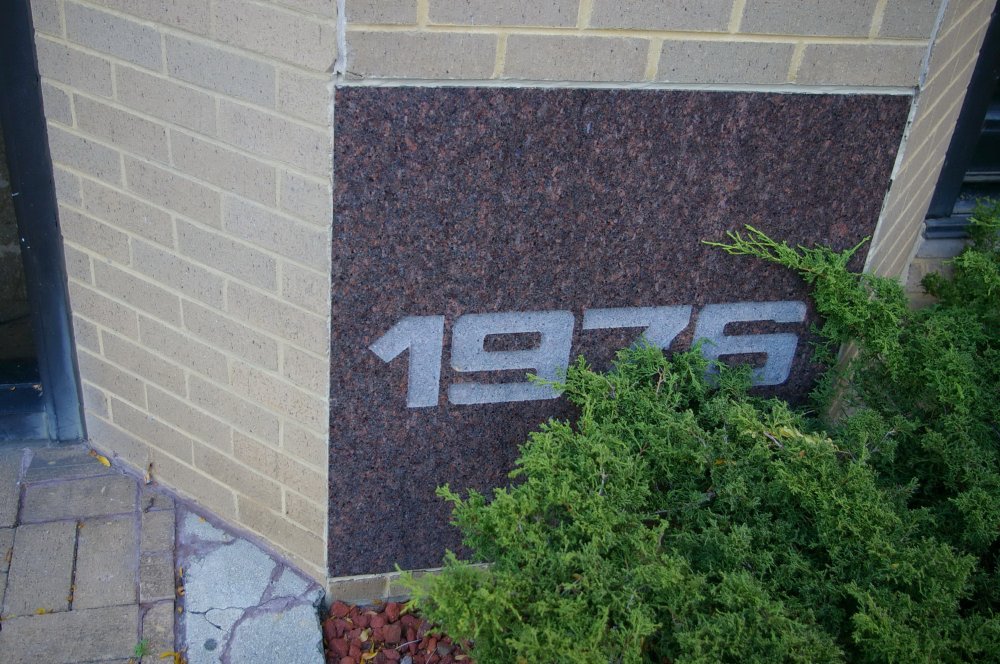