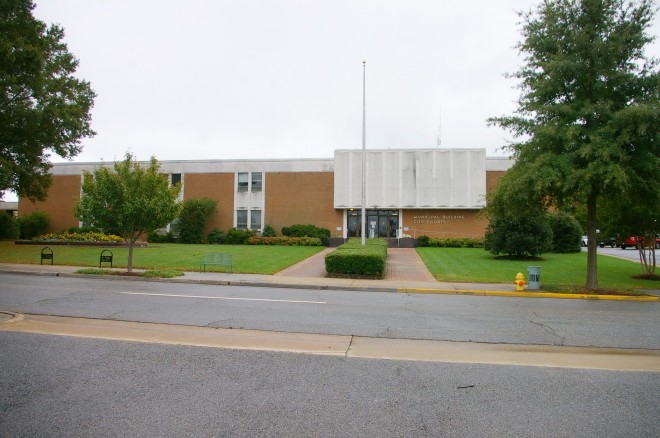 Martinsville is named for Joseph Martin, who was a pioneer and who settled in the area in 1778.

Description:  The building faces north and is a two story red colored brick and concrete structure. The building is located on landscaped grounds. The entrance is located on the west side of the north front with a large white colored concrete section extending above the roof line. The window sections are vertical and a wide concrete band runs along the flat roof line. The building is named as the Municipal Building and houses the Circuit Court and General District Court.

Note:  The old  Henry County courthouse is located in the city. 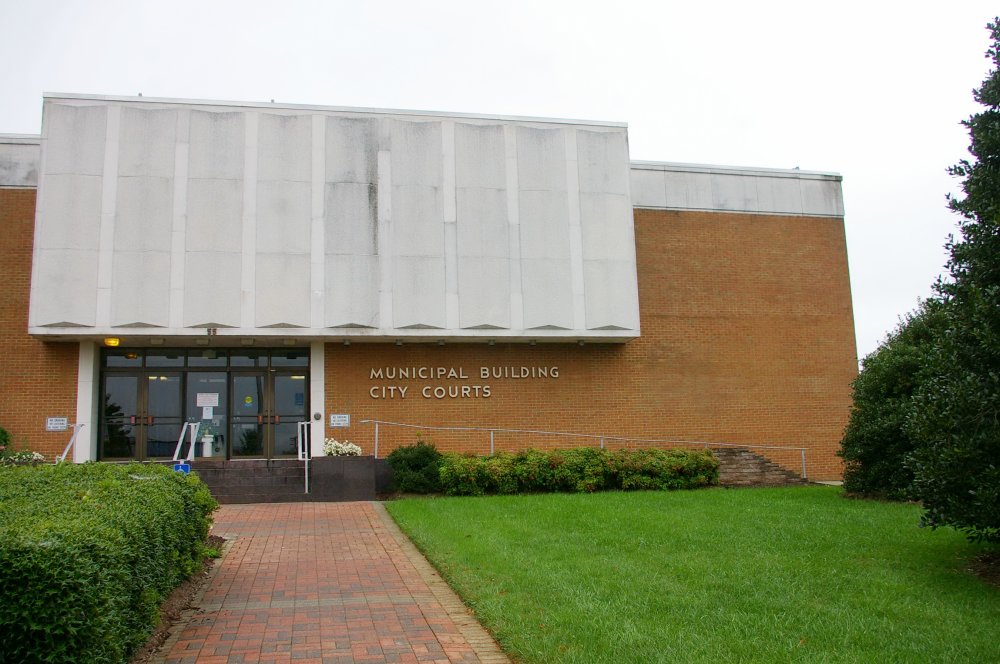 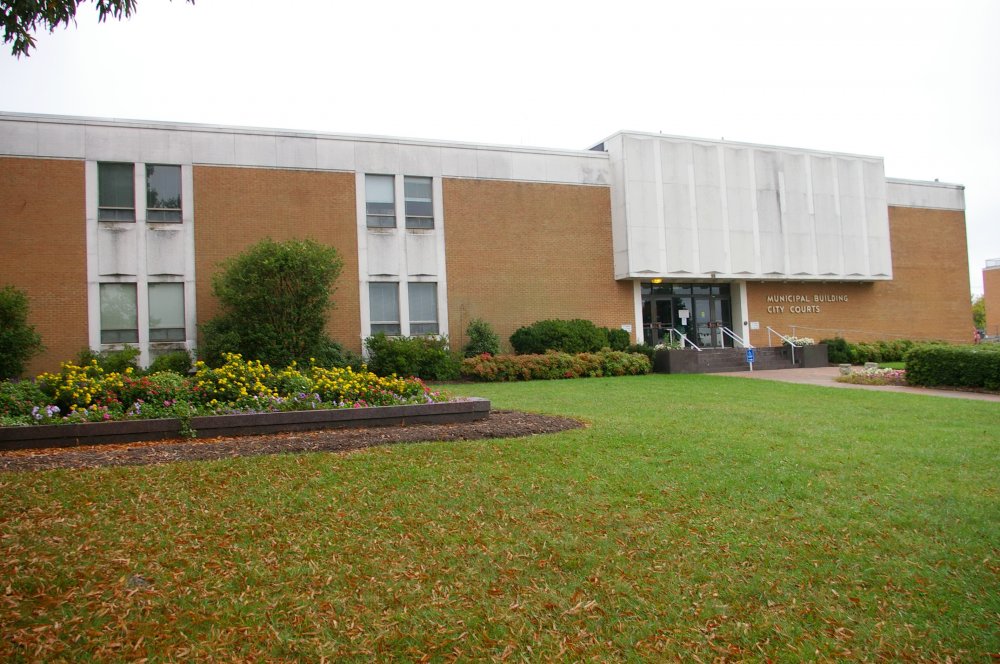 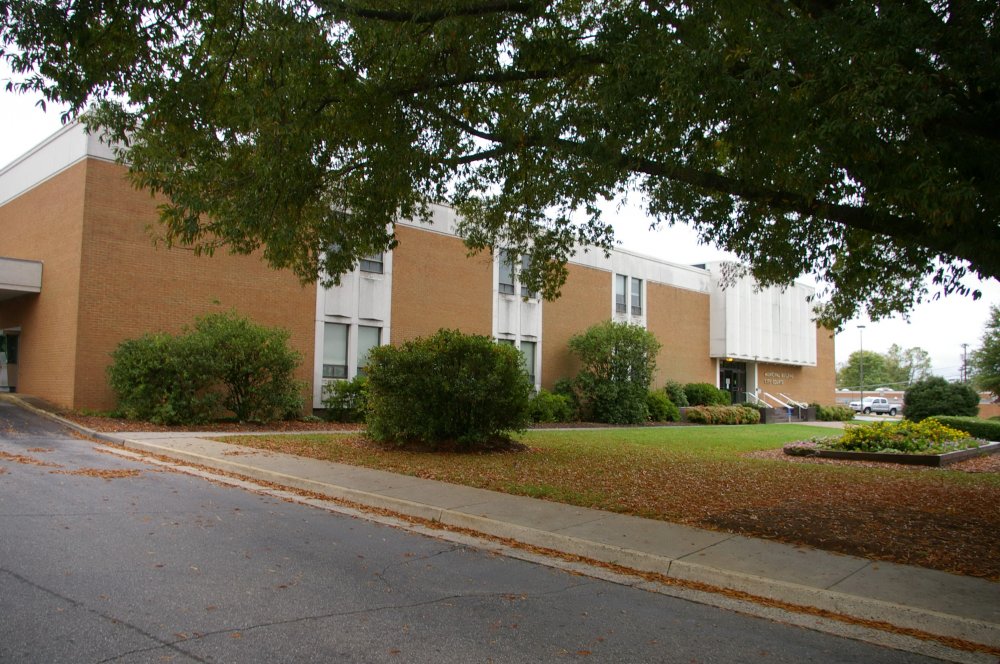 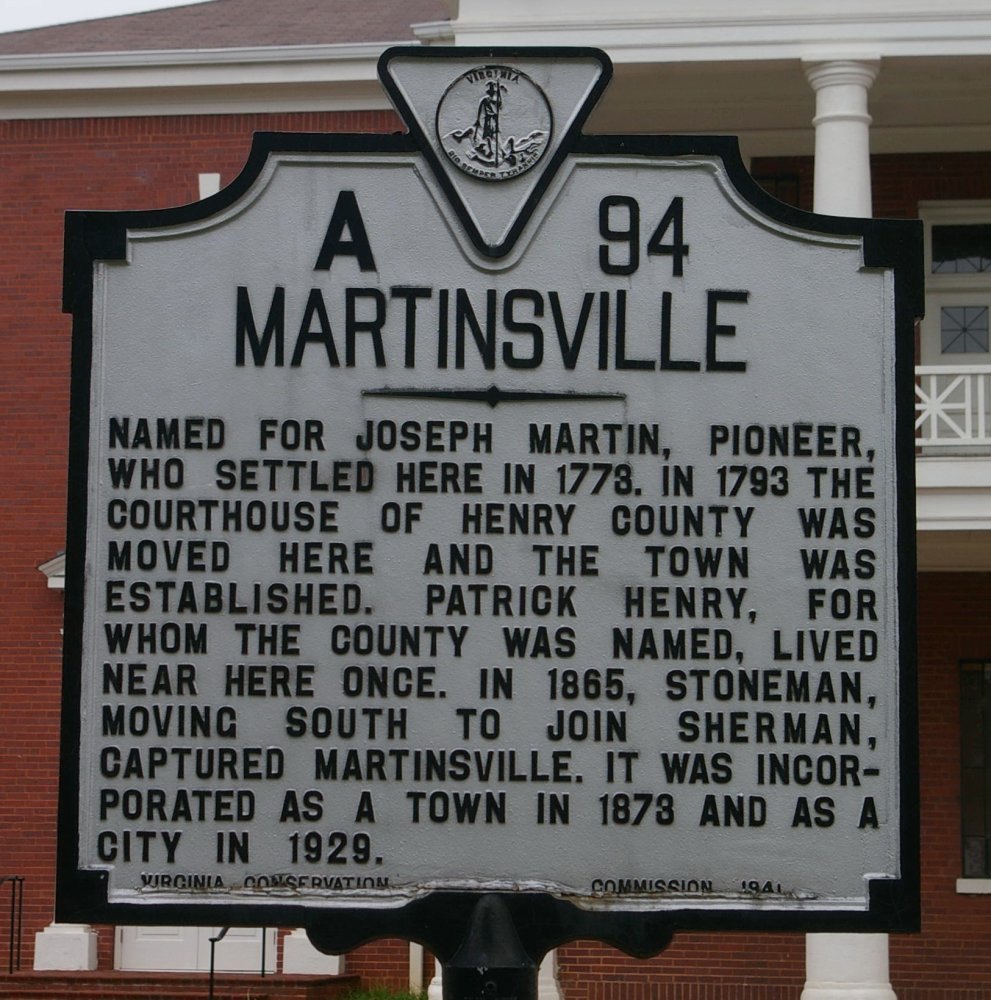