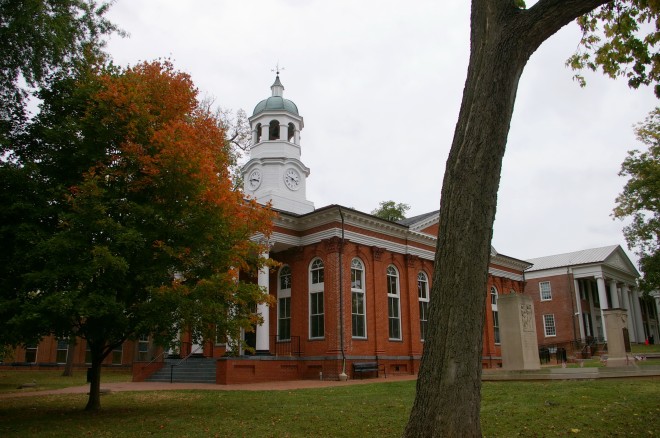 Loudoun County is named for John Campbell, who was the fourth Earl of Loudoun, British Commander-in-Chief in North America during the Seven Years War.

Description:  The building faces west and is a two story red colored brick structure. The building is located on landscaped grounds in the center of Leesburg. The west front of the rectangular shaped building has a large portico with four white colored columns rising to a wide pediment at the roof line. The entrance is arched with fanlight at the top. The vertical windows are arched. On the hipped roof is a high white colored octagonal belfry. 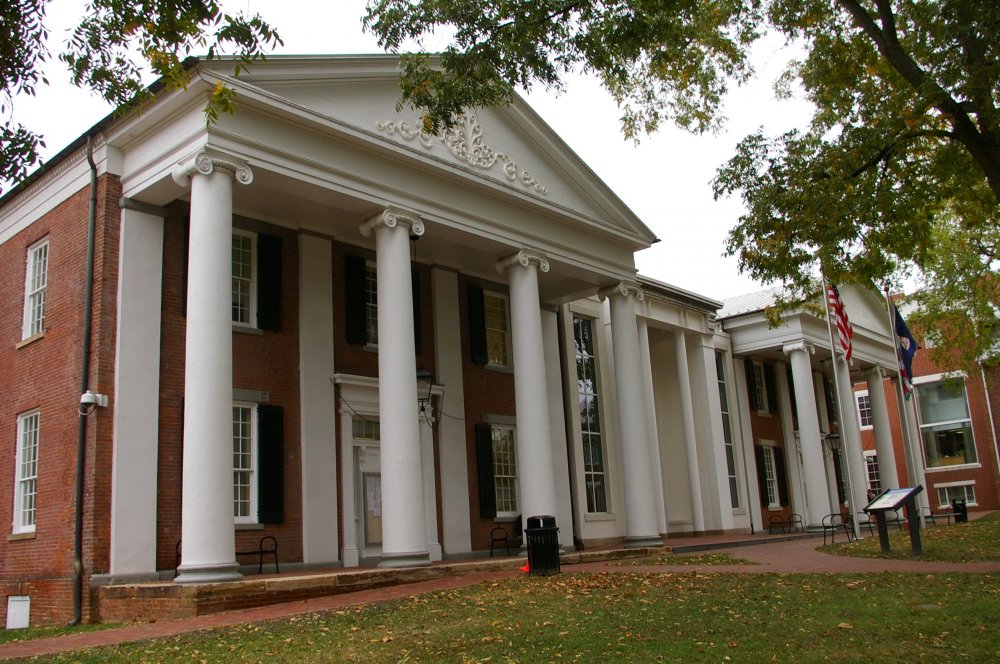 Description:  The building faces south and is a two story red colored brick and concrete structure. The building is located on landscaped grounds in the center of Leesburg on the east side of the courthouse and was built as the Leesburg Academy for Boys. The County acquired the building in 1873. The south front has two porticoes with four white colored columns rising to pediments. In the center is a recessed section with white colored columns. The roof is hipped. A building matching and adjoining the Academy building was constructed in 1959. From 1999 to 2004, Phase I being an addition was constructed on the north side with a long west wing, was constructed by Charles E Tompkins Company. On the east side is the Old Valley Bank built in 1805 as the Clerk’s Office, converted to a bank in 1818 and purchased in 1972. The building was renovated in 1987. The architect was Ballinger LaRock and the contractor was Caldwell & Santmyer, Inc. 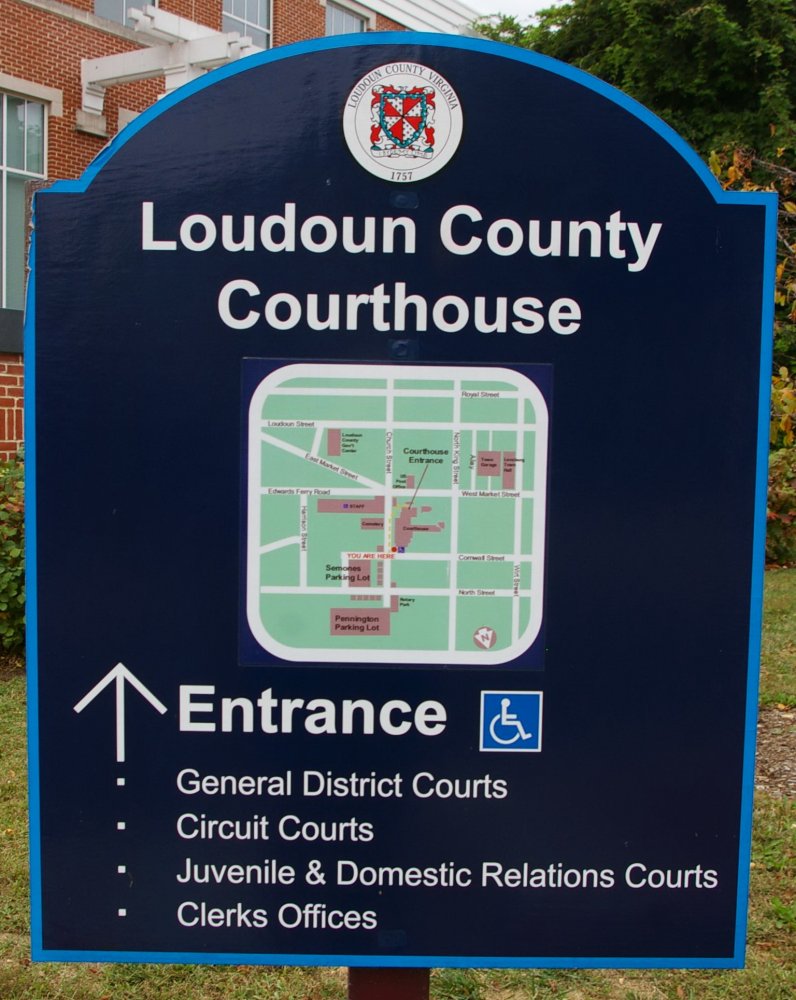 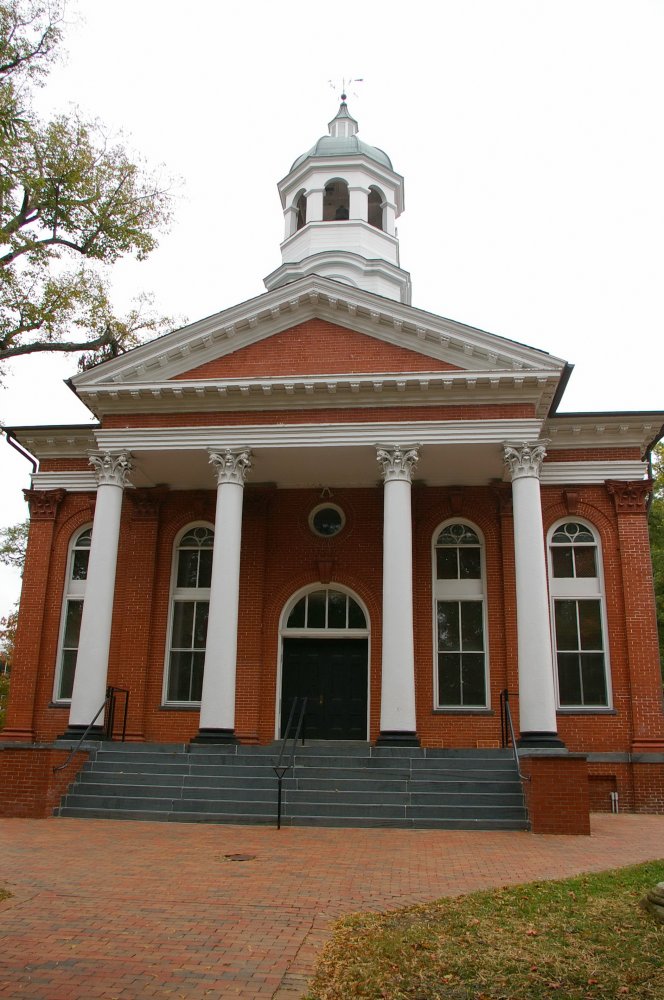 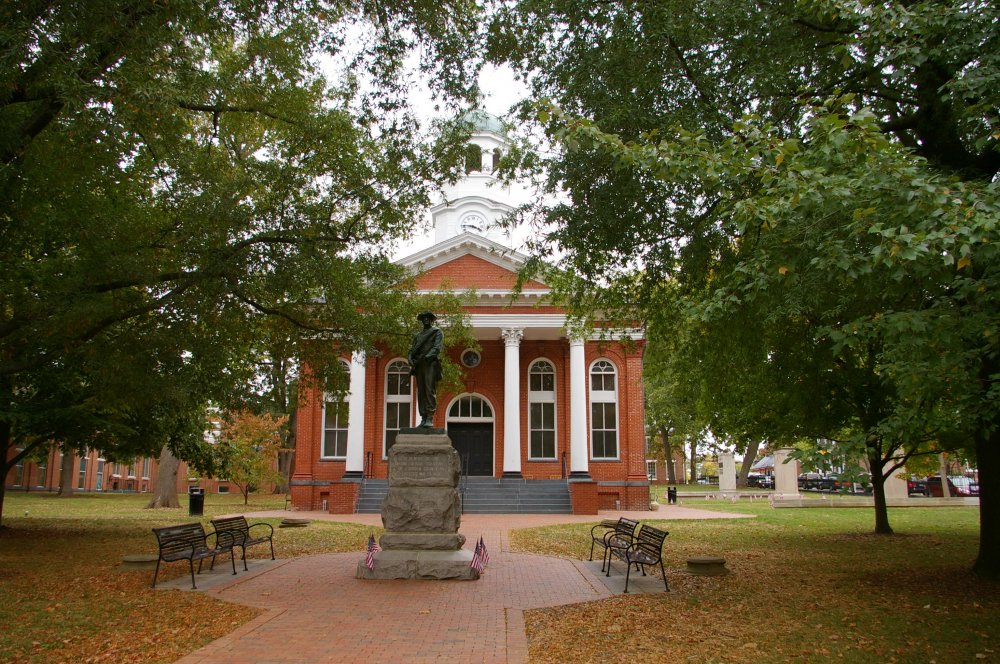 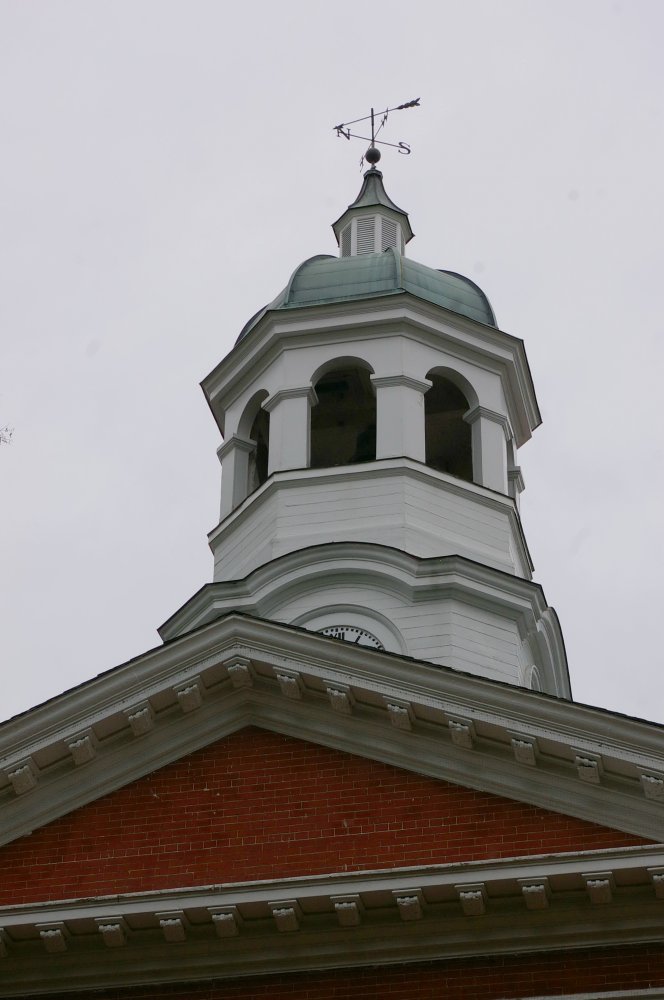 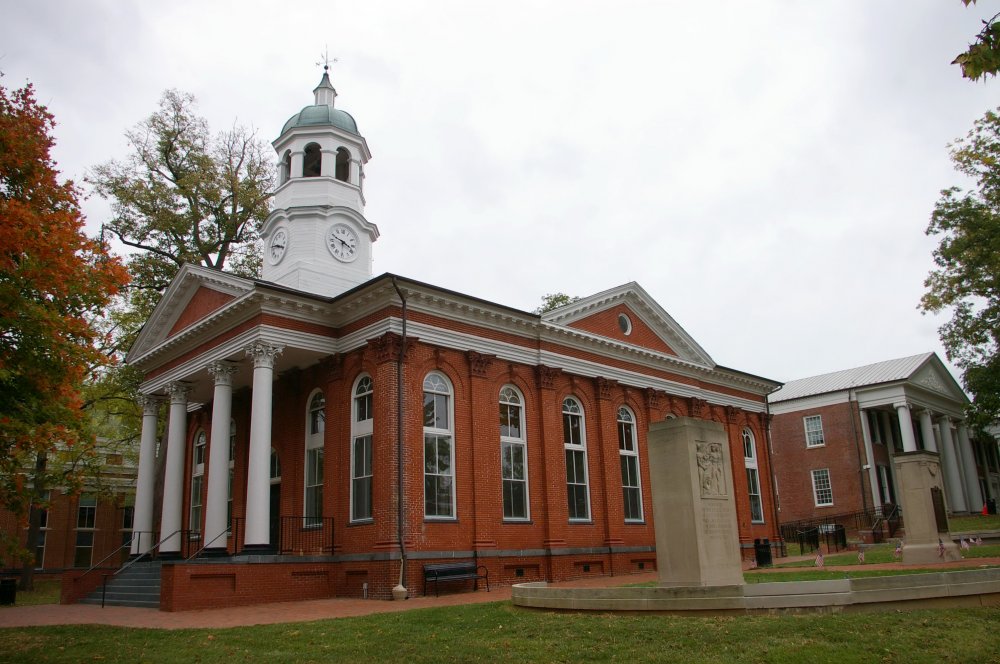 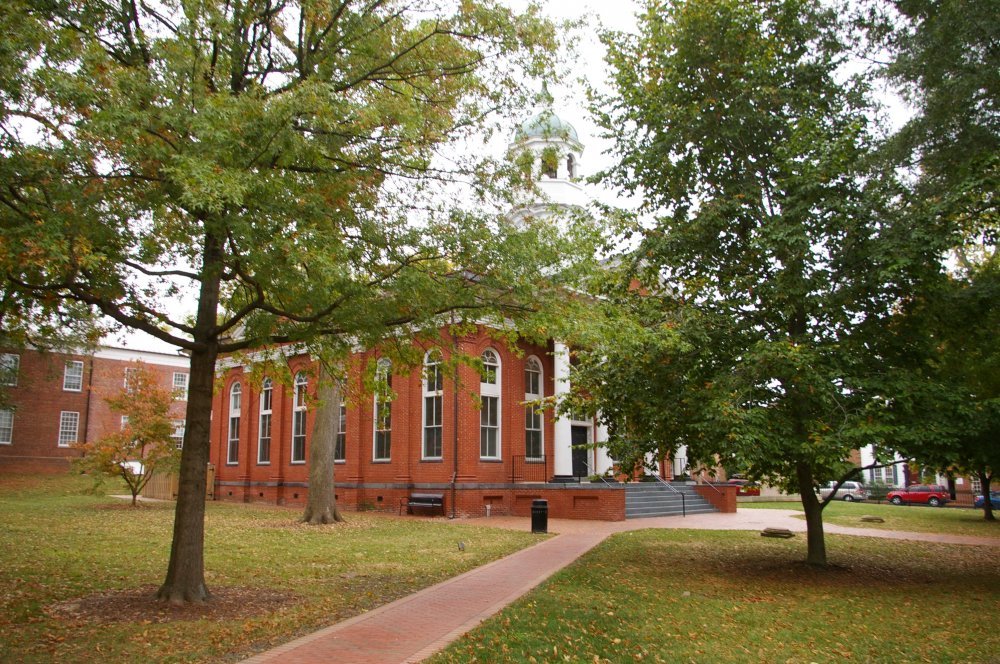 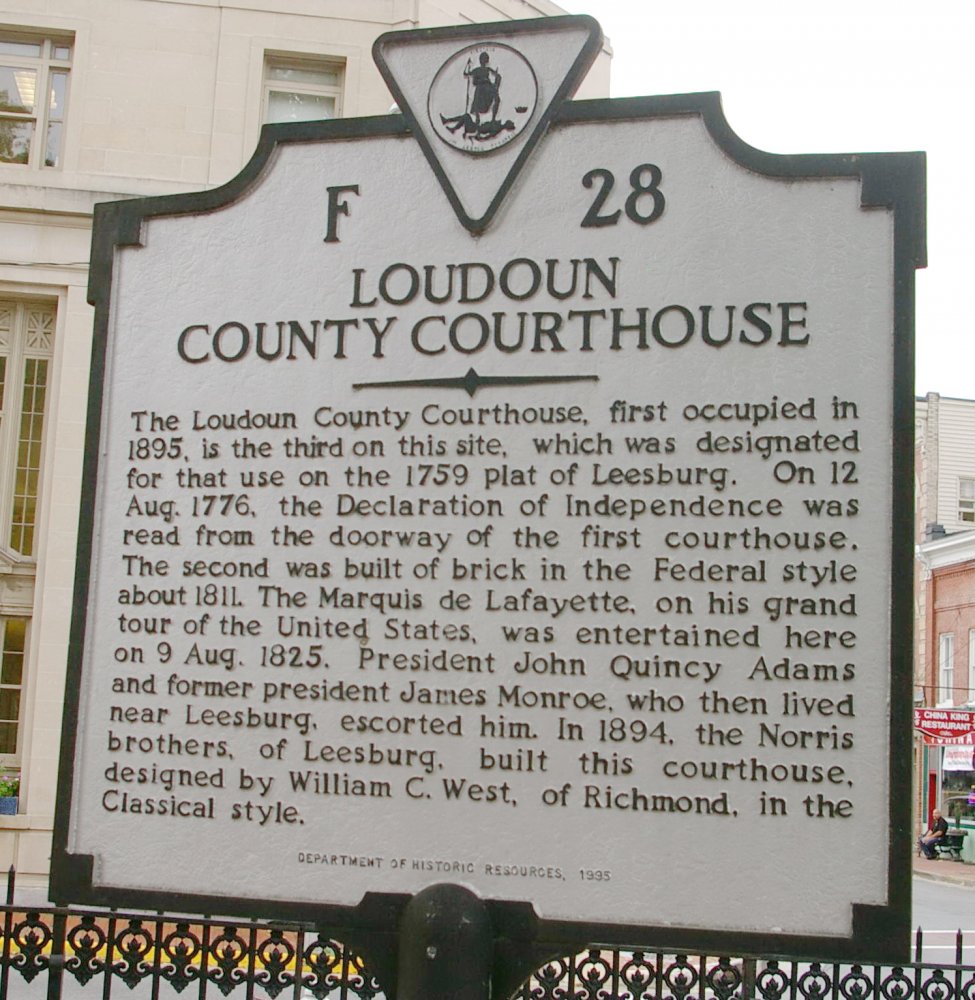 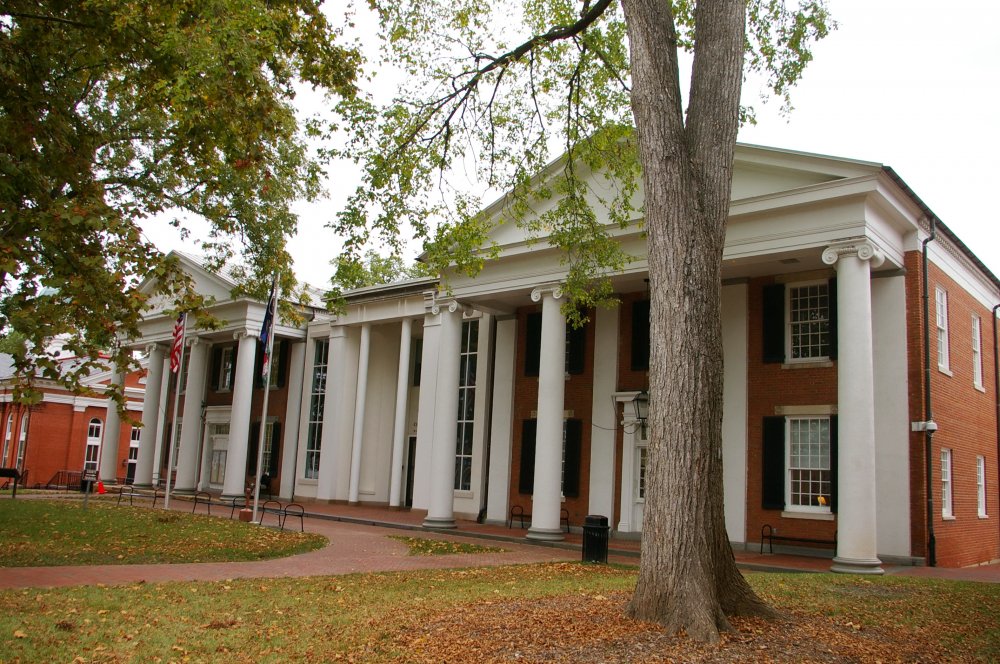