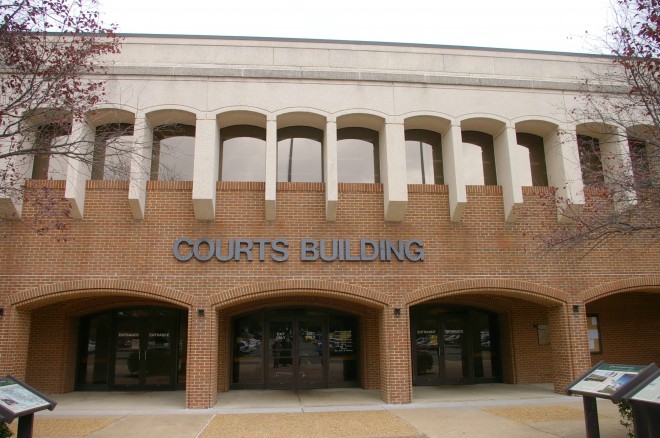 Henrico County is named for Henricus, a community founded in 1611 by Sir Thomas Dale and which community was named after Henry Frederick Prince of Wales, the eldest son of James I of England.

Description:  The building faces south and is a two story red colored brick and concrete structure. The south front has large arches on the first story with recessed entrances. The second story has white colored concrete forming arches with recessed windows. The roof line is flat. The building is connected to the Administration Building on the east side and is named as the Courts Building. 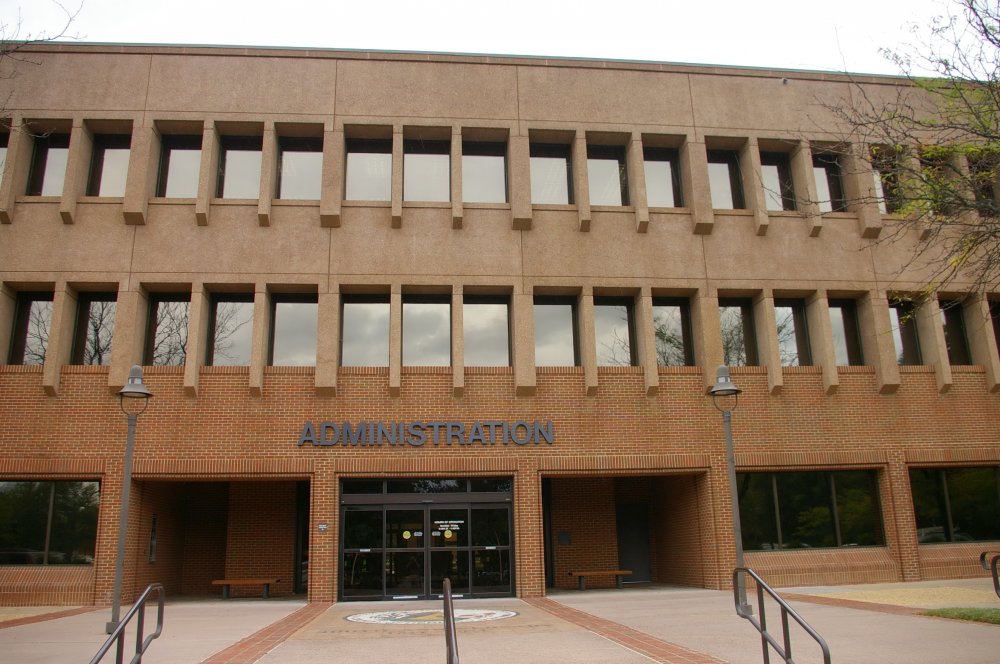 Description:  The building faces east and is a three story red colored brick and concrete structure. The first story has recessed sections and the second and third stories has projecting dividers between the windows. The roof line is flat. The building is connected to the Courts Building on the west side. 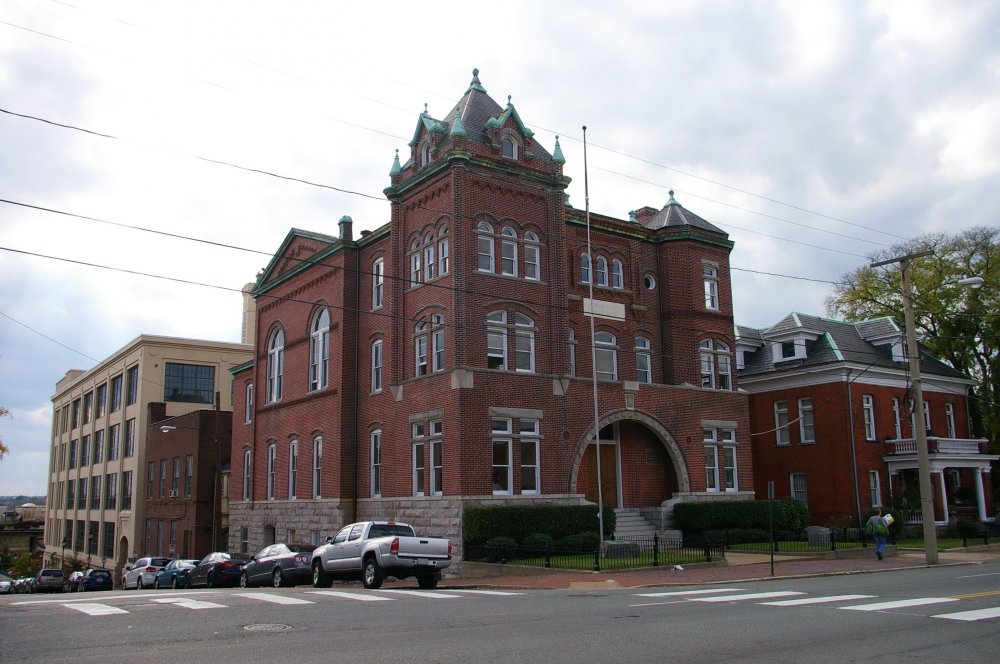 Description:  The building faces east and is a three story red colored brick and stone structure. The southeast corner has a large square tower rising to a steep green colored roof with dormers. On the northeast corner is a smaller square tower. The front has a large arch with recessed entrance. The base of the building is course stone. There is red colored brick addition along the west side. The building is unoccupied. 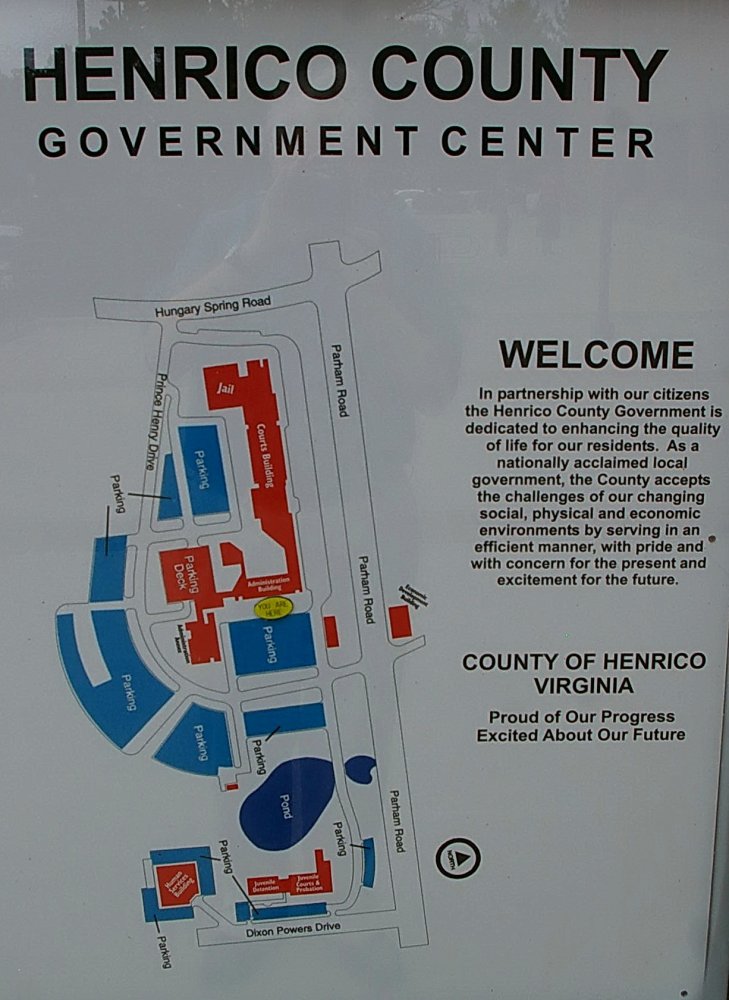 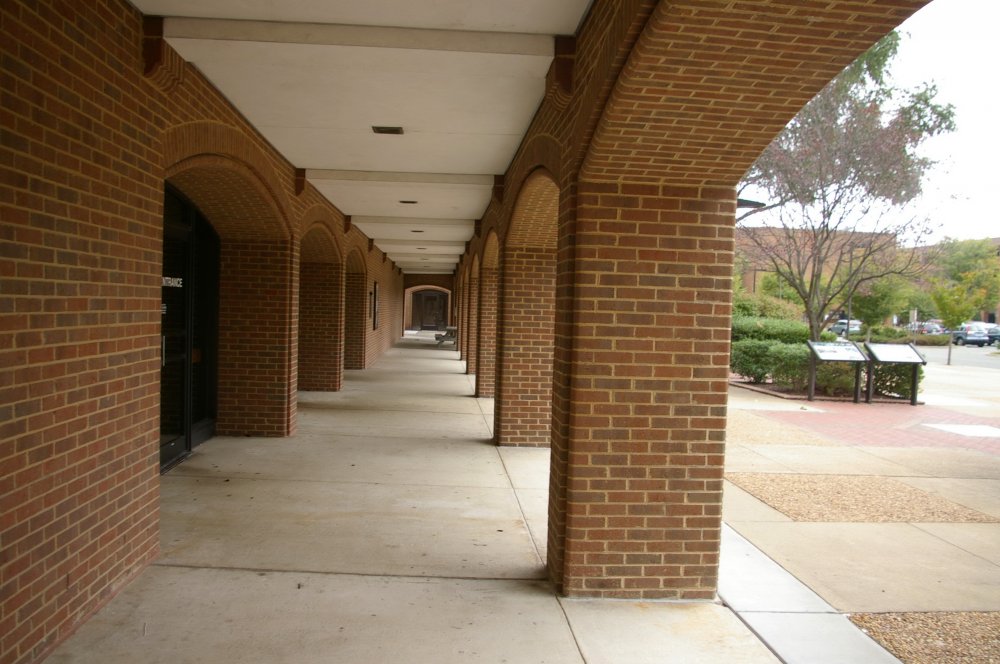 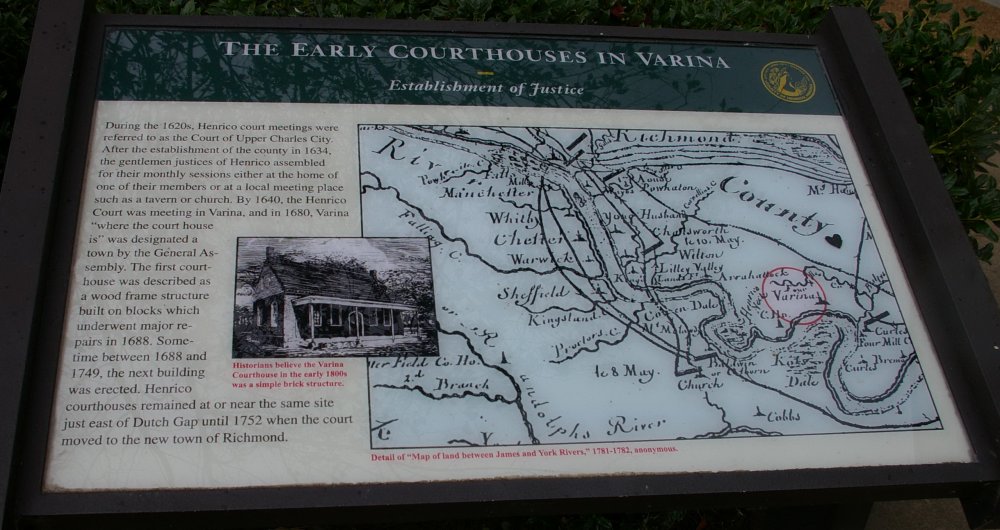