Fluvanna County is named for the Fluvanna River which was the name given to the James River west of Columbia and means “Annie’s River” in honor of Queen Anne of England.

Description:  The building faces south and is a two story red colored brick and stone structure. The south front has a large Greek Doric portico supported by four large columns rising to a pediment at the roof line. The building is distinguished by the extensive use of stone for the column and pilaster capitals, steps, water table, window sills, and lintels. Two levels of windows on the sides as well as the three arched windows at the rear are separated by pilasters. Conspicuously inscribed on the stone lintel above the entrance is: “THE MAXIM HELD SACRED BY EVERY FREE PEOPLE – OBEY THE LAWS.” To the south is the old stone jail constructed in 1829 and to the northeast is the Clerk’s Office.

Note:  Construction was probably done by slaves under the direction of Walker Timberlake, a Methodist preacher who undertook various architectural and engineering works in the county. 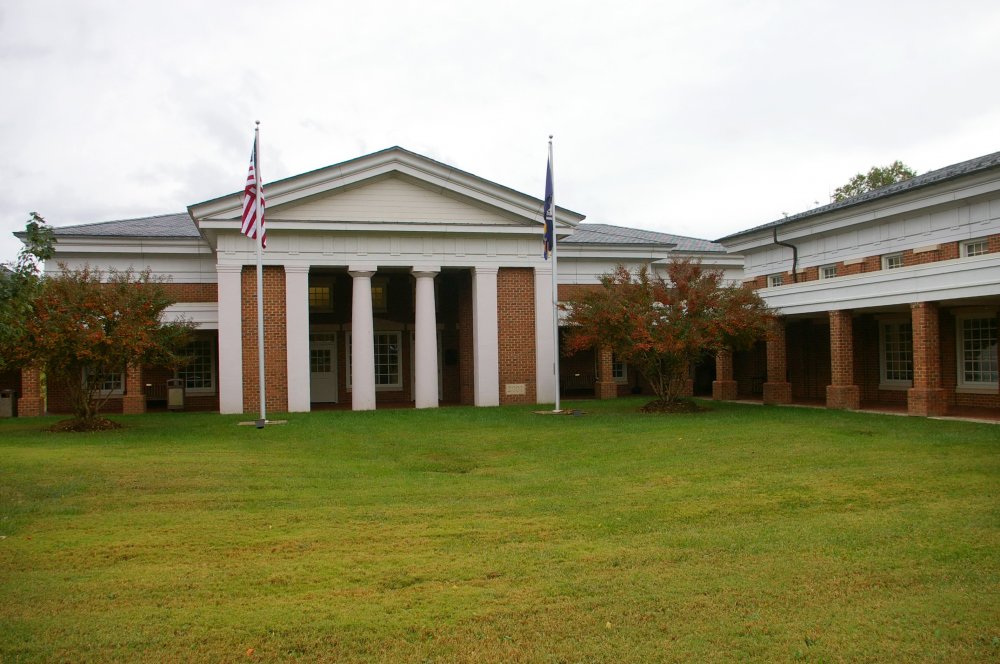 Description:  The building faces north and is a two story buff colored brick and concrete structure. The building faces north and was completed in 2001. The building descends a slope on the south side and on the north side, the second story is the main entrance with two large columns supporting a pediment at the roof line. The center section projects from the main building and has a covered porch which extends west and along the east front of the west section which forms a separate building. The roofs are hipped. 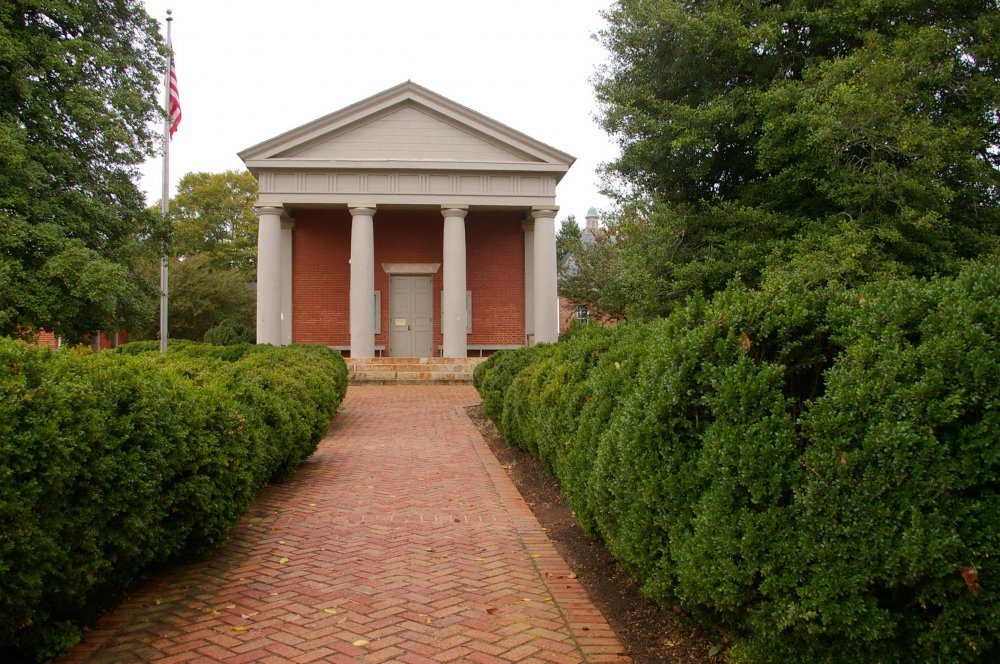 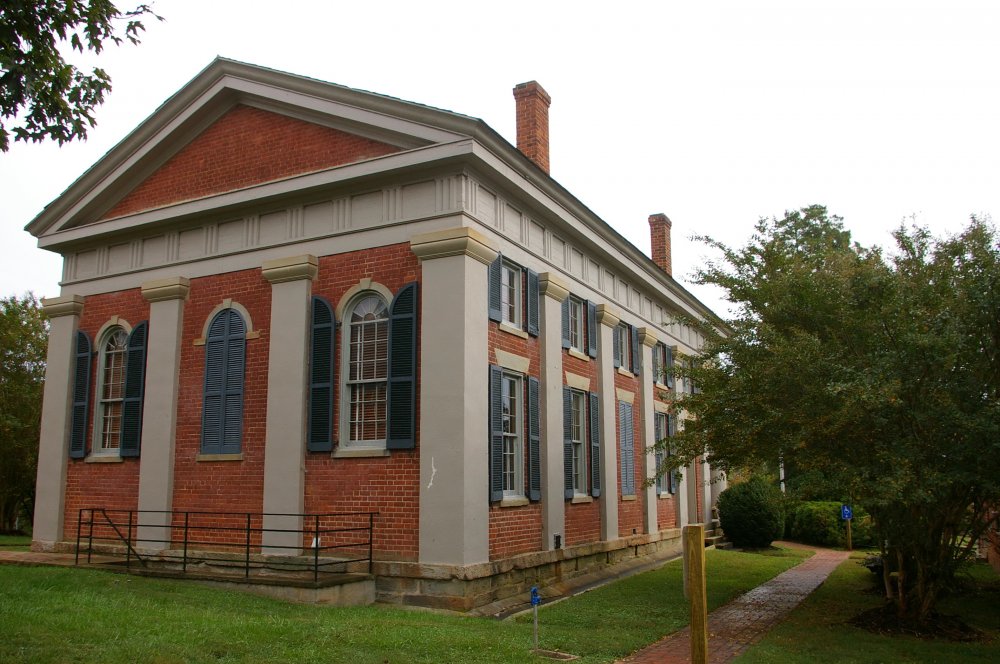 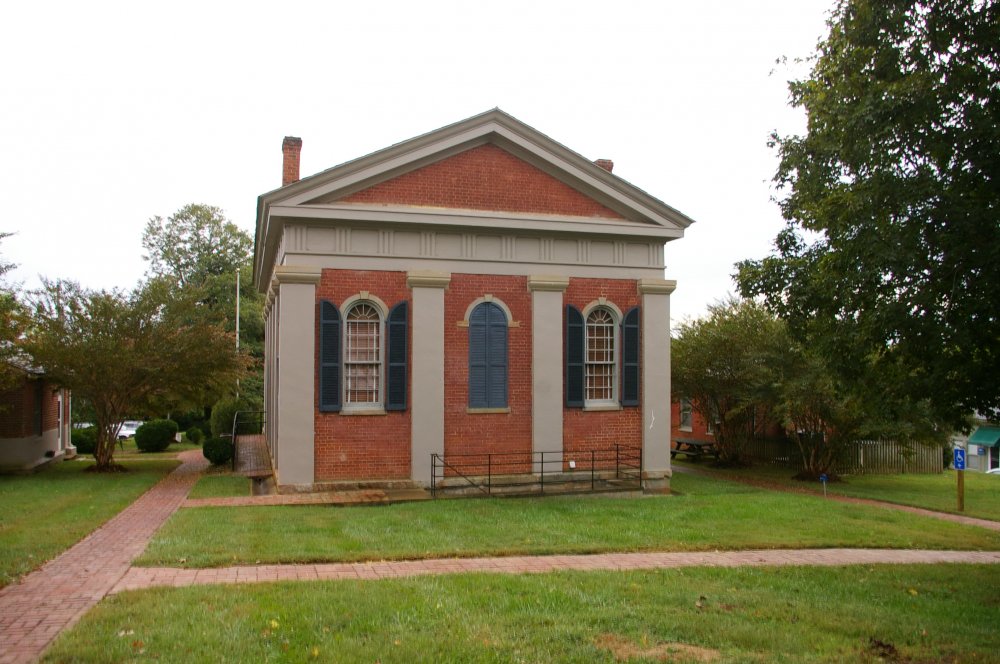 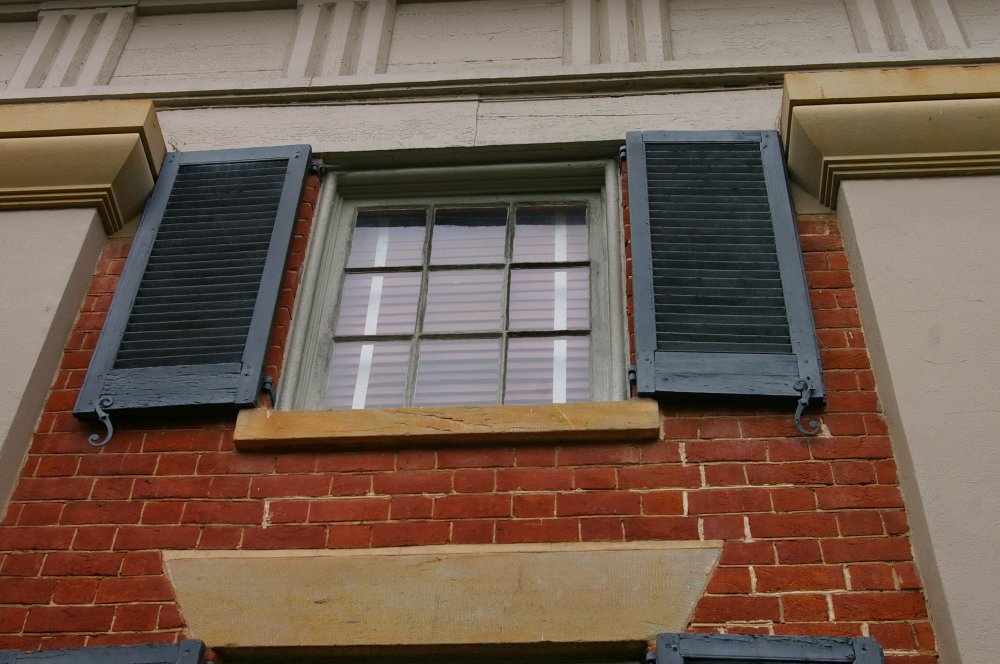 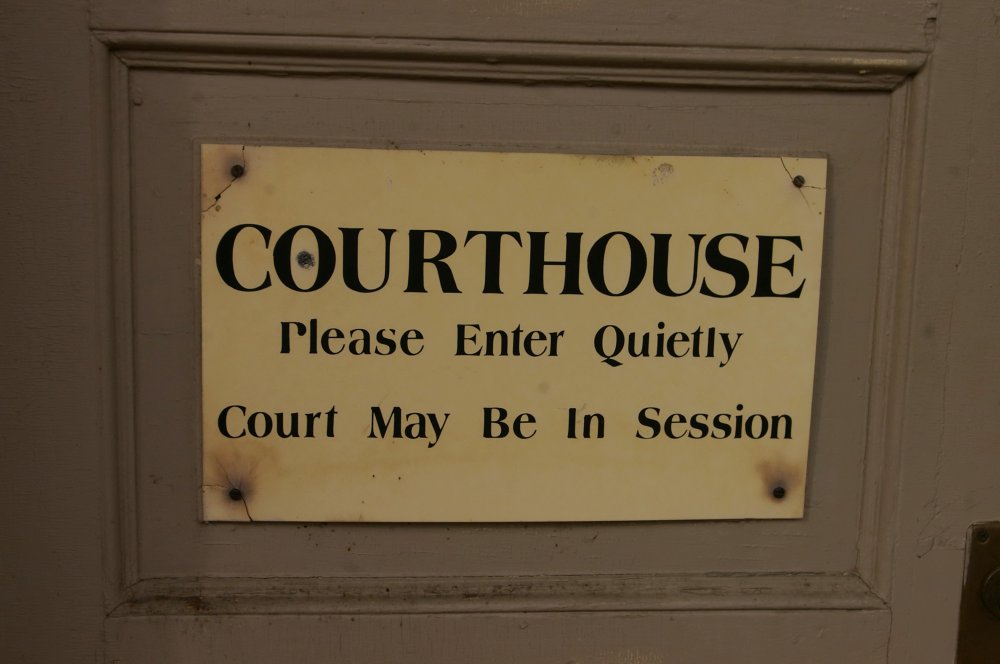 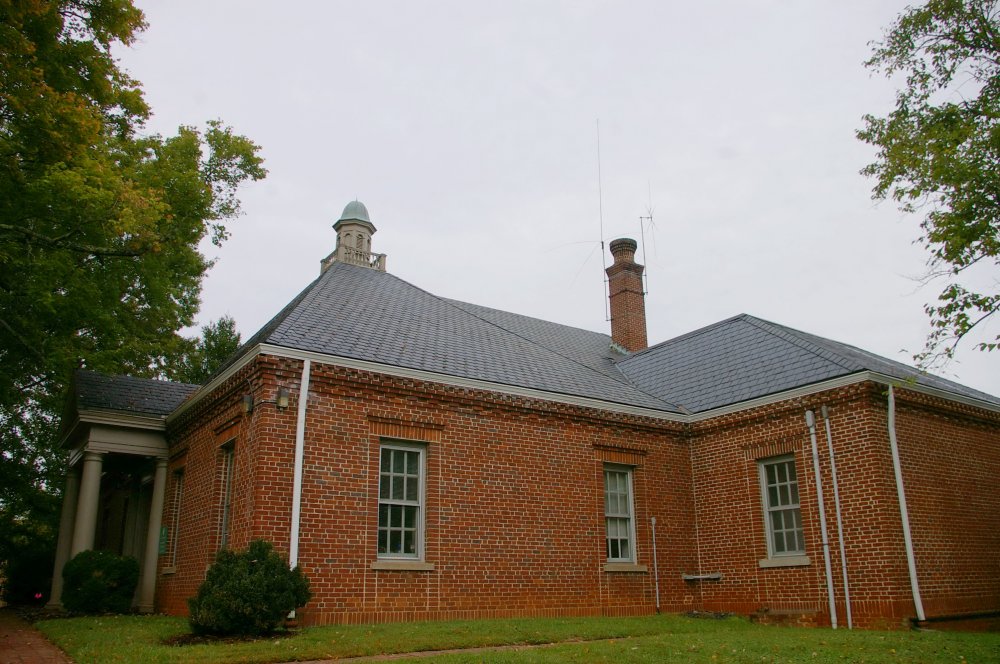 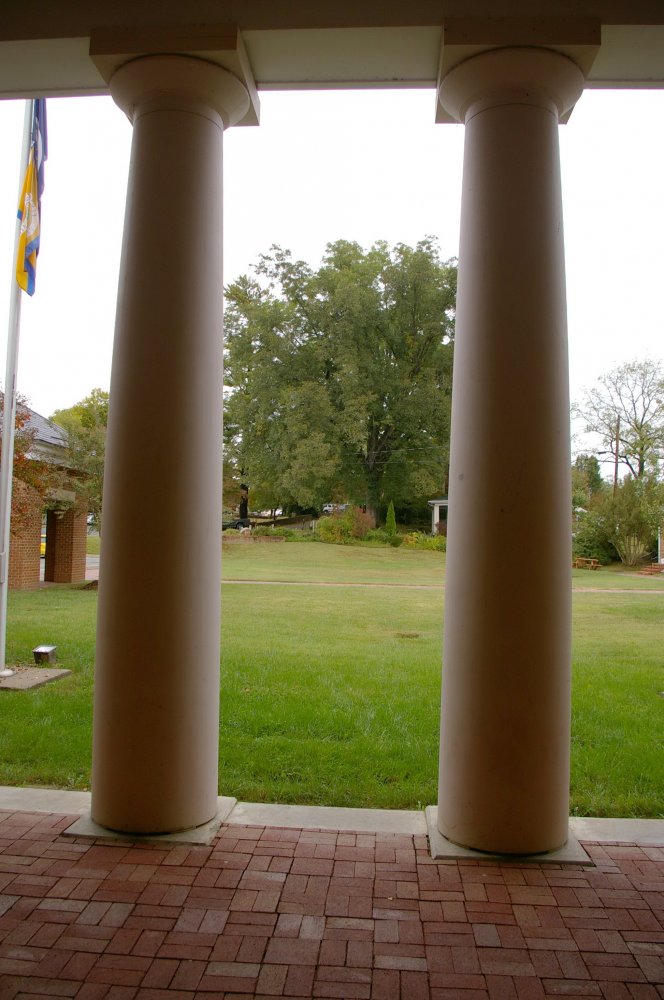 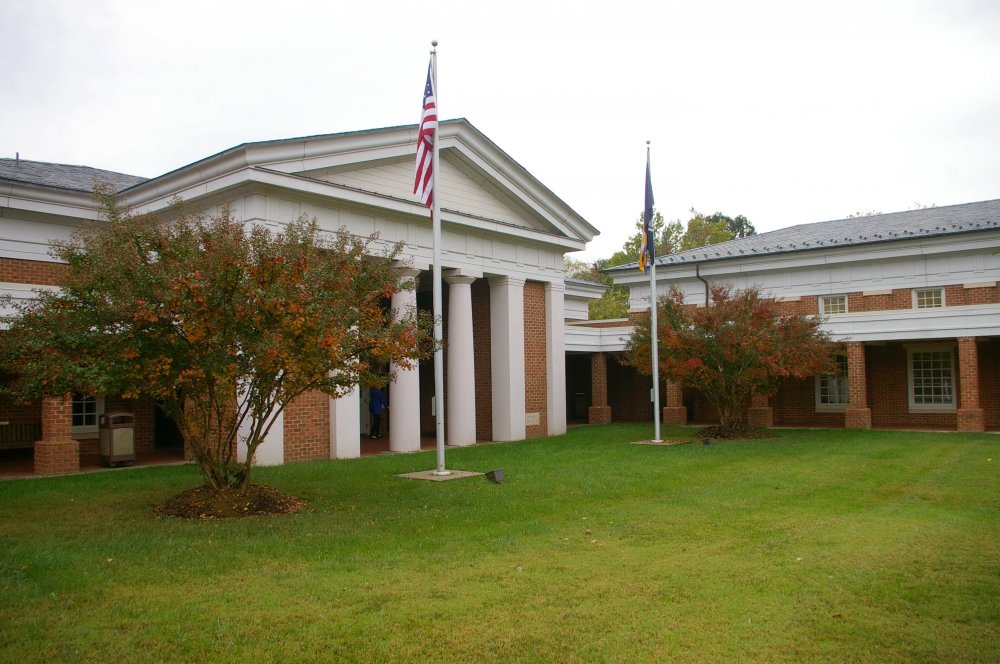 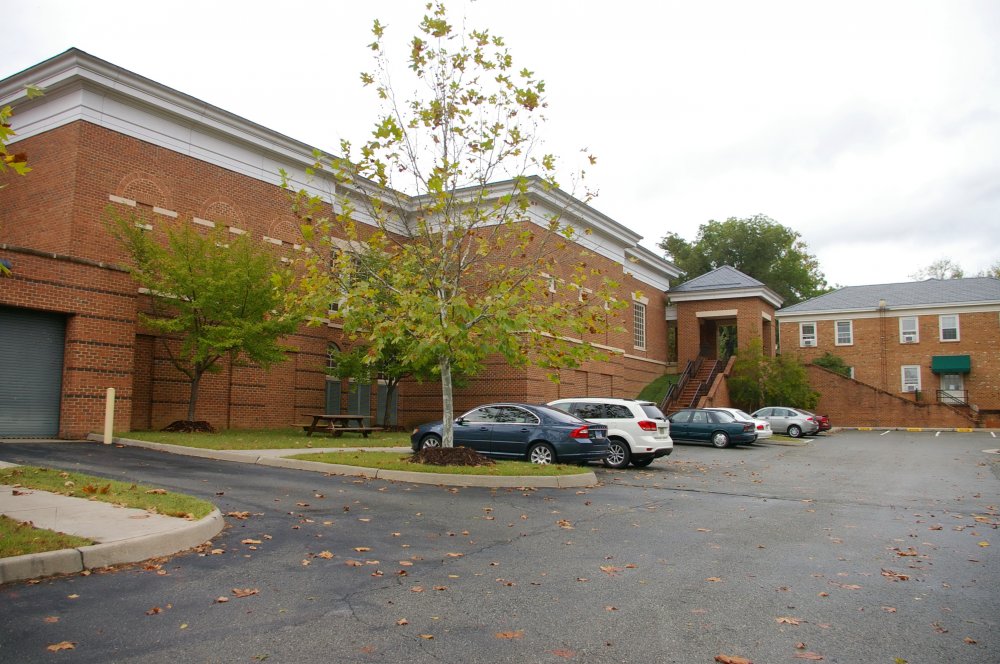 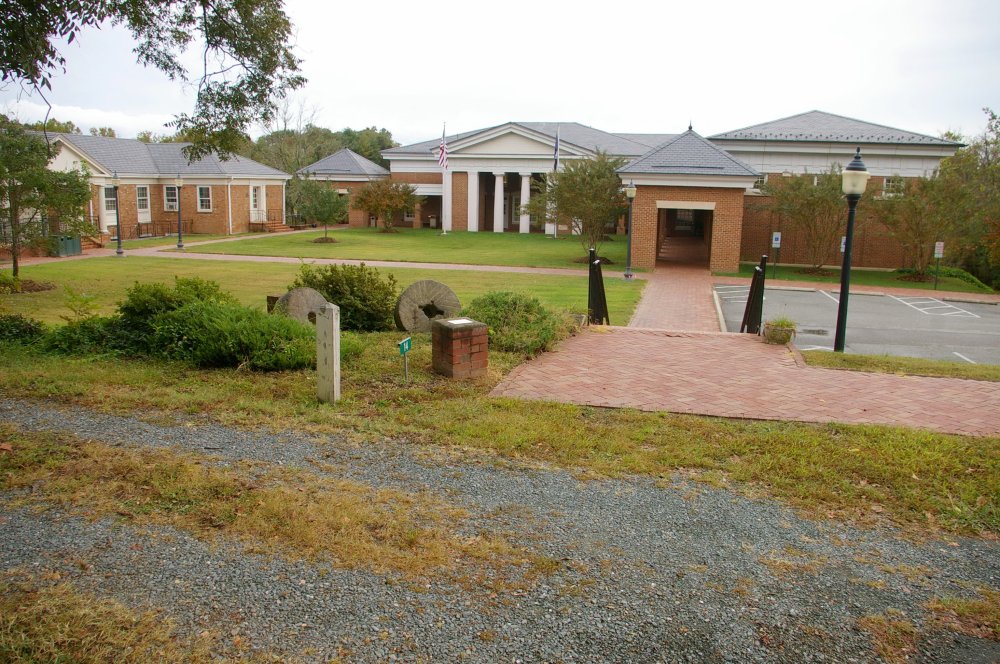 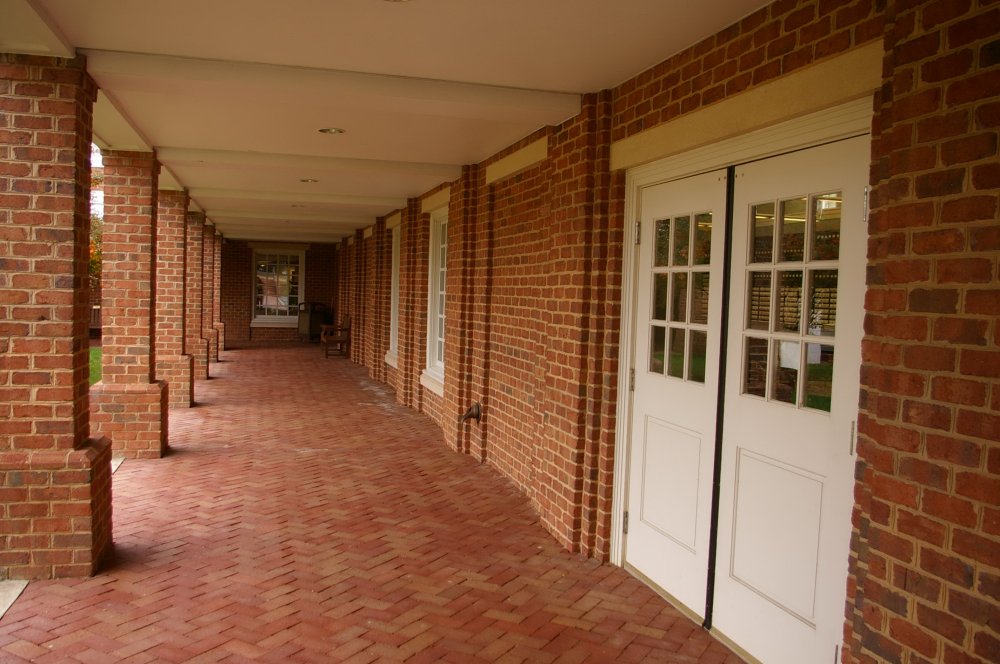 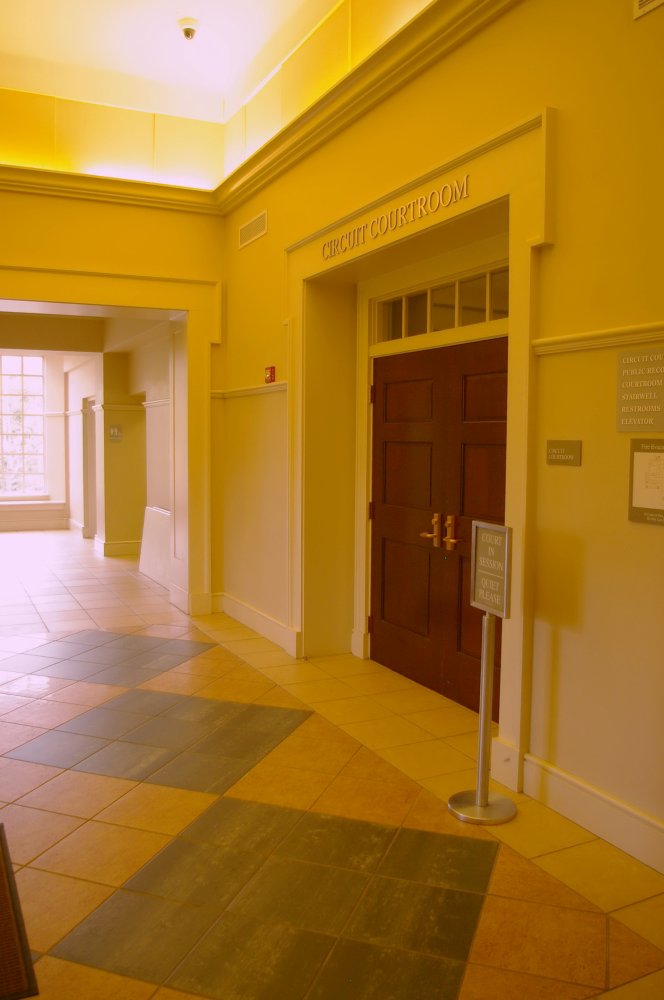