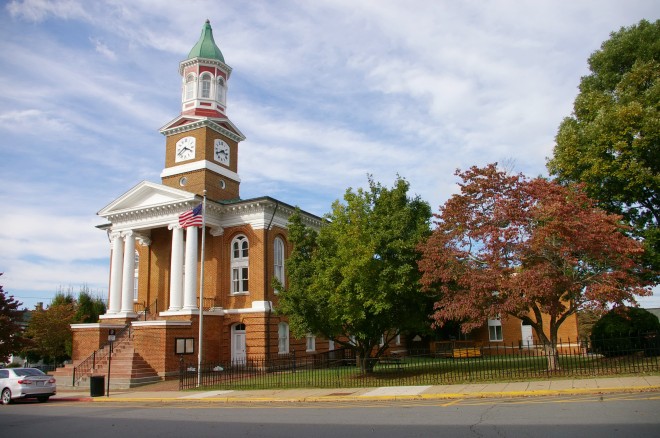 Culpeper County is named for Thomas Culpeper, who was an English Lord.

Description:  The building faces south and is a two story red colored brick structure. The rectangular shaped building is located on landscaped grounds in the center of Culpeper. The south front has steps rising to a second story portico supported by four white colored columns rising to a pediment at the roof line. Behind the pediment is a high square brick clock tower with octagonal cupola and steep green colored roof at the top. The second story windows are arched. On the north side is a modern rectangular three story red brick structure constructed in 1973 to 1974 which houses the courts. The roof line is flat. The building houses the Circuit Court, General District Court and Juvenile Court of the 16th Judicial District. The main entrance is on West Cameron Street. The County Sheriff’s Office is housed in an old red colored brick building on the east side. 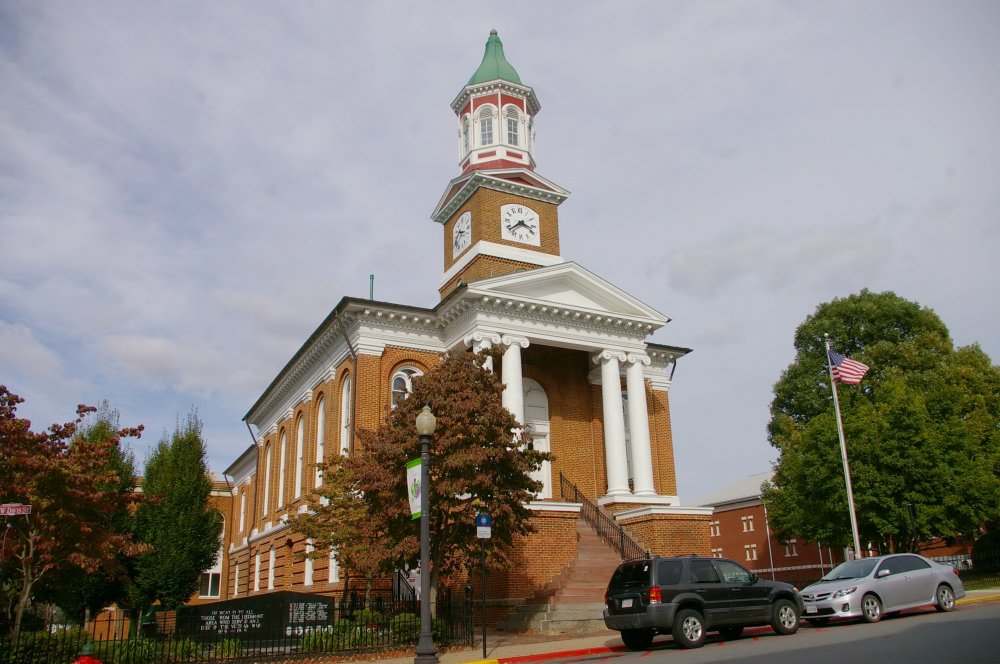 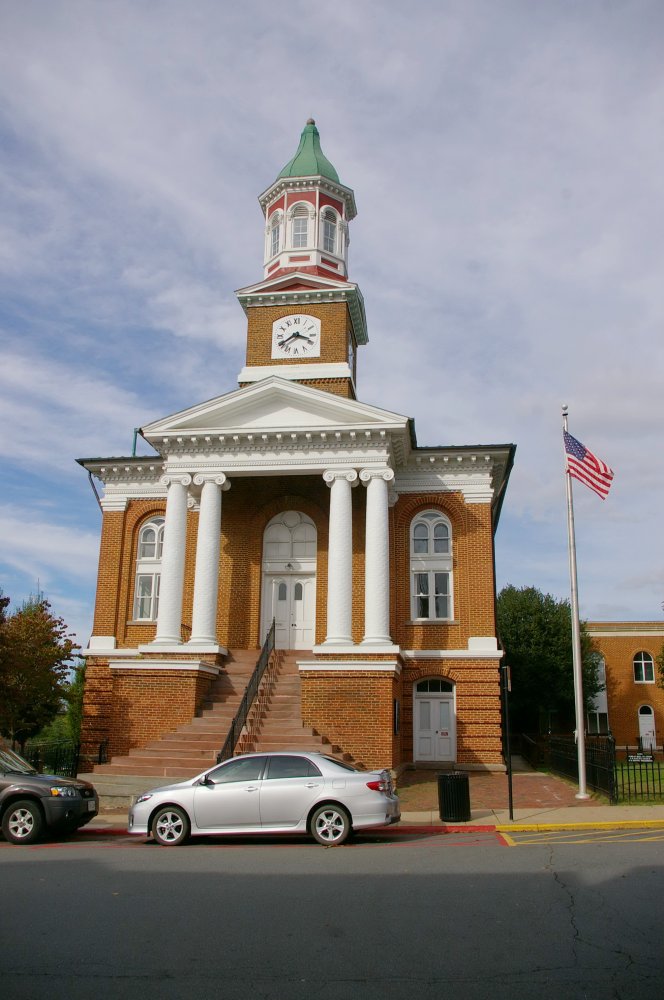 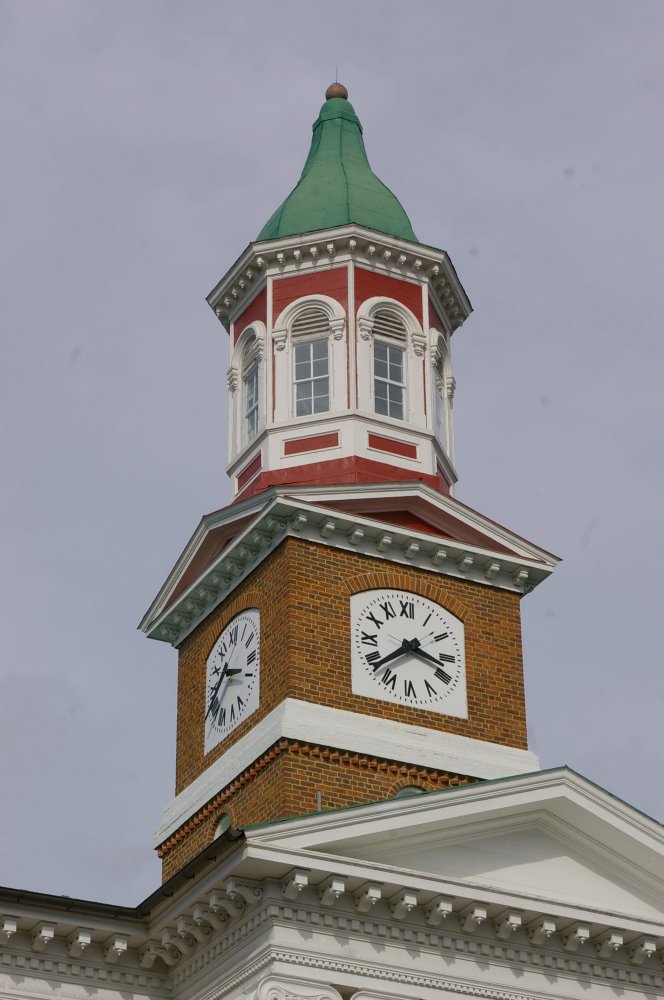 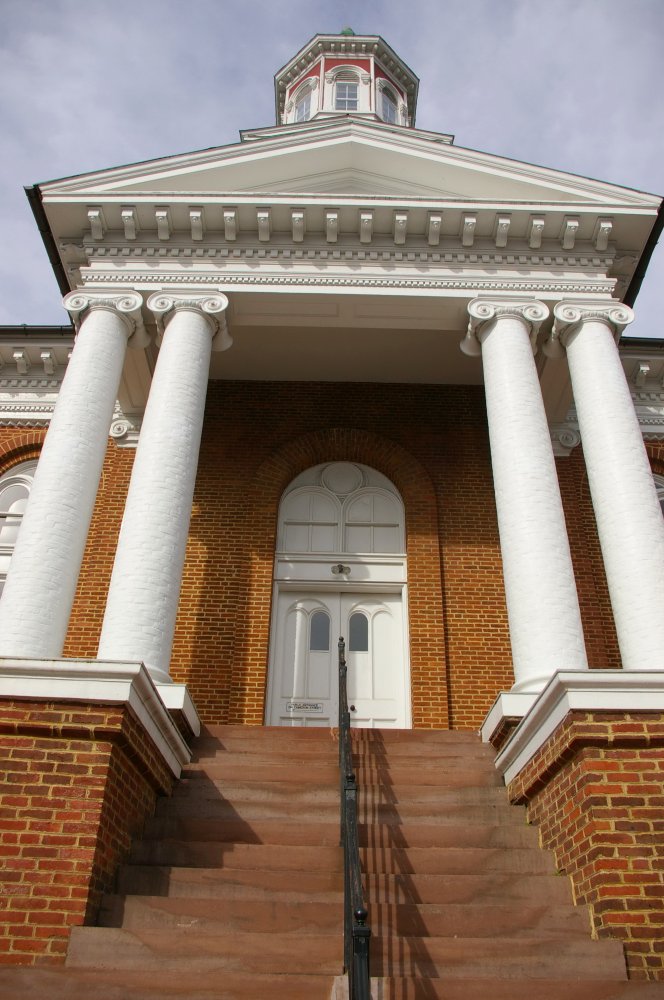 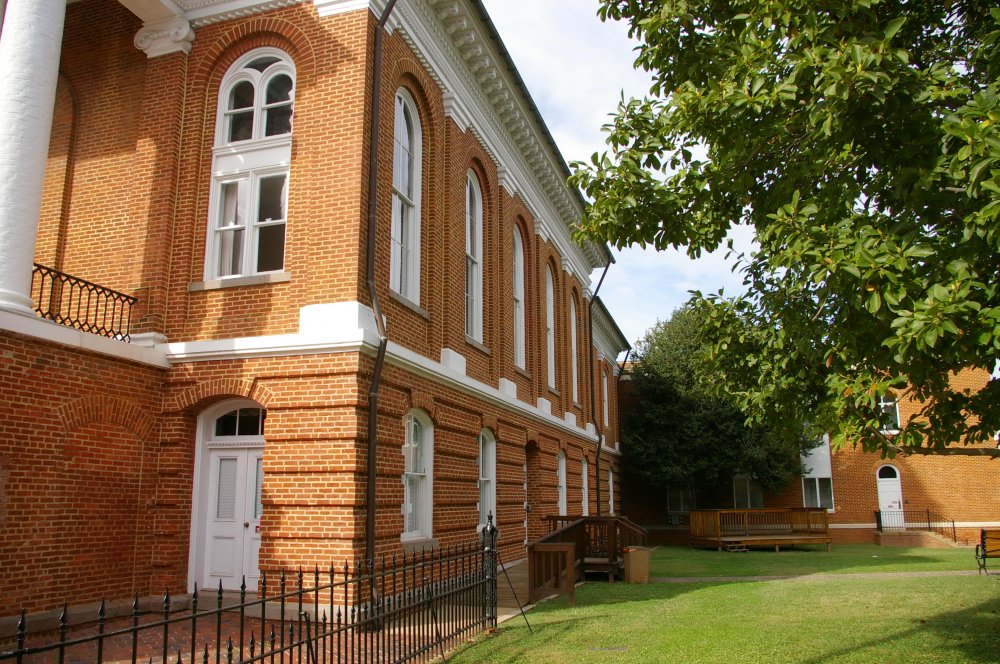 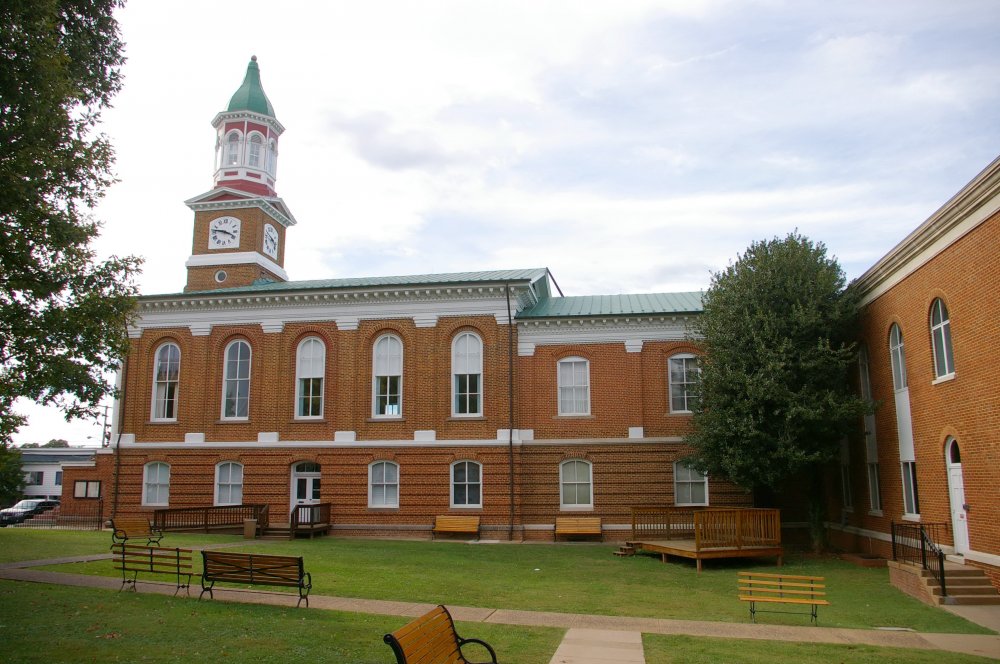 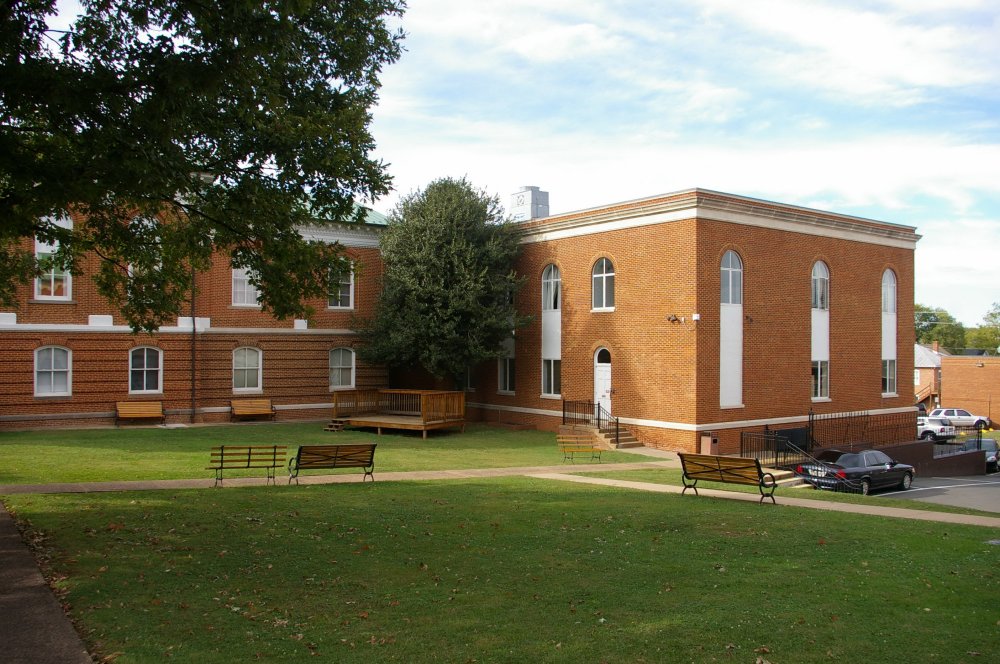 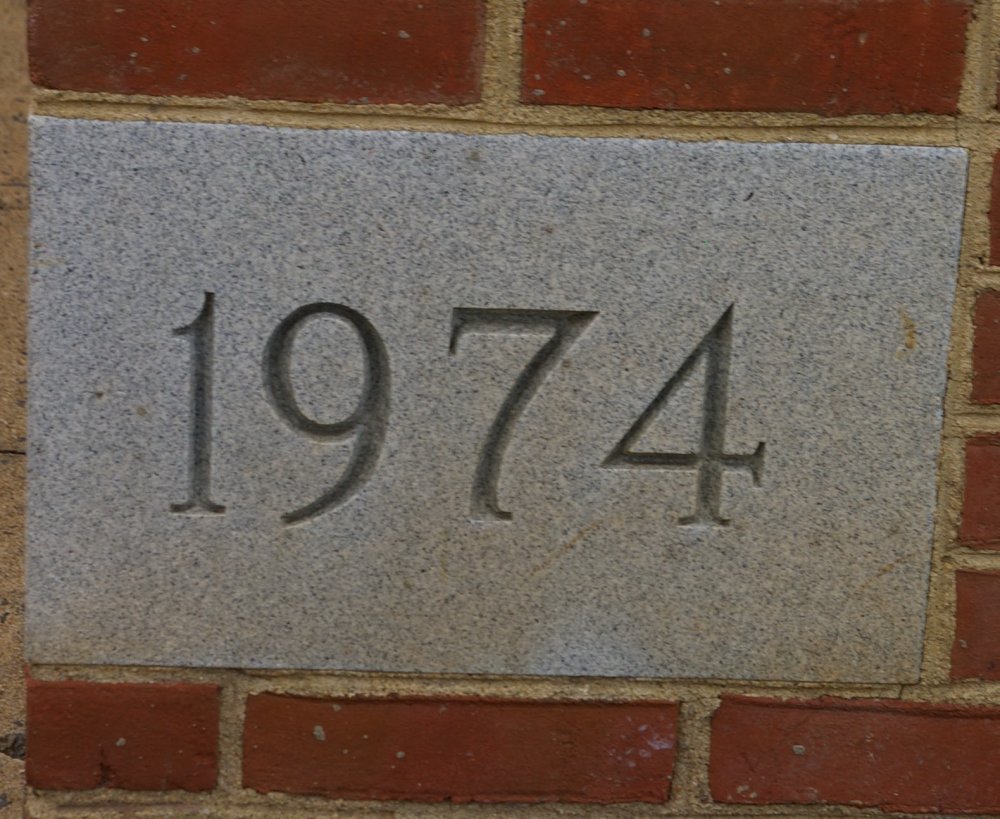 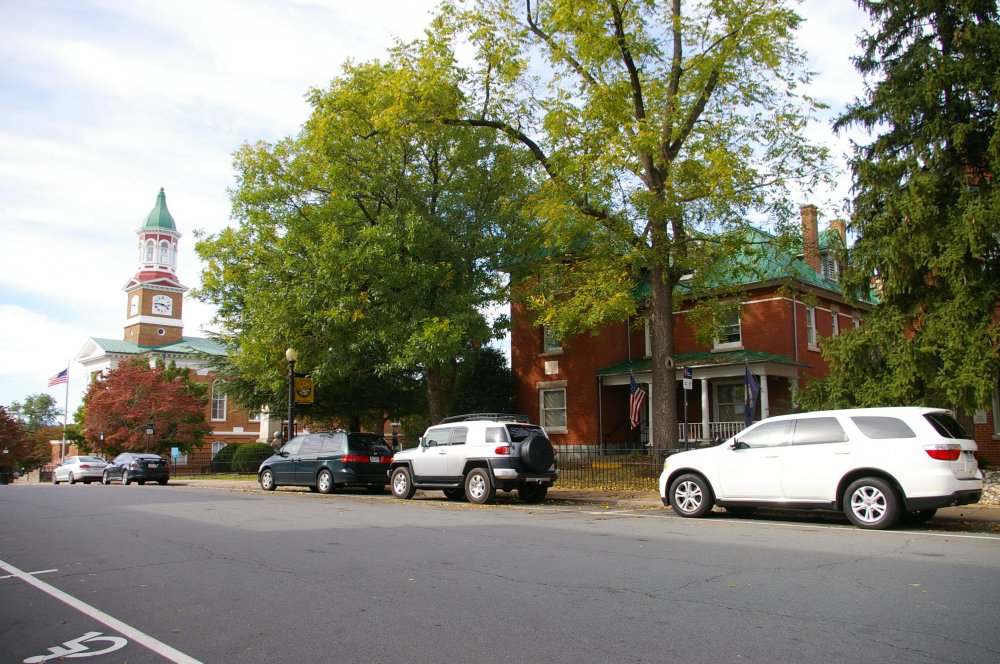