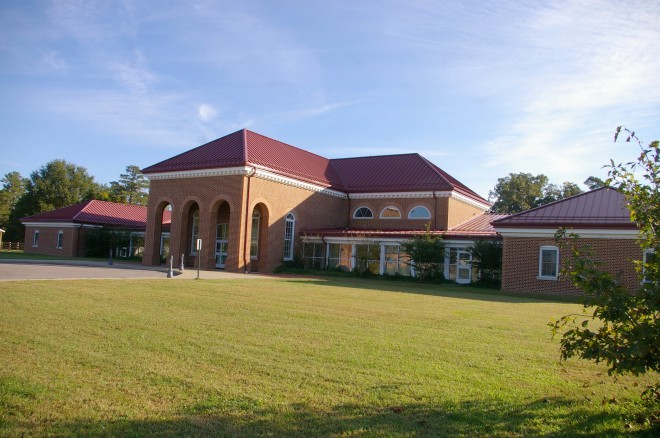 Charles City County is named for Prince Charles, who was the second son of King James I of England and later became King Charles I.

Description:  The building faces west and is a two story buff colored brick, concrete and glass structure. The building is located on spacious landscaped grounds in the center of Charles City. The west front has a projecting center section with three high arches at the front and two high arches on either side. One story glass paneled sections run north and south from the center section to projecting one story sections. The red colored roof is hipped. The building houses the County Circuit Court, County General District Court and County Juvenile and Domestic Relations Court of the 9th Judicial Circuit.

Note:  The county is one of the original 8 shires in 1634, being Charles City Shire. 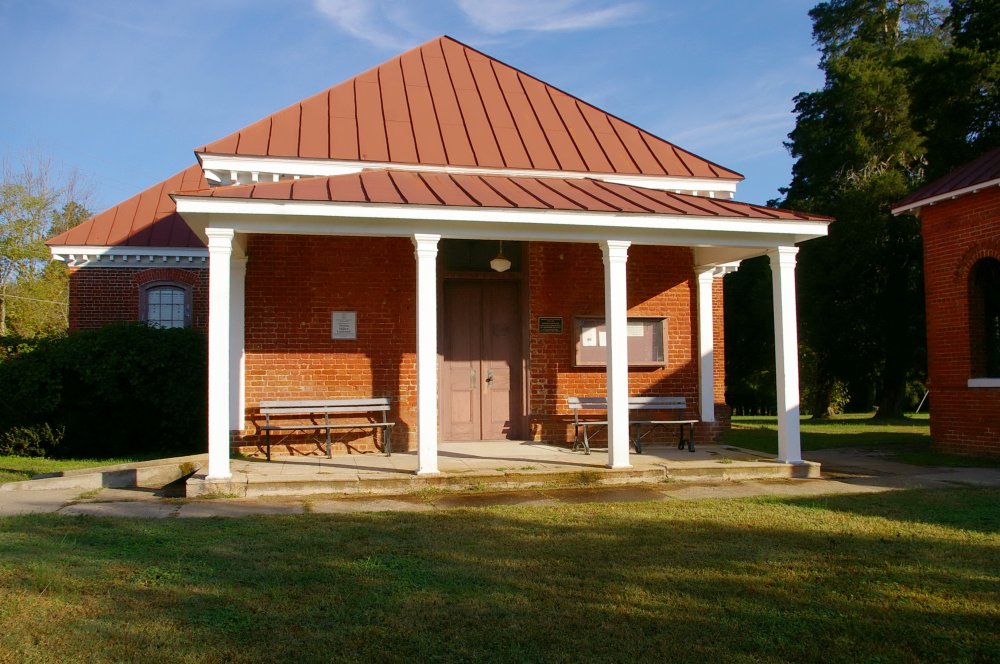 Description:  The building faces south and is a one story red colored brick laid in Flemish bond and wood structure. The building is located on spacious landscaped grounds in the center of Charles City on the north side of the courthouse. The building is “T” shaped. The south front has a porch supported by four pillars. The building has the original modillion cornice.The red colored tin roof is hipped. An addition was built in 1880 and in in 1893 by John Tyler. On the east side is the old Clerk’s Office. 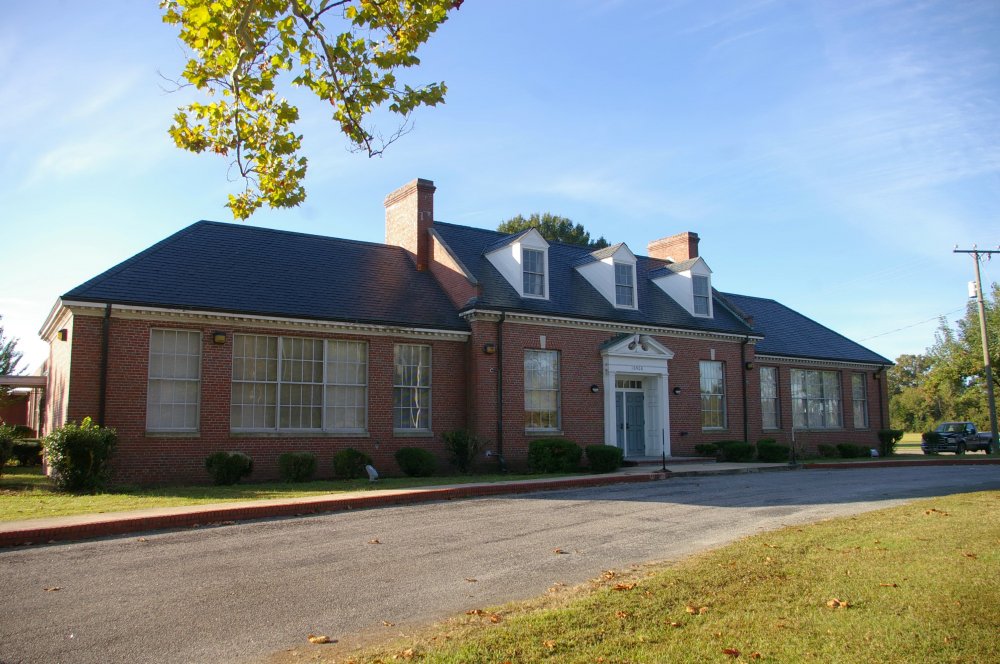 Description:  The building faces north and is a two story buff colored brick, concrete and glass structure. The building is located on spacious landscaped grounds in the center of Charles City to the west of the courthouse. The north front has a central entrance with white colored framed doorway. On the roof are three large dormers. The east and west wings are one story. 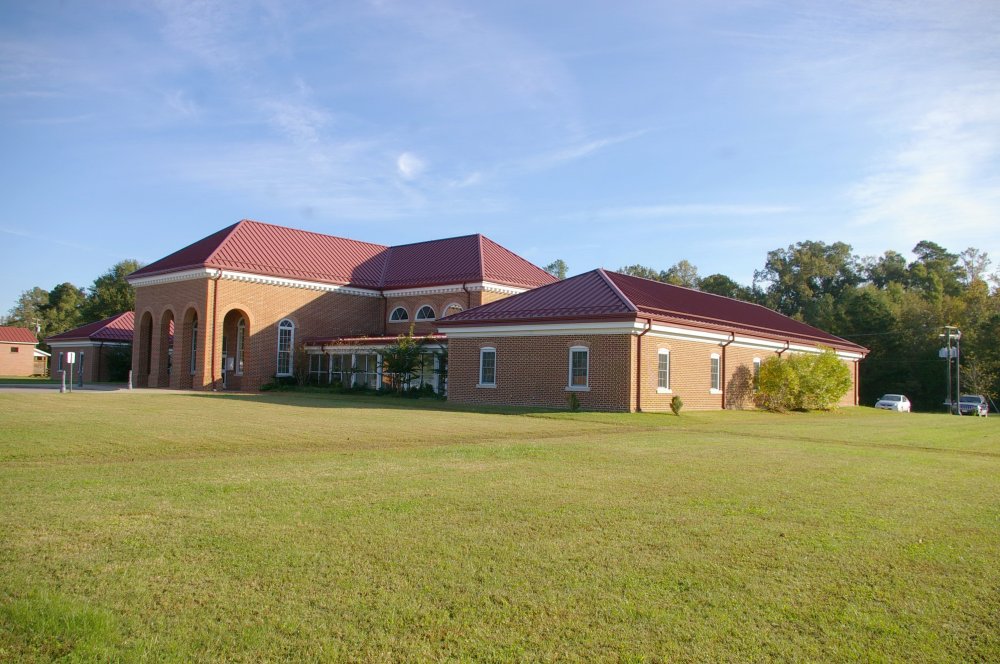 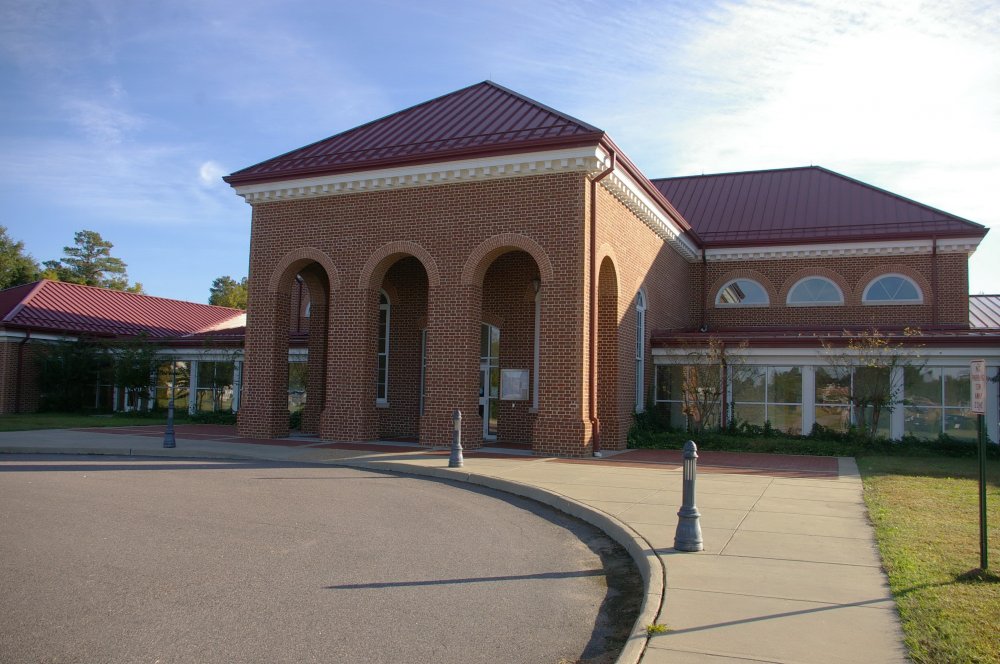 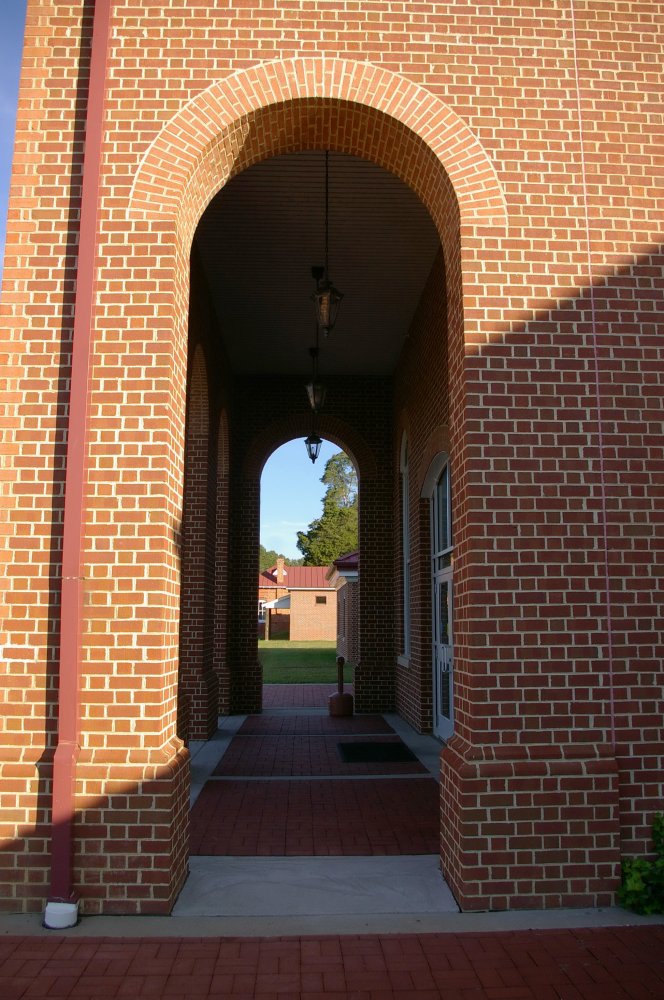 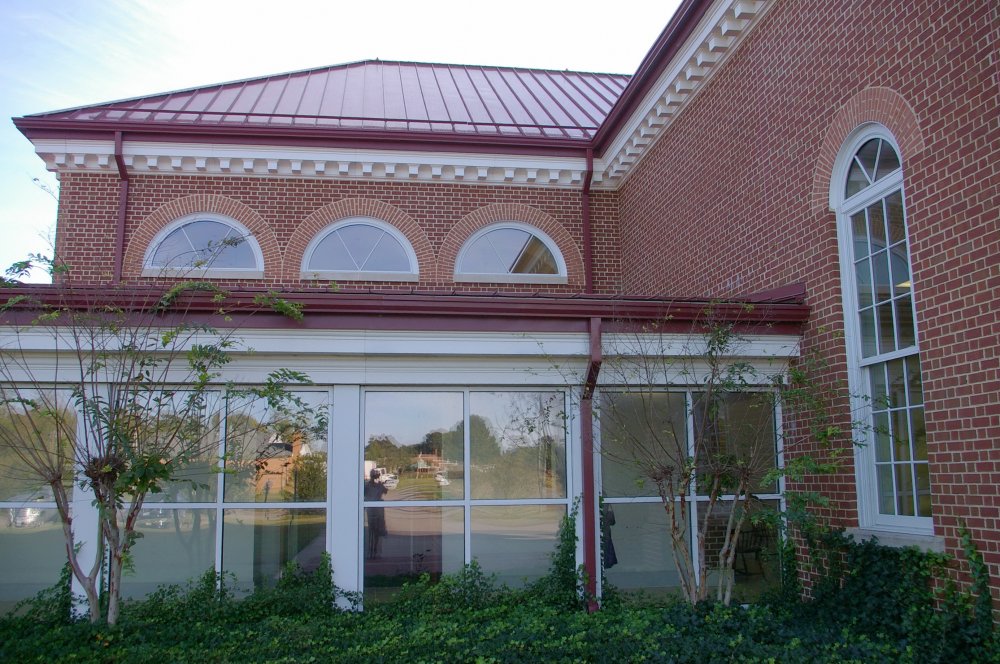 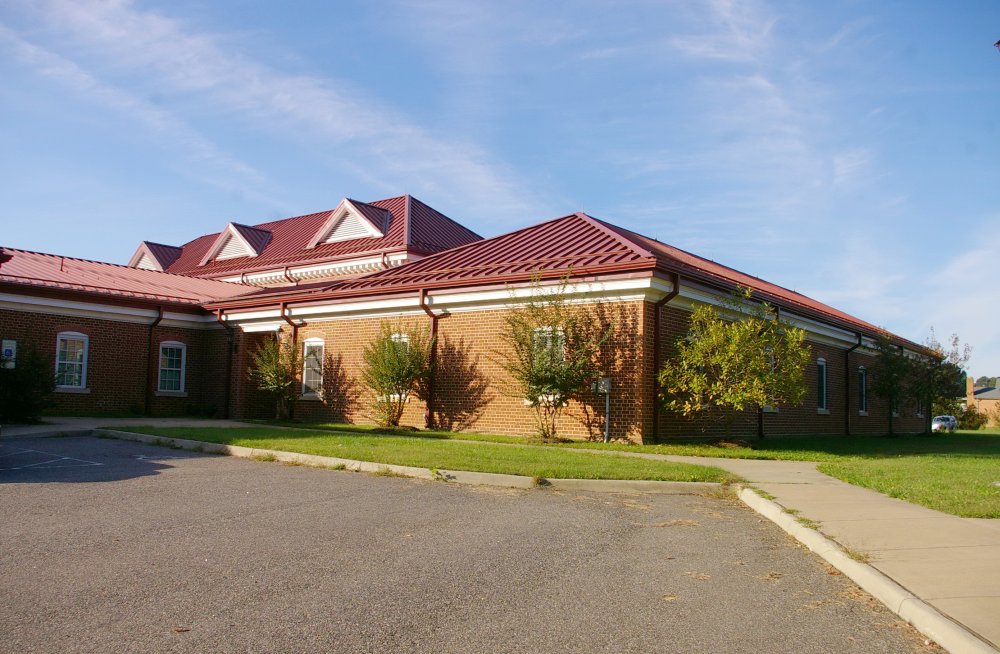 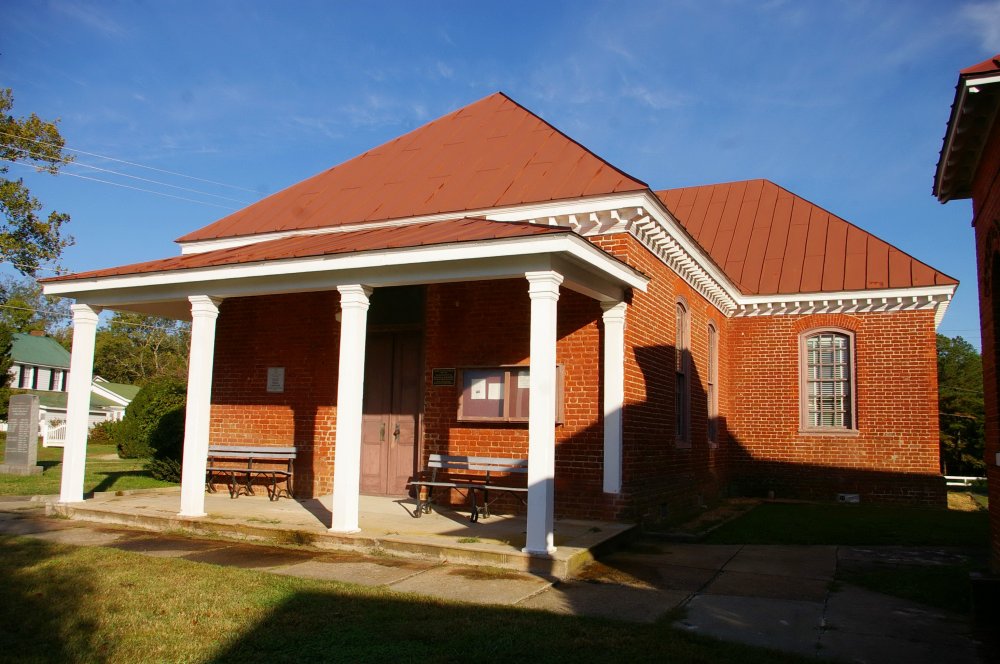 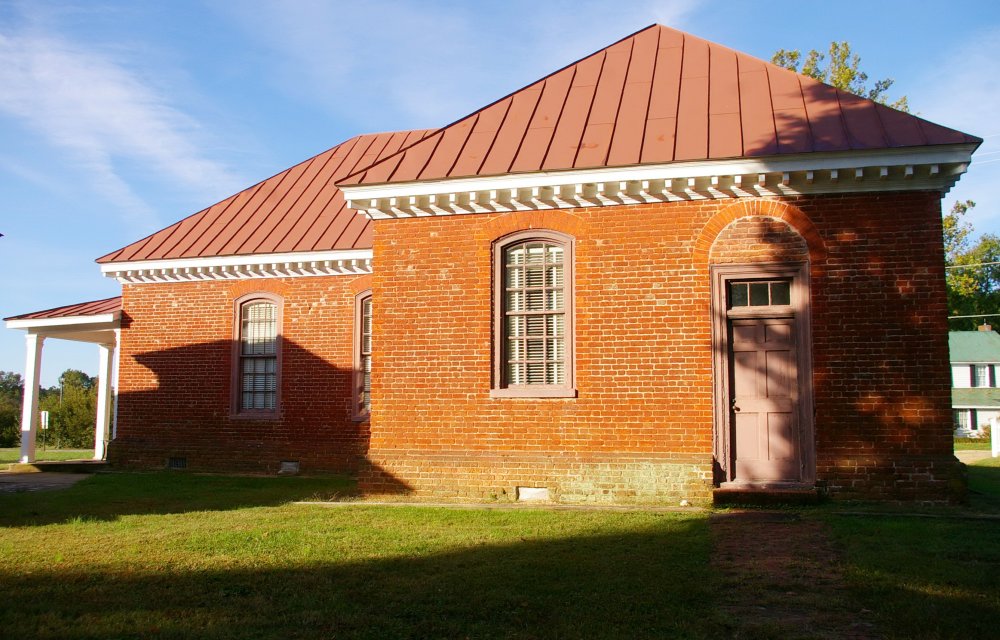 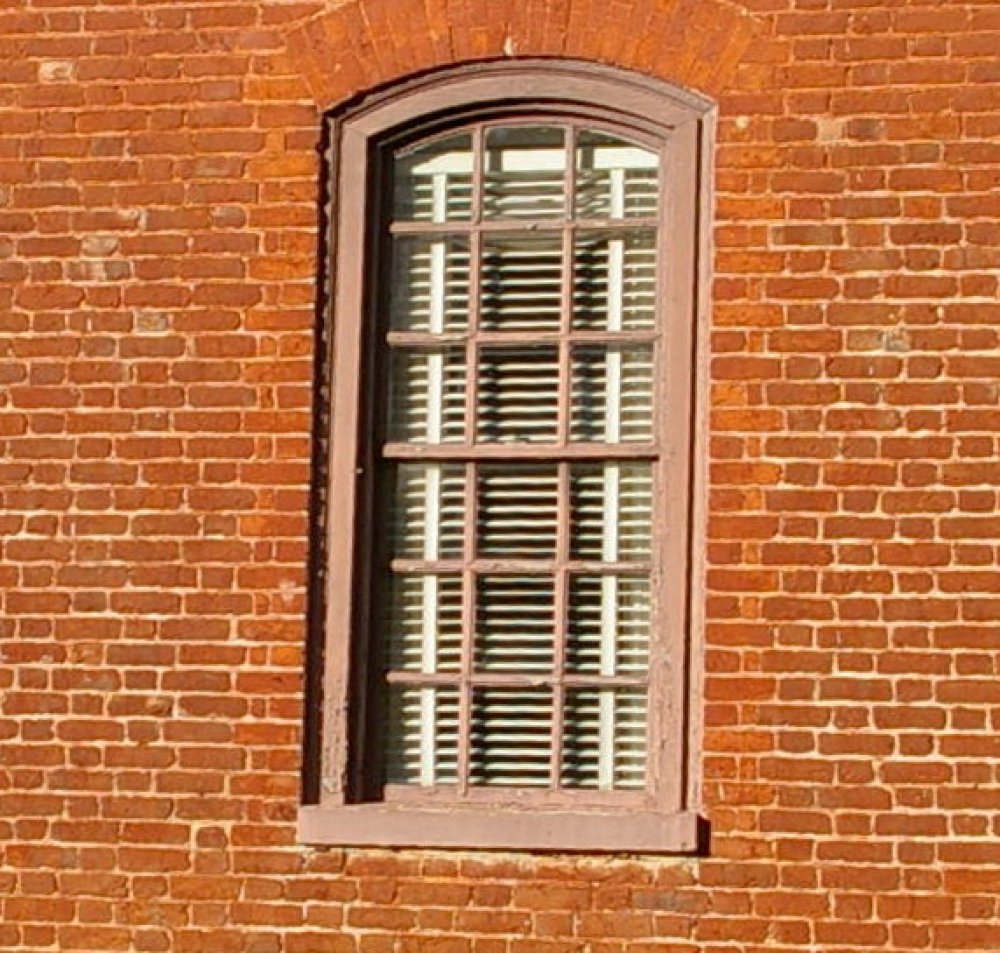 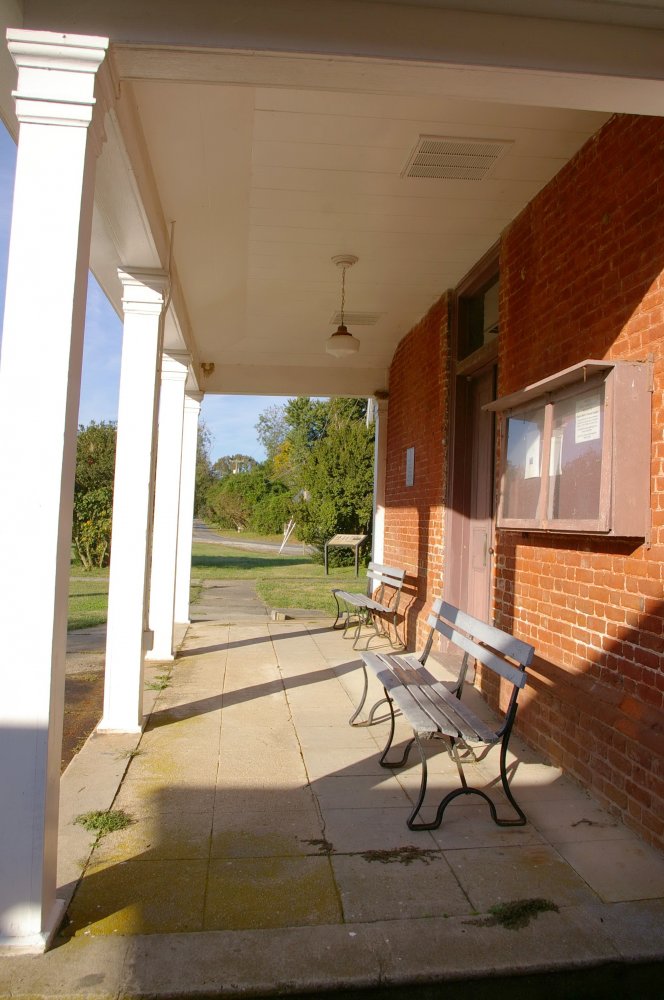 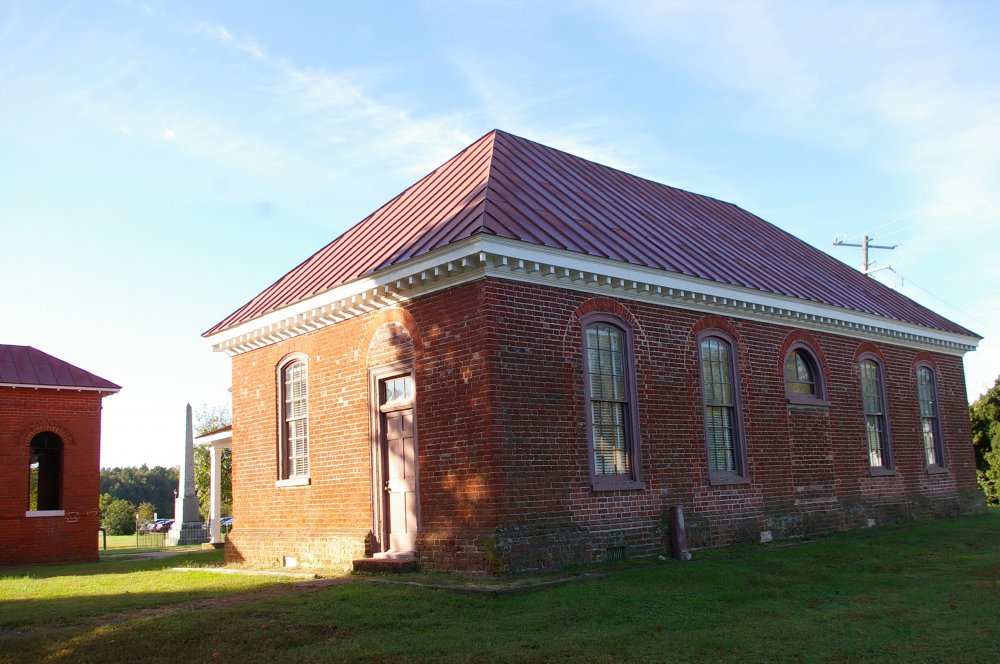 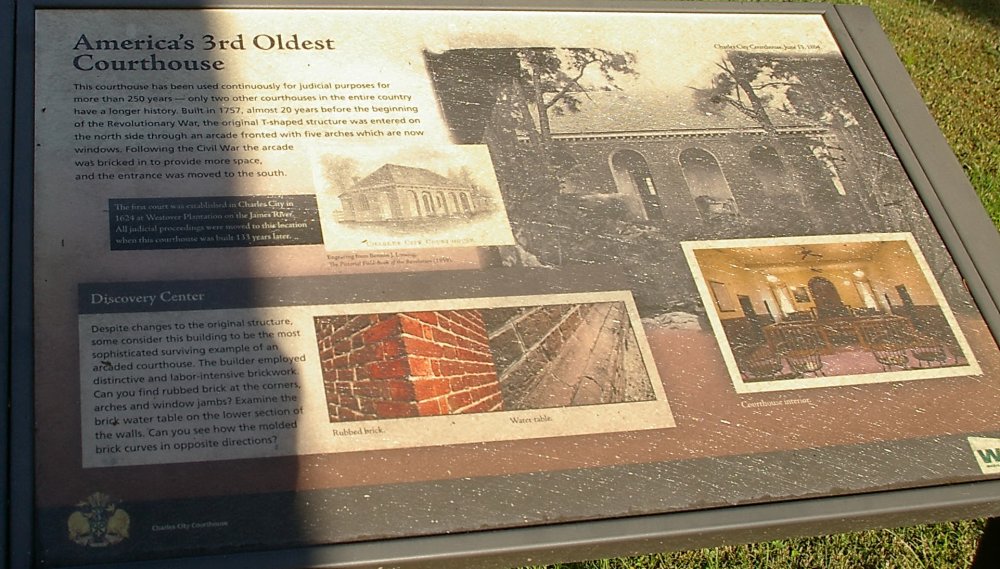 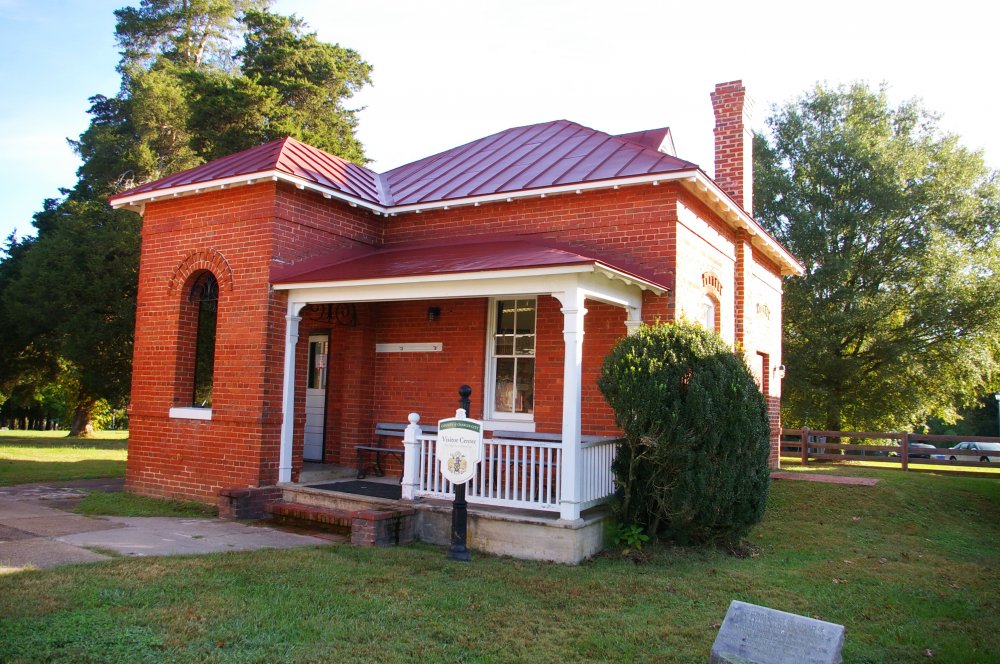