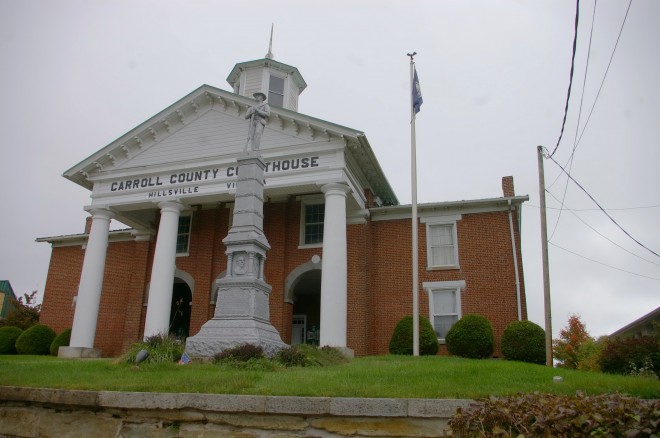 Description:  The building faces southwest and is a two story red colored brick and stone structure. The building is located on landscaped grounds in the center of Hillsville. The shape of the building is a “T” with north and south wings. The . The southwest front has a large portico with four white colored columns rising to a pediment at the roof line. There are three stone trimmed arches with stair cases in the outside arches. The window headers are stone. On the center of the roof is an octagonal white colored wood cupola. The roof is pitched. In the interior, the former courtroom was located on the second story. The courthouse is now the Carroll County Historical Courthouse. 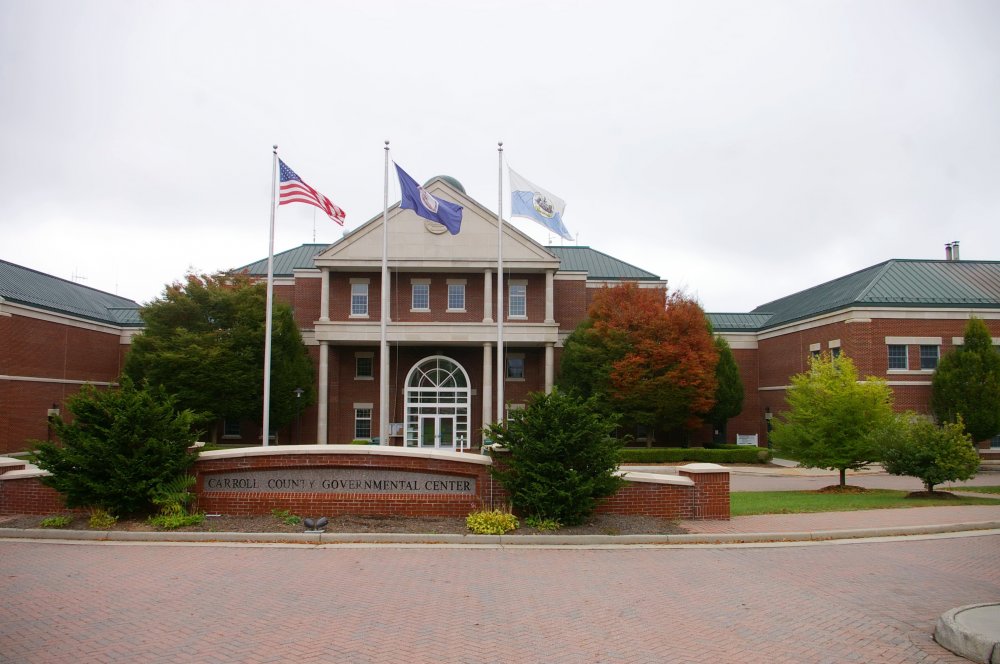 Description:  The buildings face west and are two story red colored brick and concrete structures. The complex consists of three buildings located in the center of Hillsville. The center building has a wide portico with arched entrance on the first story. There is a balcony on the second story and a pediment at the roof line. There is a square building on the north side and another on the south side, and the buildings are connected to the center building. All the building have green colored roofs. The building houses the County Circuit Court, County General District Court and County Juvenile and Domestic Relations Court of the 27th Judicial Circuit and the City of Galax Circuit Court.. The buildings are named as the Carroll County Government Center. 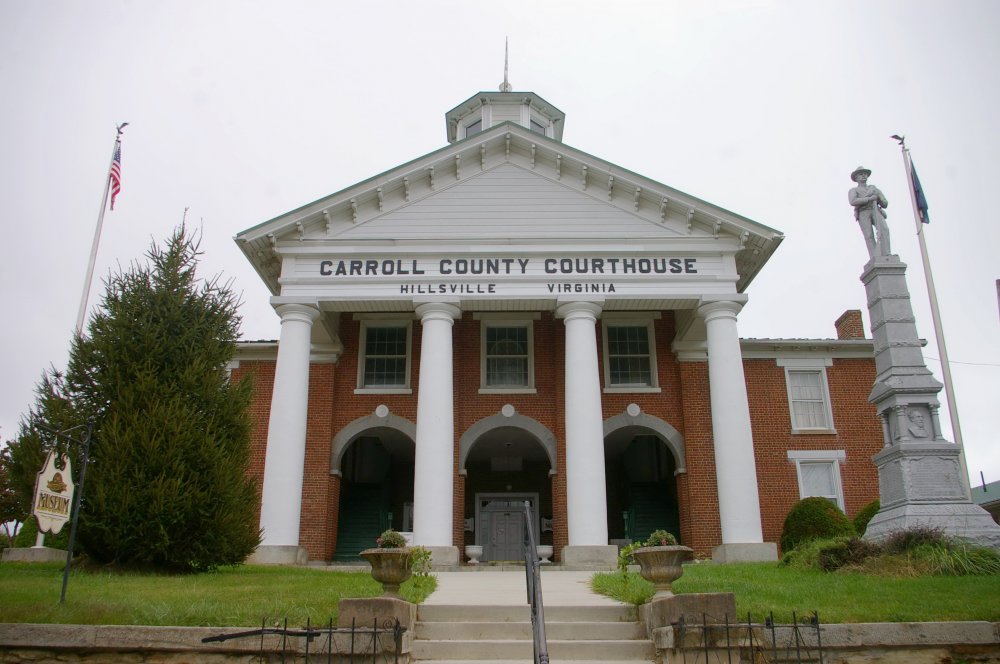 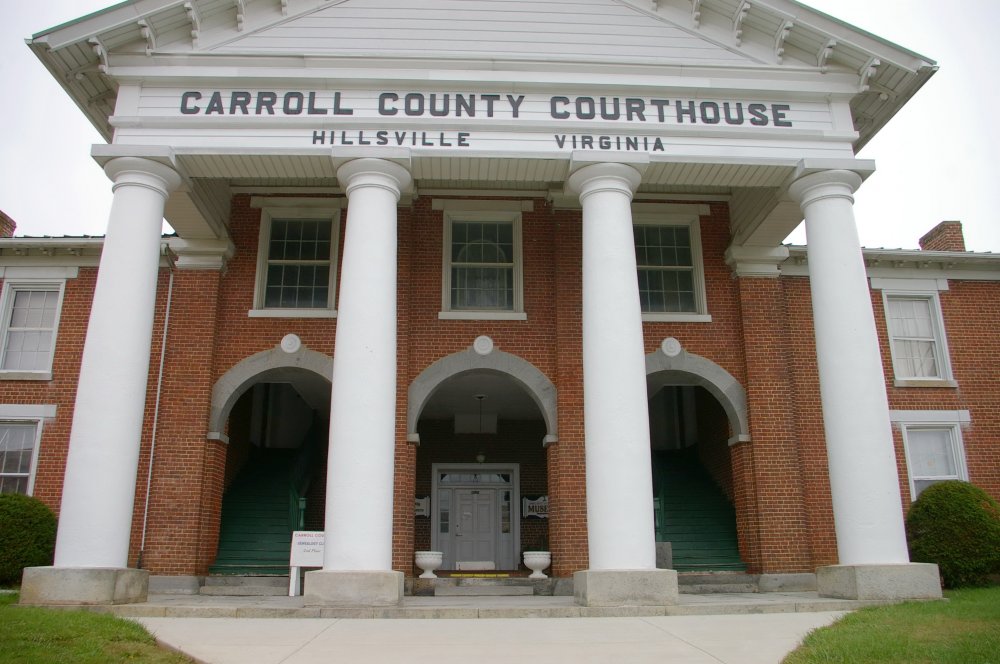 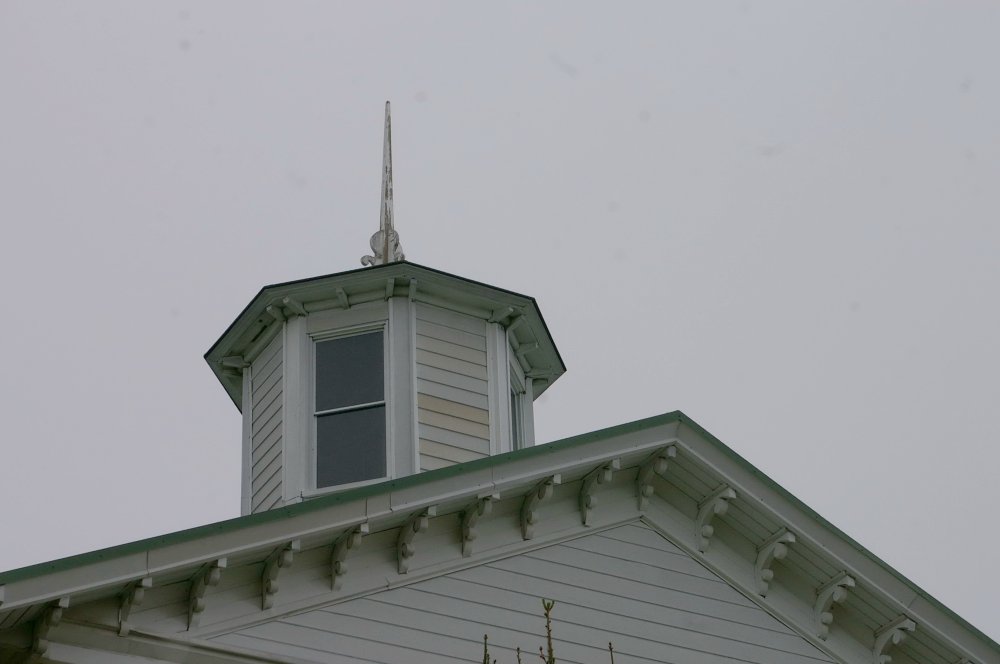 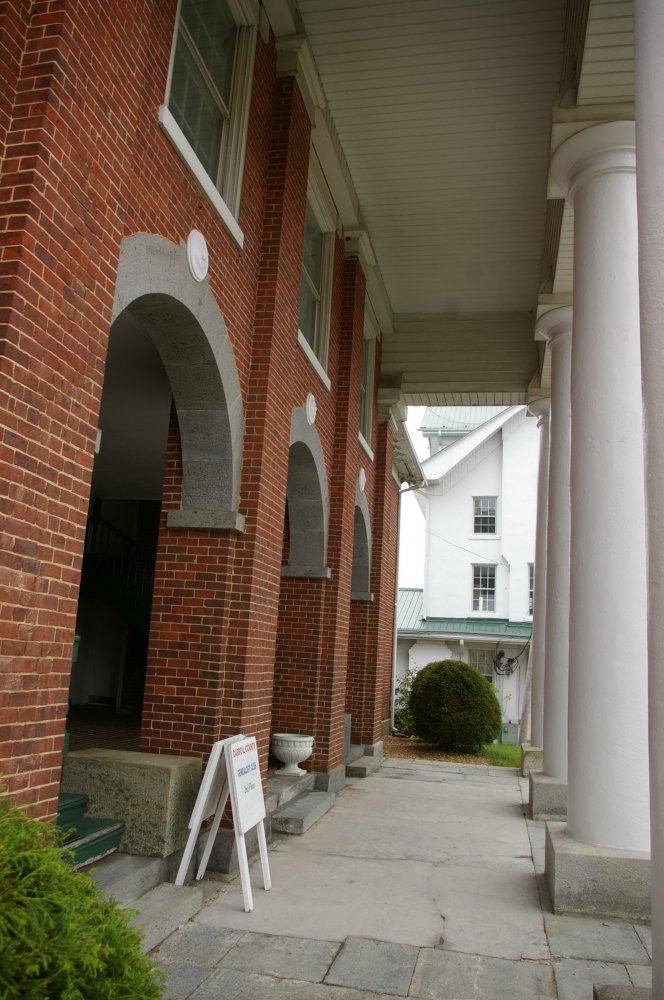 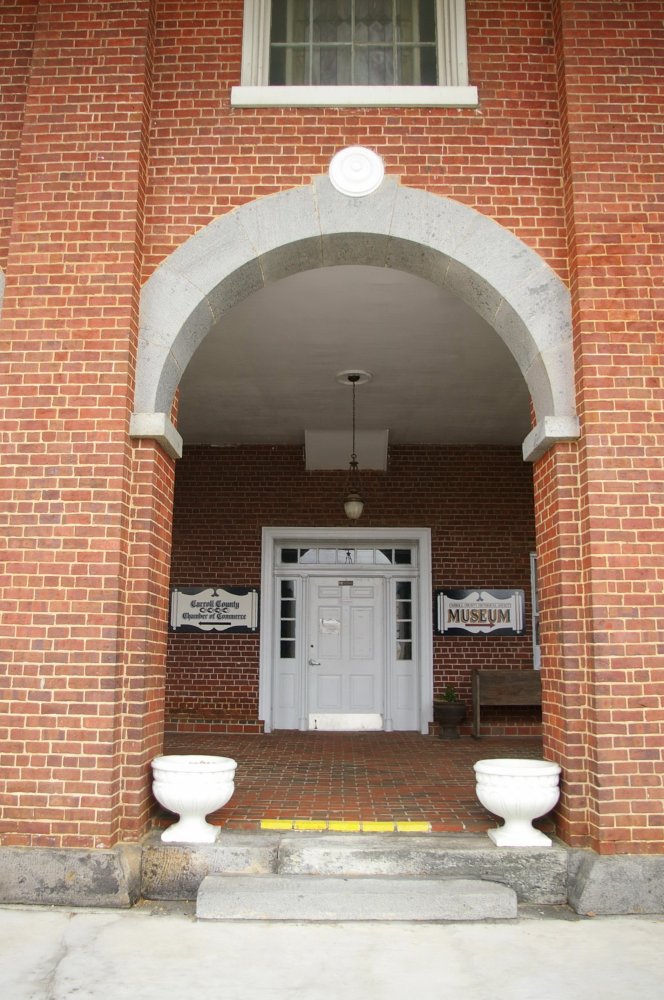 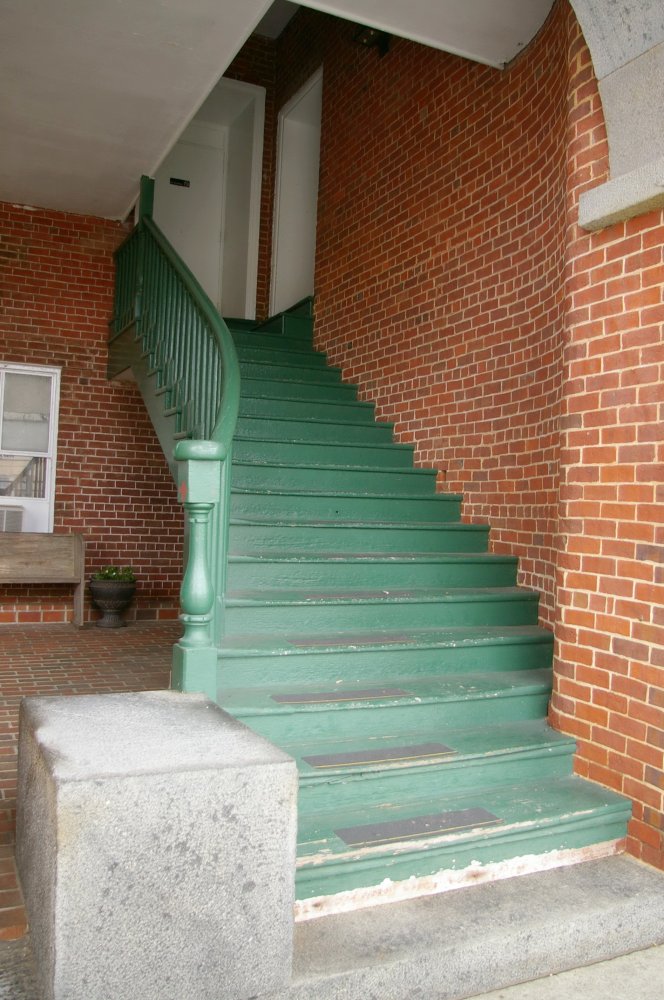 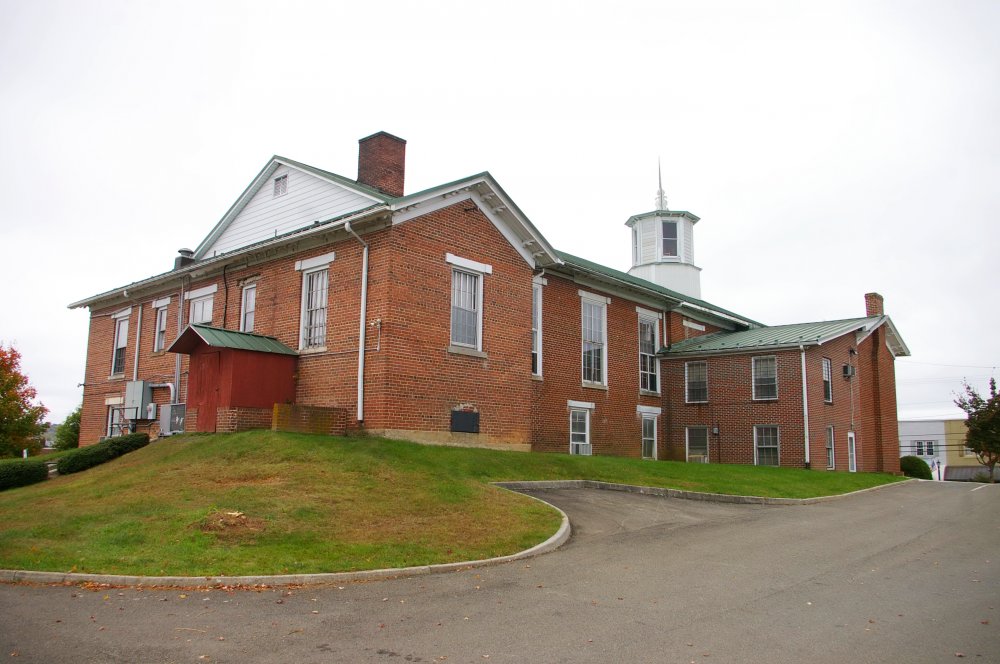 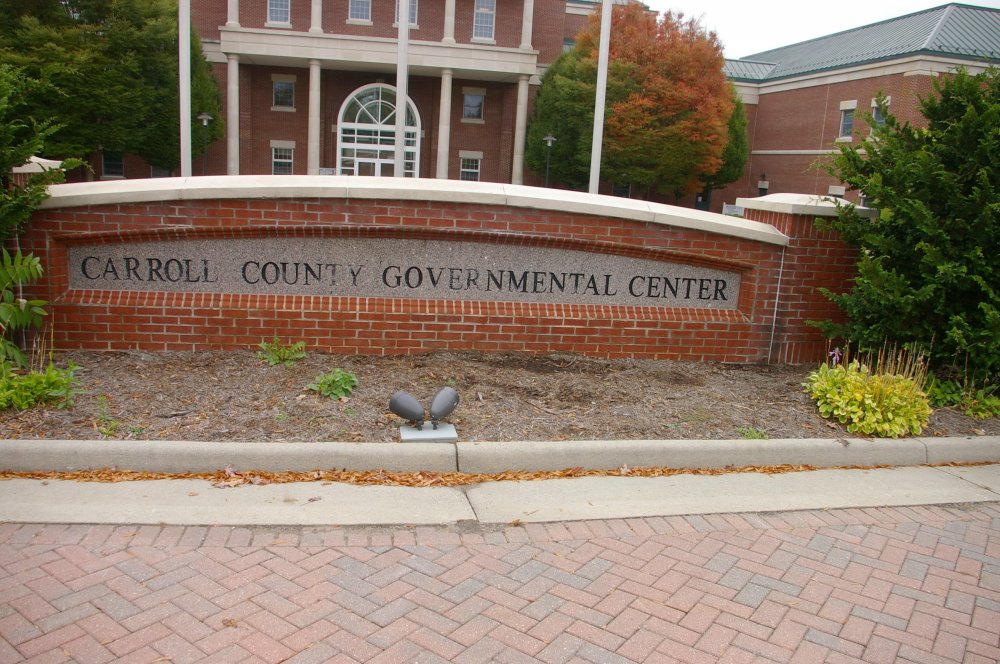 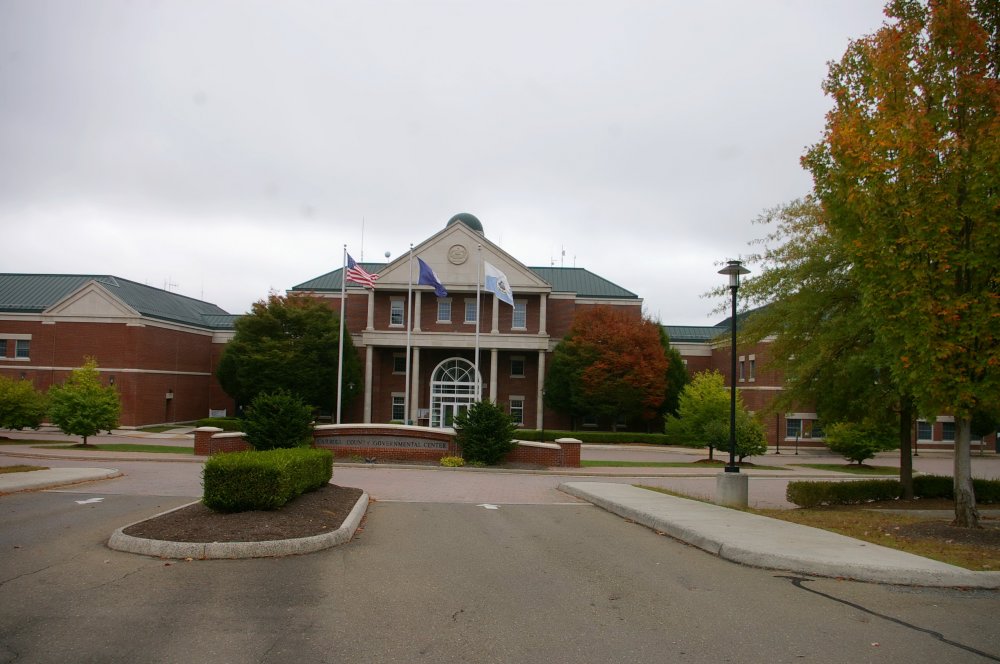 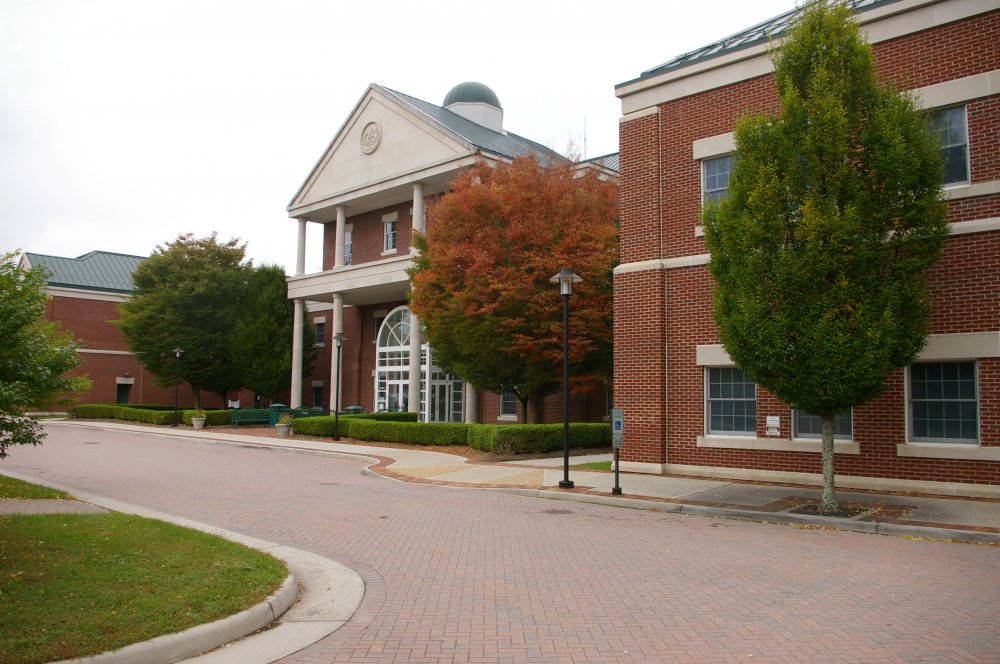 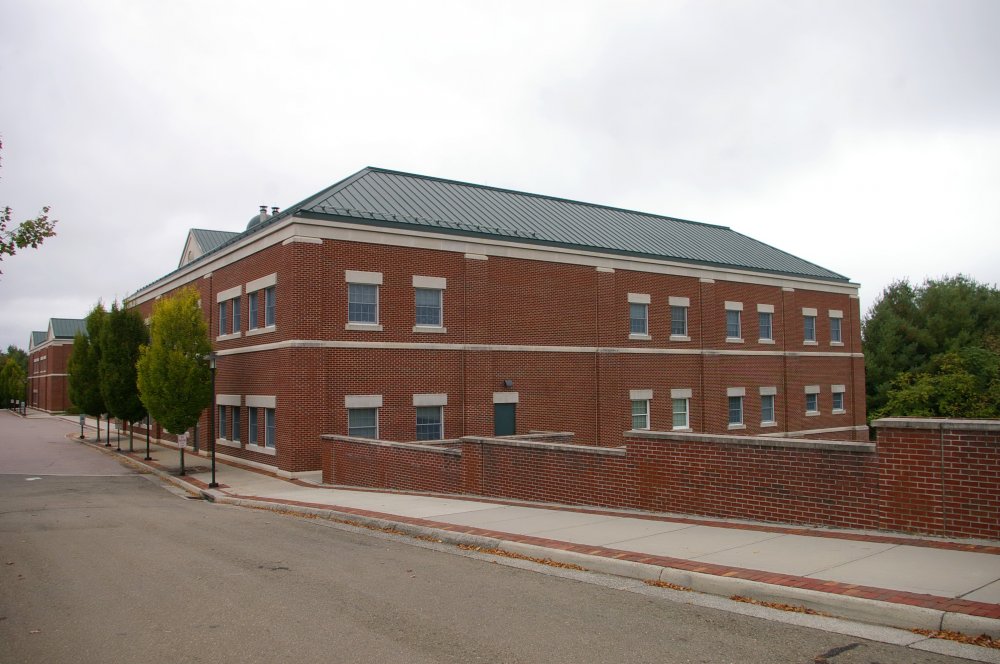 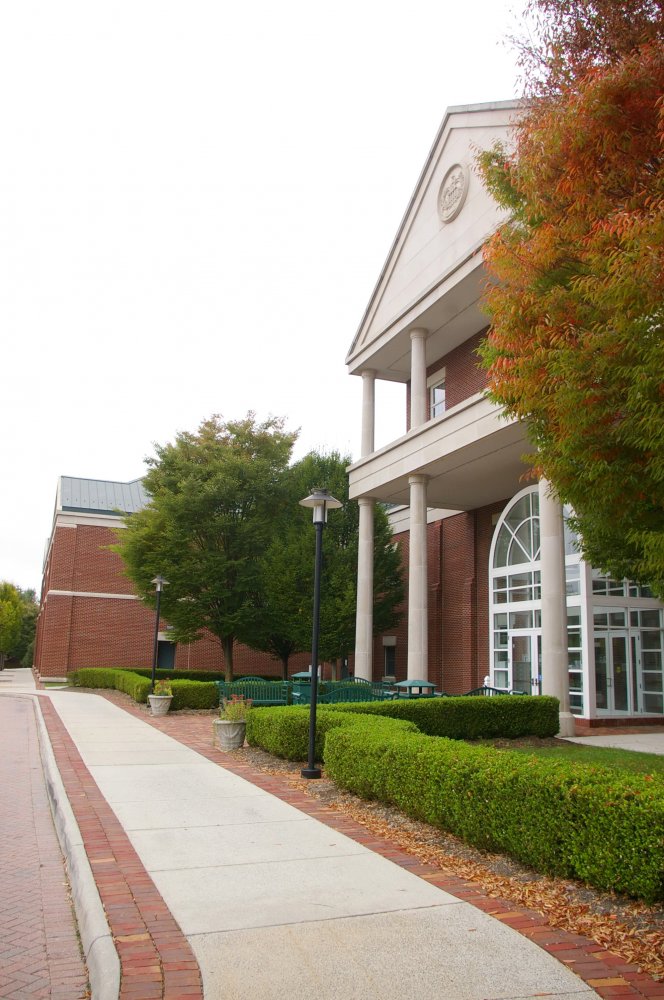 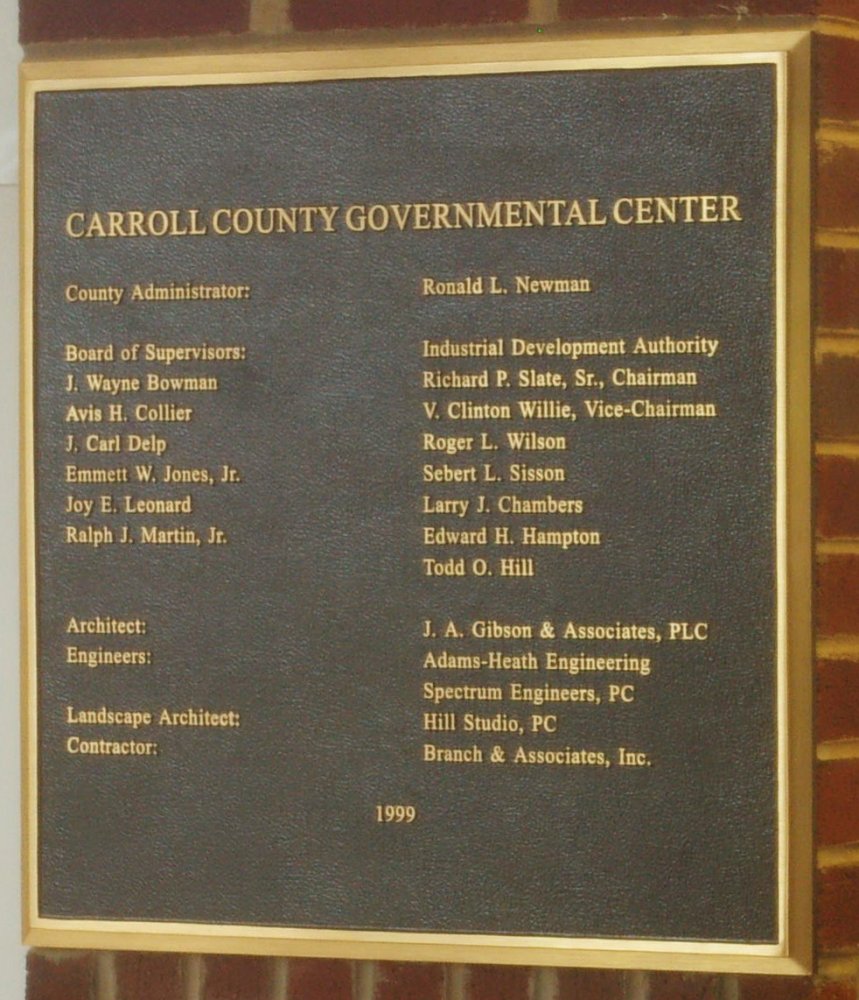