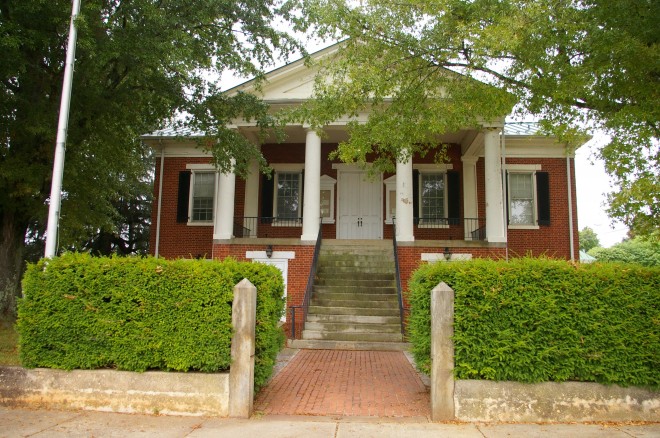 Campbell County is named for William Campbell, who was a general during the American Revolutionary War and was at the Battle of Kings Mountain in 1780.

Description:  The building faces southeast and is a two story red colored brick structure. The building is “T” shaped with the south front having a large portico with four white colored Doric columns rising to a wide pediment at the roof line. Stairs ascend to the second story entrance which is framed with white colored wood. On the center of the roof is an octagonal cupola with green colored dome. The roof is hipped. 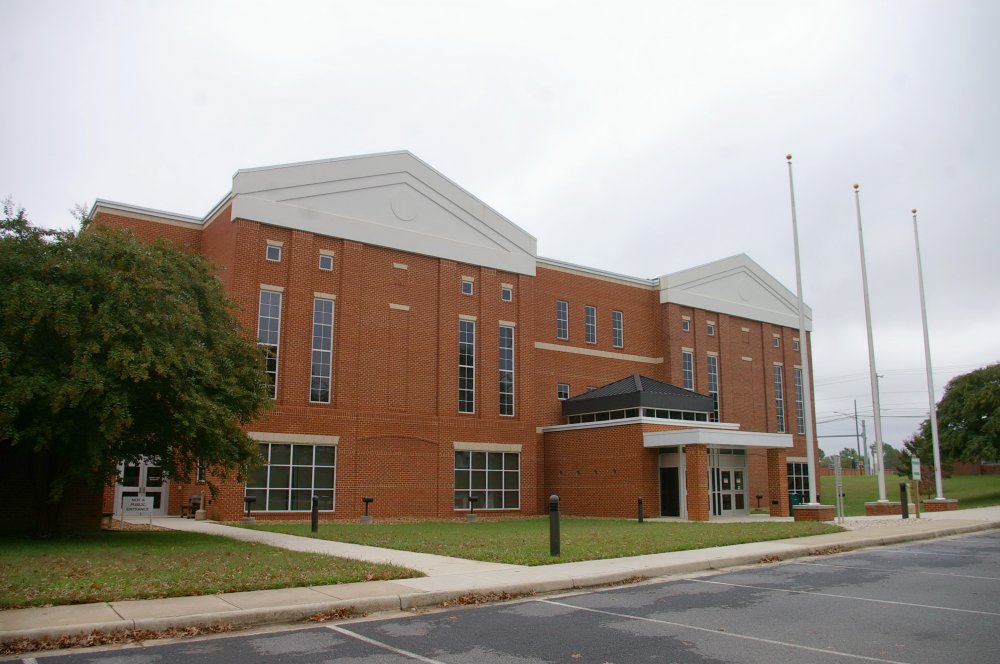 Description:  The building faces west and is a three story red colored brick, concrete and glass structure. The west front has a projecting one story center section with two brick pillars supporting a canopy. The roof of the entrance section is pyramidal. The north and south sections rise to wide white colored pediments at the flat roof line. The first story windows are large. An addition was constructed in 2009. The architect was Dewberry and the contractor was J E Jamerson of Appomattox. 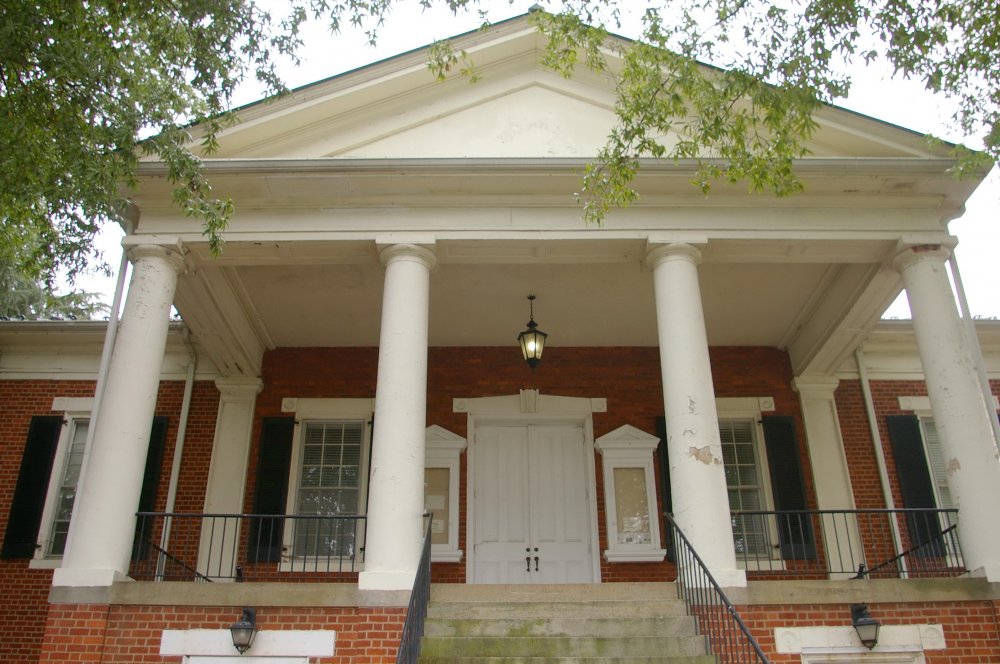 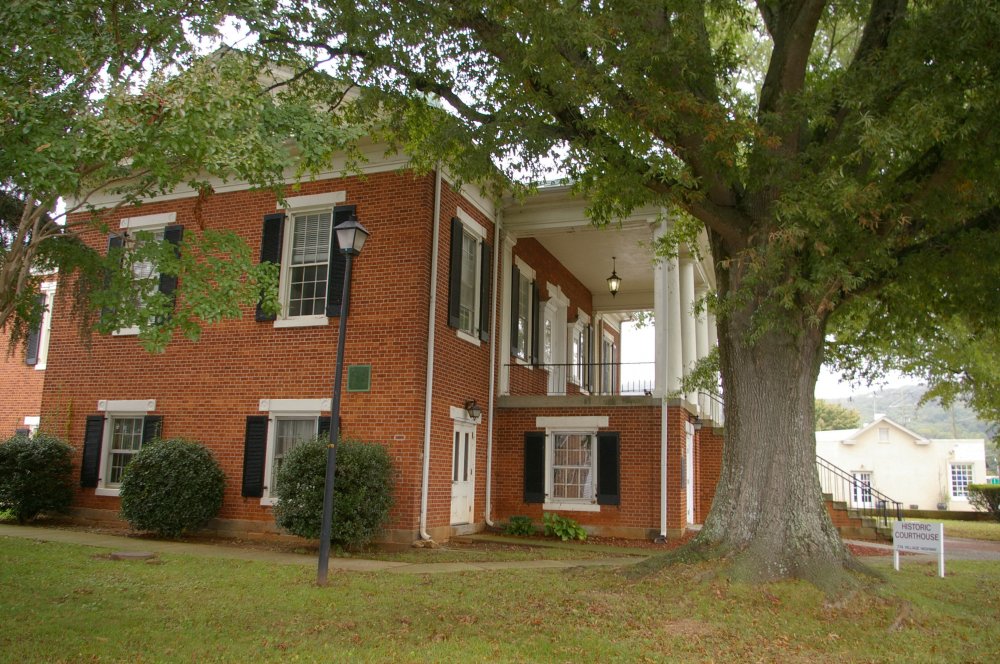 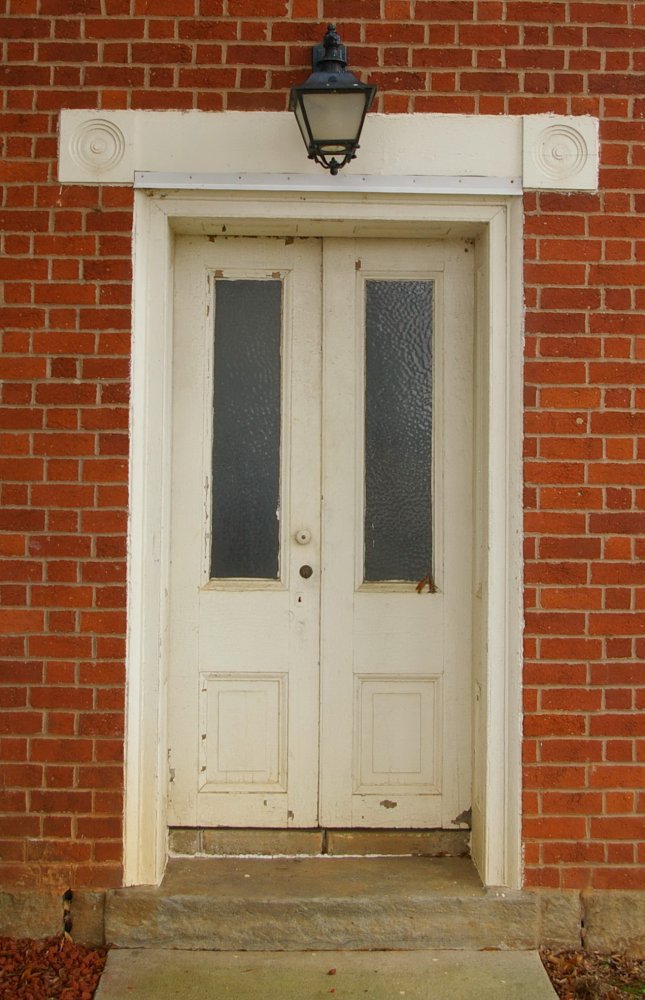 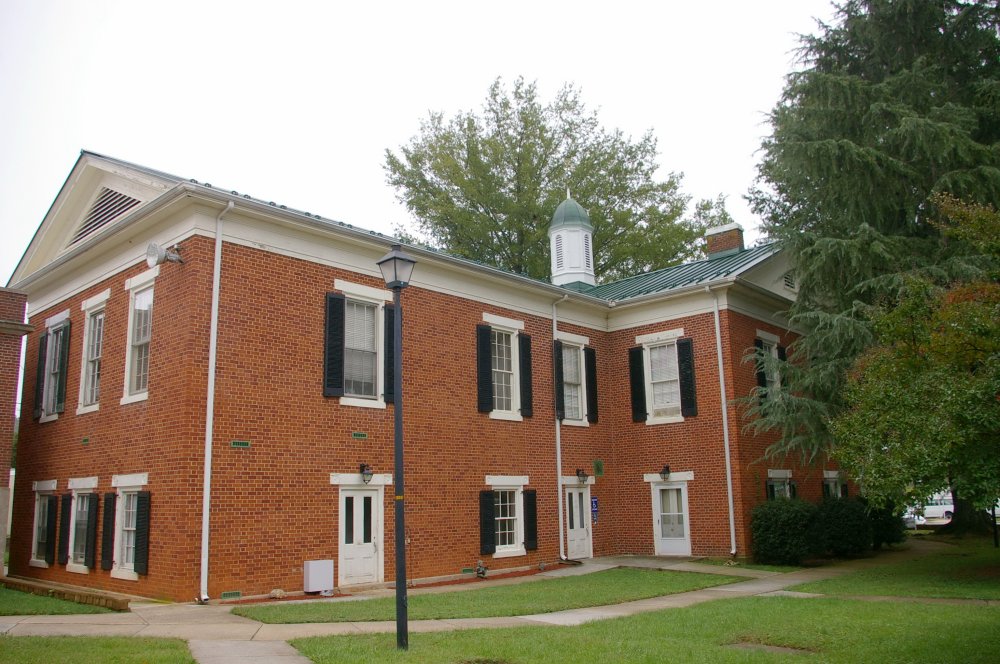 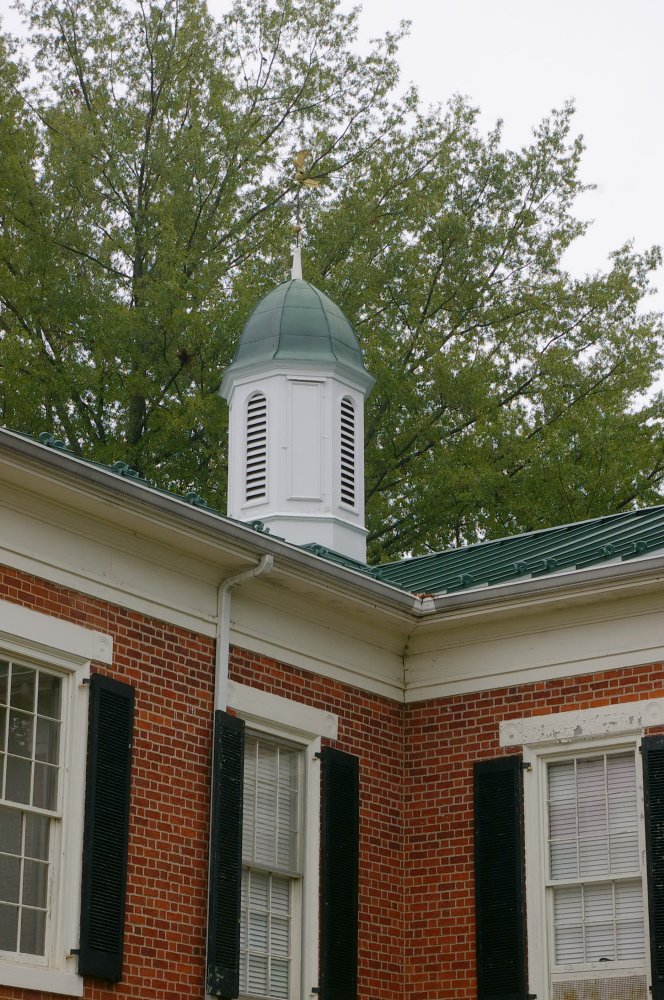 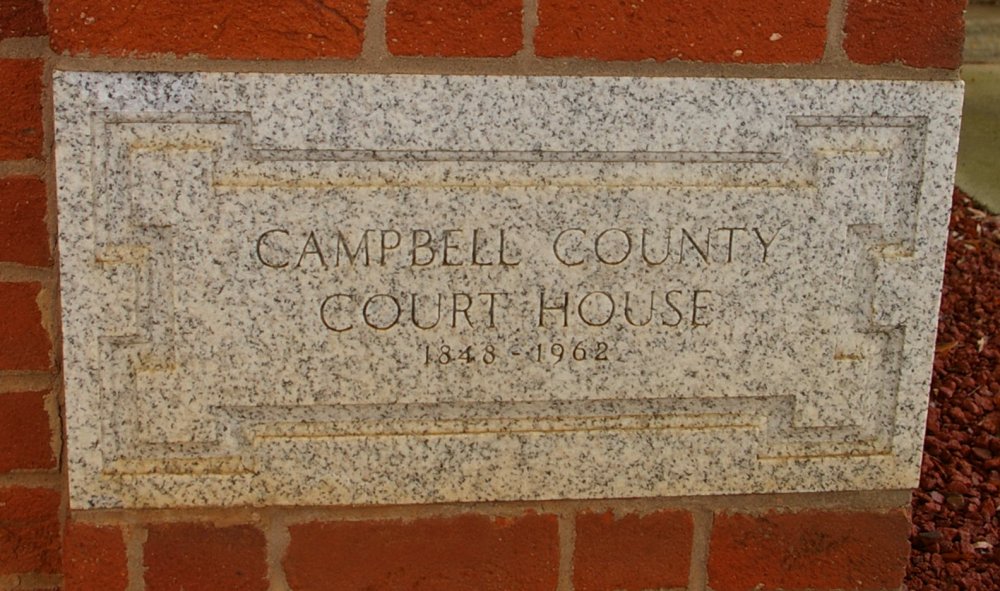 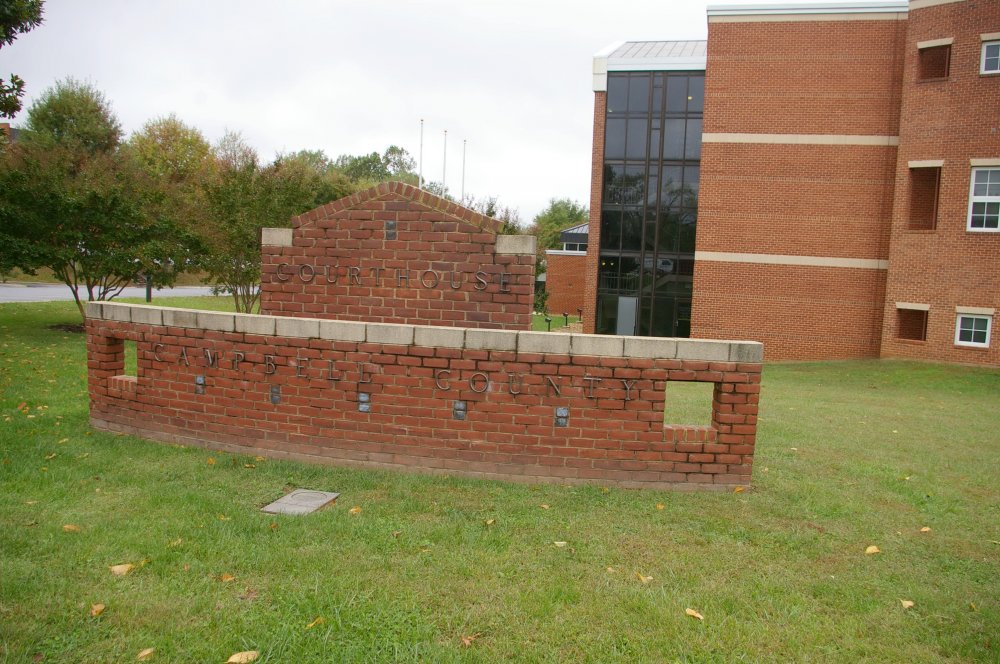 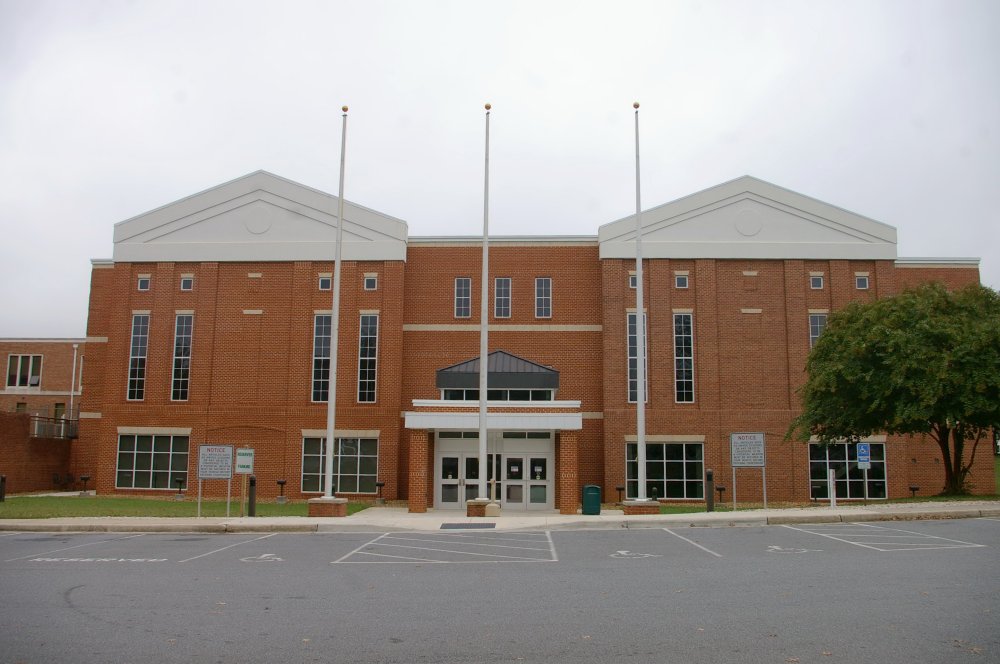