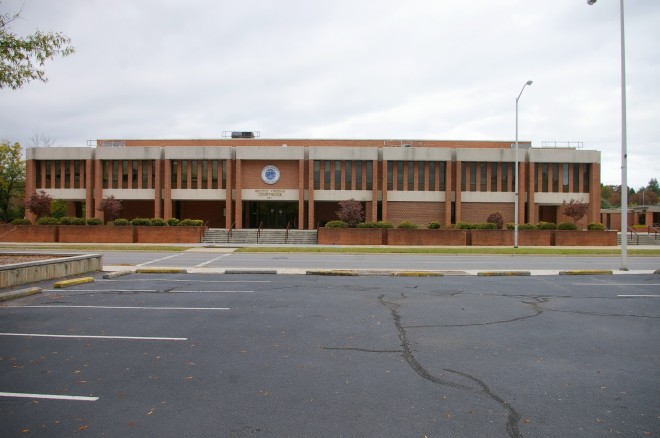 Bristol is named for the city of Bristol in the United Kingdom.

Description:  The building faces south and is a two story red colored brick and concrete structure. The building is located on landscaped grounds in the center of Bristol. and is raised above the street with steps leading to the first story. The south front has recessed porches with vertical brick pillars rising to a wide white colored concrete belt at the roof line. There is a wide white concrete belt between the first and second stories. The windows on the second story are vertical with red colored brick dividers. The roof line is flat.

See:  The courthouse in Bristol, Tennessee in Sullivan County 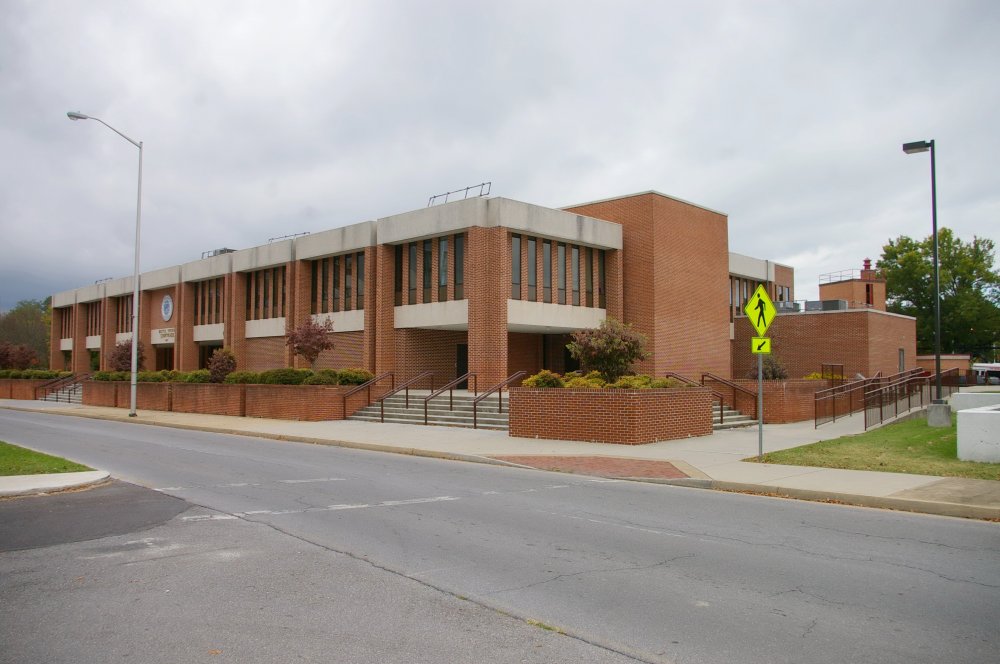 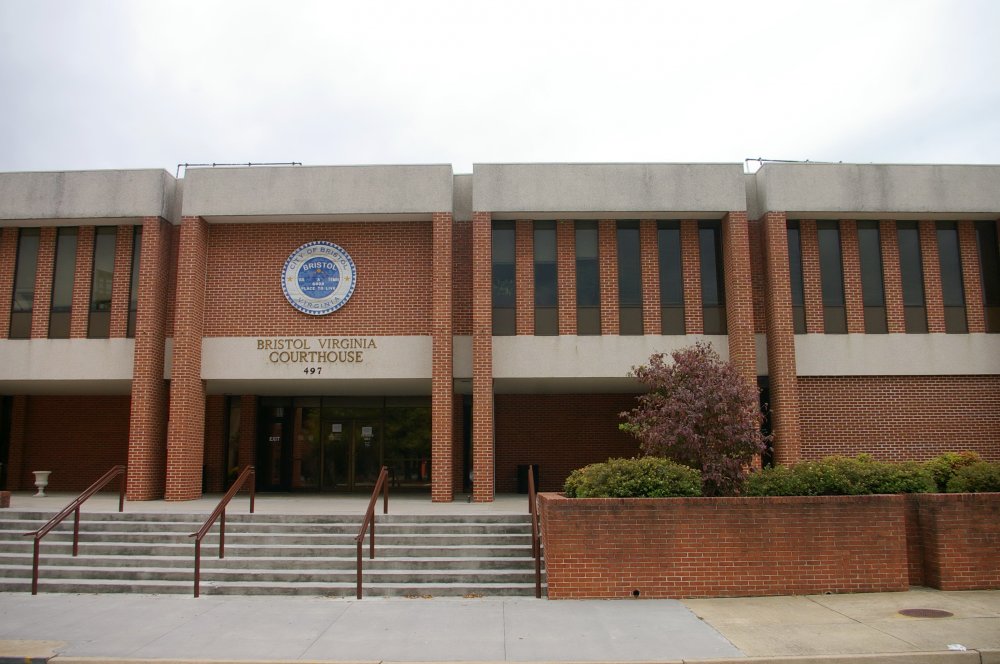 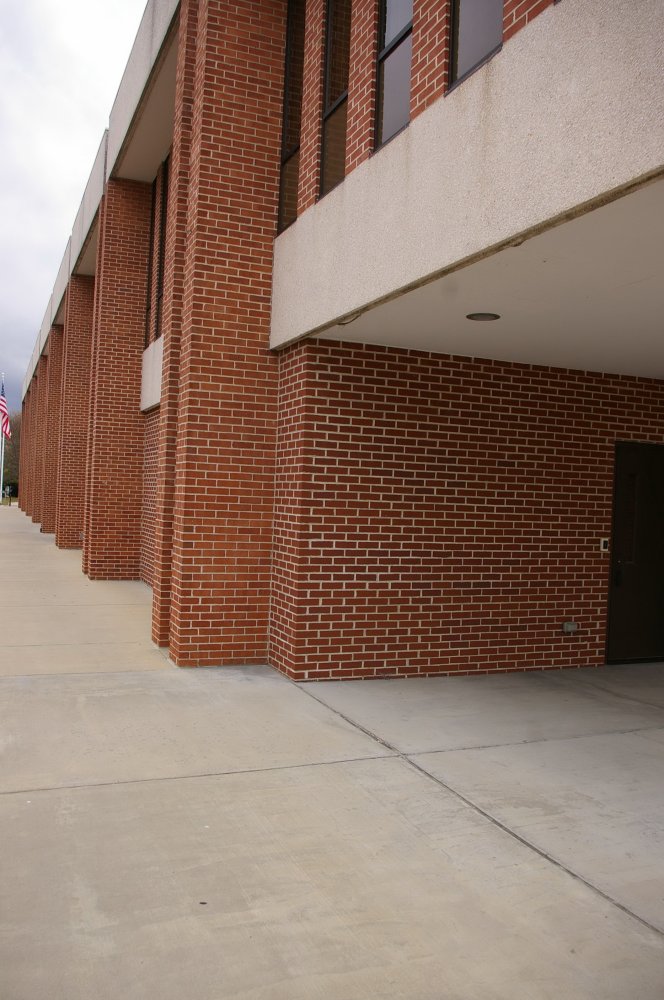 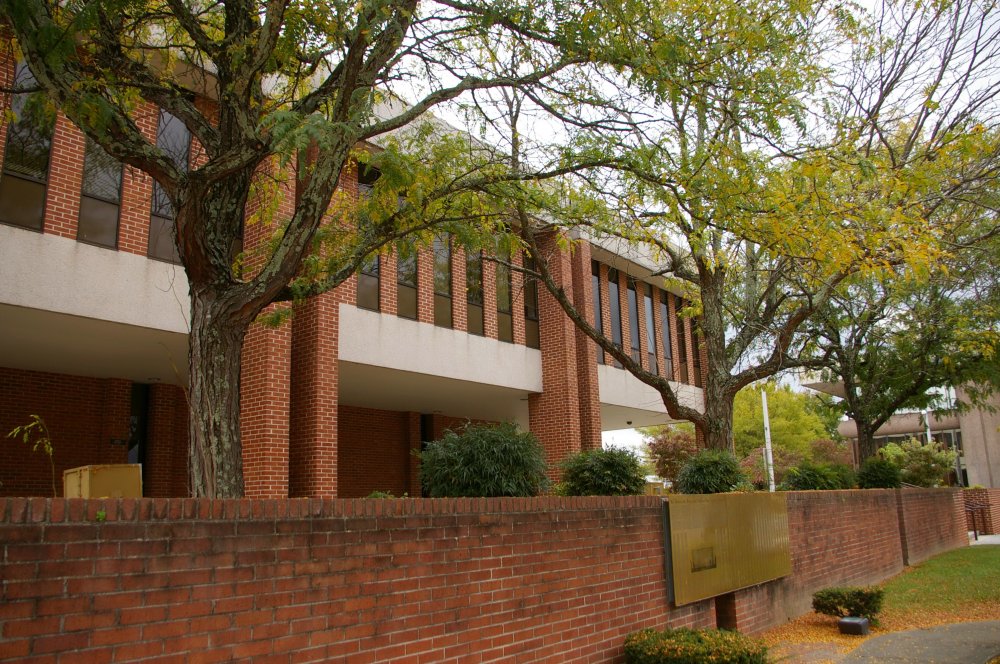 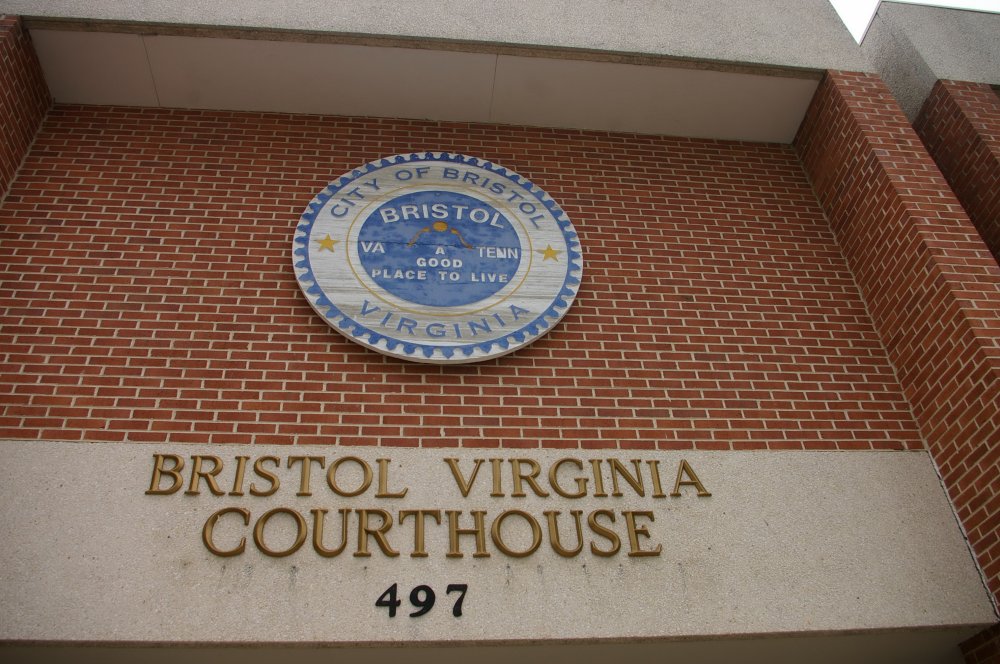 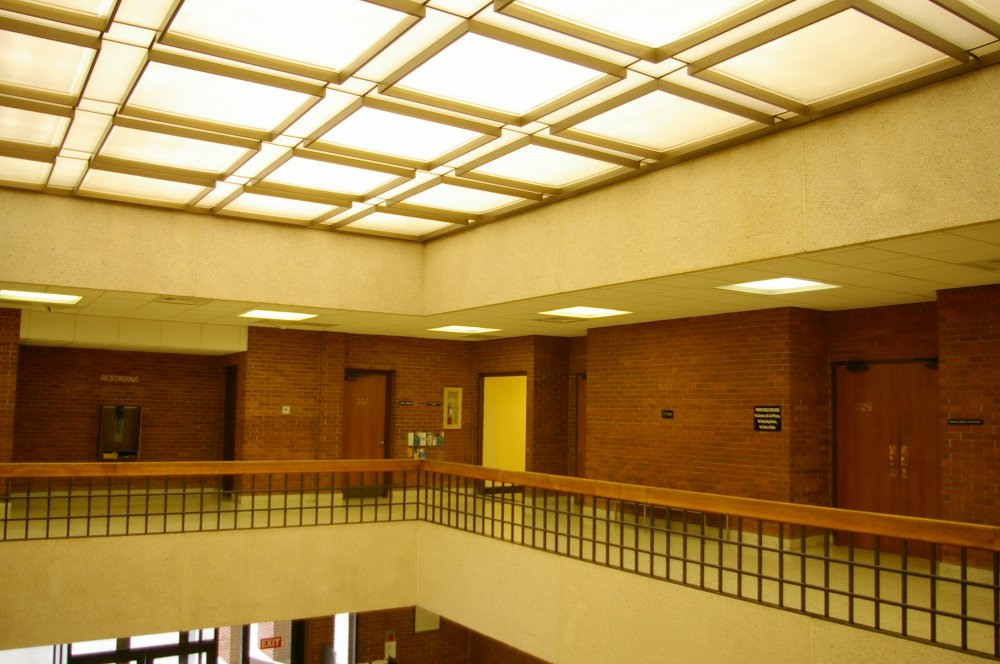 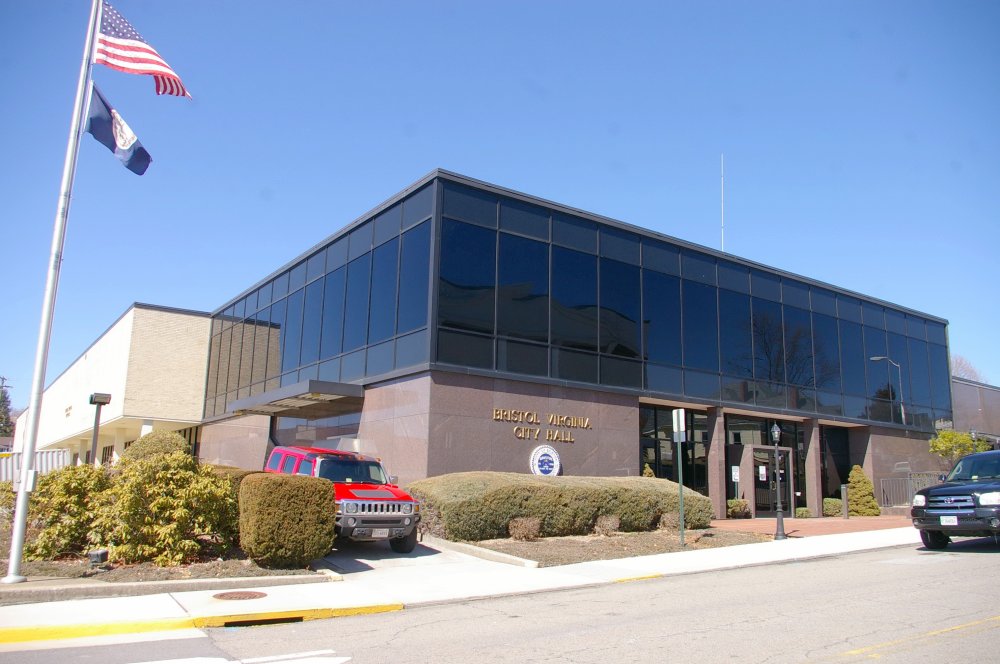