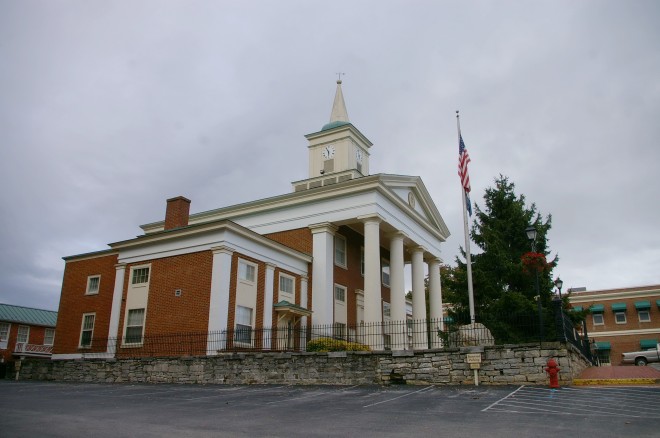 Botetourt County is named for Norborne Berkeley, who was the Baron de Botetourt known as Lord Botetourt and who was the governor of the Virginia Colony from 1767 to 1770.

Description:  The building faces south and is a two story red colored brick and concrete structure. The building is located om landscaped grounds in the center of Fincastle. The south front has a large portico with four white colored columns rising to a pediment at the roof line. There are east and west wings. On the center of the roof is square white colored cupola with clock ad spite at the top. In the interior, the courtroom is located on the second story. The building houses the County Circuit Court. of the 25th Judicial Circuit. On the west side of the courthouse are the Old Jail, Old District Courts Building and Extension Building. 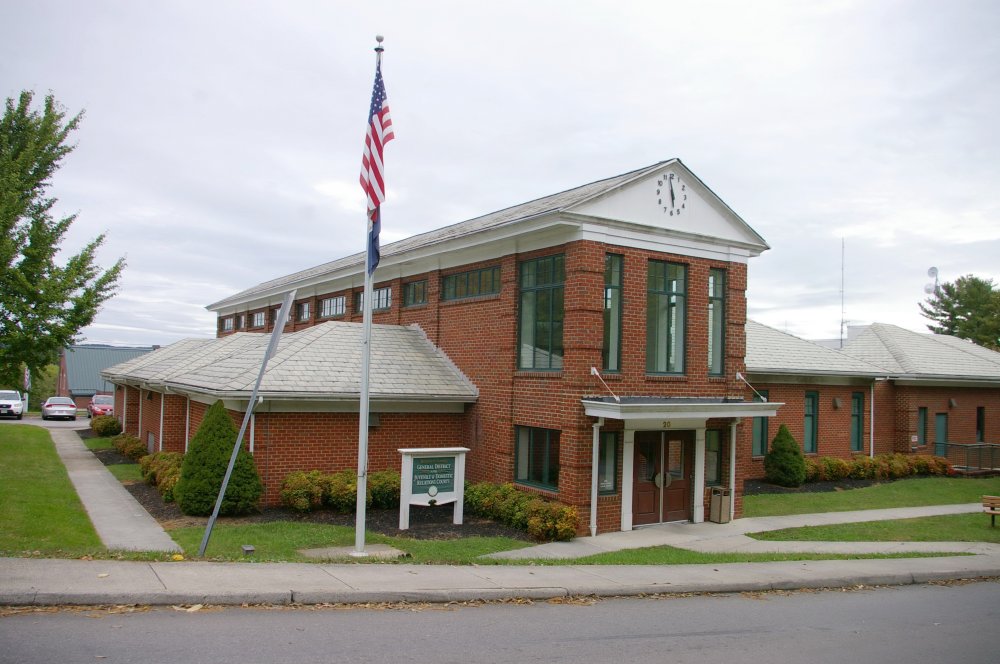 Description:  The building faces south and is a two story red colored brick and concrete structure. The building is located on landscaped grounds in the center of Fincastle to the north of the courthouse. The south front has a two story section at the west side with canopy at the entrance and high windows on the second story. Above is a clock with pitched roof. The west wing is one story with hipped roof and the east wings is large and has a hipped roof. The building houses the Count General District Court and County Juvenile and Domestic Relations Court of the 25th Judicial Circuit. 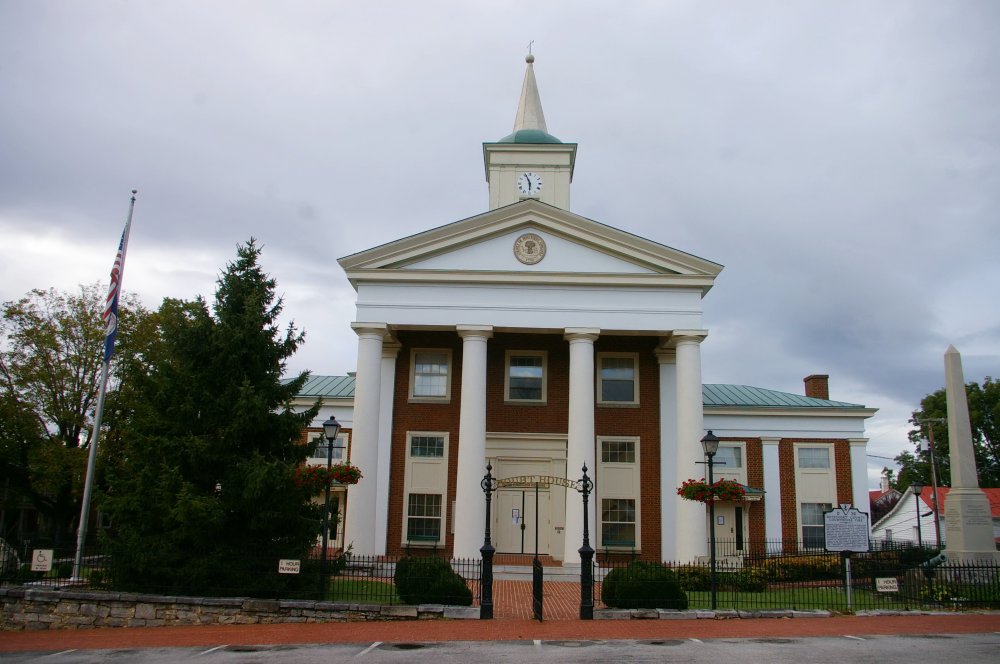 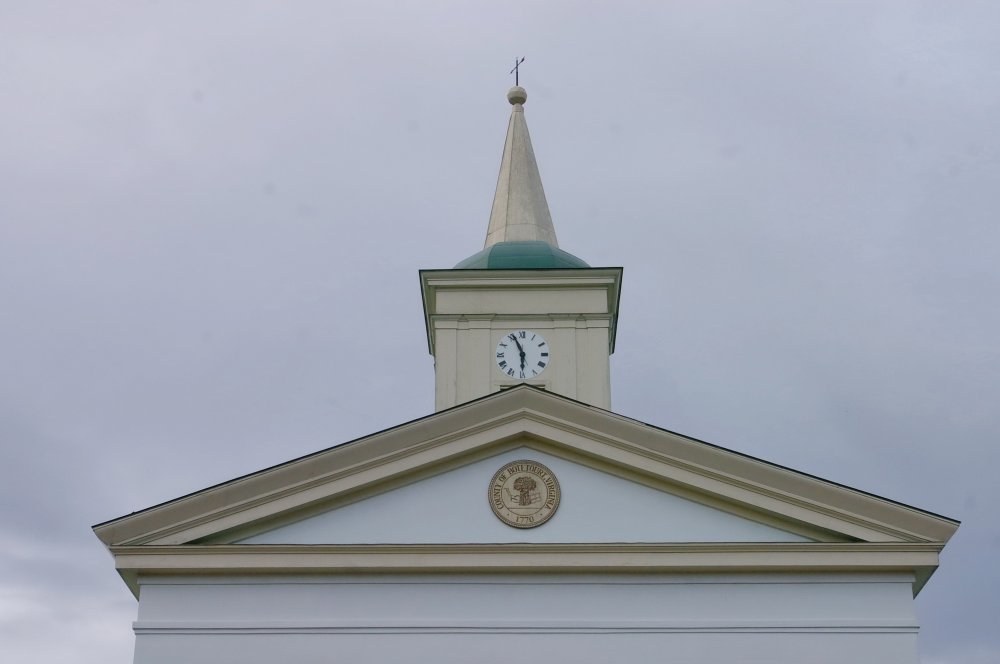 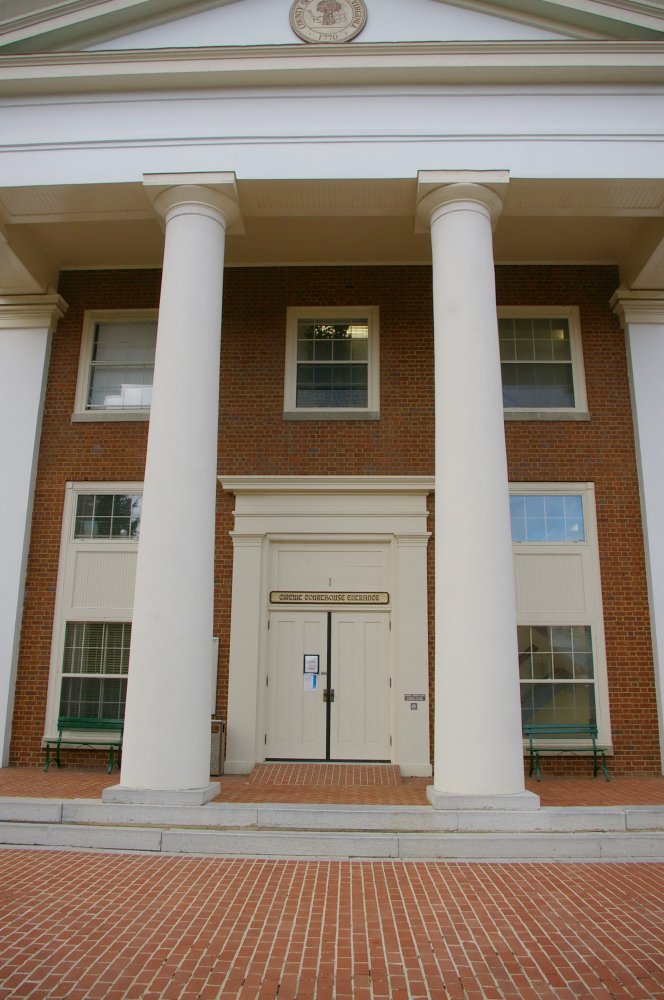 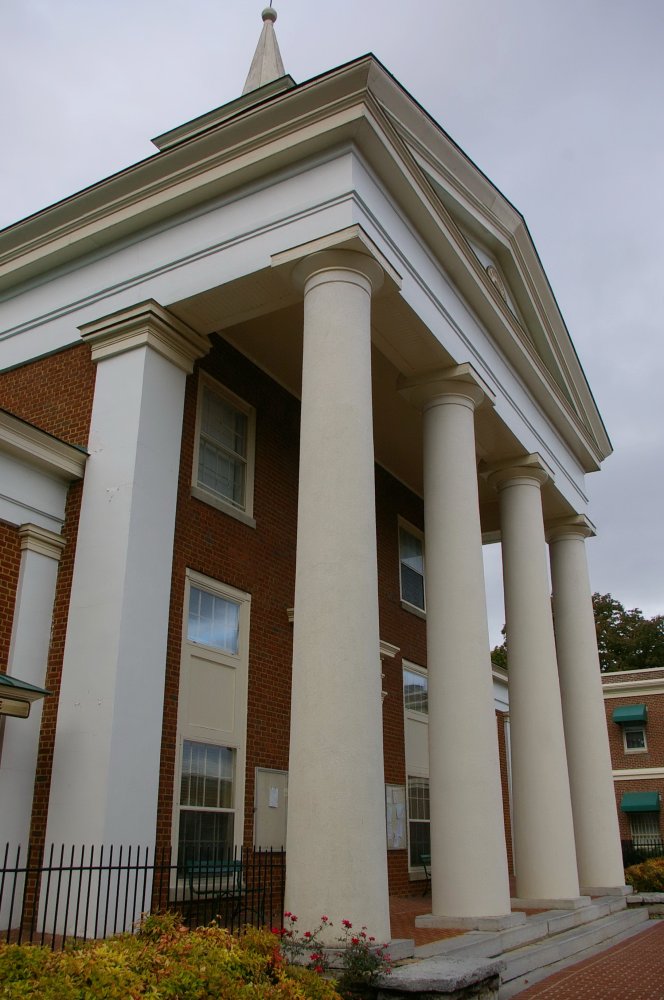