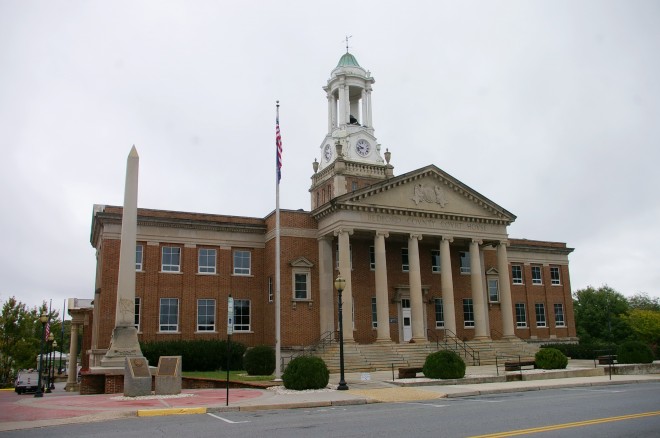 Bedford County is named for John Russell, who was the 4th Duke of Bedford.

Description:  The building faces south and is a two story red colored brick, stone and concrete Classical Revival style structure. The building is located on landscaped grounds in the center of Bedford. The south front has a large portico with six Corinthian columns rising to a pediment at the roof line. The massive triangular pediment has a unique design incorporating symbols of the local crops of corn and tobacco and the official crest of the fourth Duke of Bedford, John Russell. The center section of the building projects from the main building. On the roof is a high square clock tower with clock and open belfry at the top. The building houses the County Circuit Court, County General District Court and County Juvenile and Domestic Relations Court of the 24th Judicial Circuit. The building was renovated in 1997 to 1998. The architect was Fauber Architects and the contractor was Blair Construction. The bell tower was renovated in 2014. The architect was Dominion 7 Architects and the contractor was Jamison-Lewis Construction. 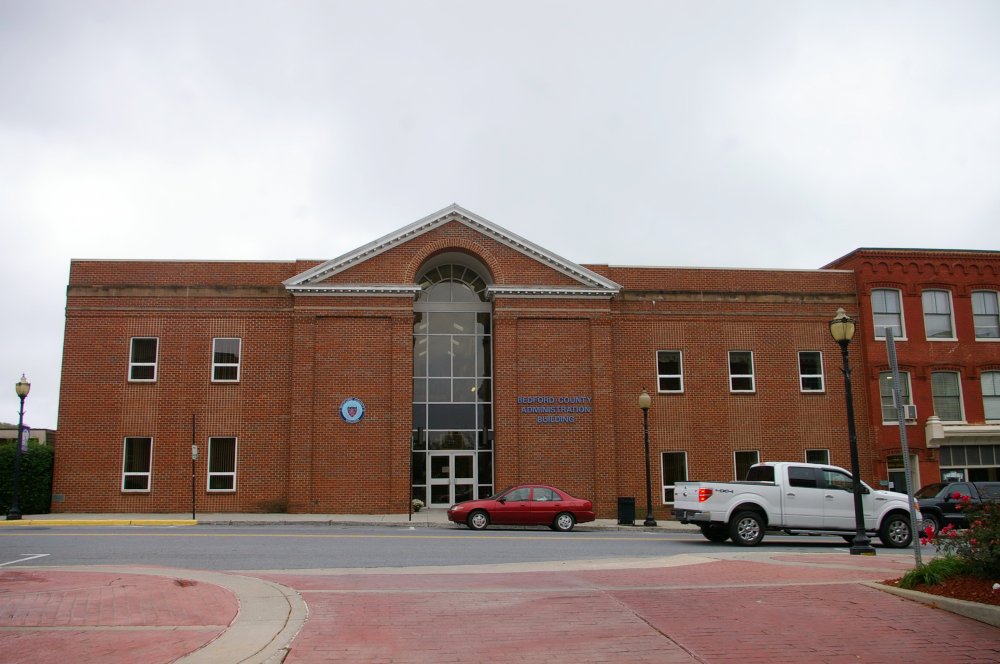 Description:  The building faces north is a two story red colored brick and concrete structure. The building is located in the center of Bedord south across from the courthouse. The central section of the north front has a projecting center section with a recessed center section with glass panels. and pediment at the roof line. The roof line is flat. 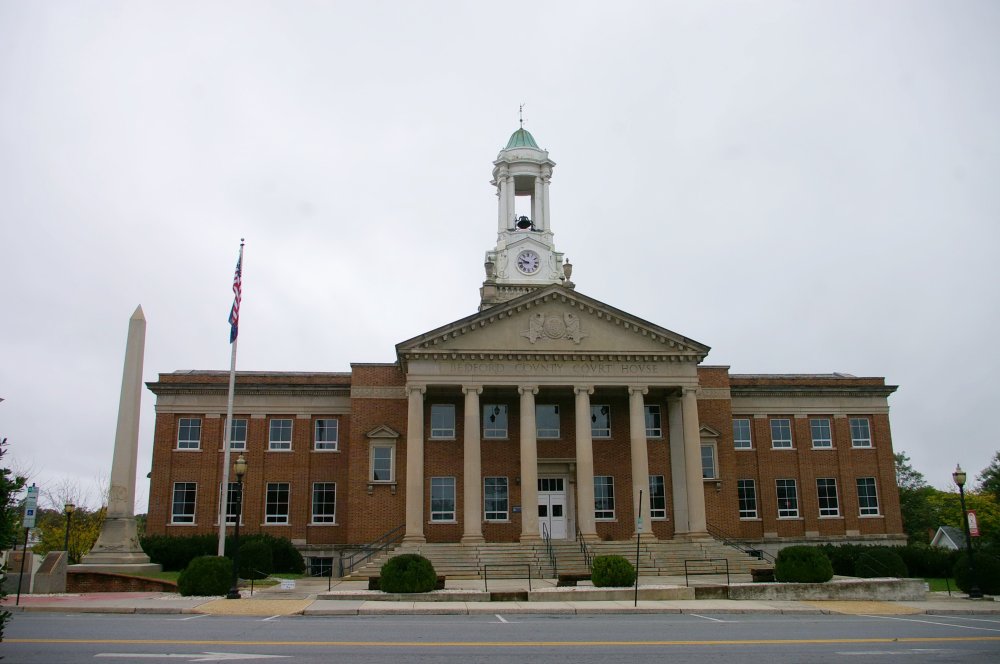 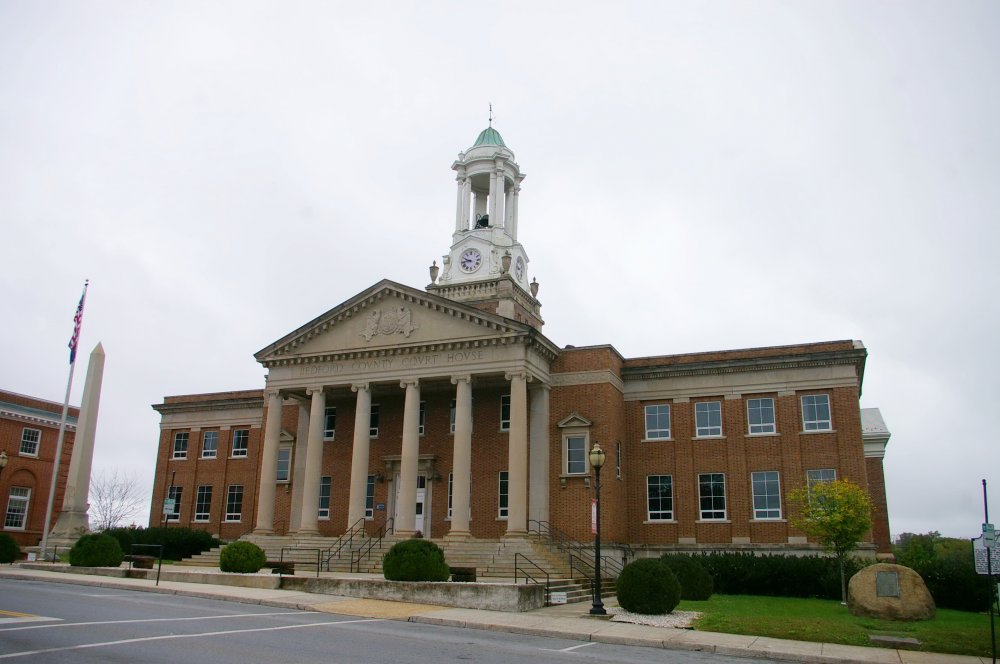 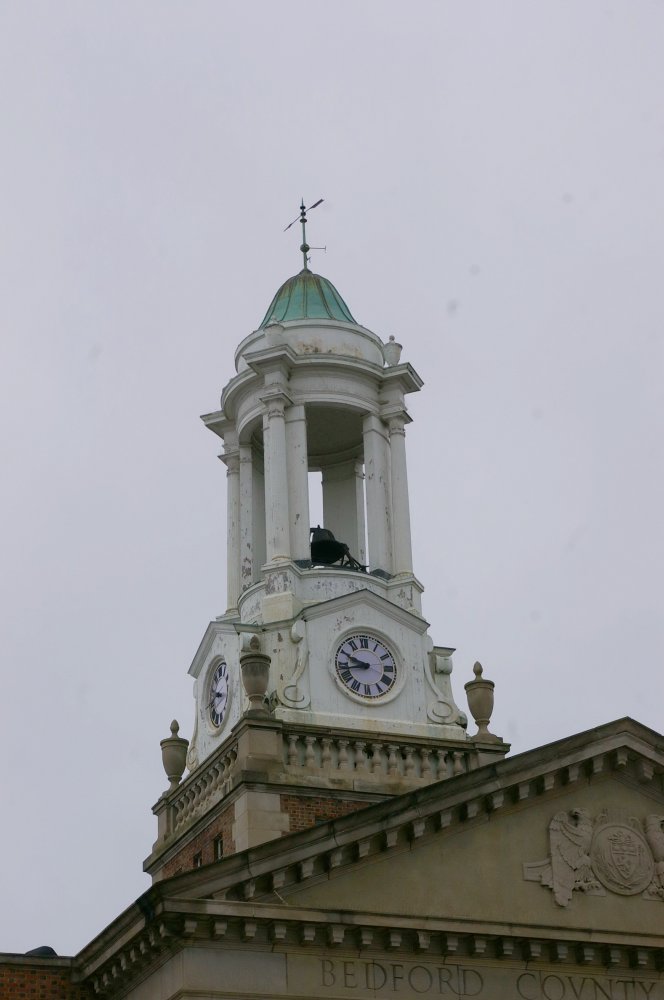 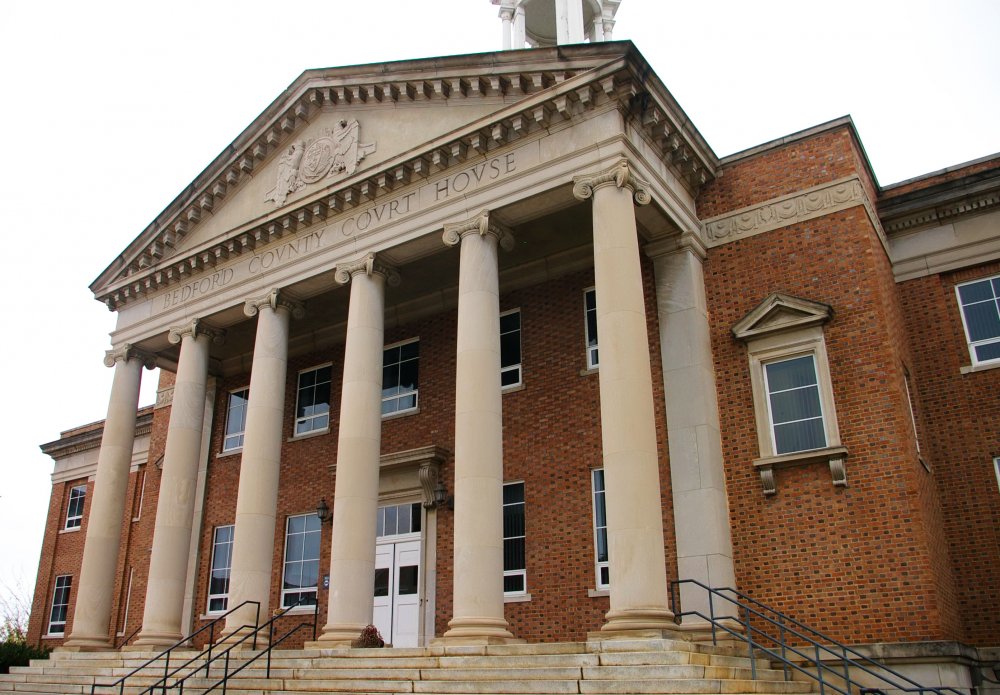 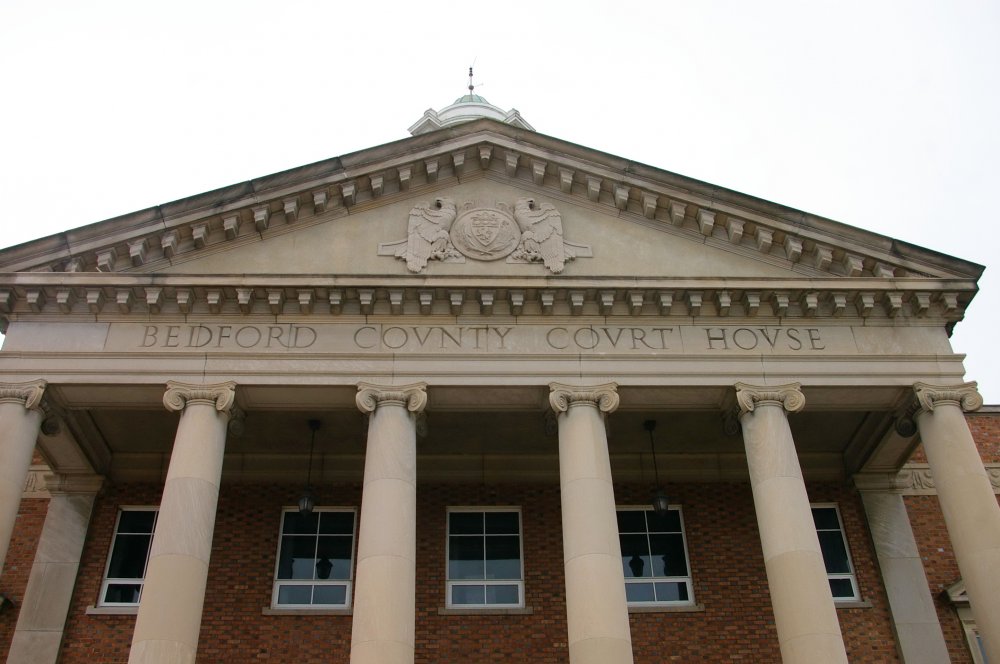 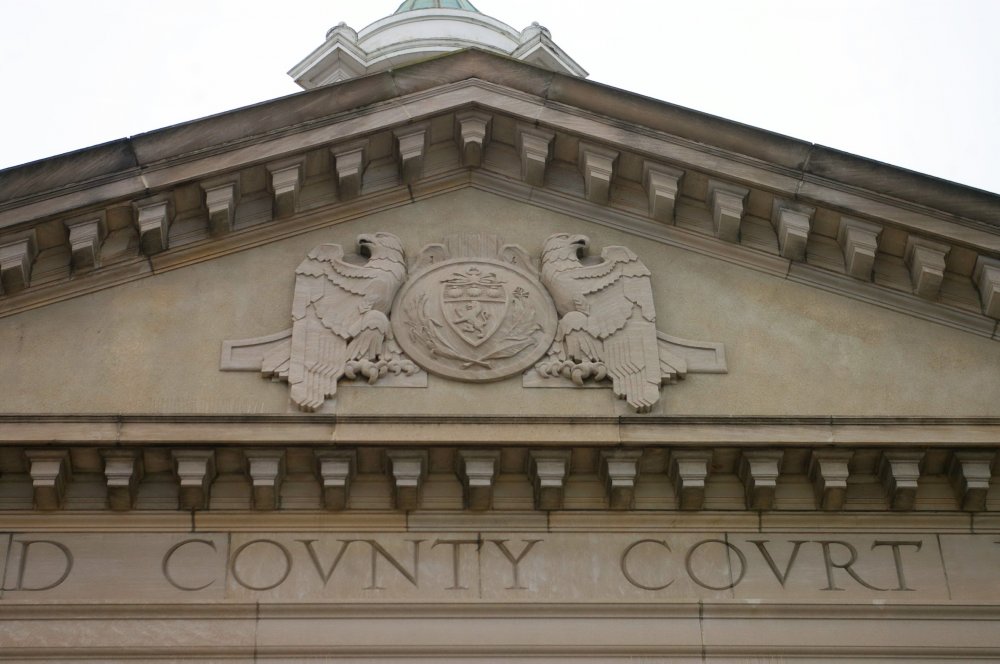 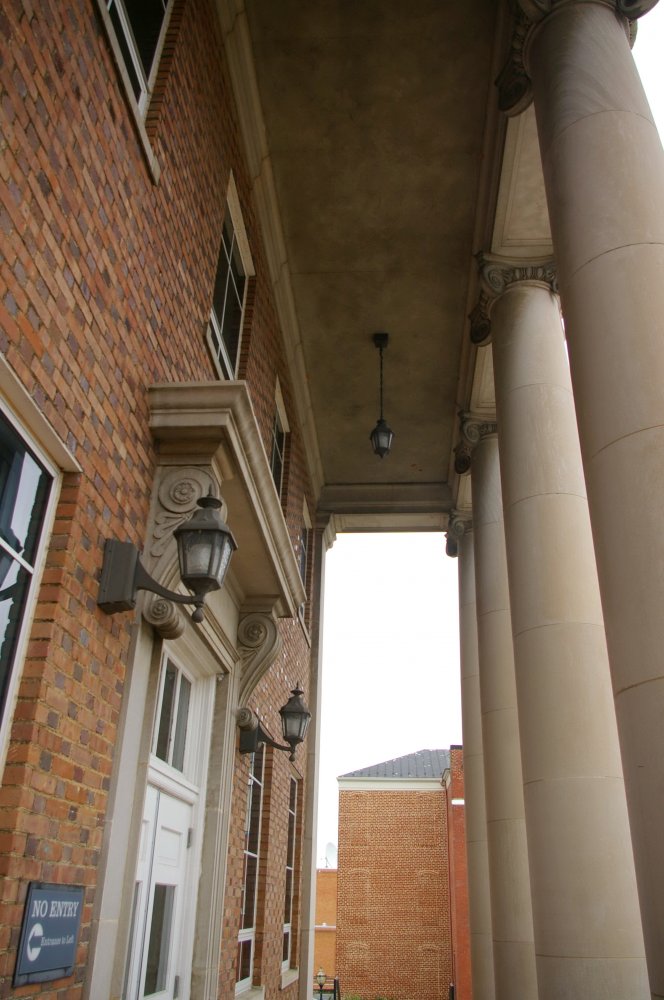