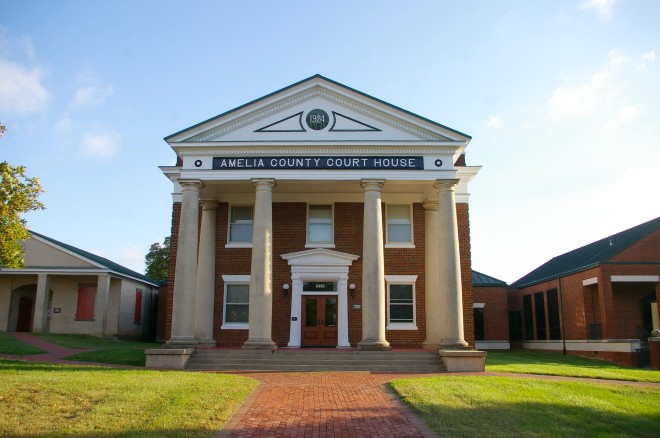 Amelia County is named for Princess Amelia Sophia of Great Britain, who was the daughter of King George II.

Description:  The building faces north and is a two story red colored brick and concrete structure. The building is located on a landscaped two acre square in the center of Amelia Court House. The west front has a large portico supported by four large columns with a large pediment above. The entrance is framed with a small pediment above. The building extends east. The roof is hipped. The building houses the County Circuit Court, County General District Court and County Juvenile and Domestic Relations Court of the 11th Judicial Circuit. On the west side is a modern two story addition. On the east side is the Old County Jail. To the south on Dunn Street is the County Office. 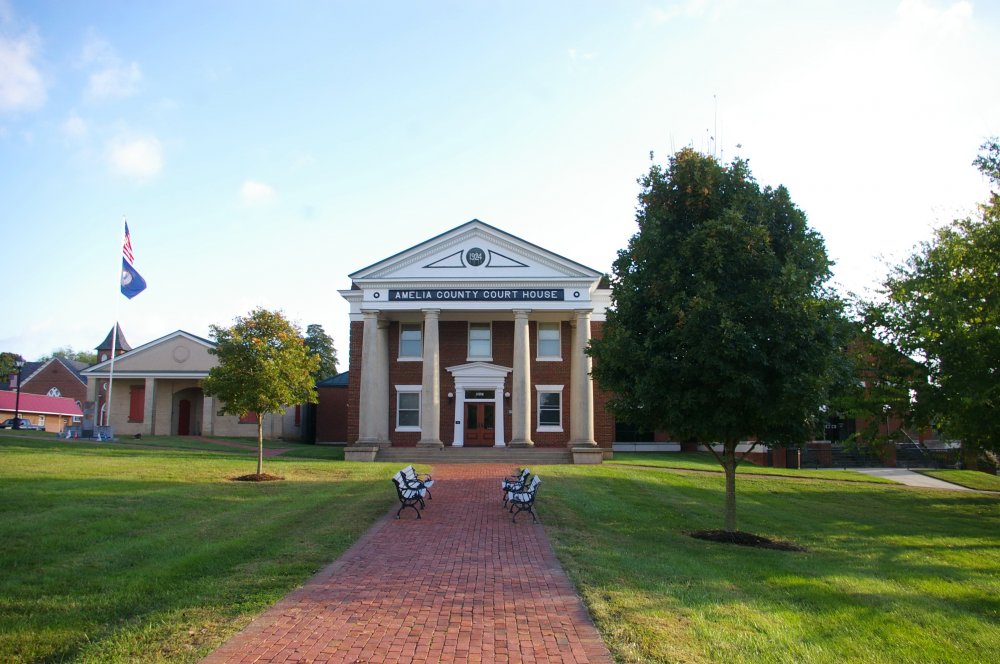 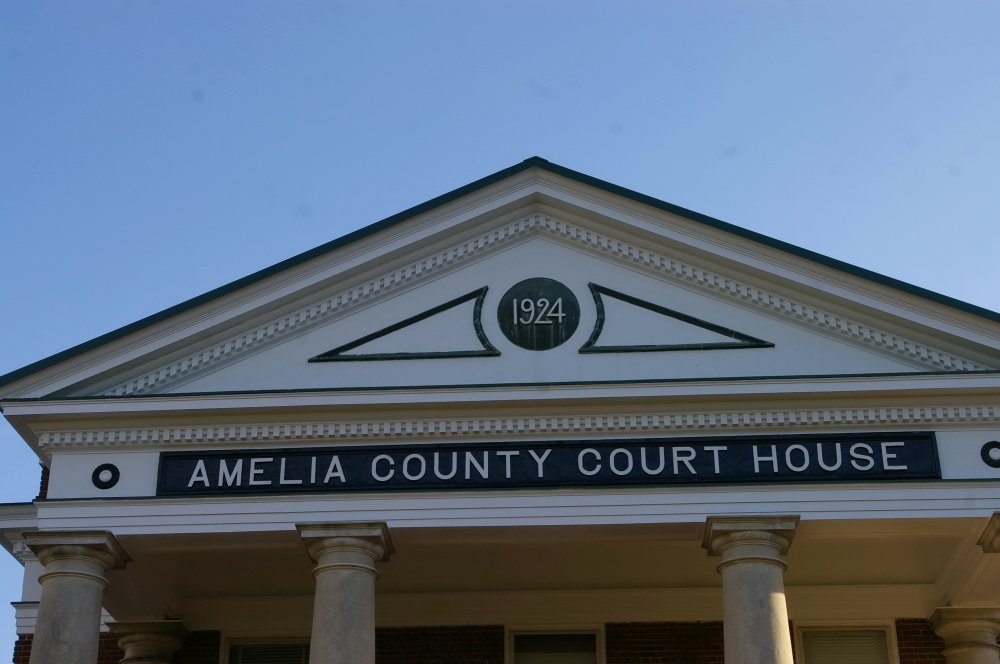 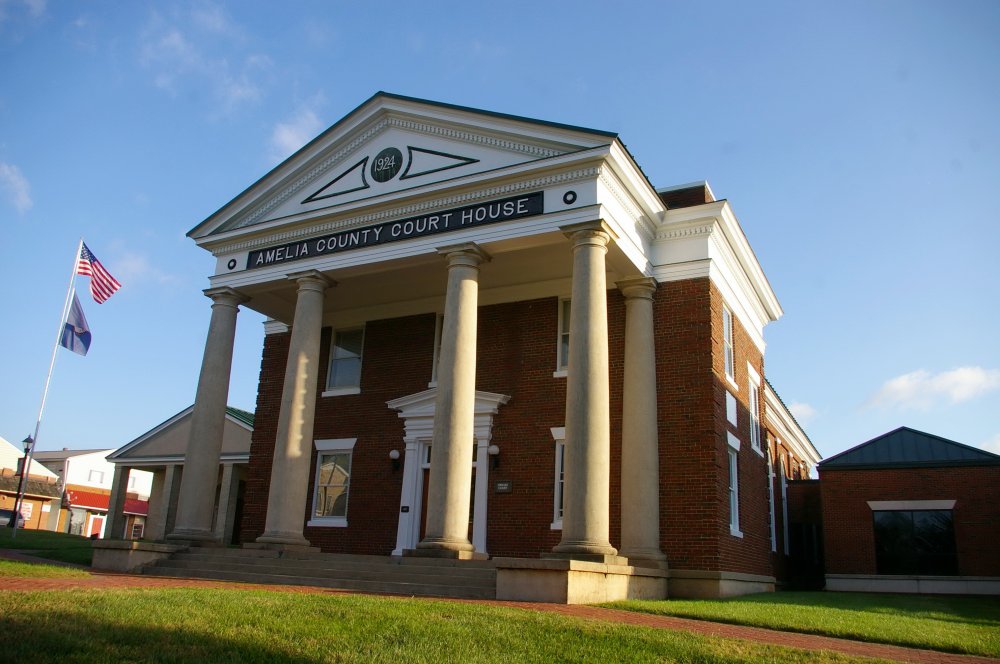 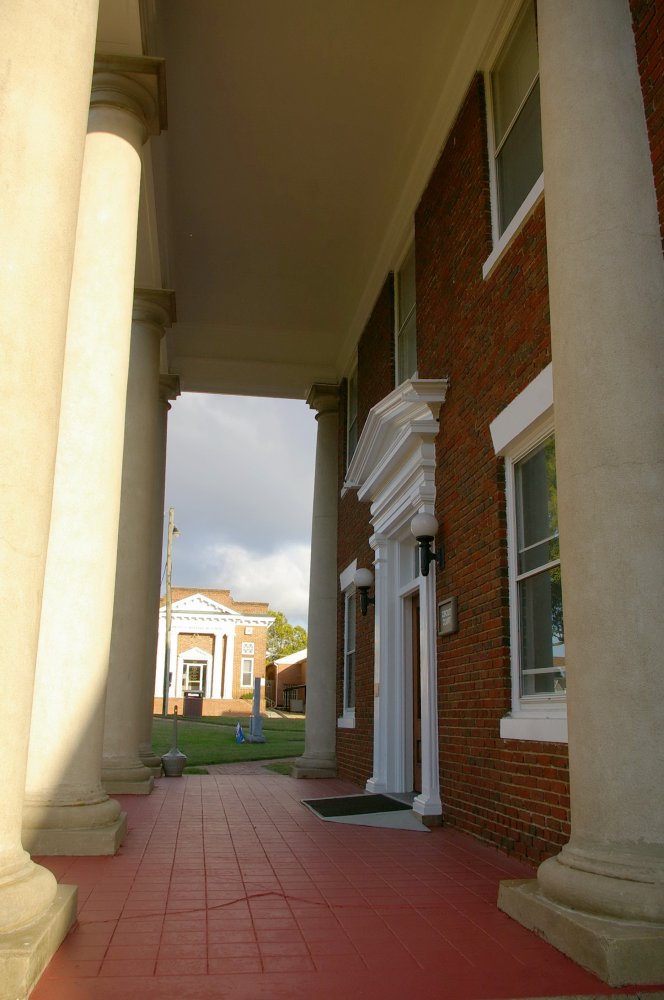 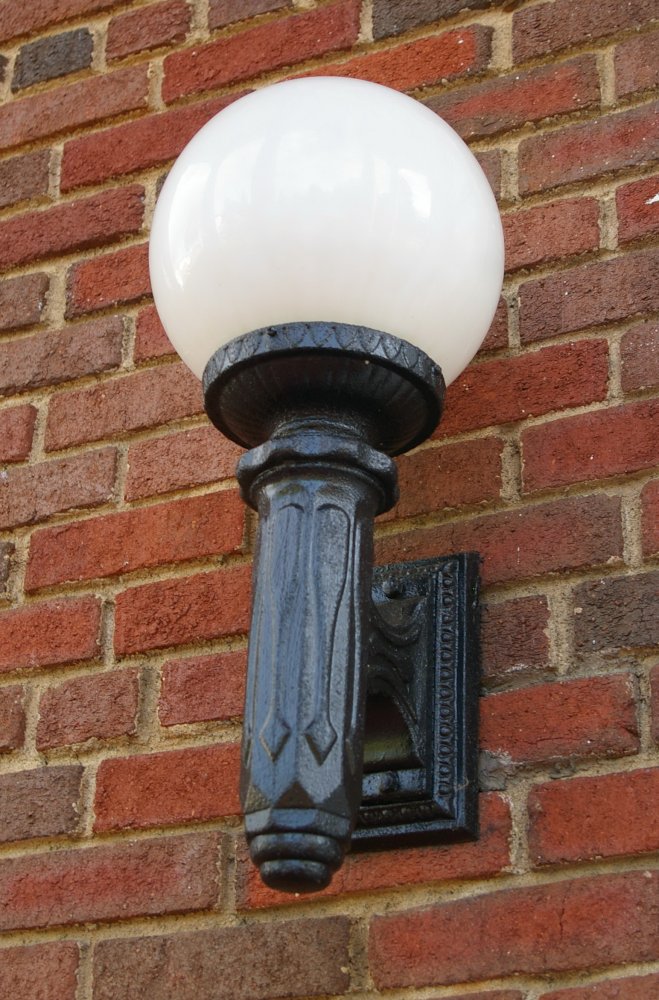 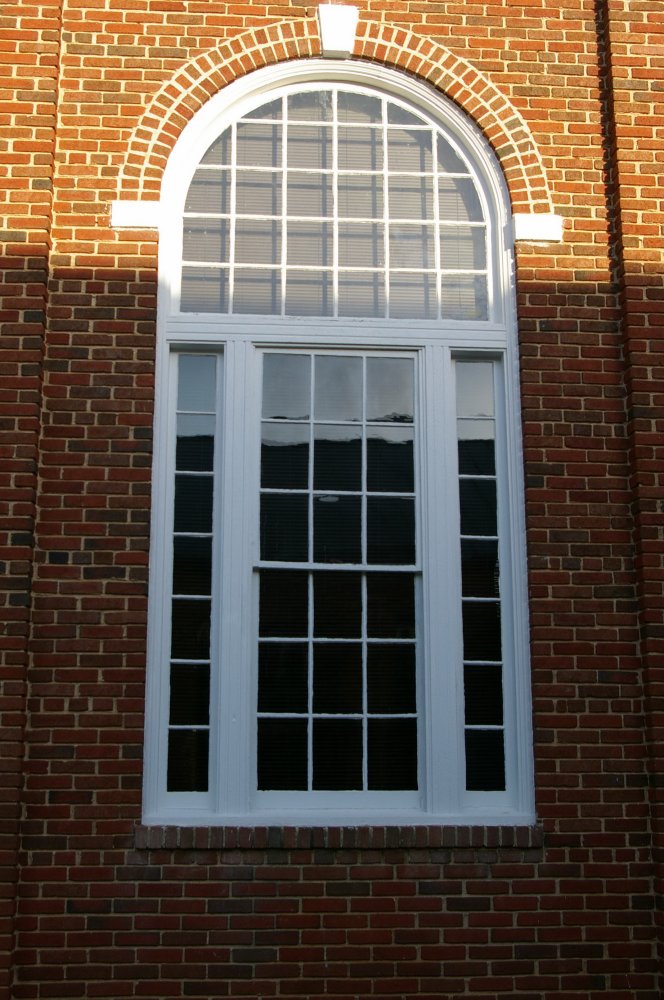 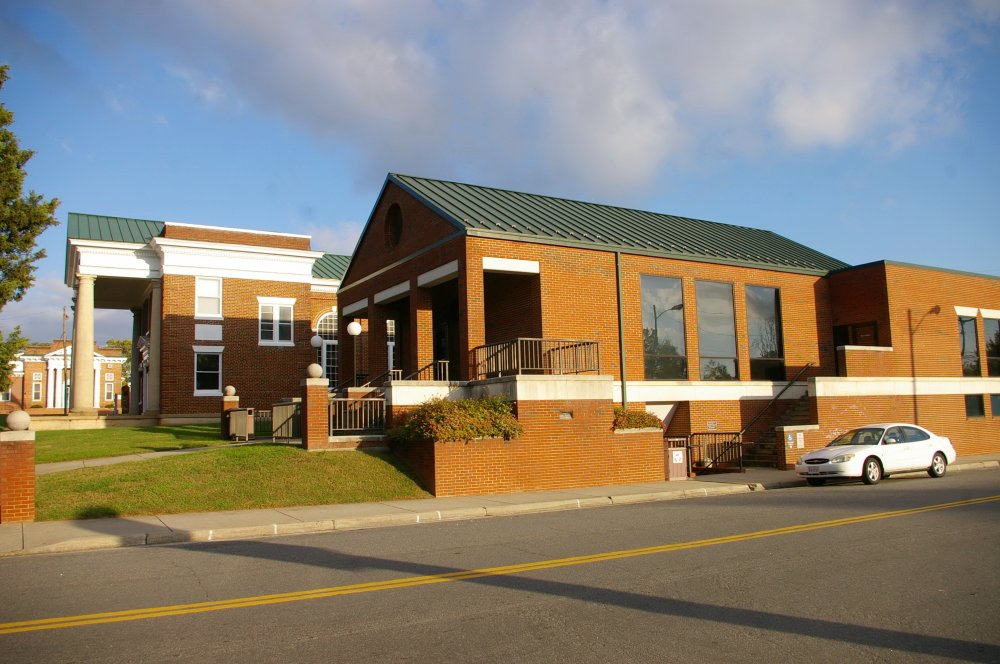 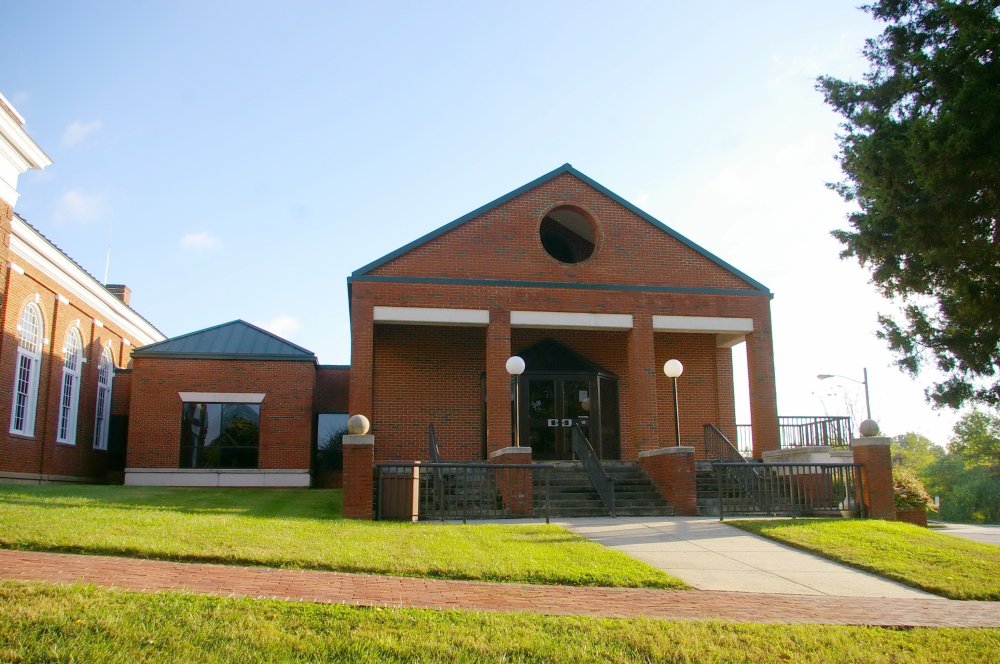 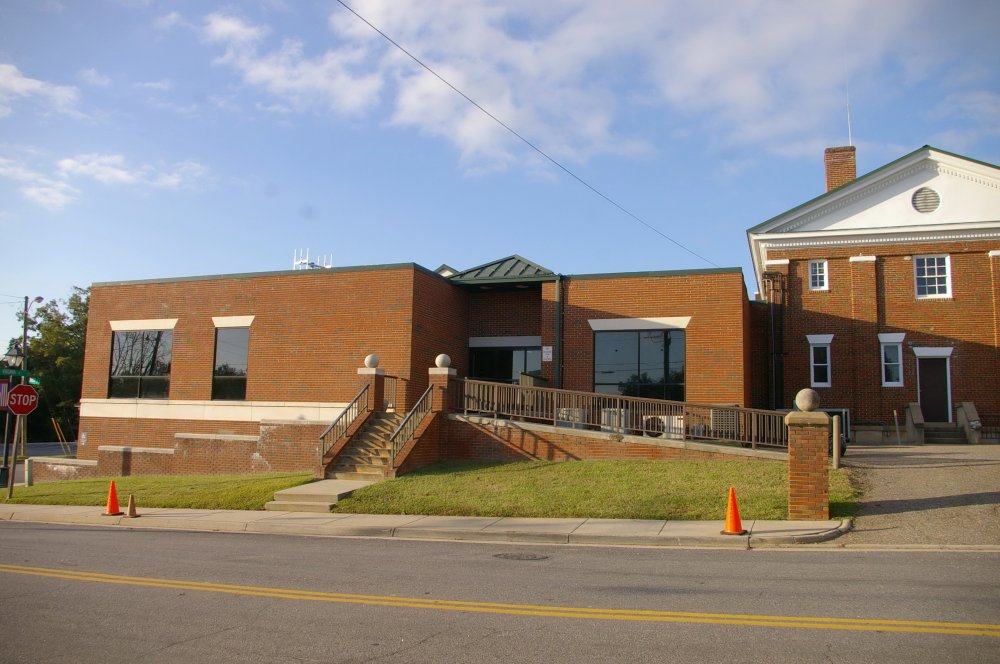 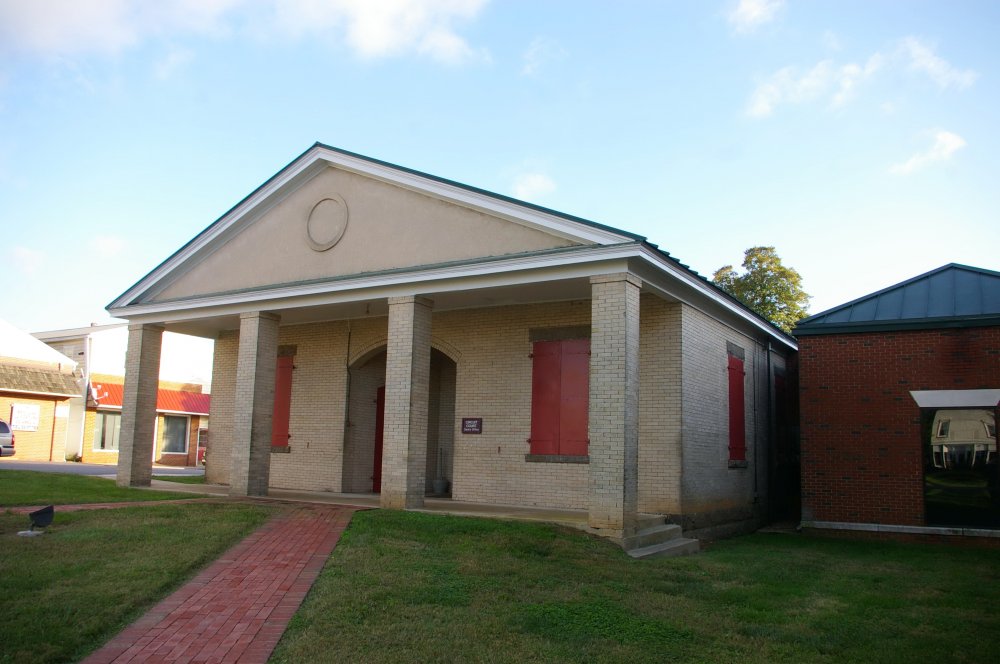