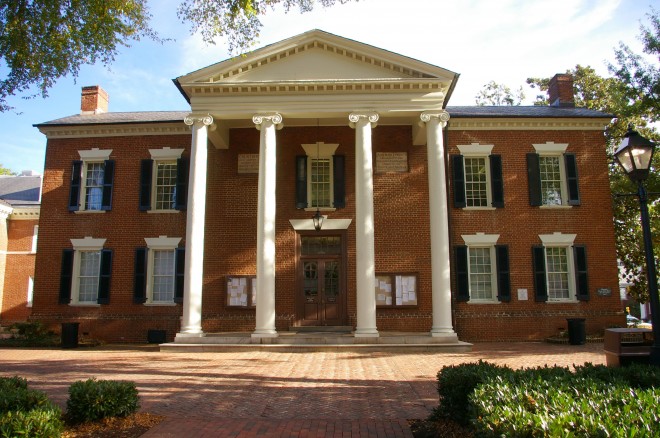 Albemarle County is named for Willem van Keppel, who was the 2nd Earl of Albemarle.

Description:  The building faces south and is a two story red colored brick structure. The south front has a large portico with four tall Ionic columns rising to a pediment at the roof line. The windows have stone headers. On the roof is a white colored octagonal cupola. The building has expanded northwards. The 1762 building was torn down and the building was enlarged in 1803. The architect was Willliam D Meriweather, Isaac Miller and George Divers and the contractor was John Jorday. An additions was constructed in 1859 and in 1879 to 1880, the courthouse was enlarged with the addition of the south wing with its Ionic portico. Renovation work was done in 1938. The architect was Milton Grigg and Flloyd Johnson. The building was renovated in 1963. The architect was Johnson, Crevan and Gibson. The building is located on the east side of Courthouse Square with the District Court along the west side.

Note:  The courthouse was first established in 1762, on land donated by Dr. Thomas Walker. William Cabell was the first builder of the original frame building, which was torn down and replaced in 1803 by the rear wing of the existing building. The grounds of the courthouse once held a whipping post, pillory and stocks, as was typical of the time. 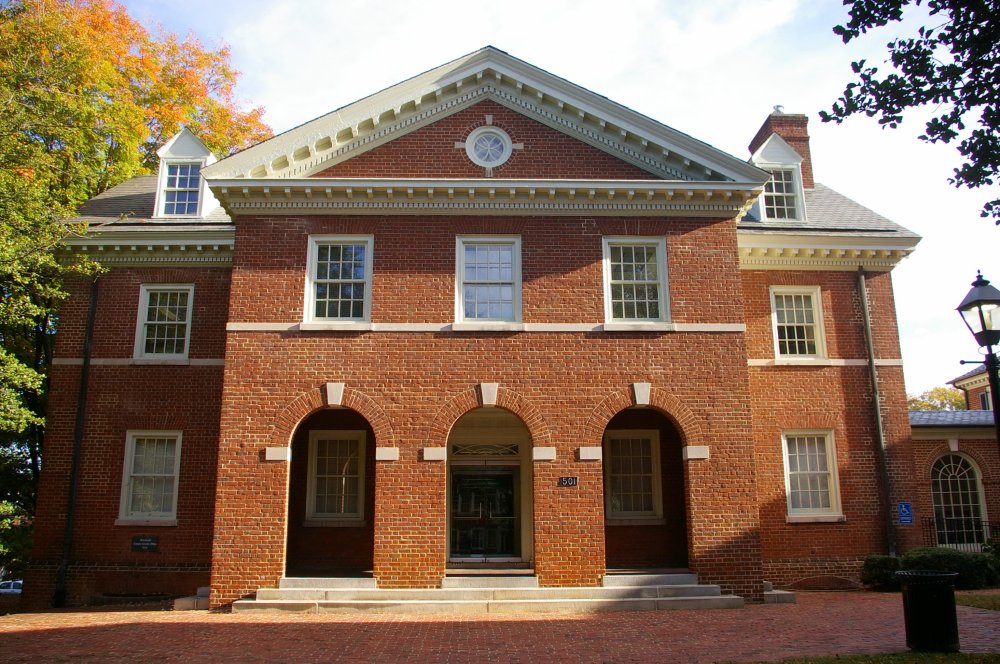 Description:  The building faces south and is a two story red colored brick structure. The south front extends from the main building and has three arches with arcade and recessed entrance. At the roof line is a pediment. The building extends northwards. There are dormers along the hipped roof. The building is located on the west side of Courthouse Square with the Courthouse along the east side. 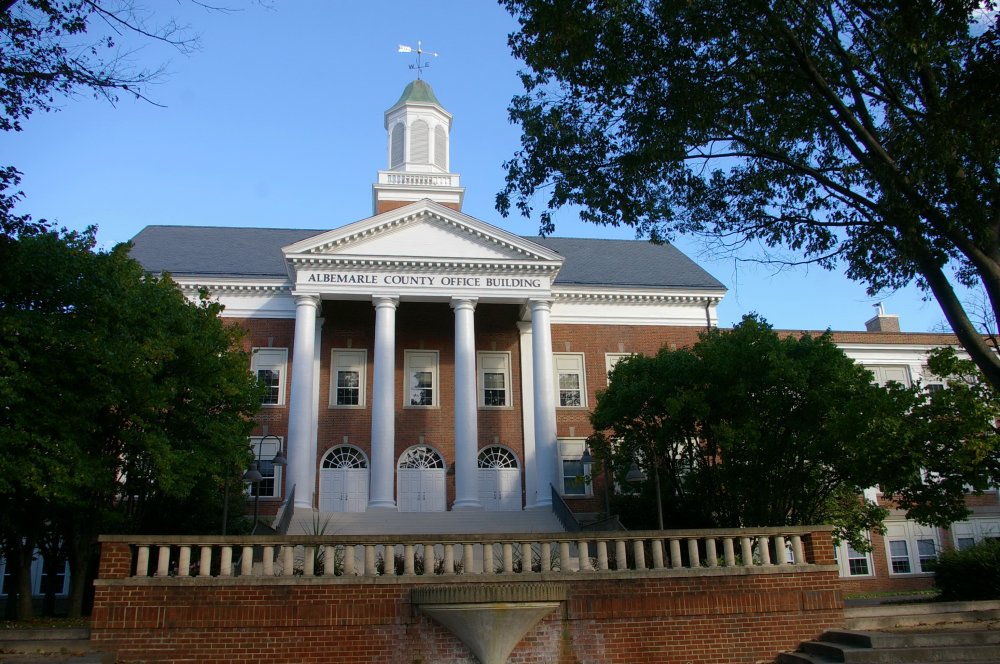 Description:  The building faces south and is a three story red colored brick structure. The south front has steps to the second story which has a large portico with four columns. On the roof is a white colored octagonal cupola. The building is the former Lane High School. 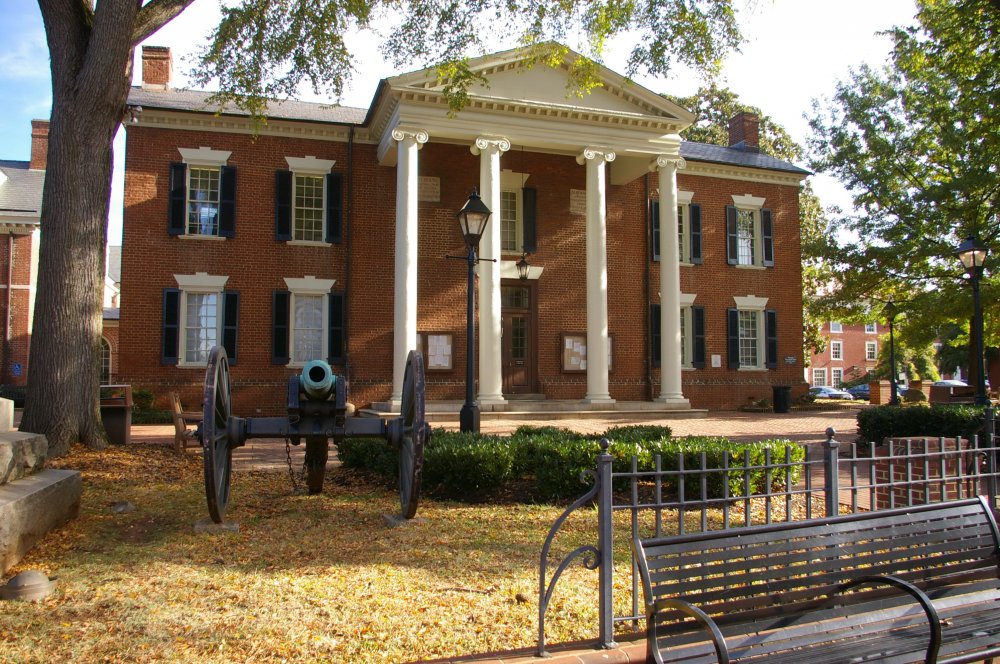 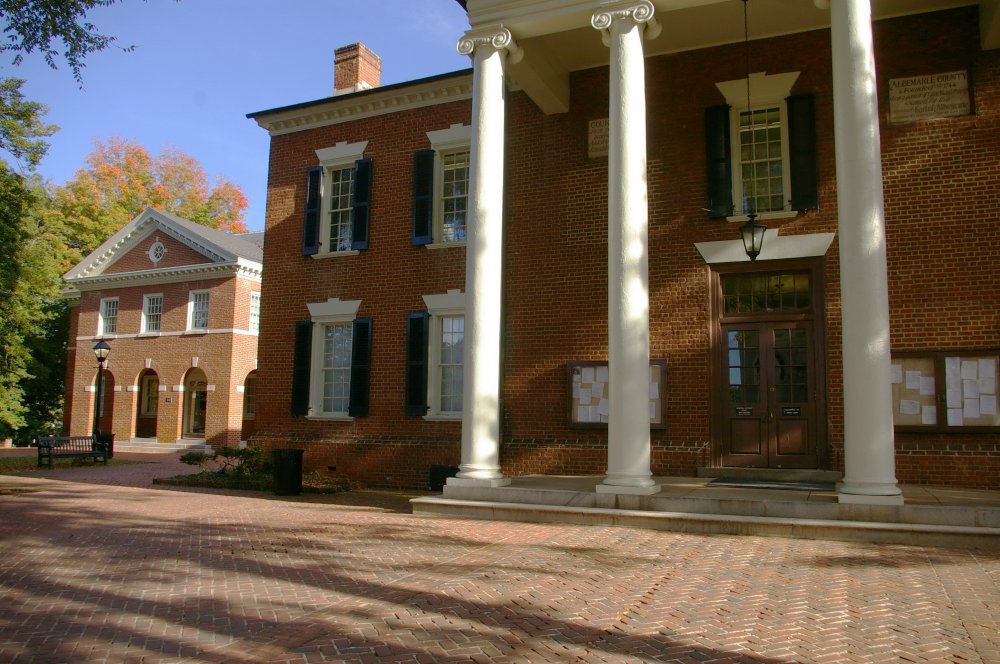 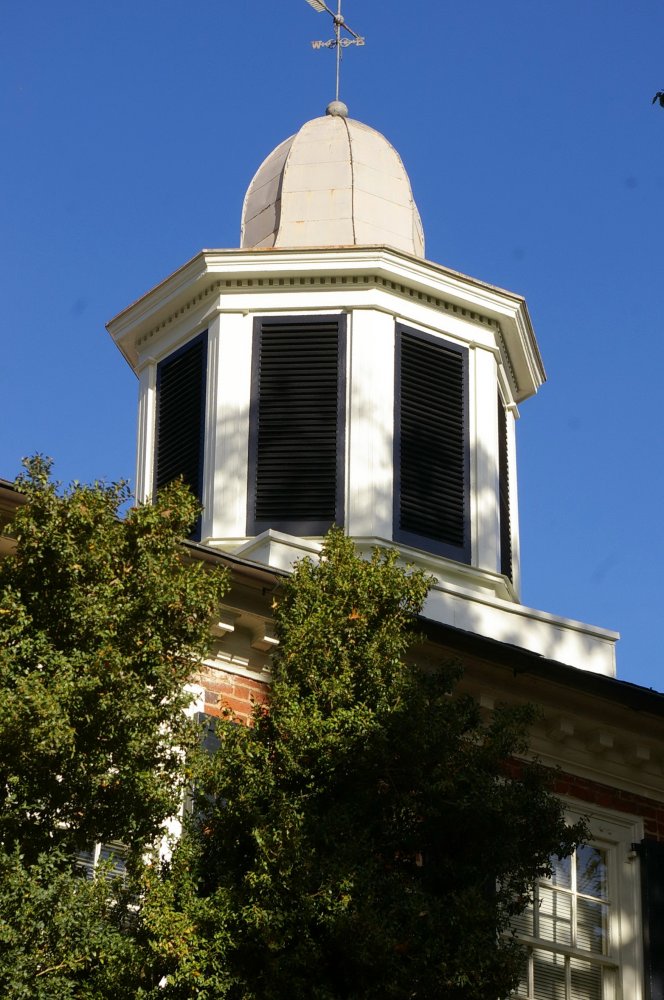 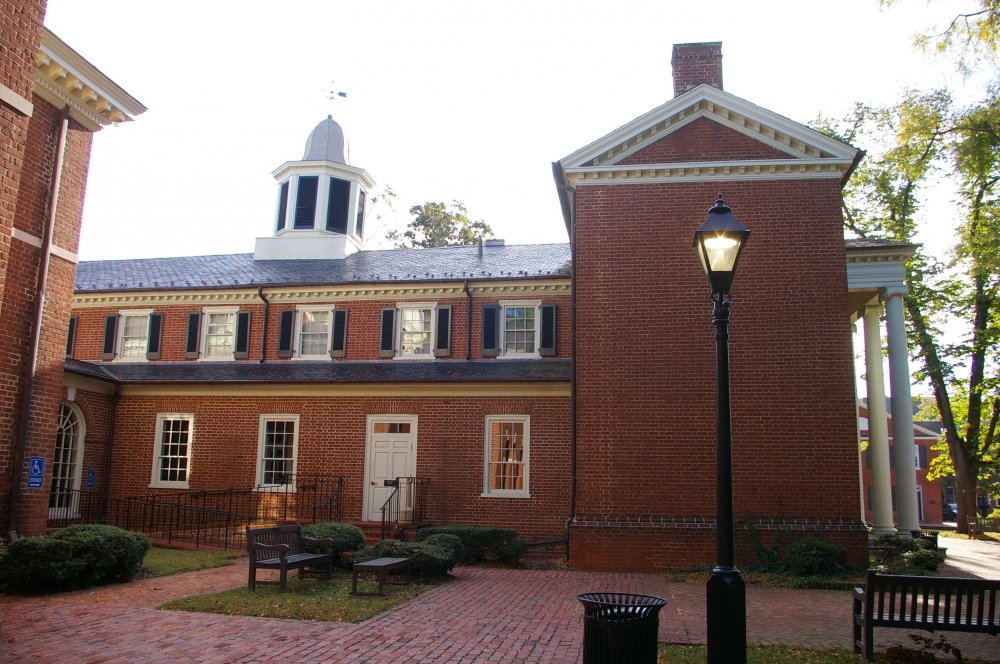 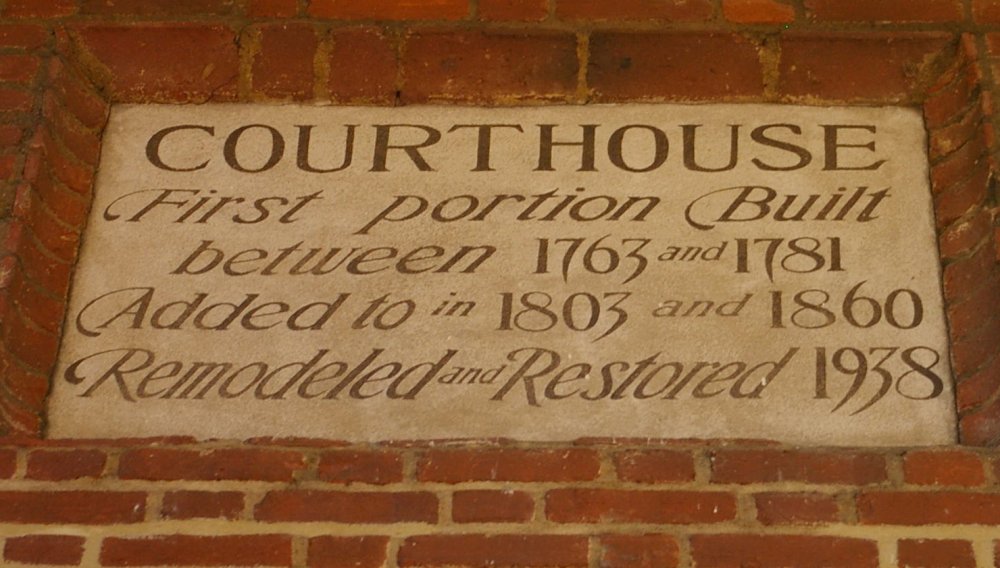 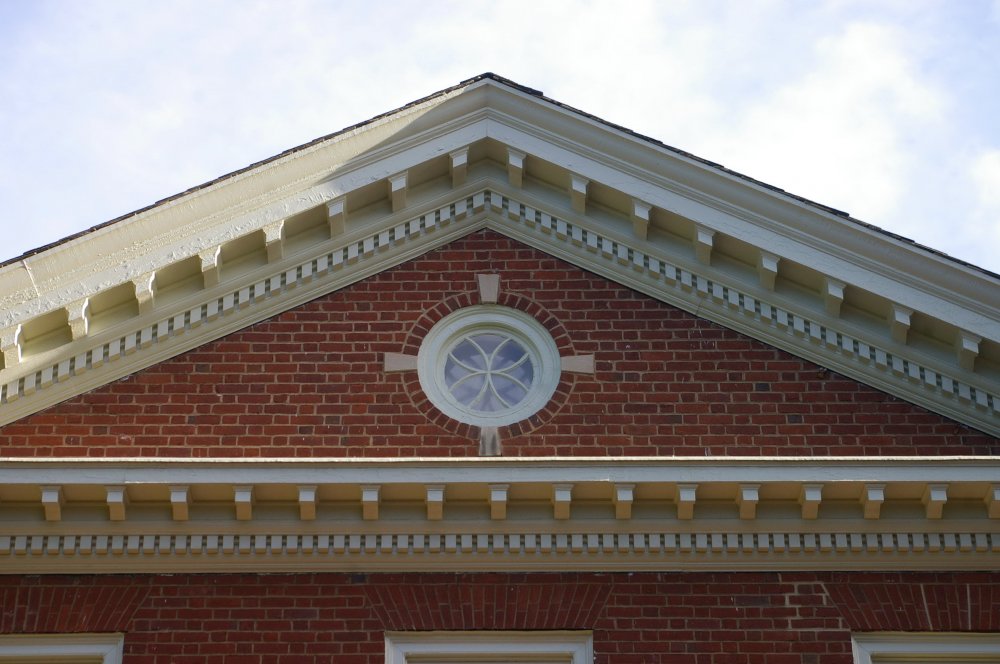 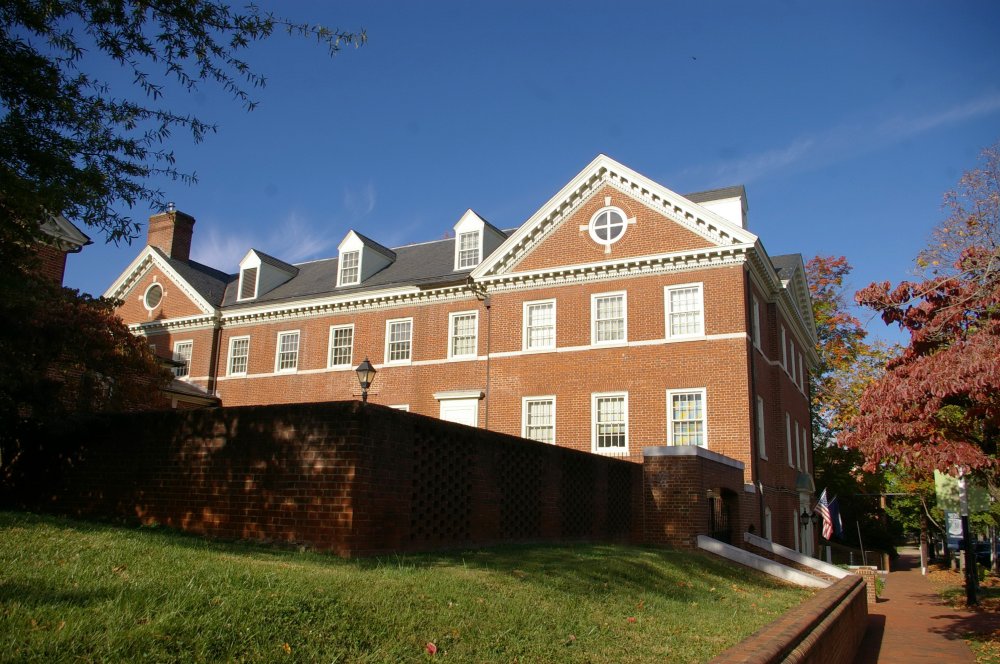 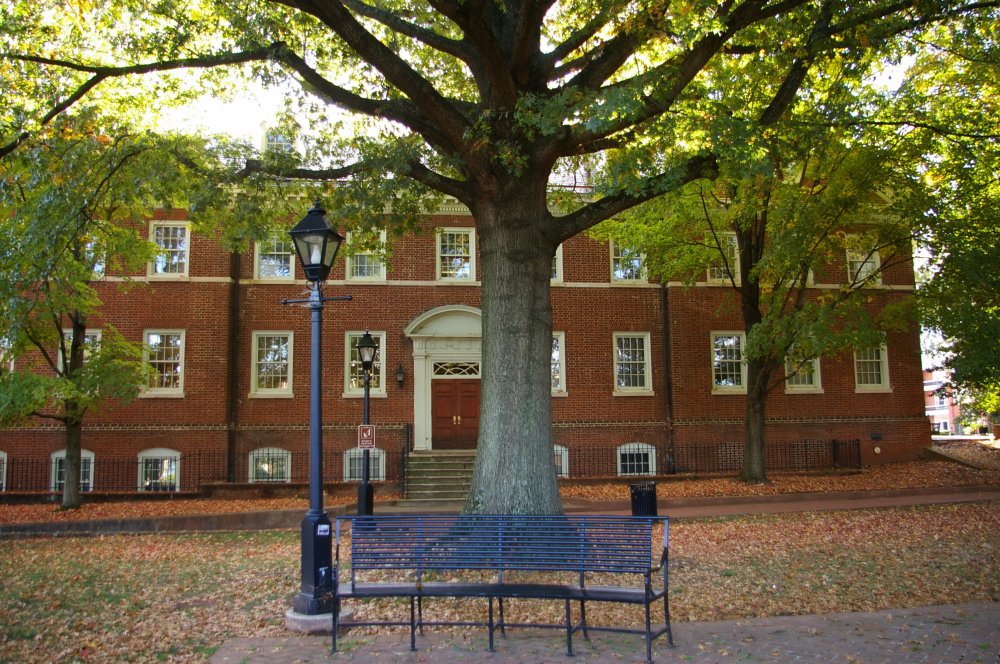 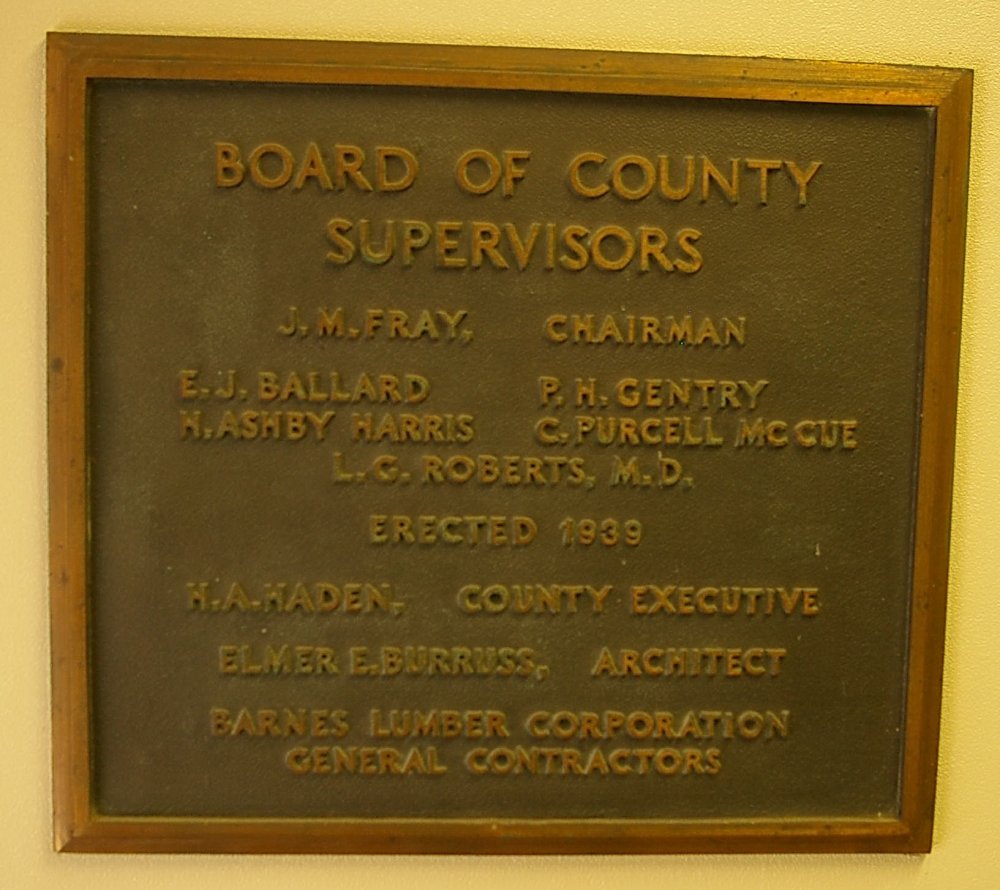