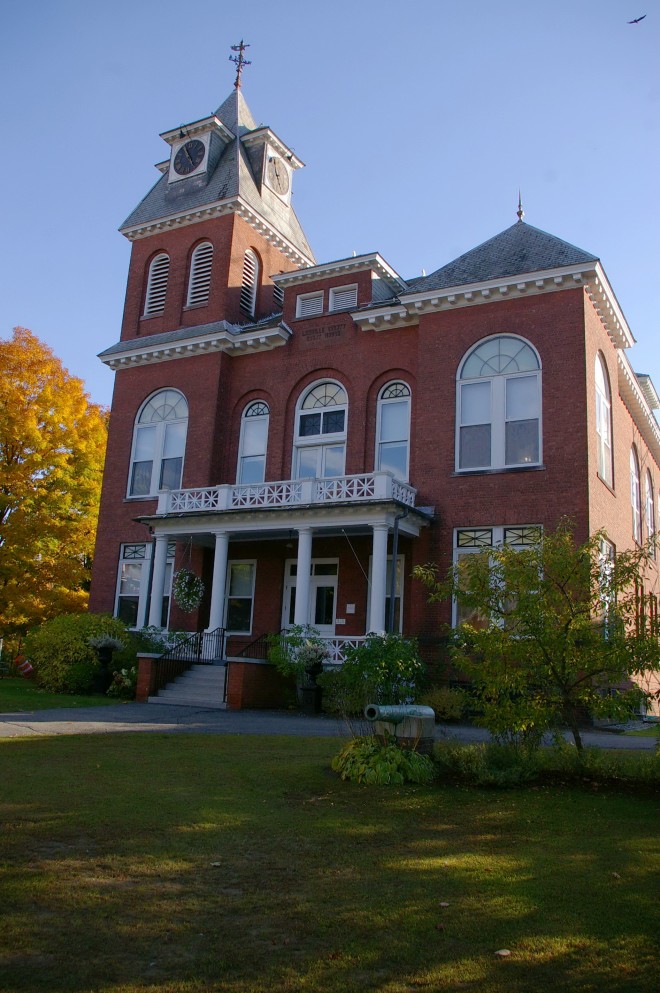 Description:  The building faces north and is a two story red colored brick structure. The building is located on landscaped grounds in the center of the town. The north front has a one story porch supported by four columns and with balcony on the second story. On the northeast corner is a high square clock tower with steep roof. On the northwest corner is a shorter square tower. The second story windows are arched. The roof is hipped. The large courtroom is located on the second story. On the west side of the courthouse is the two story red colored brick old Sheriff Residence. 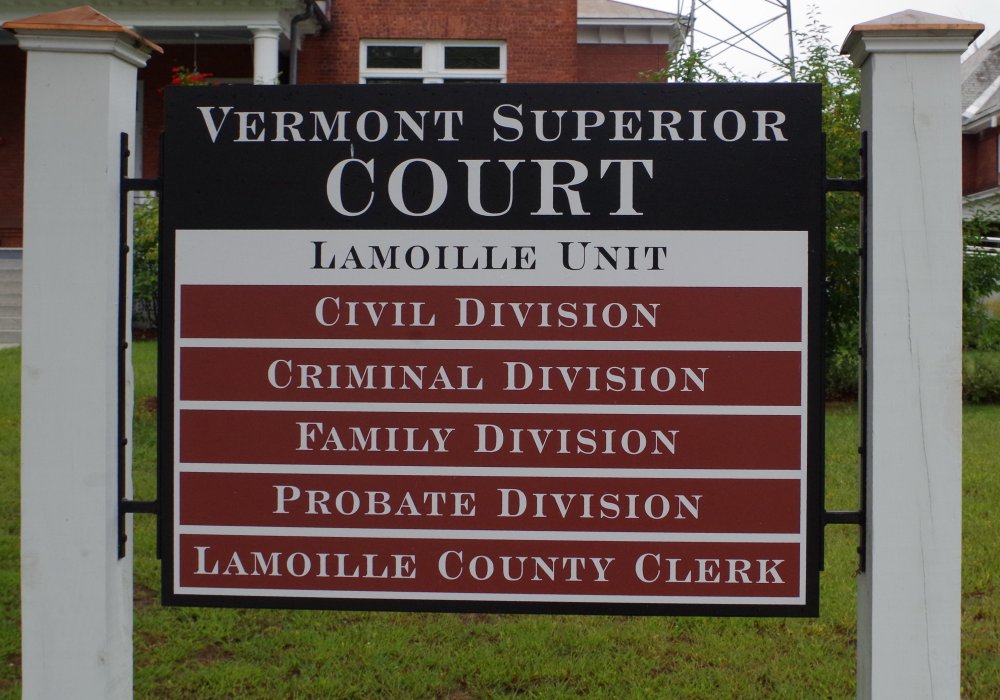 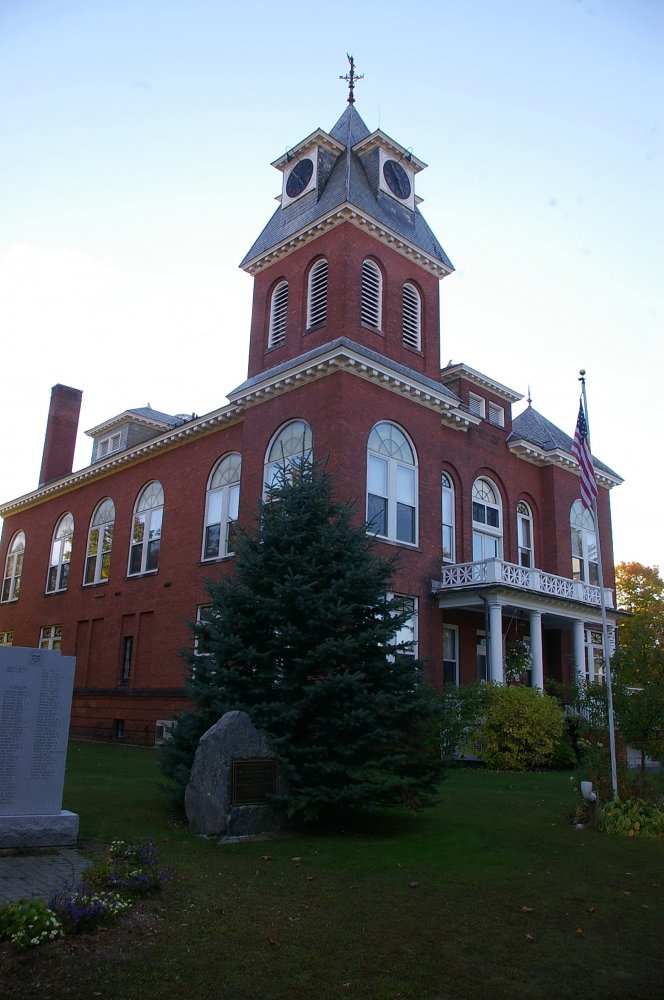 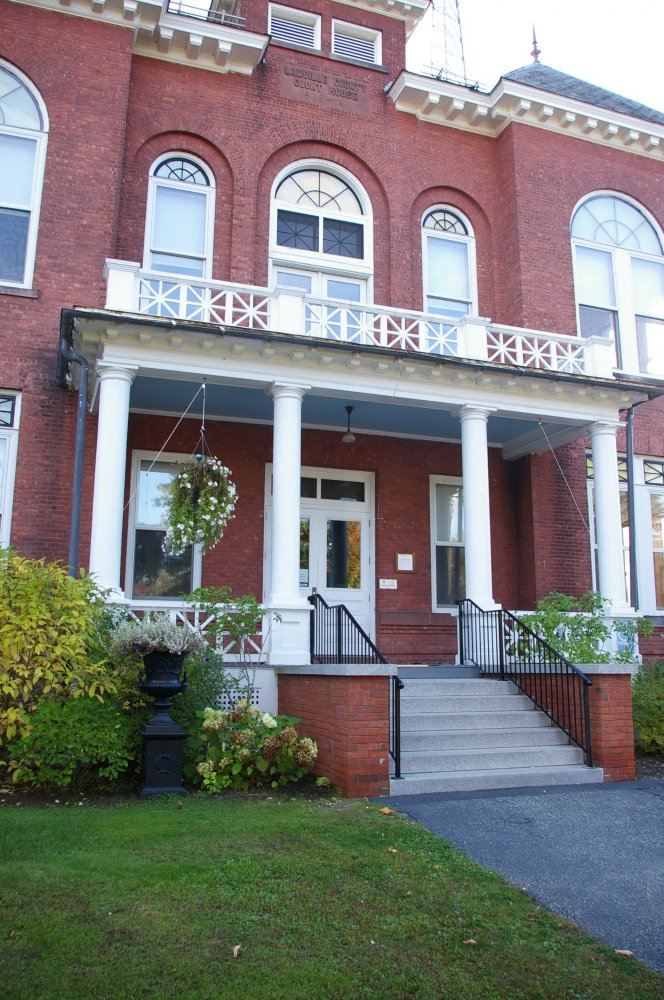 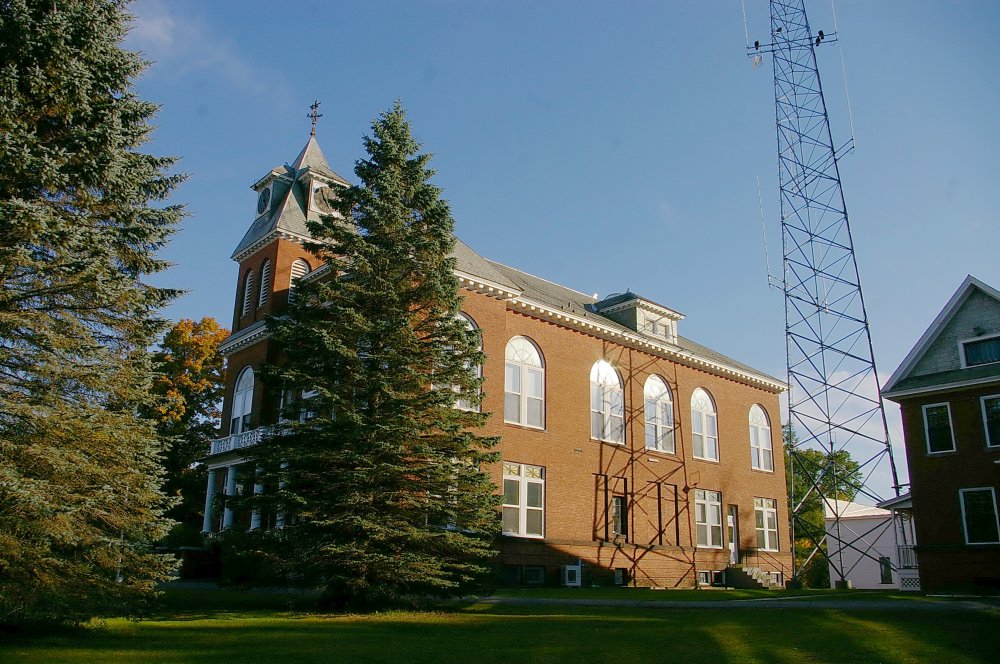 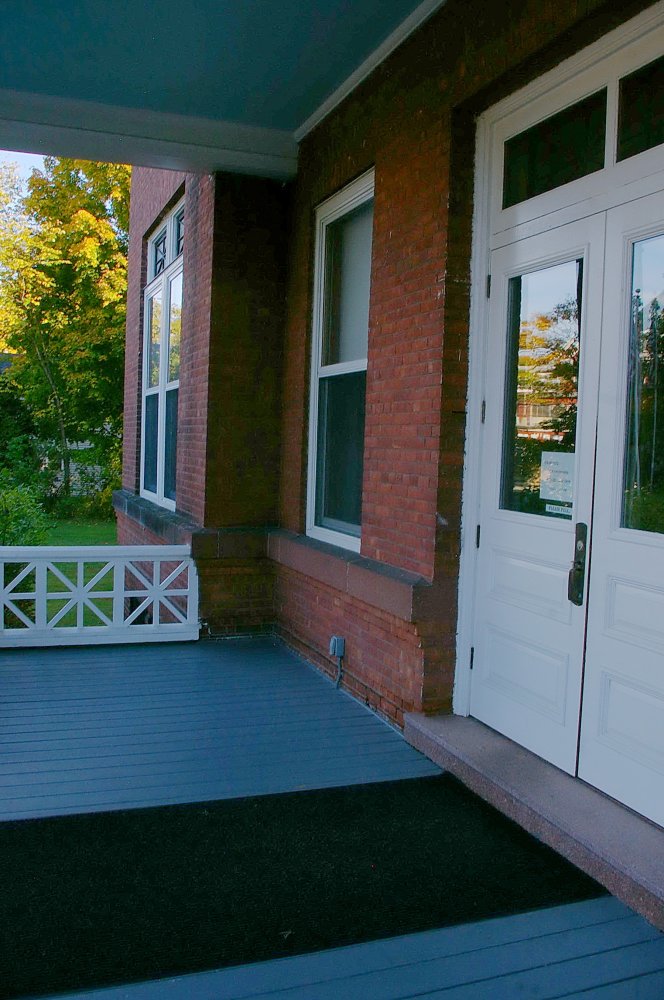 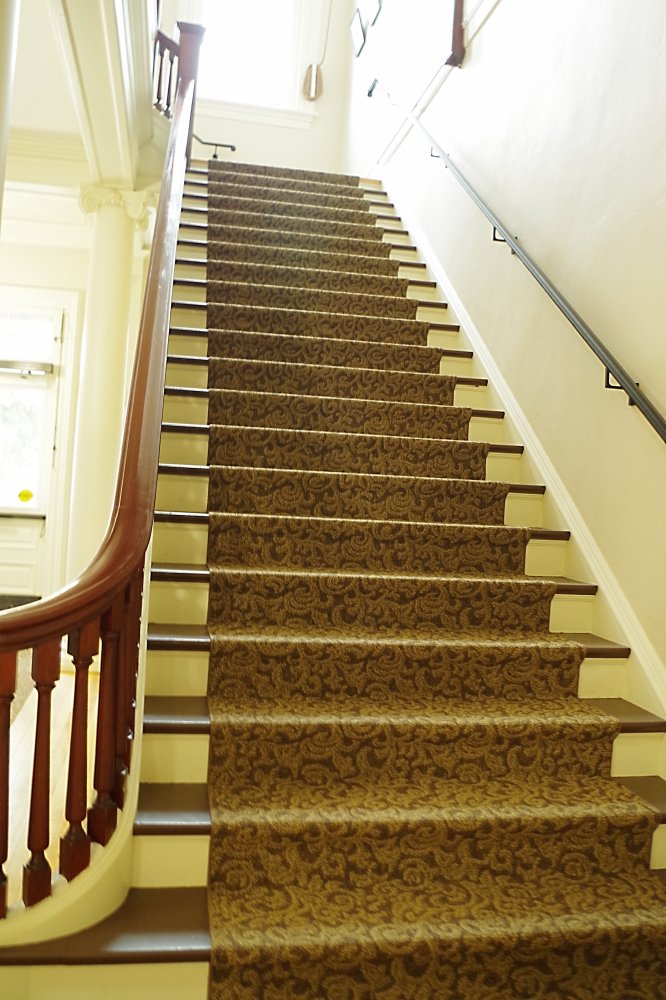 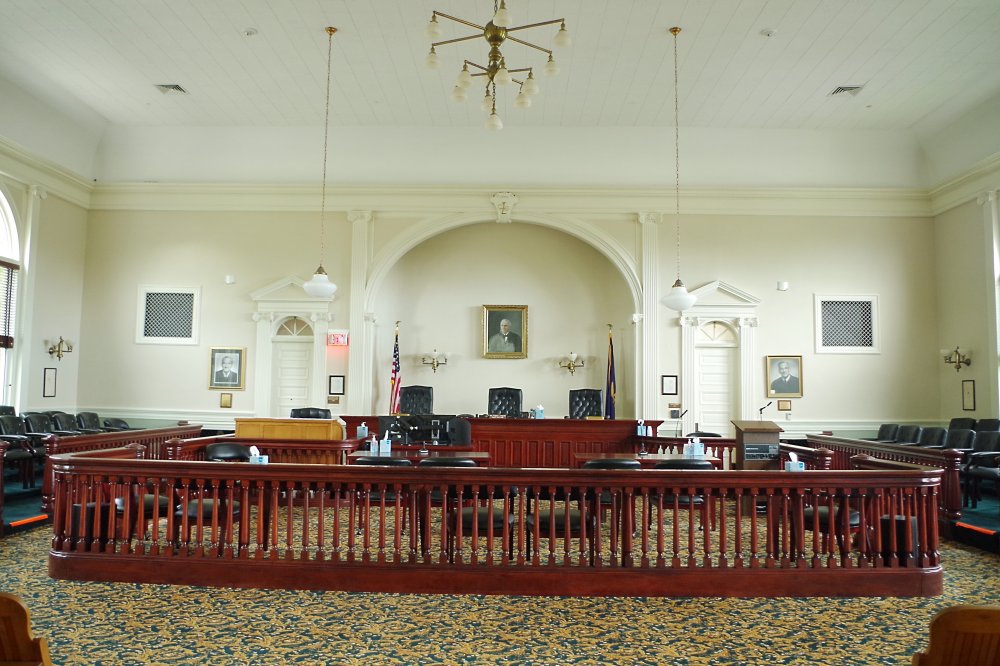 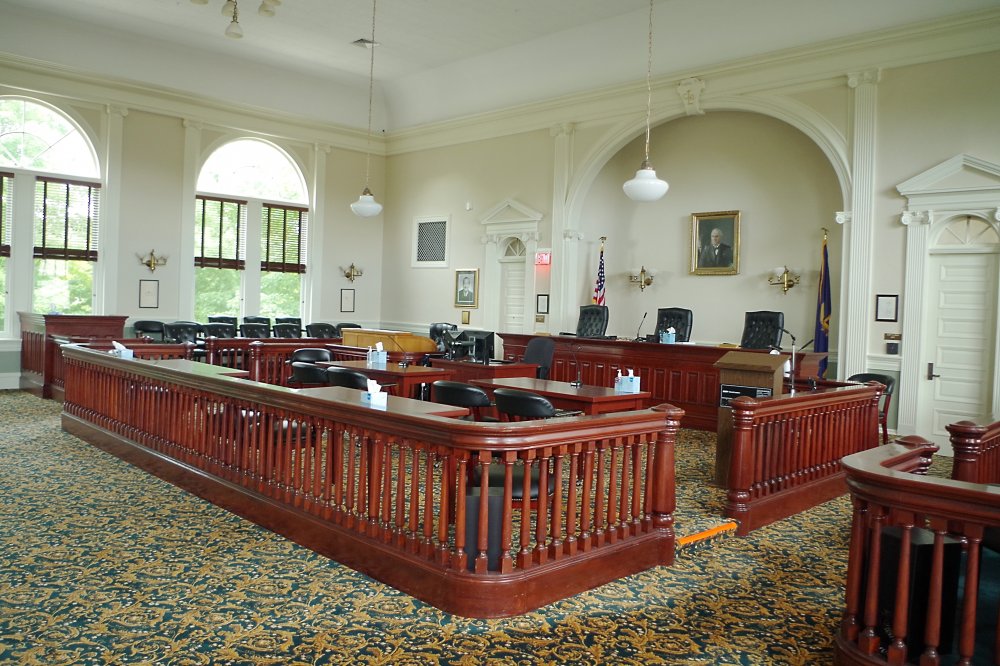 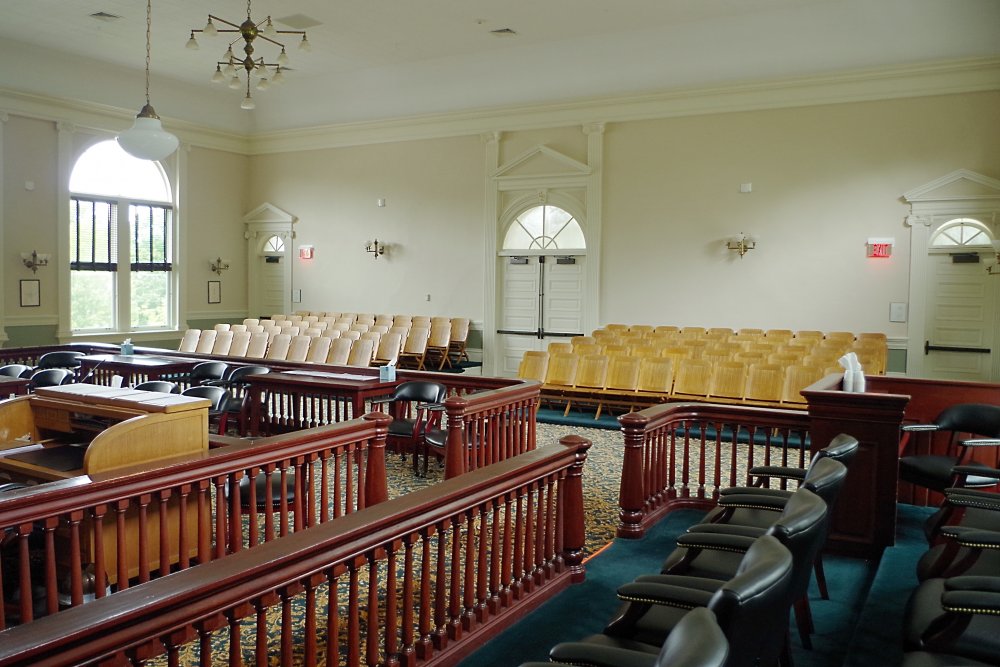 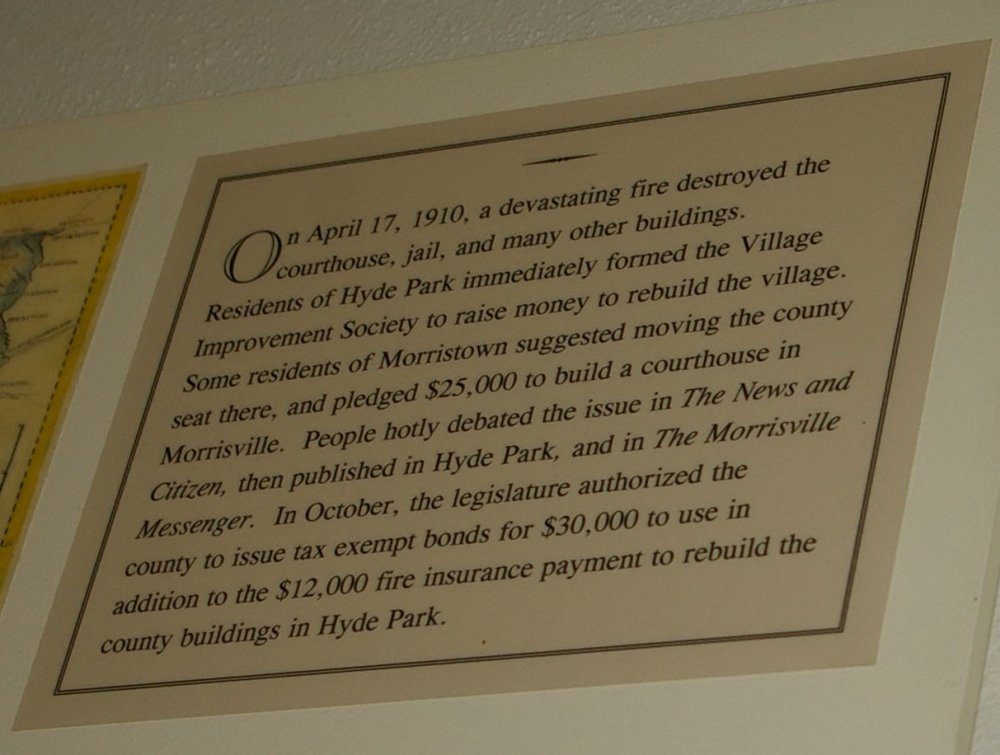 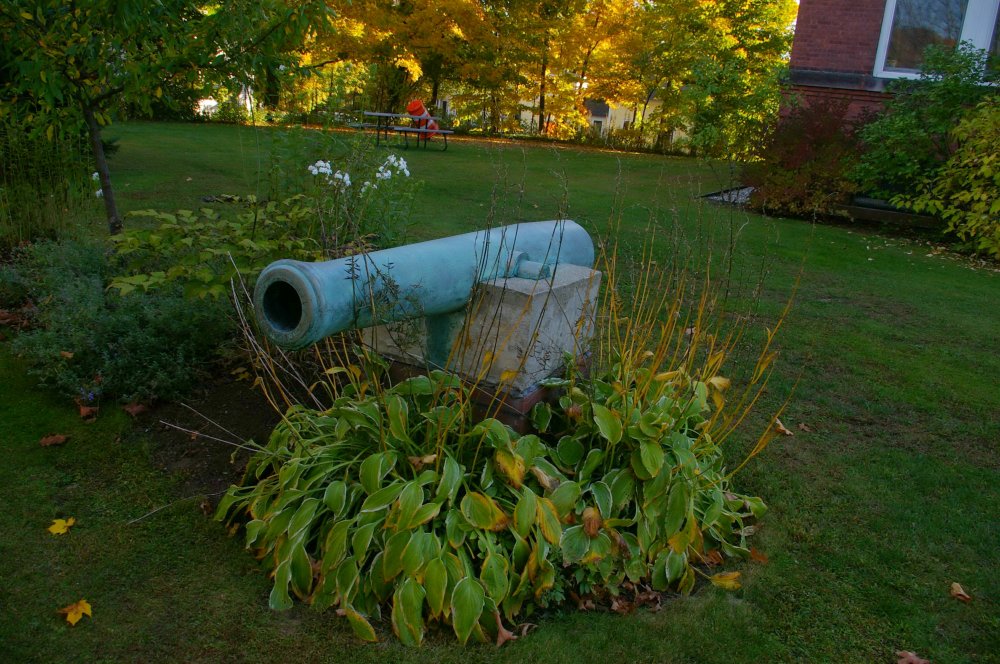