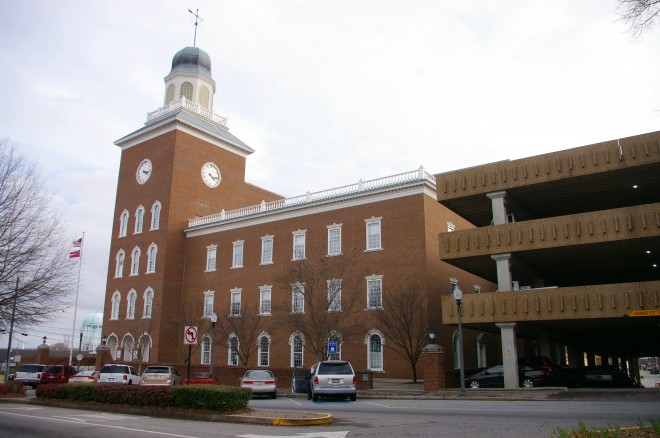 Spalding County is named for Thomas Spalding, who was a noted political leader in Georgia, a congressman and a planter.

Description:  The building faces north and is a four story brown-red colored brick and concrete structure. The building is located in the center of Griffin. At the north east corner is a large square five story tower with three arched entrances on the first story. The fifth story has a clock and platform with white colored cupola at the top. The north front section is three stories with a railing along the flat roof line and with a recessed fourth story with flat roof line on the south side. The building houses the Superior Court and State Court of the 6th Judicial District. On the north side is the County Courthouse Annex and to the northeast is the old second county courthouse.

Description:  The building faces north and is a two story red colored painted brick structure. The building is located in the center of Griffin to the northeast of the courthouse. The north front has a wide porch on the first story with recessed entrance. The south side also has a wide one story porch. The windows have white colored trim and the hipped roof has gable ends. The steeple and clock tower were removed in 1910 and the building was converted into a jail in 1911. The building now houses the Spalding County Extension Service and 4H Offices.

See:  The old County / Jail served as the second courthouse from 1859 to 1911 and then served as a jail. The contractor, David Demaret of Athens also constructed the courthouse in  Greene County.

History:  The county was created in 1851 and Griffin was designated as the county seat. The first courthouse was the Griffin City Hall until 1859 when the second courthouse, a two story brick structure, was designed by C Hughes and built by David Demaret of Athens at a cost of $12,000. The courthouse is still standing at 232 East Broad Street. The third courthouse was a two story yellow colored brick structure designed by A Ten Eyck Brown and constructed by Newton Coal & Lumber Company in 1911. There was a fire on January 12, 1981 due to faulty wiring and the 1970’s annex became the fourth courthouse. A former A&P grocery store was used by county courts and departments. The fifth and present courthouse was constructed in 1984 to 1985. 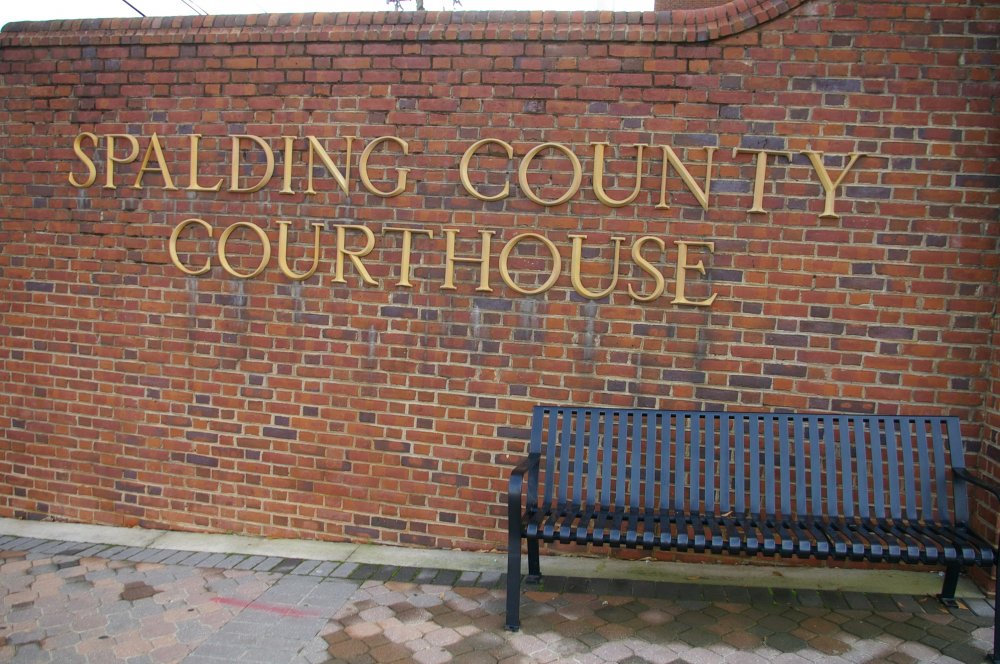 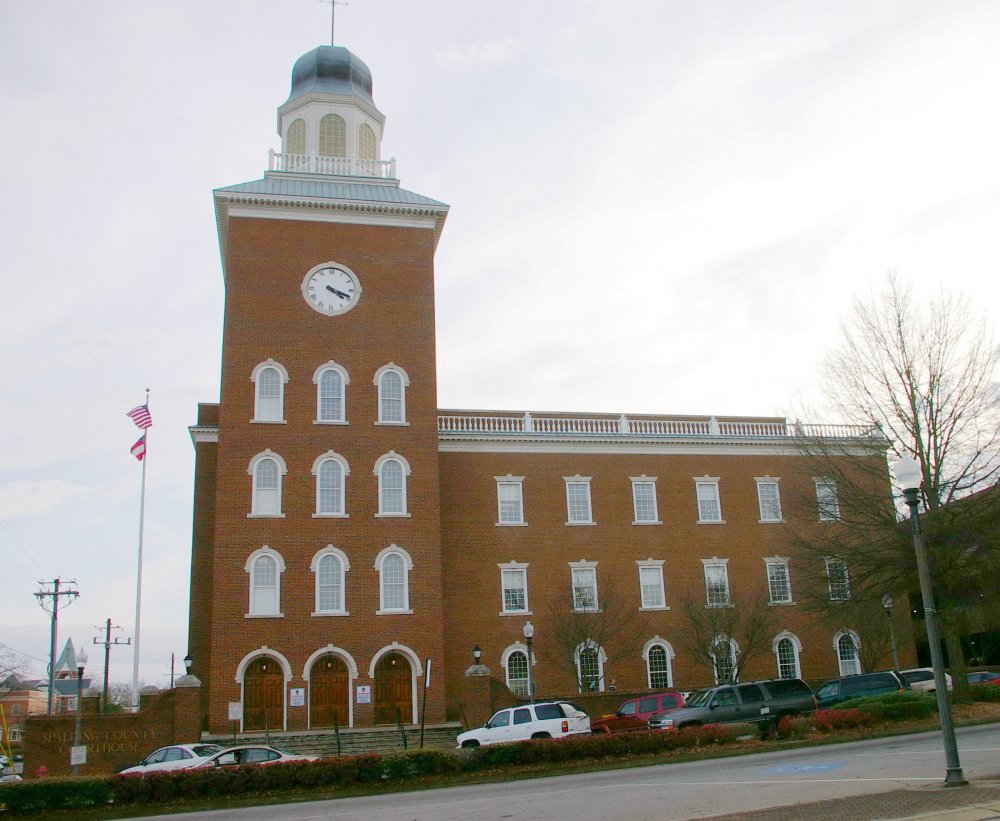 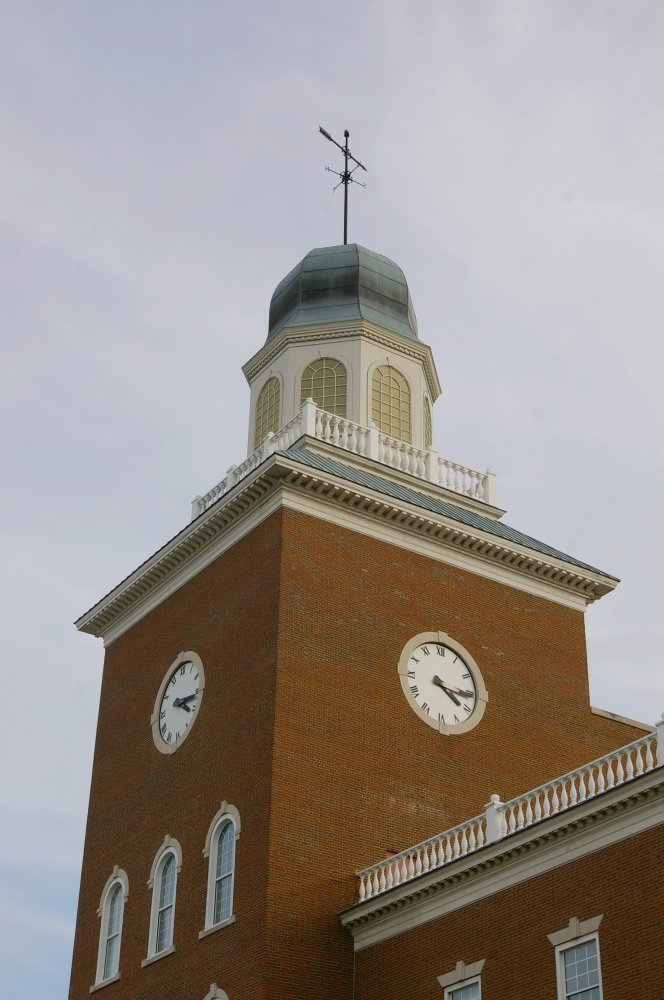