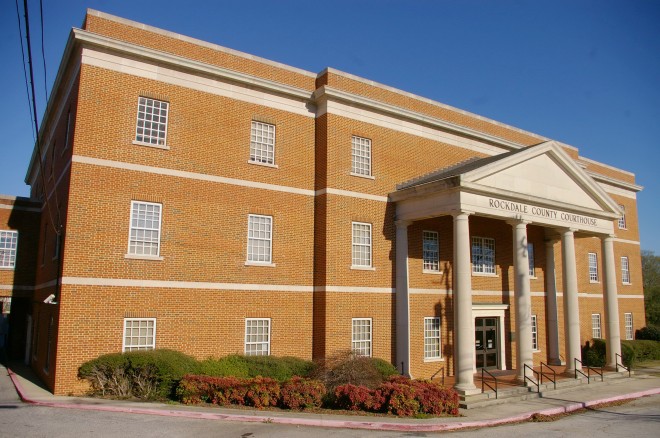 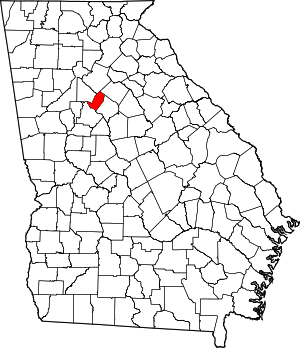 Description:  The building faces east and is a three story red colored brick and concrete structure. The center sections on the east and west sides project slightly from the main rectangular building. On each side are porticos with four columns rising to a pediment at the third story. A cornice runs below the roof line and there are narrow horizontal bands between the floors. The roof line is flat. The building is connected on the south side to the old courthouse. Description:  The building faces south and is a one story red colored brick and concrete structure. The south front has a framed central entrance. On the center of the roof is a square white colored cupola. The sloped roof is green color. Additions have been added on the east and west sides. The building is connected to the new courthouse on the north side. On the west side is a one story building forming part of the courthouse complex. The building was renovated in 1993. The architect was Homer Lewis & Associates Inc. On the west end is another one story red colored brick building constructed in 1937 as a Post Office. The architects were Louis A Simon and Neal A Melick.