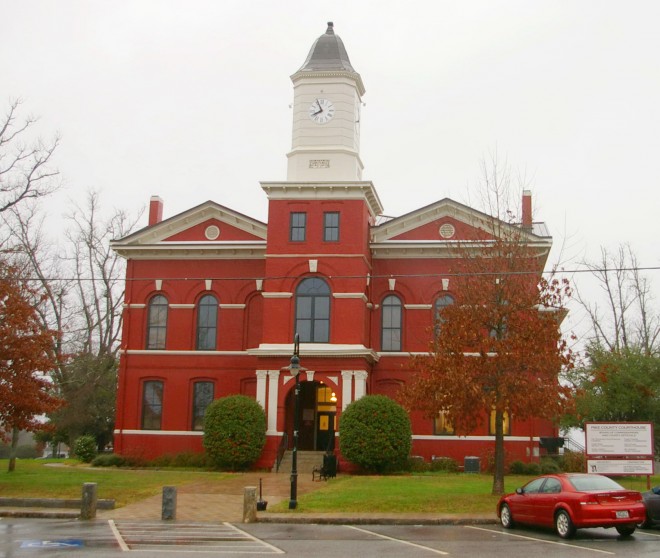 Pike County is named for Zebulon Pike, who was a western explorer and who was killed during the War of 1812.

Description:  The building faces south and is a two story red colored brick and stone structure. The building is located on landscaped grounds in the center of Zebulon. The south front has a central square red colored brick clock tower with arched entrance flanked by double pilasters on the first story, arched window on the second story, two small windows on the third story and cupola at the top with clock and dome roof. On either side of the tower, the roof forms a peak. There are arched windows on the second story. The roof is gabled. On the north side is a large red colored brick addition. The building was remodeled in 1935 to 1936 under the Works Project Administration. In 2012 to 2013, the building is being renovated. The architect is Carter Watkins Associates Architects of Monroe and the contractor is J W Spratlin & Son of Lincolnton.