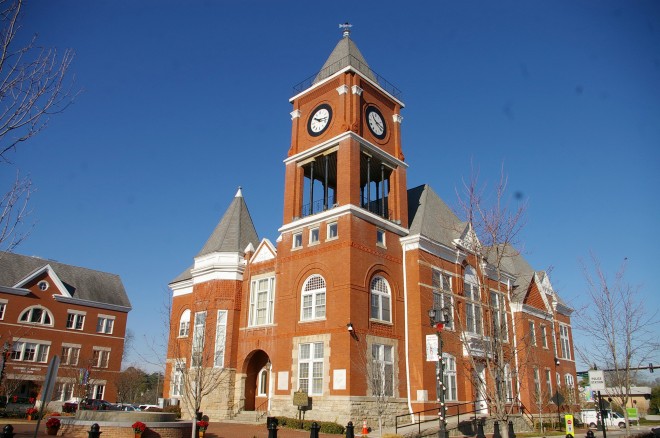 Pauling County is named for John Pauling, who was a hero of the American Revolutionary War.

Description:  The building faces south and is a two story red colored brick and stone structure. The building is located in the center of Dallas. The southeast corner has a high clock tower with open belfry, clock and steep roof. The entrance has a large brick stone arch with recessed entrance on the first story. There is a smaller tower on the west side of the arched central entrance. The rectangular building has a foundation of rough stone masonry. The roof is hipped. The building was renovated in 1956. The architect was Harry E Roos and the contractor was E P Austin Construction Company. The engineer was Southern Engineering Company. From 1984 to 1985, the building was restored. The architect was George Post Foote and the contractor was Shirah Contracting Company, Inc. The building now houses the Paulding Genealogical Society. 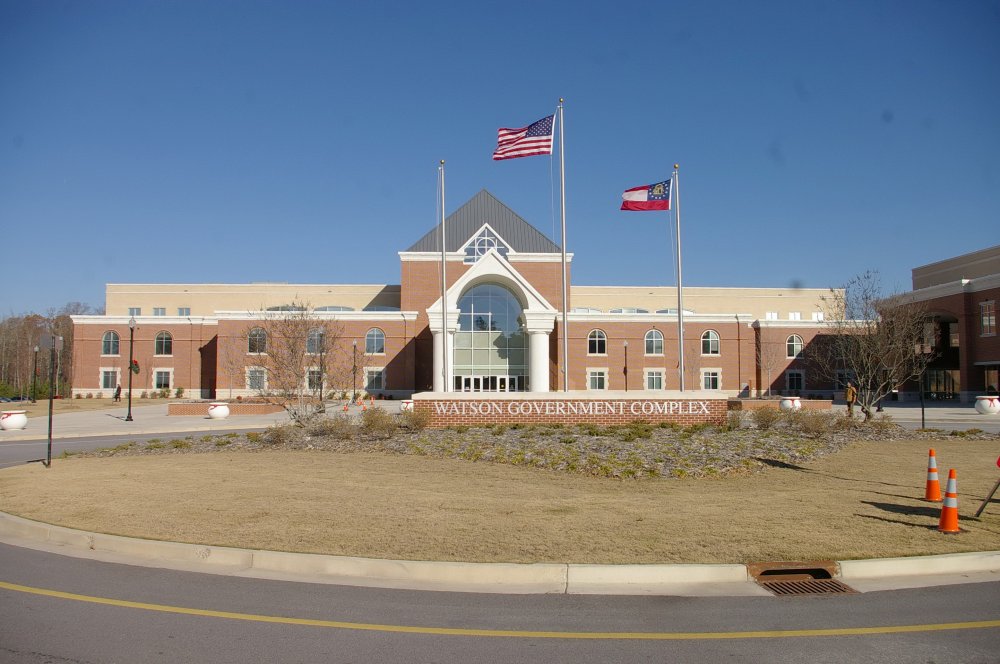 Description:  The building faces south and is a two story red colored brick and concrete structure. The building is located on landscaped grounds to the south of the center of Dallas and is named the Watson Government Complex. The west section has a large arch with recessed glass entrance and windows.  The courtrooms are located on the second story. The center section rises to a peaked roof. The east section extends south from the main building. The roof line is flat. 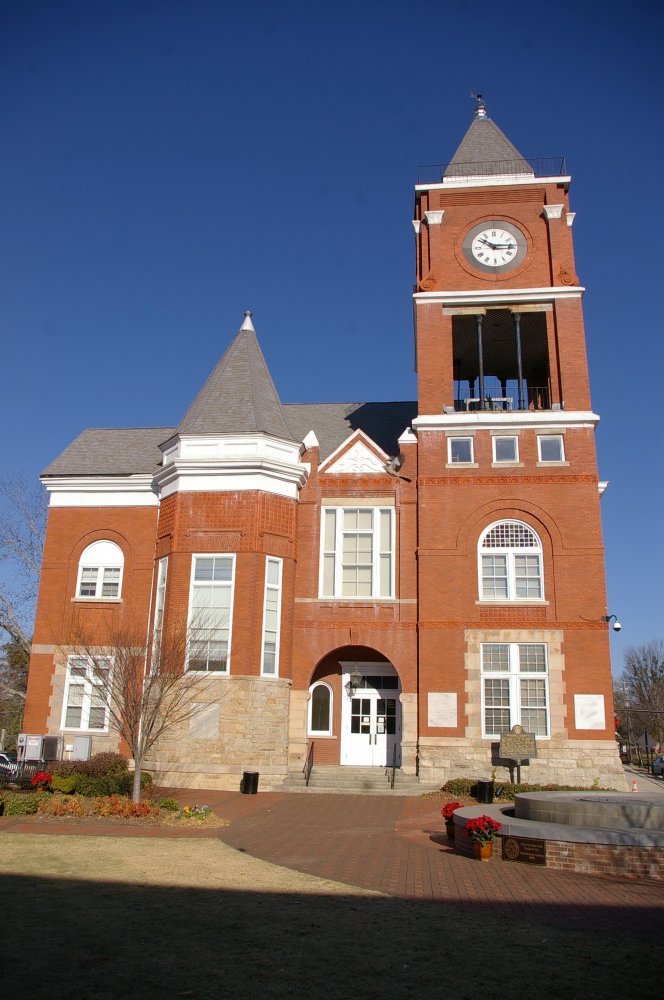 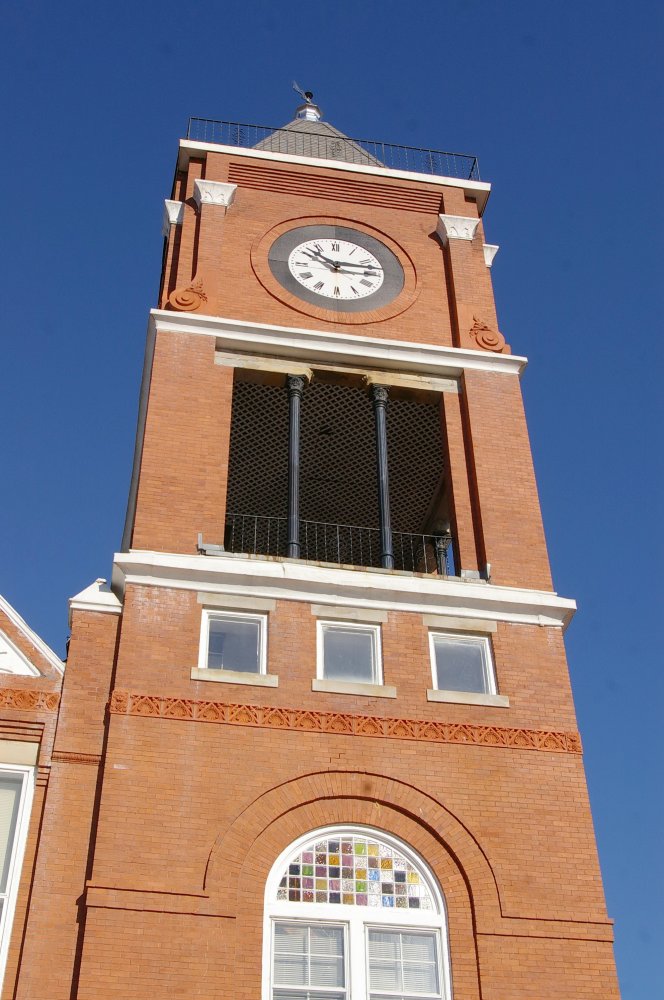 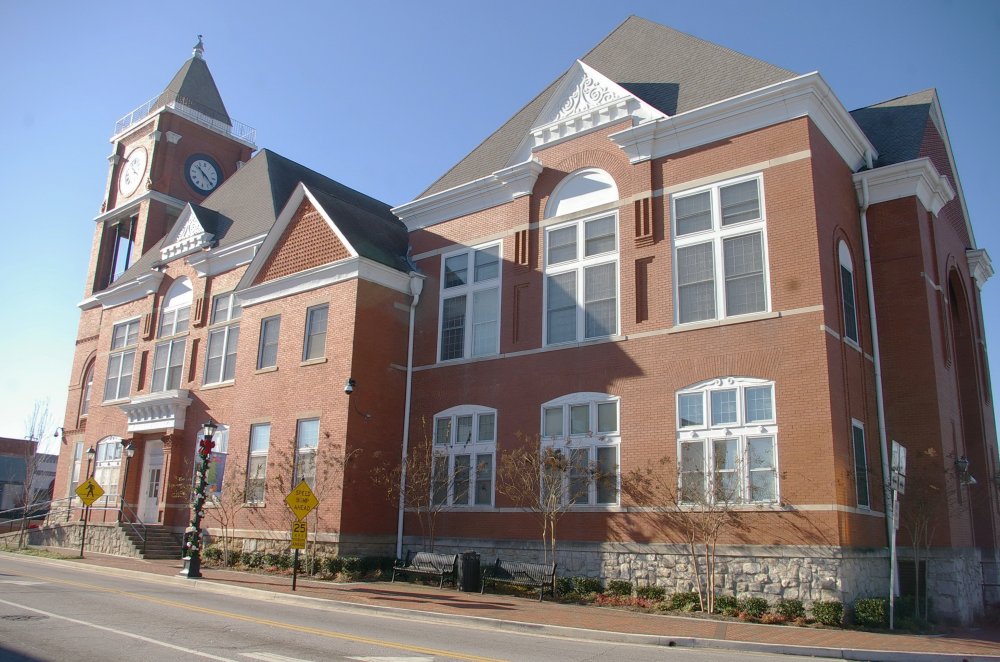 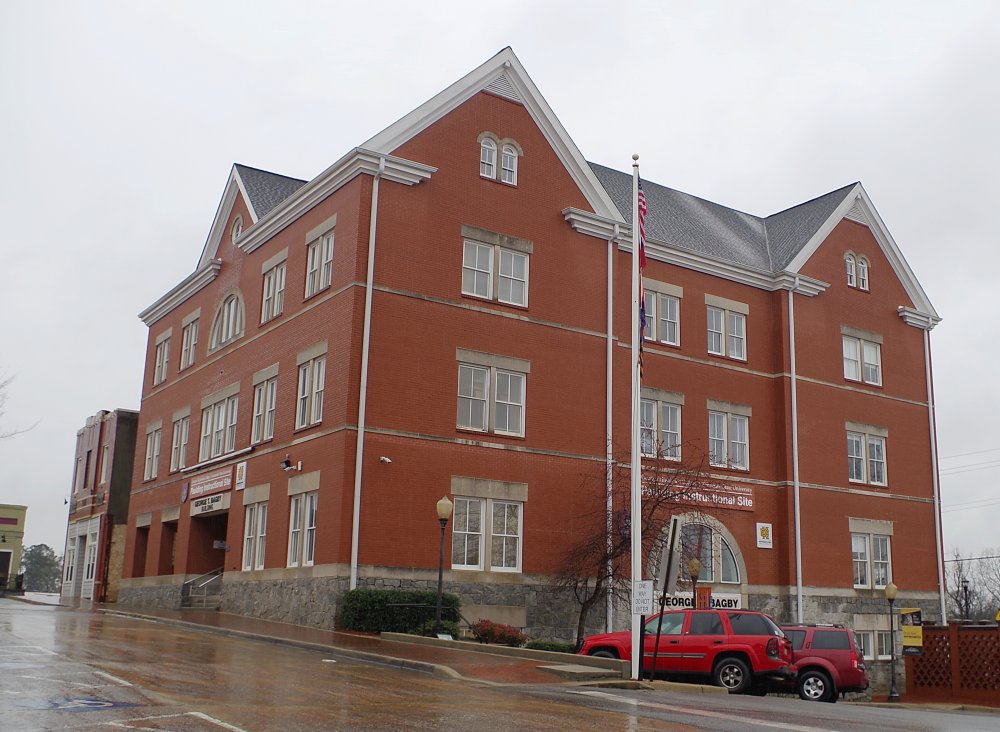 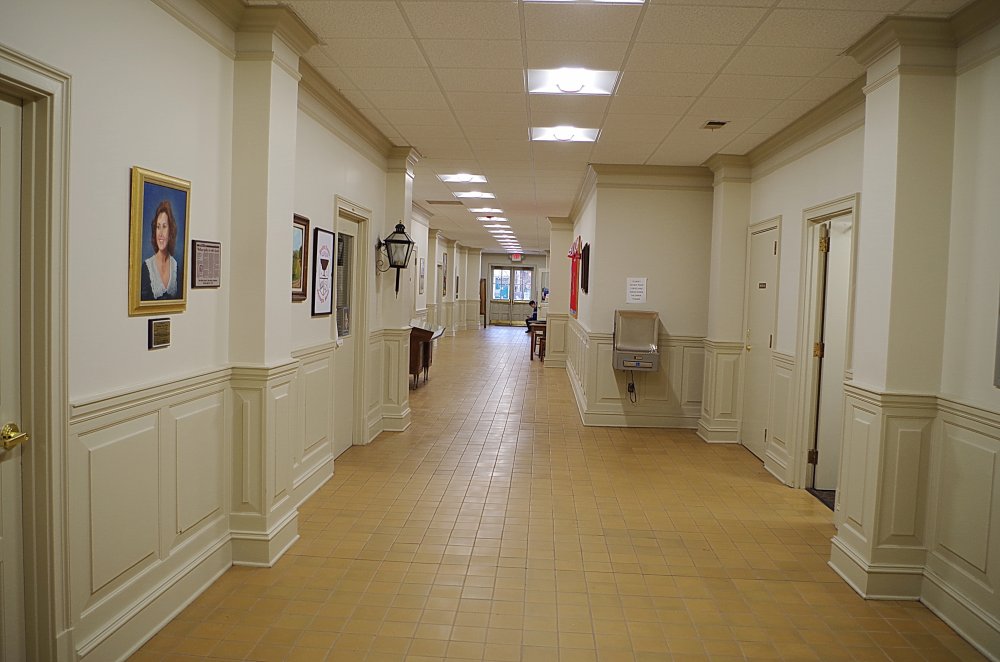 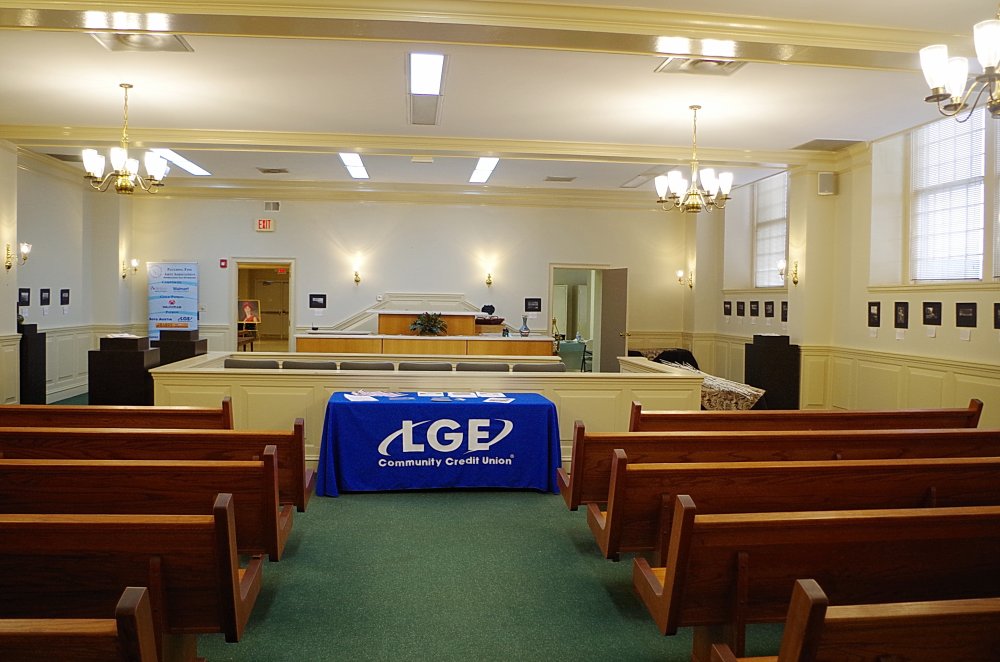 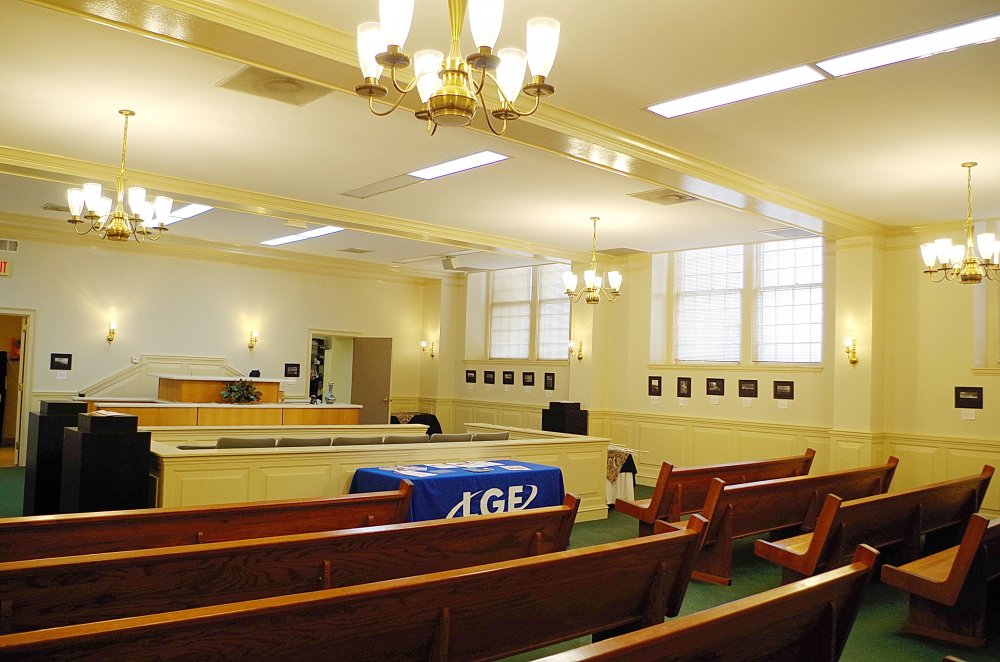 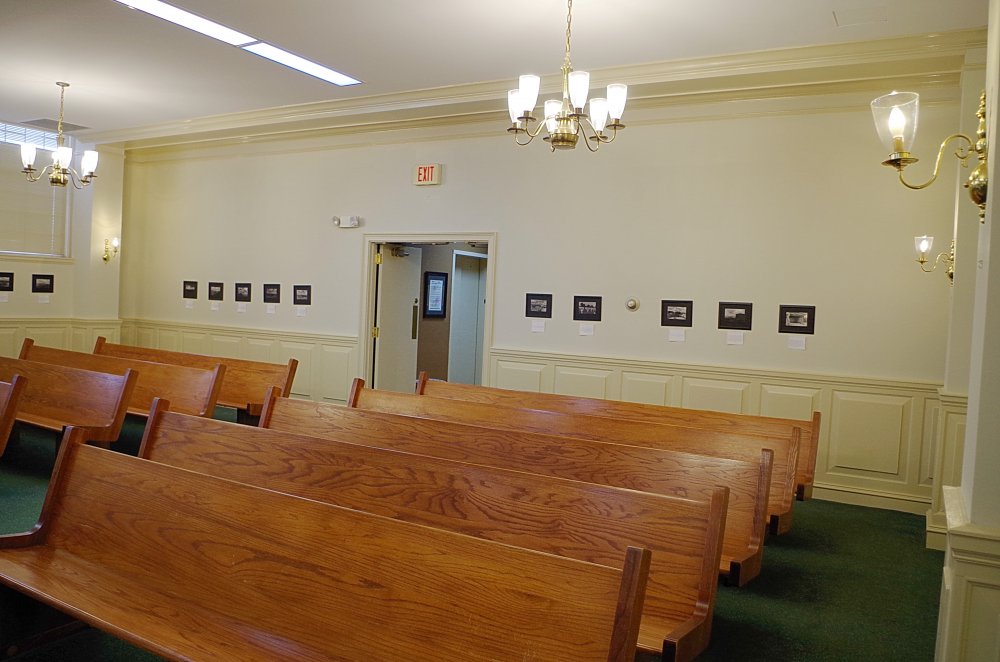 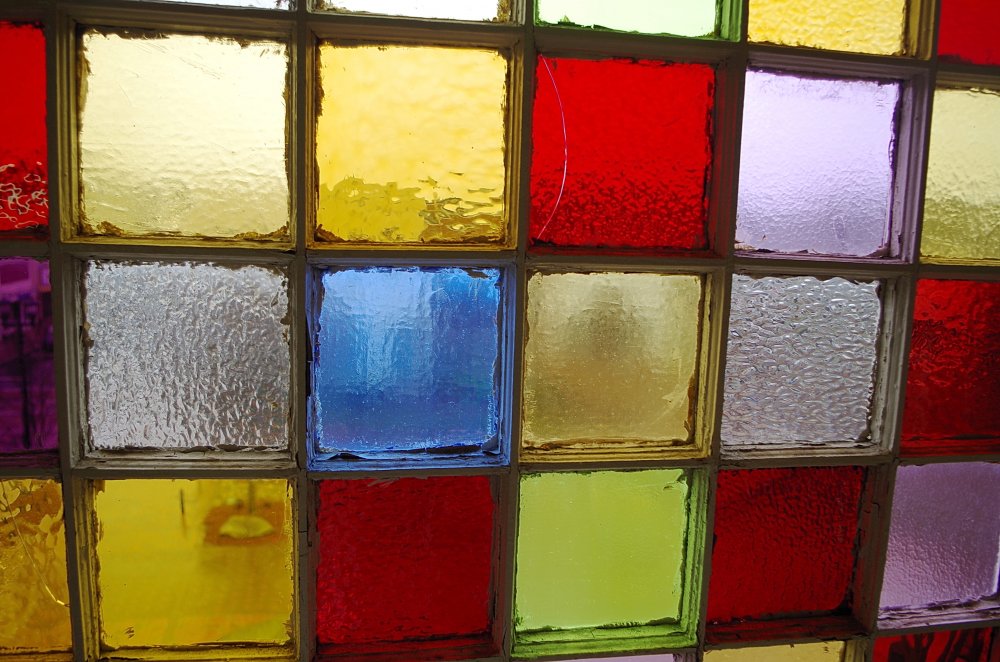 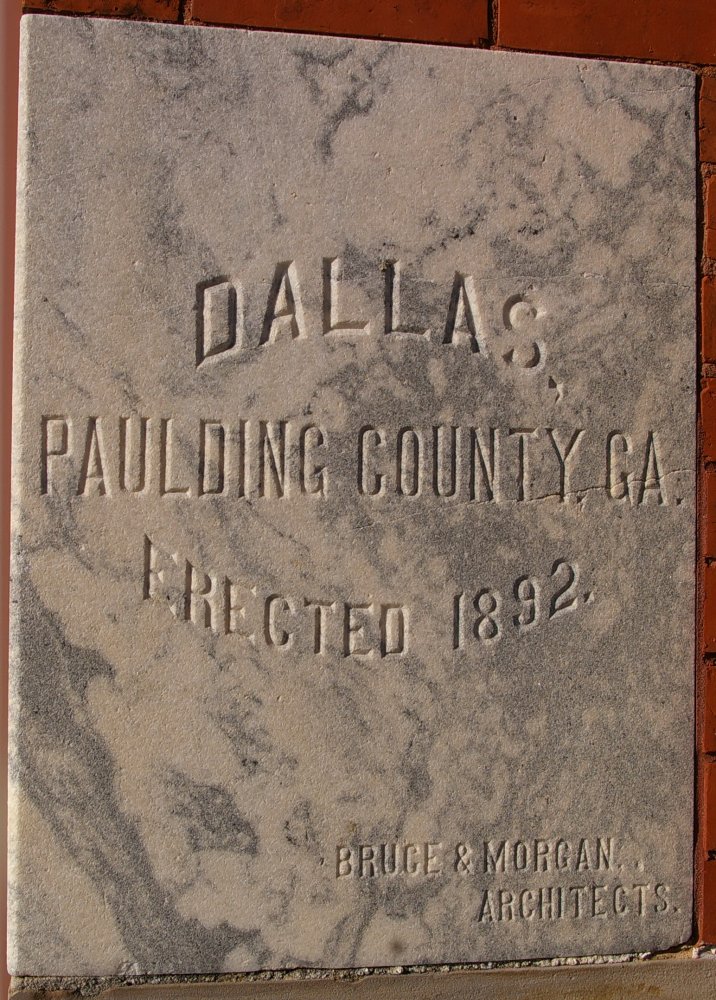 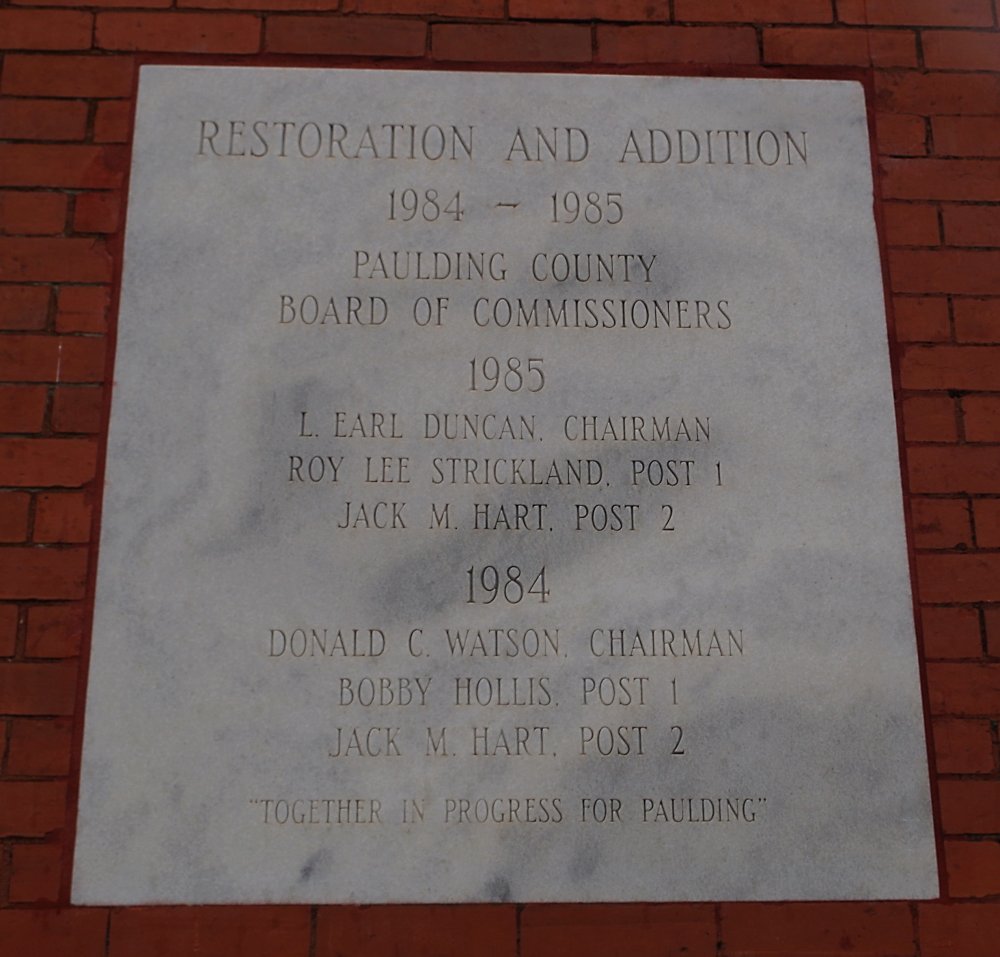