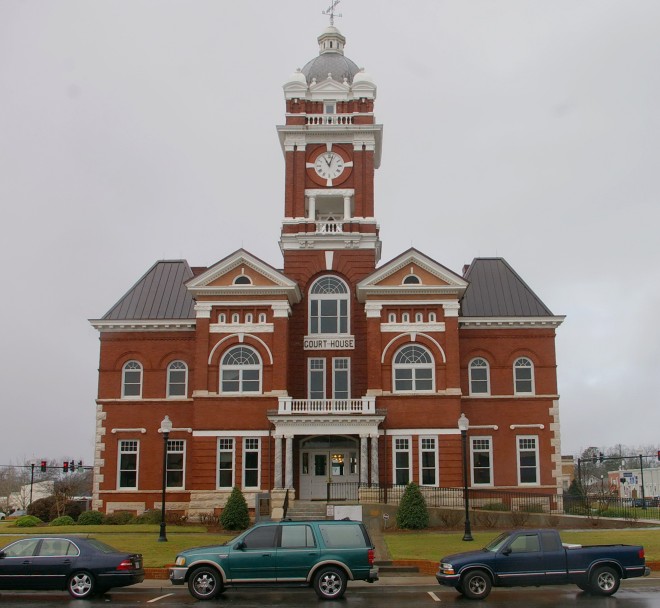 Description:  The building faces east and is a two story red colored brick and stone structure. The building is located in the center of Forsyth. The east front has a one story portico at the first story entrance with four columns rising to a balcony on the second story. On either side of the portico rise projecting sections with large arched windows on the send story and with pediments above the roof line. Behind the portico is a high square red colored brick clock tower rising to an upper section with cupola at the top. The foundation is rough stone. The roof is hipped. In 1978 alterations were completed. The architect was Brittain/Thompson Associates of Macon and the contractor was Ethridge Brothers Construction Company of Gray. In 1990, the clock tower was restored. The contractor was LNC-Specialty Restoration Inc. of Dublin, Ohio. The building was restored from 2007 to 2010 by the Monroe County Maintenance Department. 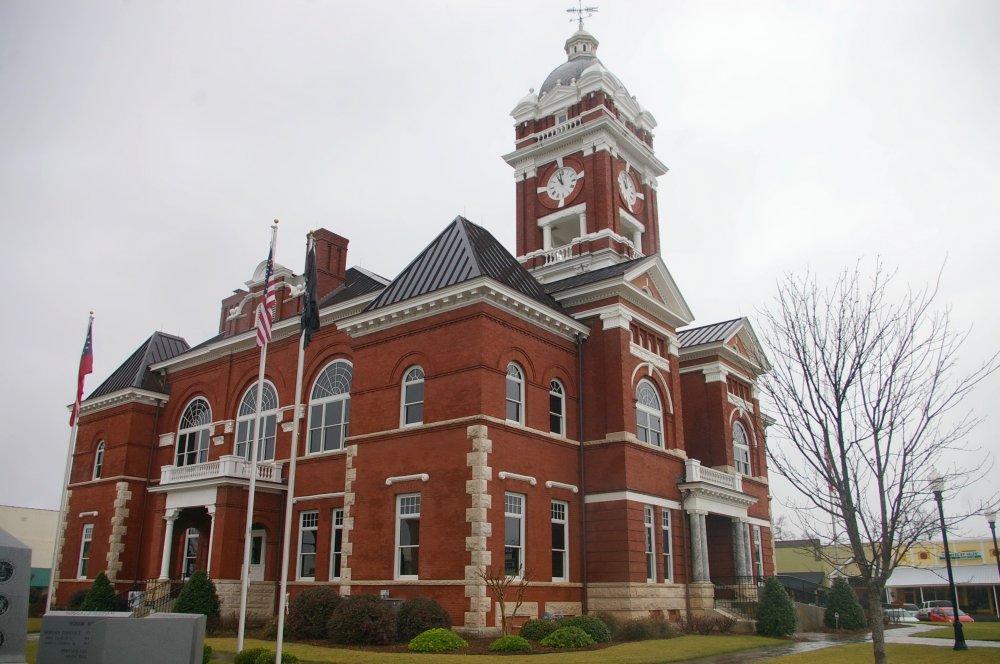 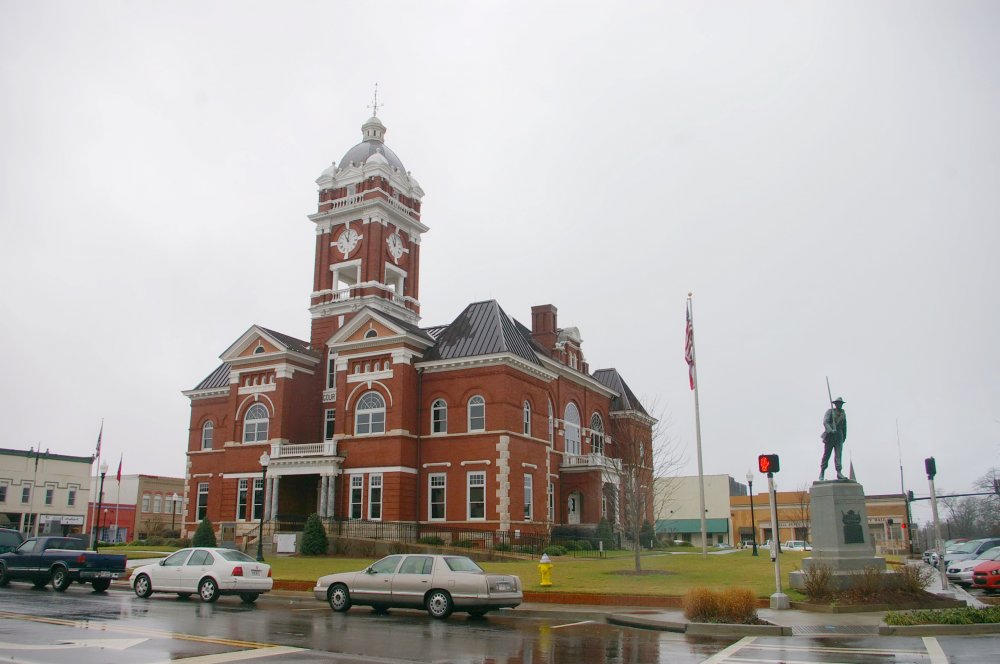 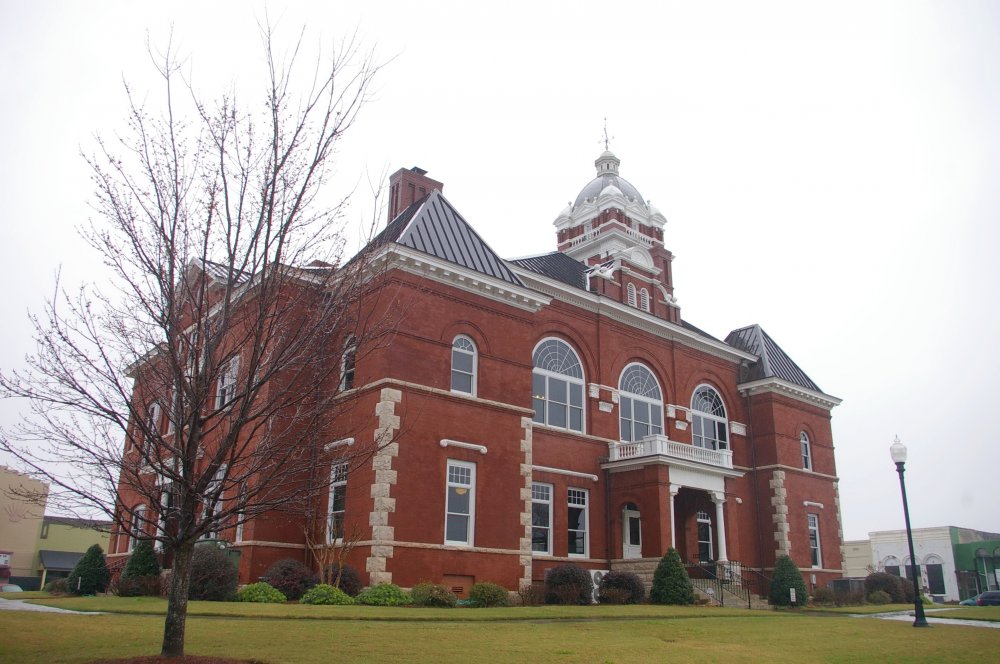 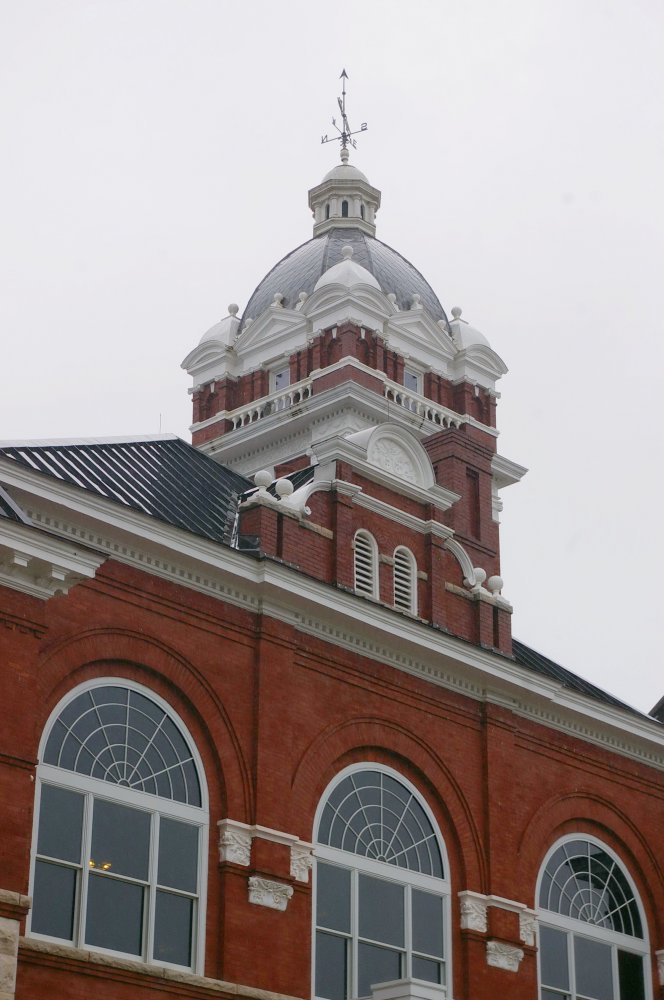 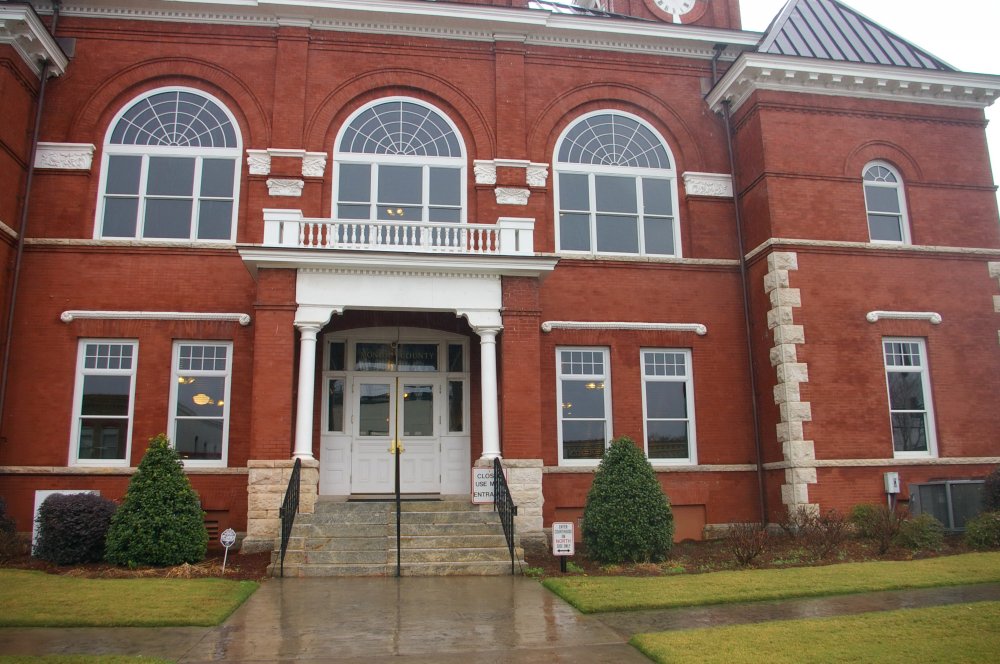 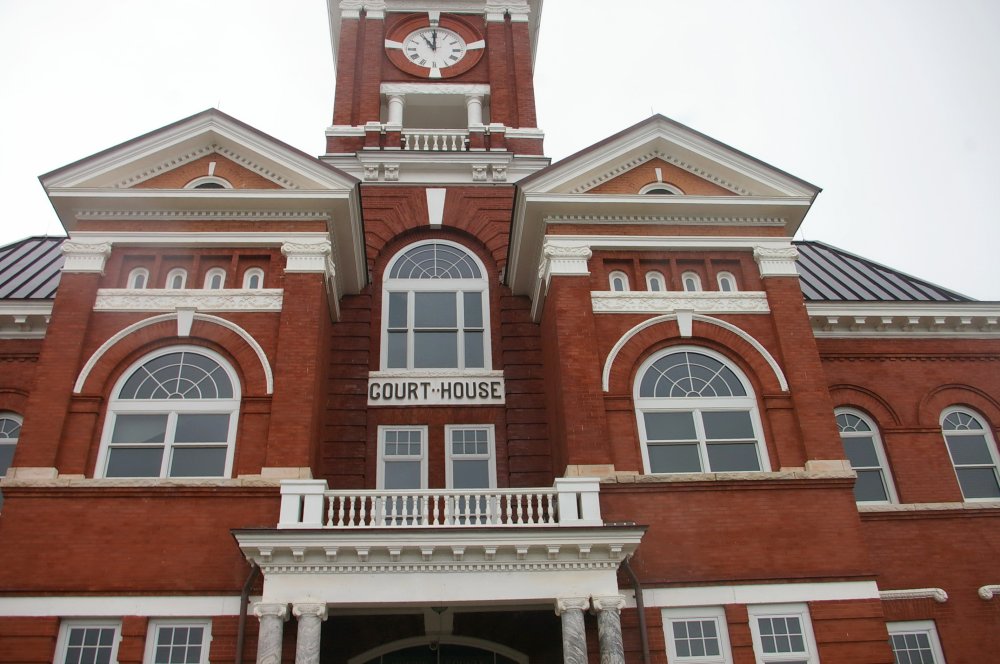 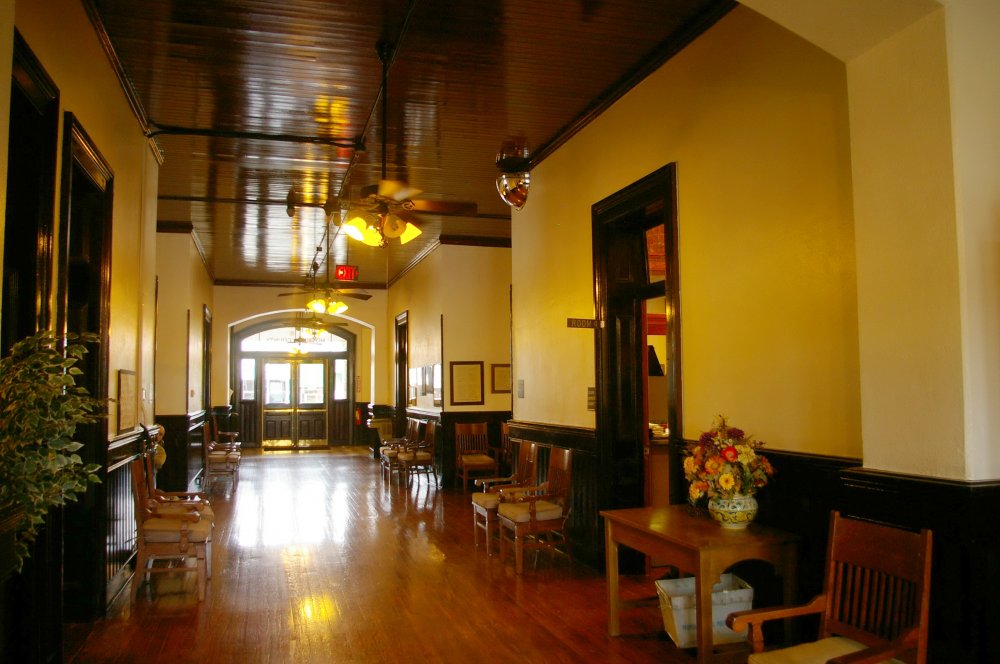 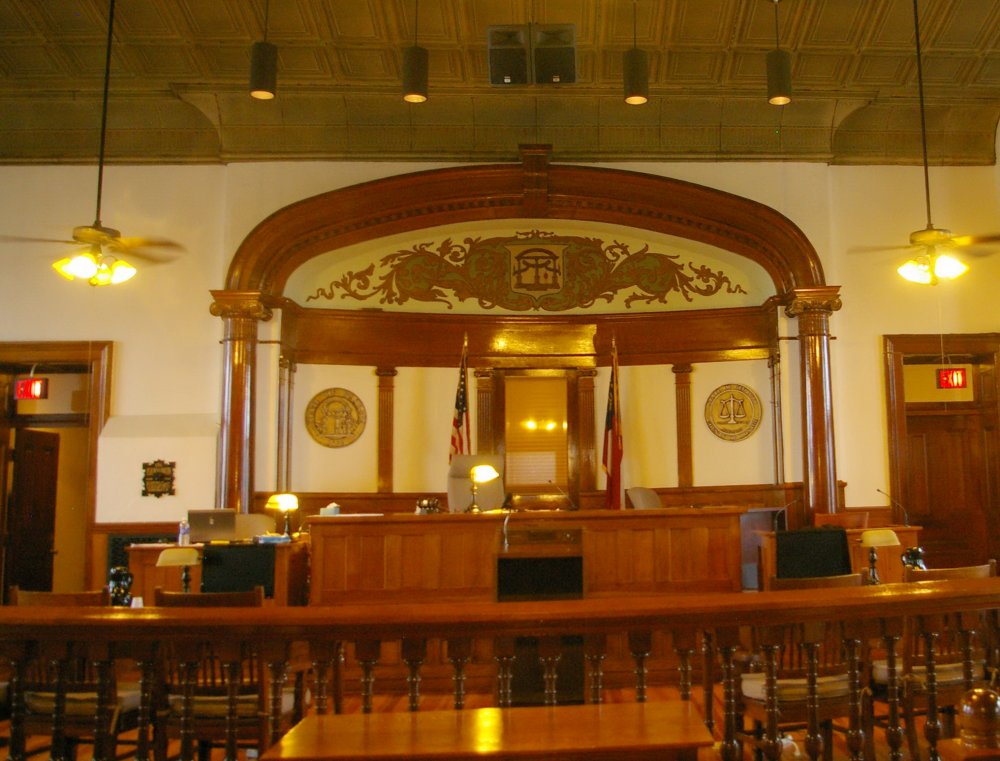 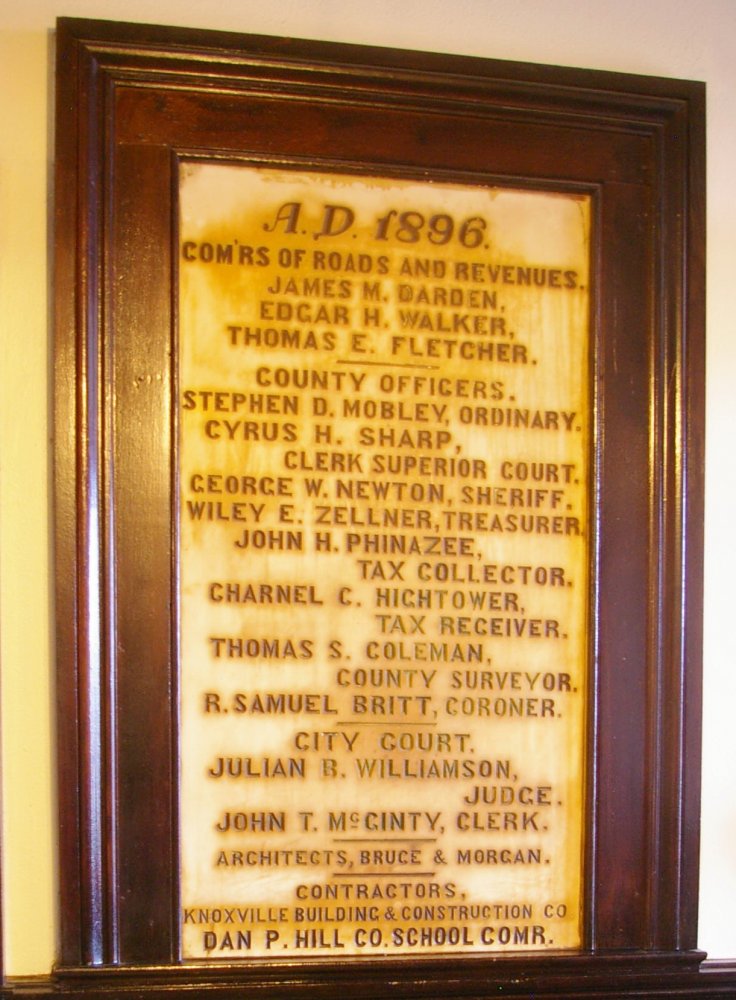 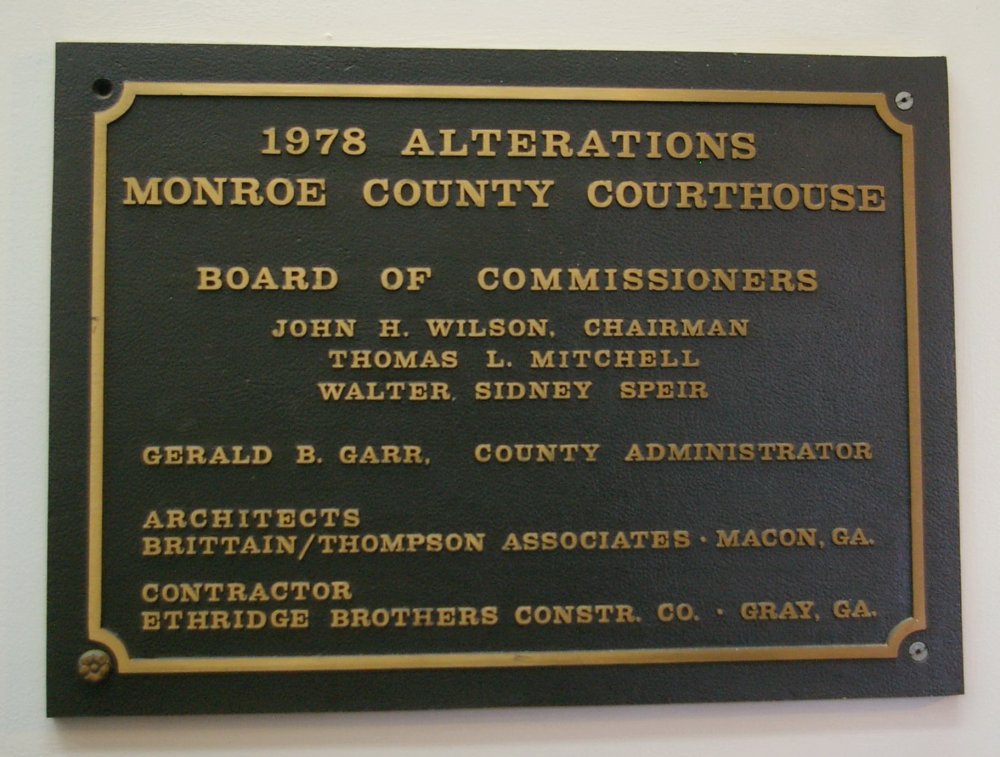 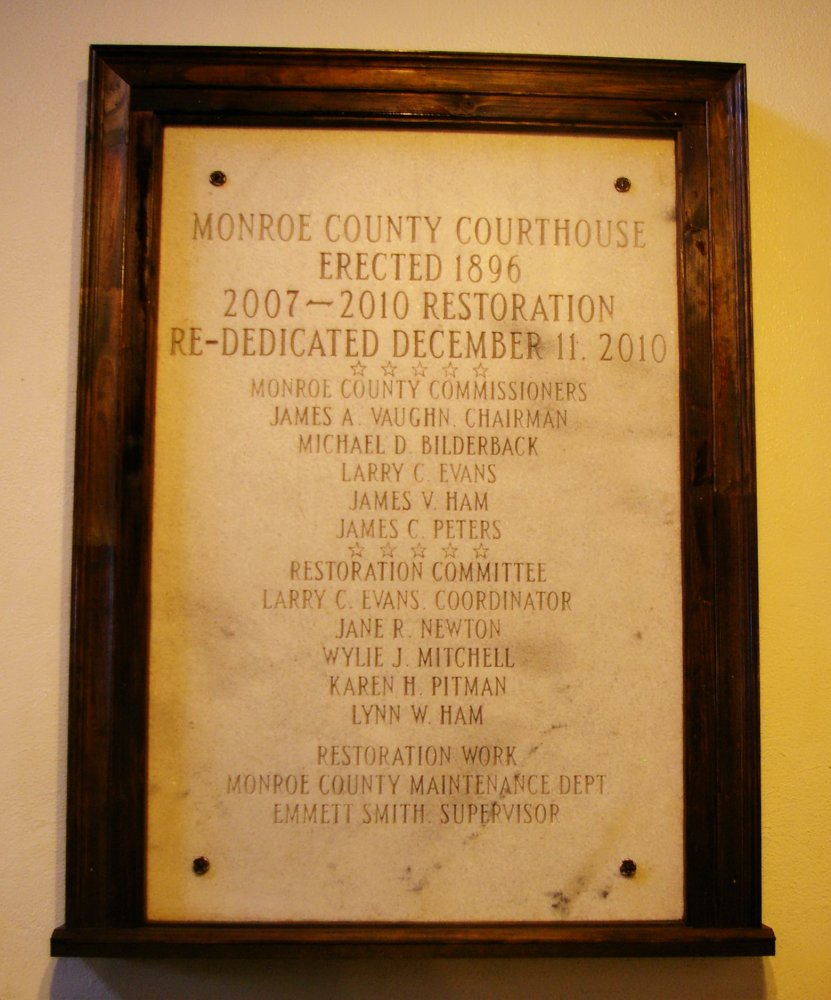 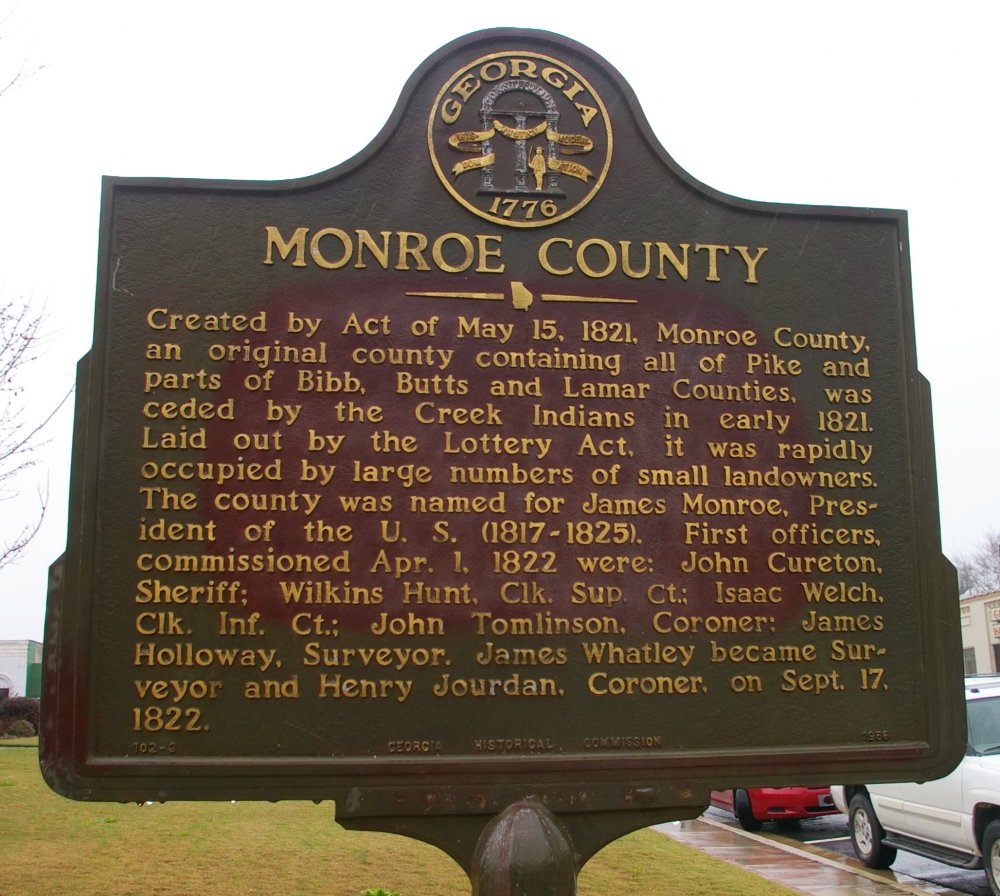