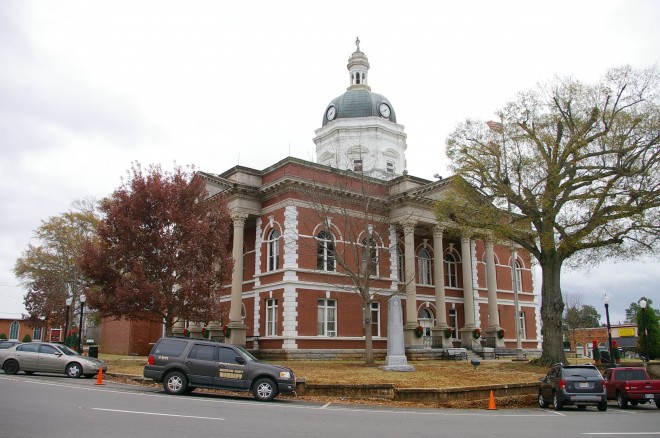 Meriwether County is named for David Meriwether, who was a congressman from Georgia.

Description:  The building faces east and is a two story red colored brick, stone and concrete structure. The building is located on spacious landscaped grounds in the center of Greenville. On each side are porticoes supported by four columns rising to pediments at the roof line. There is white colored stone trim at the corners and a stone base. On the center of the roof is a white colored octagonal dome with black colored roof, clock and small cupola at the top with a statue of Justice. The building was almost destroyed by fire on January 27, 1976 and was reconstructed from 1977 to 1980. The architect was Biggers, Scarbrough, Neal, Crisp & Clark of Columbus and the contractor was Williams Construction Company of Columbus.

History:  The first courthouse was a two story brick structure built in 1832. The building was damaged by a tornado in 1893. The second and present courthouse was constructed in 1902 to 1904. 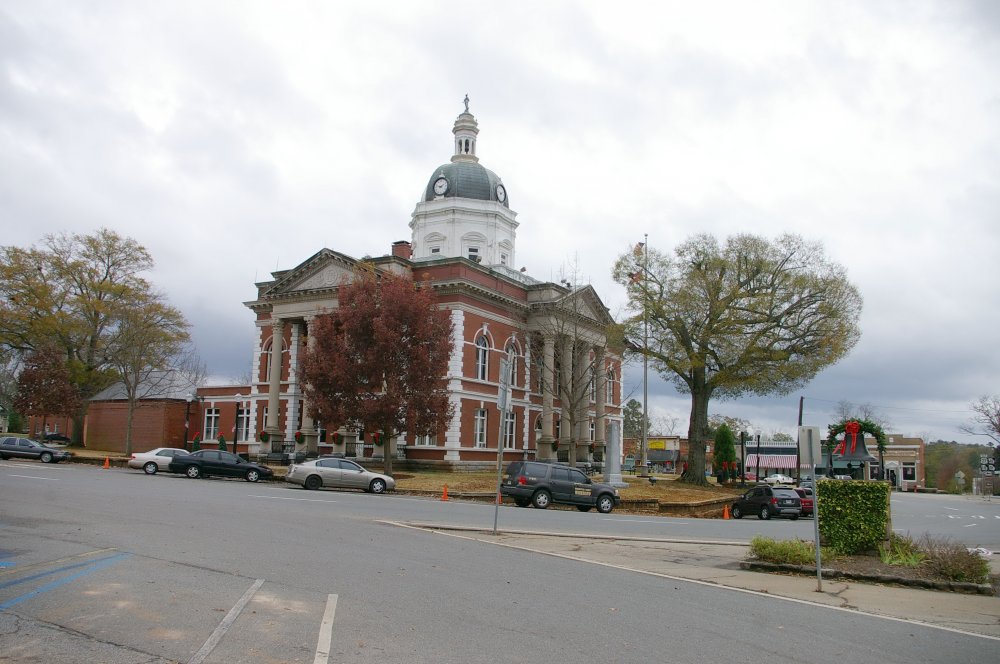 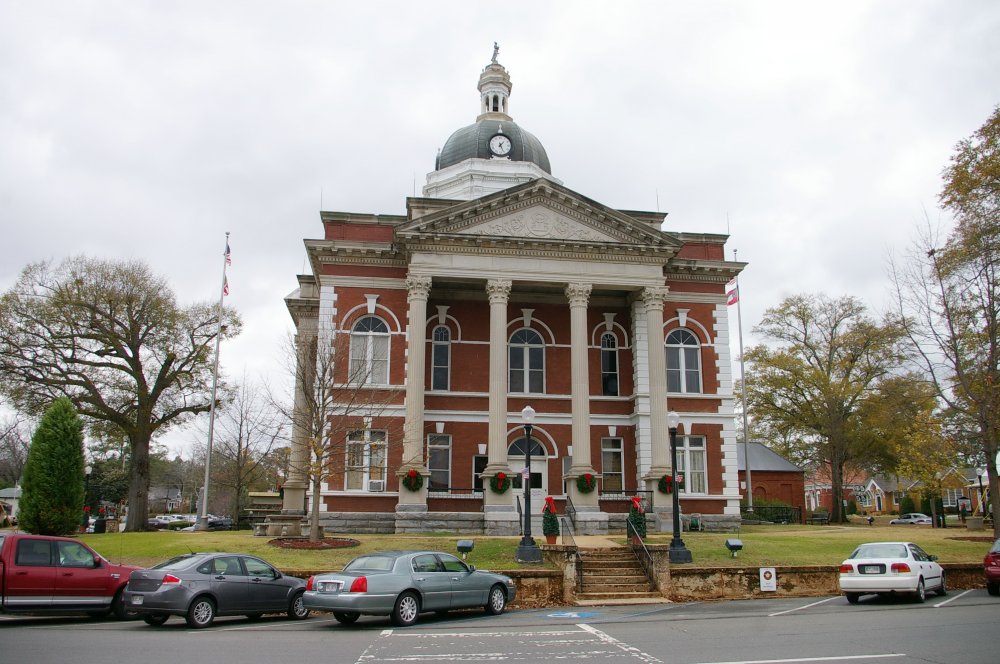 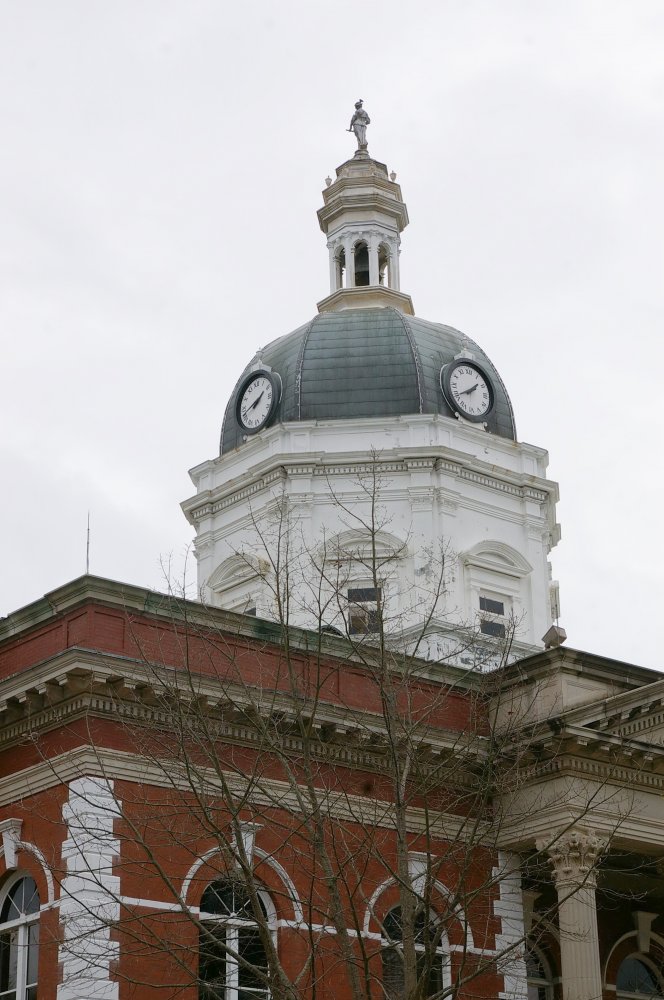 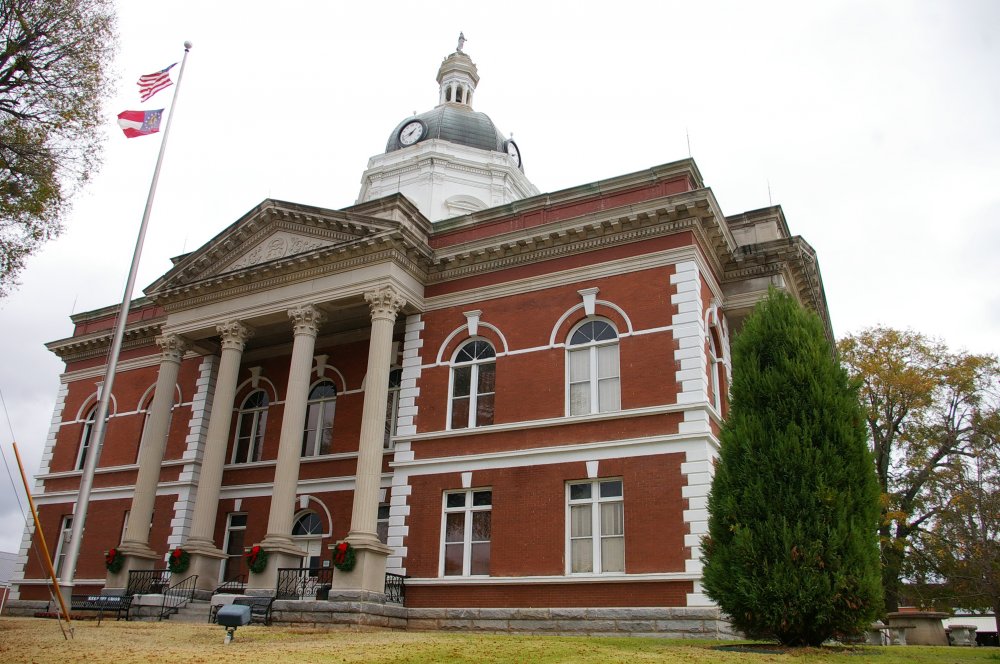 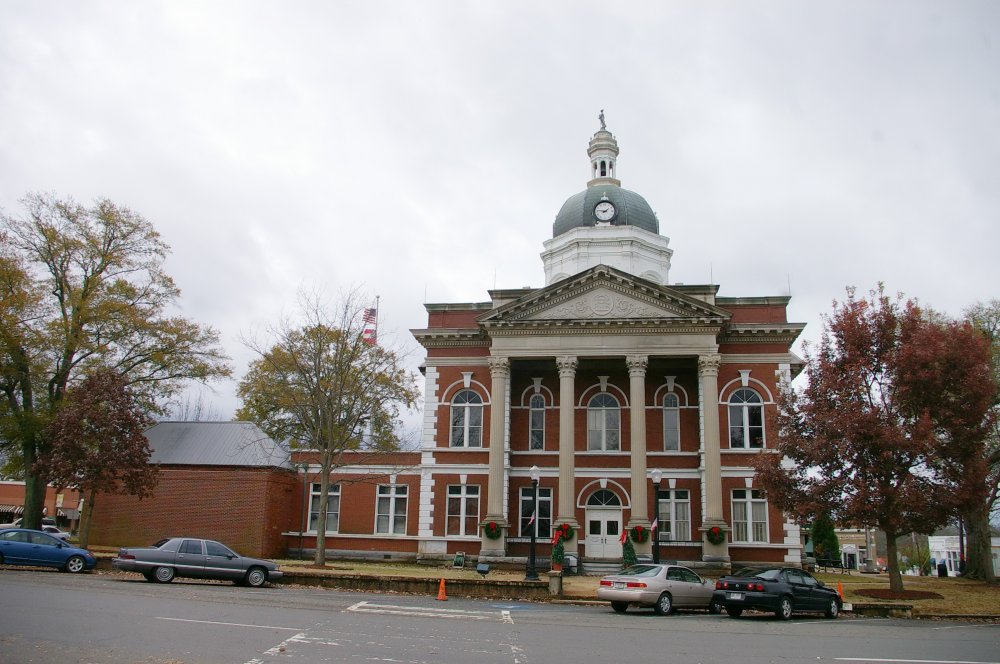 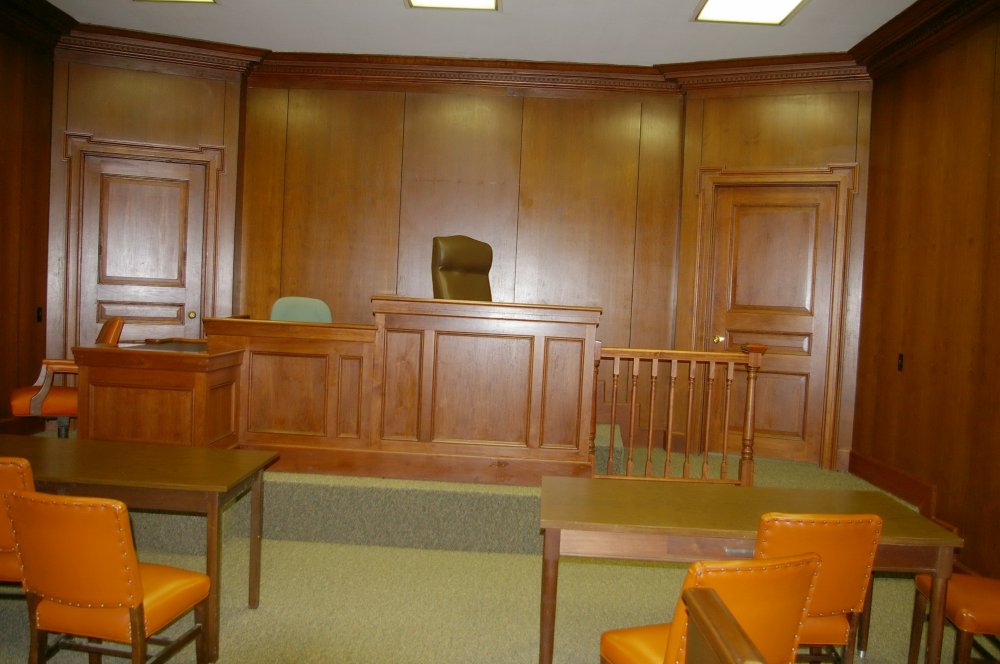 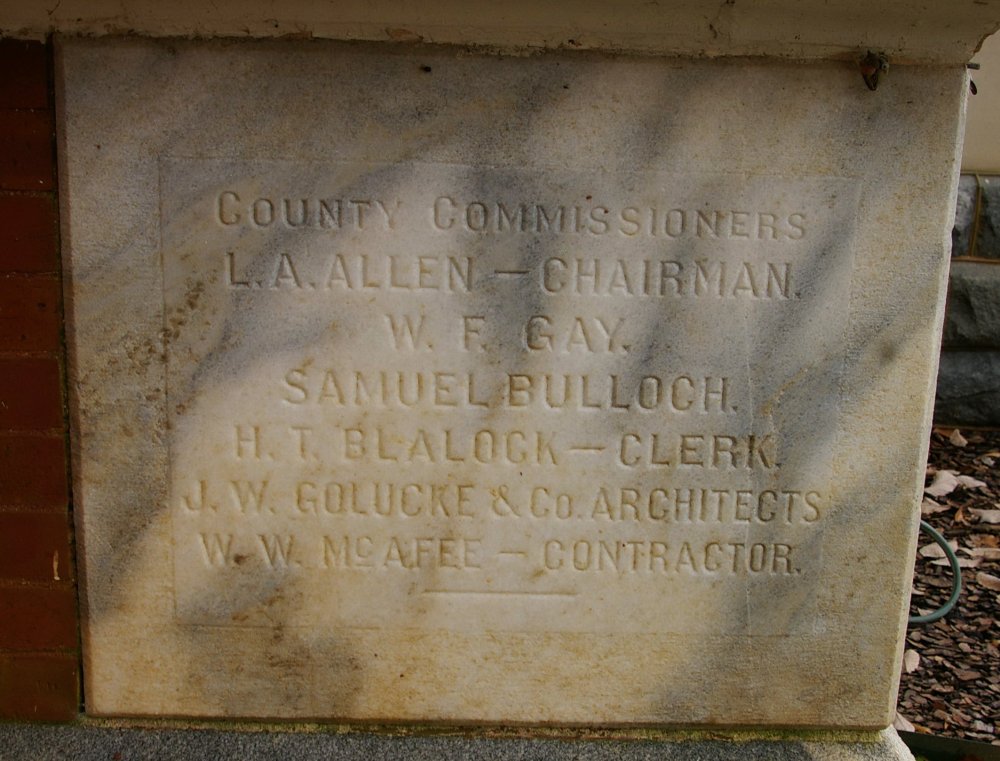 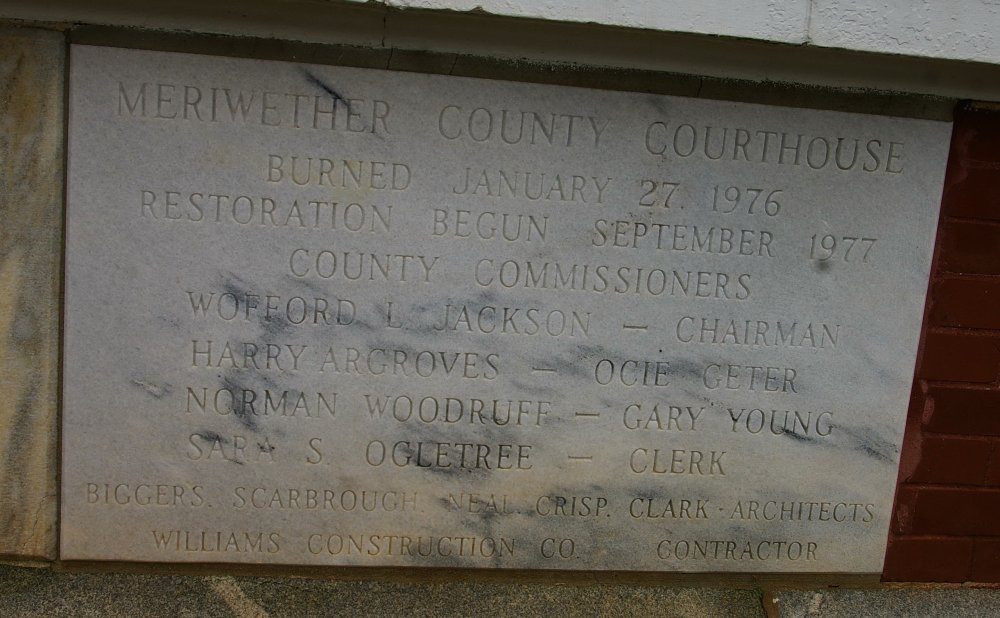 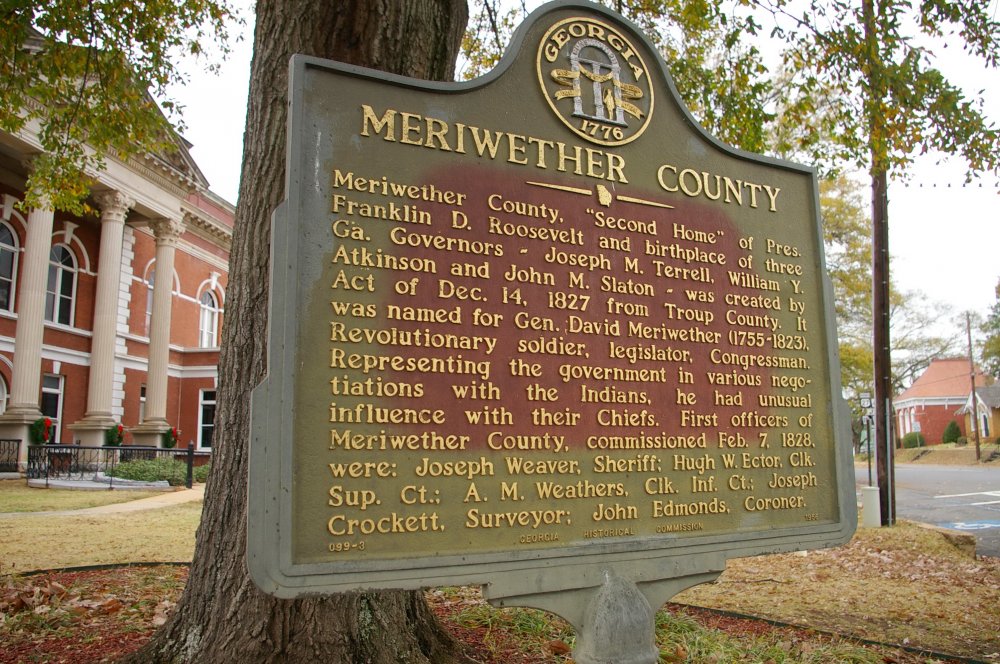