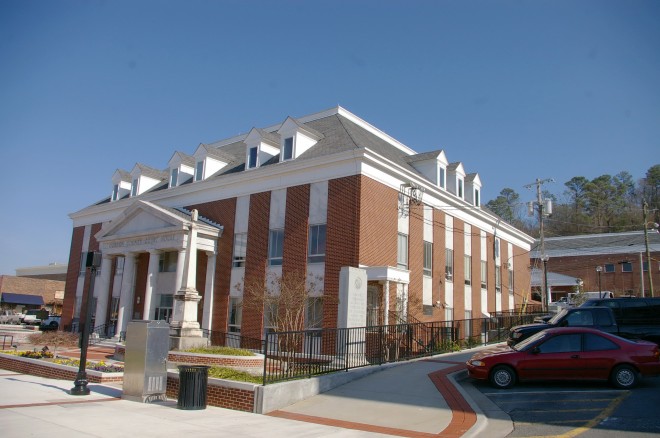 Gordon County is named for William Washington Gordon, who was the first Georgian to graduate from West Point and the first president of the Central Georgia Railroad. 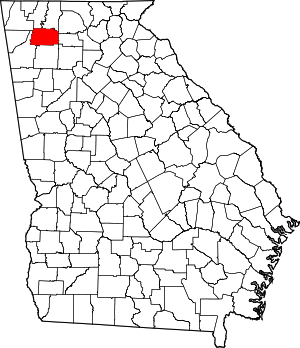 Description:  The building faces west and is a two story red colored brick and concrete structure. The building is located in the center of Calhoun. The west front has a one story portico with four columns rising to a pediment below the roof line. The windows are vertical with panels between the first and second stories. The mansard roof has dormer windows. 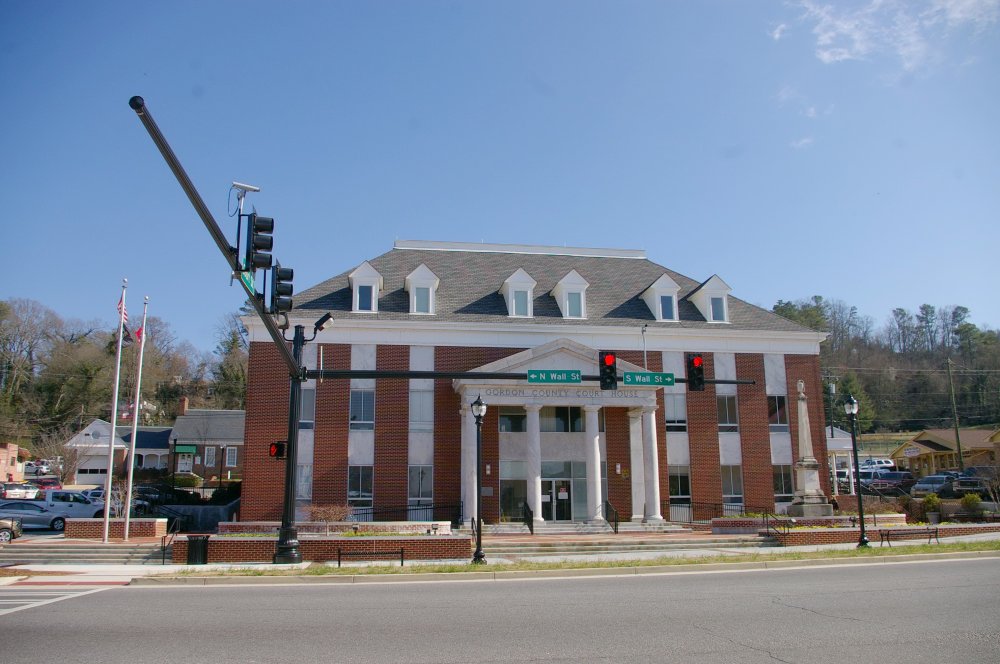 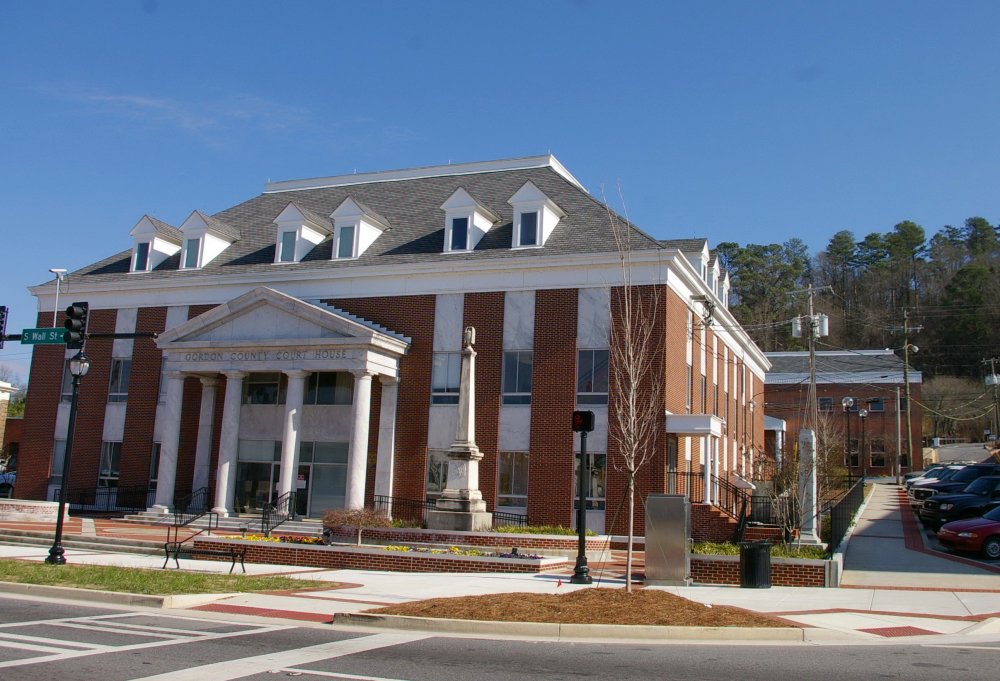 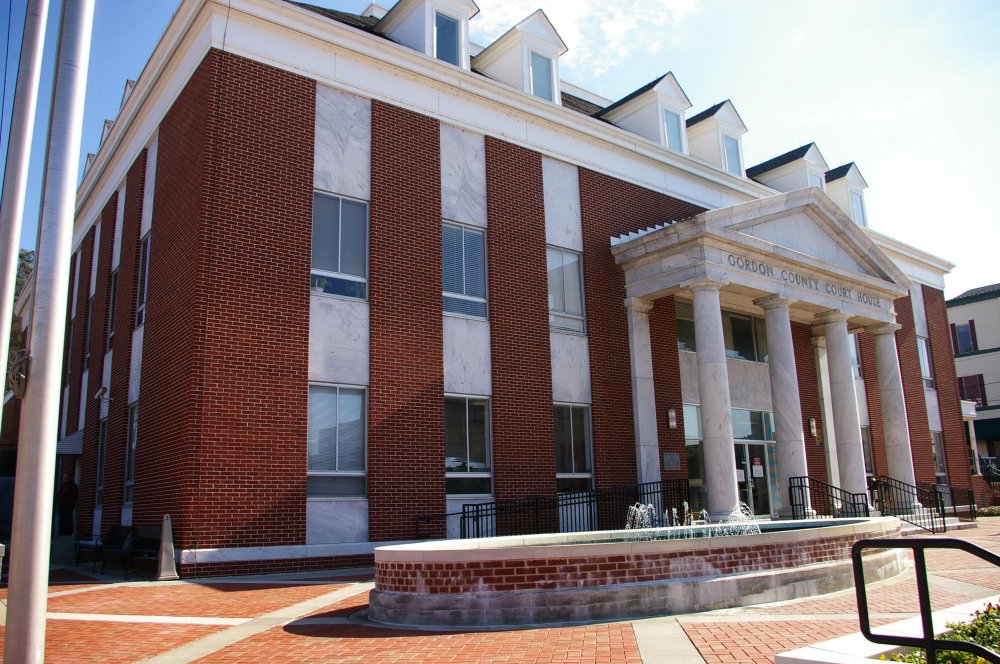 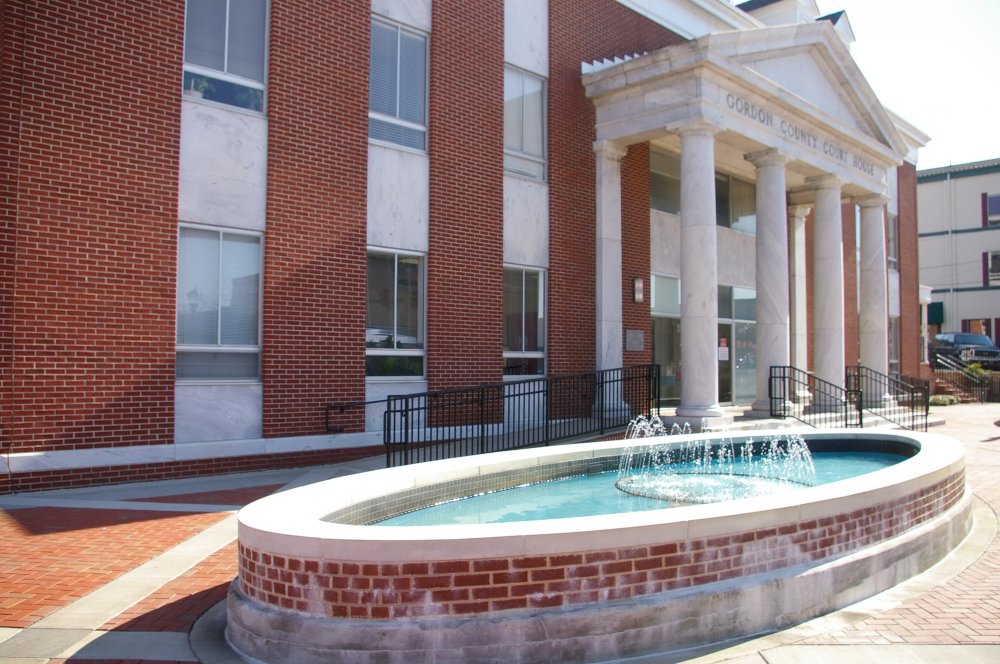 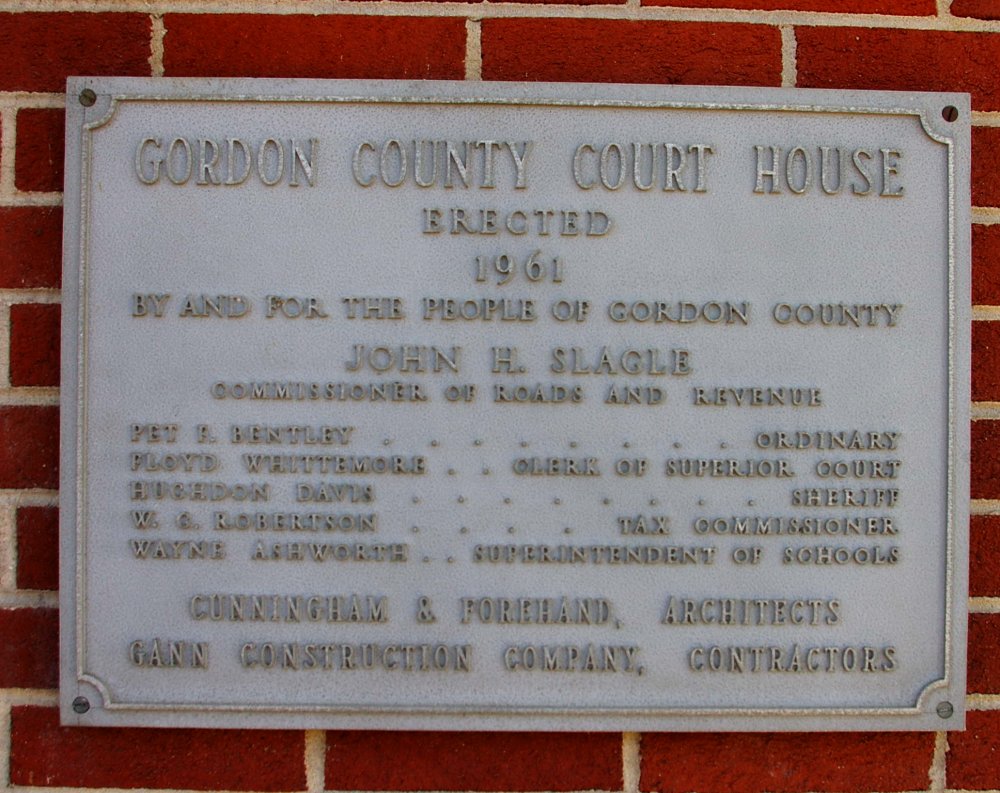 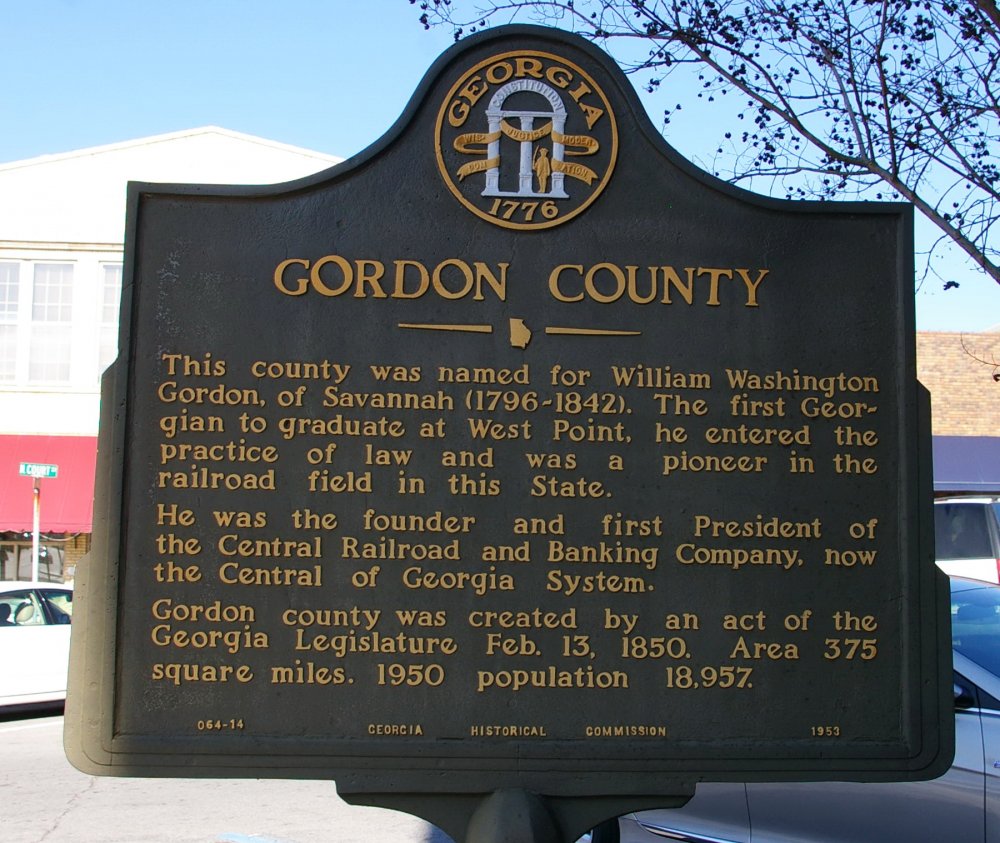