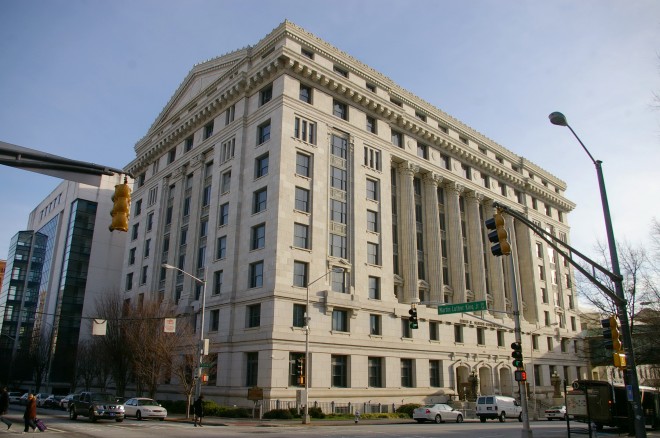 Fulton County is named for Robert Fulton, who was the inventor of the first successful steamboat, and who lived from 1765 to 1815.

Description:  The building faces west and is a ten story gray colored stone and concrete structure. The building is located in the center of Atlanta and is the largest public structure built in the classical idiom in Atlanta. The inset section of six giant Corinthian semidetached columns overpowers the modest arched entrances, and looks tightly squeezed in a facade otherwise punctured by utilitarian openings. This arrangement contributes to the general impression of heaviness and mismatched proportions.

See:   Anthony Ten Eyck Brown also designed the courthouse in Cherokee County and Clarke County and in Florida in the Miami-Dade County, 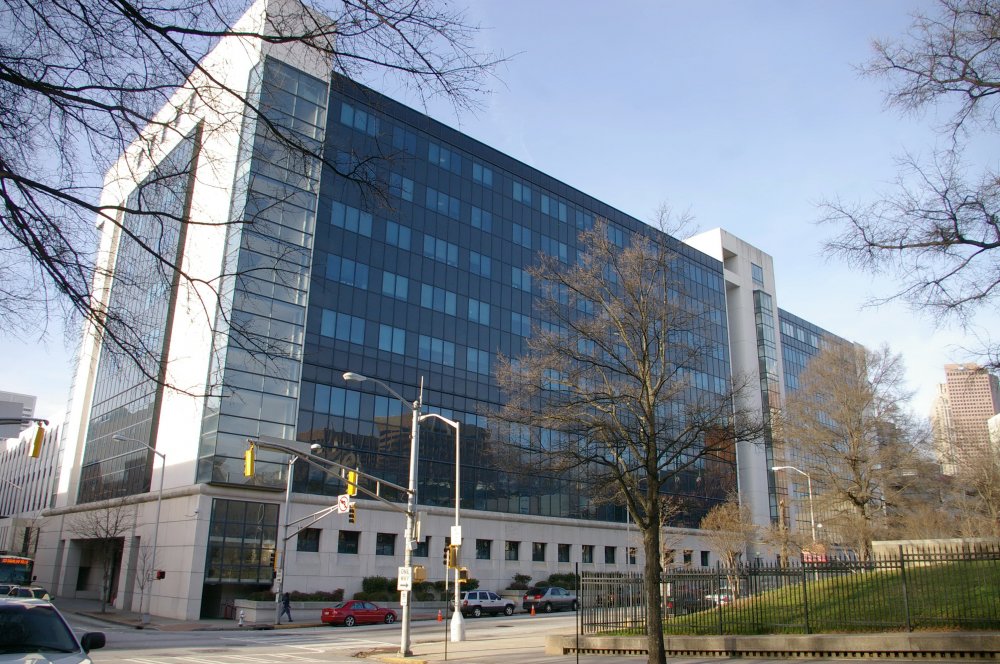 Description:  The building faces east and is a nine story concrete and glass structure. The building is located in the center of Atlanta on the east side of the courthouse.

Description:  The building faces northwest and is a two story red colored brick and concrete structure. The building is located on landscaped grounds in the city center. The northwest has four 20 foot high modeled concrete columns. Against the front wall is a full-length, double-curved, wrought-iron-encased stairway. The stairway frames the main floor central (double-door) entrance and has a narrow landing in front of the central single doorway upstairs entrance. Both front entrances are arched and have fan-lighting. The roof is hipped. In 1907, the building was remodeled.

See:  Located in the county is the Georgia Supreme Court. 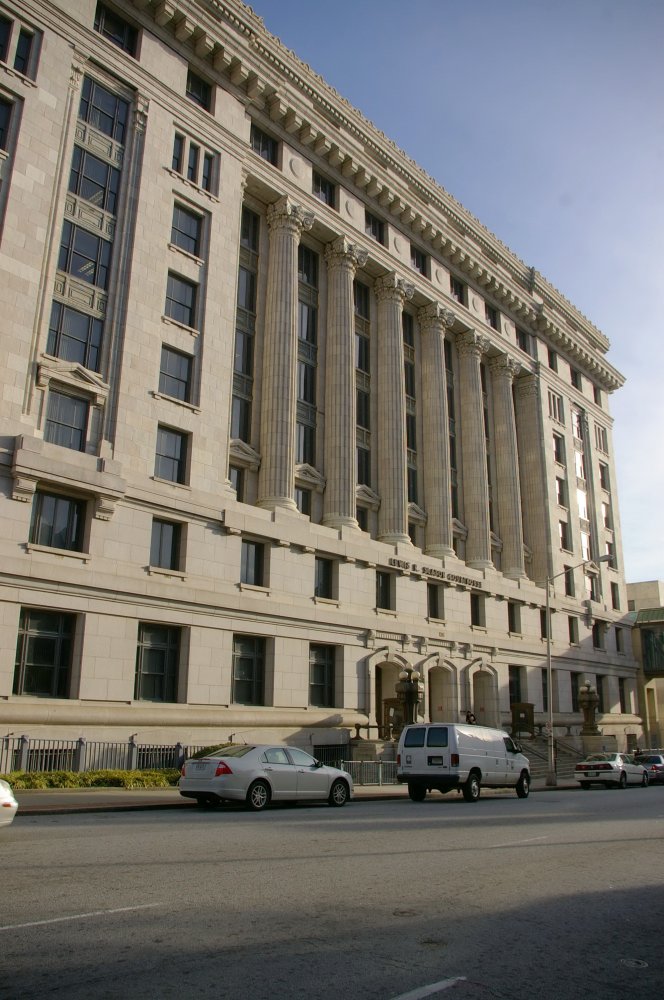 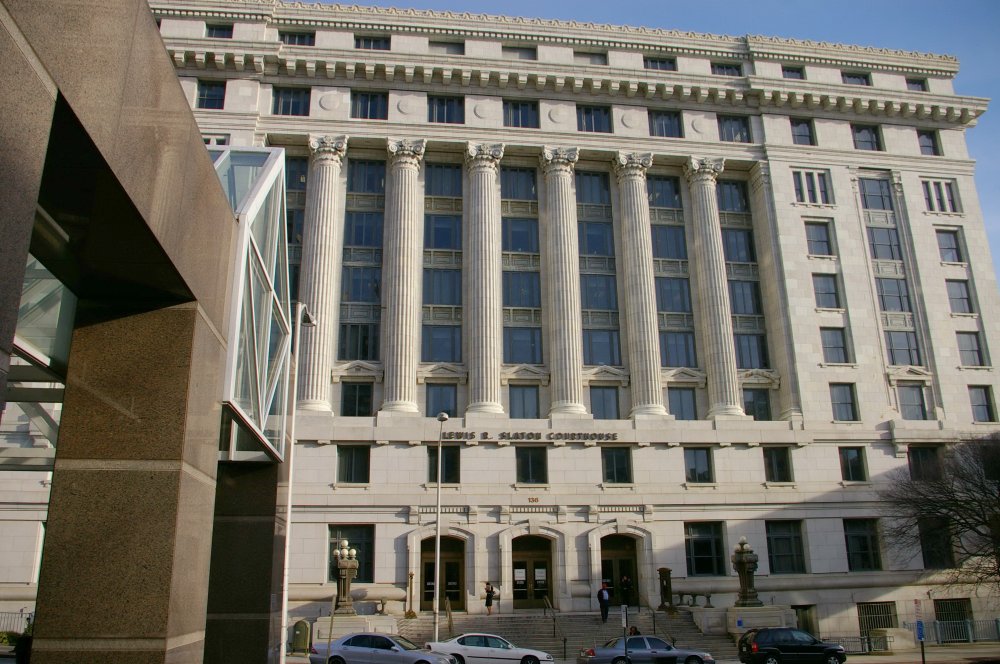 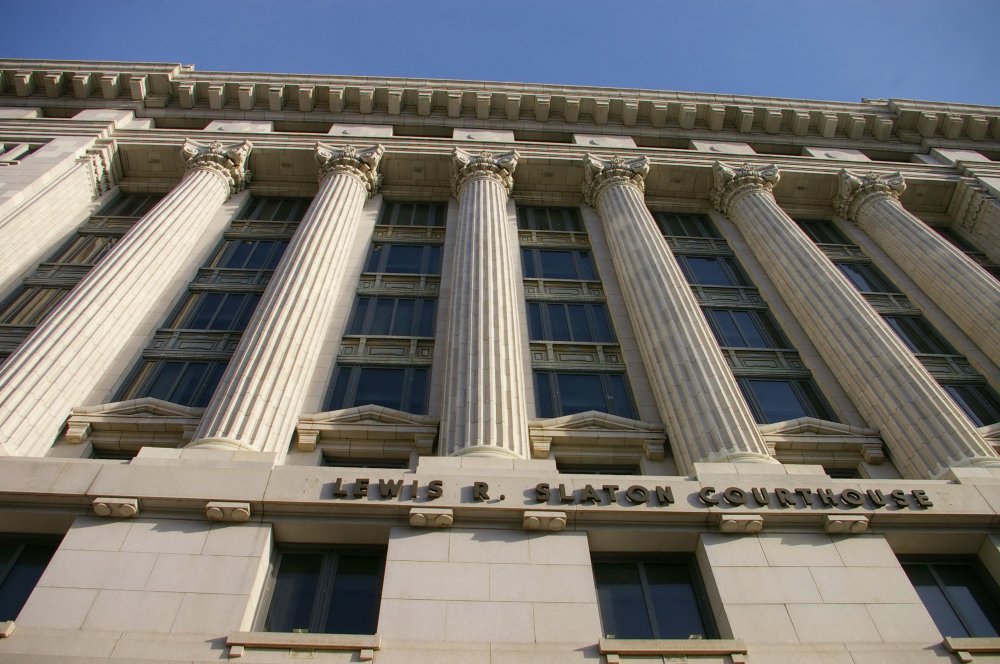 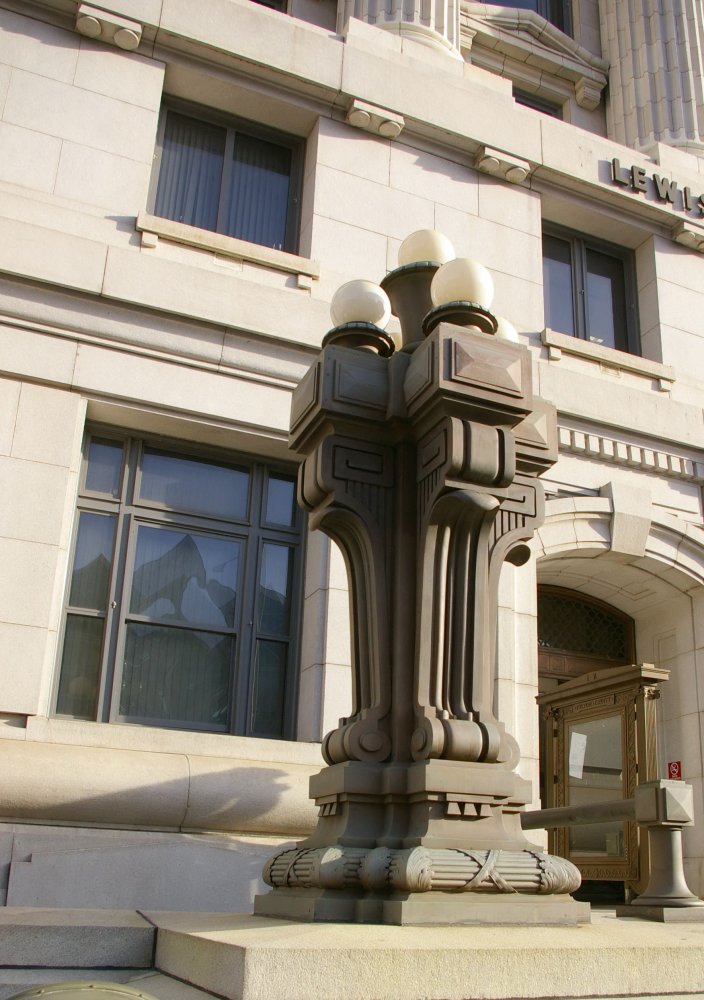 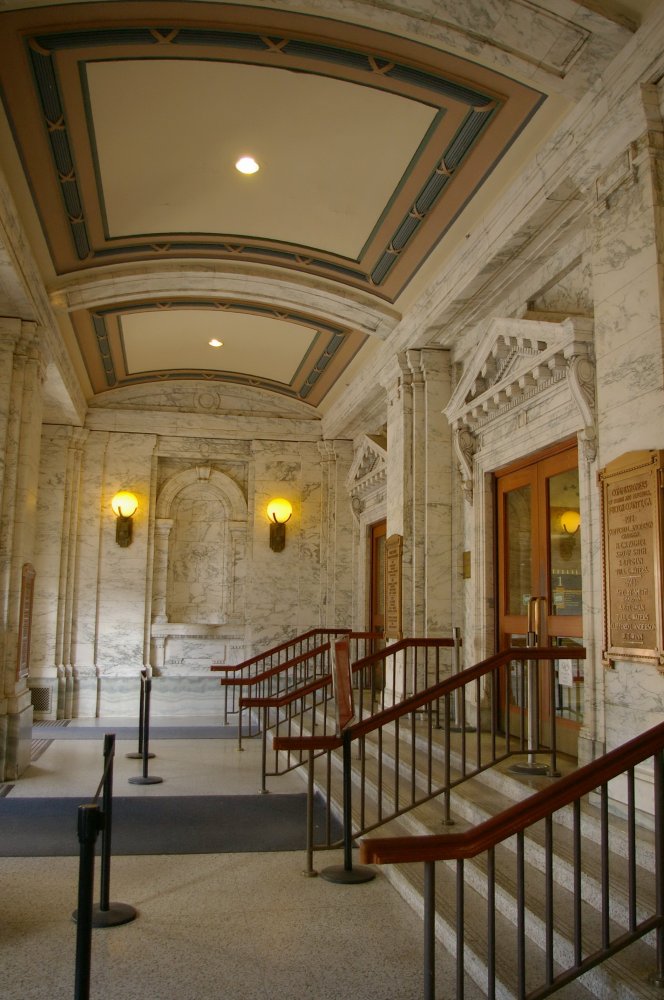 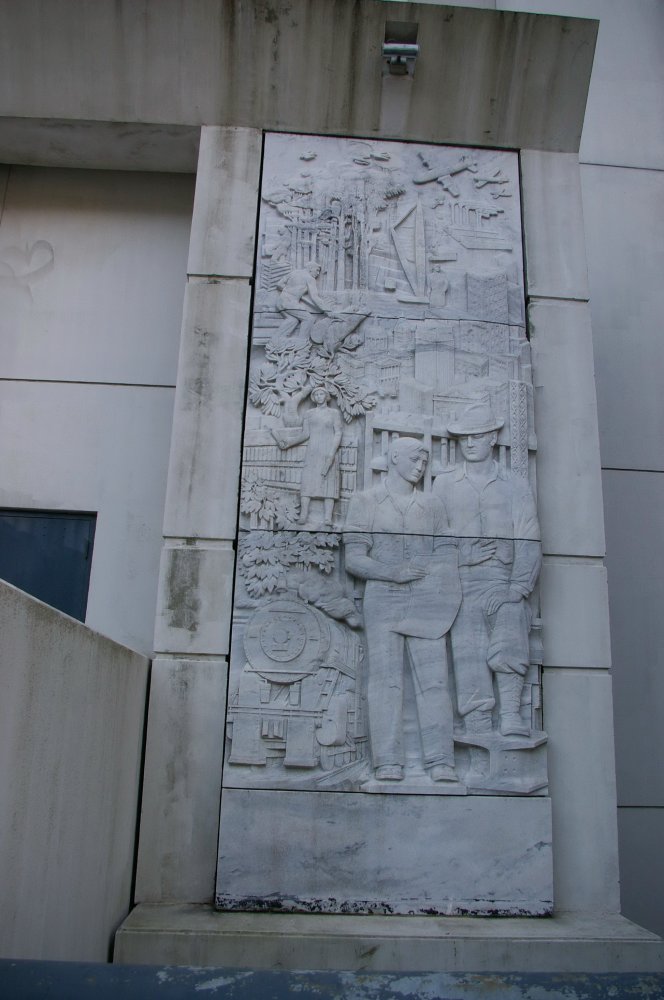 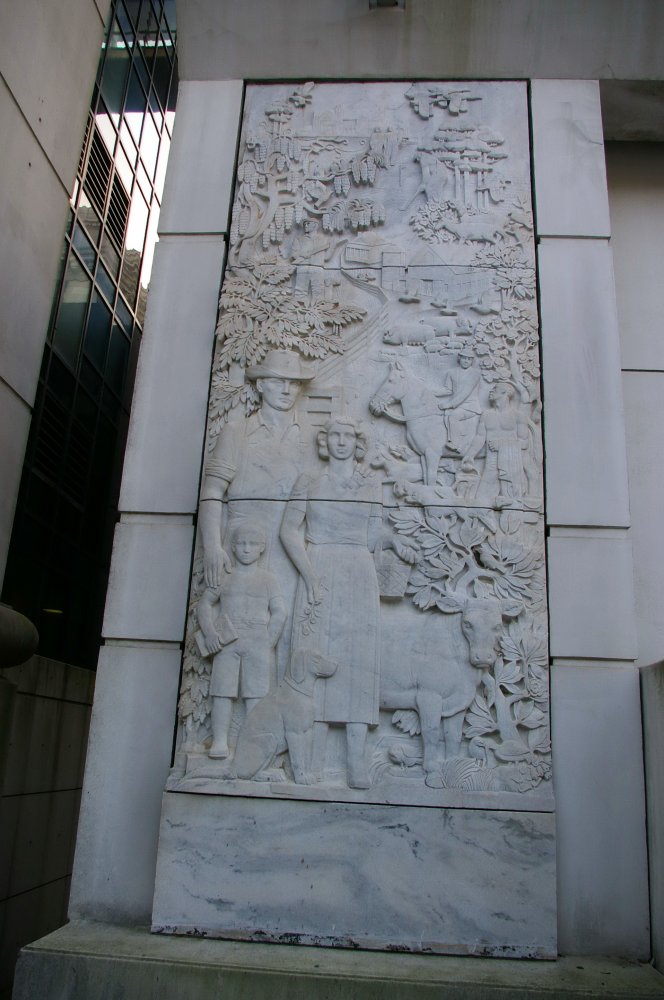 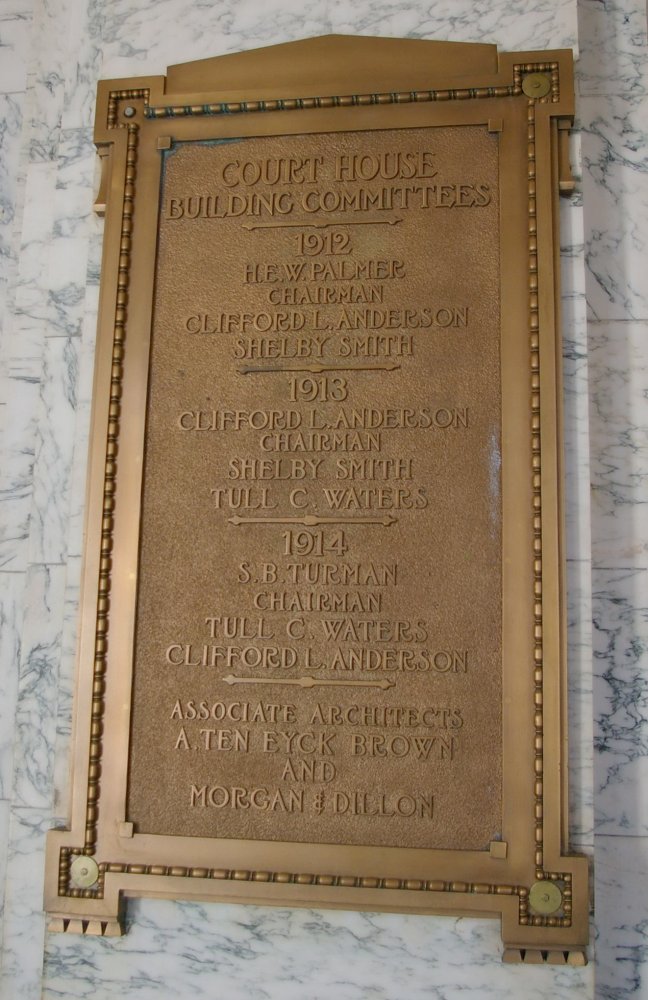