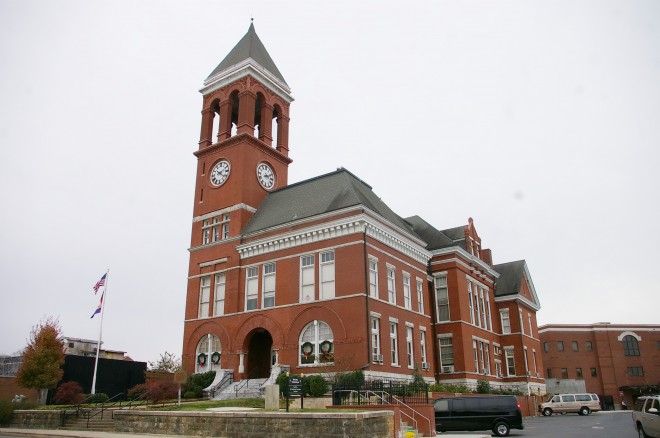 Floyd County is named for John Floyd, who was a General and later served in the Georgia General Assembly and United States Congress.

Description:  The building faces north and is a three story red colored brick structure. The north front has an arch at the recessed entrance on the first story. The building is located on landscaped grounds in the center of Rome. The northeast corner has a high square brick clock tower with open section and steep roof at the top. The former courtroom is located on the second story. 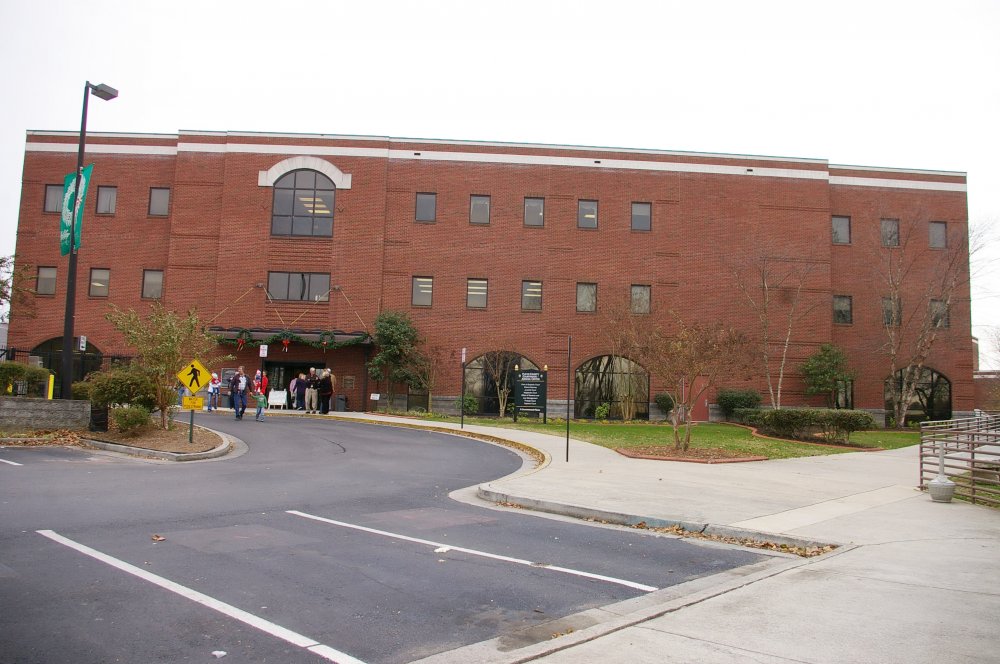 Description:  The building faces north and is a three story red colored brick, glass and concrete structure. The building is located in the center of Rome on the south side of the old courthouse. The center section projects from the main building with the entrance towards the east on the first story and having a canopy with large arched window on the third story. There are two large arched windows on the first story. The roof line is flat. 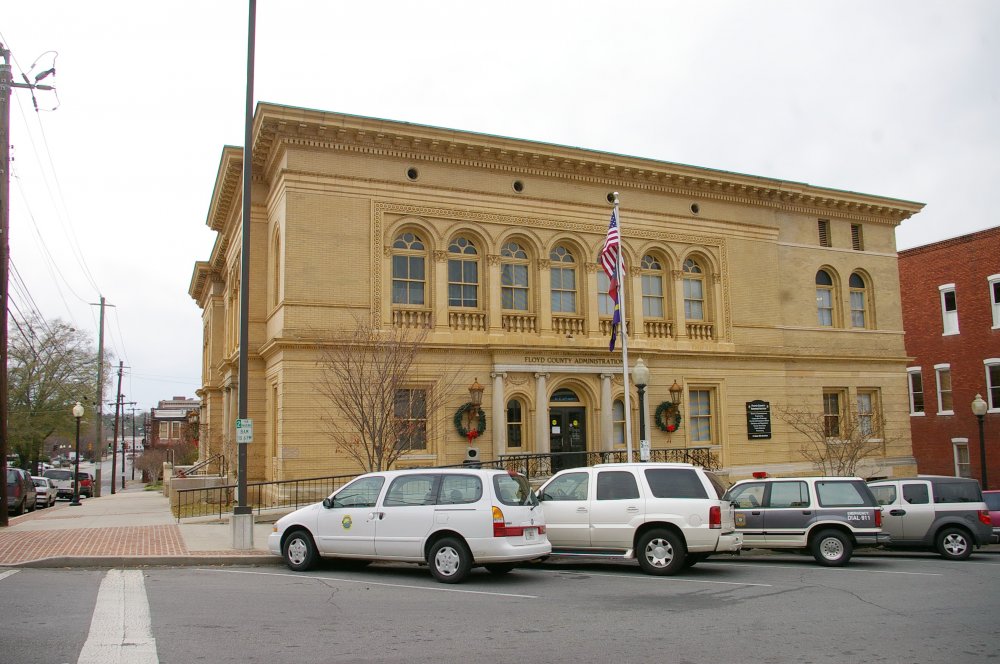 Description:  The building faces north and is a two story yellow colored brick structure. The building is located in the center of Rome. The building served as the post office from 1896 until 1974 and as the Floyd County Courthouse from 1974 until 1996. The Commissioner’s Chamber is located on the second story. The architect for the conversion to a courthouse was Bothwell, Jenkins & Stay and the contractor was Abco Builders, Company.