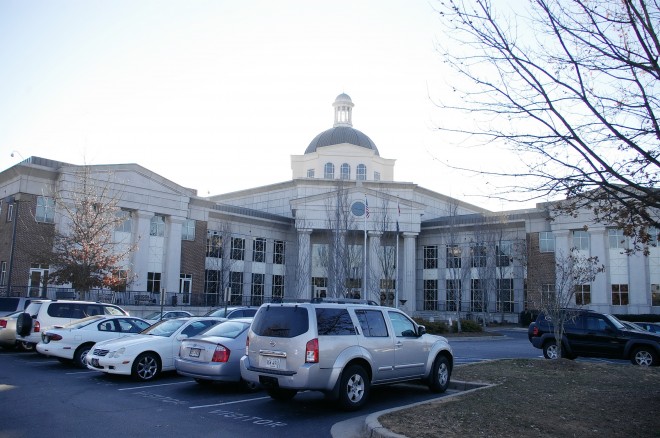 Douglas County is named for Stephen Arnold Douglas, who was an Illinois Democratic Congressman who ran against Abraham Lincoln for the presidency in 1860.

Description:  The building faces northwest and is a four story red colored brick, concrete and stone structure. The building is located on spacious landscaped grounds to the southeast of the center of Douglasville. The northwest entrance has four large columns rising to a pediment with round window. The northwest wings are lower than the main building and extend in “V” formation with vertical dividers with windows between. Behind the central entrance is the large square main building. On the center of the roof is a large white colored dome with black colored roof and small cupola at the top. The interor has a large central rotunda rising to the dome. During construction, the project manager was Carter & Associates. 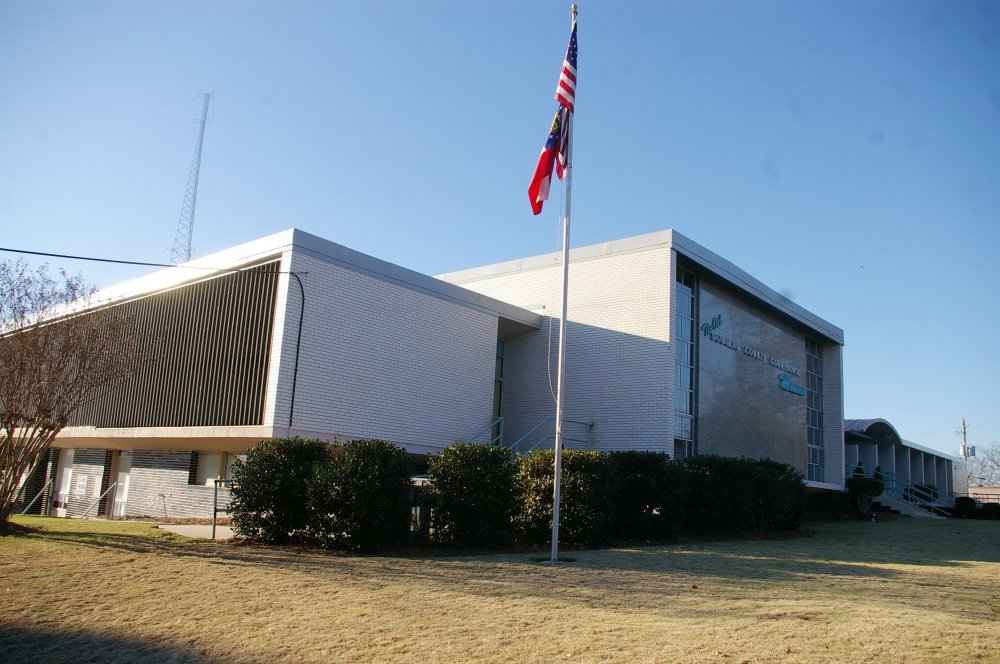 Description:  The building faces north and is a two story concrete and glass structure. The building is located on landscaped grounds in the center of Douglasville. The center section rises above the east and west wings and has a stone faced center area. On the west side of the center section is the main entrance with a large curved canopy. The wall is glass panels with vertical concrete dividers. The old courtroom is located at the southeast corner of the first story. The building houses a museum and community organizations.

Note:  After the 1896 courthouse was destroyed by fire on Jan. 11, 1956, Douglas County voters approved a special bond election in June 1956 to fund construction of a new courthouse. The new courthouse was built on the site of the previous three courthouses. By the mid-1990s, Douglas County government was located in seven different buildings in downtown Douglasville, leading county officials to seek voter approval for funding a new county government complex at a site about a half mile away. After the new government complex was completed in 1998, county officials moved out of the old courthouse, which subsequently became a local museum and home to the Douglas County Historical Society and other community organizations. 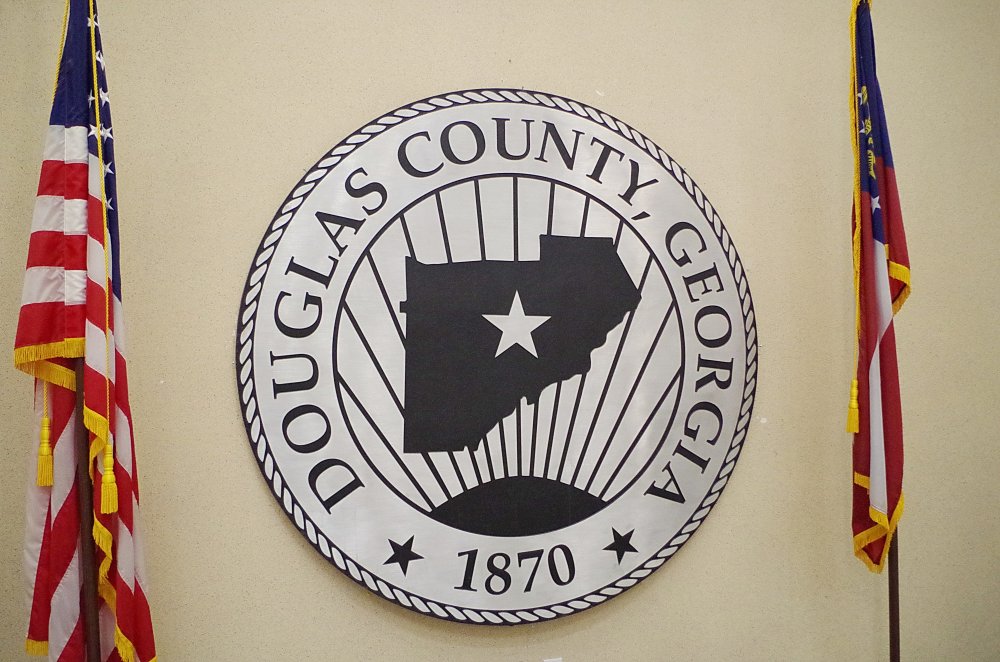 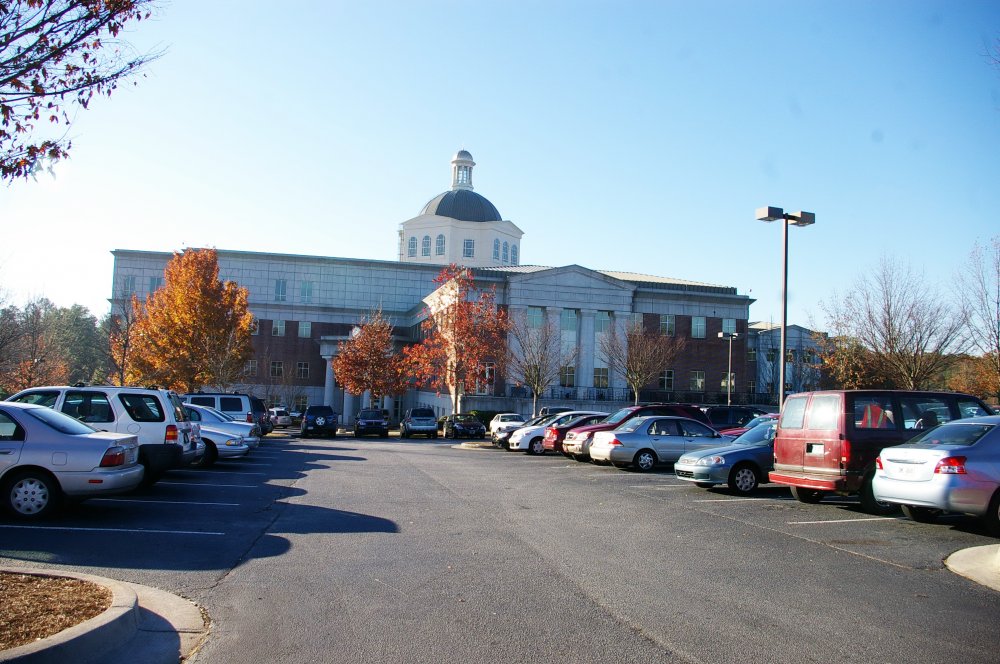 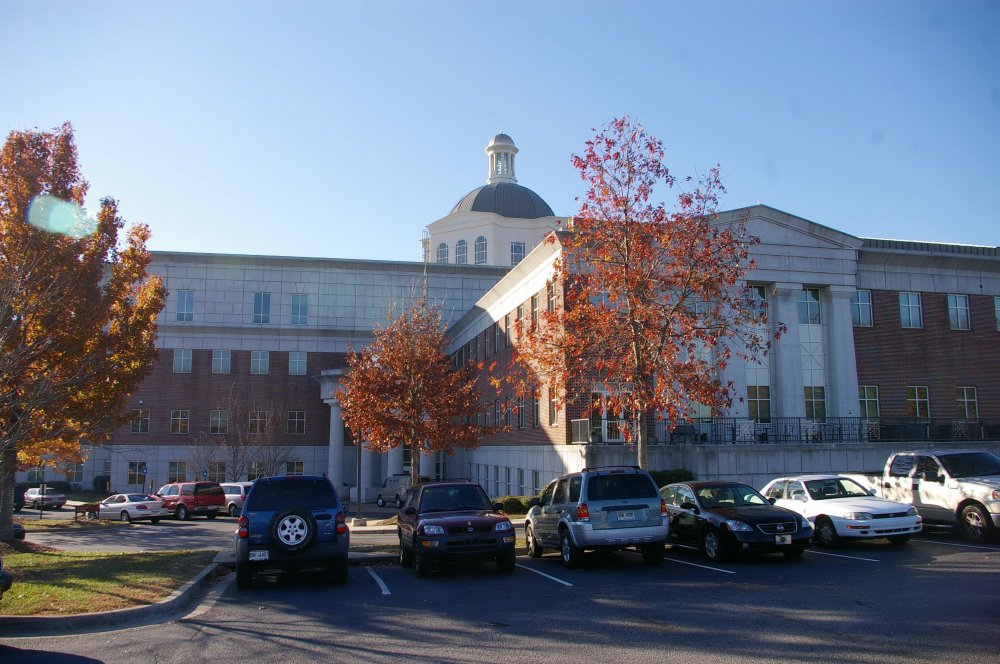 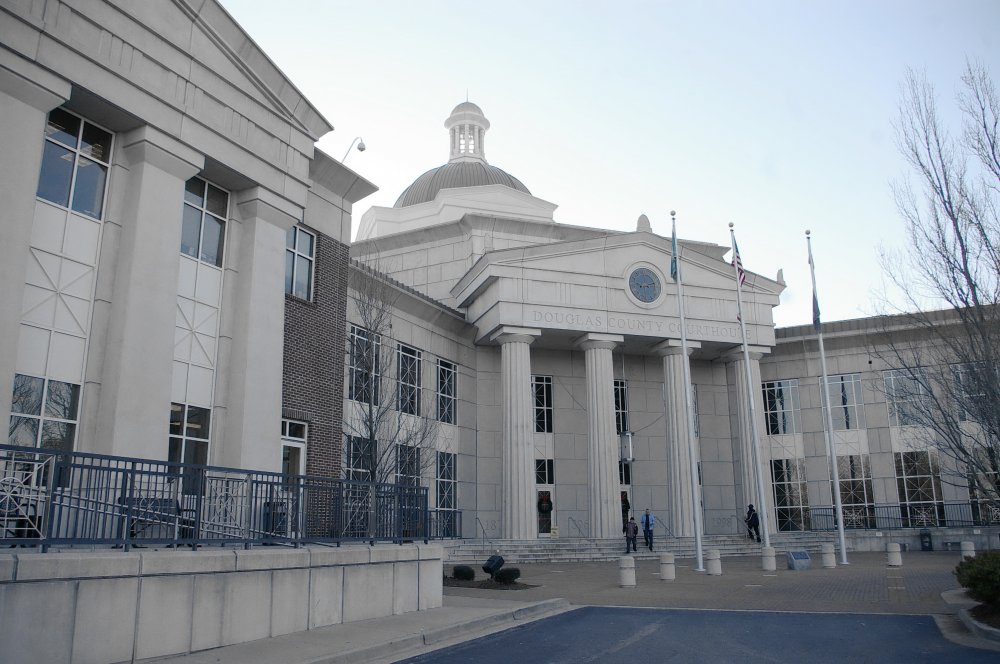 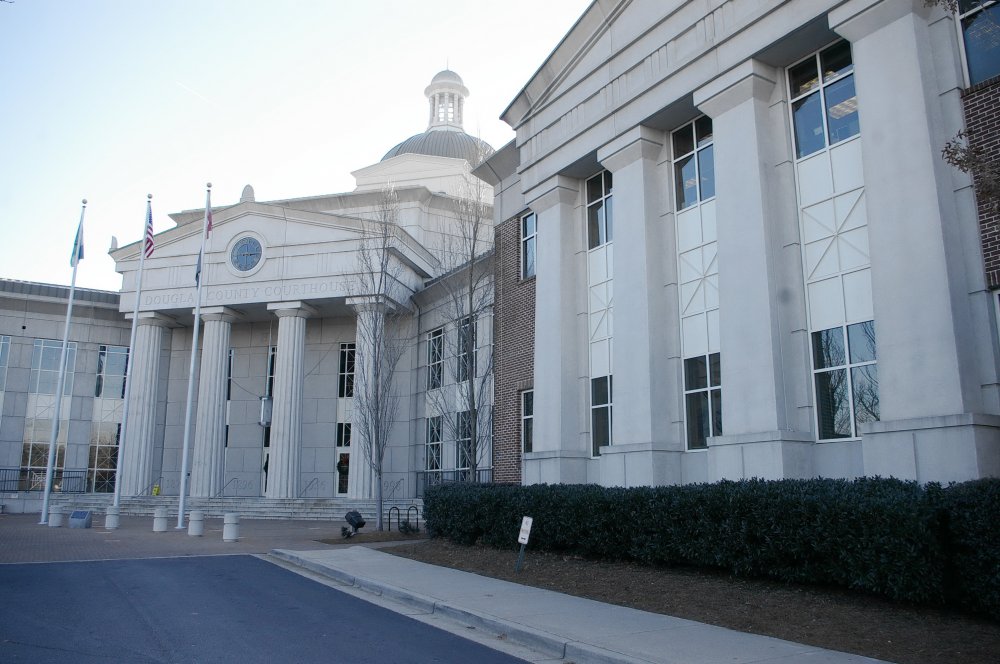 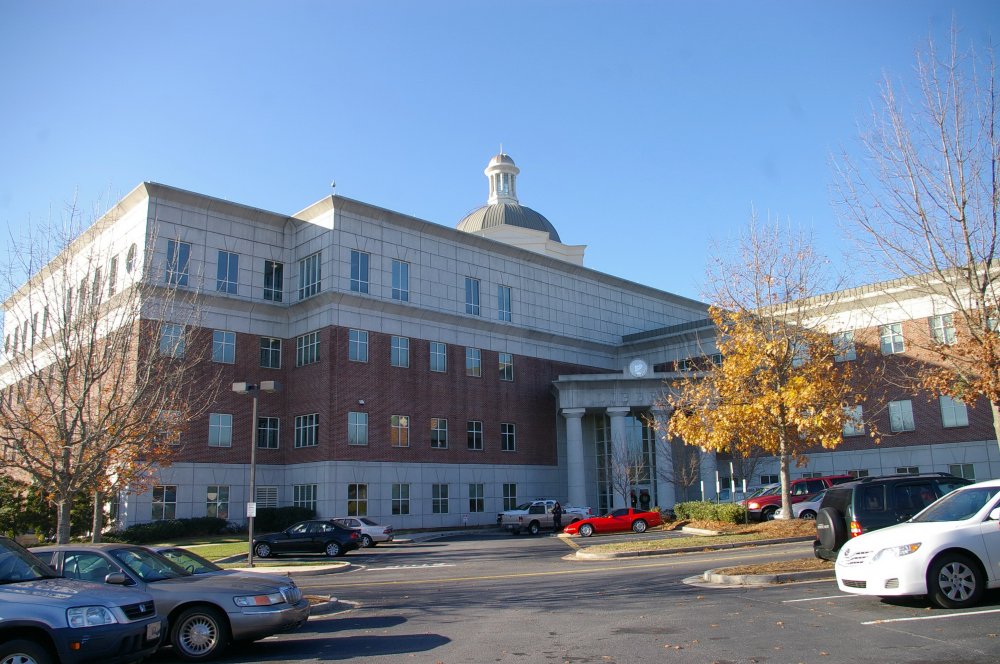 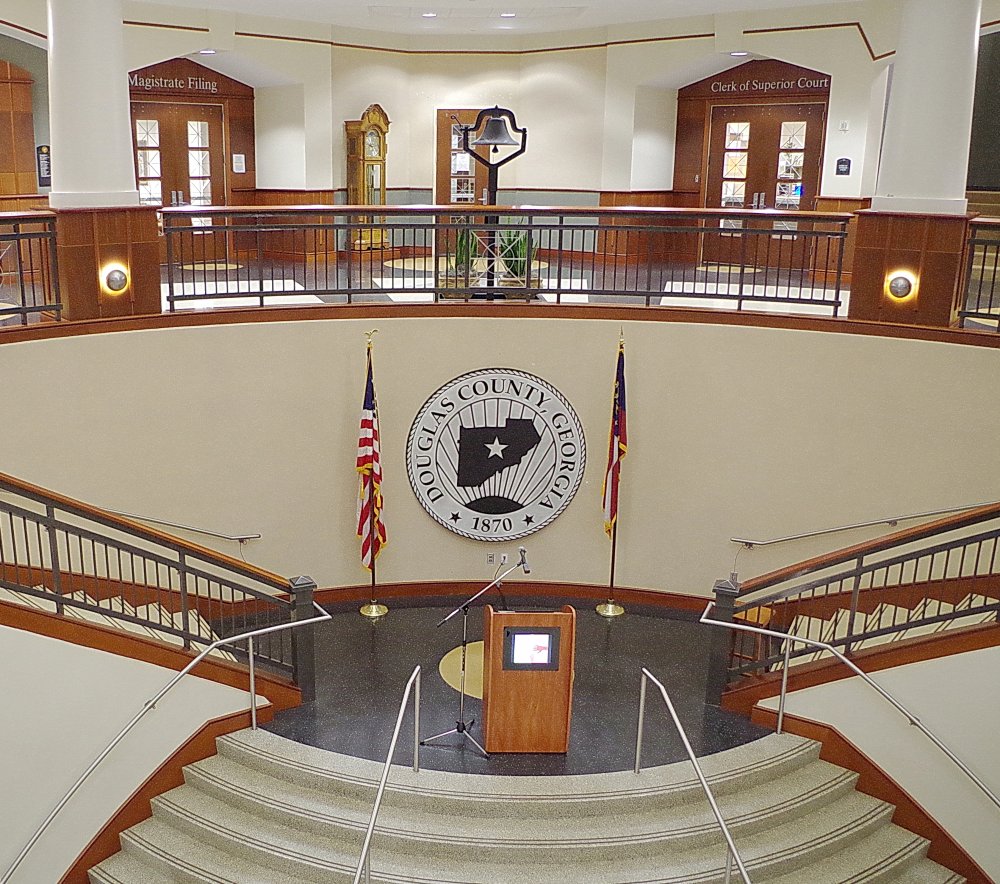