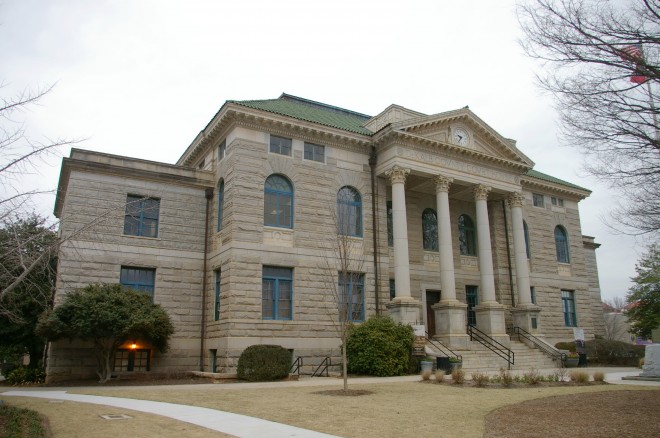 DeKalb County is named for Baron Johann DeKalb, who was a major general in the Continental Army and who was wounded in the battle of Camden, South Carolina during the American Revolutionary War.

Description:  The building faces south and is a three story brown colored granite and concrete structure. The building is located on landscaped grounds in the center of Decatur. The south and north sides have large porticoes with four columns rising to pediments with clocks at the roof line. The second story windows are arched. On the east and west sides are two story wings. The roof is sloped. The former courtroom is located on the second story. During construction, R M Thompson was the inspector. After a fire on September 13, 1916, the building was re-built in 1917 to 1918. The architect was Walker & Chase and contractor was Donaldson & Pearson. The building now houses the DeKalb History Center and the Historical Society.

Note:  On September 13, 1916, firefighters were called to save the county courthouse. Although the interior of the building was destroyed, fireproof safes protected most of the county’s records. 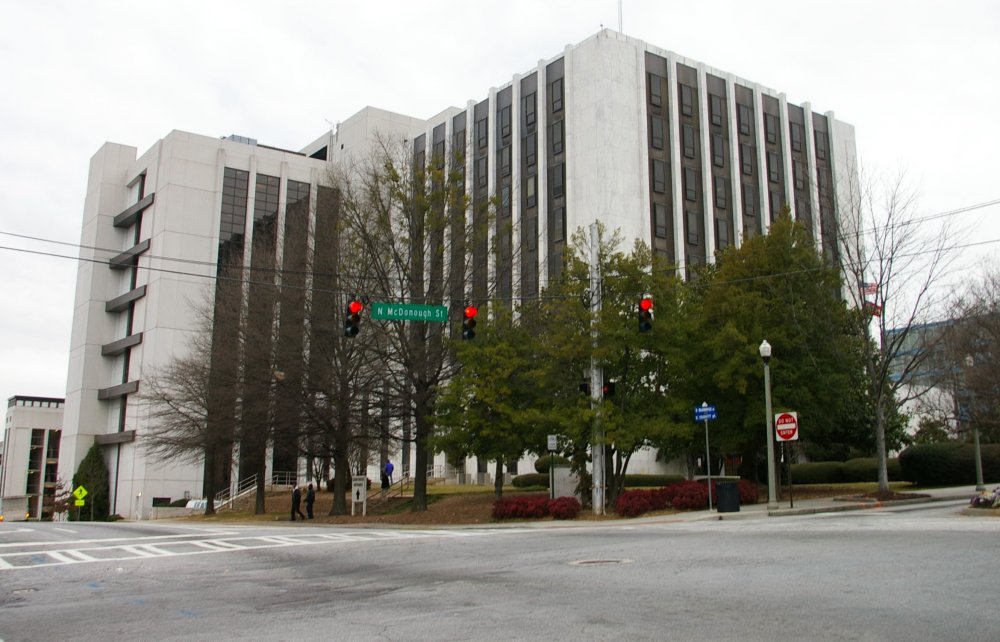 Description:  The building faces east and is a nine story white colored marble, steel, concrete and glass structure. The building is located on landscaped grounds in the center of Decatur to the south of the old courthouse. The first story entrance has glass panels. There are vertical dividers between the windows. The roof line is flat. The building houses the County Superior Court, County State Court, County Probate Court of the 4th Judicial District and the County Magistrate Court. In 2001, an eleven story addition was constructed on the west side. The architect Heery International, Inc. and Turner Associates Architects and the contractor was Potts Construction Company.

Description:  The building faces southwest and is a five story steel, concrete and glass structure. The building is located on landscaped grounds to the east of the center of Decatur. The southwest front has a semi-circular two story portico with recessed glass walls and topped with a dome. The first story has rectangular openings with recessed walls. The fifth story is circular. The building contains six courtrooms and houses the County Juvenile Court of the 4th Judicial District. The engineer was Jordon, Jones & Goulding Inc. 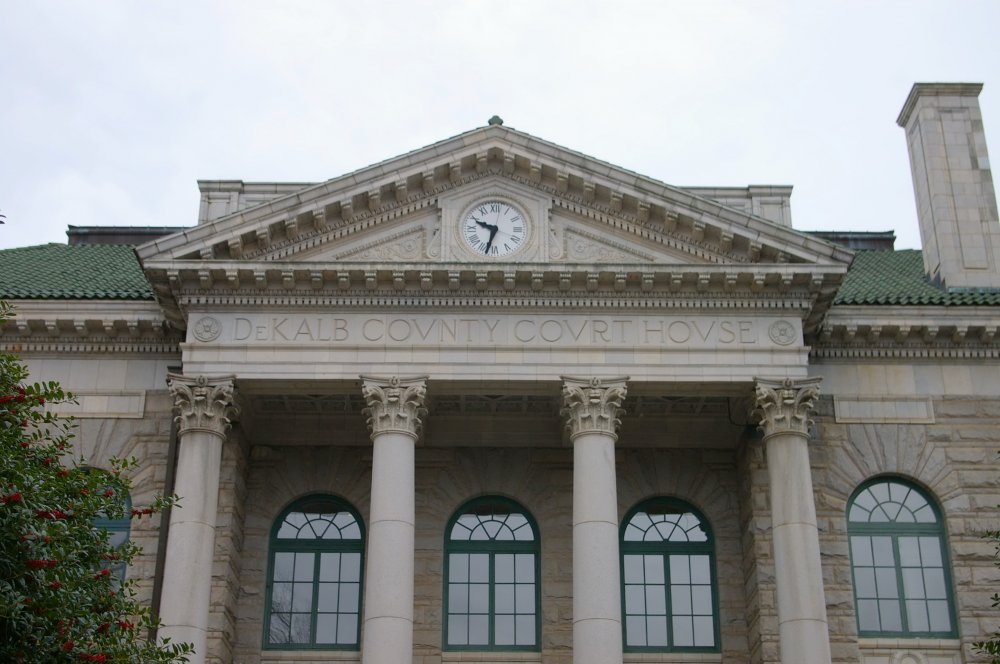 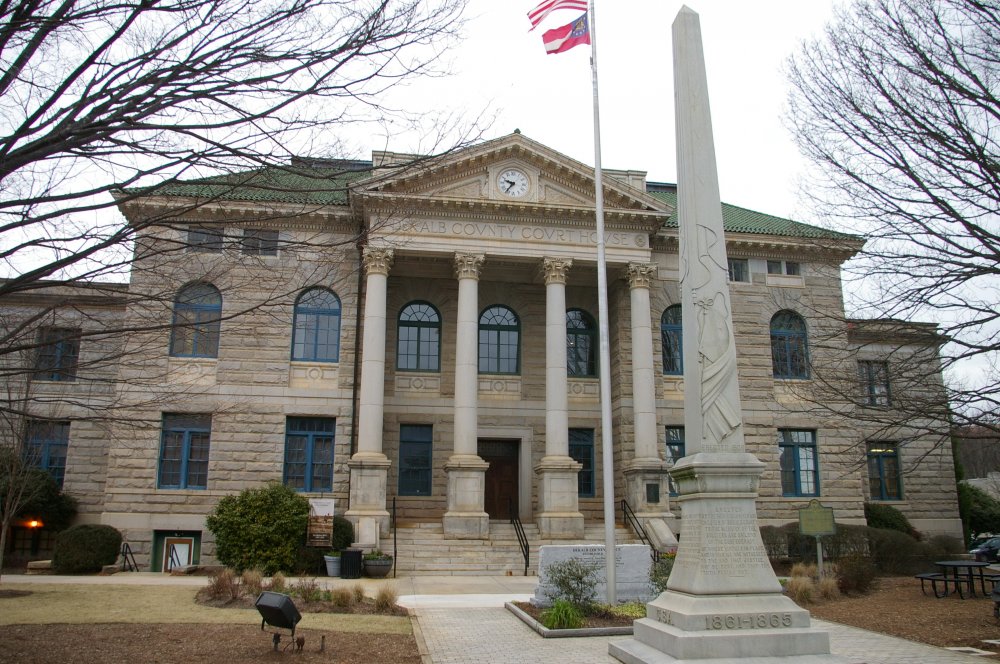 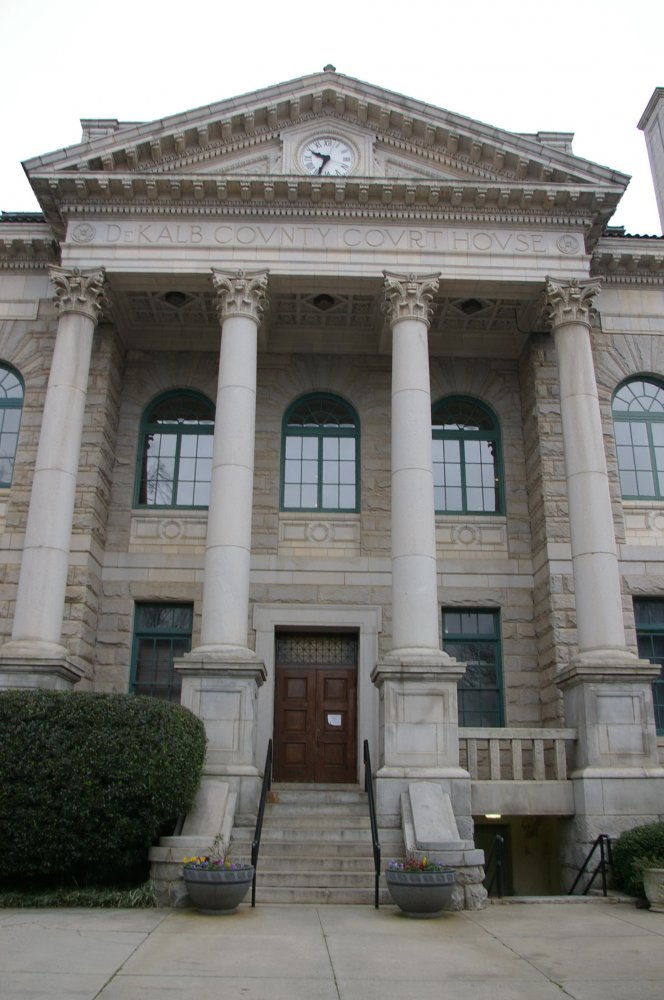 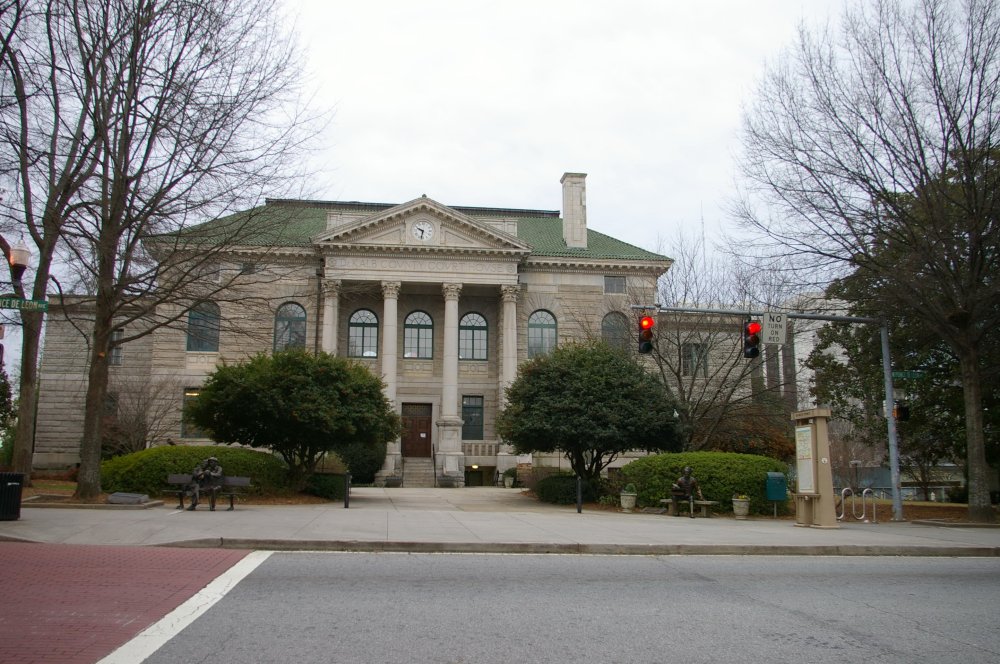 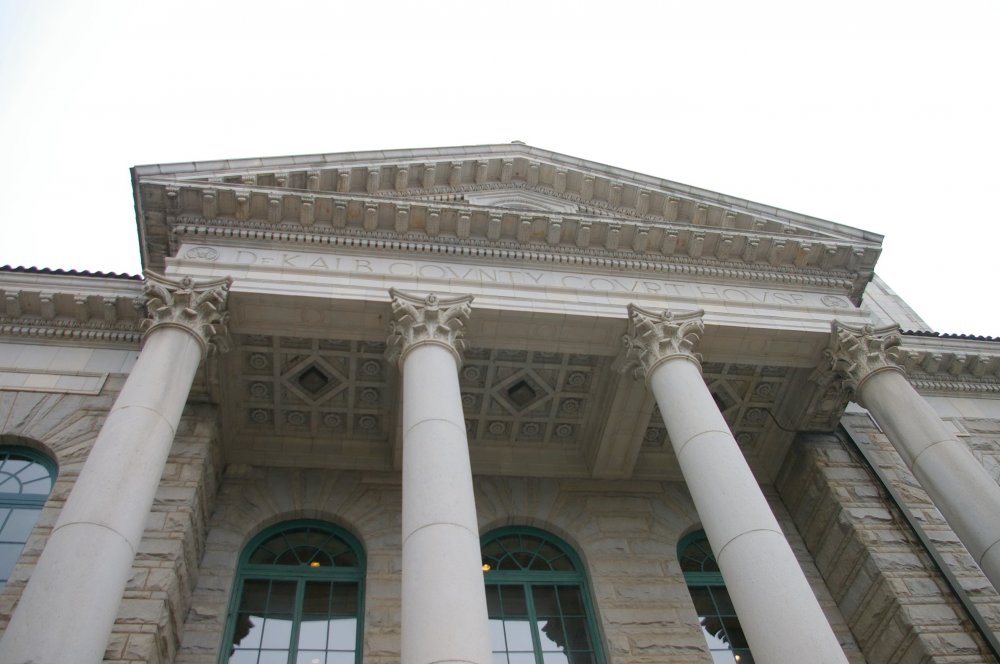 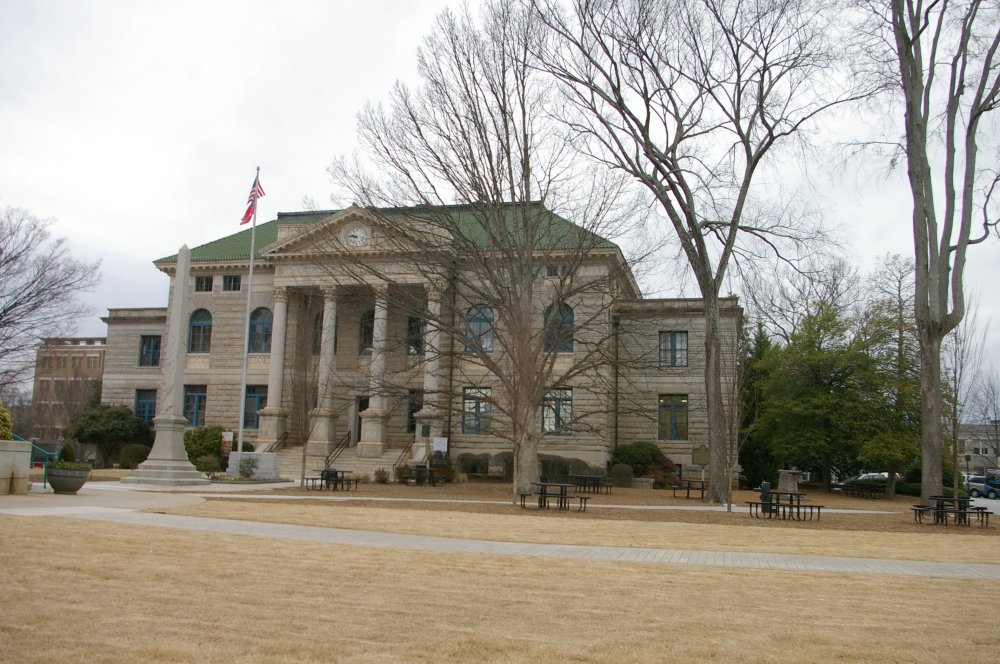 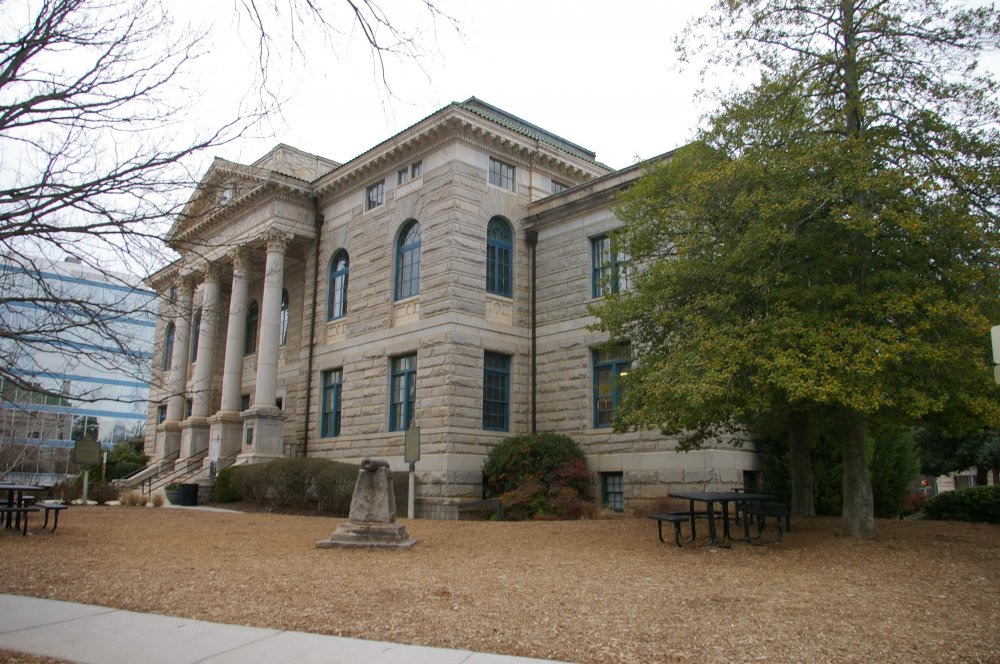 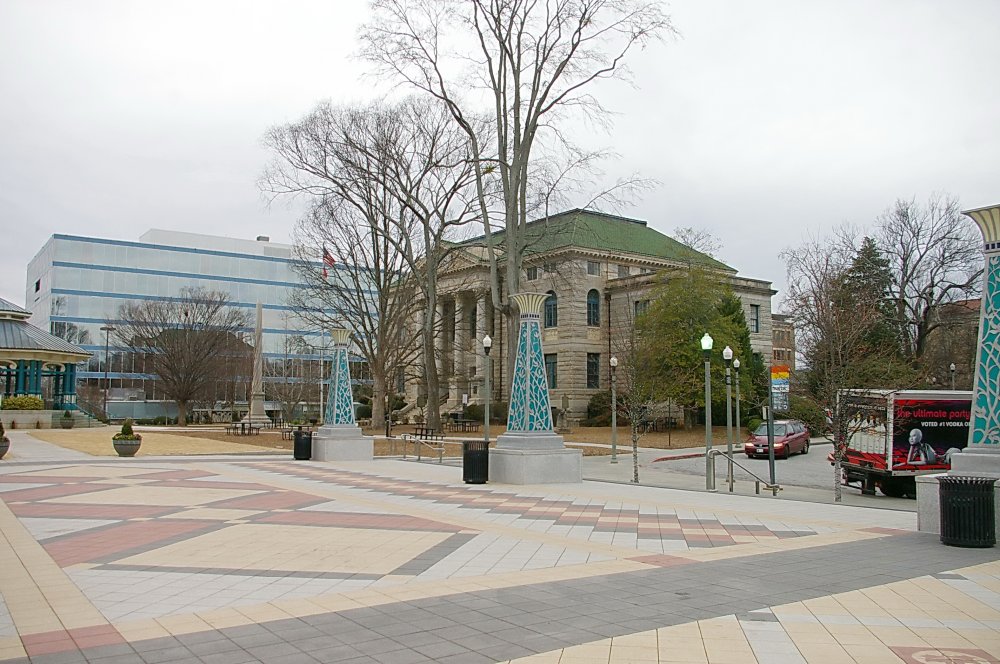 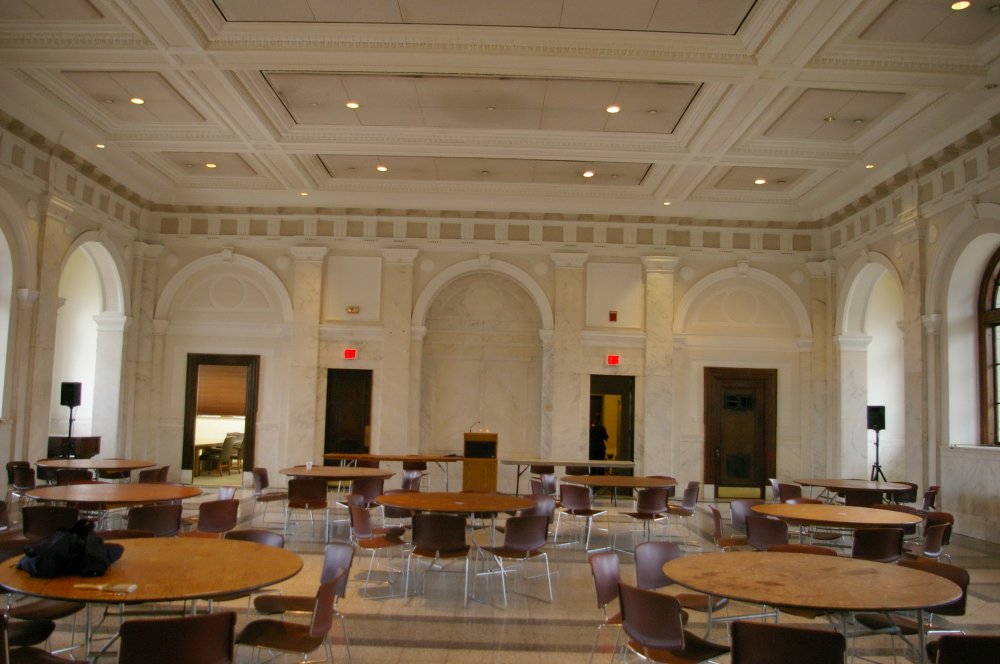 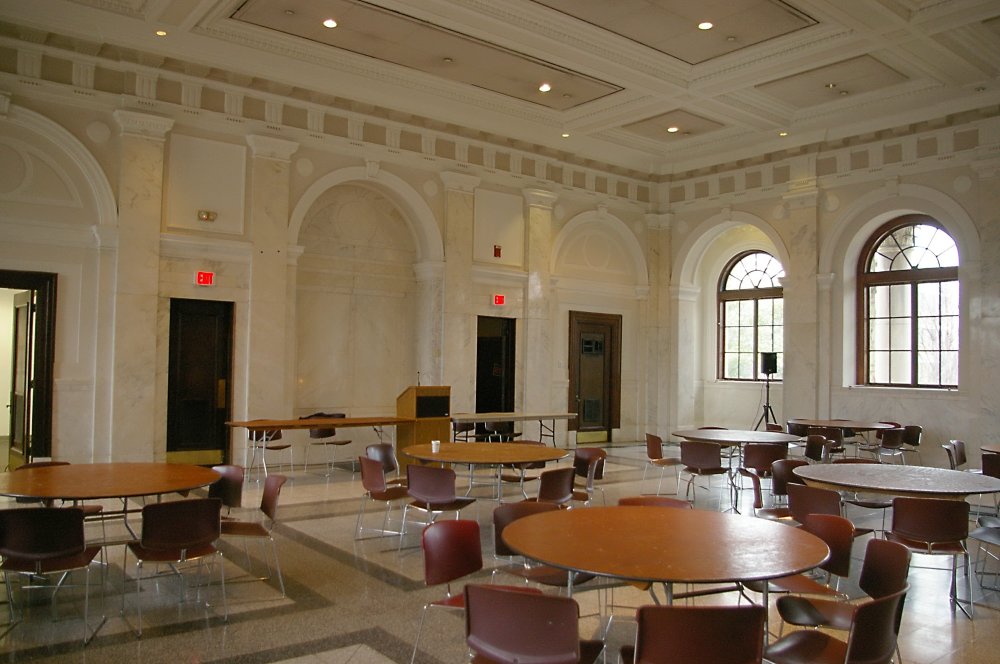