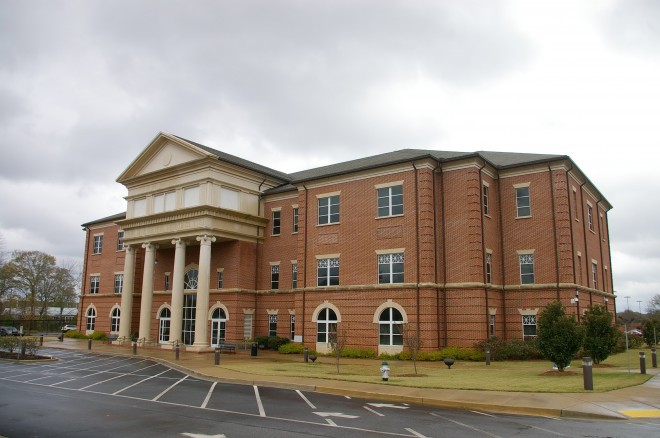 Coweta County is named for the Coweta Native American tribe.

Description:  The building faces west and is a three story red colored brick and concrete structure. The west front has a large portico supported by four high columns rising to the top of the second story with enclosed section on the third story. The first story windows are arched. Horizontal stone trim runs above the first story. The building is the Coweta County Justice Center. 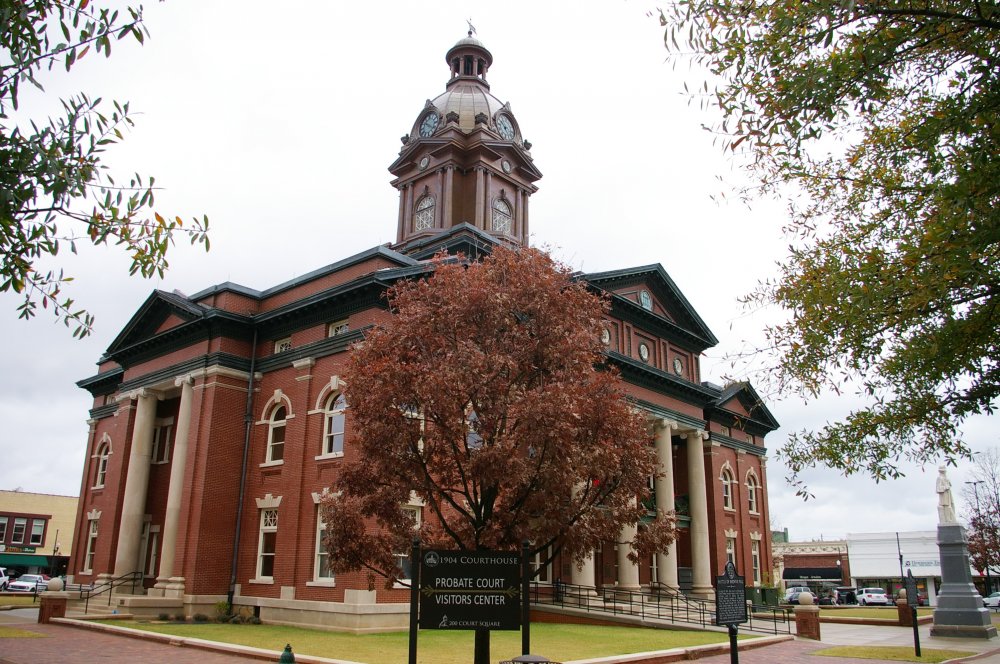 Description:  The building faces east and is a two story red colored brick  structure. The east and west fronts have porches with four high columns. The north and south porches have two high columns. On the center of the roof is a large square cupola with dome roof, clock and small cupola at the top. The building was renovated in 1989 to 1990. The building was renovated in 2005 and serves as the Probate Court and Visitor Center. The architect was Lord, Aeck & Sargent of Atlanta and the contractor was Headley Construction.

Note:  The first courthouse was designed by William Hitchcock and built in 1828. 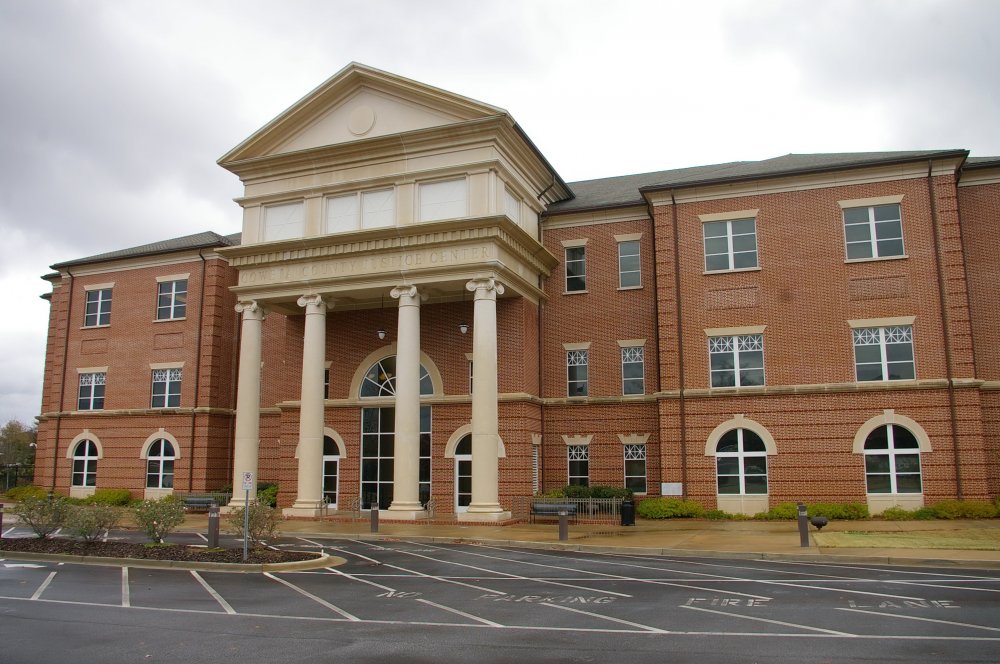 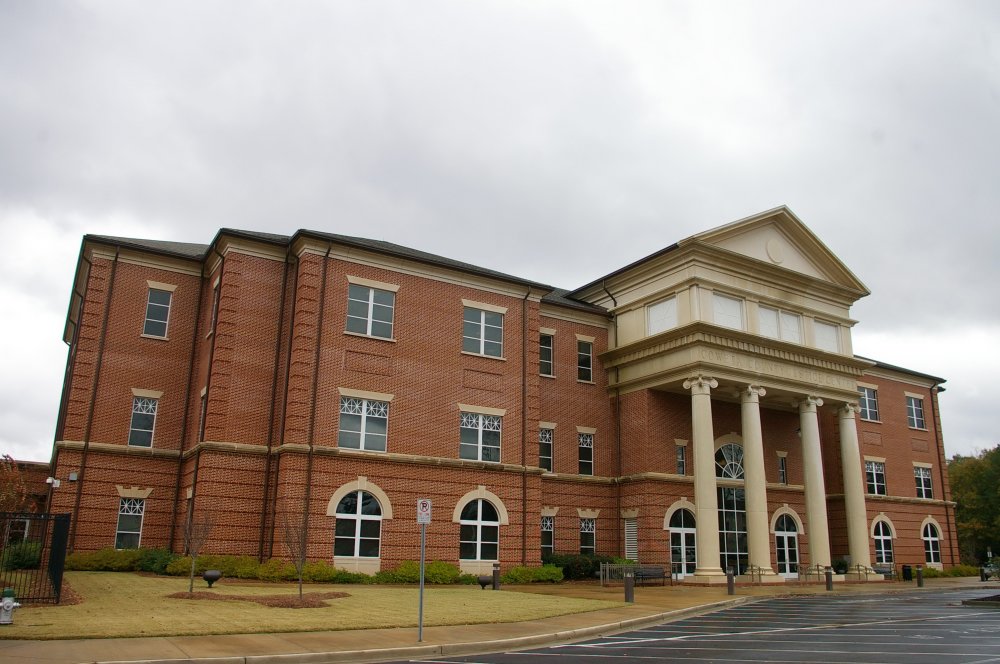 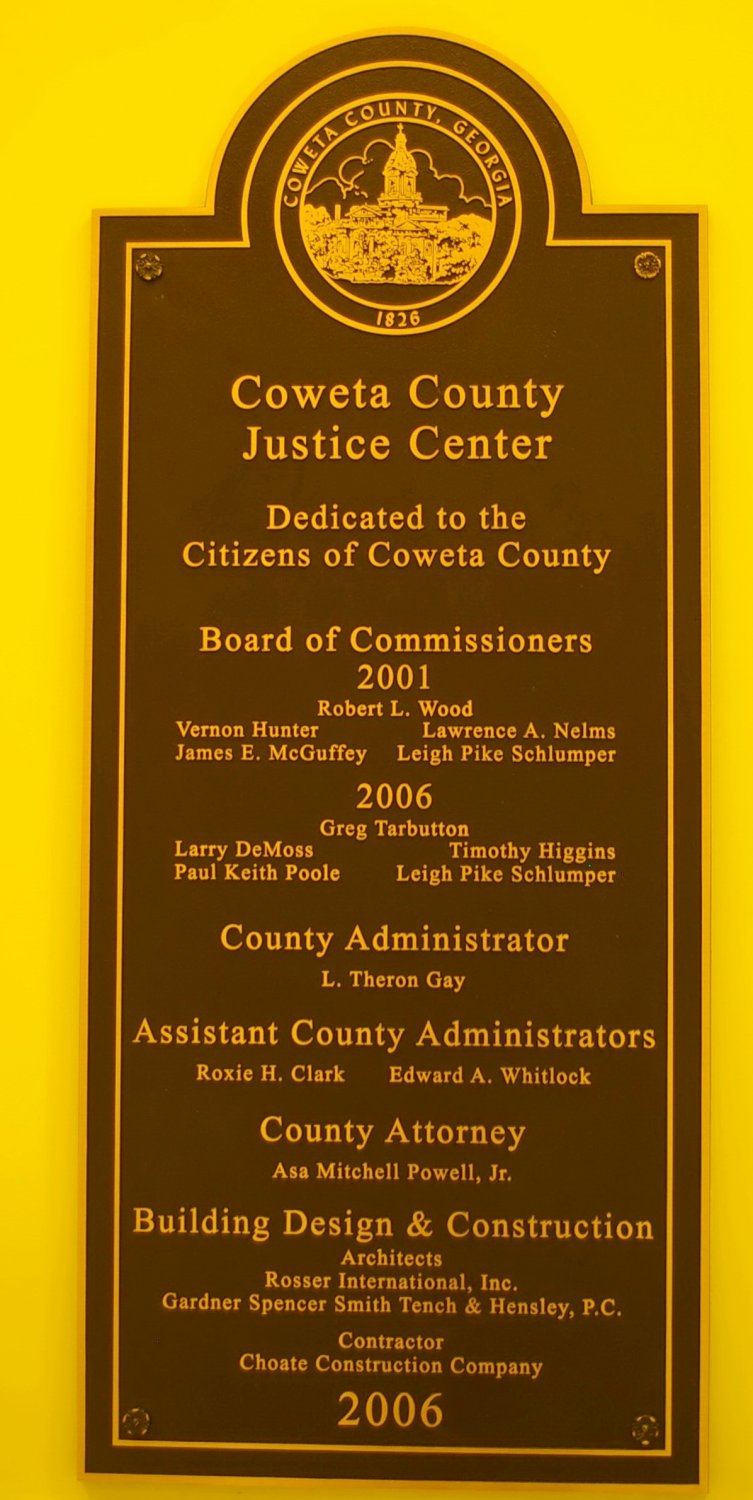 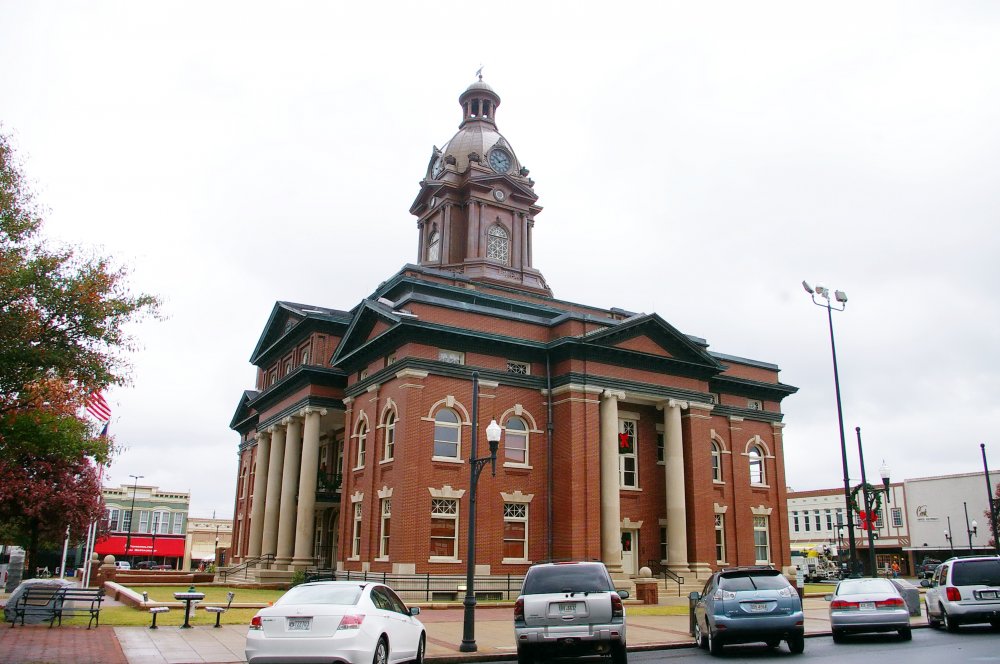 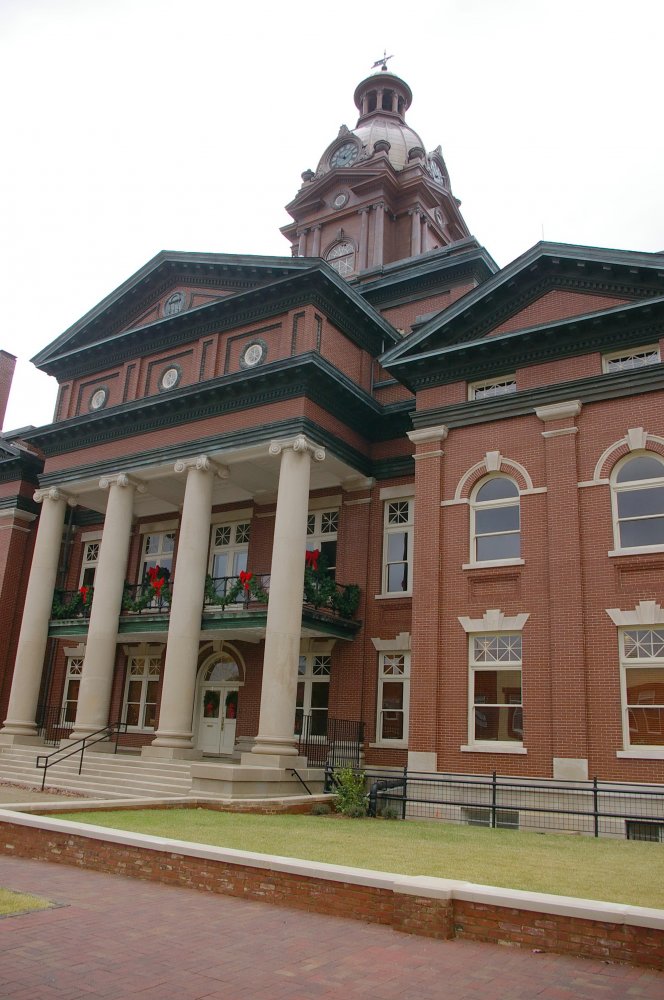 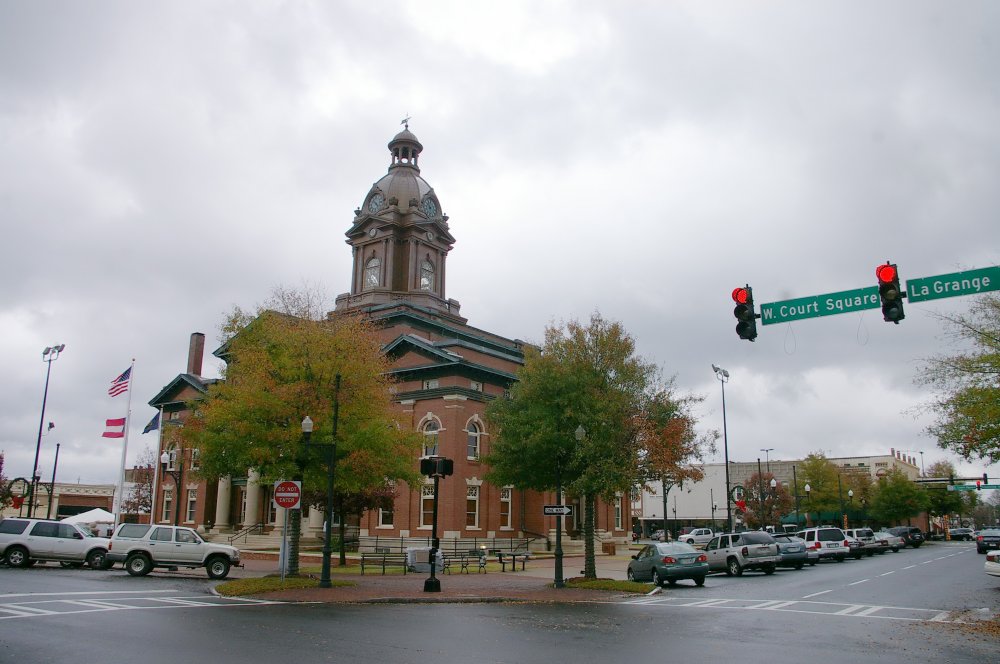 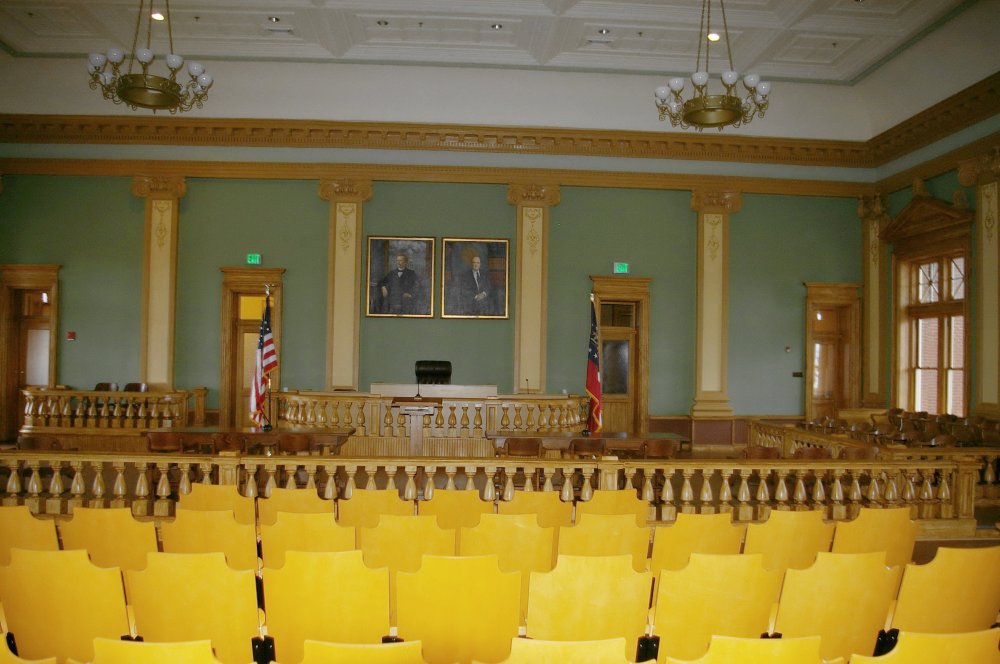 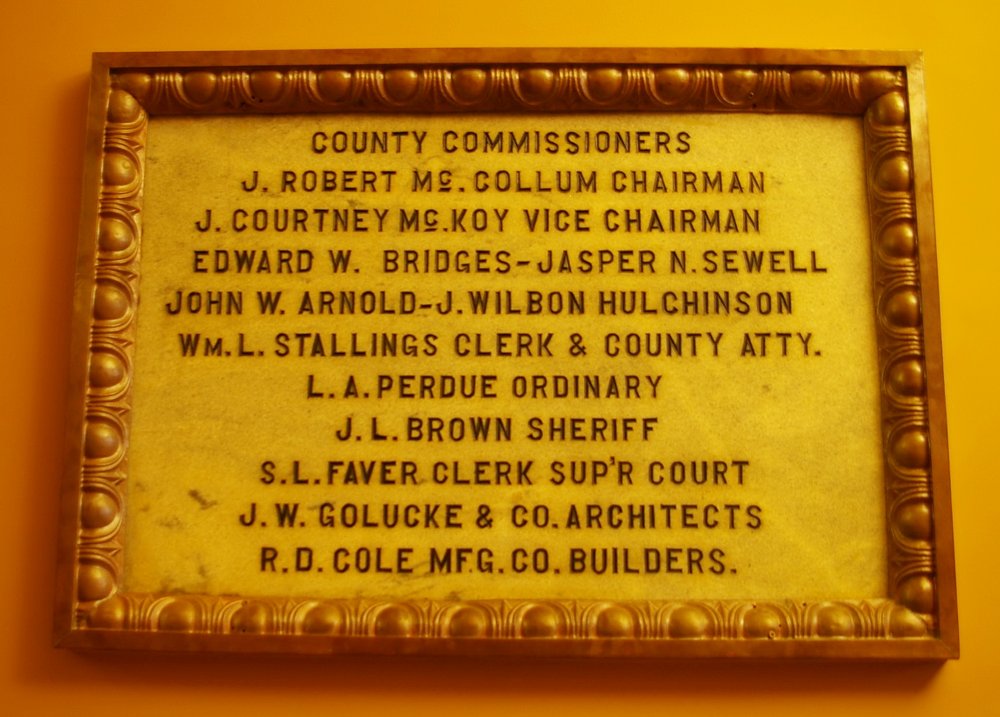 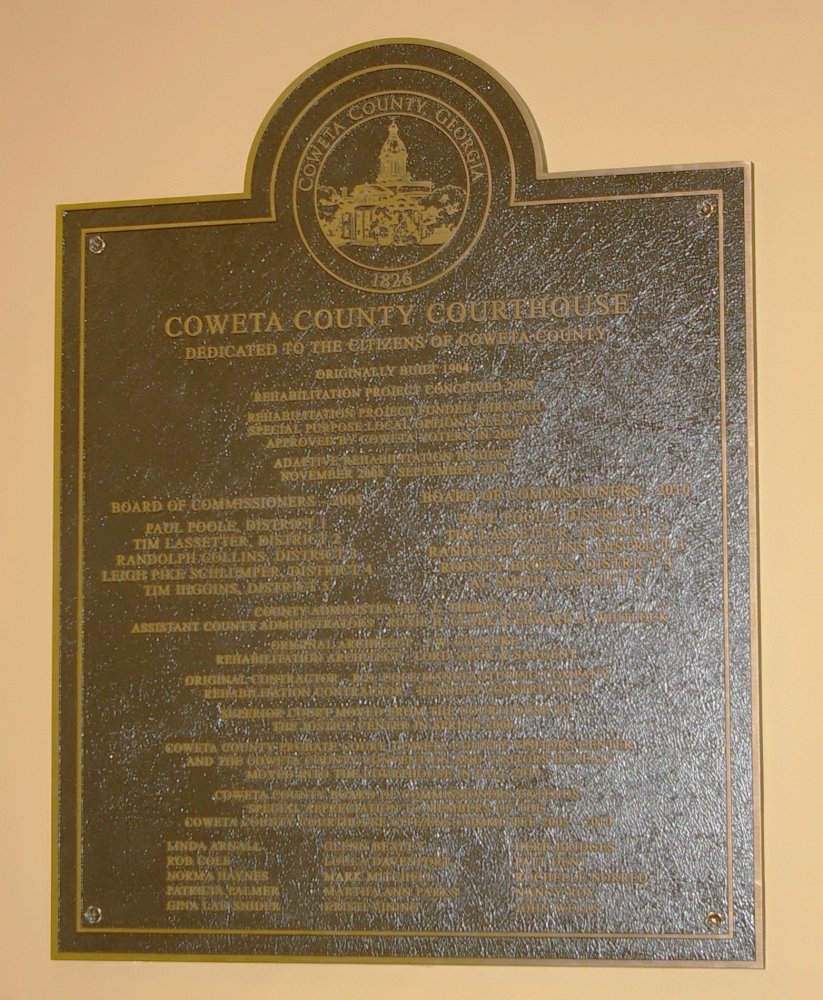