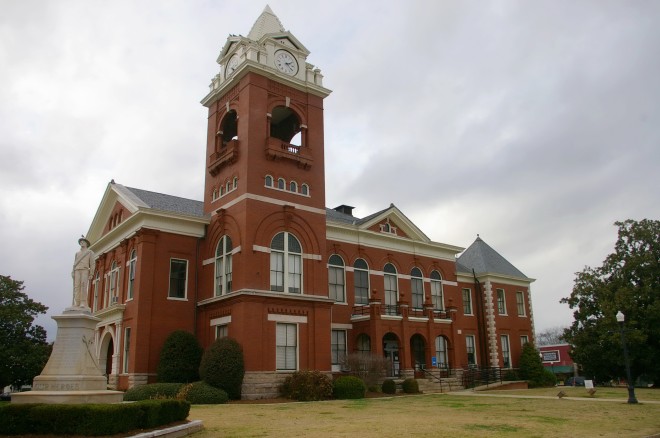 Butts County is named for Samuel Butts, who was a member of the Georgia Militia killed in the battle against the Creek Indians during the War of 1812.

Description:  The building faces east and is a two story red colored brick and stone structure. The building is located on landscaped grounds in the center of Jackson. The south front has a central one story porch with three arches and balcony on the second story. On the east side is a large square dark red colored brick clock tower with open arches on the third story and clock and steep roof above. At the west end of the building is a large square tower with sloped roof. The roof is hipped. 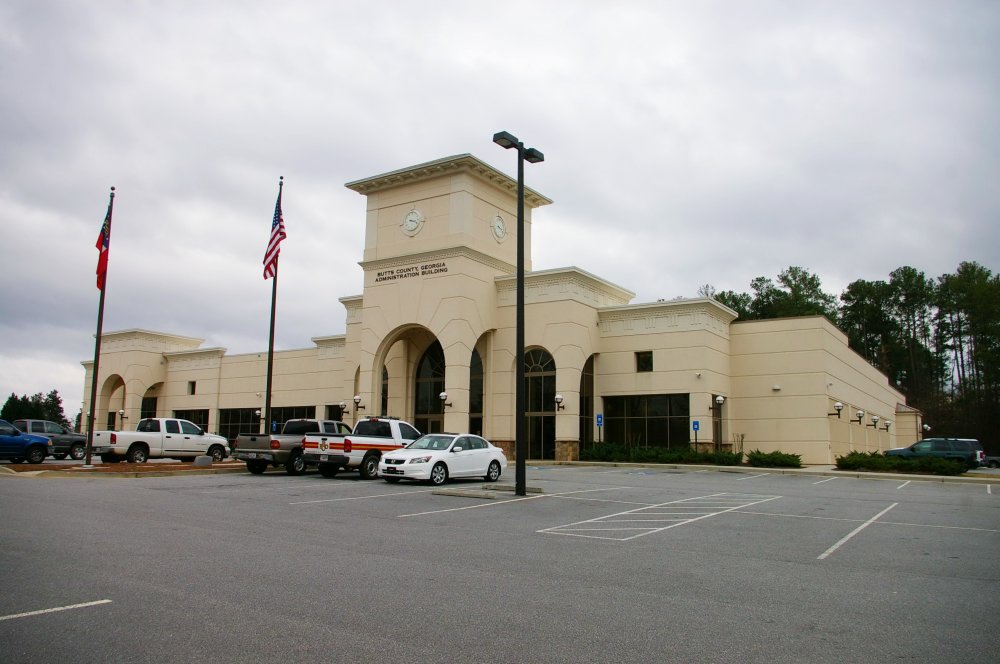 Description:  The building faces north and is a two story cream colored stucco, glass and concrete structure. The building is located on spacious grounds on the west side of the center of Jackson to the west of the courthouse. The north front has high porch rising to a square tower with clock. The roof line is flat. 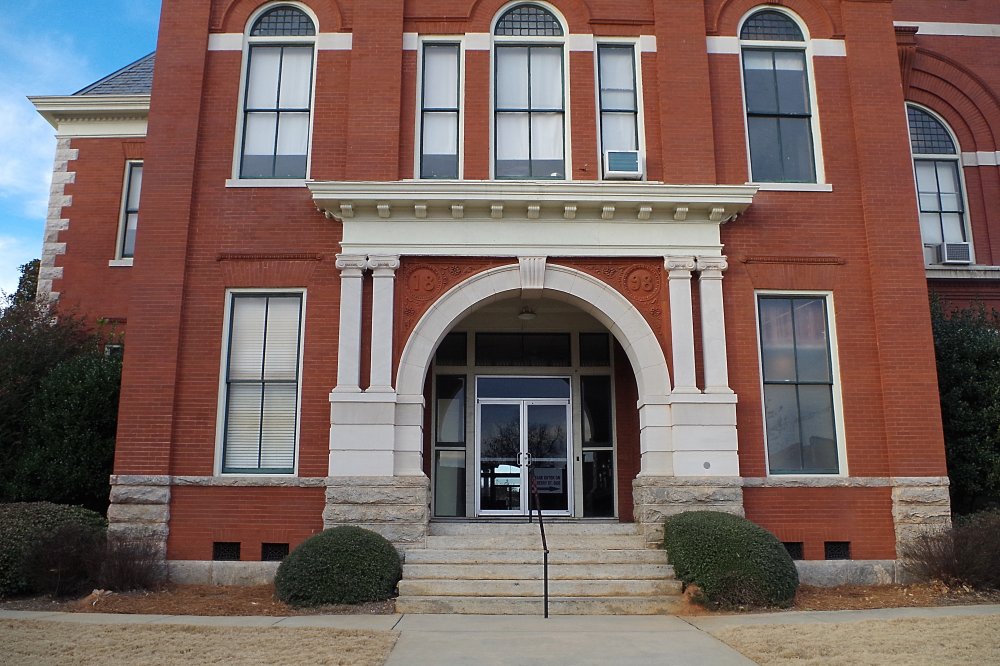